Year seven started in a weird era. I try to keep current events out of daily posts, but this was during the 2020 corona-virus pandemic. My fifth creation ties directly to that.


At the biohacking convention called Grindfest, there is a tradition of electric knife fighting, which could have its name softened to taser-tag. We duel with rubber knives outfitted with weak taser parts, and the most dangerous part has been sharp zip ties, but this next time, we will have the safest tools ever. 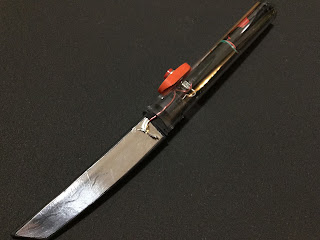 At the next Grindfest, we will have the first exhibition matches where folks can bring homemade electric weapons, and I wanted to make an example so people know what they can expect to face in the ring, and hopefully inspire them to make their own. I made an electric sword with the same techniques I learned with the knives. 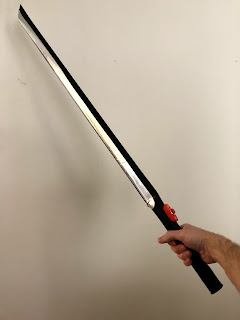 I made a square key for a lock I encountered at work, which wasn't something I needed, but it was such a simple lock, I felt obligated to make a key. The measurements and print took a day, and when I came to work, I had a workable model.

Sometimes an invention starts with elaborate designs that have to be simplified, but when something cannot be reduced any further, it is fair to call it complete. This was the case when I tried to make a device that would mark the 2/9 fraction of any metal bar. 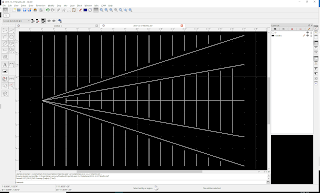 I got a cloth mask from work to protect myself during the 2020 pandemic, but it had ribbons instead of elastic bands, so putting it on was cumbersome. I designed a magnetic buckle that would tame the straps. 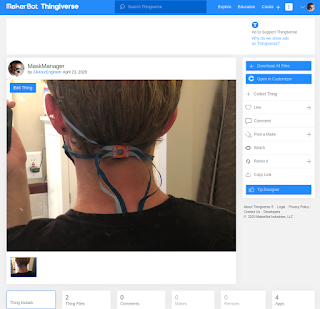 The Stepped Tone Generator by Forest Mims III came out in 1984 and has been copied many times, often under the name Atari Punk Console. I have never seen an Atari Punk Console made with long touch resistors, so I changed that.

I plan to make electromagnets for some future projects, so I made a device that will sit on a hex shaft and monitor the rotations and speed. HexShaftMonitor was my first time using an M5StickC, a microcontroller bundled with a slew of sensors, a screen, and a battery.

The EWC_OST or "Electronic Windchimes - Original Soundtrack" plays instruments at a preset volume and probability based on a couple of sliders. I can switch between these "moods" gradually or abruptly and create a dynamic story on the fly.


After I print something, I need to clear the excess resin, so I use a stir plate and alcohol bath. The problem is that the prints want to fall to the bottom and hit the stir rod, so I designed and printed a platform that would direct liquid through the container.