June 28, 2014
More exciting than the primer article that was written was the tennis ball launcher competition between a friend and I. In truth it was not a competition as much as a time for us to shout, "Ahh, let me shoot it next." He brought two launchers, one looked like a heavy-duty slingshot and the other looked like a siege weapon. No, I'm not kidding. 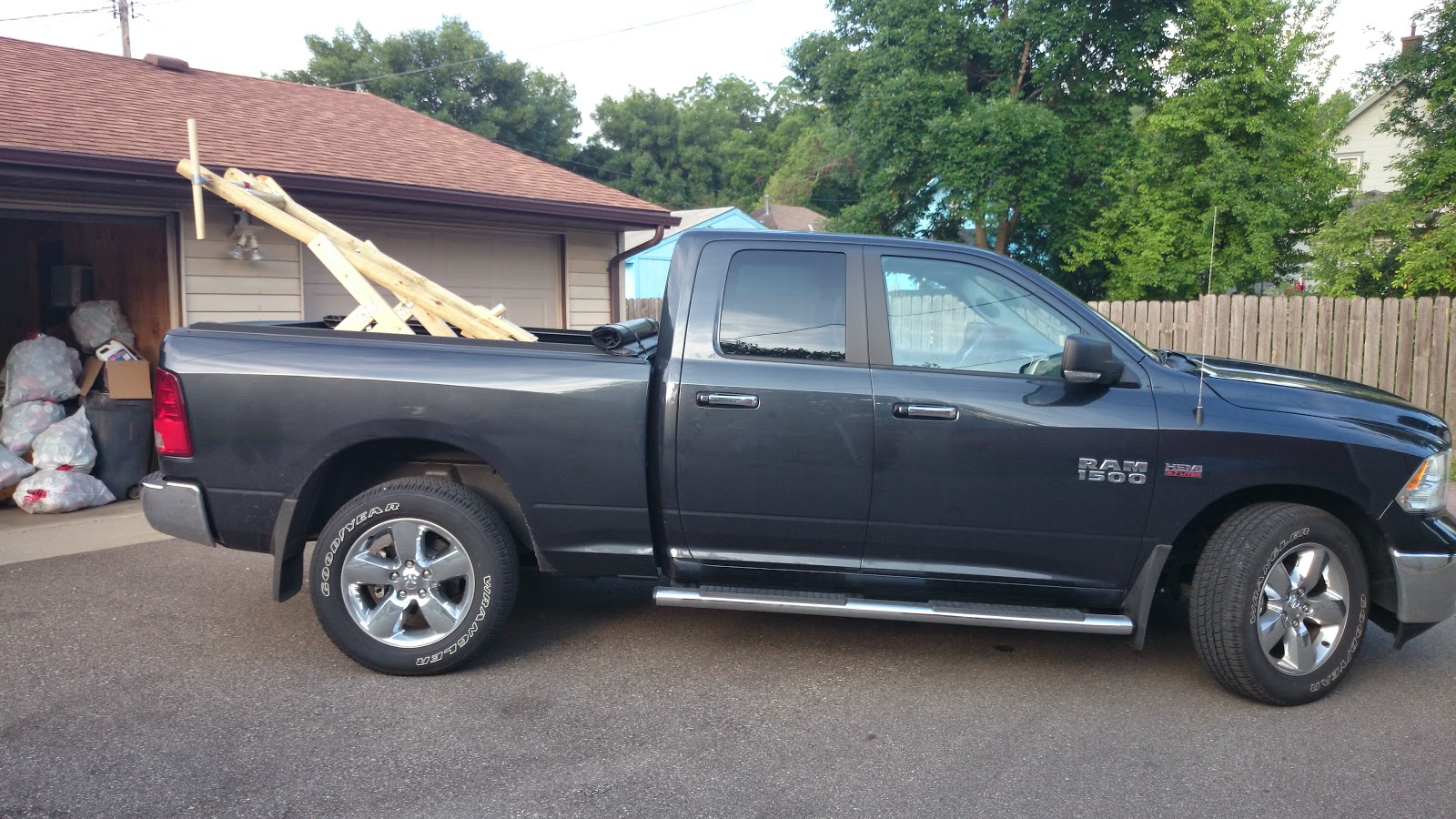 It needs a winch to load. The winch is part of the design which he built from scratch and imagination

The release mechanism has the most engineering and worked marvelously


My launcher was not the most popular and after viewing his monster I'm not disappointed. The intelligence and material he used were easily the most interesting. I look forward to another competition with him and I hope it simply becomes another instance of, "Oh oh, I want to try it next!"


Grinding, a Primer
To encourage the hacker mentality a magnet-ring was constructed from a loose magnet and a plastic coated paper clip. The mange was many times larger than an implant in order to get a similar effect it it can easily be felt next to a microwave and it in fact comparable the current implant. The paper clip was coiled around the post of the magnet but a similar experiment with a plain disc magnet had the magnet held in place by virtue of its own magnetism and the ferrous make up of the paper clip. Both were effective demonstration tools. A 360 degree rotating view was made from a series of pictures and GIMP software. 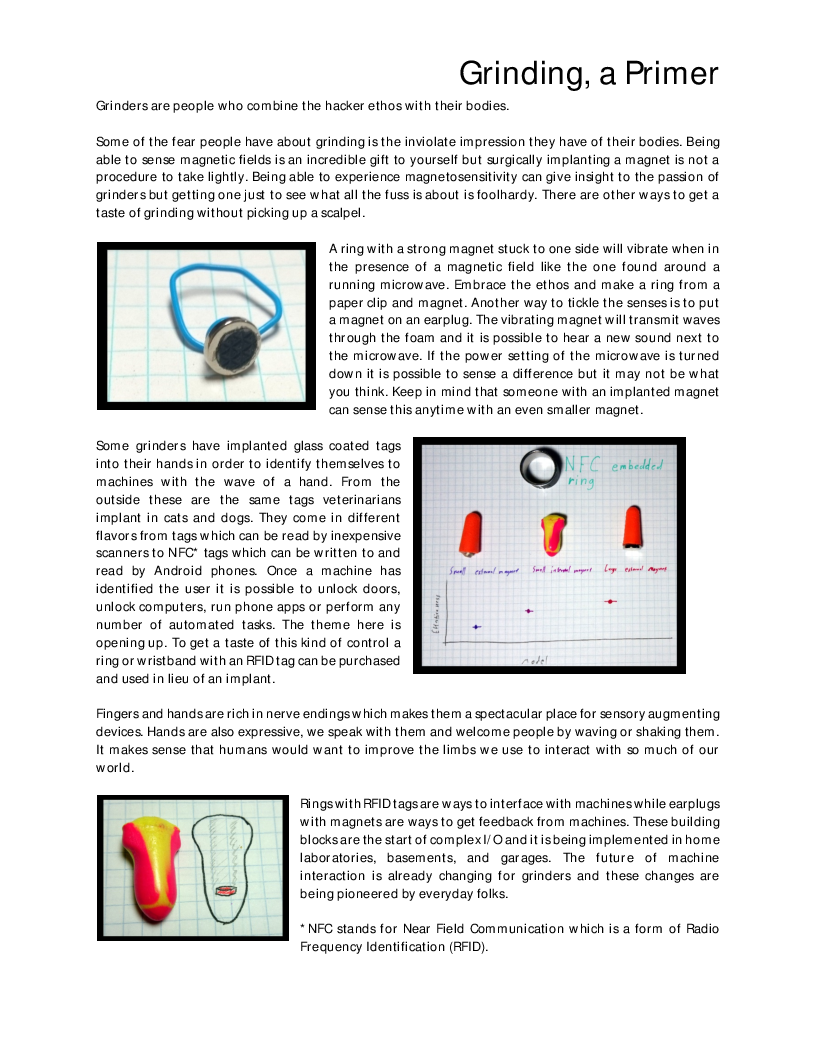 The article was revised so no names appear anywhere. The 3D printable ring was removed since the license required the creator to receive attribution. The paper clip version's photograph took its place.