March 11, 2014
The ESPeri.Impass is a work in progress for an implantable compass.

The people at BioHack have been working on the a similar idea for a while but they want to make their compass with electronics whereas I want to make mine entirely mechanical.  To learn more check out the Northpaw by Sensebridge and the Biohack forum.  I post on that forum under the name McSTUFF.

My design aims to eliminate the electronics in favor of mechanics so that no rechargeable battery needs to be implanted and should extend the life of the implant.  Primarily I like the idea of an implant which can be installed and need no maintenance yet always be working.

In my opinion the North Paw is a wonderful and intuitive design but not suitable for implantation.  My design hopes to be highly implantable but clearly at the cost of robustness.

Currently, the ESPeri.Impass is a compass spinner inside of flashlight tube.  The idea for a spherical magnet is appealing since it would reduce the complexity of the compass spinner.  You can look at my older designs in the Biohack forum thread.

When I carry the current prototype I can feel the compass spinner jostling around and banging against the post which holds it and the shell which surrounds it.  I hope to direct this jarring motion into feedback that corresponds to direction.  In other words, I want the jostling feeling to be different when I'm facing north.  Maybe there would be a sharp clang when I walk north and the rest of the time it would be muffled.  This might be possible by making a ring around the spinner so it thumps on a rubber surface for 330° but for the remaining 30° it would be a metal-on-metal clang.  I could tell the difference, hopefully, and therefore know when I'm walking north.

Enough background.  The previous writing is an explanation and catch-up.  The following is what you can expect on a daily basis.
----------
The wearable compass was carried on a 45 minute walk.  During that time only a few sensations were noticeable on the whisker which may not have been due to the internal spinner.

Two ideas were conceptualized which rely on a spherical magnet which can freely spin on a flat surface. 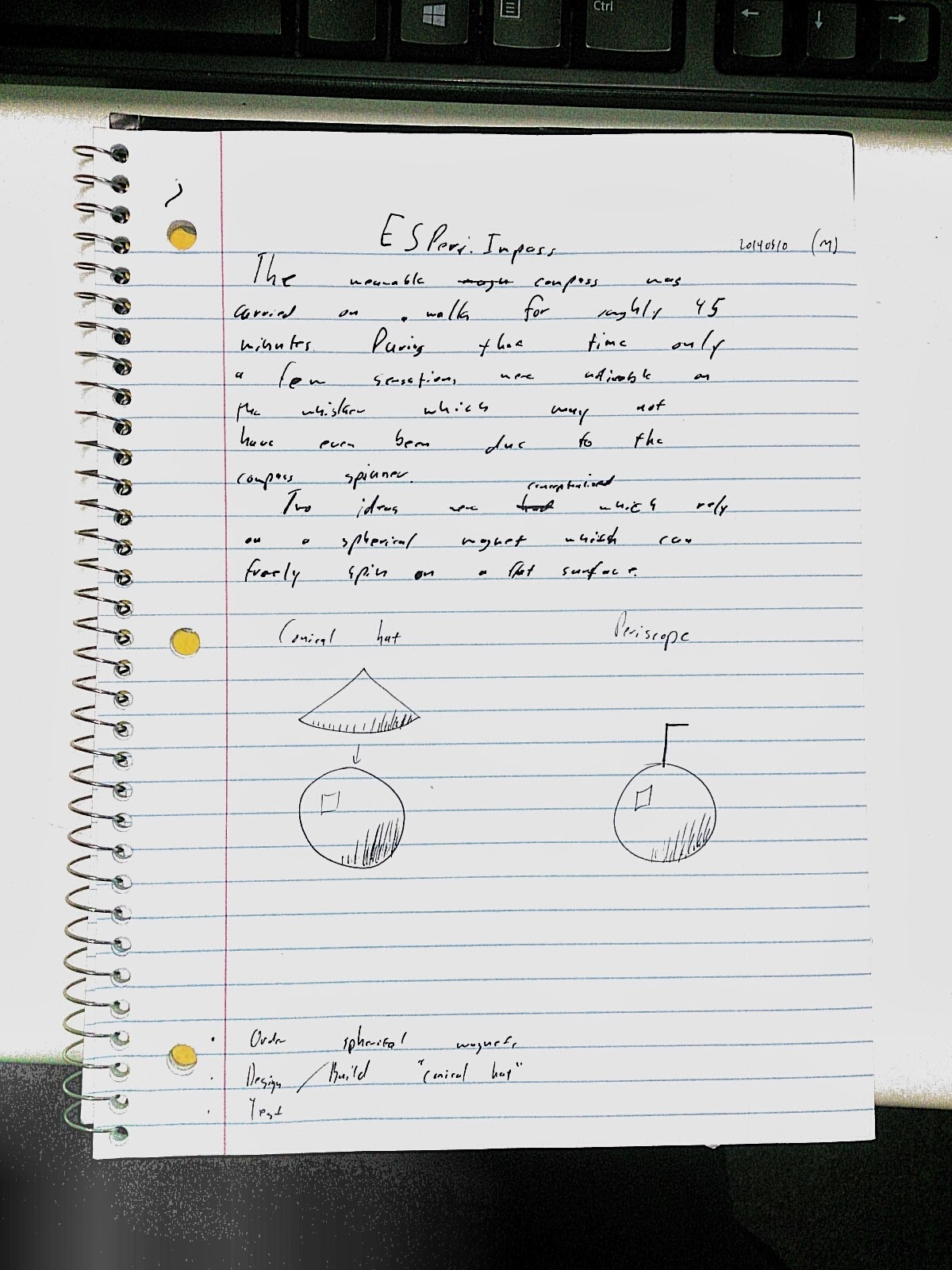