March 12, 2014
I don't work on one project at a time.  I focus on a few with even more in the background.  The good news is that the ASETNIOP hardware keyboard is a new project so unlike everything else you aren't starting to read it from the middle.

ASETNIOP credit belongs to these guys.  In short, ASETNIOP is a virtual keyboard which relies on pressing combinations or "chords."  It uses 10 buttons, one for each finger, so a user can type without moving his or her fingers from the buttons.

Speaking of chords, there is a neat video where a person types by using an electronic piano.  They dub over the microphone so you can't hear what I would assume would be a cacophony as the person uses the piano as a typewriter.  The concept is cooler than the soundtrack I'm sure.

The concept of musical typing isn't new.  This guy used a guitar to write an email and you get to hear the guitar as he "writes."  He is also a great example of using the processes you know to make something that didn't exist before.  Conversely, he made an extremely complicated system.

I've considered building a hardware version of the ASETNIOP keyboard since I first learned about it.  With many Arduinos capable of emulating a USB keyboard it should be relatively easy to build and program a hardware version of an ASETNIOP keyboard.  I've emulated a mouse and keyboard in the past with a Teensy 2.0 and a DigiSpark.  Using a Trinket should be similar since they use the same family of ATMega µcontroller. 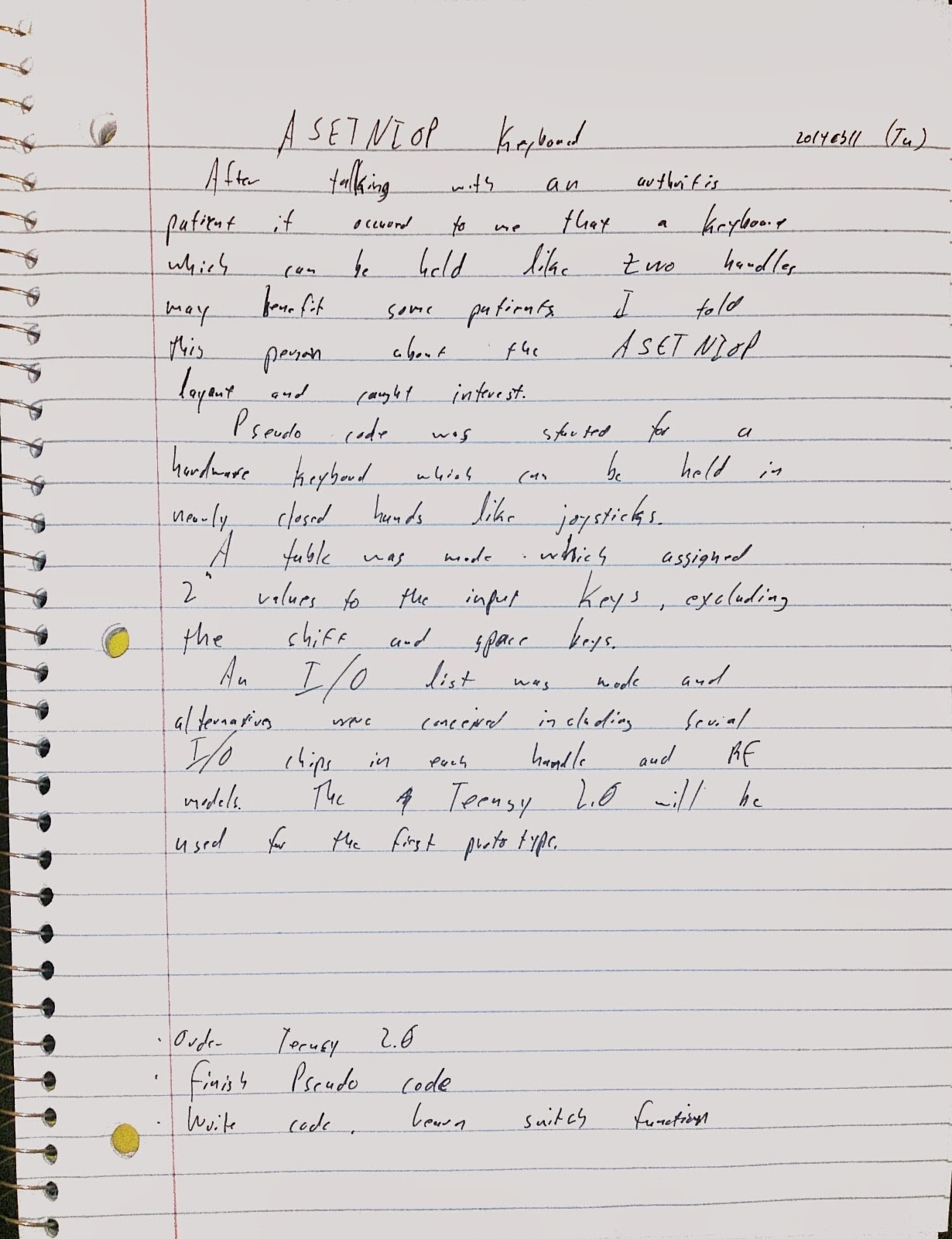 After talking with an arthritis patient it occurred to me that a keyboard which can be held like two handles may benefit some patients.  I told this person about the ASETNIOP layout and caught interest.

Pseudo code was started for a hardware keyboard which can be held in nearly closed hands like joysticks.

A table was created which assigned 2^n values to the input keys, excluding the shift and space keys.

An I/O list was made and alternatives were conceived including serial I/O chips in each handle and RF models.  The Teensy 2.0 will be used for the first prototype.