March 12, 2014
I started writing a book over a year ago.  I'm quite a ways in.  Trying to fill you in on the story would be laborious.

The gist is that I'm writing a super hero novel because super heroes are fun to write and I'm really just playing make believe with myself.  I tried to keep the powers away from typical comic book bad asses but there are many characters in this universe which have the regular cocktail of super strength and speed.  Just not my main characters.

Dawson (aka DesertIrish) is the protagonist.  His power is that he can apply power to non-living matter and it will reverse-age.  His brother, Charlie (aka Bermuda), can do the same thing to people.  His sister, Elizabeth (aka Liz, aka Entropy) can affect anything, living and non-living, but deteriorates.

Jason (aka Numbers) has a brain that processes on a different level than ours.  Motor and Head have an inhuman to build and operate machinery.  Heather (aka Paradise) can sense how a machine works by touching it.  Her power doesn't work on living things more complex than single-celled organisms.

Dawson has recently come into a lot of money and has hired Motor, Head, Heather and Jason to help him build a flying ship using technology from a strange artifact.  The flying ship is going to be built using a small WWII submarine. 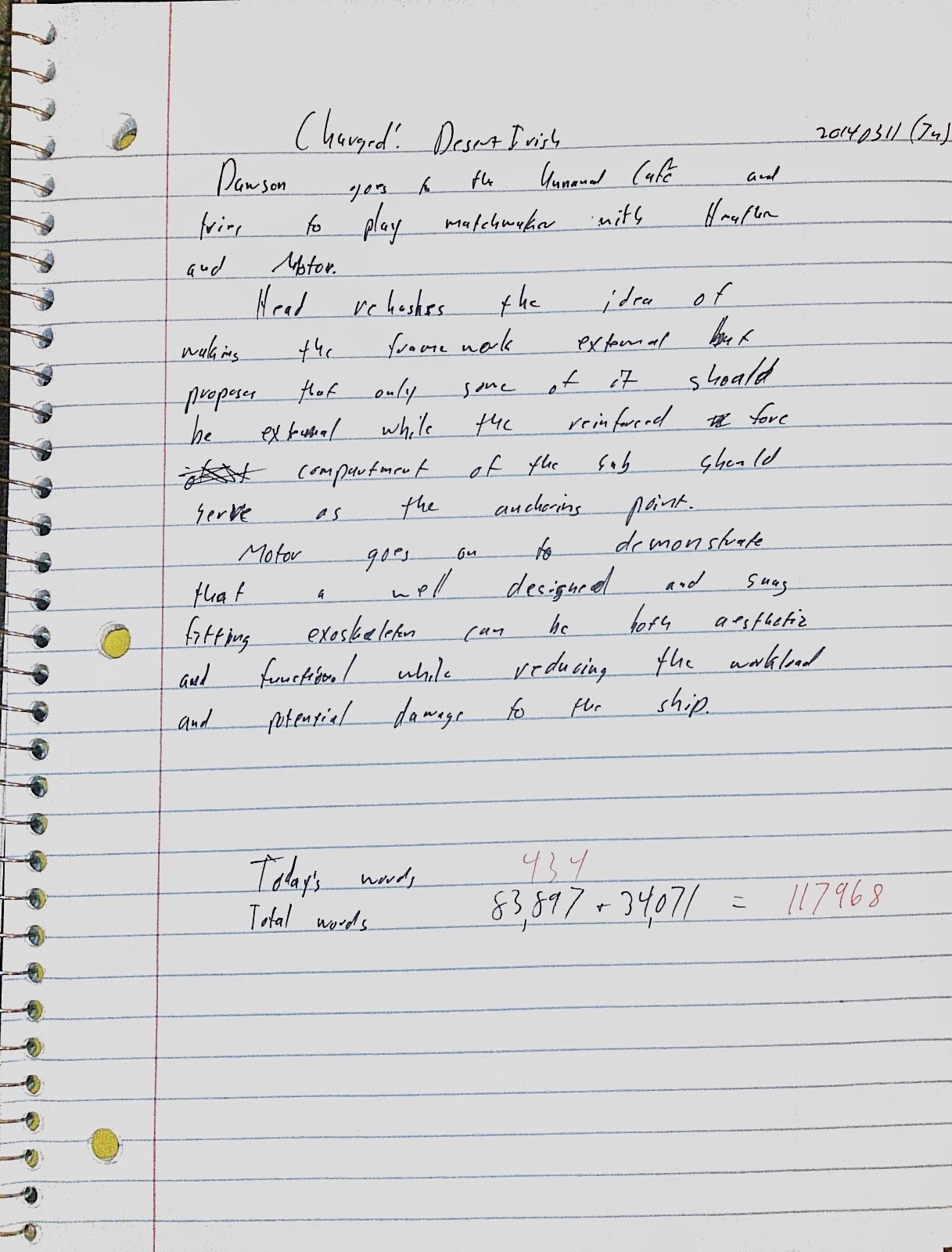 Dawson goes to the Unnamed Cafe and tries to play matchmaker with Heather and Motor.

Head rehashes the idea of making the framework external but proposes that some of it should be external while the reinforced fore compartment of the sub should serve as the anchoring point.

Motor goes on to demonstrate that a well designed and snug fitting exoskeleton can be both aesthetic and functional while reducing the workload and potential damage to the ship.