March 15, 2014
Finding a 2D CAD file for the Digispark was fruitless.  The best I came up with was a dimension drawing.  By no means should the clutter of lines I used for the DigiSpark be considered accurate or reliable.  It has the correct number of pins on the correct sides but that's as far it goes.

Enough background
----------
The schematic for the DigiSpark was added to the drawing.  A NeoPixel was also drawn and attached to Pin 1.  The NeoPixel is planned to be hardwired in the enclosure rather than attach through a connector.

The bounce library was downloaded and installed.  The TinyWire software was presumably installed correctly.

The pseudo code was modified and added to but not much.

To do:
• Write code
• Debug
• Design stripboard for handles
• Build handles and enclosure for DigiSpark 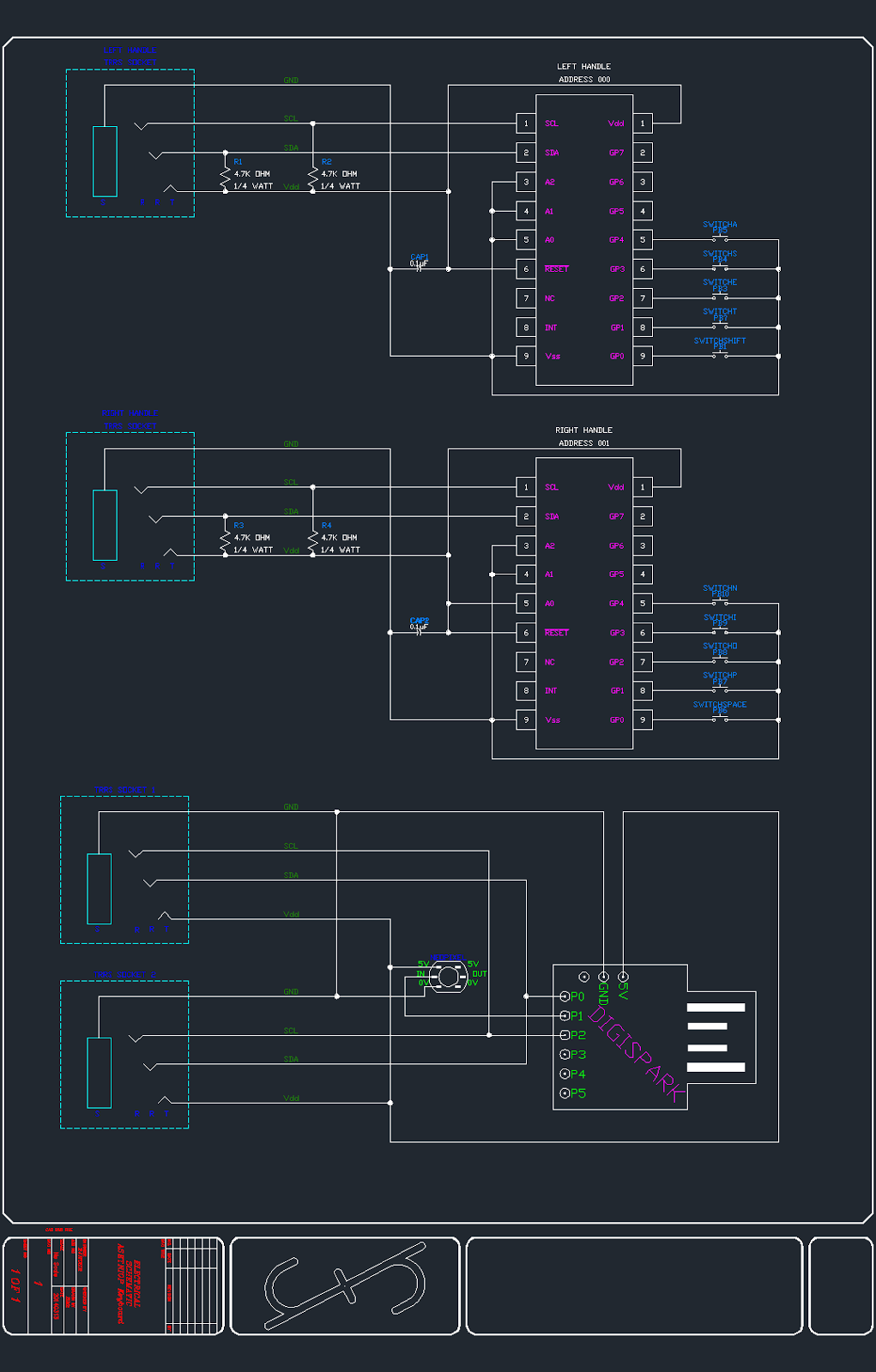 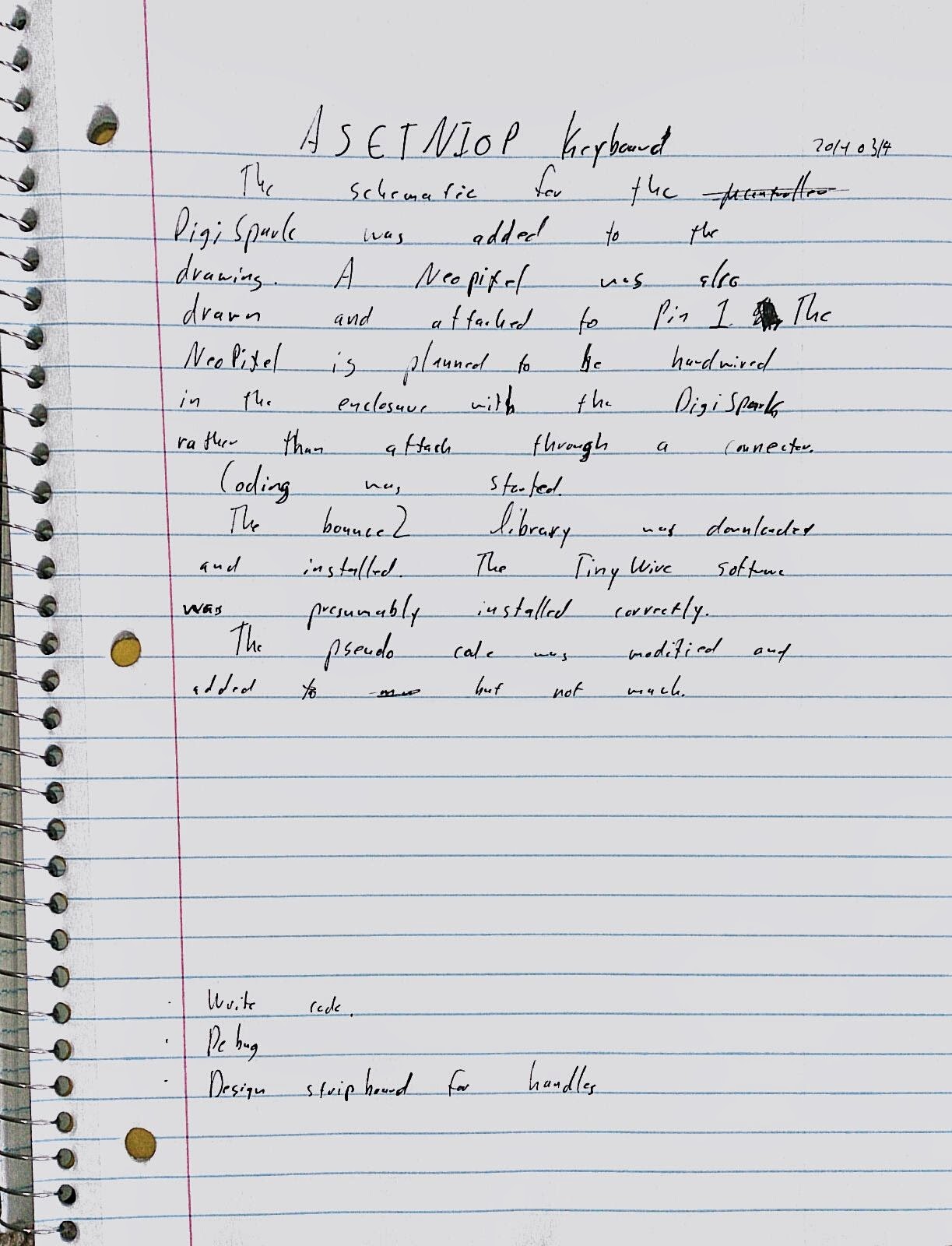