March 19, 2014
On March sixth I posted on biohack.me regarding using a spherical magnet as the compass spinner.  It was to reduce the complexity of the spinner which currently has three parts and needs a sharp post to spin on, usually a brass screw.

The magnets I ordered arrived in the mail and hopefully didn't erase any credit cards on their journey although I doubt they're powerful enough to do that.

The magnets I ordered were N35 (power) 10mm ø (diameter) spheres.  I found a pair of them on eBay for less than $6 (US Dollars).  My keyboard is out of parenthesis now.

Enough background
----------
A spherical magnet was observed to understand its characteristics.  Originally it was assumed the magnet would rest horizontally and its poles would face magnetic north and south.

Colored labels were applied to the poles of the two magnets and observed in the presence and absence of each other.  Each magnet behaved identically.

The magnets naturally pointed down rather than north.

A small plastic jar with a flat lid on the inside was modified to have a hole near the edge.  The hole was large enough to fit a 30 gauge wire and sealing hot blue.  The wire was trimmed so that the sphere could roll by without touching it but the small disc magnet would tap the wire whisker.

The idea is that the whisker will only be tapped when facing north or if the compass is at a severe tilt.

The slamming action of the spherical magnet in the plastic jar is hard to ignore.  It may work to pad the jar or install bumpers to keep it in place.

To do:
• Install padding in the jar
OR
• Install buffers to keep the magnet confined
• Test 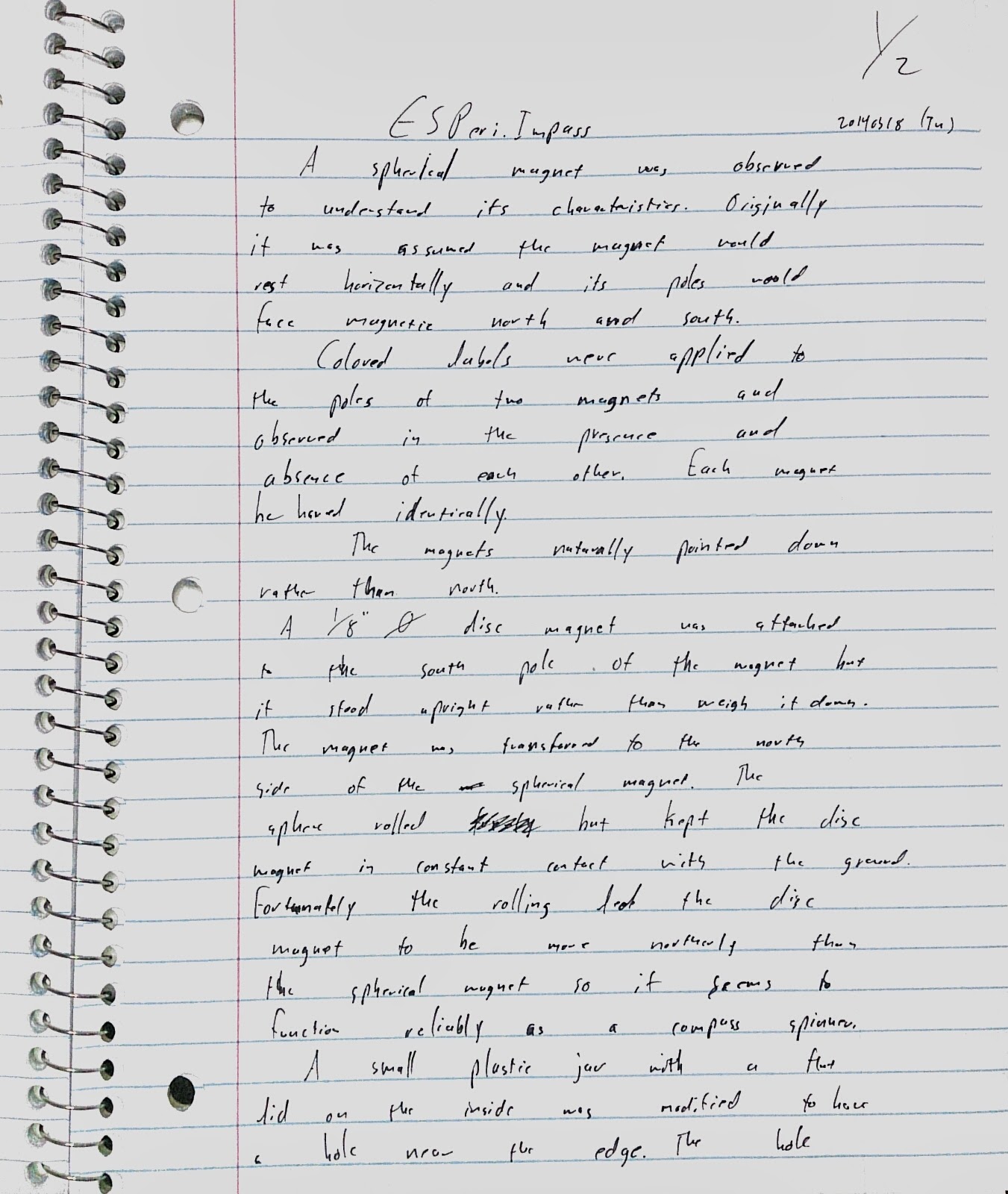 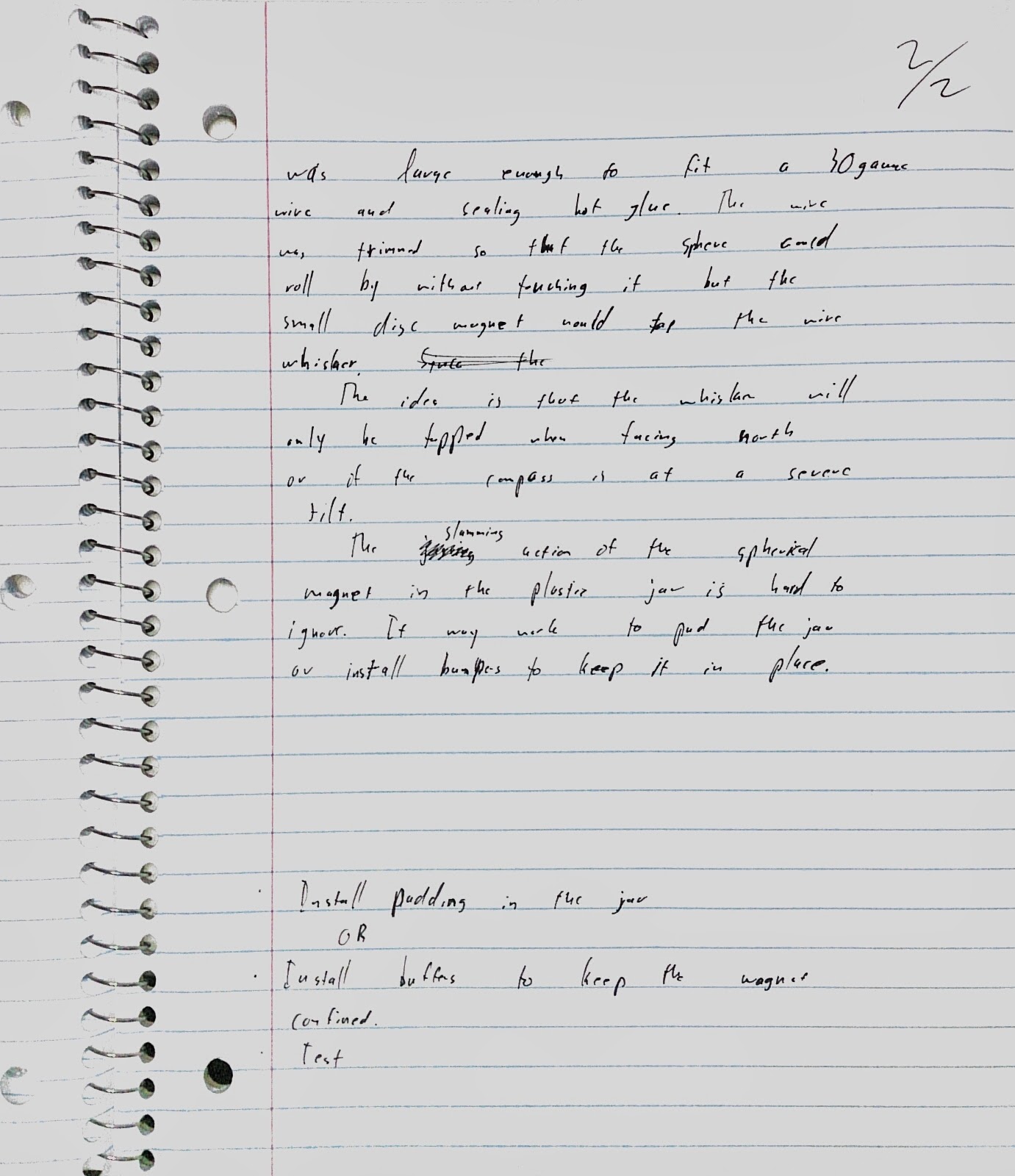