March 26, 2014
Sometimes things do not go according to schedule.  There is probably a life lesson there but programmable hardware is notoriously tricky like that.  I can budget X hours for a project at work and it'll take 0.8X hours just to get a computer to talk to the hardware.  There's a lot to be said about using the same hardware on different projects.

That is where Arduinos are nice.  Usually.

The USB-native Arduinos like the Leonardo and Micro have their problems because they don't rely on a USB-to-Serial chip. There are upsides and downsides and workarounds.  Boards like the Teensy, Digispark and Trinket are also USB-native boards but since they're not actual Arduinos they aren't supported by the official software release.  Each producer for these boards provides their own modified version of the Arduino software which has been tweaked to talk to their board.  The installation instructions have extra steps and I can spend an entire day just trying to get hardware to talk to the computer.

Enough background.
----------
The first step to programming the Digispark for this project is to get the USB keyboard functionality.  This is a built-in library bundled with the Digistump distribution of the Arduino software.

The software distribution was downloaded and installed.  The first attempts to download code to the Digispark were unsuccessful. The correct a.) Board b.) Programmer, had to be selected.  The Digistump version of “Blink,” which raises pins 0 &1 and lowers them, was downloaded.  Digispark models have changed which pin contains the on-board LED.

The USB keyboard example was successfully downloaded and modified to “type” a custom message. 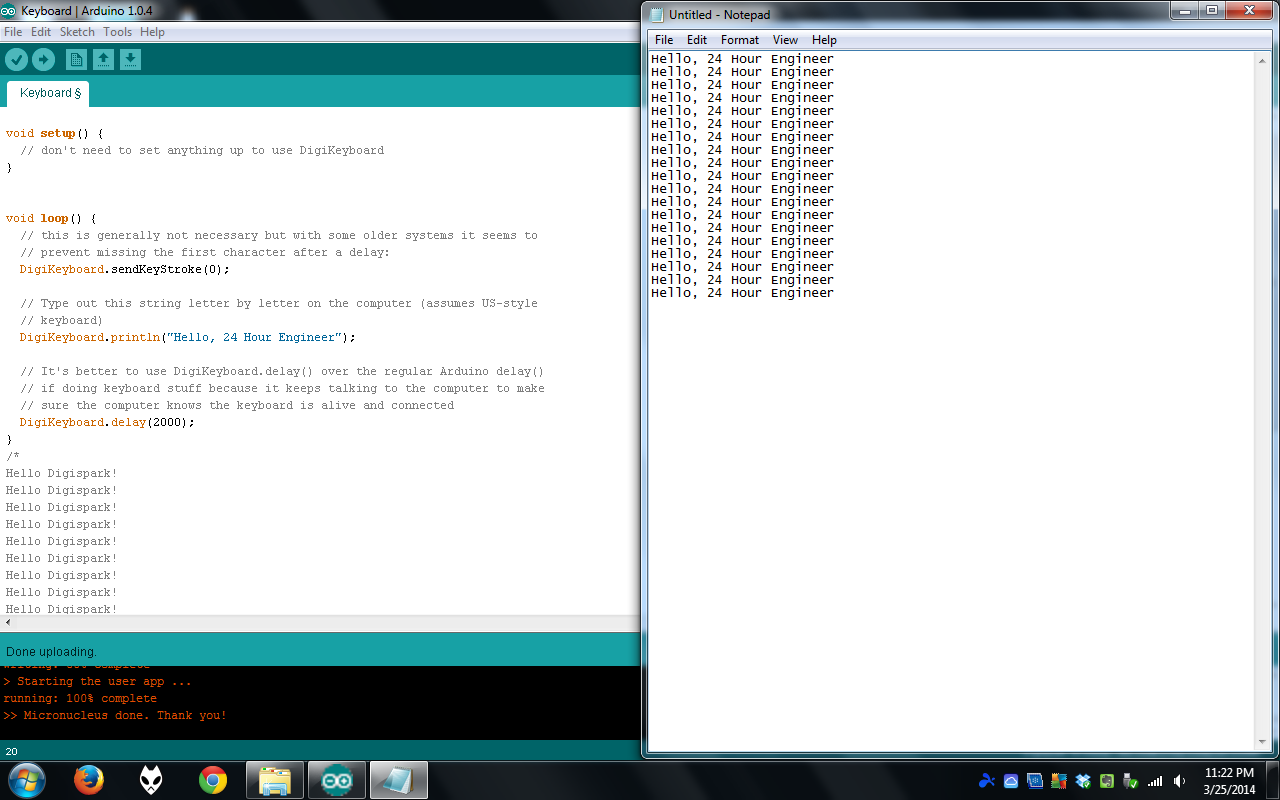 A messaged "typed" by the Digispark in Notepad 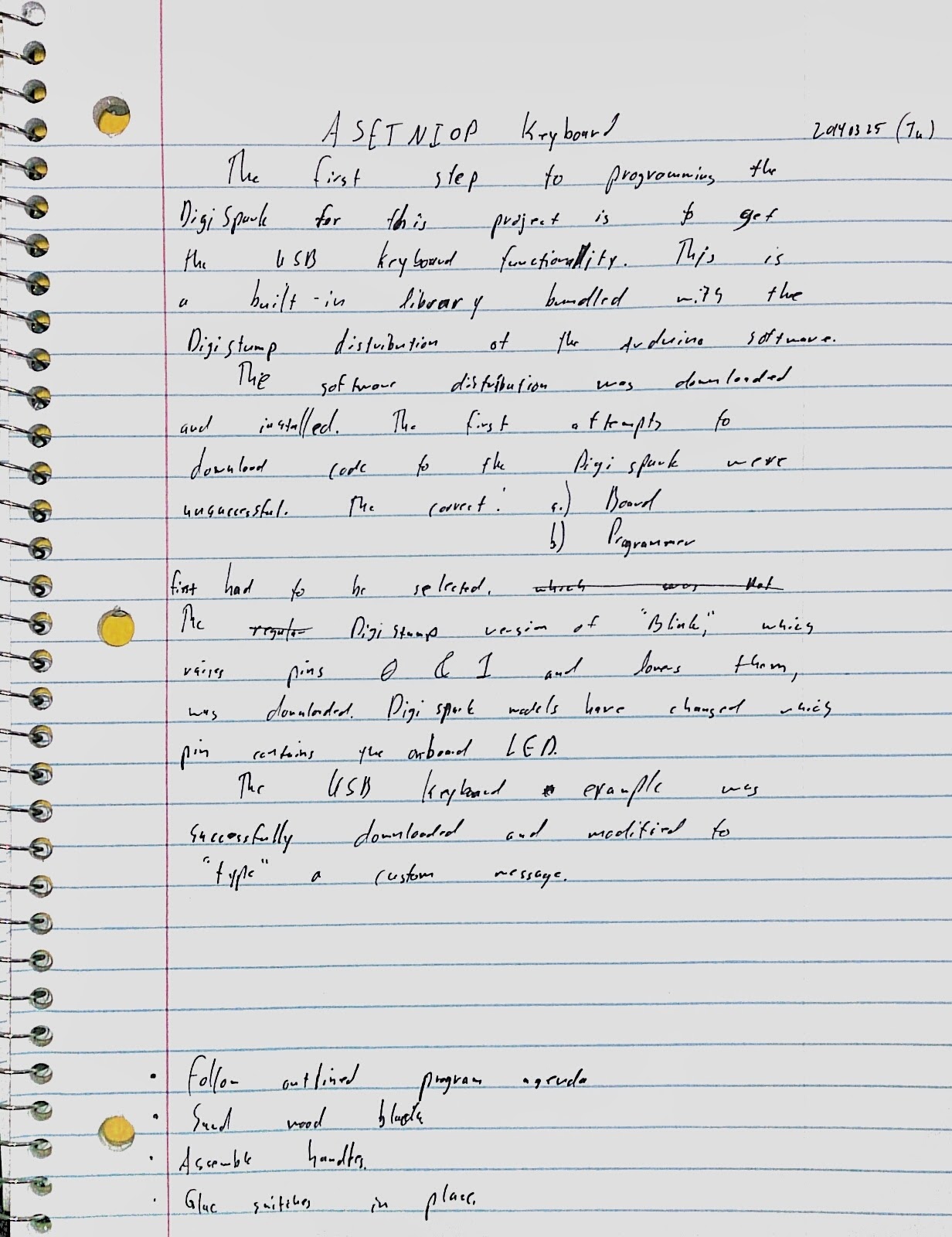