April 01, 2014
Sometime when I hit a speed bump I work on another project.  This isn't nearly as productive as it sounds.  Not ultimately.  In the past I've started and completed whole projects in the interim of a speed bumped project.  However, any project I consider worth my time is worth finishing so when a speed bump changes into a roadblock it's frustrating.  Sometimes a day's break is all I need to get my bearings and that is healthy.  Right now I'm facing a roadblock and I think writing about it is my best bet.

I'm worried that I don't have another good option if using the TinyWiresM library doesn't give me communication.  I'm also worried that the communication between the handles will be messed up with my untested wiring.  I could check the continuity of the wiring to reassure myself.

Contingency plans are nice.  I know that if the TinyWiresM library doesn't work I can probably modify the standard I/O Expander library to use the TinyWiresM library.  If that fails I might be able to find someone’s cobbled I/O Expander project for a Digispark, Trinket or other ATTiny85 Arduino project.  If all those fall through I can probably find help on the Digispark forum from a moderator.  And, if all those fall short I can try to talk to the I/O Expander at the bit level by setting pins HIGH and LOW and reading bit by bit from the I/O Expander's serial message.  That would be tedious but I would know the protocol pretty well.

Seeing all my options in writing is a relief.
Enough background.
----------
An improved design was built for the shotgun mic mount.  This design uses a 3" PVC coupler rather than 1 1/2" PVC pipe.  The length of the coupler was also shorter than the PVC pipe so the same rubber bands could be used to hold the mic.

The PVC coupler was modified in the kitchen using a round rasp.  The mounting hole was drilled with a 13/64" bit and a hand drill.  The same drill was used to tap the hole. 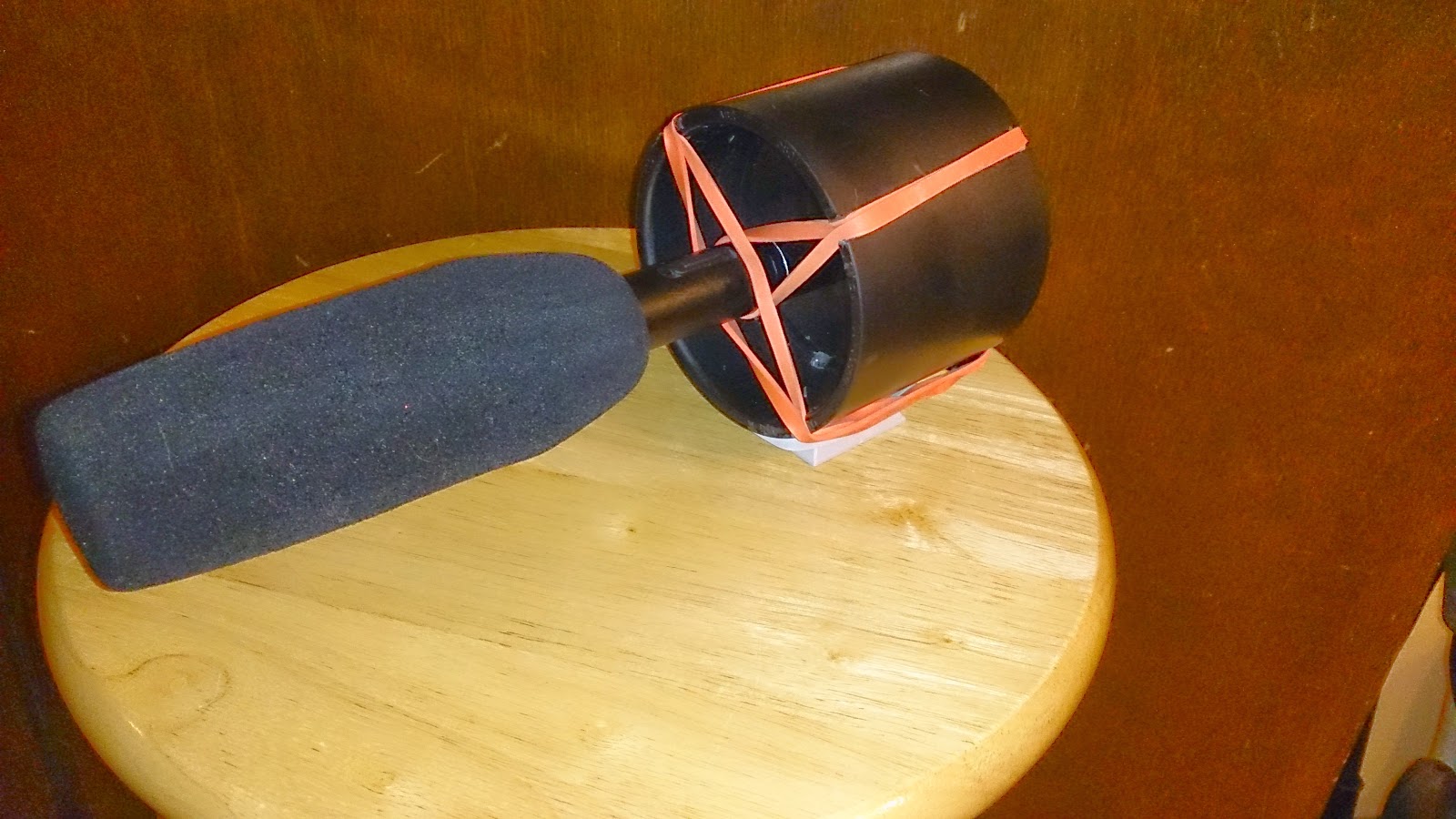 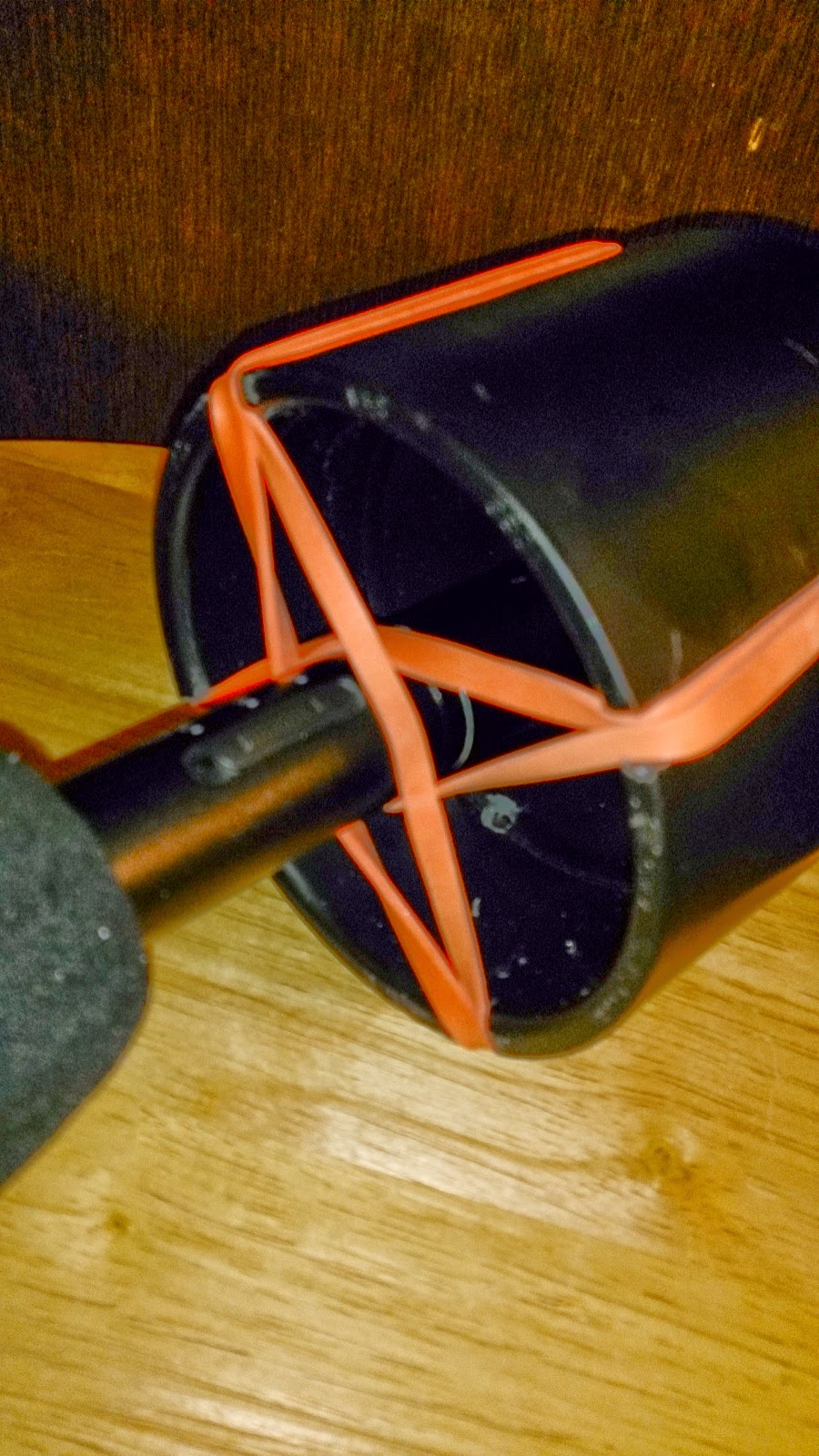 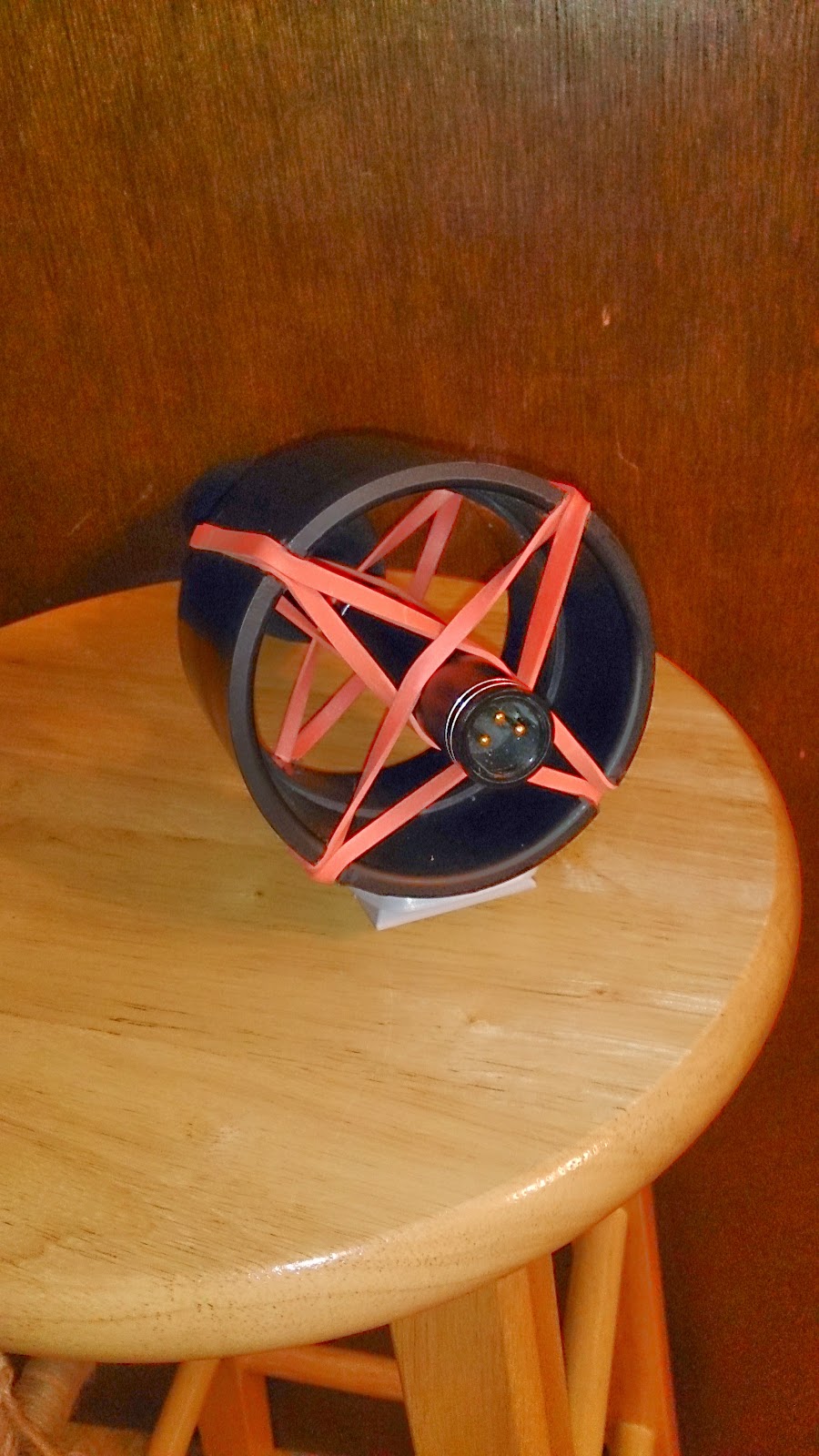 Clearance between the mic and mount 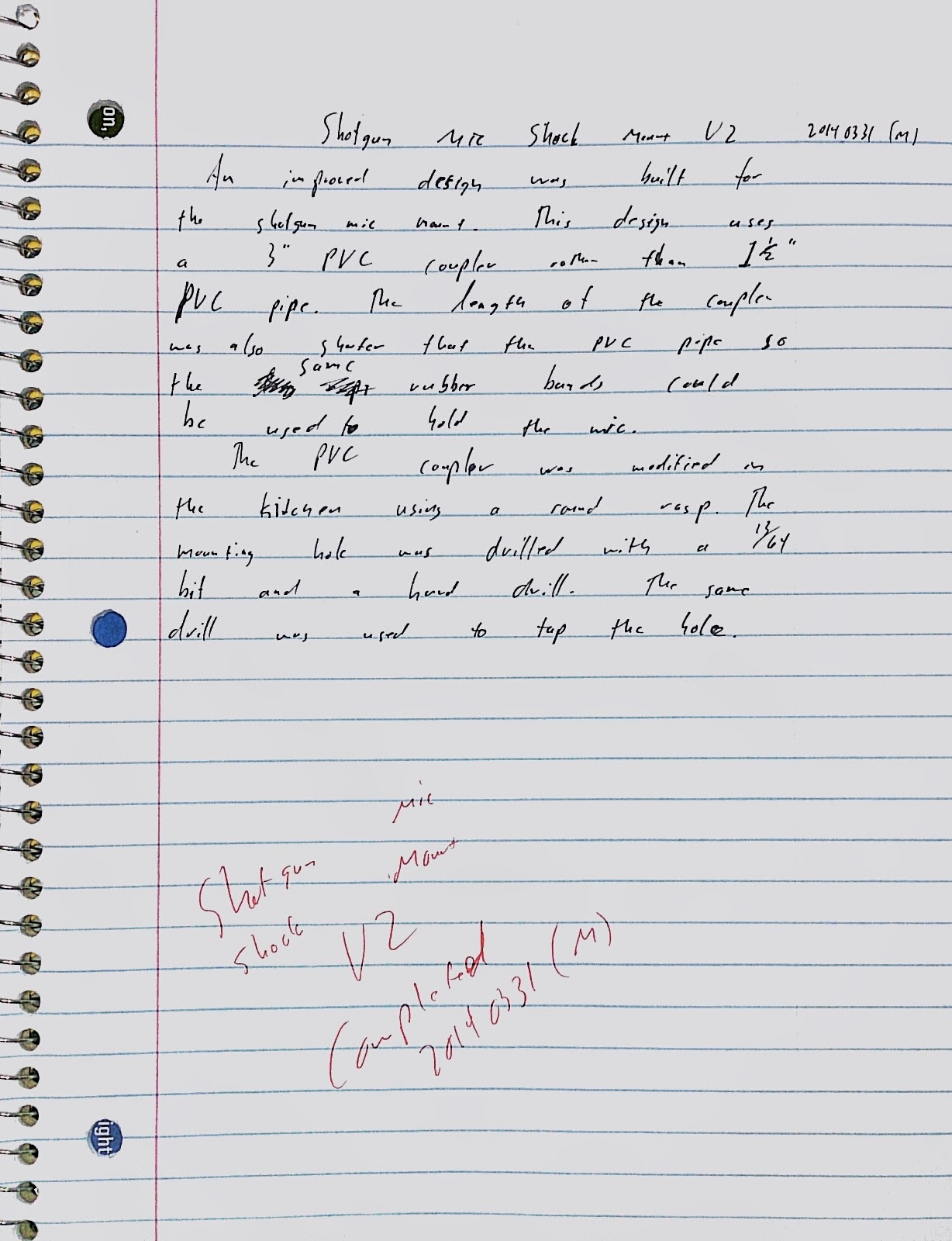