April 04, 2014
Today was a bust as far as progress goes.  At least concerning the keyboard even though I put at least an hour into it.

At some point during the day I slapped some numbers and letters to make a logo.

I got a good night's sleep which is a dangerous thing and my brain was abuzz with new ideas.  During the day I had a rare moment of insight were a project came together in my mind so neatly that I couldn't help myself but to start writing.  This mysterious project has the most bizarre parts list I've ever imagined but is functionally pretty robust.

The idea could be a total pipe dream, of which I'm fond, but it may be the headlining feature on an upcoming web show.  Which could also be a pipe dream.  Either way, they're both fun to think about and an exercise in mental hopscotch.

Enough background.
----------
Effort was put into establishing communication with the handles but no meaningful data was received.

To do:
• Establish communication with handles
• Follow programming agenda 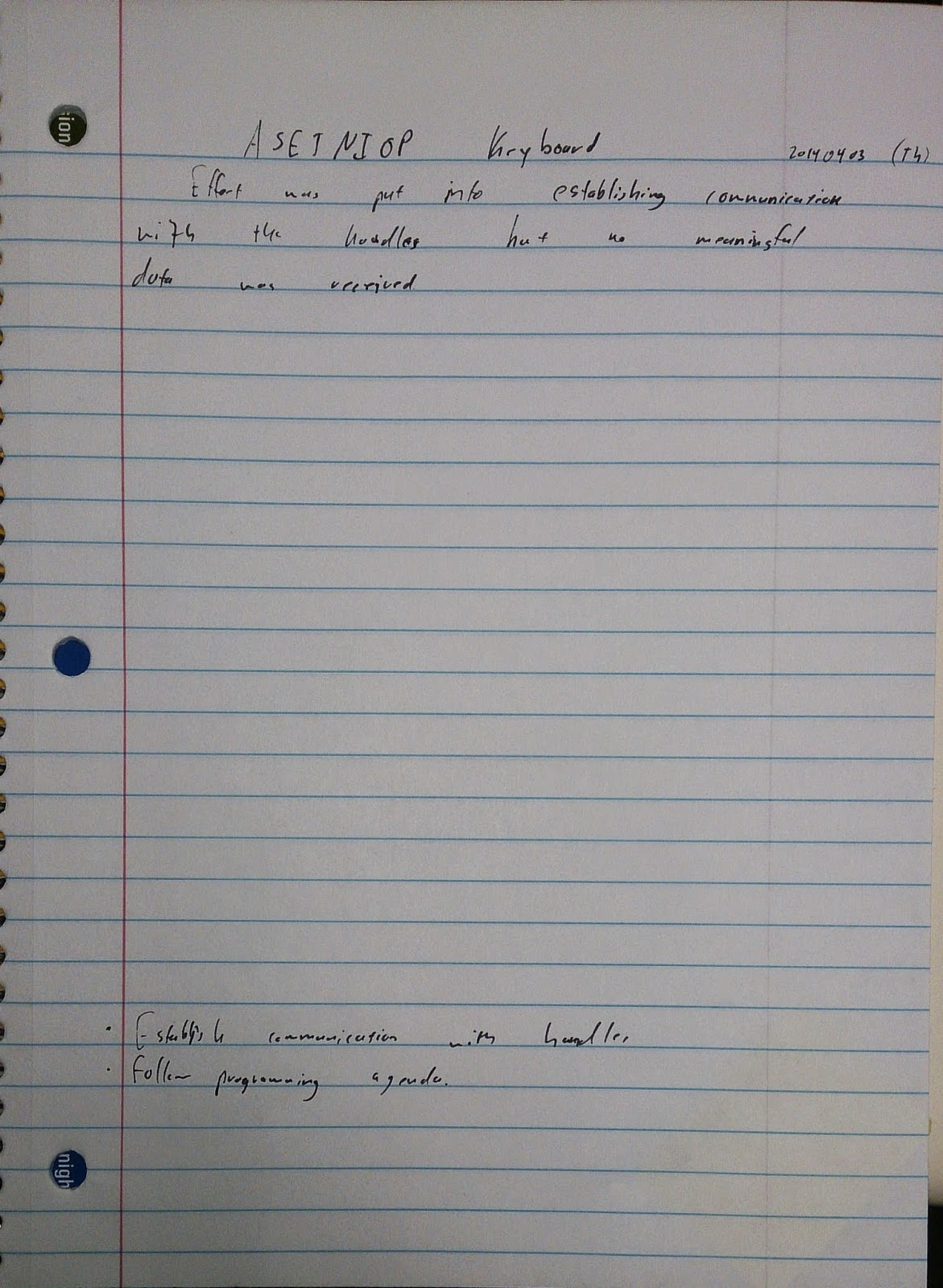