April 10, 2014
Artists talk about their artistic integrity.  An artist wants to produce the purest version of their craft without being tethered or guided by unwanted influence.  A painter may be commissioned to illustrate a bank lobby even though architecture isn't what he enjoys painting.  He may see himself as a sell-out.  His audience, bank officials and bank patrons, will appreciate the work but he may feel this goes against his integrity.

My example is not so grandiose.  In a work meeting the team was making a promotional video for internal use.  It was kind of silly with some inside humor for the group not the audience.  The video ended with the cliché mid-air high-five between two guys.  The freeze frame was straight out of any 80's movie.  We all laughed.

The vision I had for this video was much different.  There was no inside humor.  The dialogue was very concise and short.  The group decided to go with a longer script and they had fun with it.

When we were giving our input to the video I sarcastically suggested that the freeze frame of the mid-air high-five could start playing Eye of the Tiger and slowly pan out.  Everyone loved the idea.  I was dumbstruck.  I didn't actually think this was a good idea.

At that point I was actually a little upset that this video had strayed so far from my vision and my sarcasm was being put into action.  So I had to think about why this upset me.  In reality my suggestion had been a hit.  The ridiculous overtone would probably make the higher-ups laugh.

There is no line in the sand.  If I had started the project and made my vision silly and fun I probably would have had more people on board.  I stuck to my guns and my version will not be produced at all.  Did I fail the group by not providing what they wanted?  Would I have sold myself short by doing so?


A description of the 3d printer concept was written in Word and the sketches were added.  The document was 735 words long, 3 pages plus a cover page.  The description has a breakdown of the components with pictures, a bullet-list of the possible errors, a parts list in a table and a flow-chart of the process.  The document was pasted into a blog post and reformatted to suit the blog style. 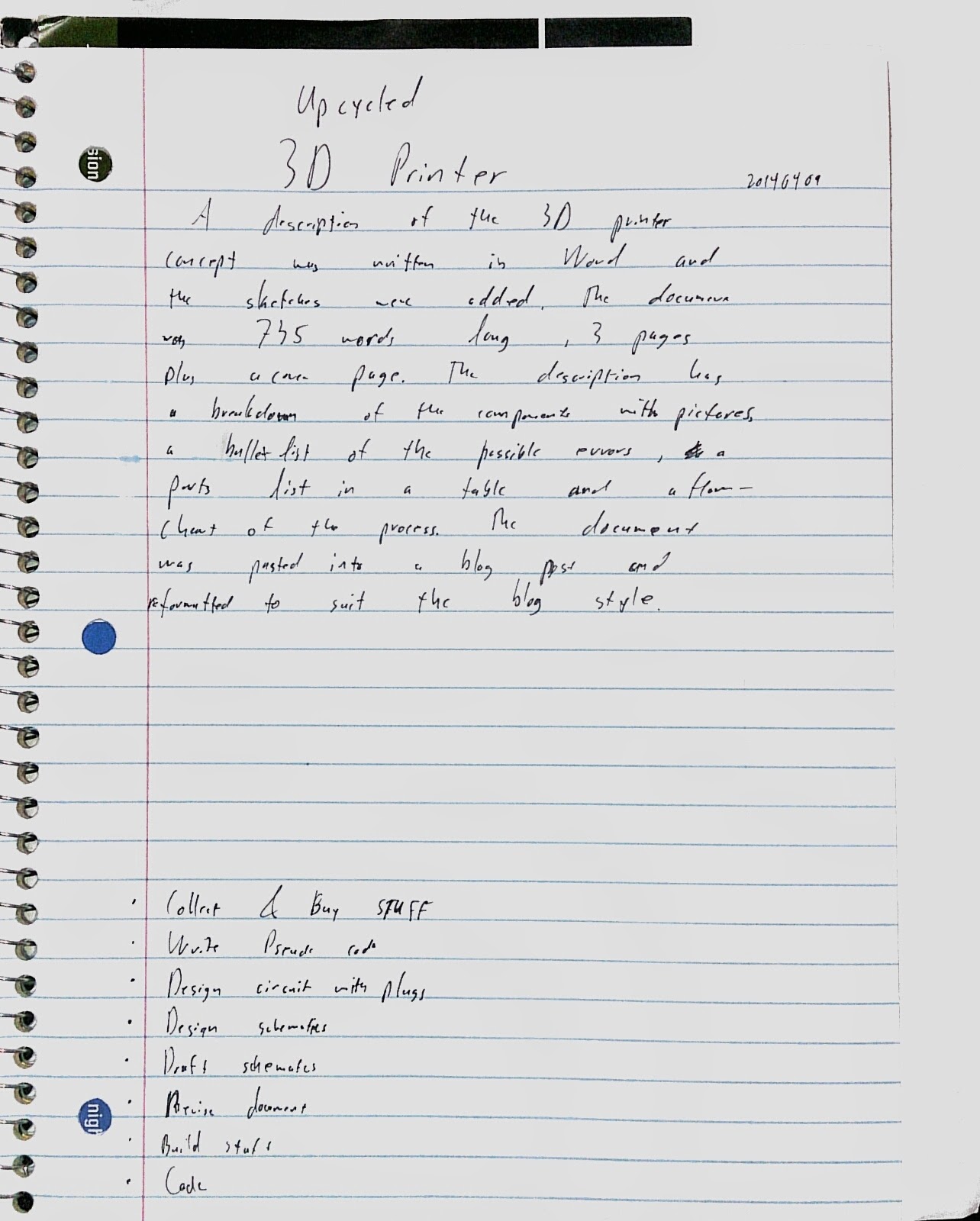