Sleep debt has been a problem.  Usually I can hold out until the weekend but when I systematically lose three hours of sleep per night that debt adds up too fast.  I know some people get by on much less but my performance suffers when I’m tired.

Long story short, falling asleep at work is embarrassing so I decided to go to bed early and only do a minimum amount of project work.  The result was that while I was laying in bed my brain kept feeding me ideas for the project so I wrote them down and probably saved myself a couple days in the long run.

Enough background
----------
Some parts were purchased from a thrift store.  The most significant purchase being an aquarium since many size and shape factors of the printer will be based on the aquarium.  The aquarium is roughly triangular.  In the original concept the aquarium was rectangular but the three corners fits with the minimalist approach of this project. 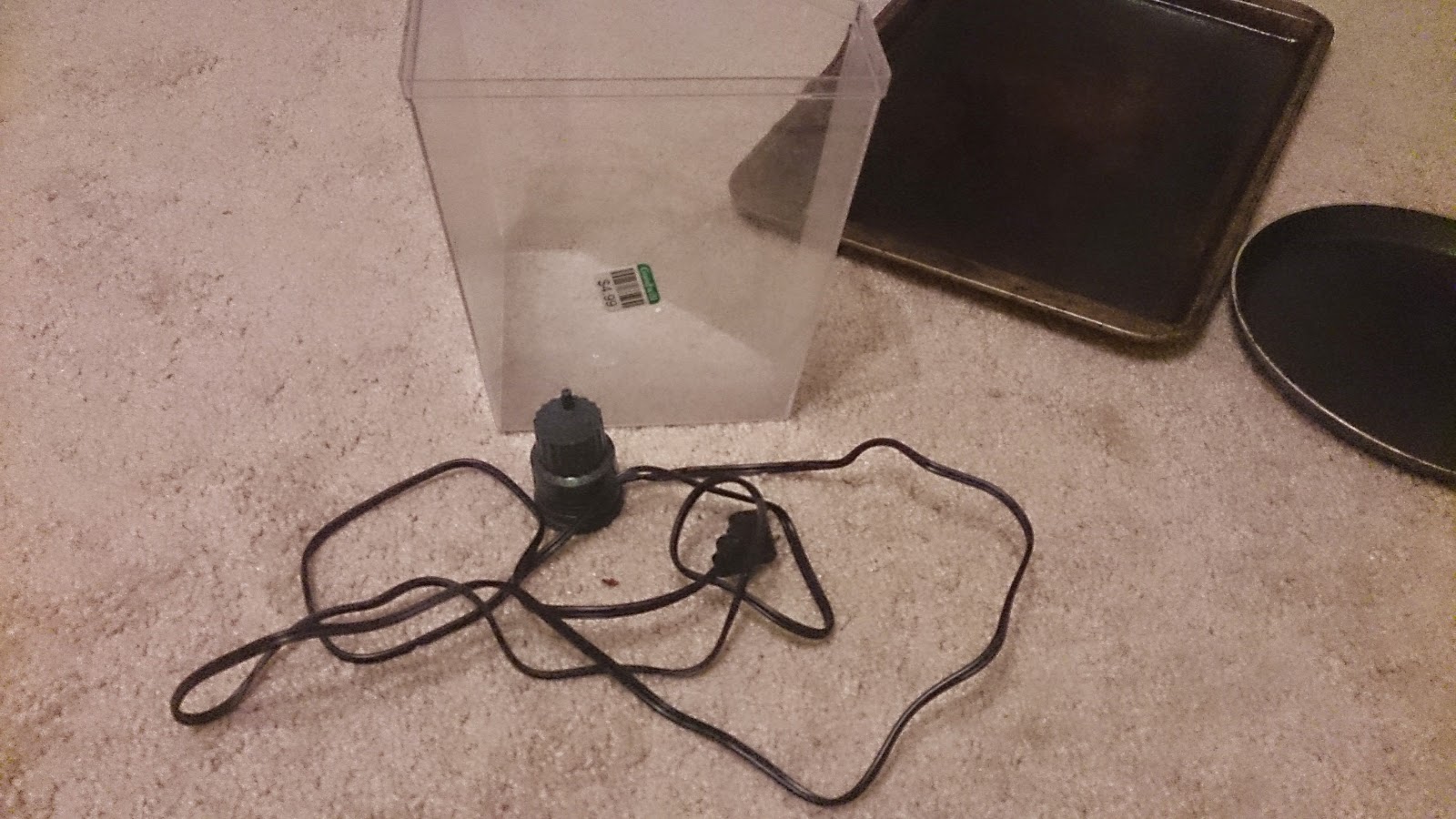 More thought was given to the method of lowering the platform and immersion in water.  Stainless steel bolts will be used which are available at hardware stores.  Bearings will be simple skate bearings.  They can be held in place with an aluminum structure.

A sensor to detect the presence of material will be added.  This will be a simple switch with a roller mounted opposite the material feeder servo.  Another switch will sense when the platen has reached the bottom of the travel.  This switch will be mounted above the water level.

The size and shape of the tank prompted a change in the shape of the container for trapping and releasing air.  The original idea of using a cap has been replaced with the idea of using a sealed tube with holes underneath. The holes underneath will catch air from the base and release it away from the printing area even though the tube may span the length of the tank.  The idea came from looking at the tube which came with the under-gravel tank filter.  The tube will likely be a capped length of PVC. 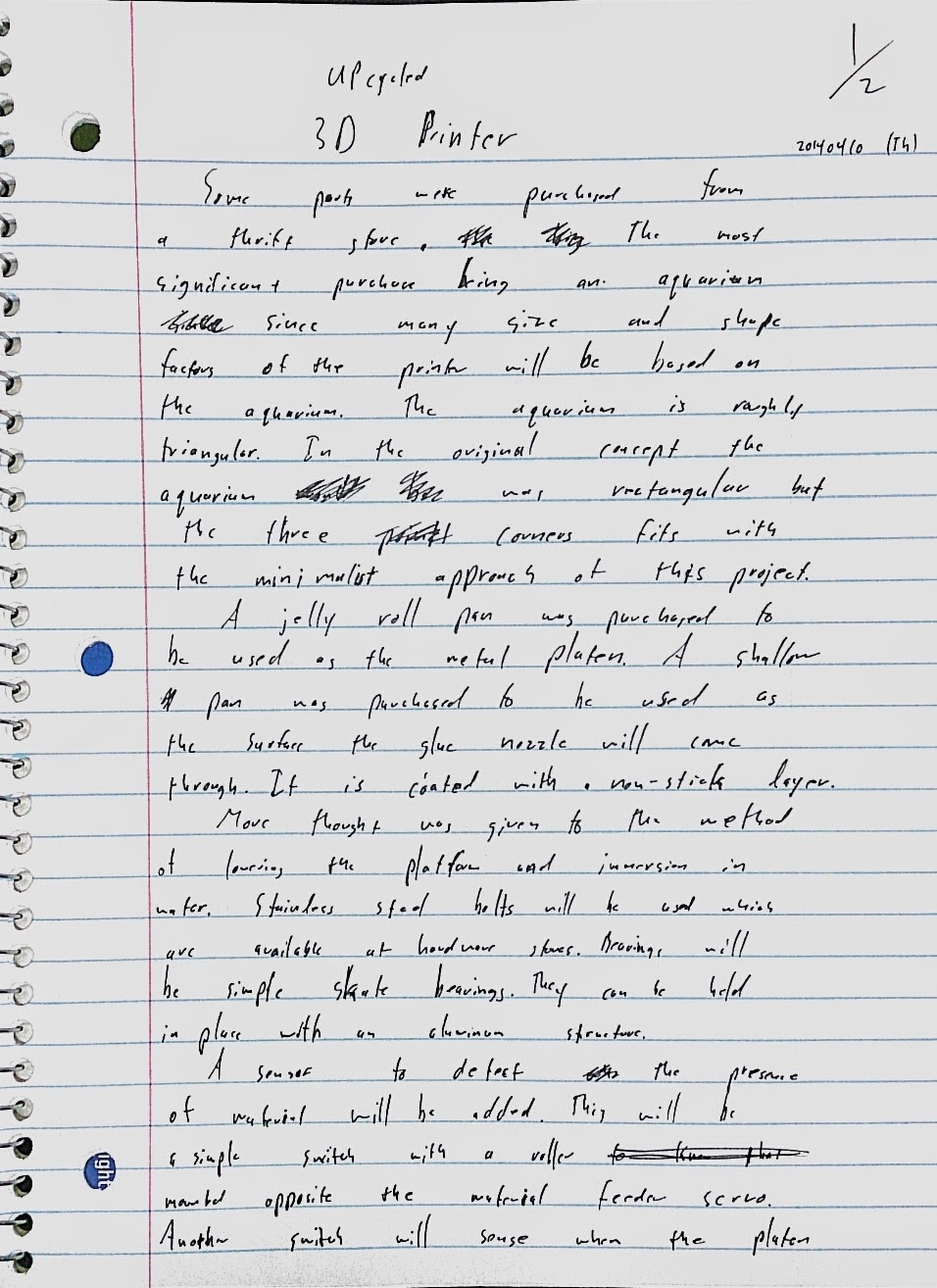 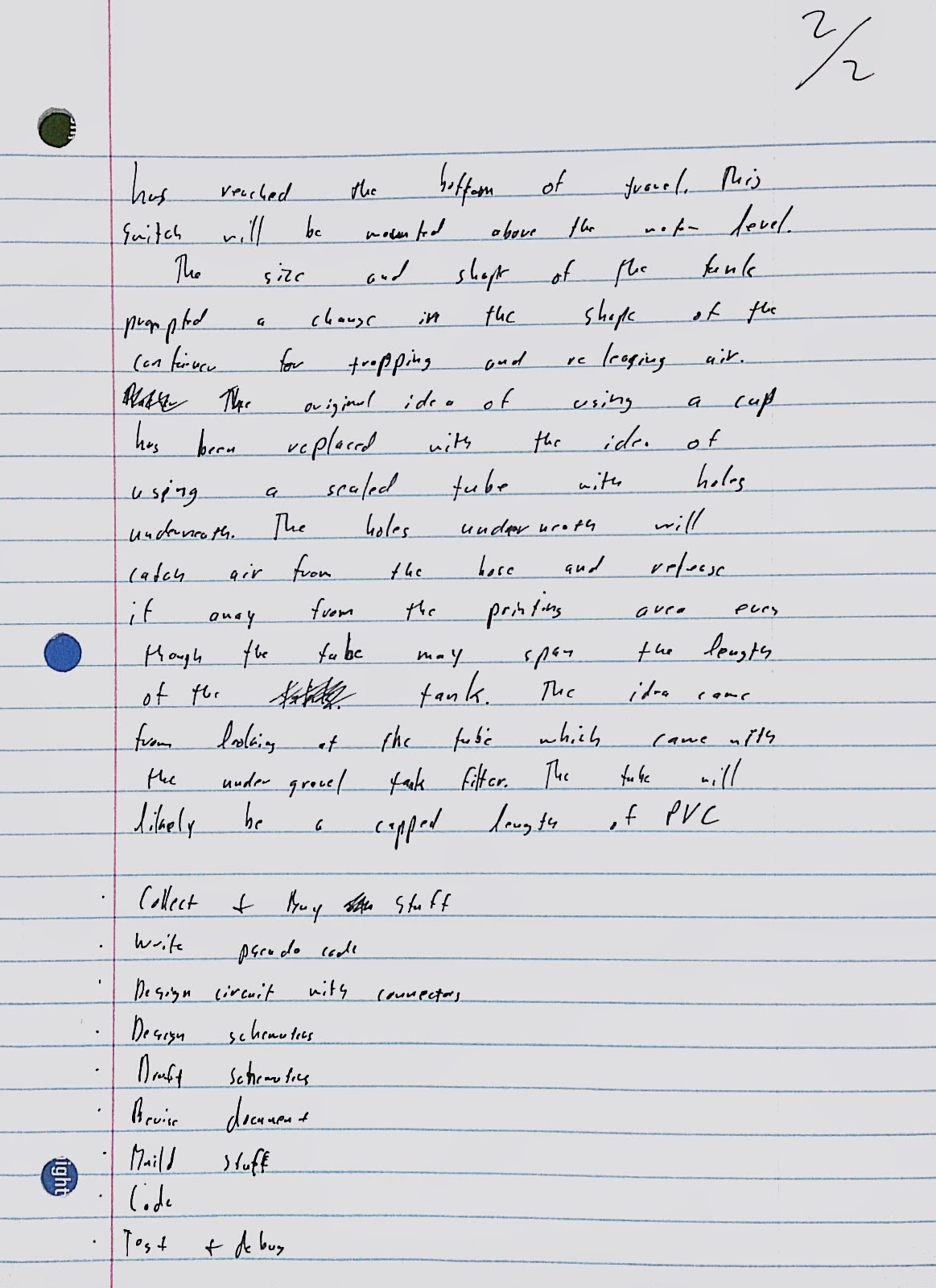