Finishing a project has always been more difficult than starting. This doesn't seem logical because I only start things I want to finish. I don't buy books I don't want to read.

It's a fear of success. If people see one good thing from me they may want more and not being able to fulfill that want is scary.

Enough background.
----------
Joe sent his copies of the conversation.  His track was left untouched but the other track was replaced by the recording made with the iM2 on the iPad.  The shows were broken into parts less than 23 minutes.  The sections were each saved as .ogg and mp3 files.

An email was sent to Joe about the files and he was asked about moving forward.  The email included the list of action items divided into things to do soon and things to do eventually. 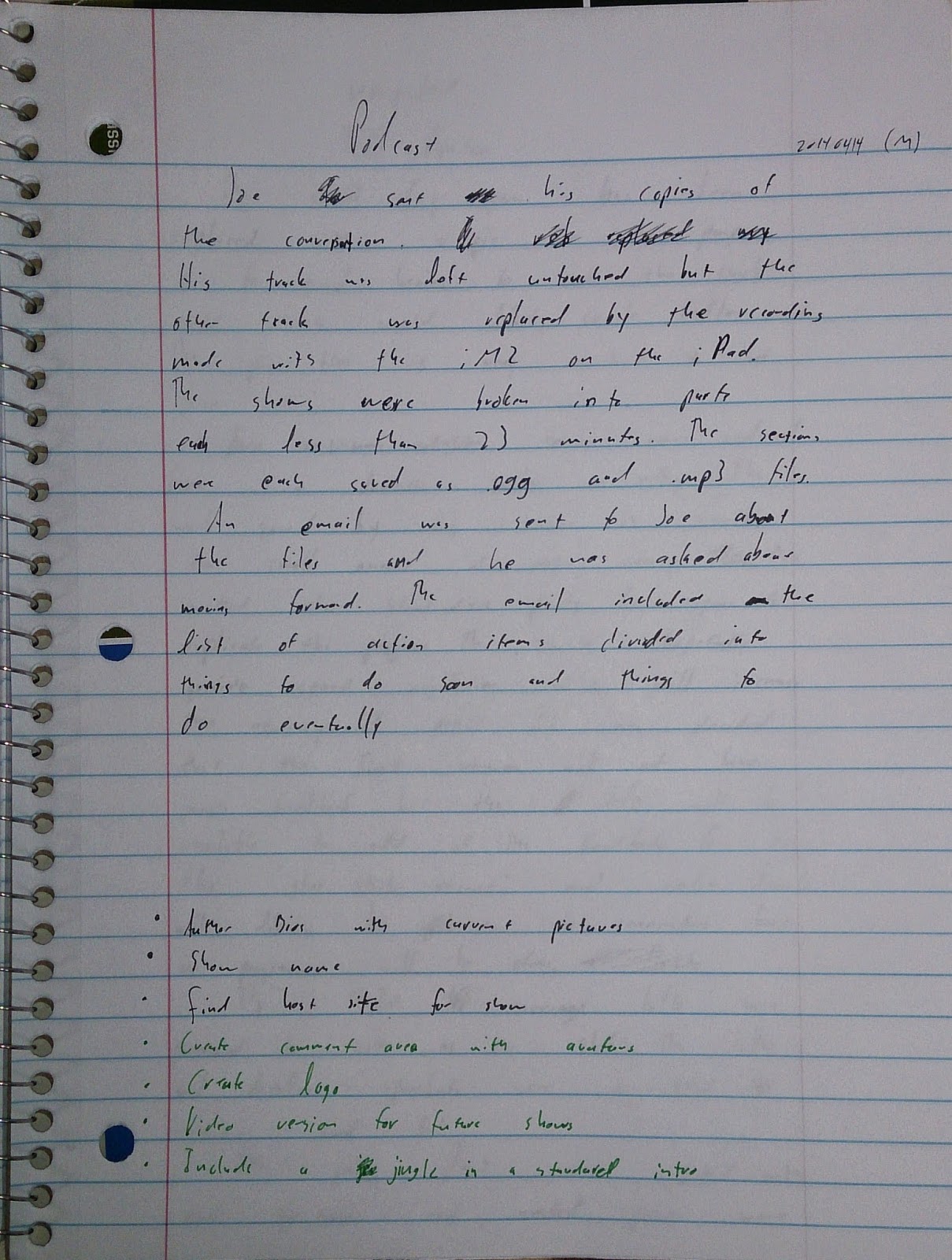