Part of my job is drafting.  I enjoy using the computer for drawing not only technical things but recreation.  In 2009 I even drew a comic using a USB drawing pad.  There is still something about holding actual pens and making imperfect lines on a piece of flimsy graph paper.

A drafted image is much cleaner and other people with the same program can edit and improve it.  But a piece of paper with a hand-drawn sketch is unique, almost an artifact.  I’m waxing romantic here but parents hang crayon drawings on the fridge because they are precious in the same way.

Enough background.
----------
Parts and a design were gathered to mount the glue gun nozzle.  The design was hand-drawn on graph paper with colored pens. 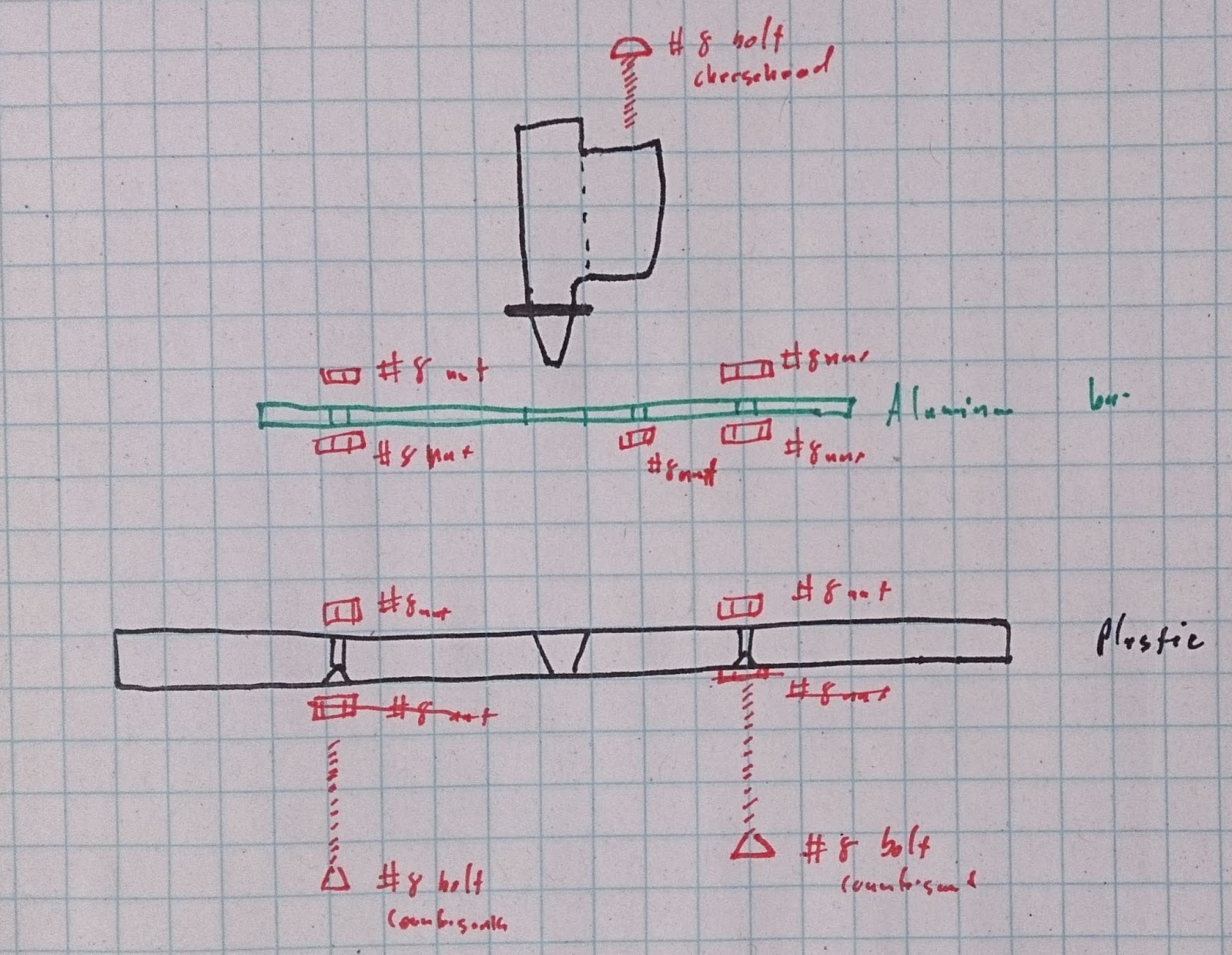 Hand-drawn sketch of what to make

The long bolt in the nozzle was replaced with a short #8 bolt. 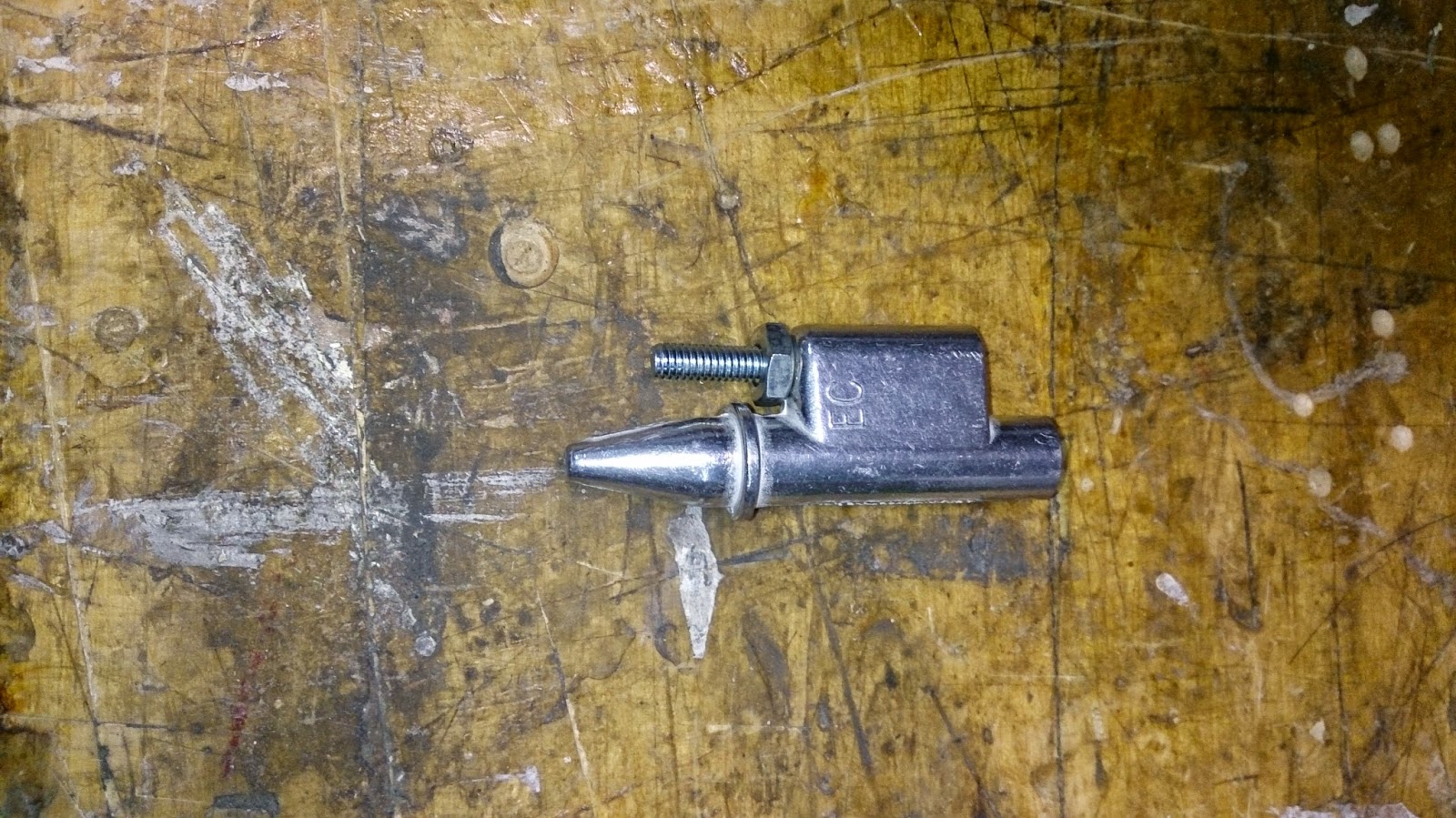 Short bolt in the glue nozzle

The aluminum bar mount for the mounting the nozzle was shortened and made the same length from the center of the large nozzle hole.  The ends were cut with a horizontal band saw then cleaned up with a belt sander.  Positions were marked 1 ½” from the center of the nozzle hole by making divots with a center punch.  The bar was clamped in place on the plastic piece.  The threaded shafts had to be removed for this.  The aluminum bar and plastic piece were propped on wooden slats and drilled with pilot holes.  The plastic was drilled to 5/32” and the aluminum was drilled to 3/16”.  The underside of the plastic had the mounting holes countersunk.  The central hole for the glue gun nozzle was given a pilot hole then the countersinking bit (1/2”) was used to drill to the bottom to give a V-shaped hole for the glue nozzle. 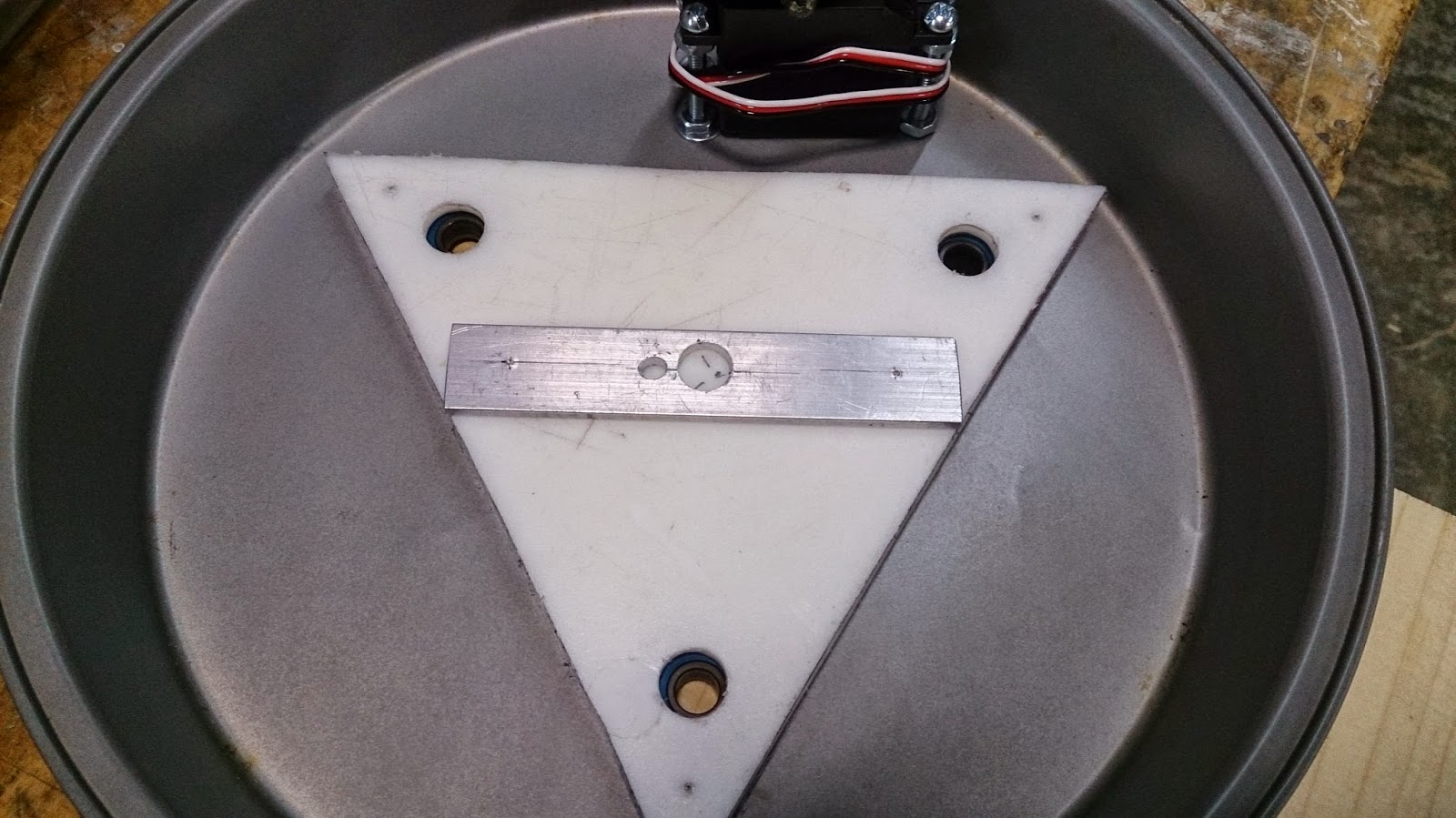 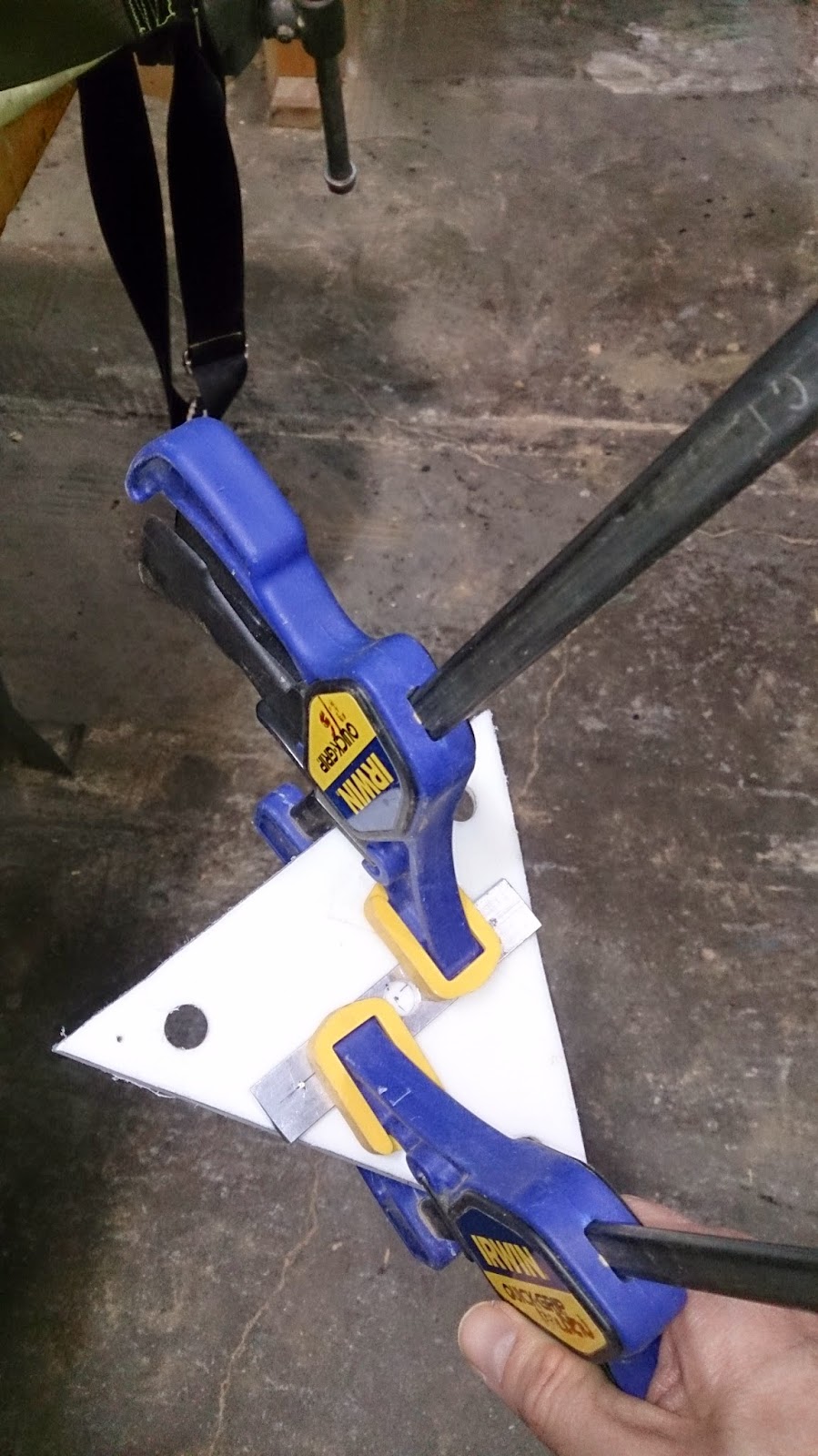 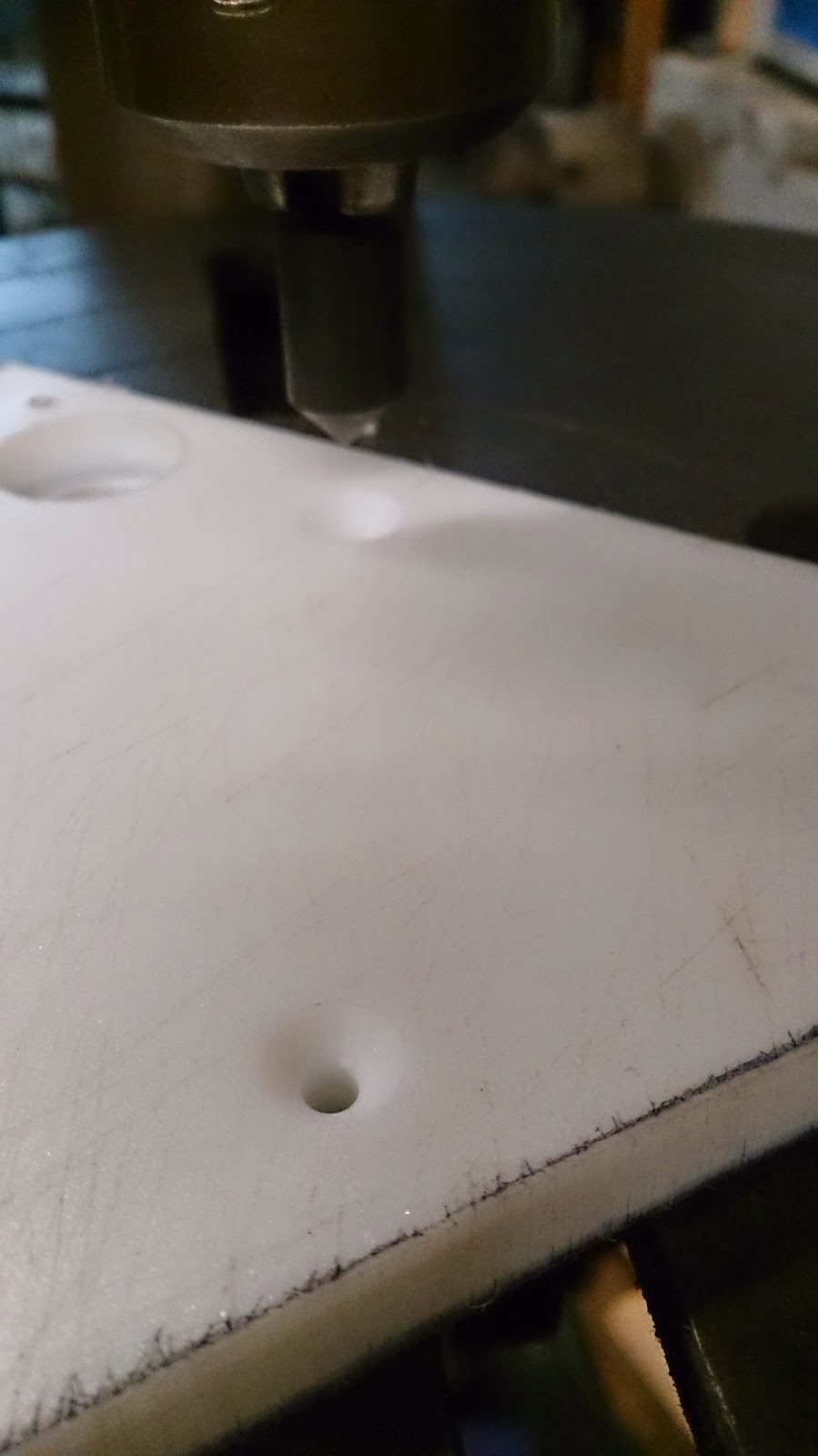 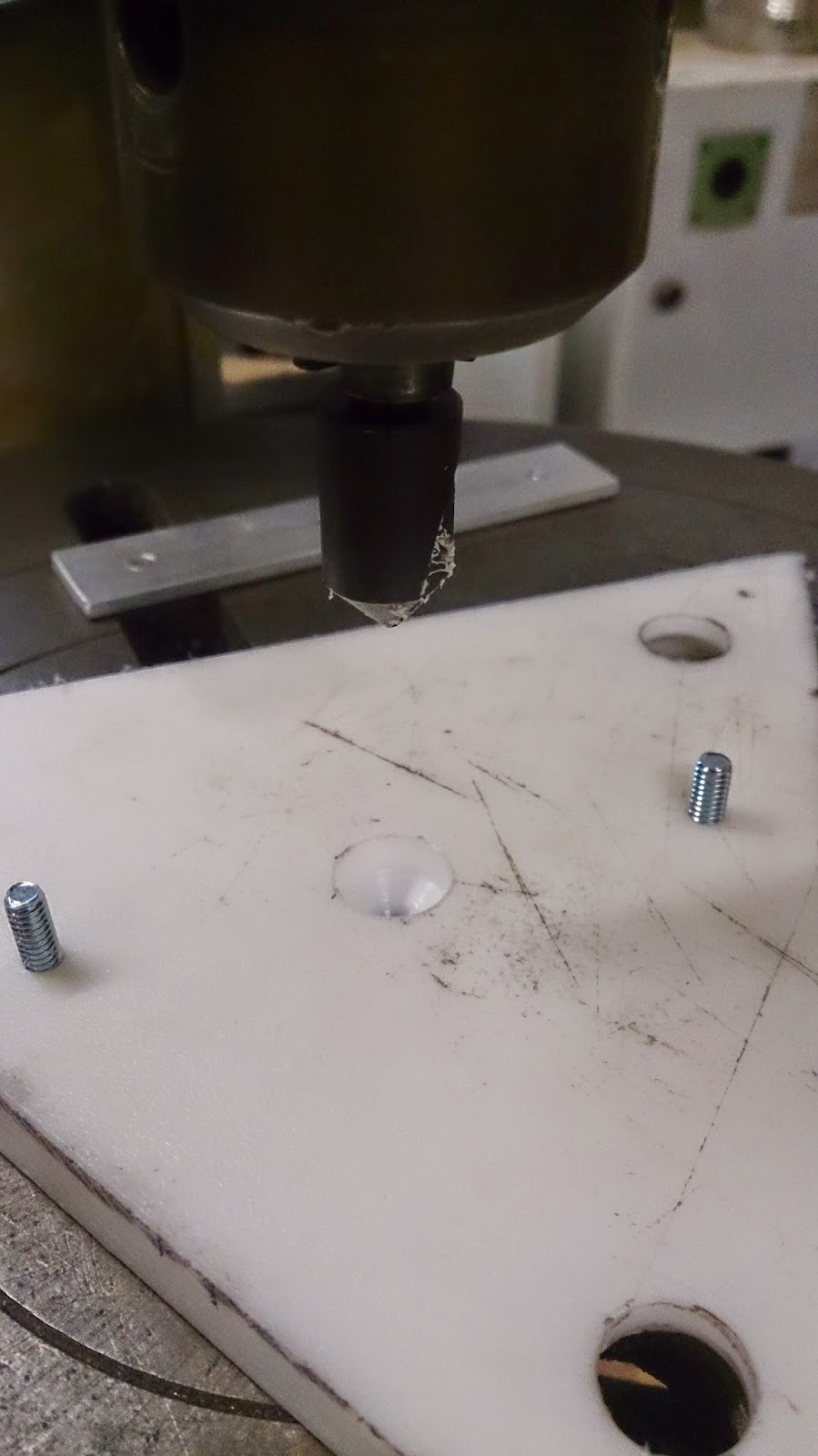 The aluminum bar had the small nozzle mounting hole redrilled so it could mount straight.  Nuts were put on the short bolt and tightened to secure the nozzle in place 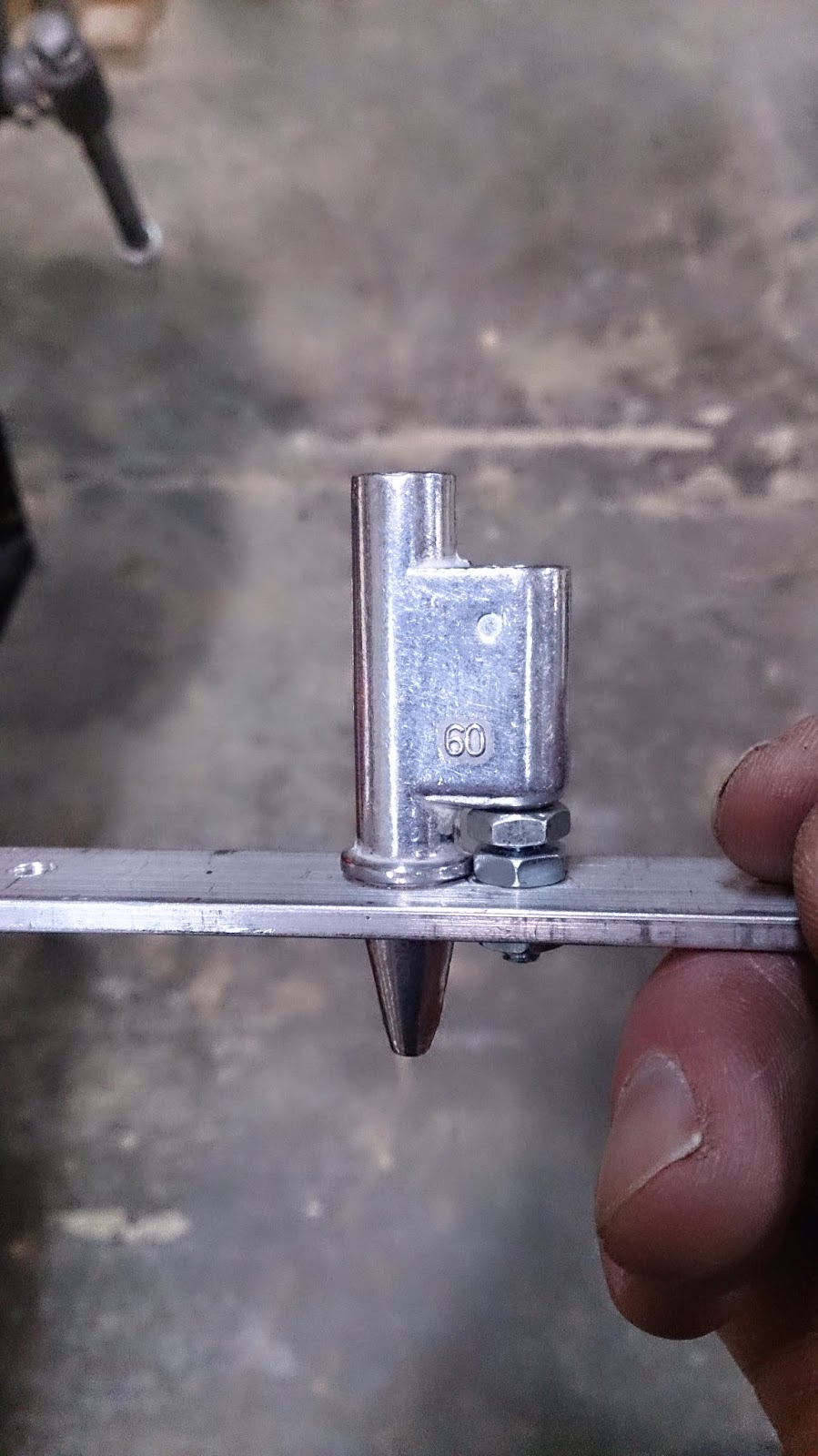 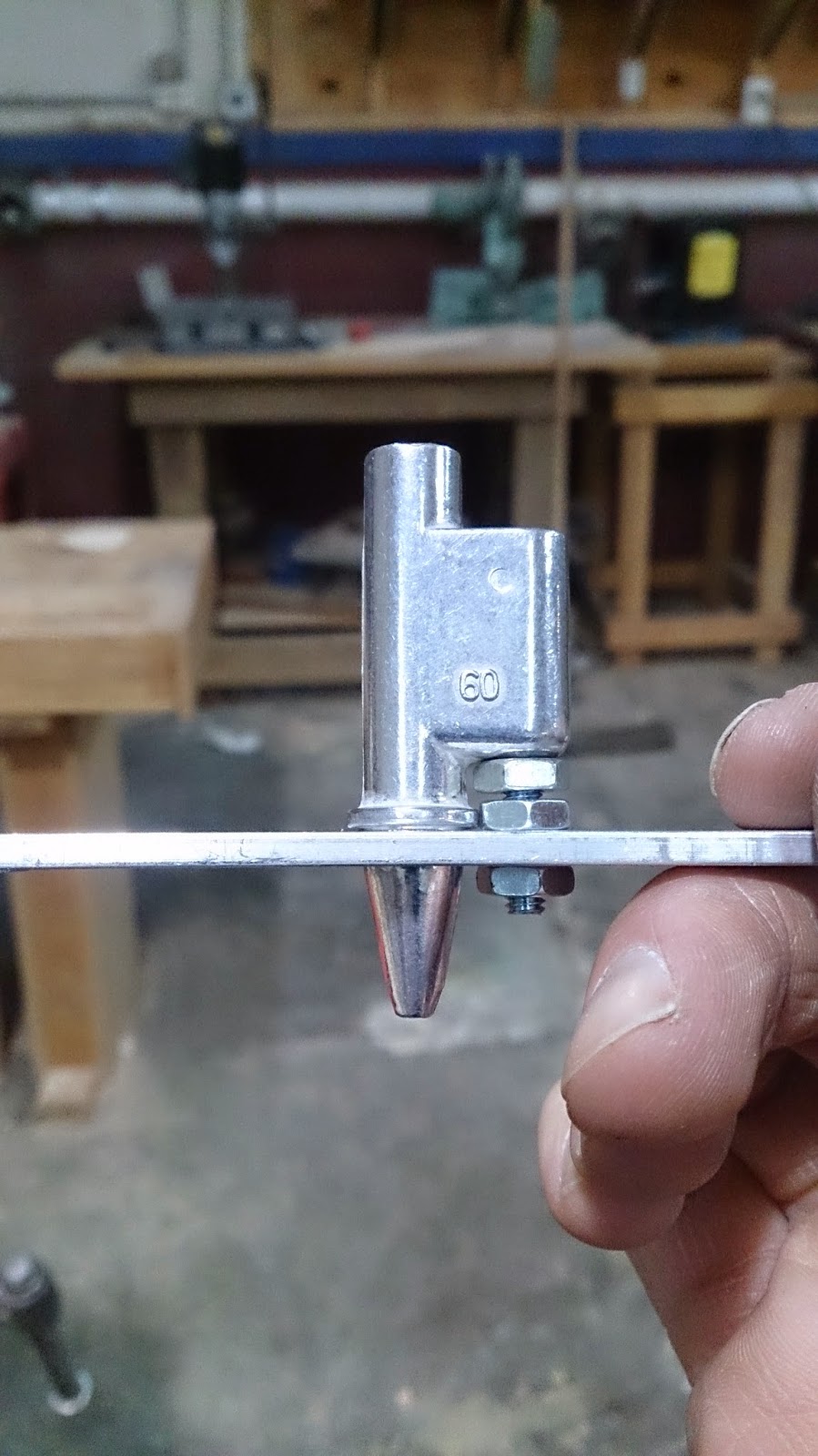 Remounted glue nozzle from side 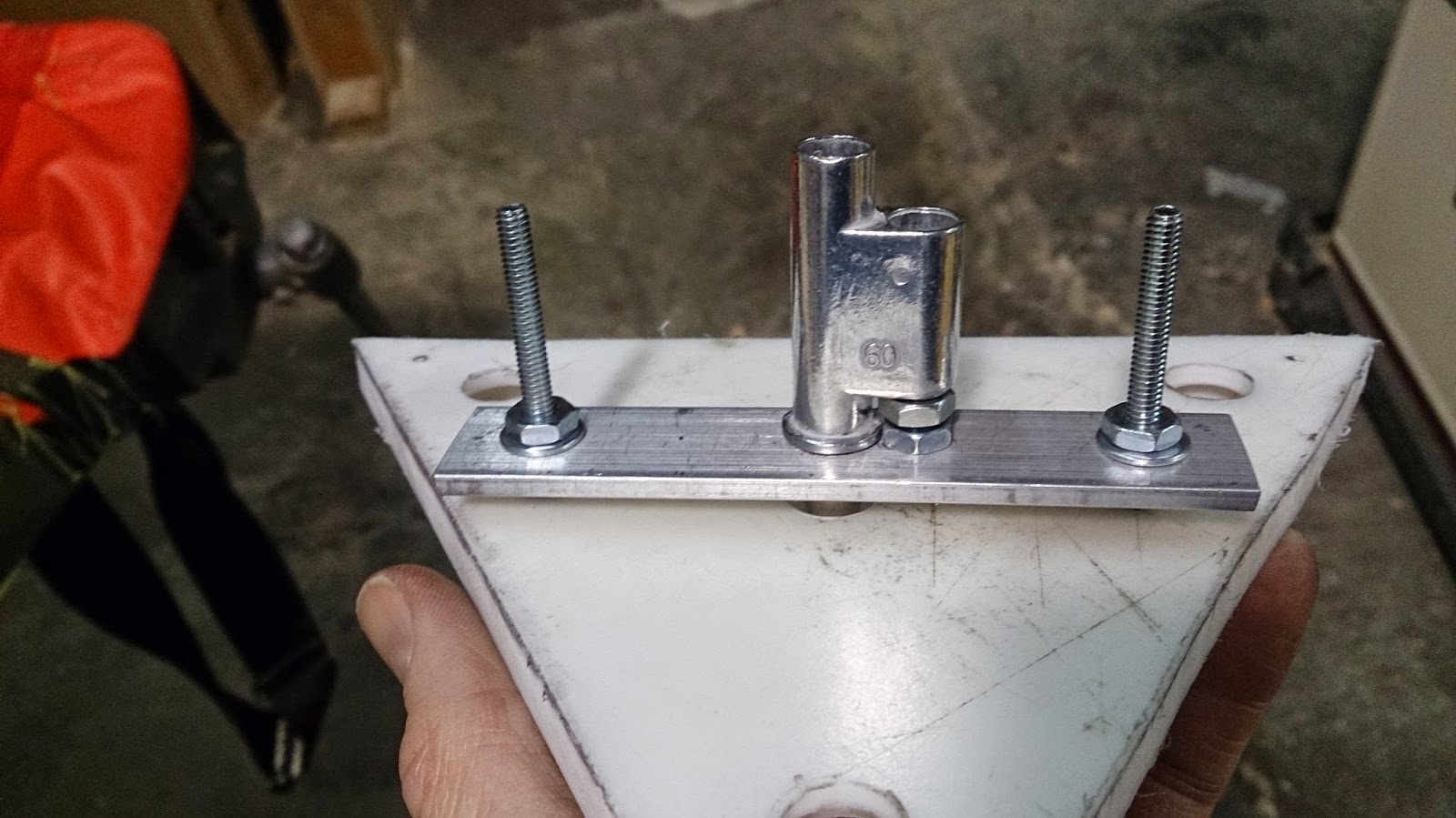 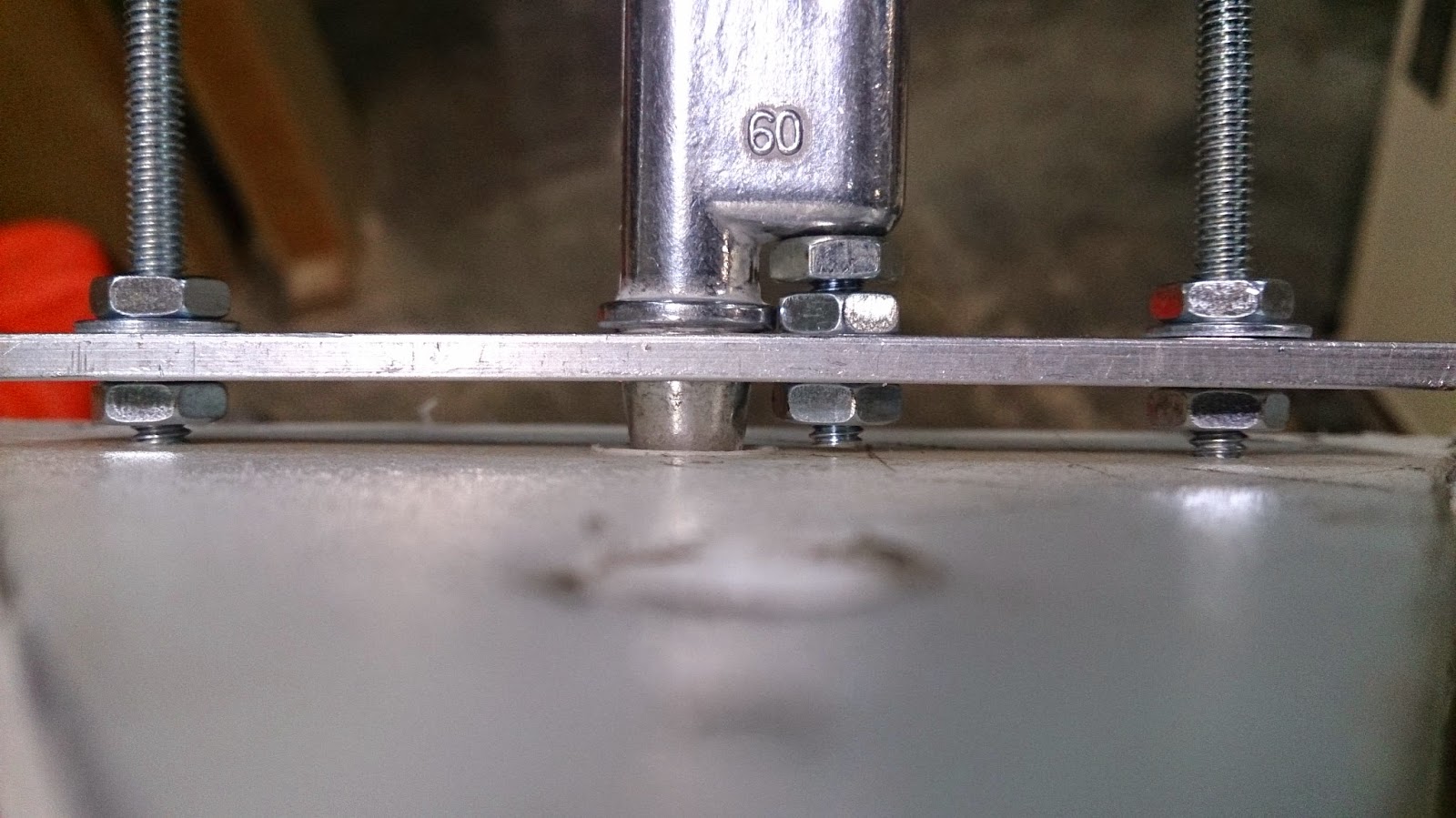 Mounted glue nozzle from side
While the shafts were removed they were sat next to each other and the nuts were adjusted to assure they were all the same. 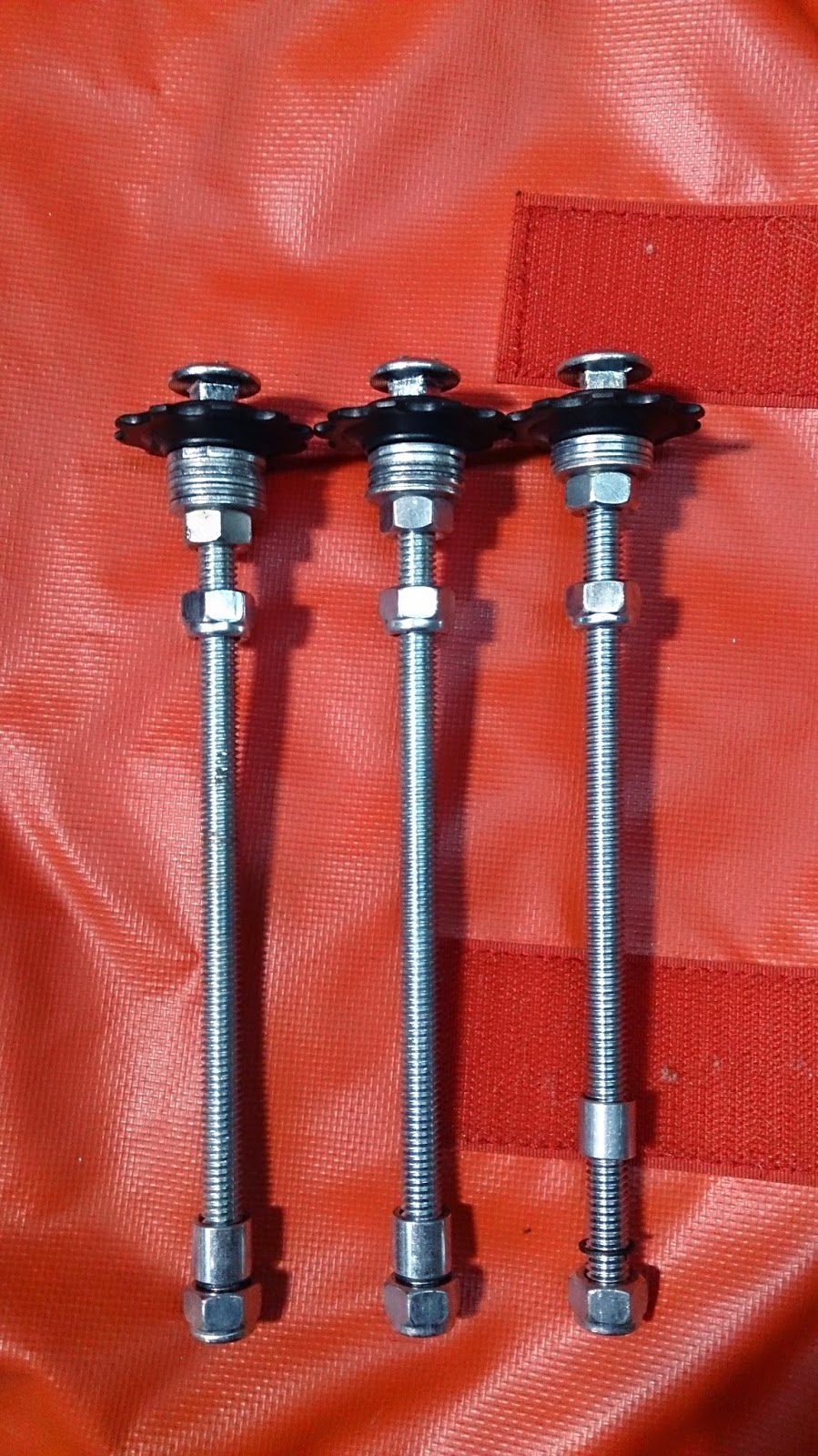 Identical shafts
A saw blade was degreased by using dish detergent available at the hack space’s kitchen unit.  The clean blade was put over the end of a servo and a servo horn was put over that.  The two were held together tightly and hot glue was applied.  It was allowed to cool in place then removed and stored in a plastic container for safety. 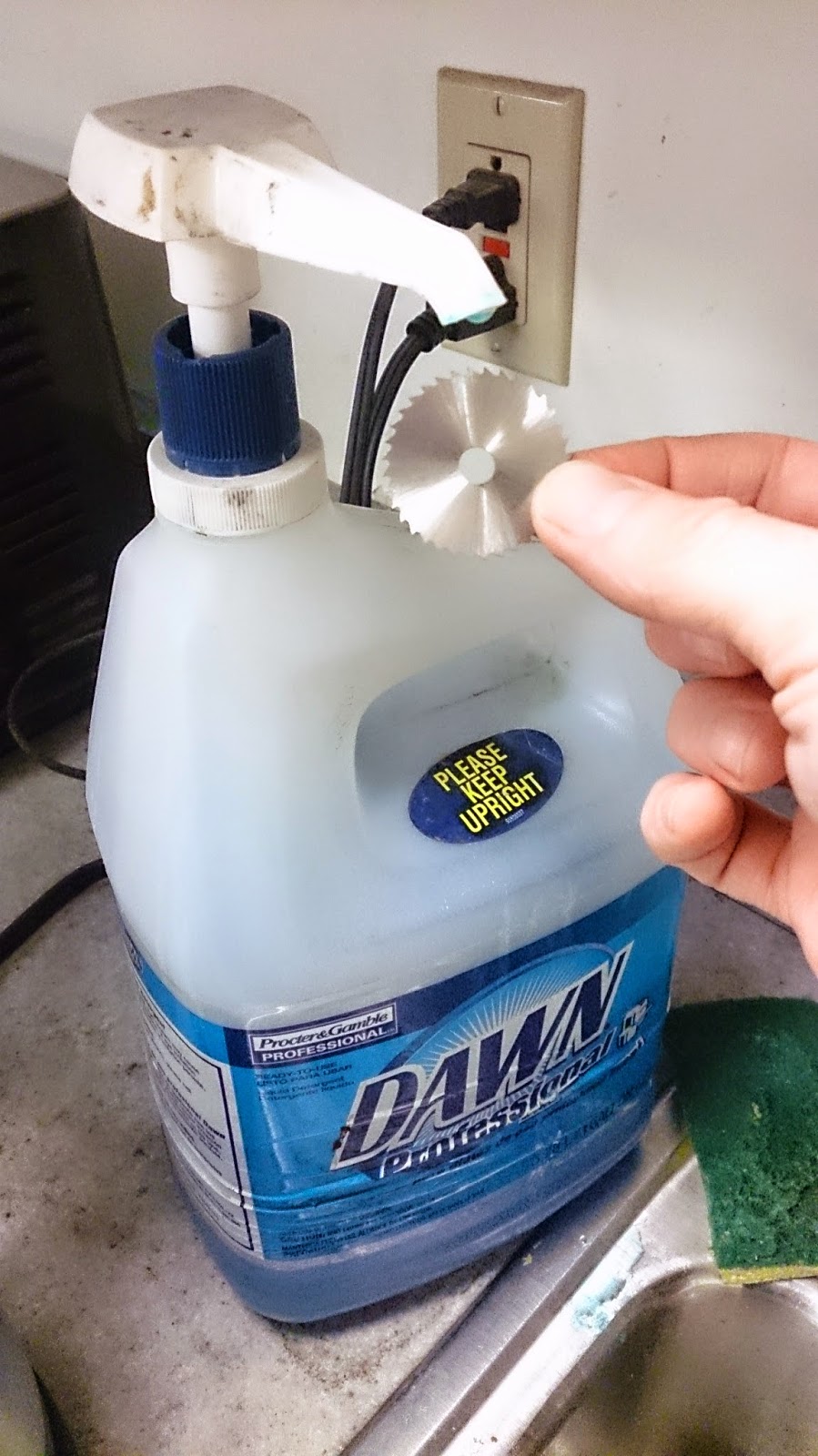 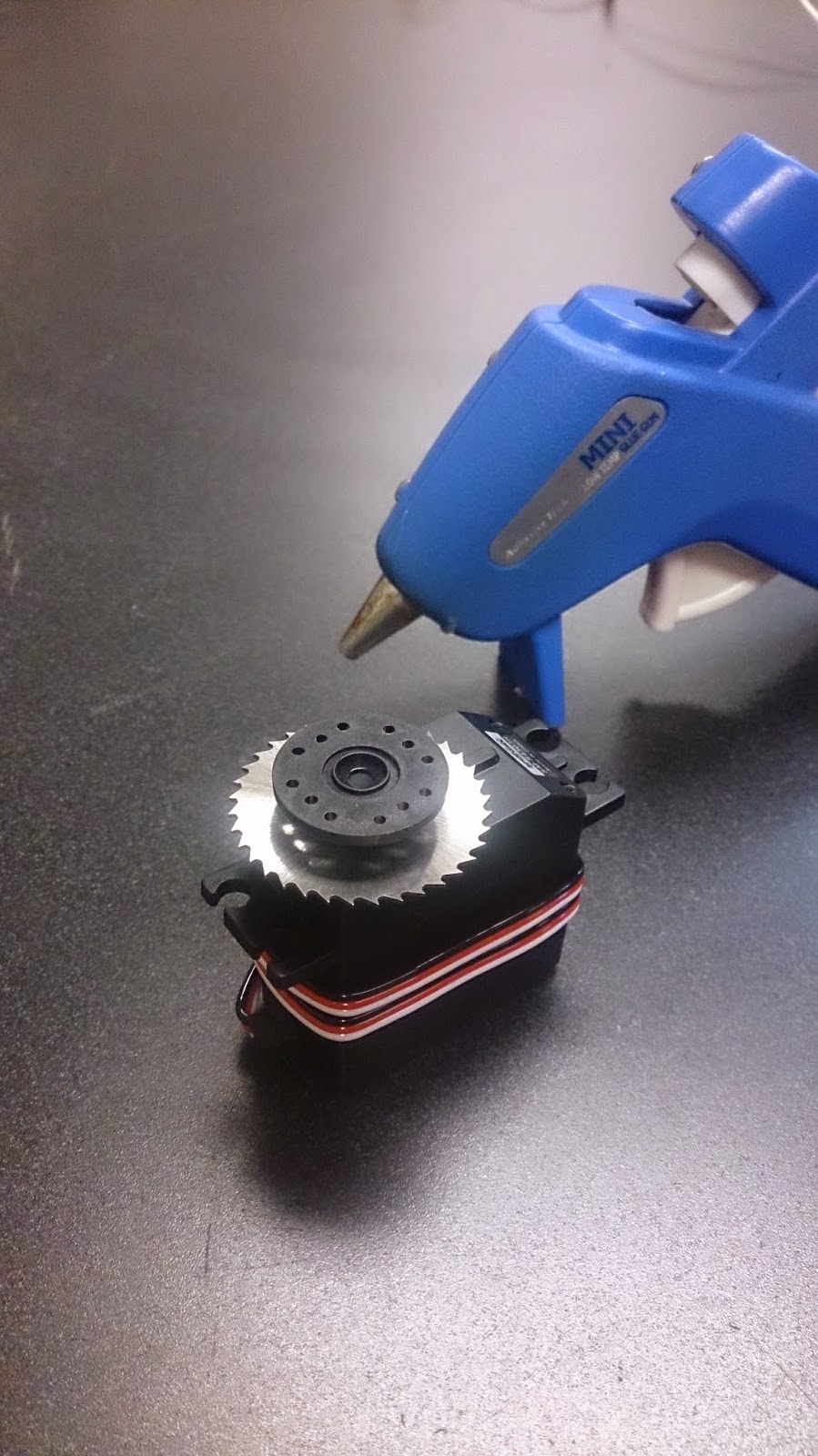 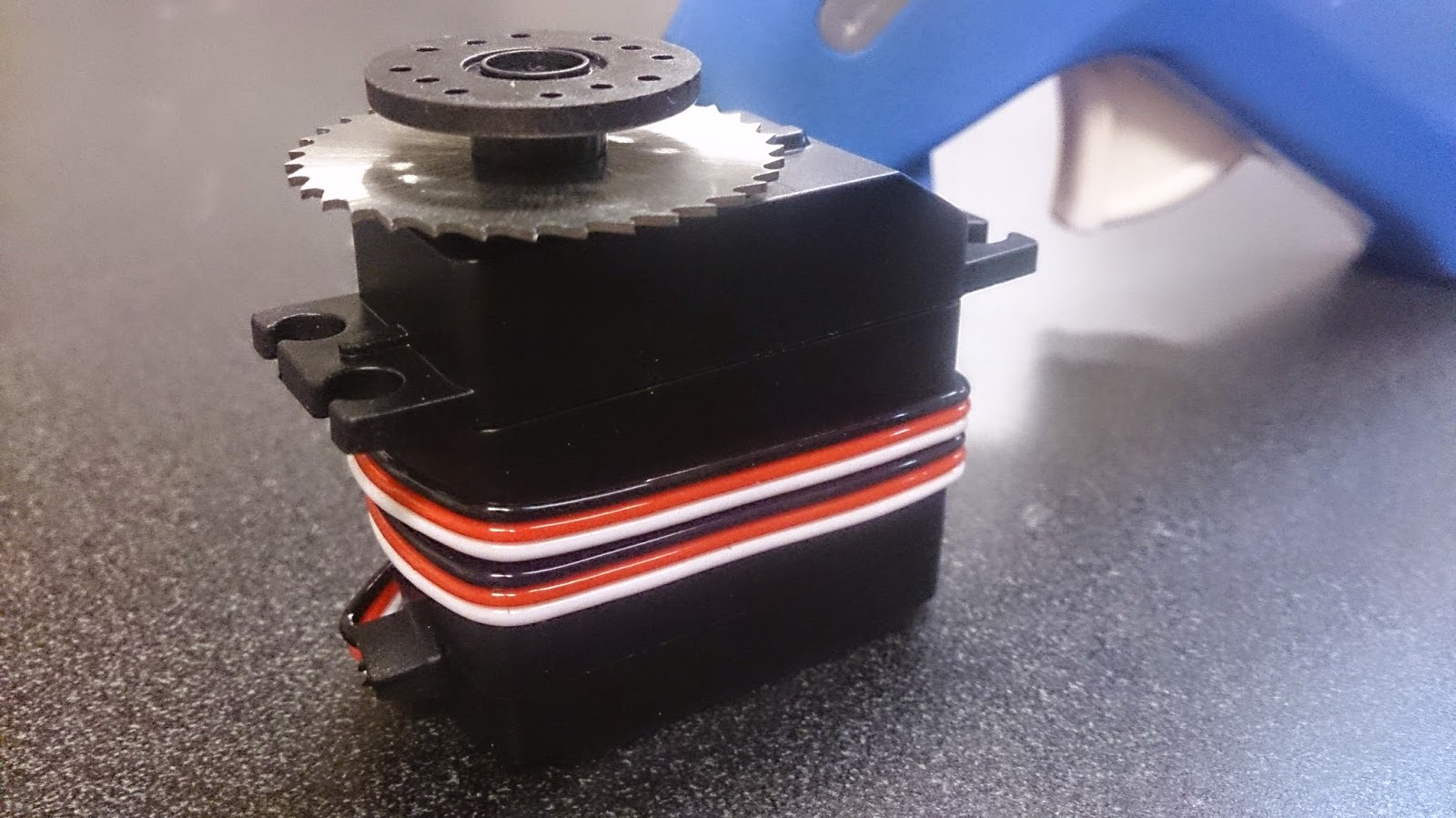 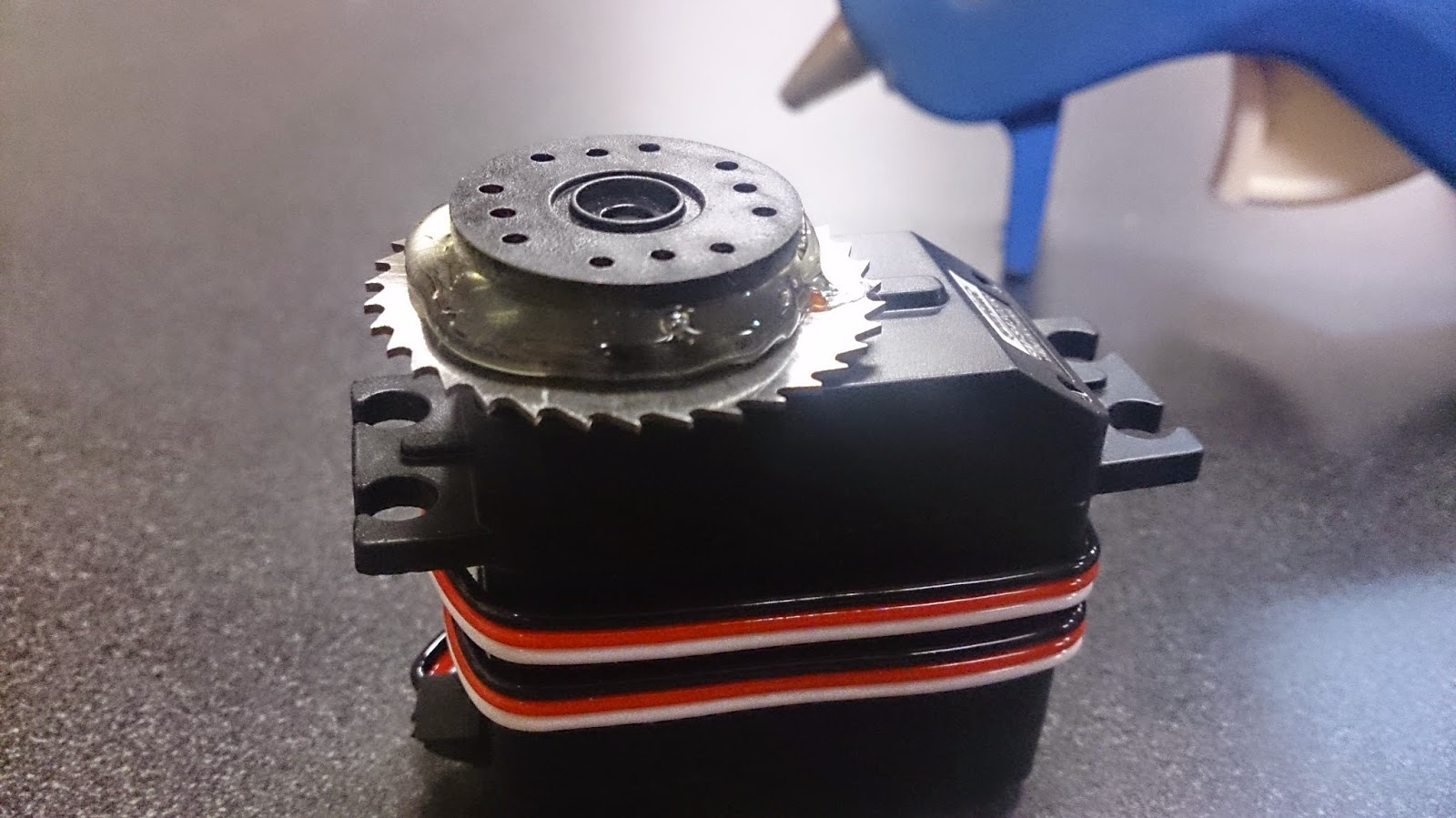 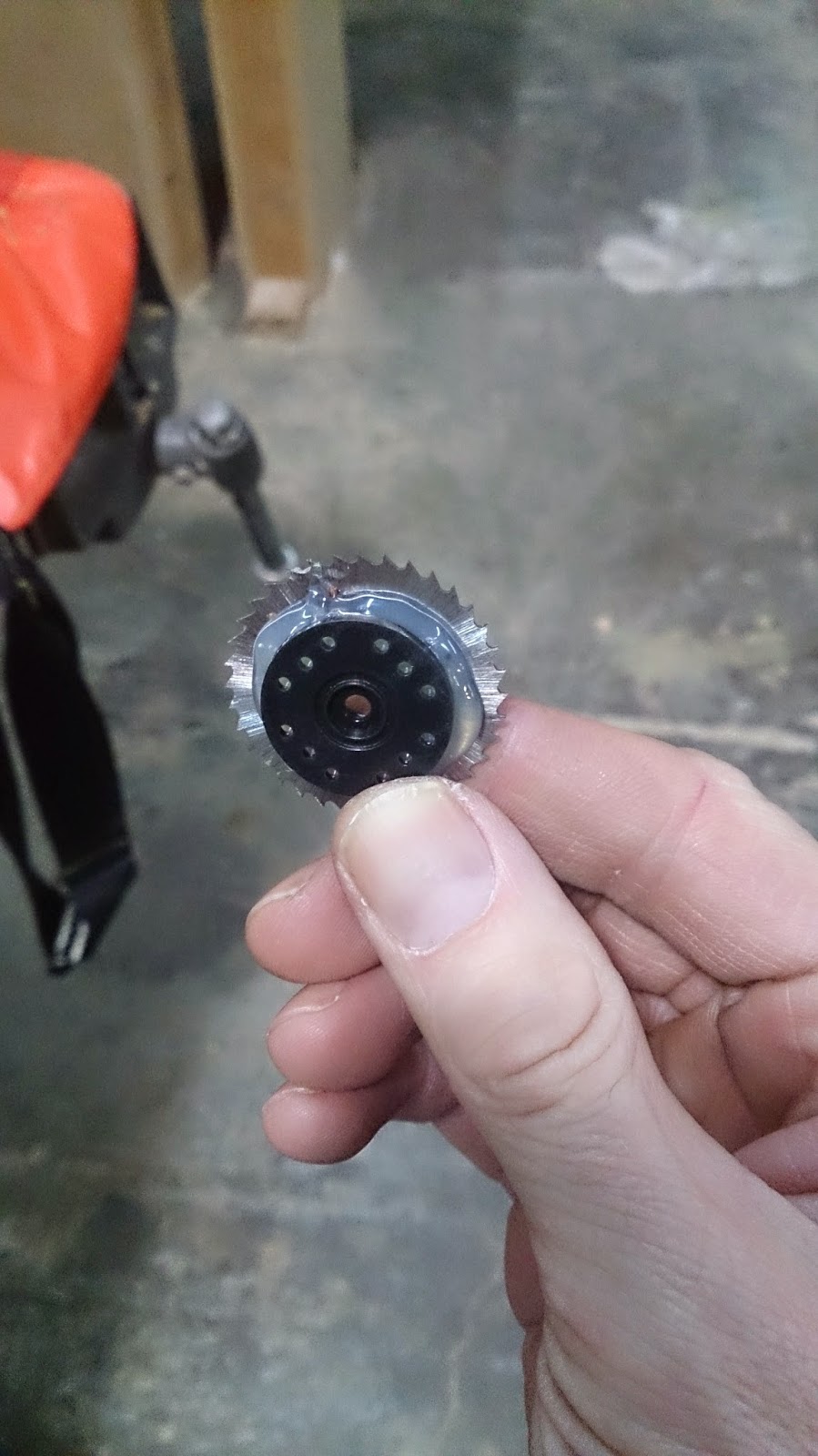 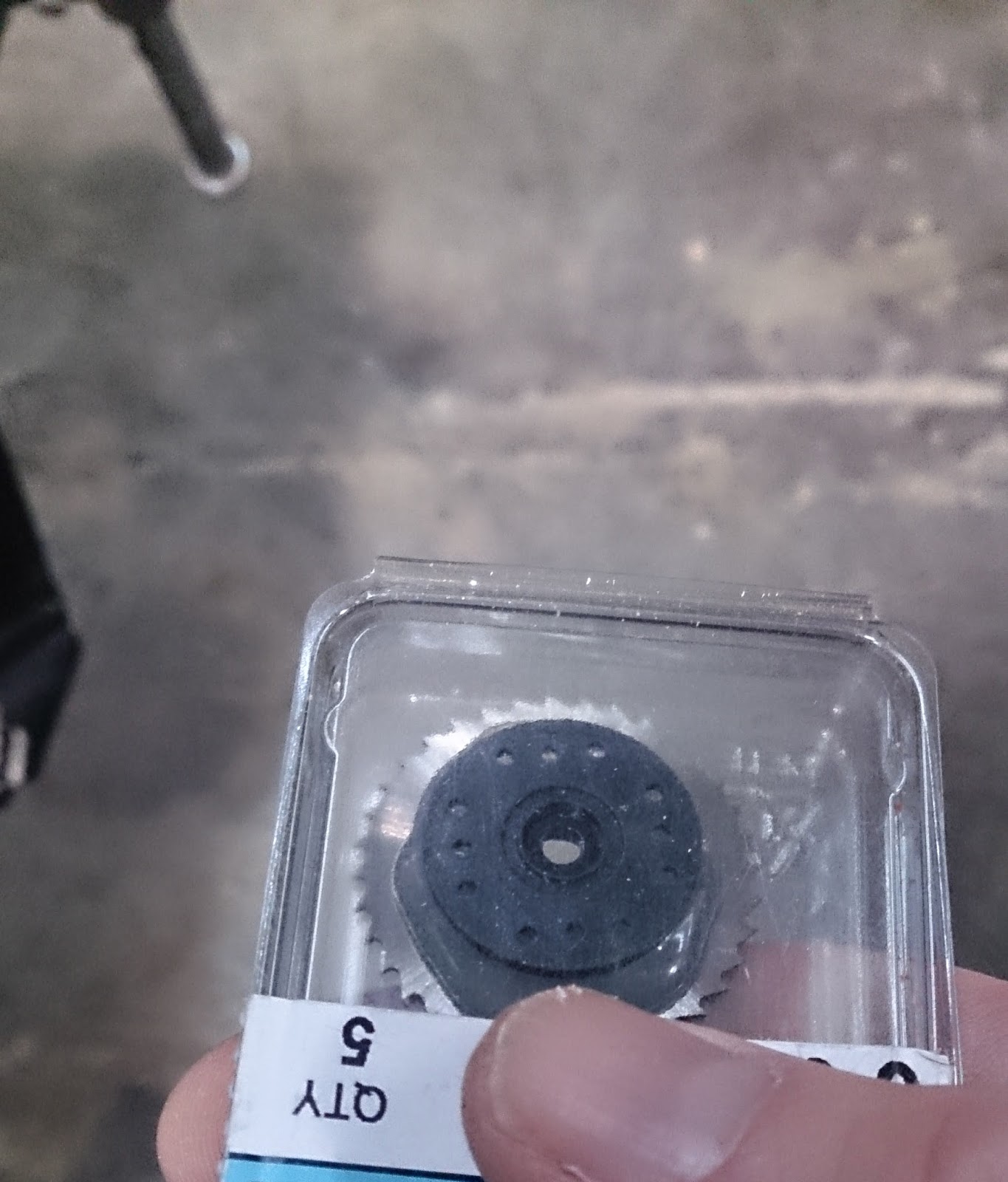 Blade and servo horn safely stored in plastic container
The schematics were updated to use different color lines for power, 0V, and signals.  The debugging hardware was cordoned off to show it was modular. 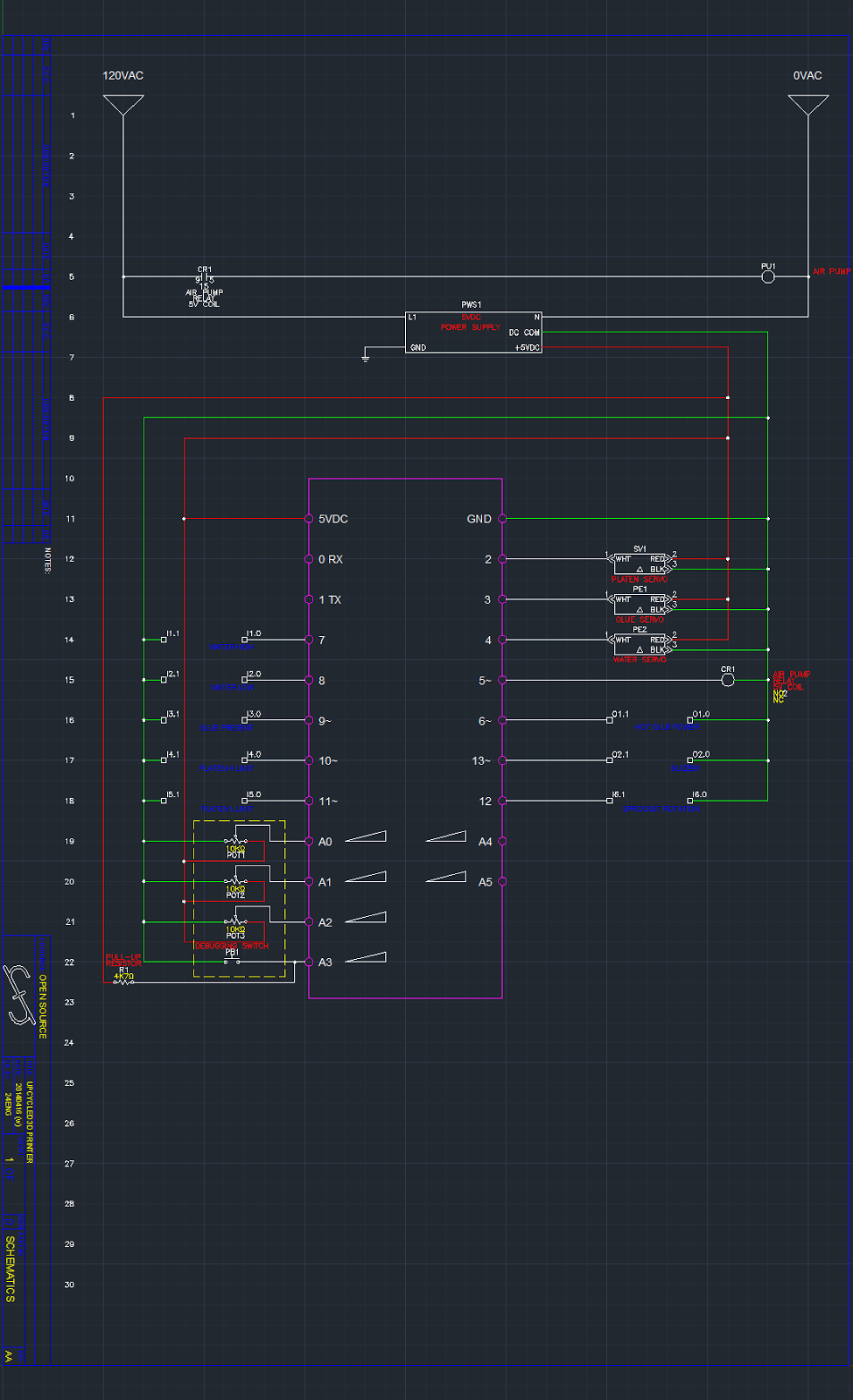 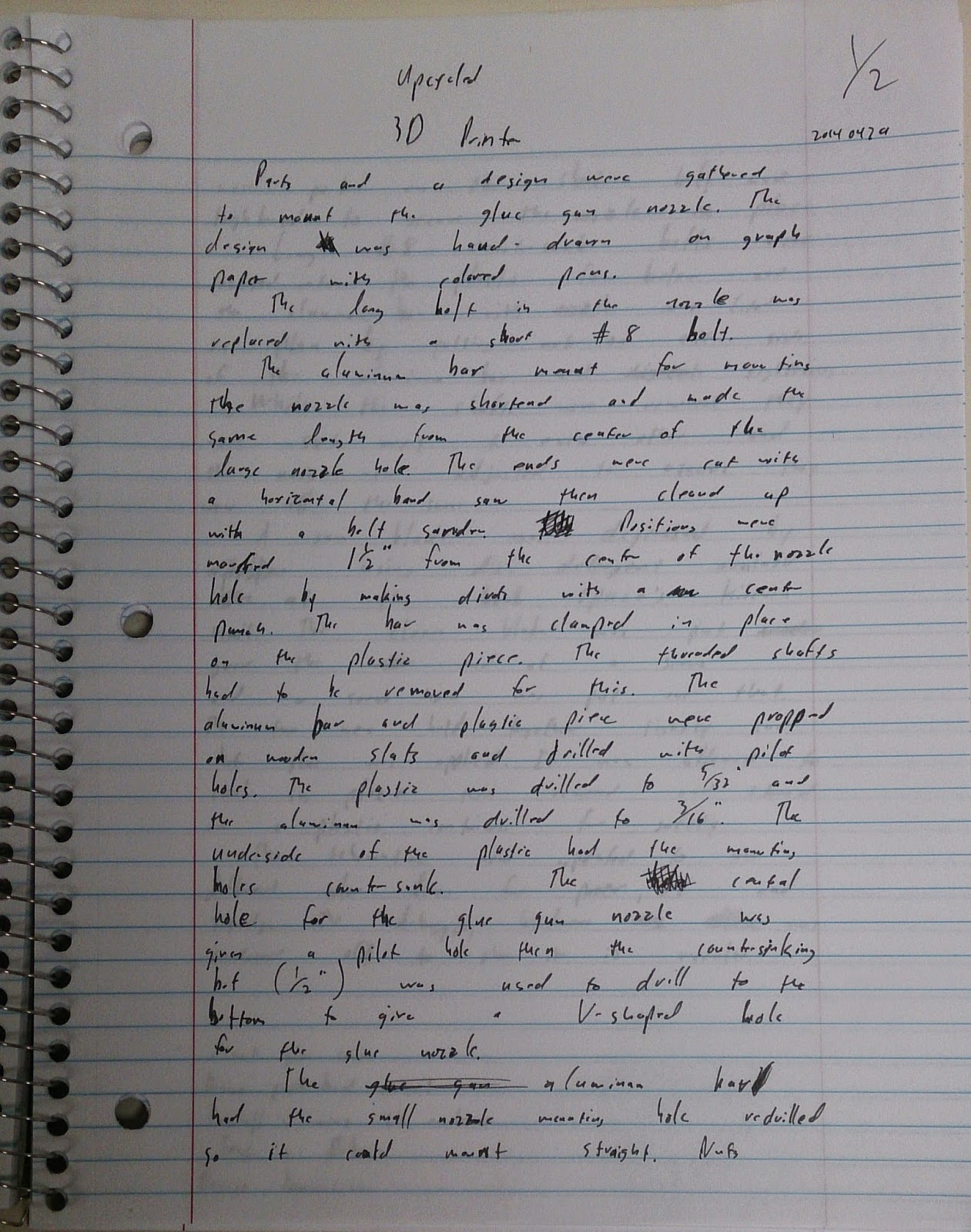 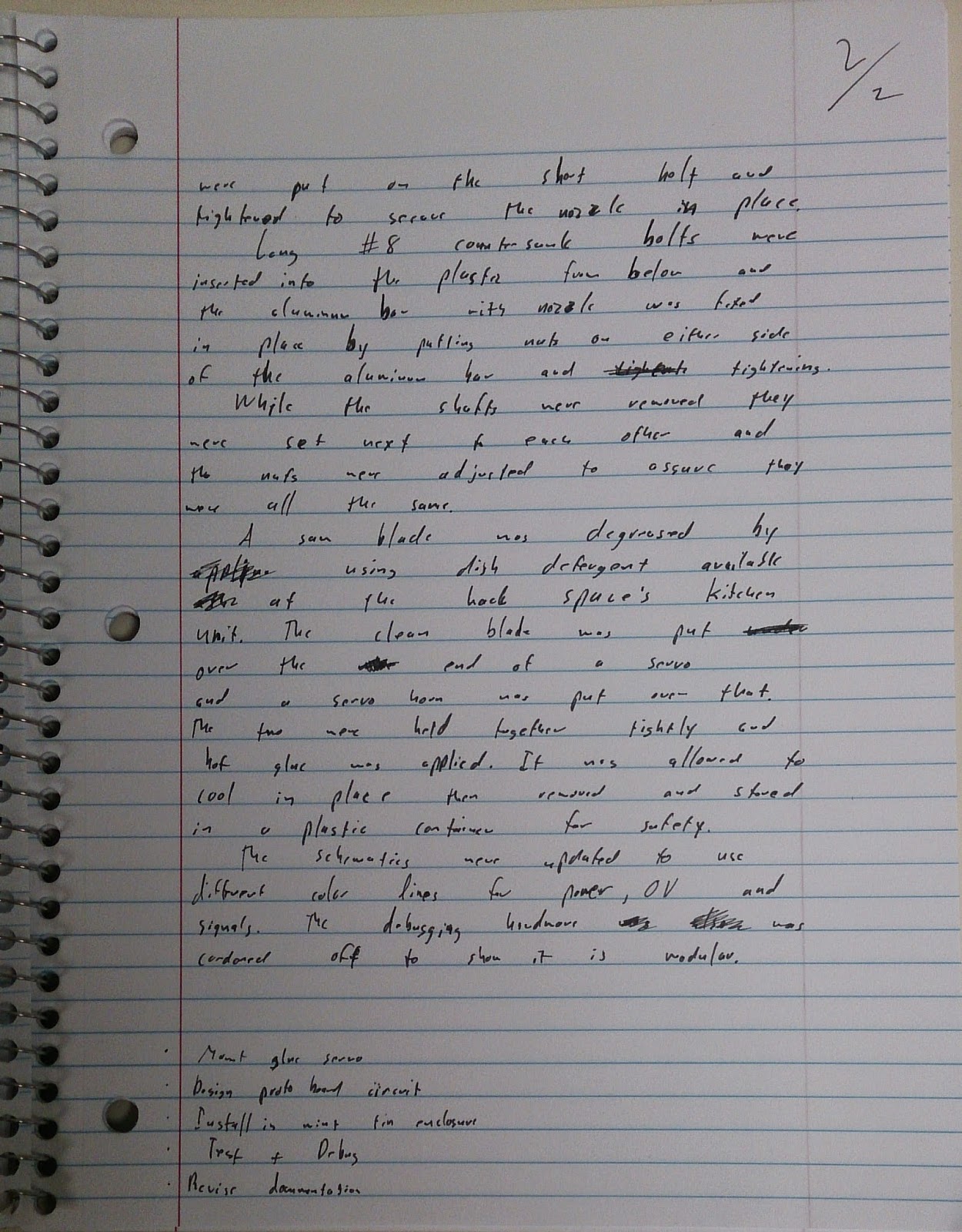