May 04, 2014
The spring-loaded arm for the glueServo was finished by installing the parts outlined in the previous sketches.  Washers to go around the aluminum bar were added even though they were not in the sketches. 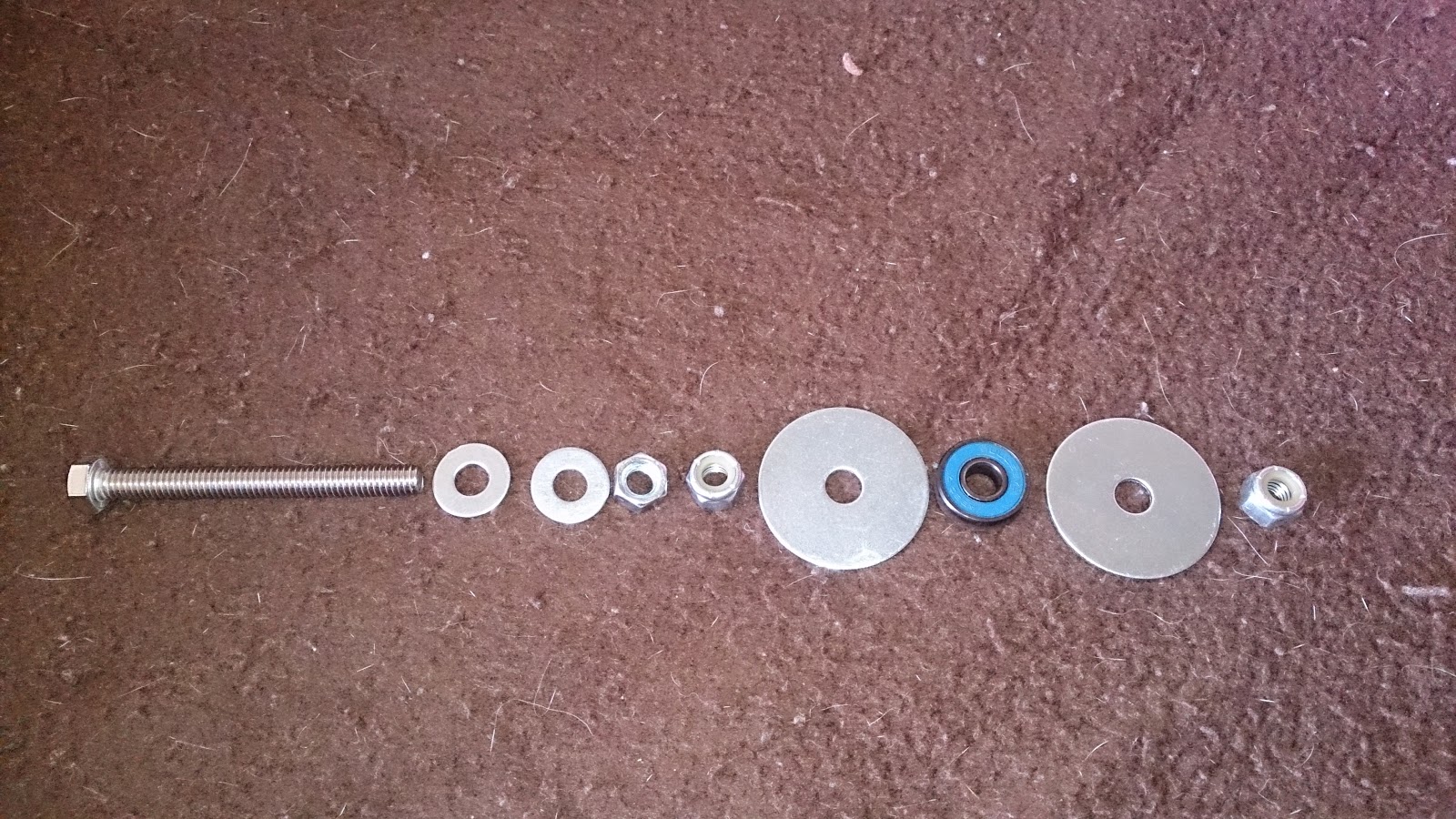 Parts for the tensioning arm 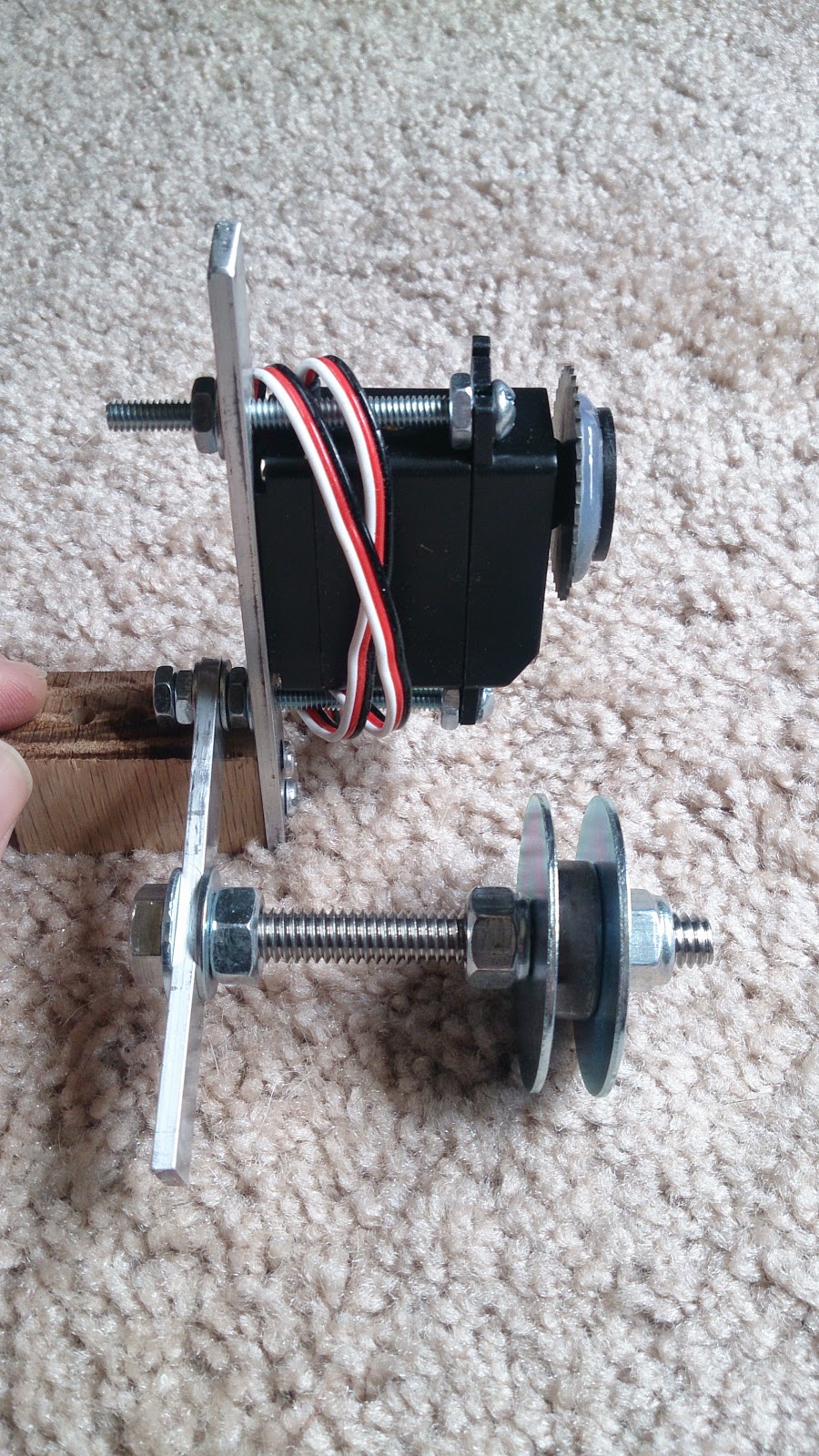 The lock nuts were positioned to keep the large fender washers and bearing loose and able to move freely as well as line the bearing up with the saw blade.  The saw blade has not been screwed down to the servo yet. 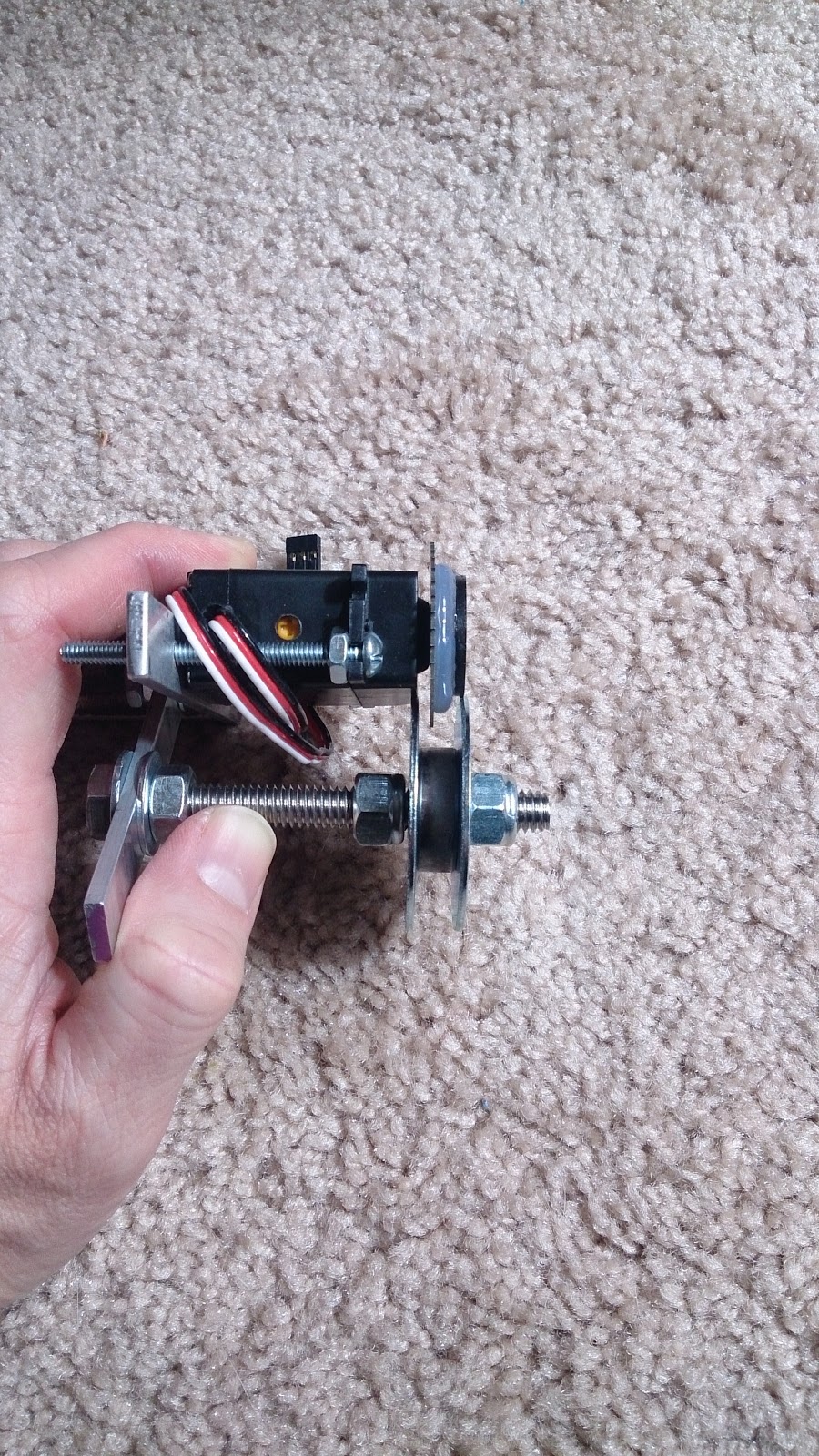 Alignment of the bearing and saw blade 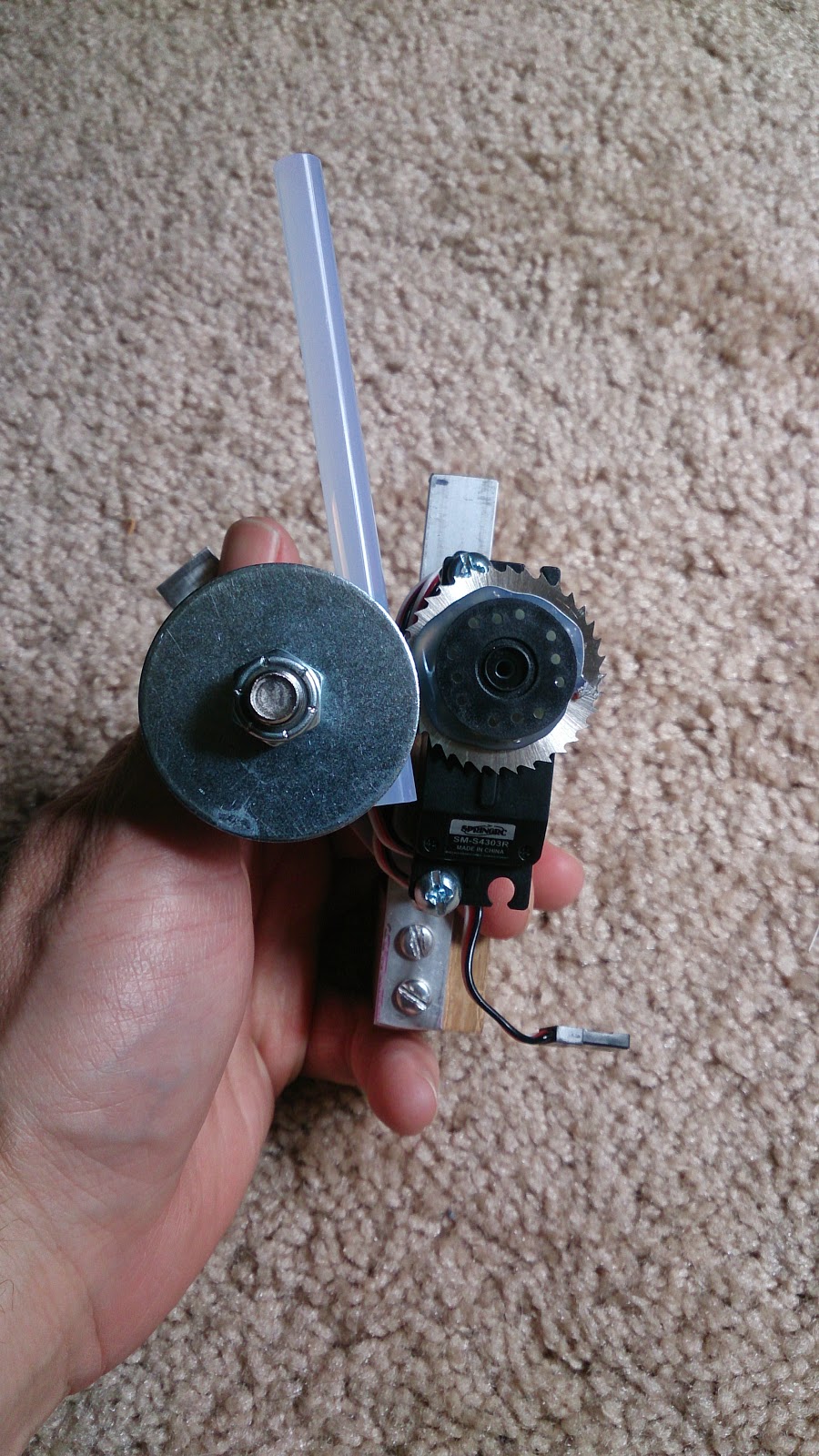 The tensioning arm was loaded with small rubber bands.

The protoshield was soldered with most of the necessary components.  A speaker was also added since once was available and already owned.  Components were merely placed according to convenience then wired accordingly.  Instead of a plug-in debugging box with potentiometers and a button these components were soldered to the board. 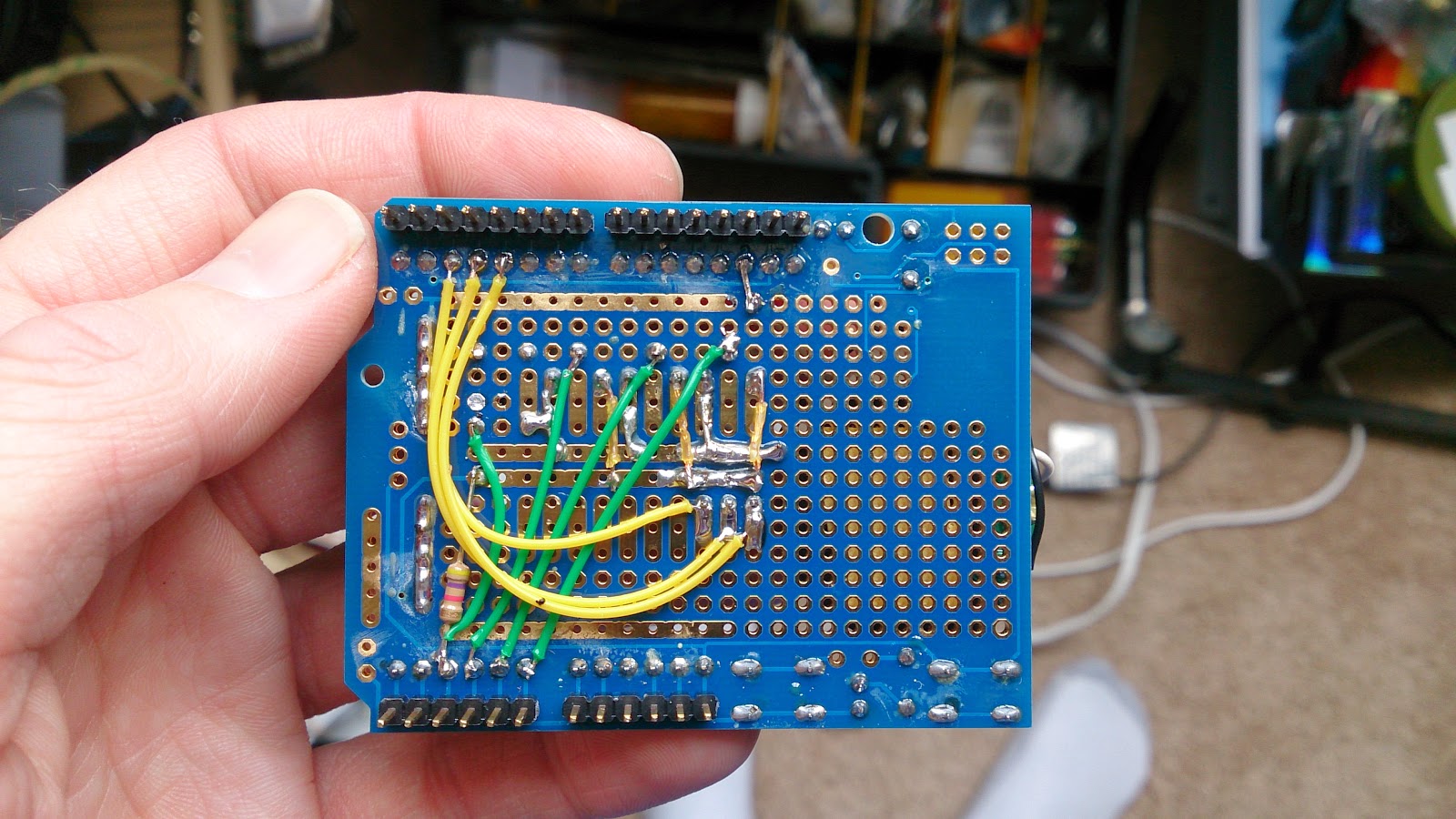 Bottom side of protoshield with wires 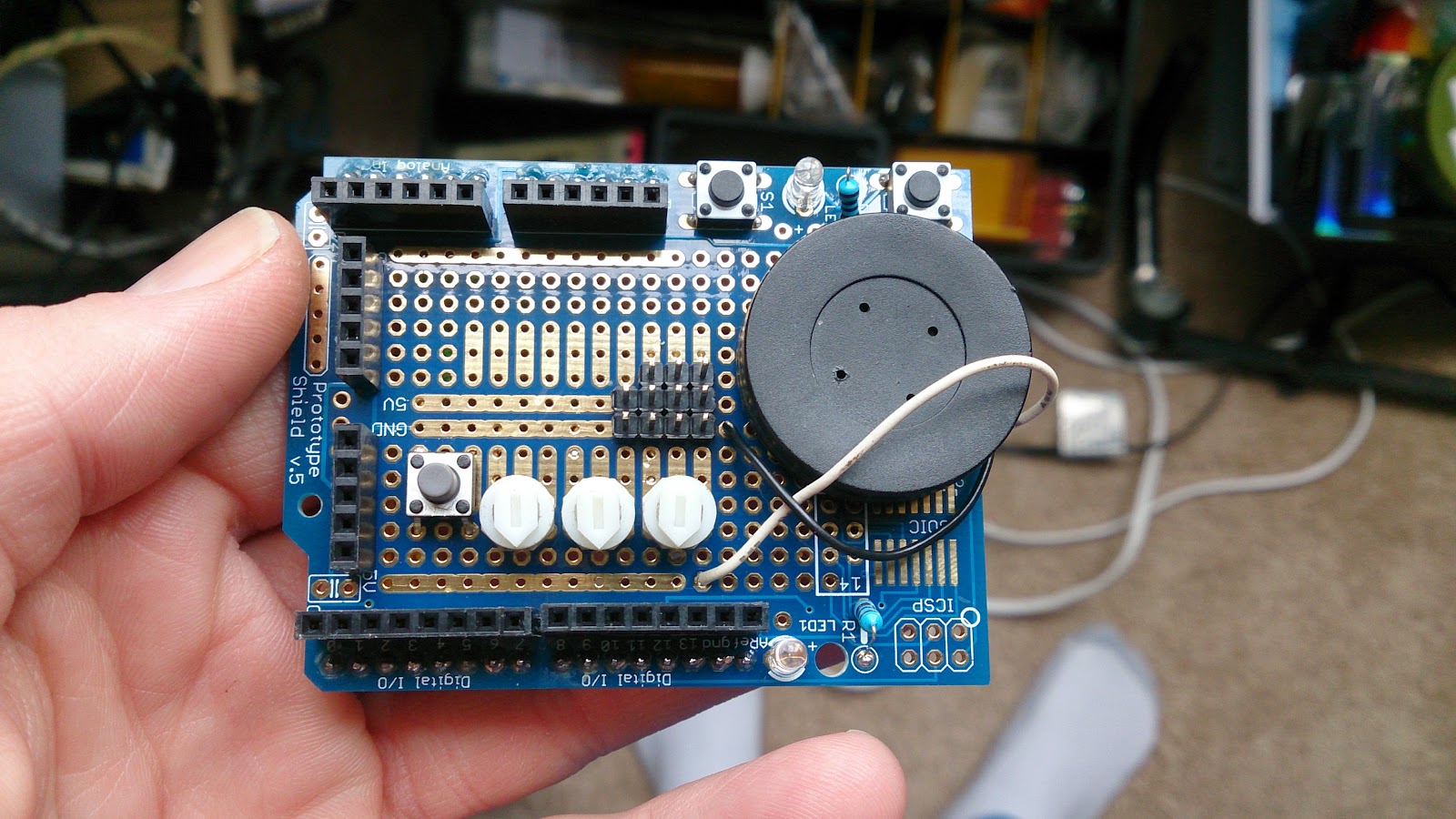 Top side of protoshield with components

The power supply had the end cut away and the wires were stripped.  The ends were tested with a meter and polarity marks were made on the ferrite filter.  The ends were trimmed and soldered to the protoshield. 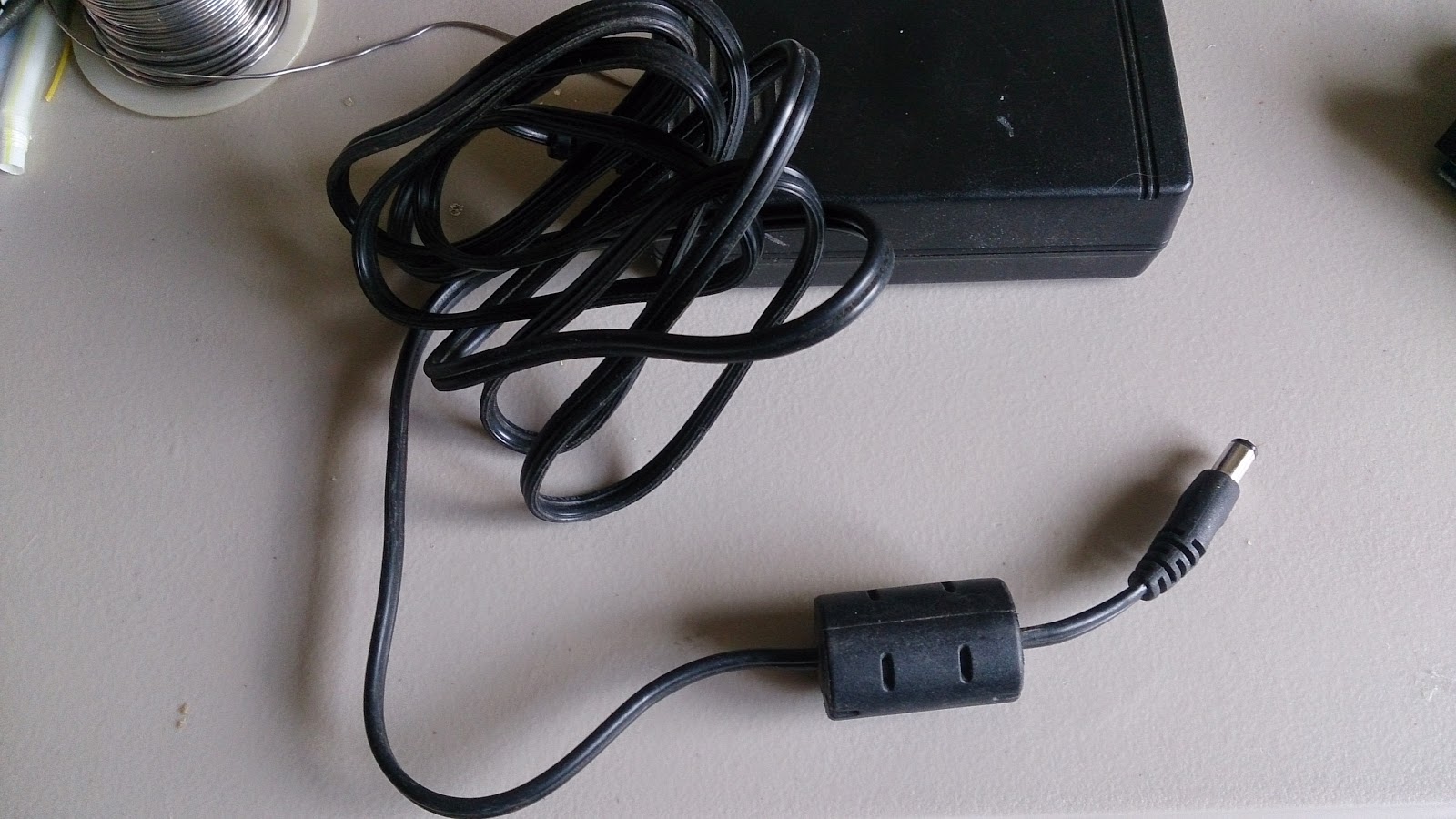 Power supply running the board
Faint red glow to the left of the speaker is the 'blink' program running. 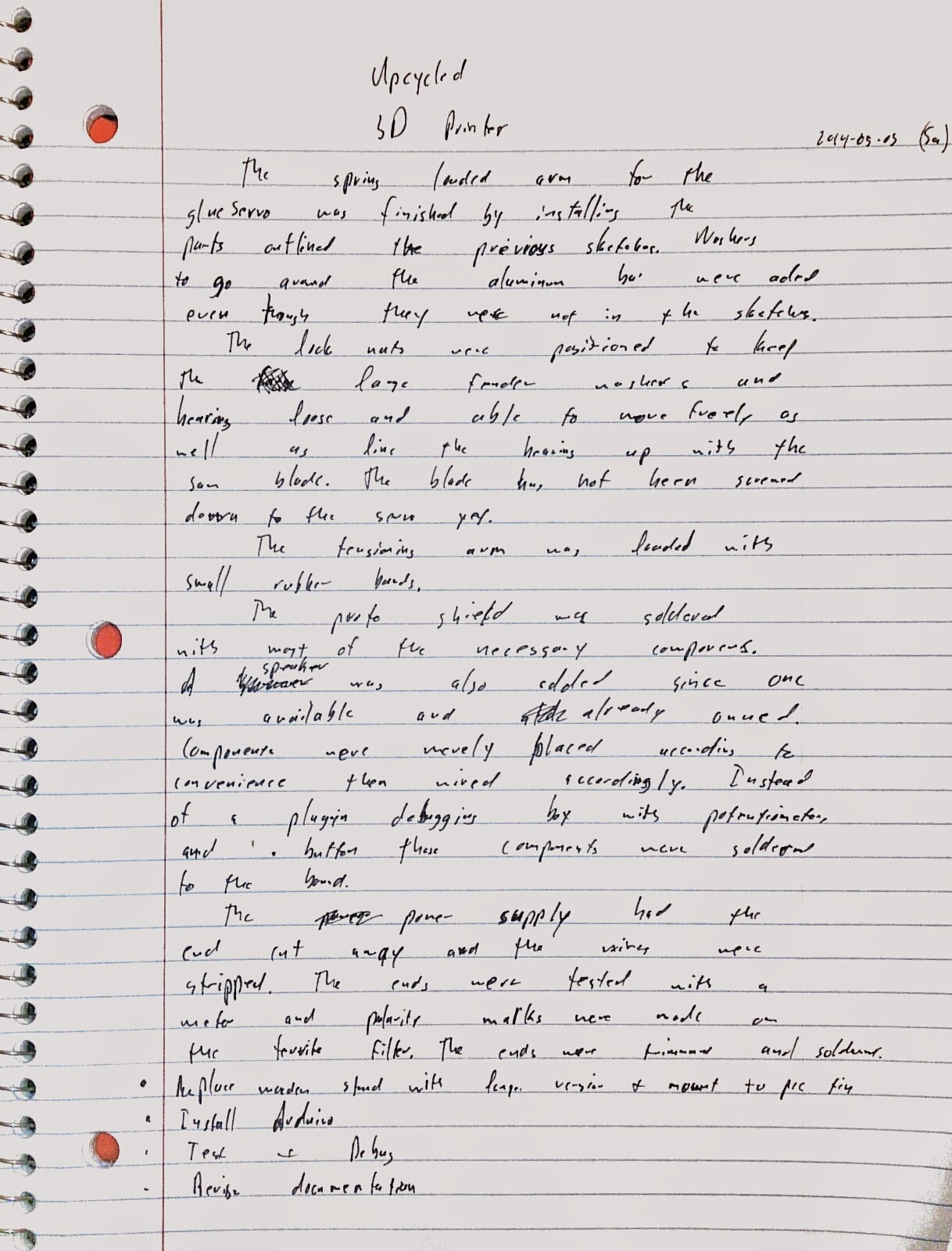