May 05, 2014
The most notable thing I did on Sunday was help out with the biannual cleanup in Mankato, Minnesota.  That was most of my afternoon.  I got to hang out with some pretty cool people and picked up more trash than could reasonably fit in a black drawstring garbage bag.

I wound up cleaning a ravine where I found an old bus token.  The guy I teamed up with, Memphis Steve, was able to identify it immediately while it was still covered in dirt and sand. 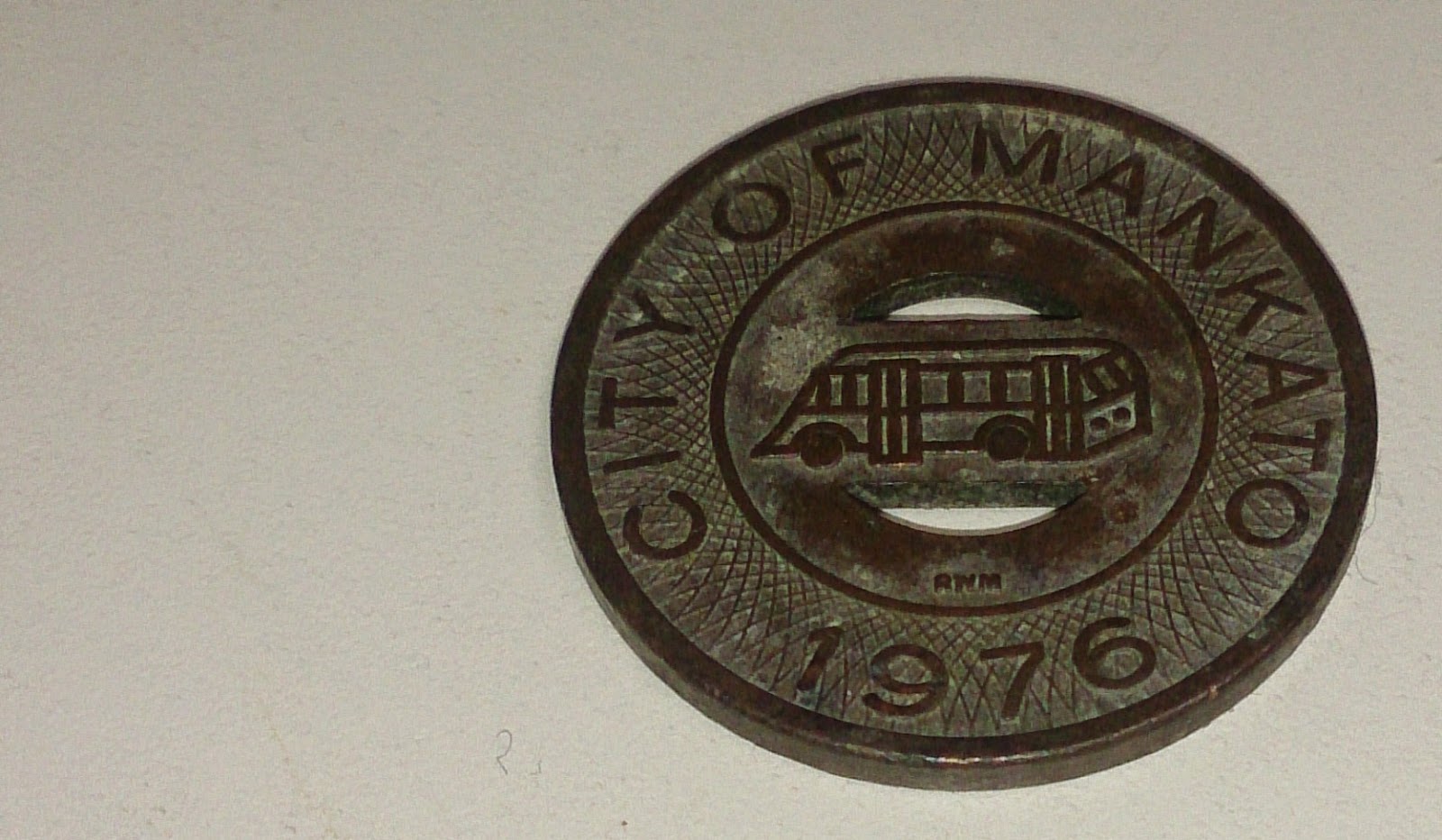 The Arduino clone was attached to the Mac but the serial port was not accessible through the Arduino IDE [Integrated Development Environment].  The program was compiled and transferred without a problem using the Windows Laptop.

The serial port was monitored and some Serial.print commands were added.  A servo was attached to each of the servo connectors to test that they work.  The serial comm currently shows the debugging potentiometer values but should also show the implemented values in the program. 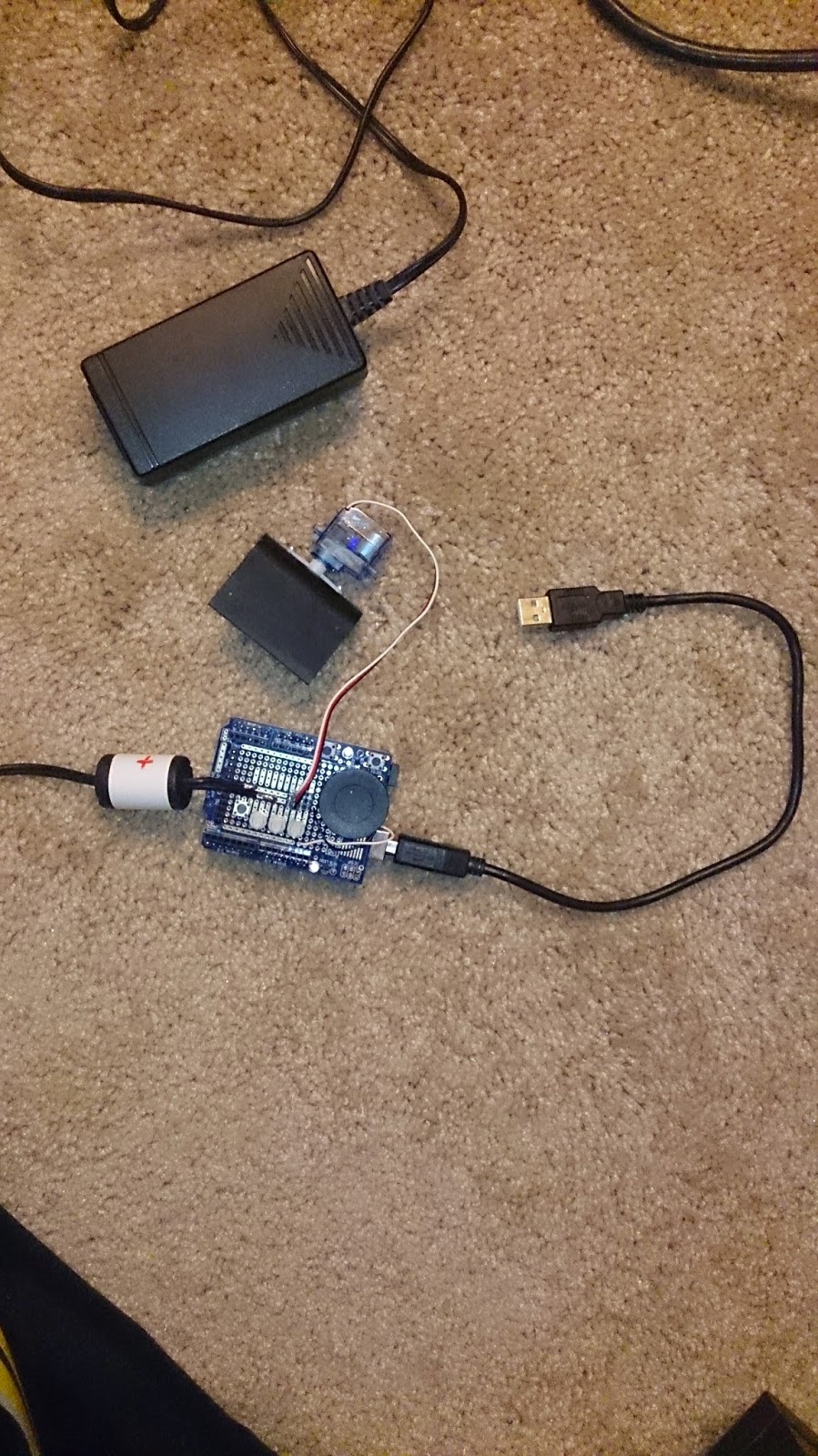 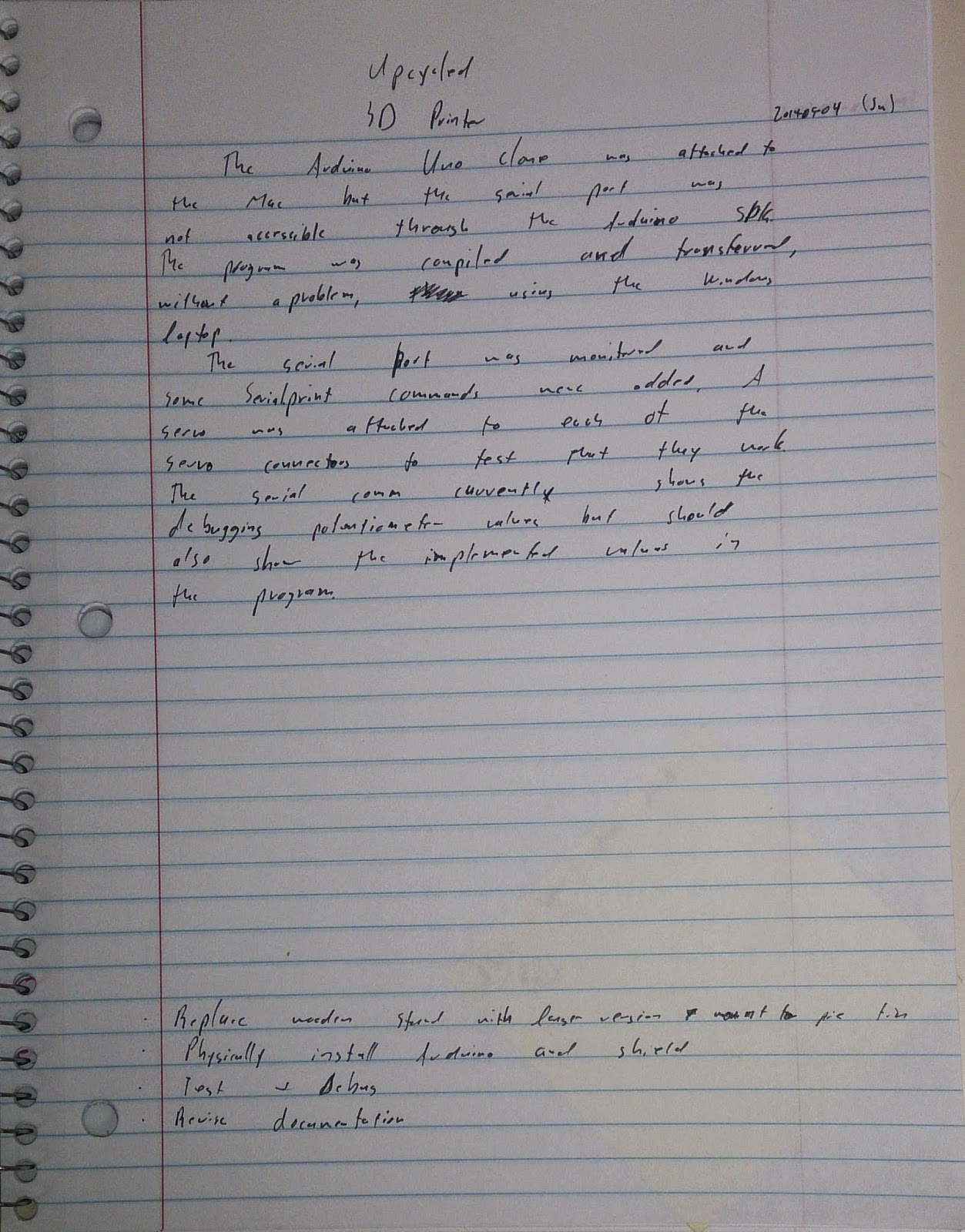