May 06, 2014
Starting is an impossible thing we all have to do.  If I had motivational posters around my room they would not say anything about "Hanging in there," or "Keep trucking," they would say "Get out there," or "Start that engine."  If you look at my slapdash approach to projects it may not seem like I'm afraid to give something new a try but I wanted to write this journal, the one you're reading now, for years before I actually committed it to the internet.  It wasn't that I was afraid I would fail, it was because I was afraid I wouldn't continue after I started.  The scariest thing was that people might actually read this journal and expect me to update it regularly.  That fear is fed by the idea that failing to update would lead to disappointing people.  For over three years this journal was solely written by hand.  Once I proved to myself that I could update regularly I decided to put it on the internet and add my personal opinions at the top.  I'm glad I started this but it's still scary when people read it and when they don't.

The audio segments with Joe Robertson were rerecorded in an effort to make the show more succinct.  The session was recorded on the iPad the same as last time but at a higher level by adjusting the controls on the microphone hardware.  A second microphone was also used.  This is a shotgun microphone suspended in a homemade shock mount.  The microphone is interfaced to the computer through a USB ↔ XLR adapter recently purchased. 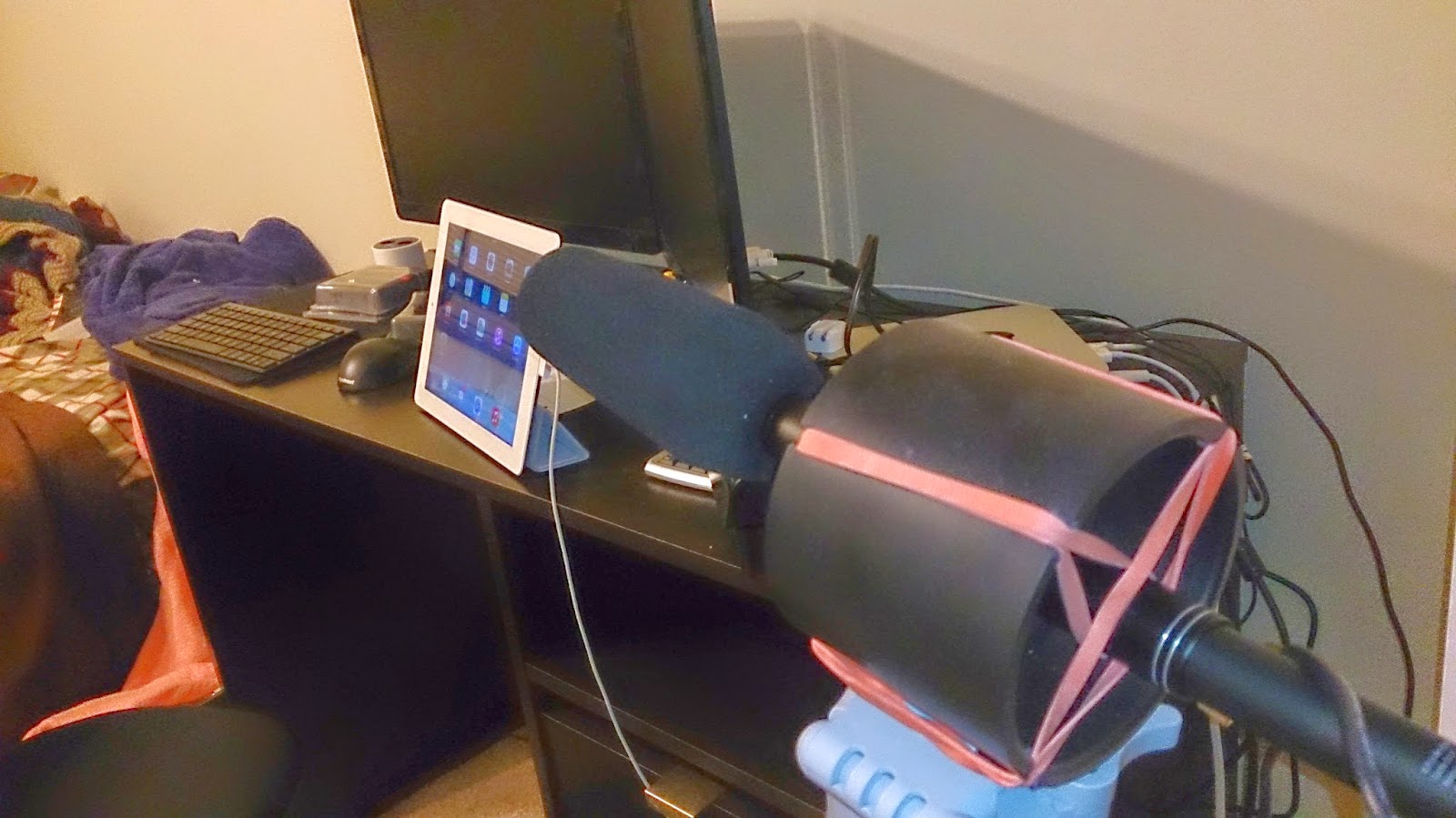 No name has been decided upon however Joe suggested it may fare well as two separate shows. 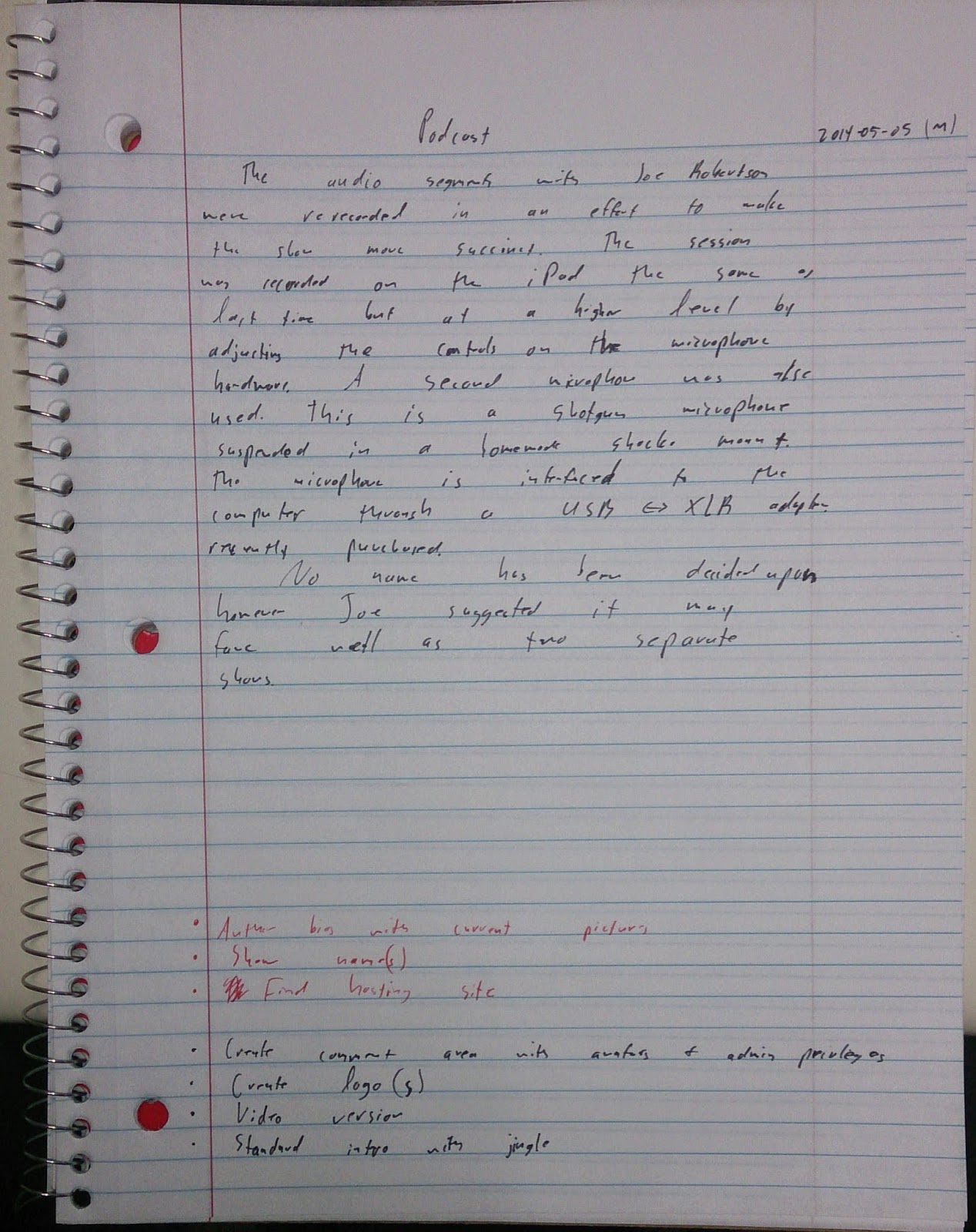