I have limits.  Some of them are obvious.  I had no ability to learn Spanish in high school but my pronunciation was all right.  Basketball isn’t really my game.  Sometimes I have weird dreams that I’m black in my calculus class and an assignment is due and I can’t even scribble it out in class because I have no clue how to do it.

Fortunately I know how to challenge myself.  A PID loop is a powerful tool for controlling things like temperature and used very often in industrial programming.  It uses calculus and laborious tuning but produces very reliable results once adjusted.

The challenge I’ve given myself is to produce a controller which requires no laborious tuning, no calculus but gives accurate temperature regulation.


Notes were sketched while driving from Mankato to St. Paul on the iPad.  The first page of the notes was used to break down the function of an ordinary oven which would also describe the method of heating a sous video oven with a discrete output such as a relay. 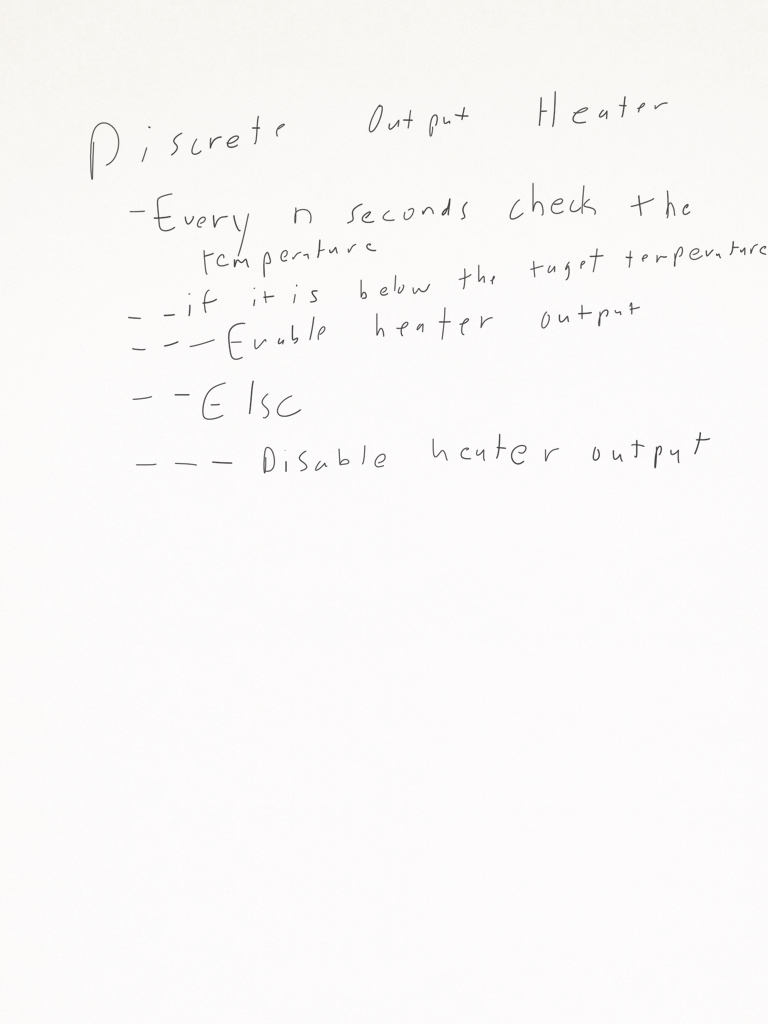 The second page of notes was a graph describing how a variable heater could tune itself while heating the oven and find a “sweet spot” where the oven would be continuously powered at a regulated level. 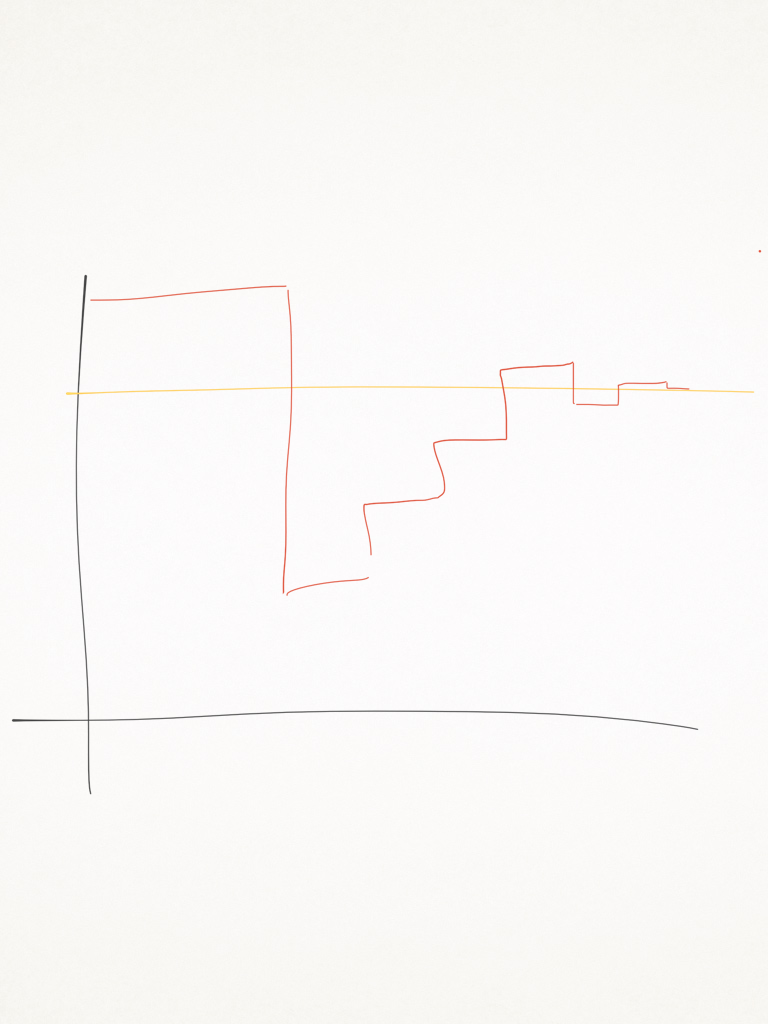 The third page used the same graph but had the water temperature graphed on it as well to give a better idea of what is being accomplished.  The “sweet spot” is shown in yellow and is aligned for the purpose of the graph so heat amplitude and water temperature are more easily seen as inverse functions of one another. 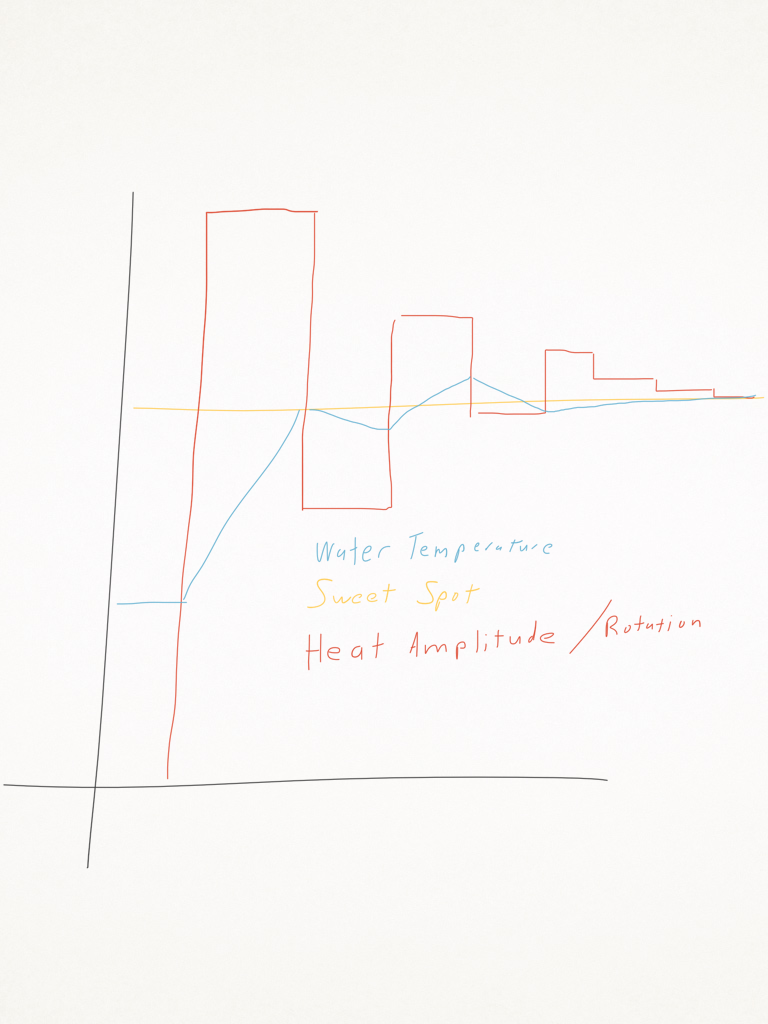 The fourth and fifth pages describe what happens, in pseudo code, during each phase of preheating and cooking. 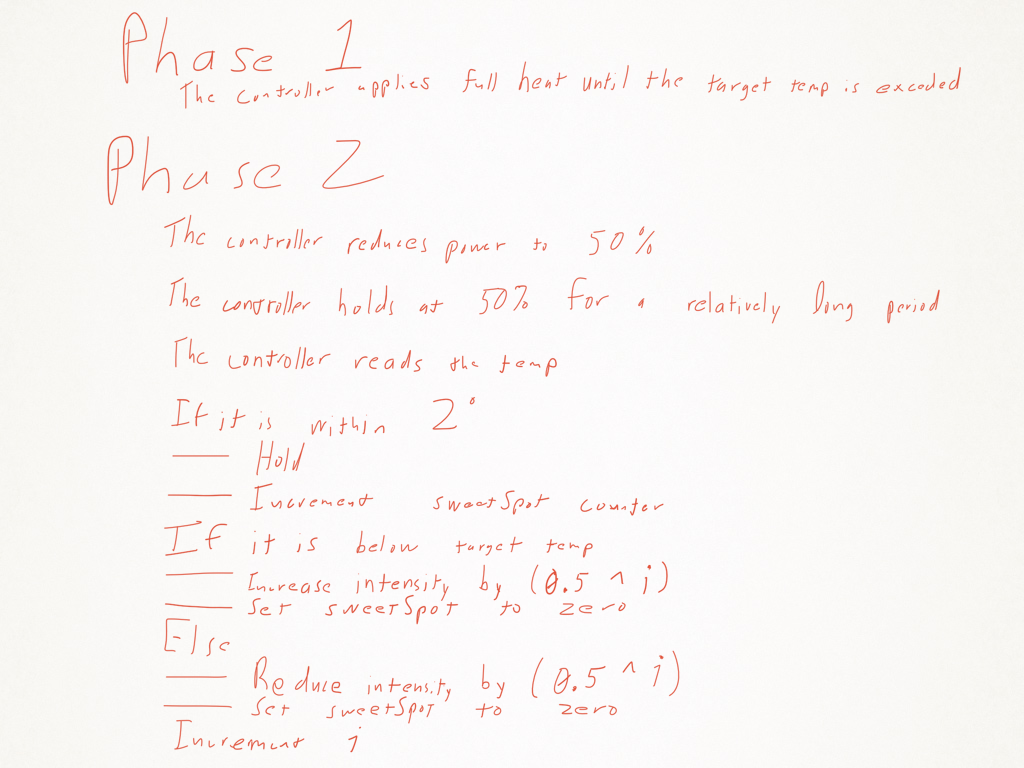 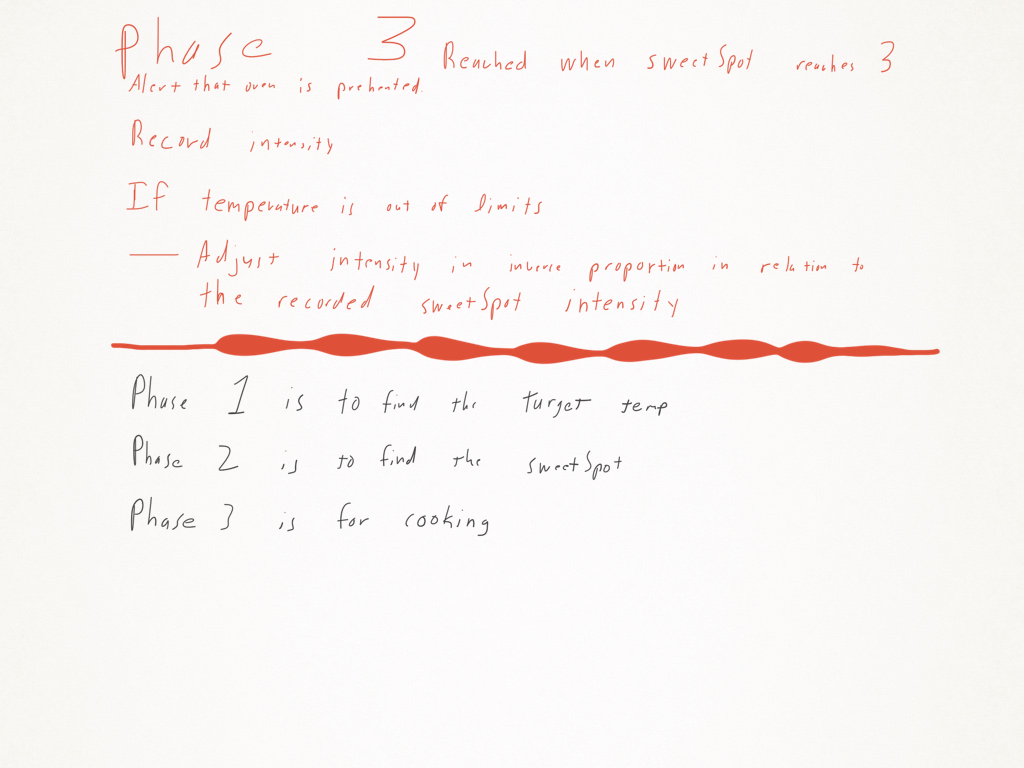 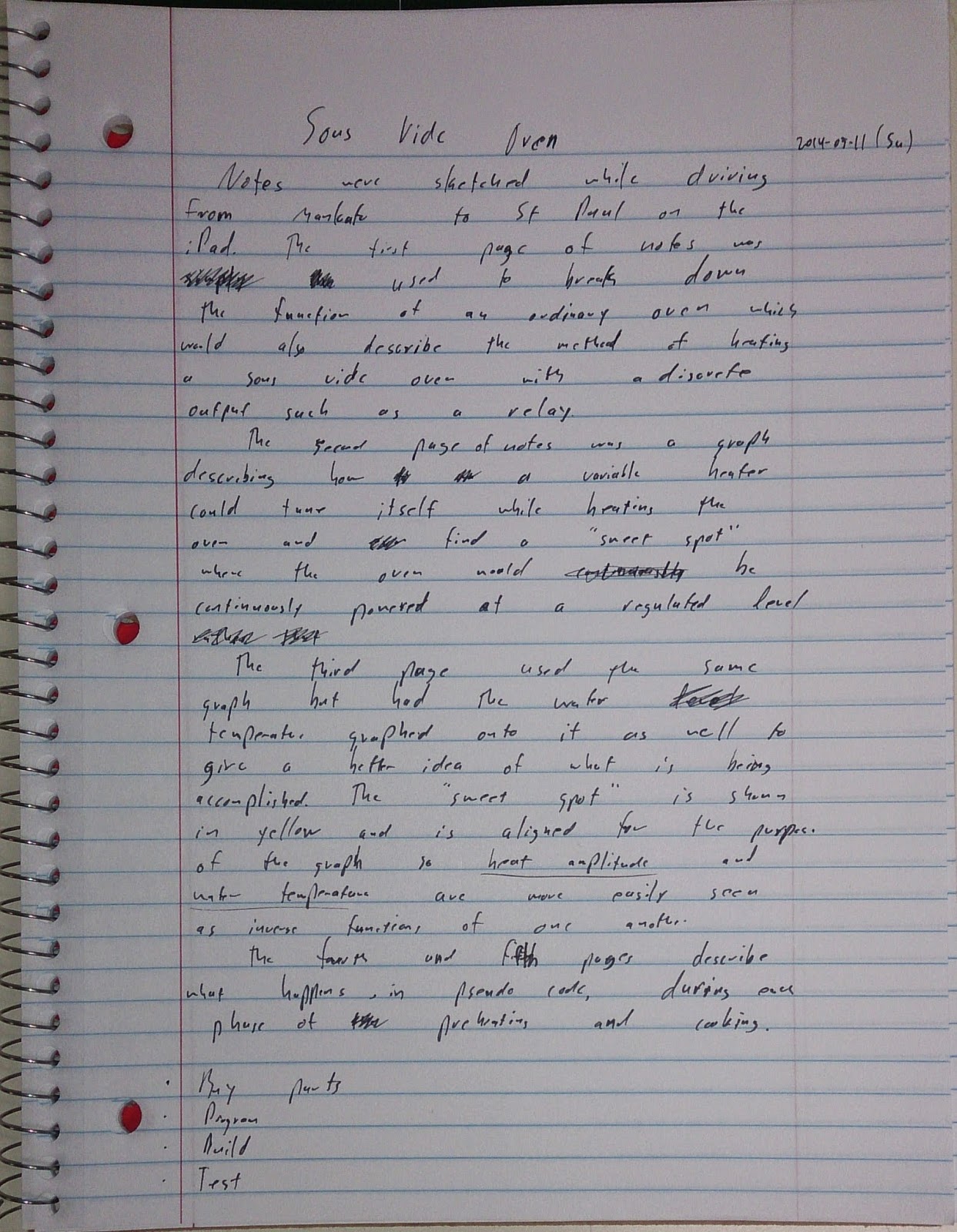