At present I am an engineer who blogs incessantly about my creations.  When I started high school I dwas a jock who was just happy to be in sports.  Cross country, track and field, wrestling and soccer.  Now, I’m still pretty competitive and once in a while I get to flex that muscle.

I did the only natural thing and suggested a competition to see who could build the better tennis ball launcher for the summer.  He and I are both Dungeons & Dragons geeks so we put our rule lawyering skills to the test and hashed out a set of criteria for scoring the final products.


A friendly competition was set up with Jody Patterson to create a tennis ball launcher.  Criteria for judging was agreed upon and includes quantitative scoring in:

The panel to judge the qualitative subjects has not been decided.

Two ideas were sketched using Adobe Ideas on the iPad.  The first sketch illustrates a design like a slingshot with bearings guiding elastic bands similar to a slingshot.  It is meant to be built on a 2x4.

The second sketch uses three PVC tubes outfitted with skate bearings.  Some of the issues encountered with the first design were rectified and some of the design was copied. 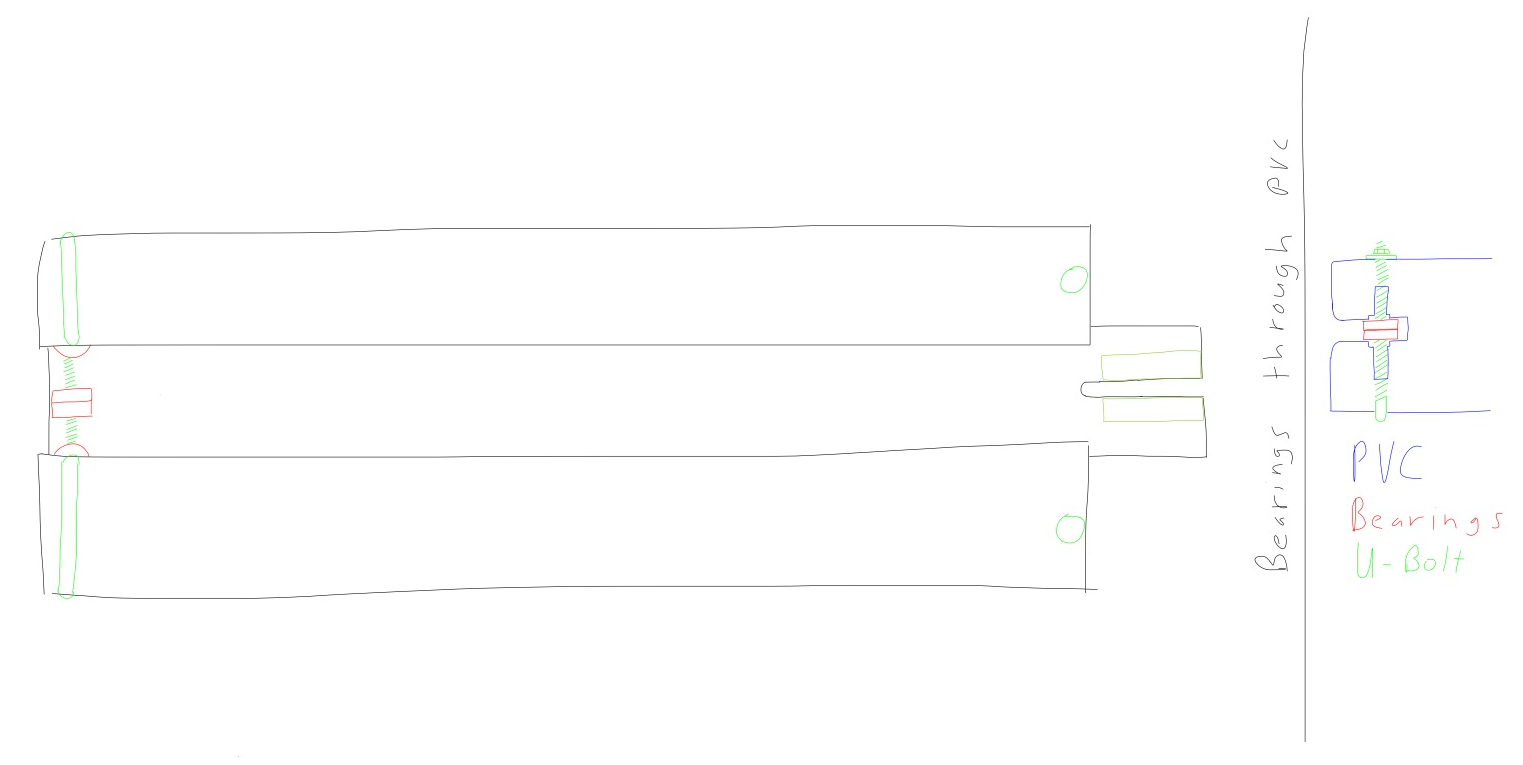 One member was recruited to the team. 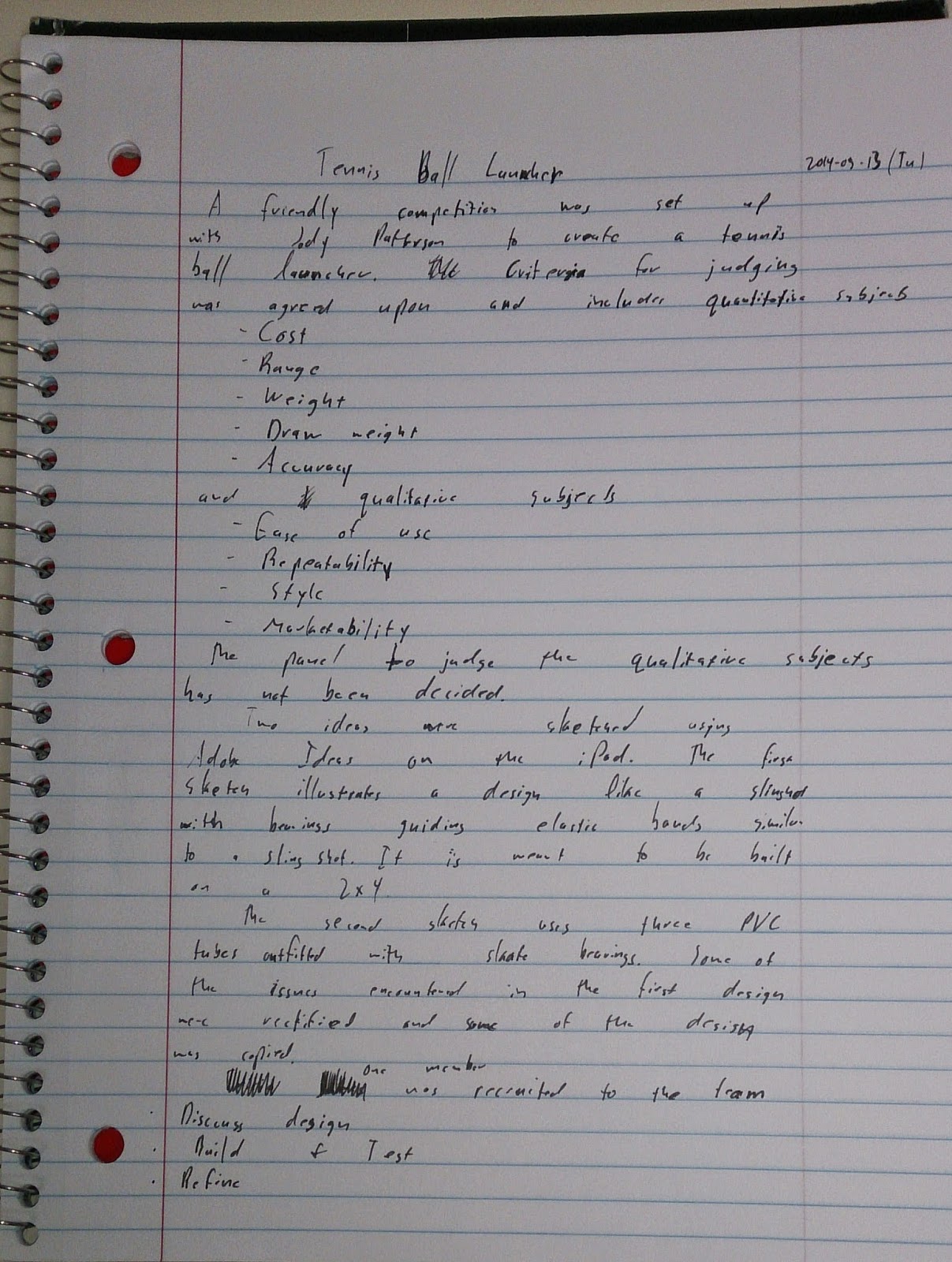