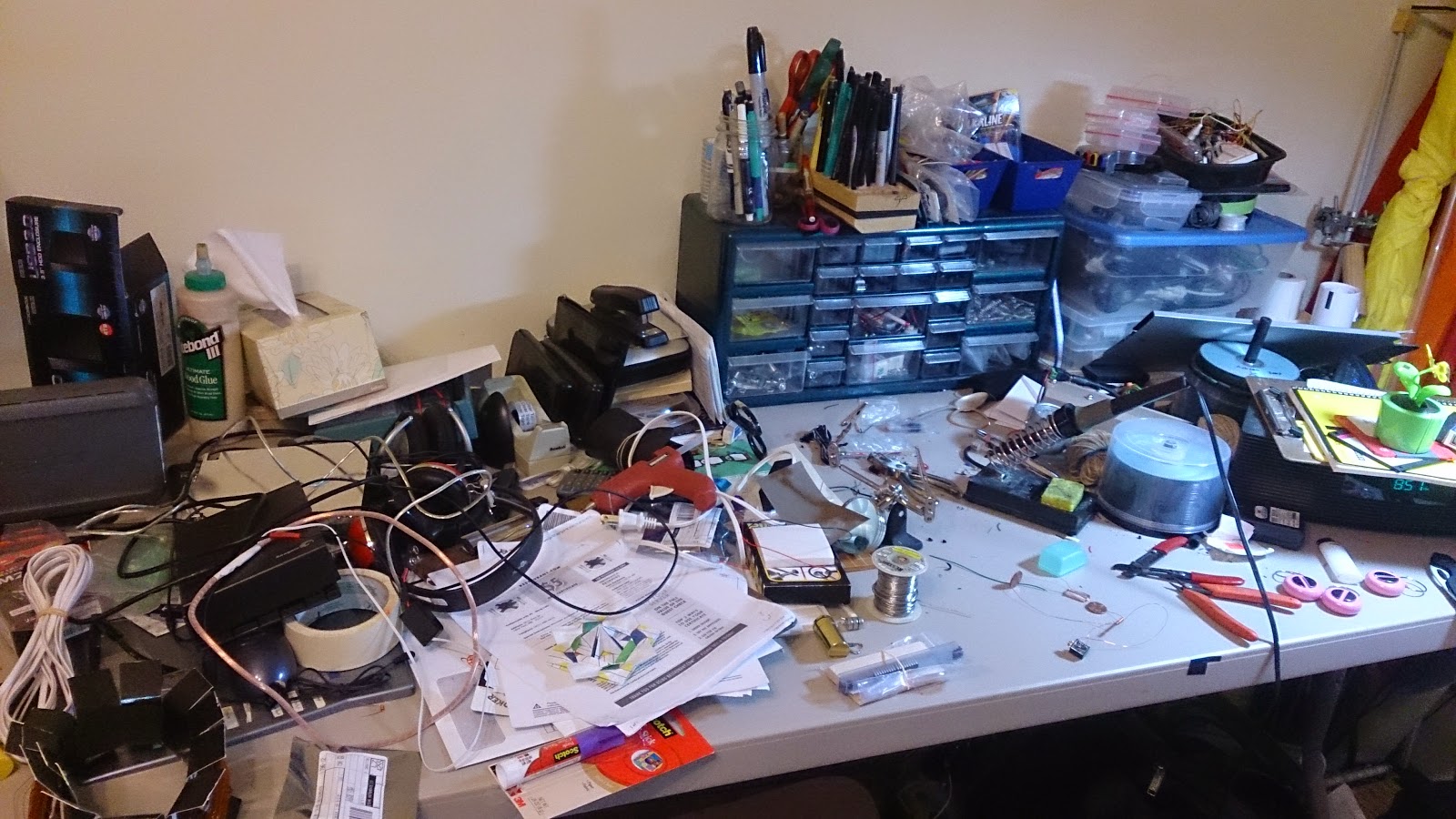 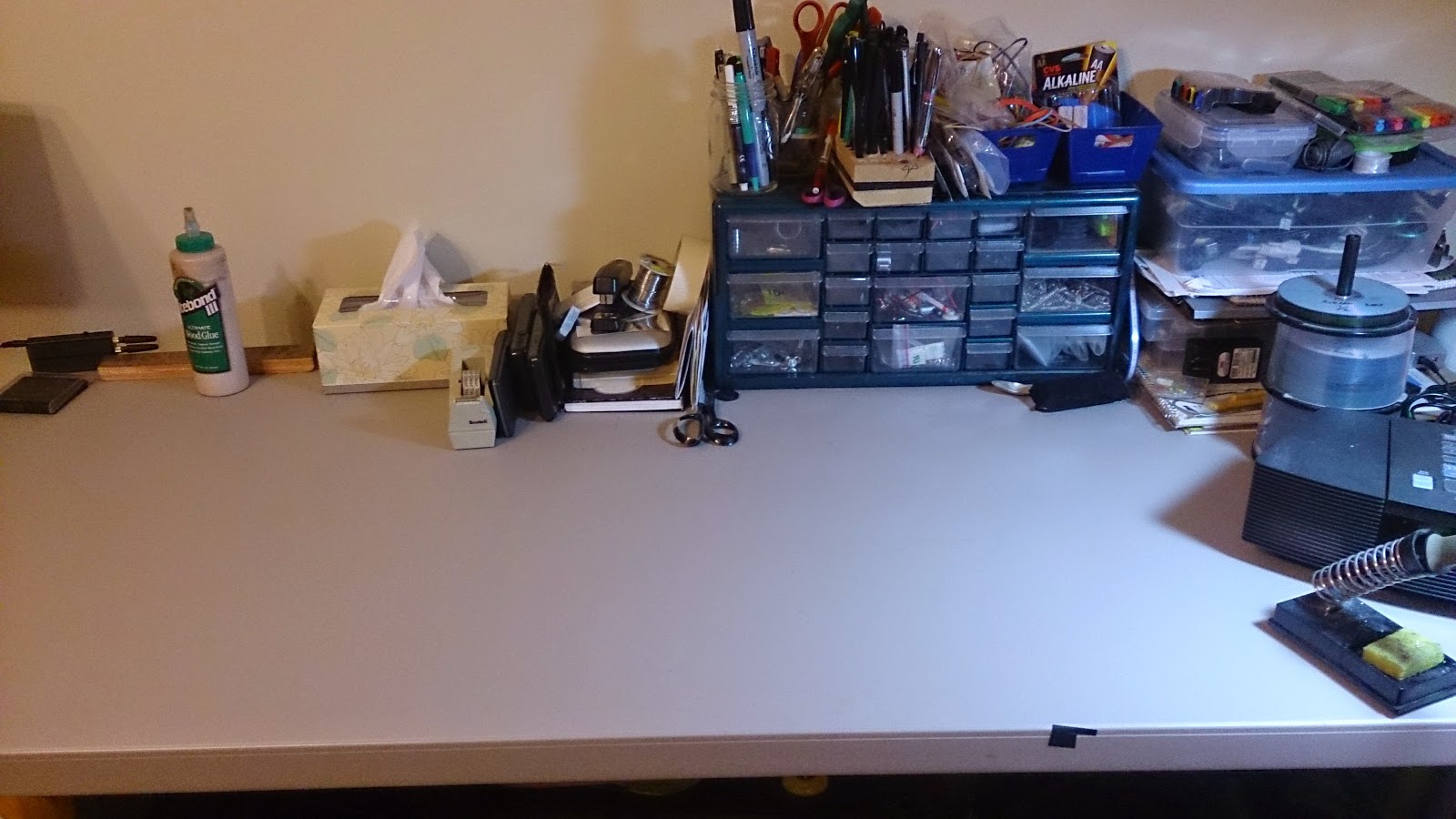 Just don't look at the floor. 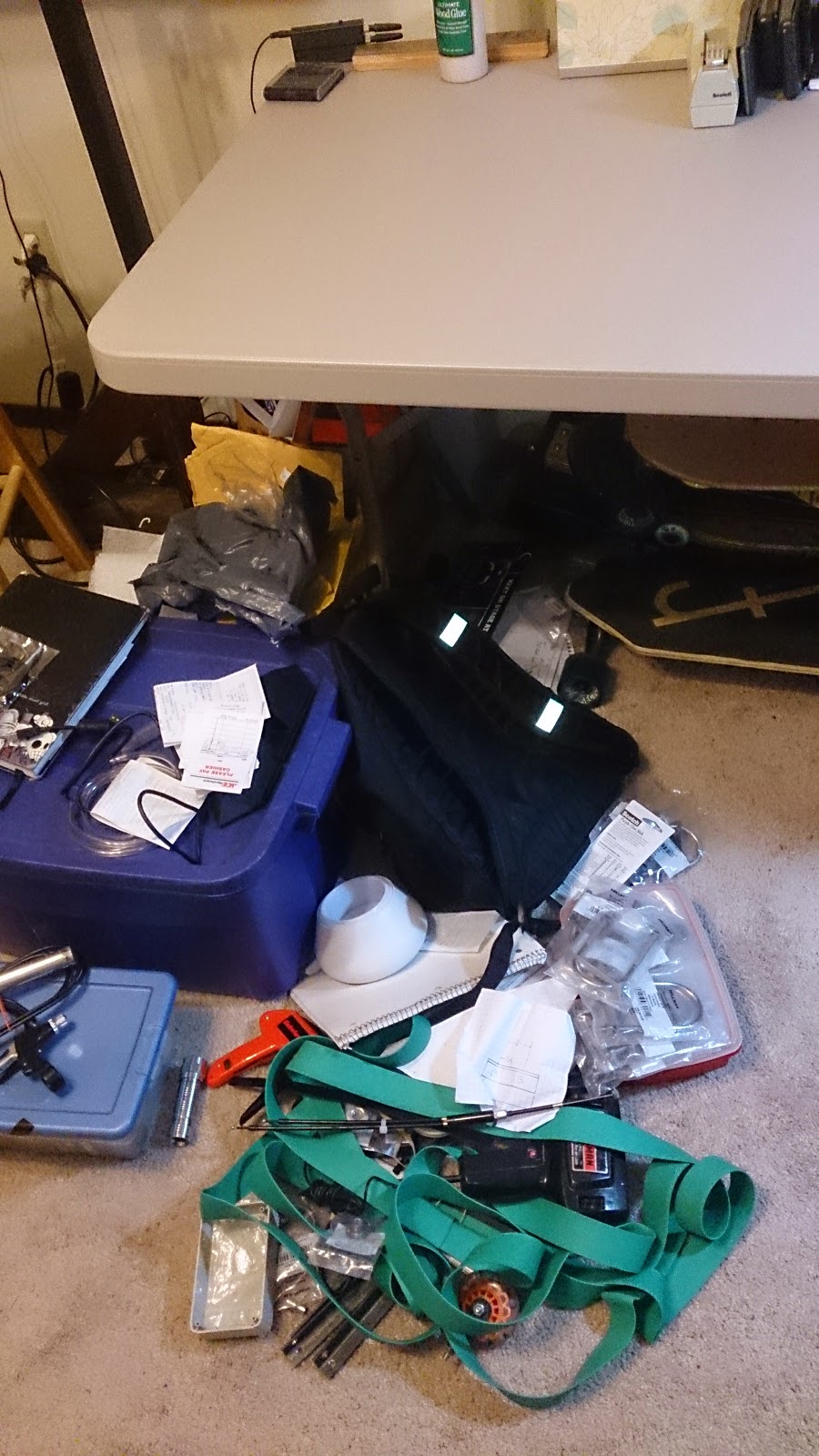 Here's all the debris just sitting on my desk

The DigiSpark was proving too difficult to interface with the MCP23008 so an Arduino Pro Micro clone was ordered on 2014-05-05.  The Pro Micro uses an Atmel chip which interfaces directly with USB through an onboard micro USB port, unlike a Pro Mini which relies on a USB ↔ Serial board to be connected when programming and debugging.  Hopefully the Pro Micro can emulate a USB keyboard and interface with I2C devices using the standard Wires library.

The TRRS sockets were removed from the enclosure and unsoldered from the DigiSpark. 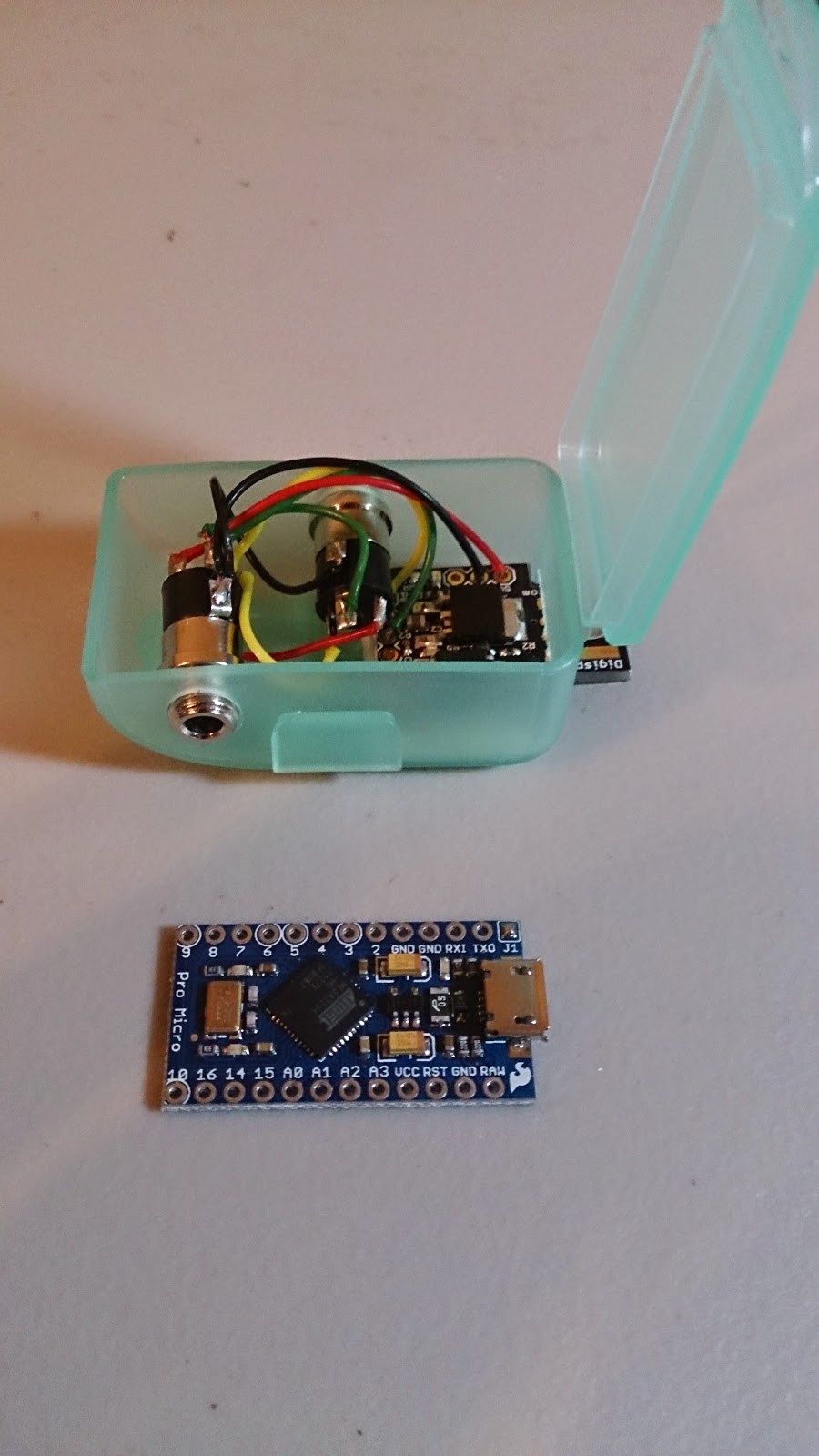 Old Digispark in the enclosure and the new Arduino Pro Micro

The wires were soldered to the Pro Micro after referring to documentation on sparkfun.com 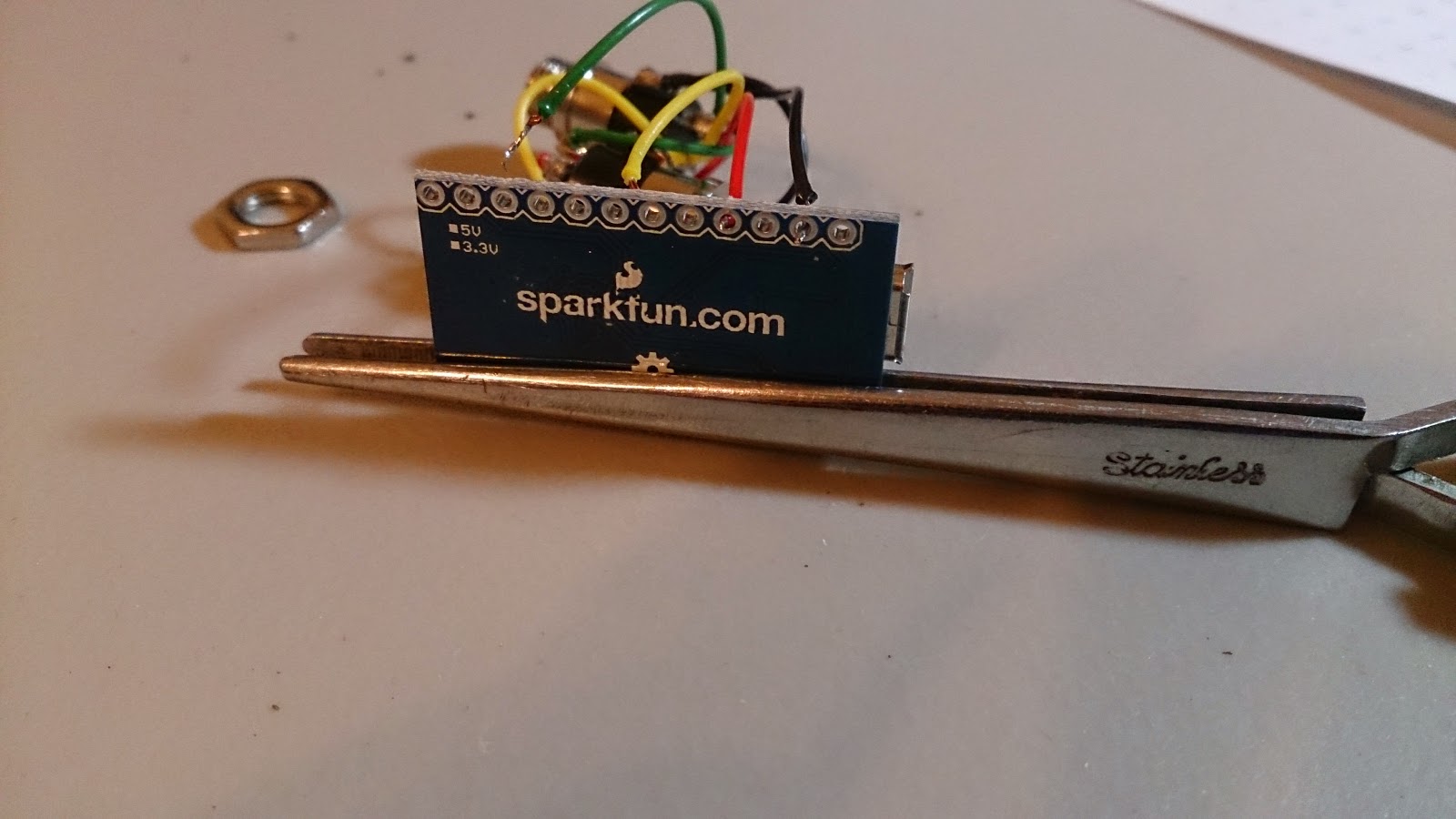 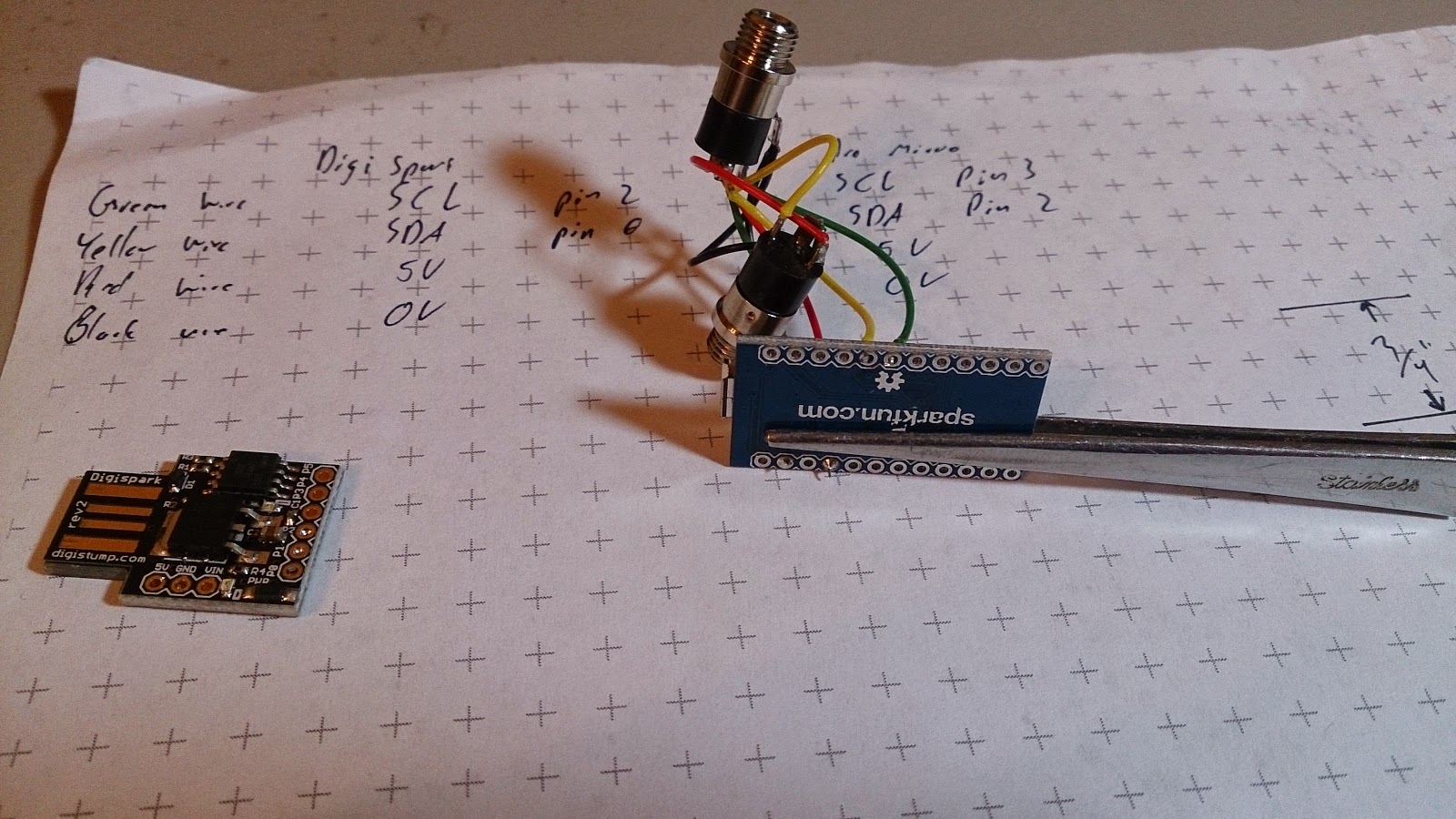 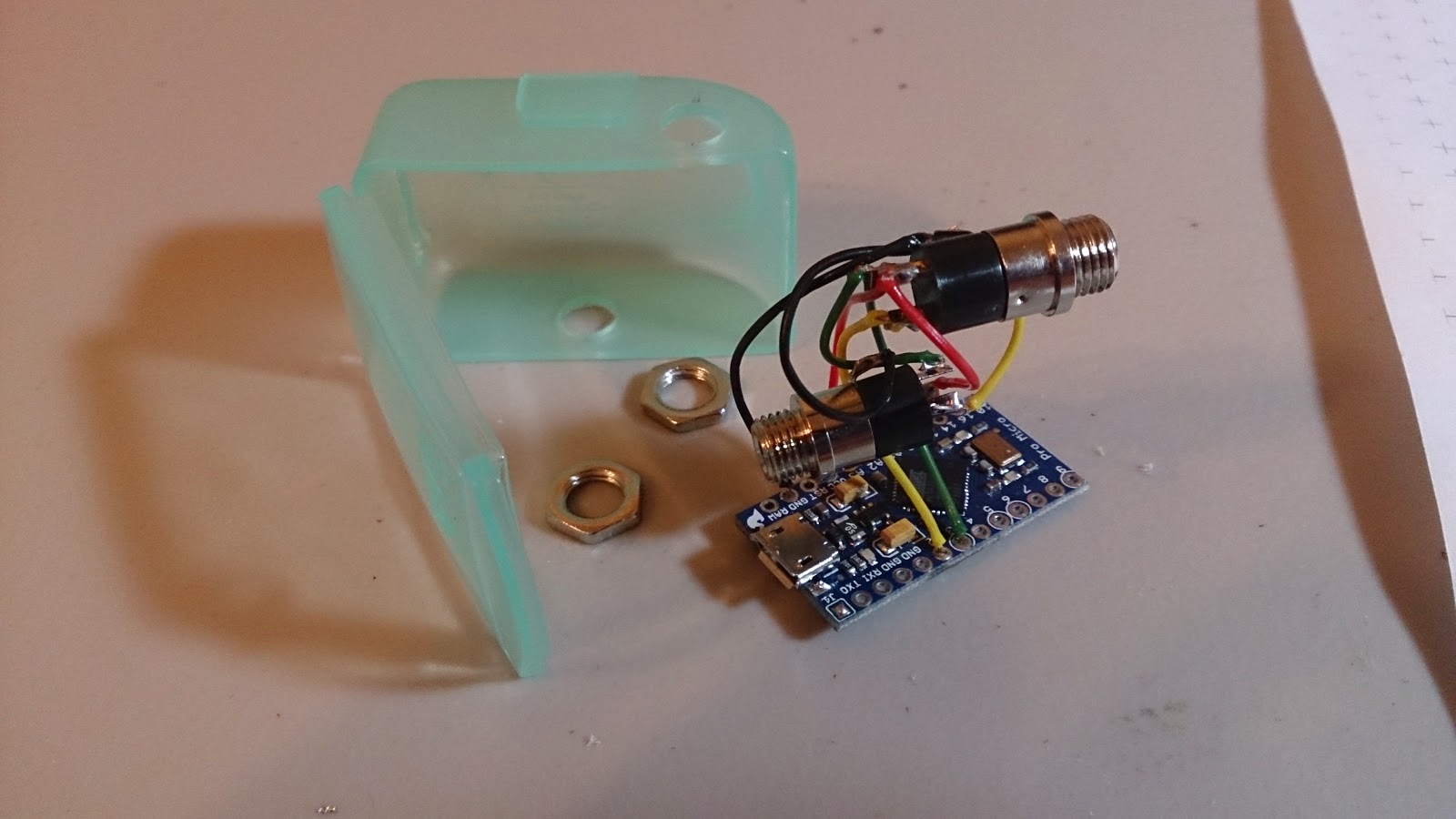 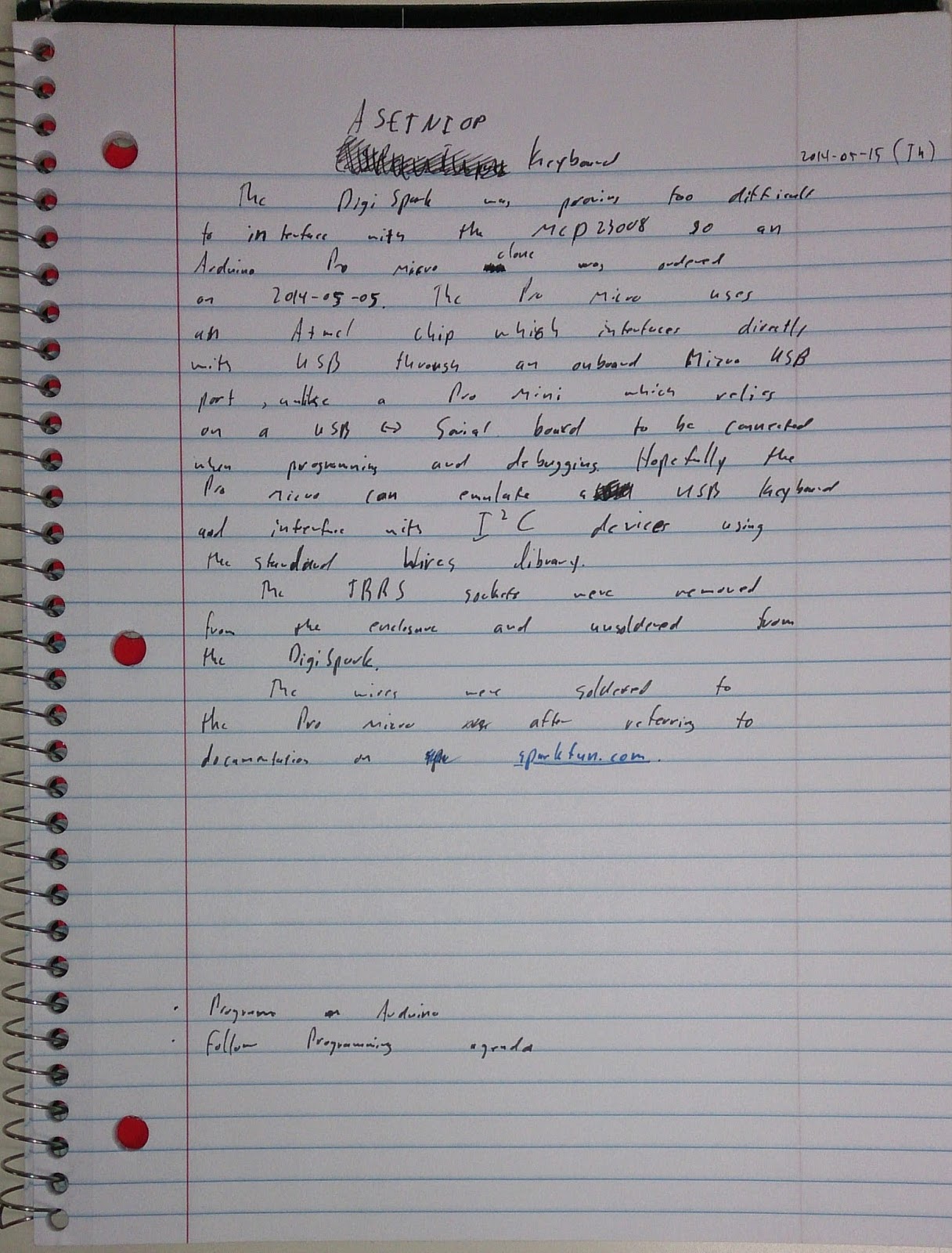