May 29, 2014
An acquaintance talked to me yesterday about an idea to improve vehicle engine performance.  90% of what he said went right over my head because he is a car buff and I don't even do my own oil changes.  He proposed this idea with the intent of bringing me on board as the programmer for his project which may warrant a patent.  I didn't sign an NDA but mum is the word.

I'm torn because his idea is to remain closed-source so there would only be so much I could say about it here.  Not for one second do I think I can work on his project as well as my own as well as hold a real job.  I haven't decided if I will give highly censored journal updates, no updates or say only as much as I can without giving away the secrets of the project.

He and I chatted for 45 minutes and he literally had to draw me a diagram to describe what he was saying.  Thank goodness for the colored pens I keep in my pocket at all times. 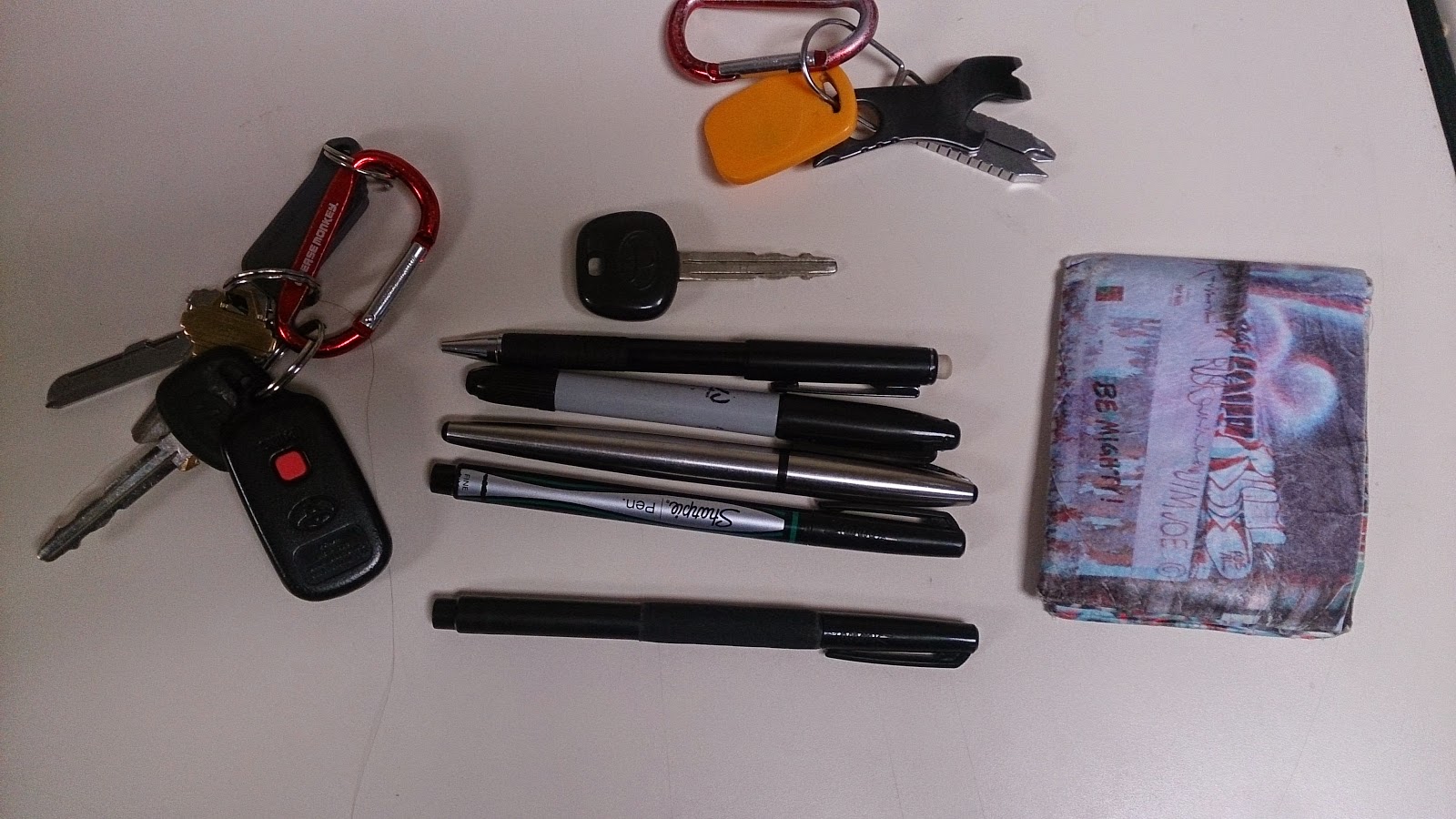 The contents of my pockets this morning (Not pictured: the phone which took this picture)