June 01, 2014
I haven't had much luck using Blogger's standard video uploader and today I have two videos so I'm going to try Blogger for the first video and YouTube for the second.

Alignment and testing was done with the all-metal Impass.  This time it tested well.  The first test was done in a metal working shop surrounded by machines and material.  When tested in an apartment the spinner faced north despite chagnes in the chassis orientation.

Videos were made which show the spinner being spun wildly and eventually coming to rest facing north.  This was done with two orientations of the chassis.

A video was made of the compass being held while the camera and cameraman spun to show the spinner adjusting to point north.


Spinning while holding the compass

The reasons for the improved performance may also be due to some small adjustments done to further balance the spinner. 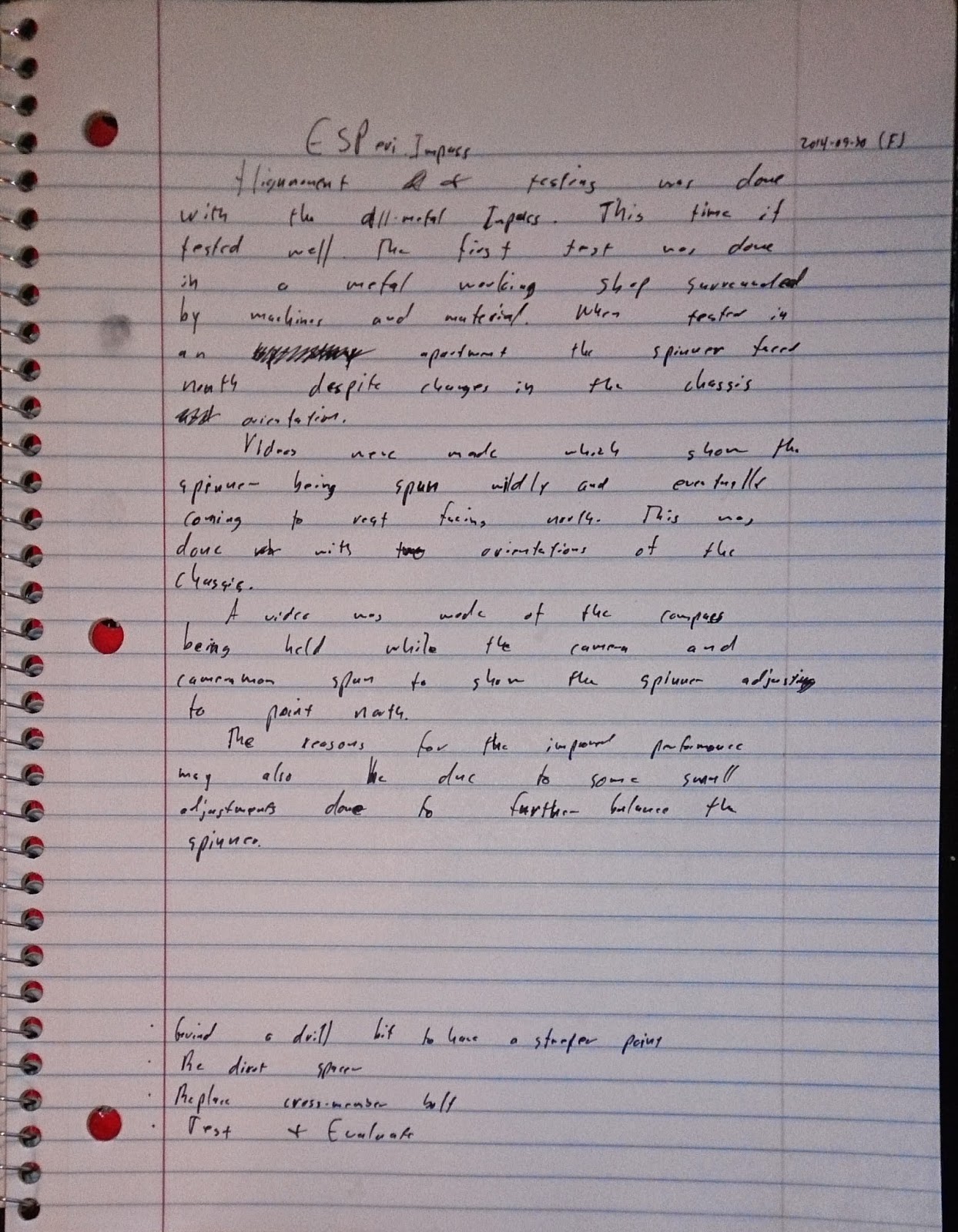