I took a nice walk around the foot trails near my apartment.  This may have been the most interesting part of my day and was certainly, without a doubt, undeniably, 100% the most mosquito filled part of the day.  And to date, the most mosquito-ey part of 2014.

I didn't touch the pictures up or even do any color adjustments.

This animation was meant to be a panorama shot but Google animated it rather than splicing it together.  I find it hypnotic 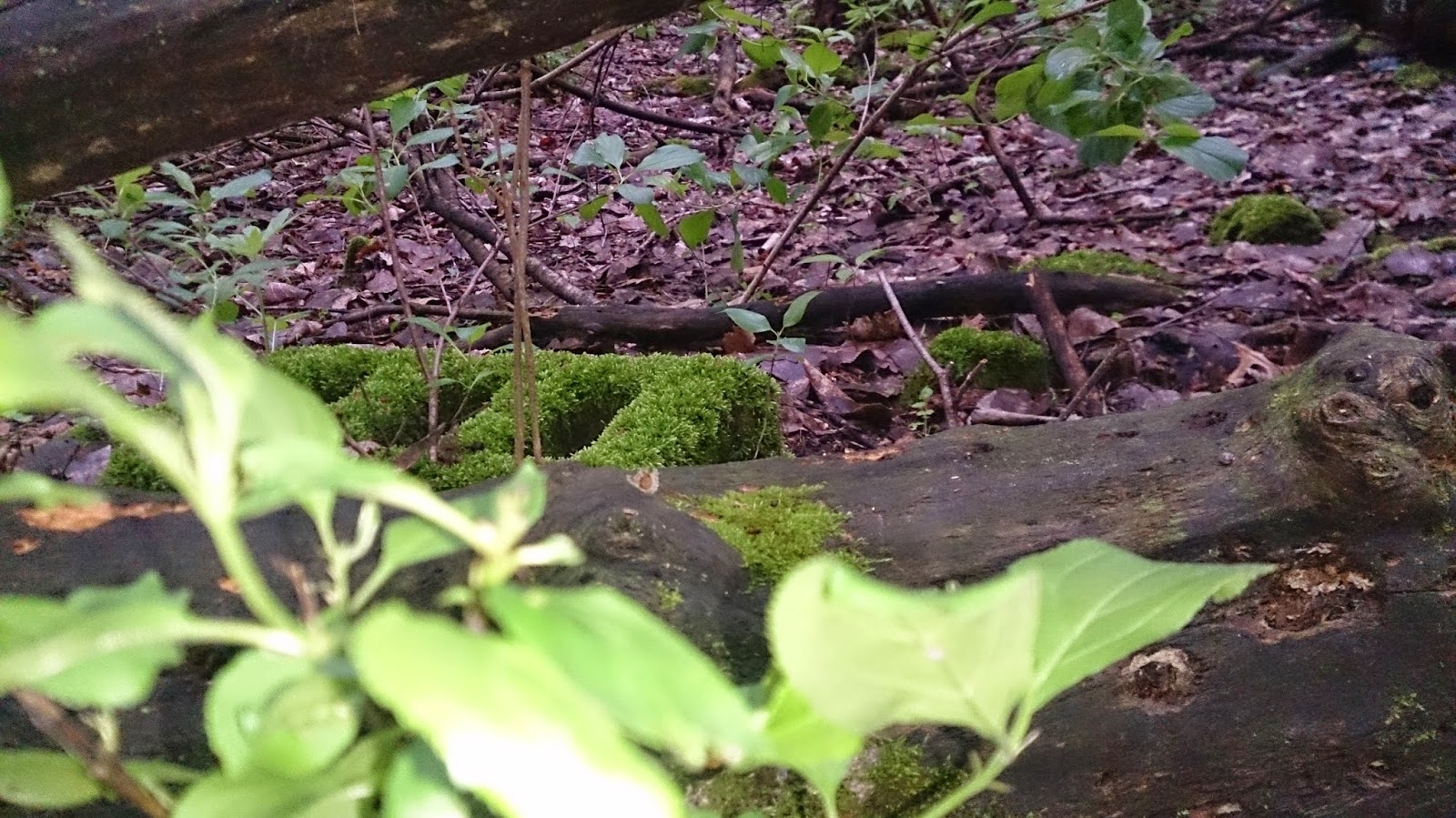 This was the first cement block I saw 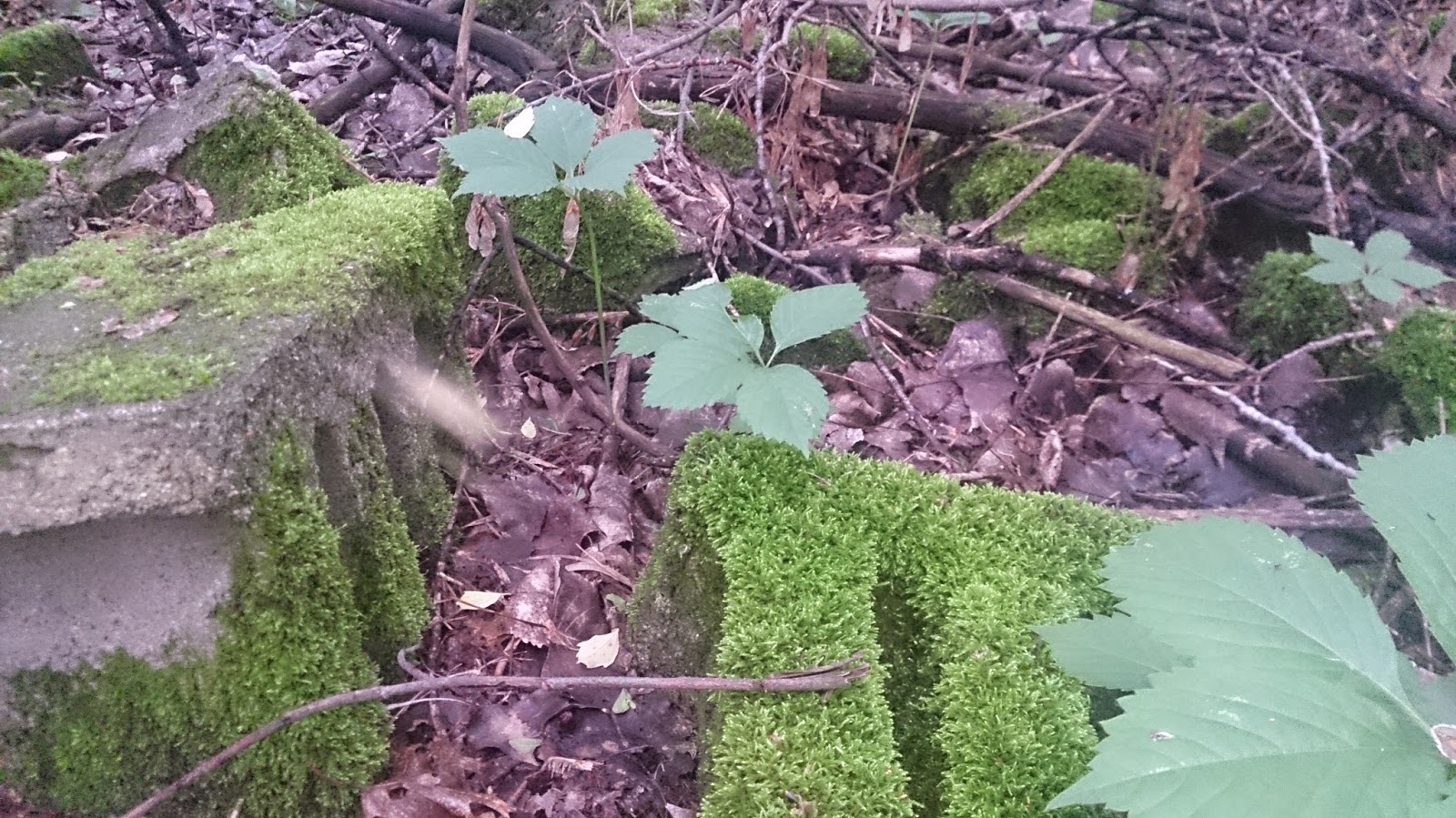 There were a lot 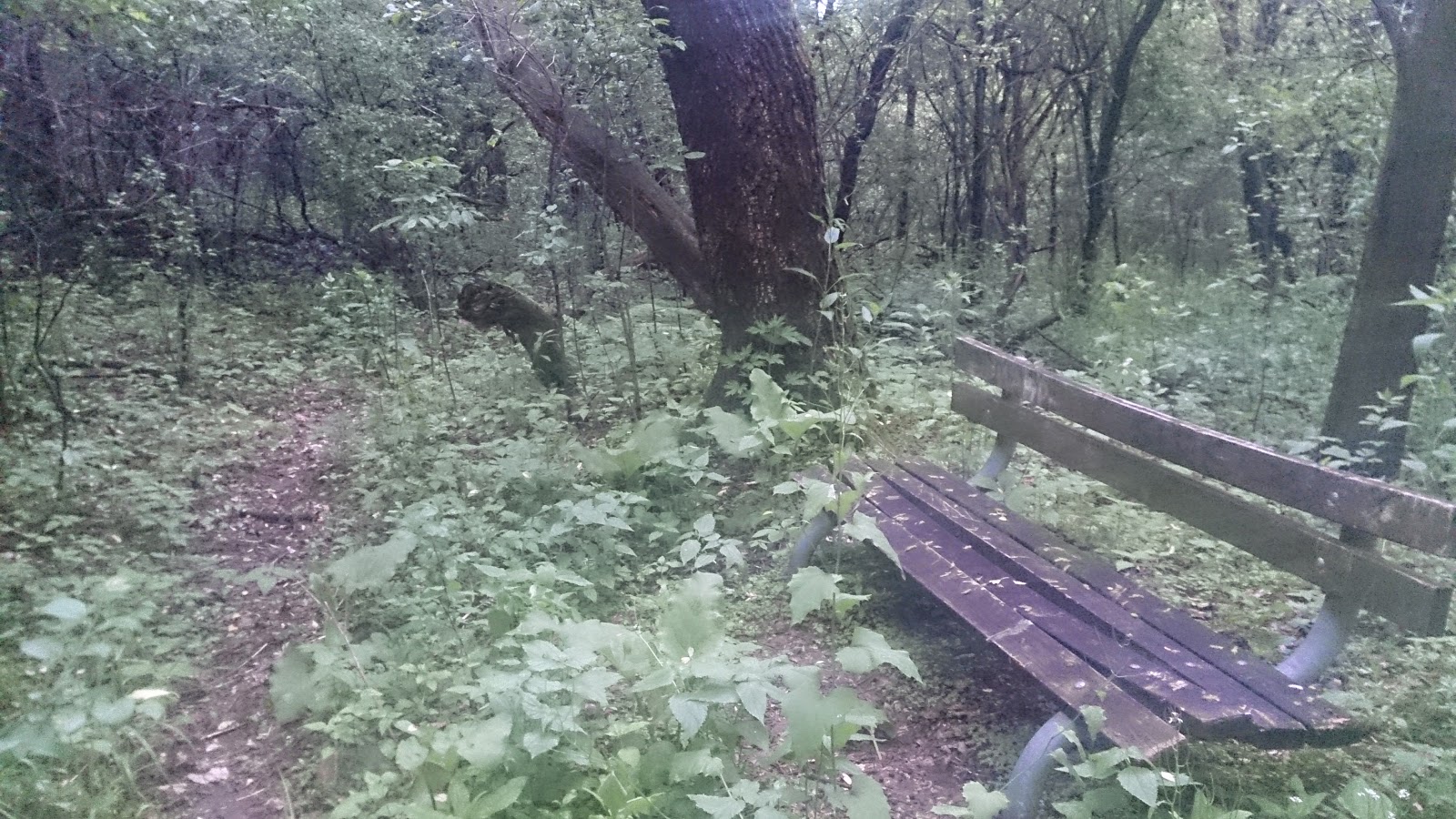 The trails must have been popular at some point


Enough background.
----------
16 gauge steel wire was purchased to maintain the exposed ends of the bungee.  The original ends were crimped with steel wire but a heavier gauge. 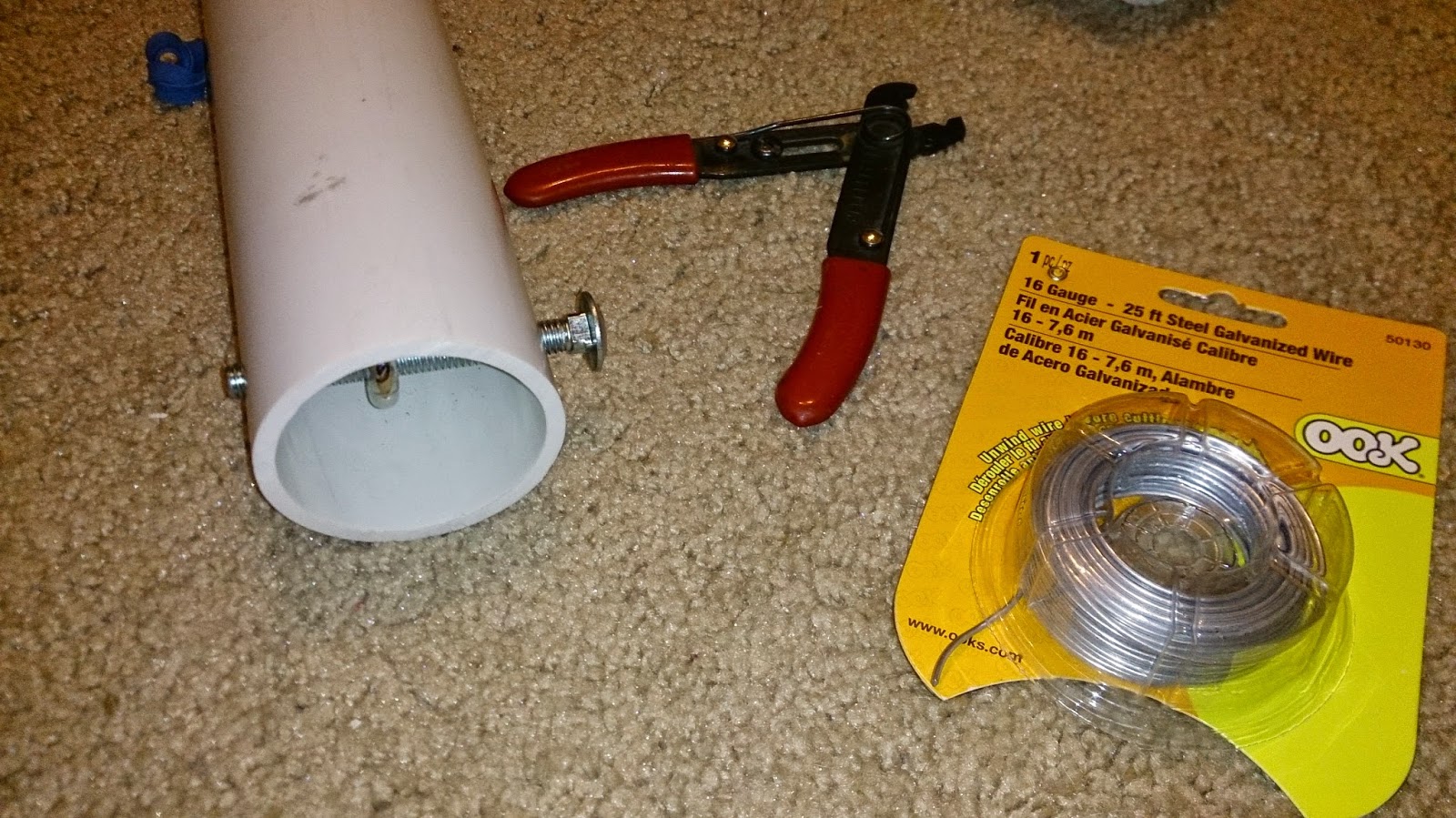 Steel wire and a cutter

The rear pulleys were released after having twine threaded into the eyelets by forming a basic hooked needle from the steel wire. 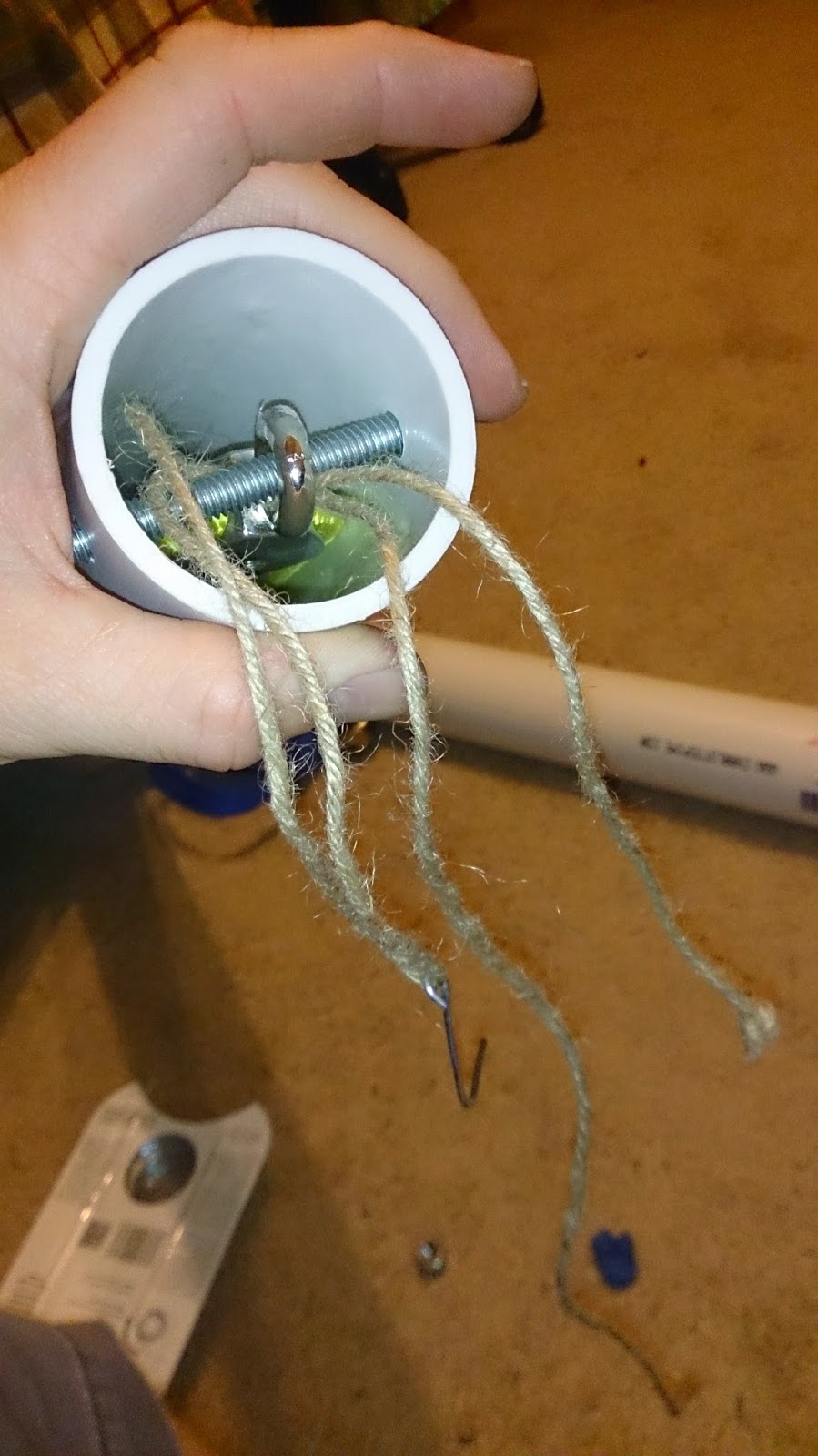 Twine threaded through the pulley eyelet 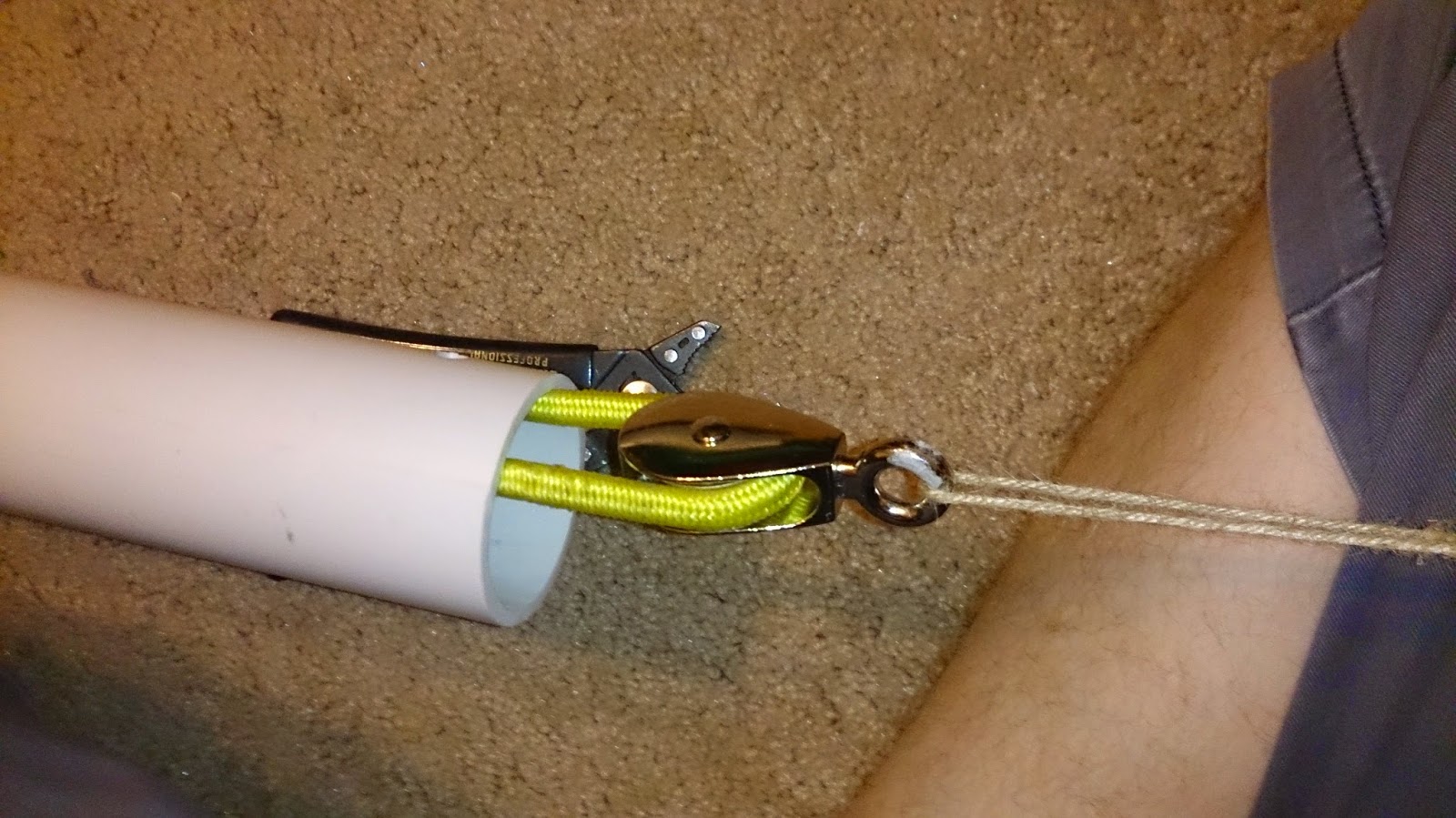 With the bungee no longer tensed it was easy to unknot the loose end.  The tape was neatly trimmed and the end was folded over on itself.  A length of steel wire was wrapped around the doubled end by hand then tightened by using pliers.  This was repeated for the second end. 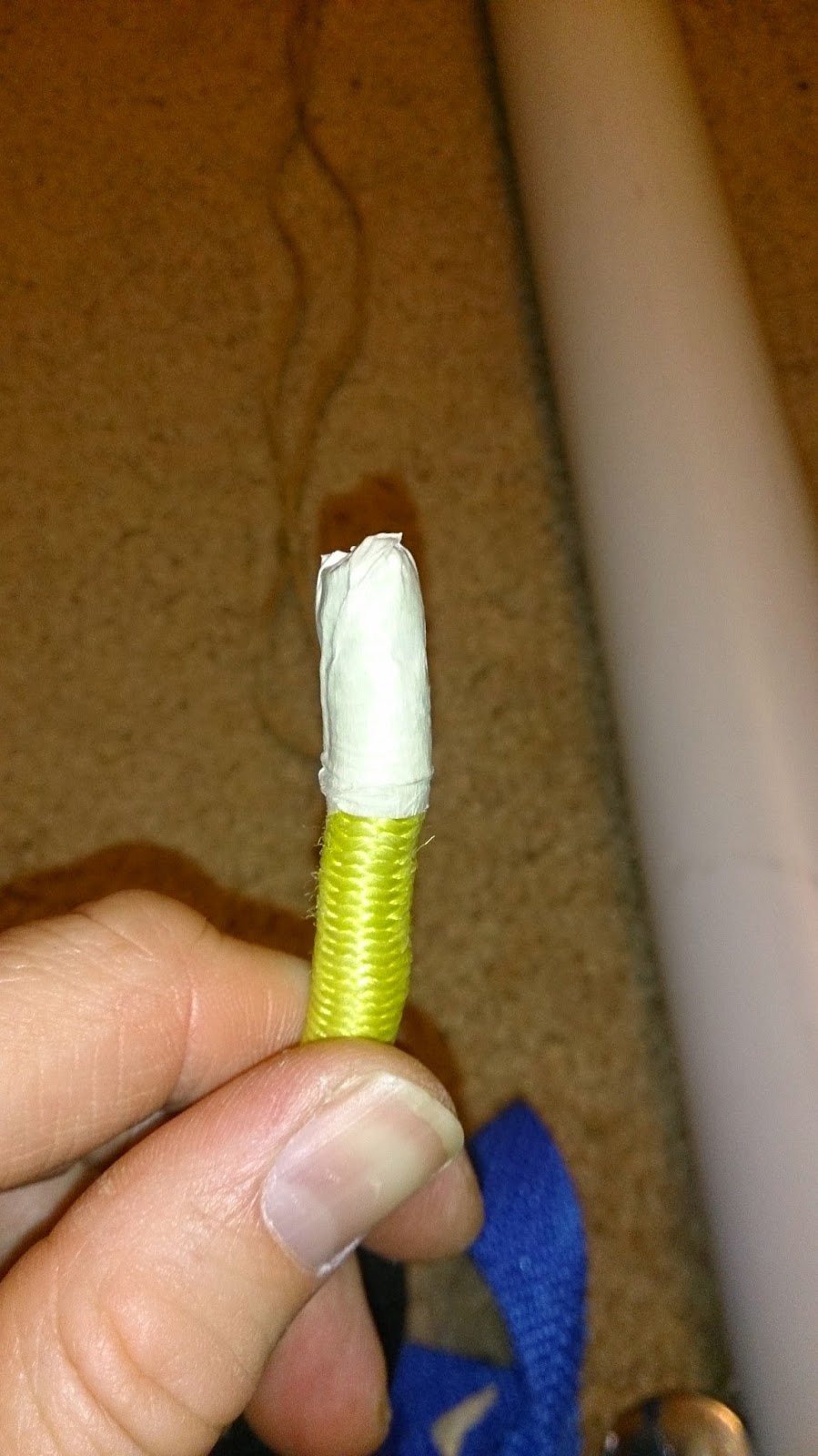 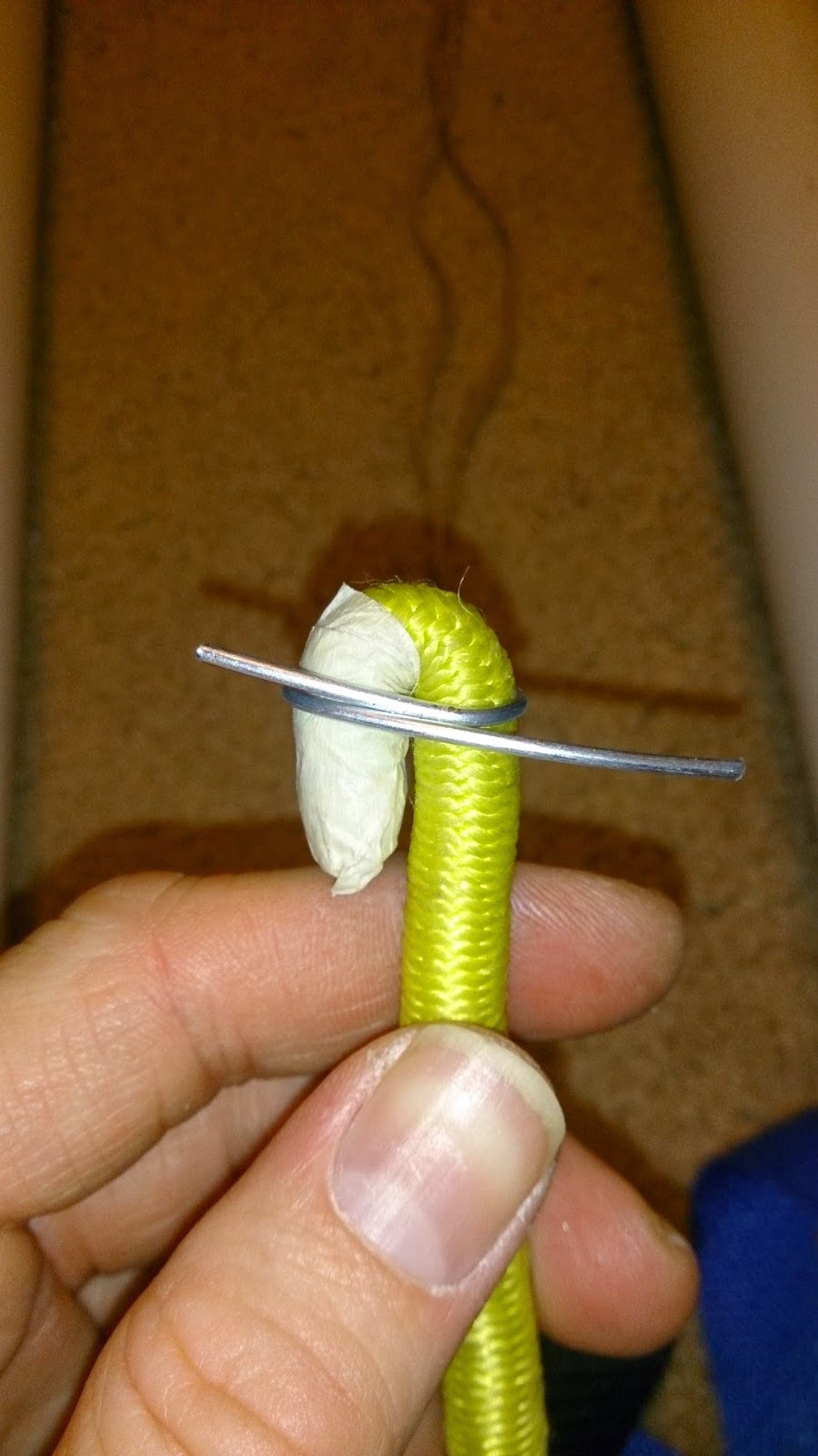 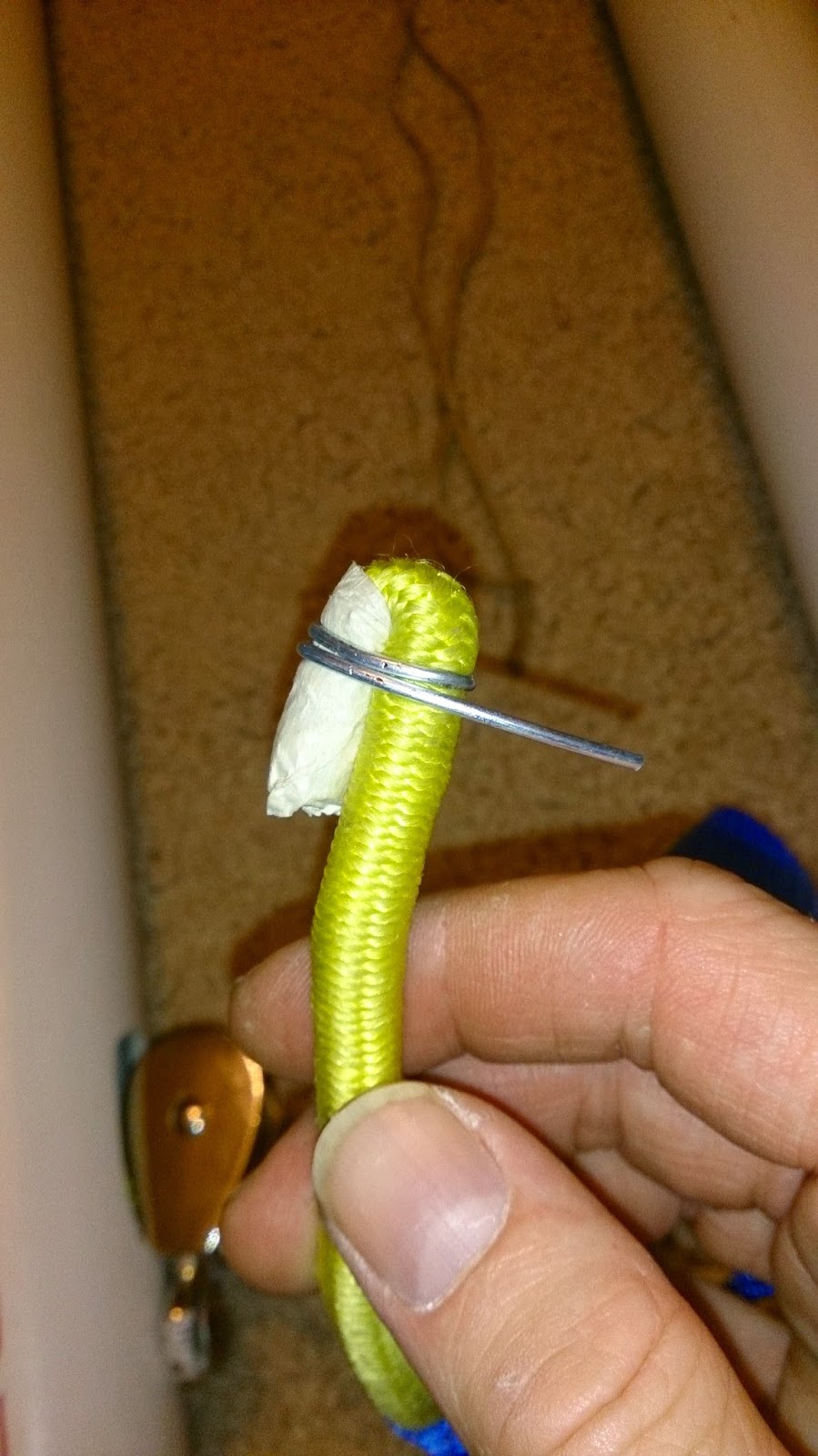 Pliers were needed to continue wrapping 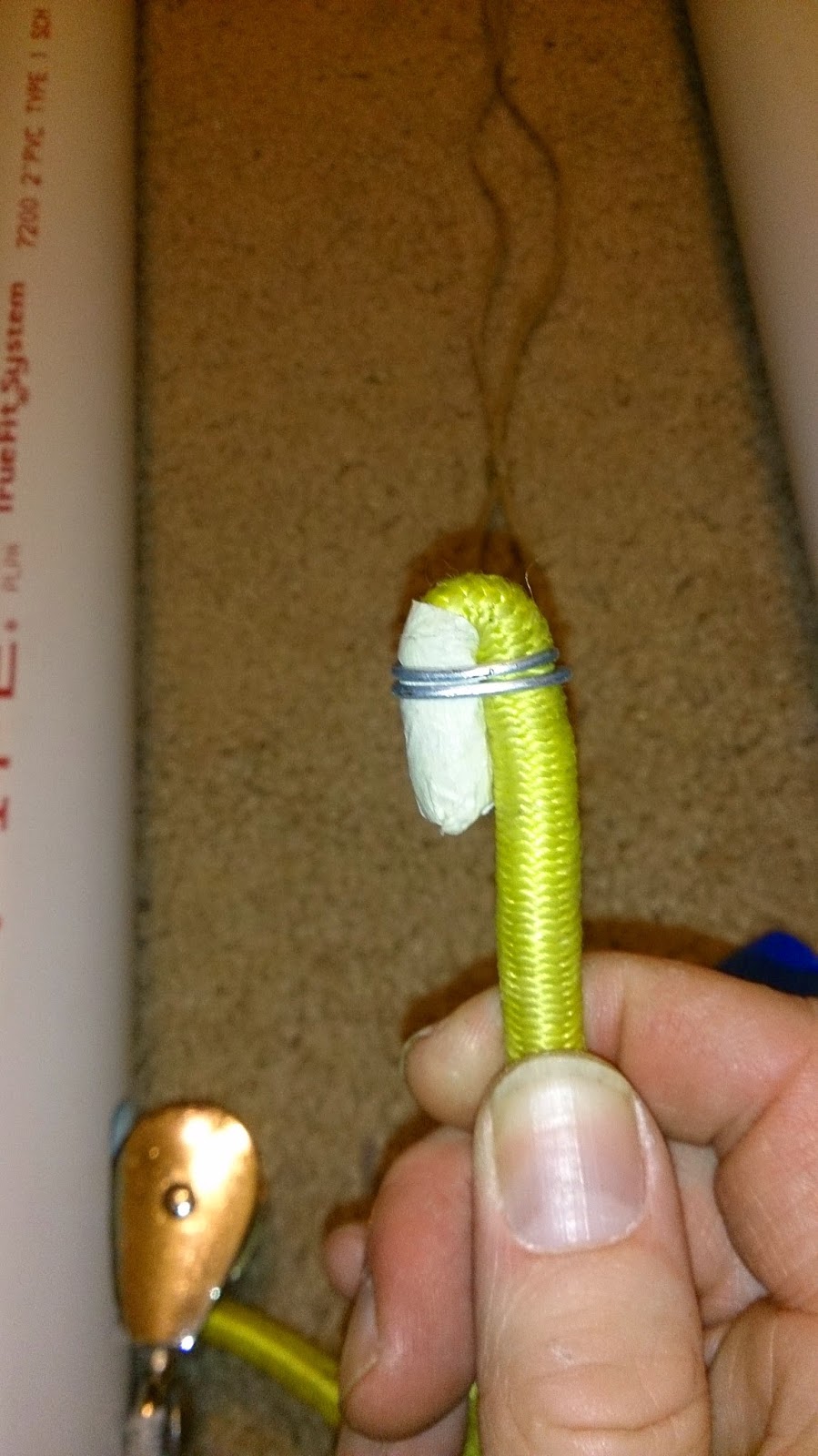 The bungee was not removed from the tennis ball hammock so the bungee remained in place. 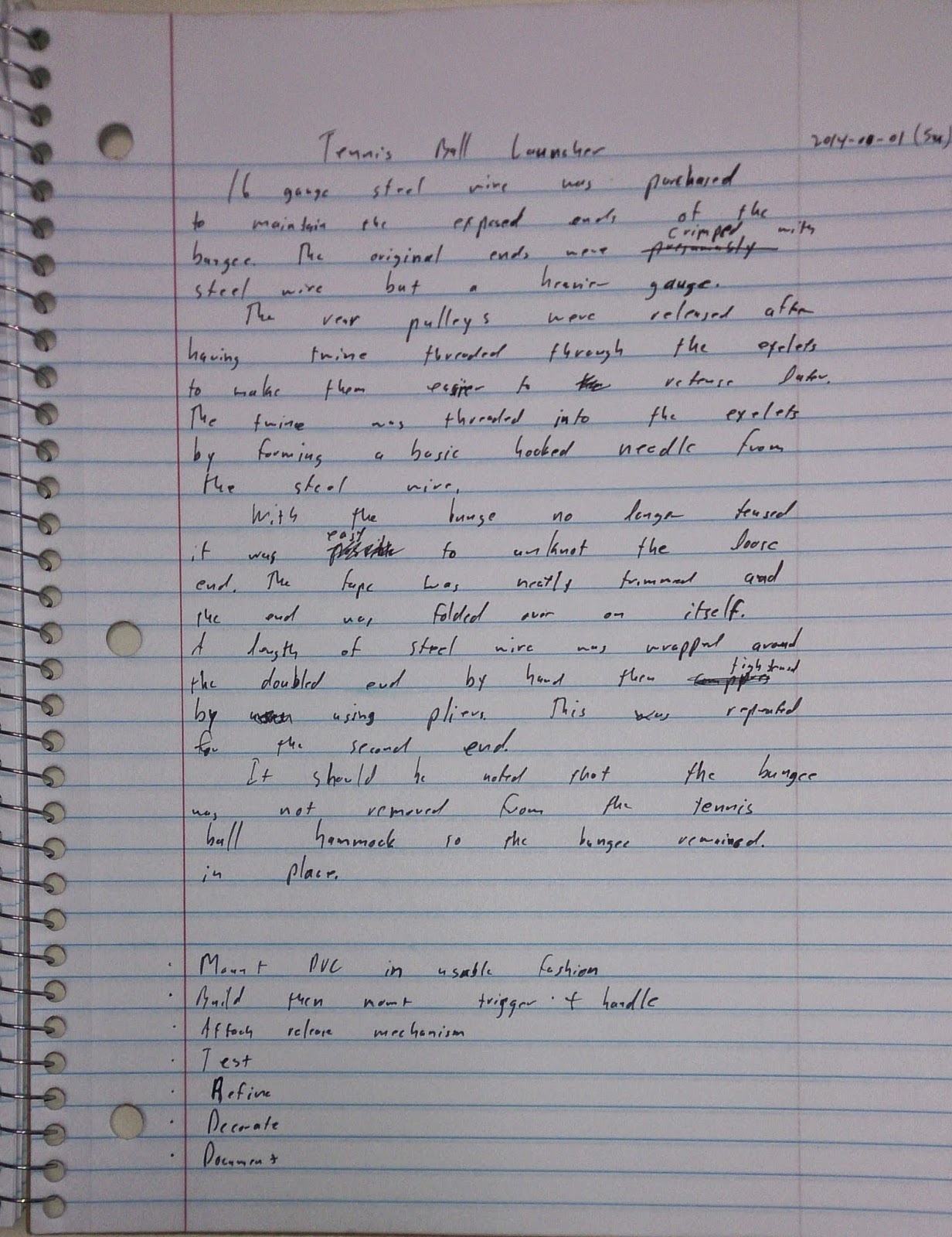