Sometimes working on projects is more like meditation than work. Especially working with wood. Sunday was a particularly bad day but working on my projects helped to alleviate some of my worries. Sundays used to be a slow day all around but I got a lot done this time.

A 1 1/8” wooden dowel was cut at an angle to make the handle for the tennis ball launcher. The top was cut so it would be parallel to the release mechanism bottom. Then a groove was cut out where the corner brace could be inserted. The cuts were made on a band saw. A thin disc of wood was cut from the dowel to go above the handle and below the release mechanism to ensure a strong fit. 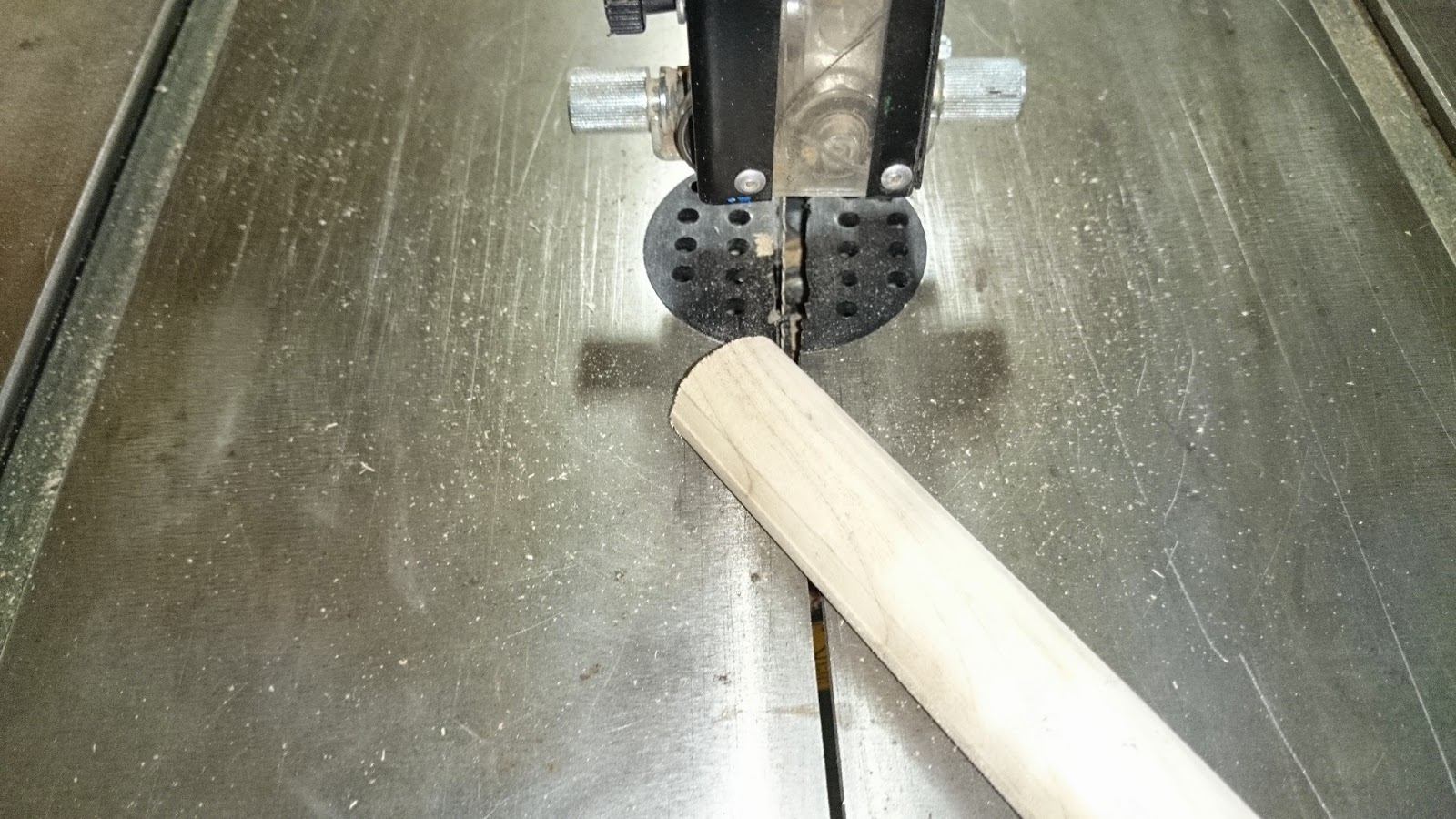 Cutting the top of the dowel 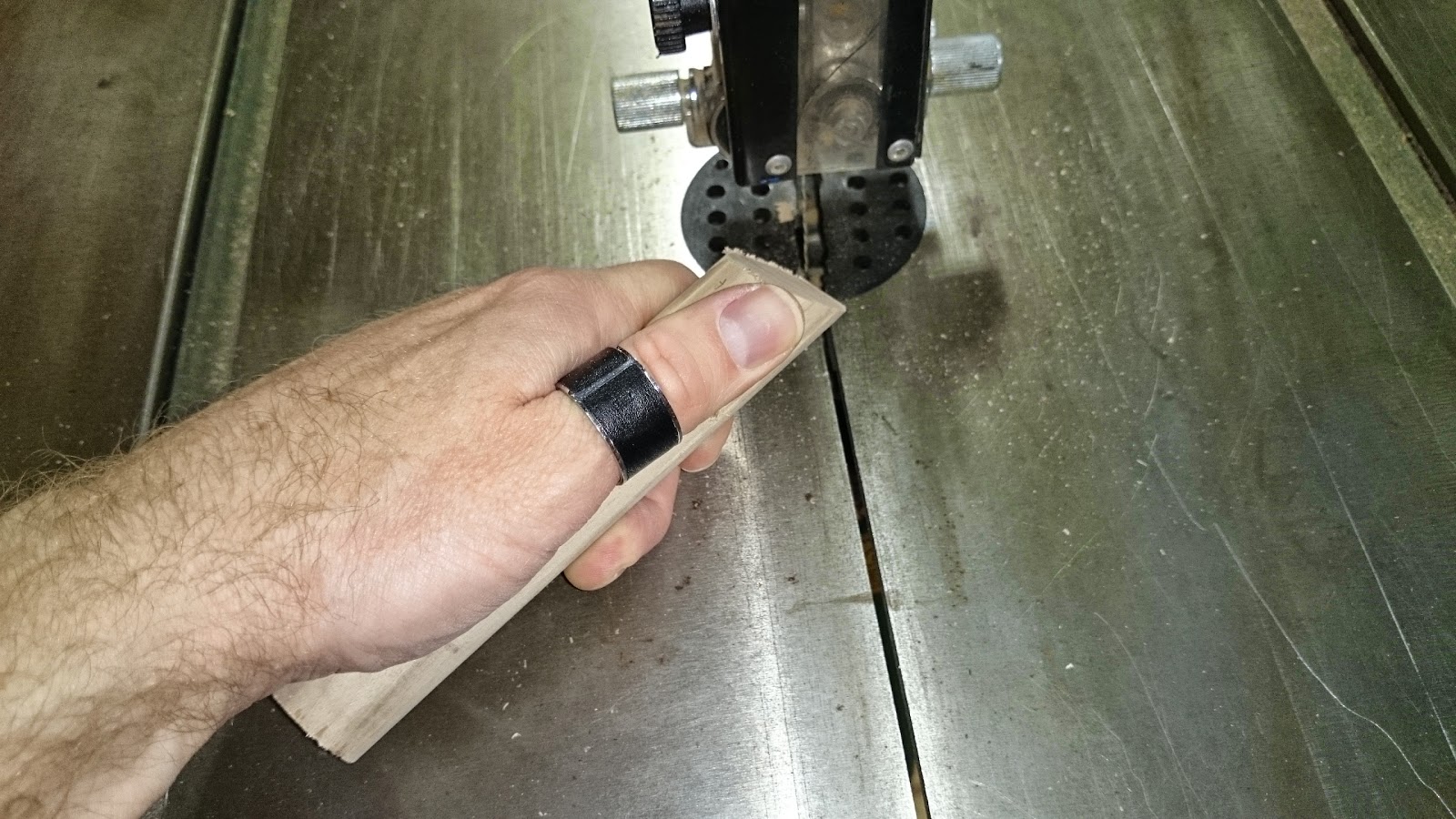 The angle cut into the top of the dowel 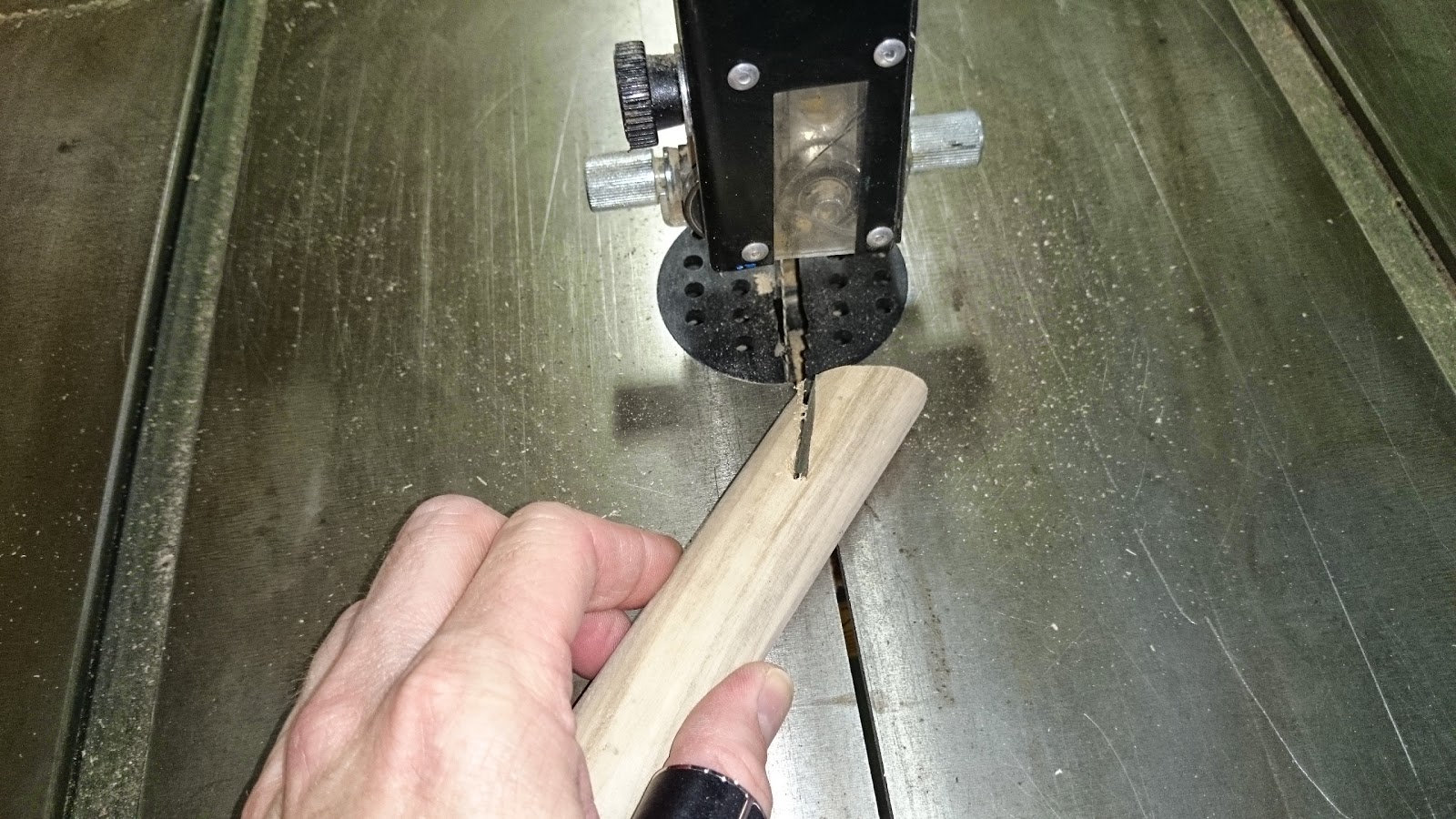 Cutting a groove for the bracket 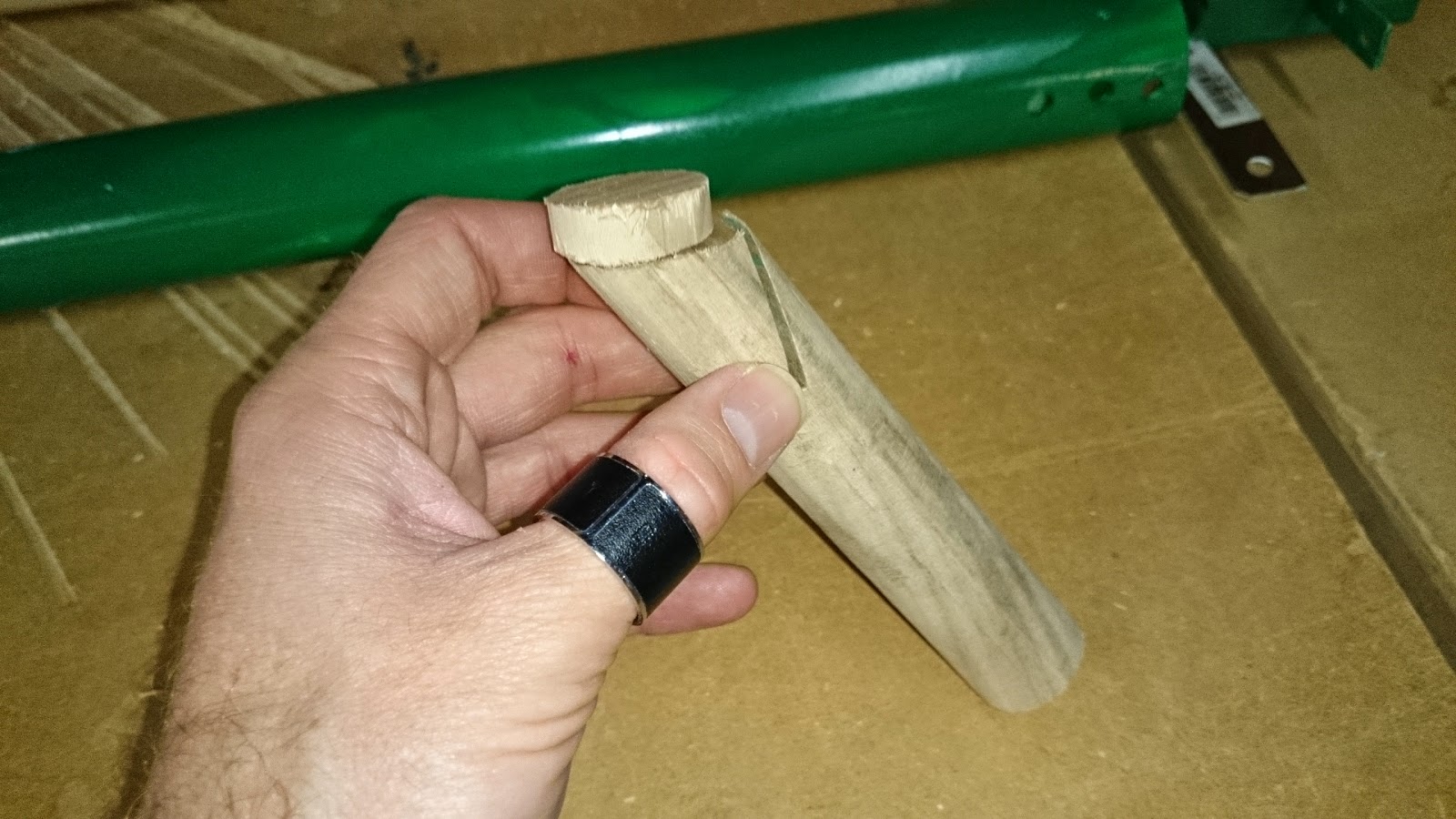 A wooden shim for the top of the handle 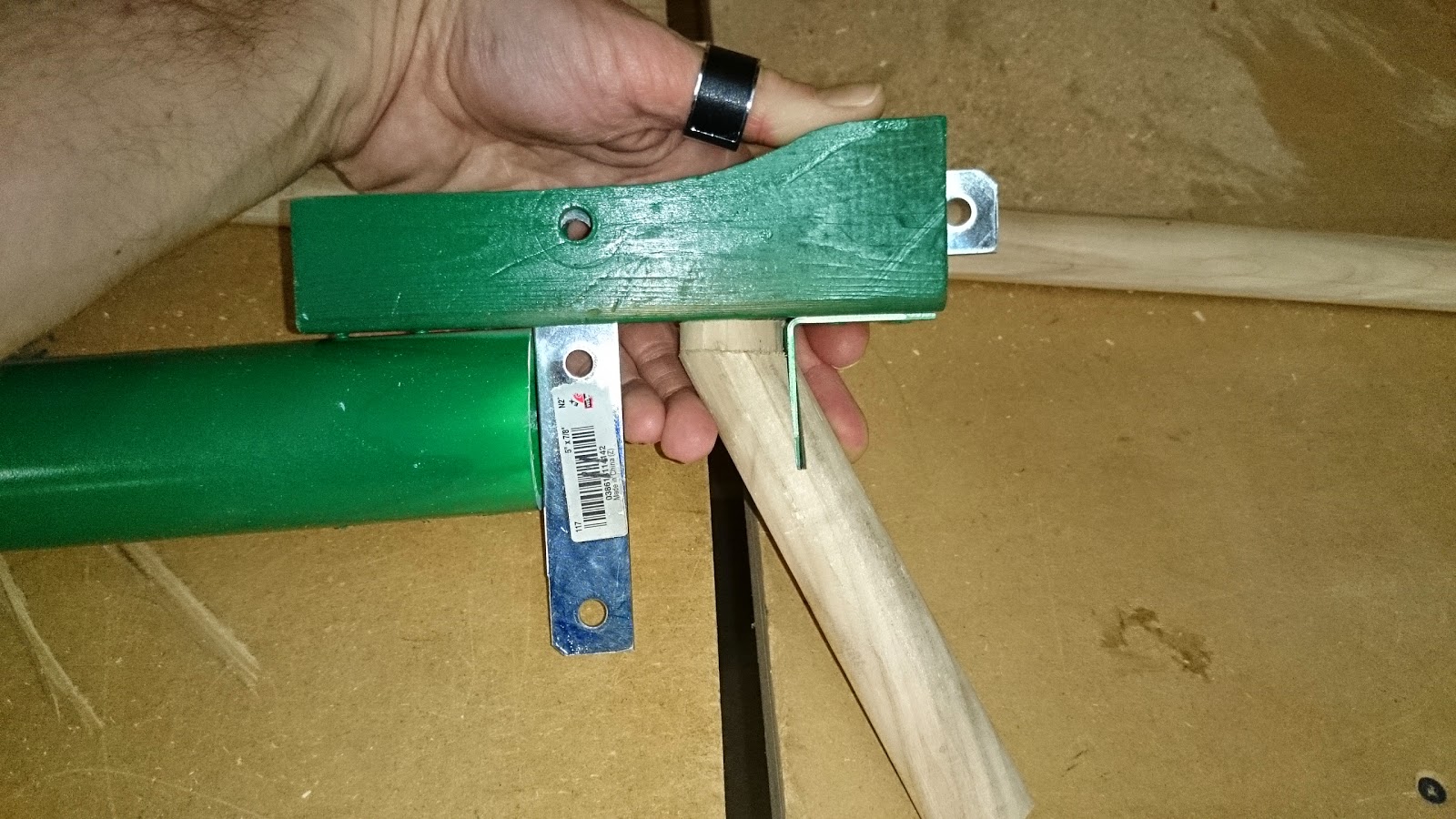 Placement of the handle and shim 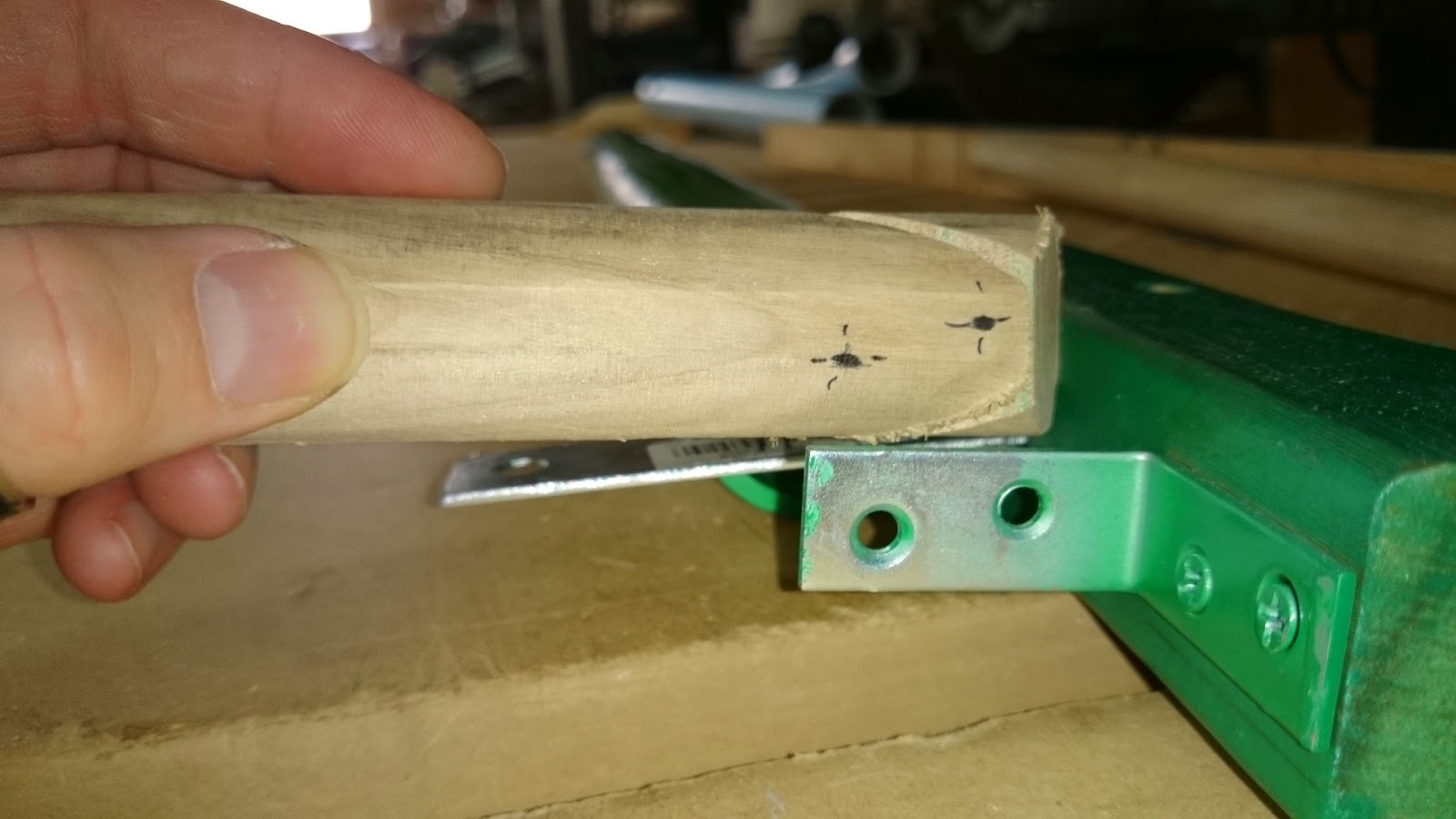 Holes marked by "eyeballing" it 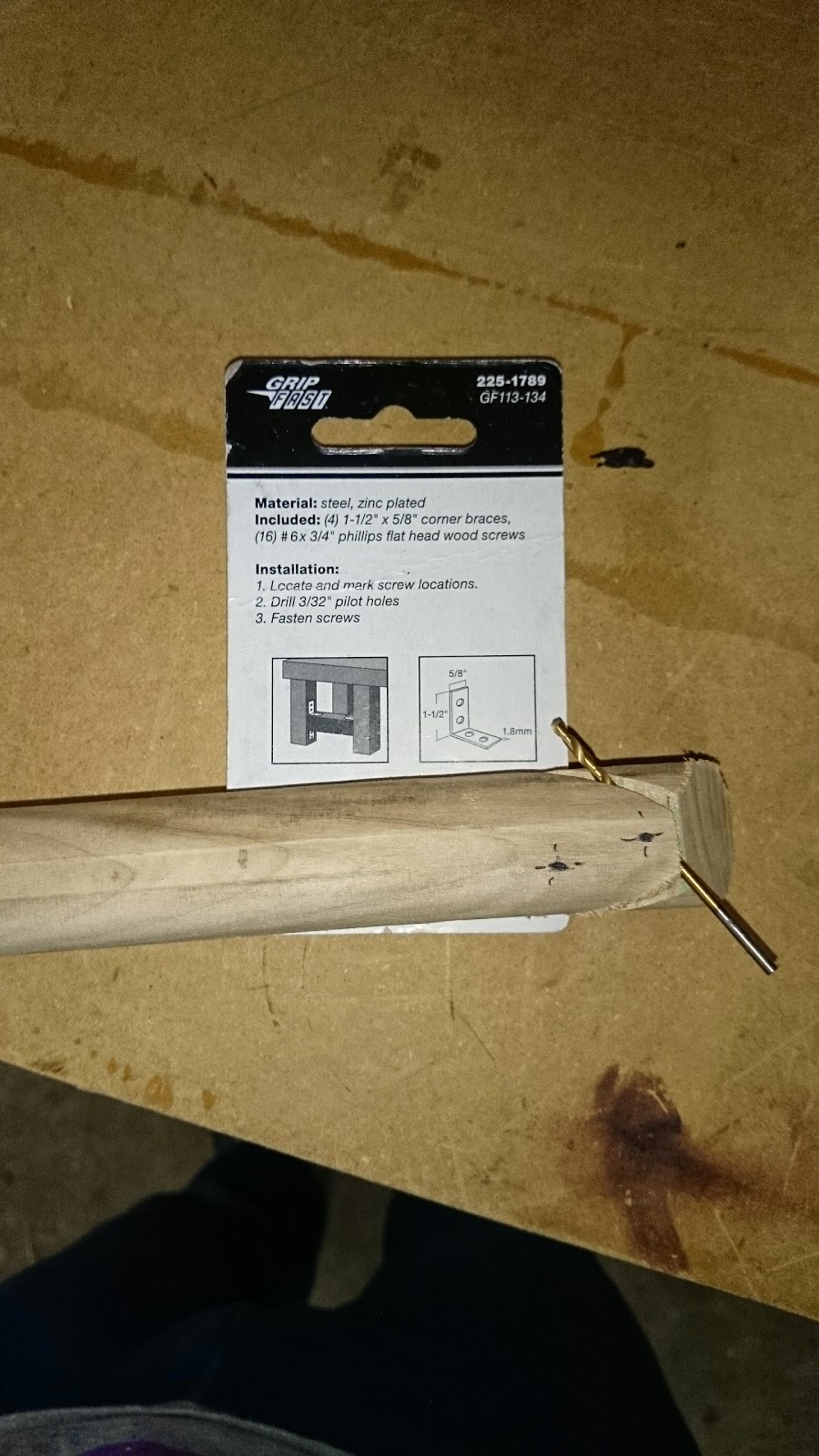 3/32" bit according to directions

After the pilot holes were drilled a ¼” bit was used to cut a hole through the dowel to expose the screw holes. The screw heads were roughly ¼” in diameter. The screws were inserted and tightened. A second wooden shim was cut to replace the first and go between the handle and release mechanism. The second was thinner and angled to fit more securely. The handle will have the shim glued and the whole handle will be wrapped in cloth friction tape. 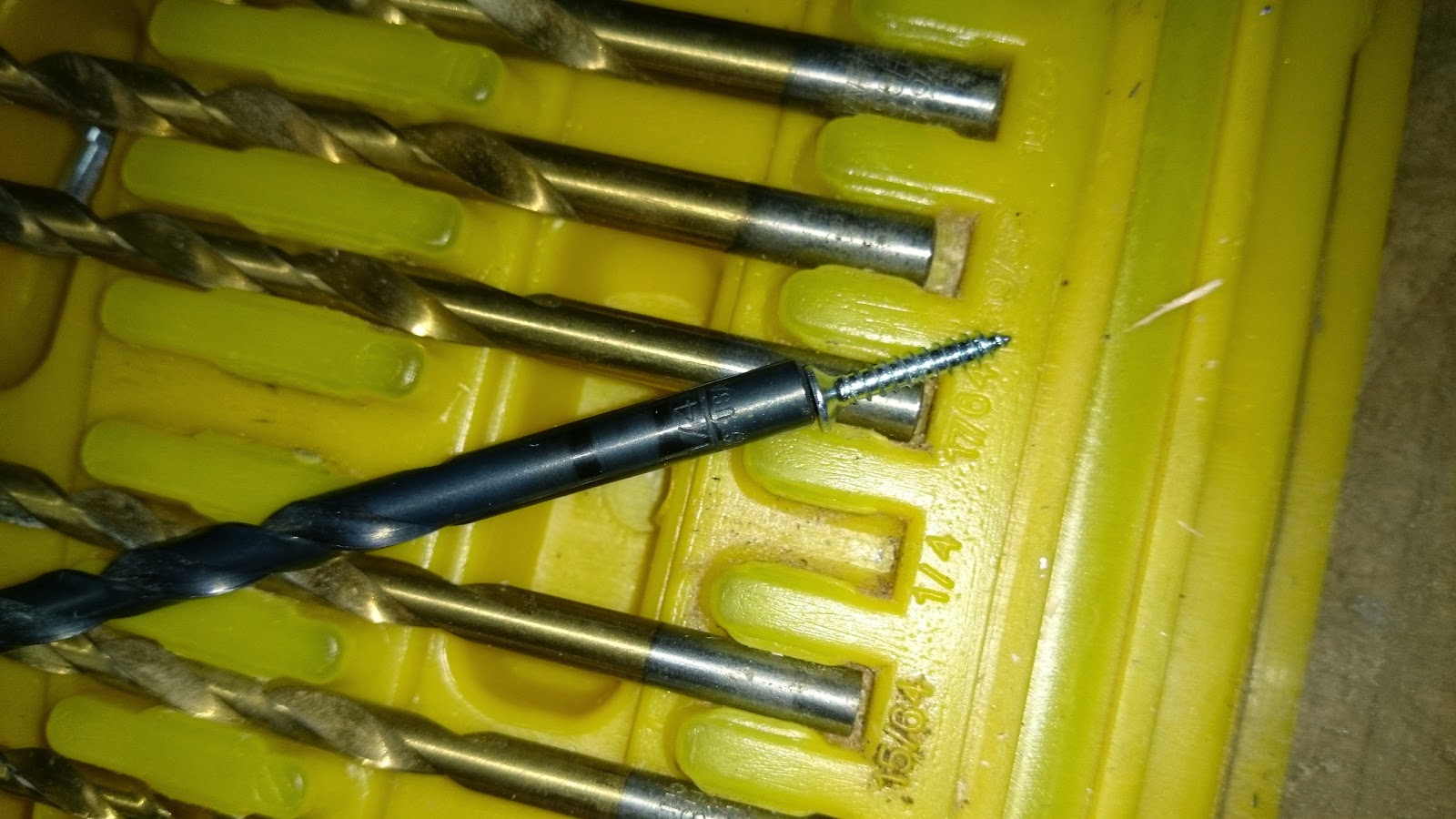 1/4" bit which is the size of the screw heads 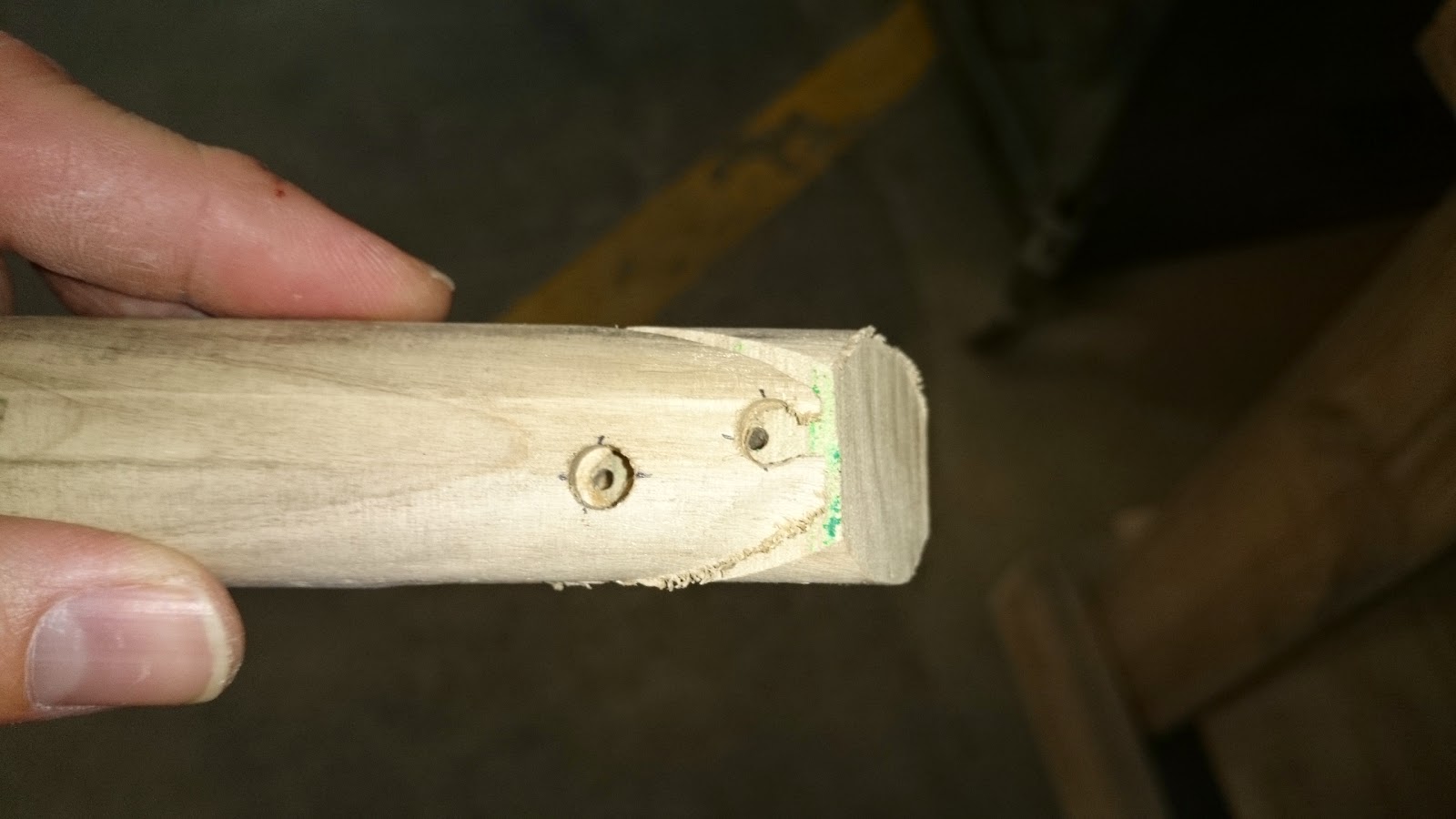 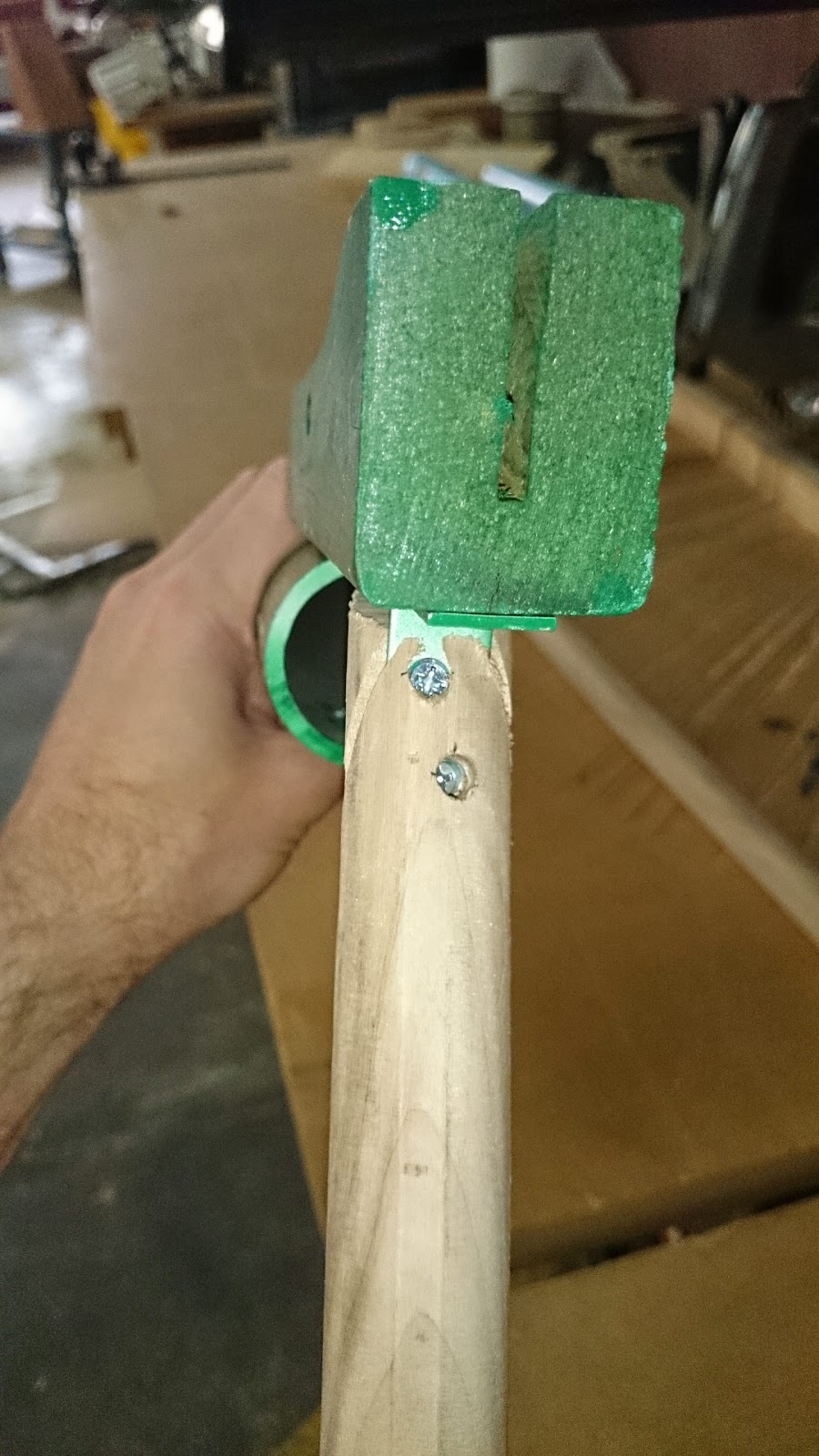 Screws installed from the back 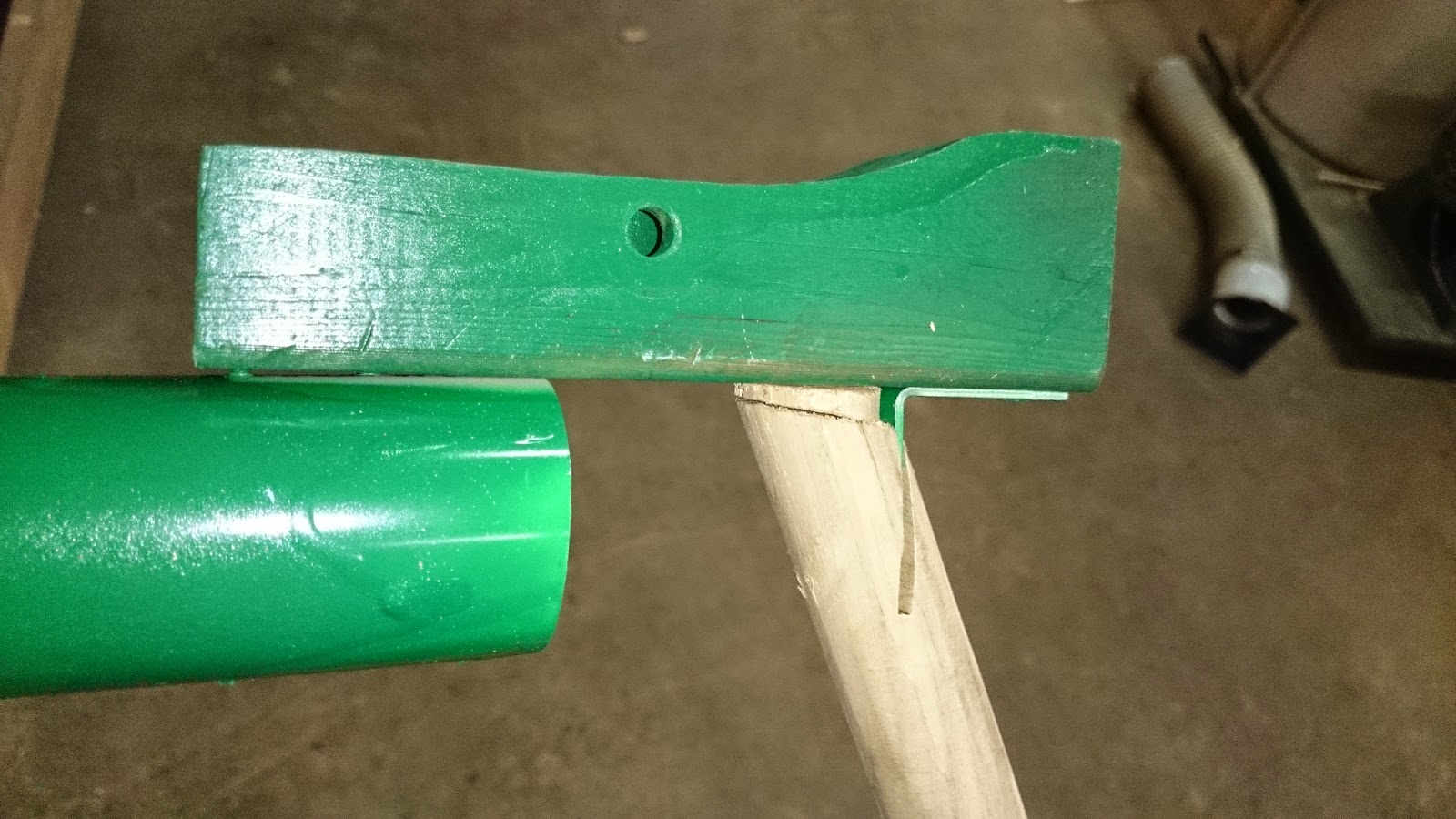 The launcher was reassembled to be upgraded with PVC purchased to make the launcher easier to load if the user has poor wrists. More 2” PVC pipe was purchased along with two 2” 90° elbows and two straight couplers. Two identical lengths of PVC were cut by improvising a jig by placing a small clamp on the rip stop of the radial arm saw. The lengths were put between the elbows and the straight couplers. 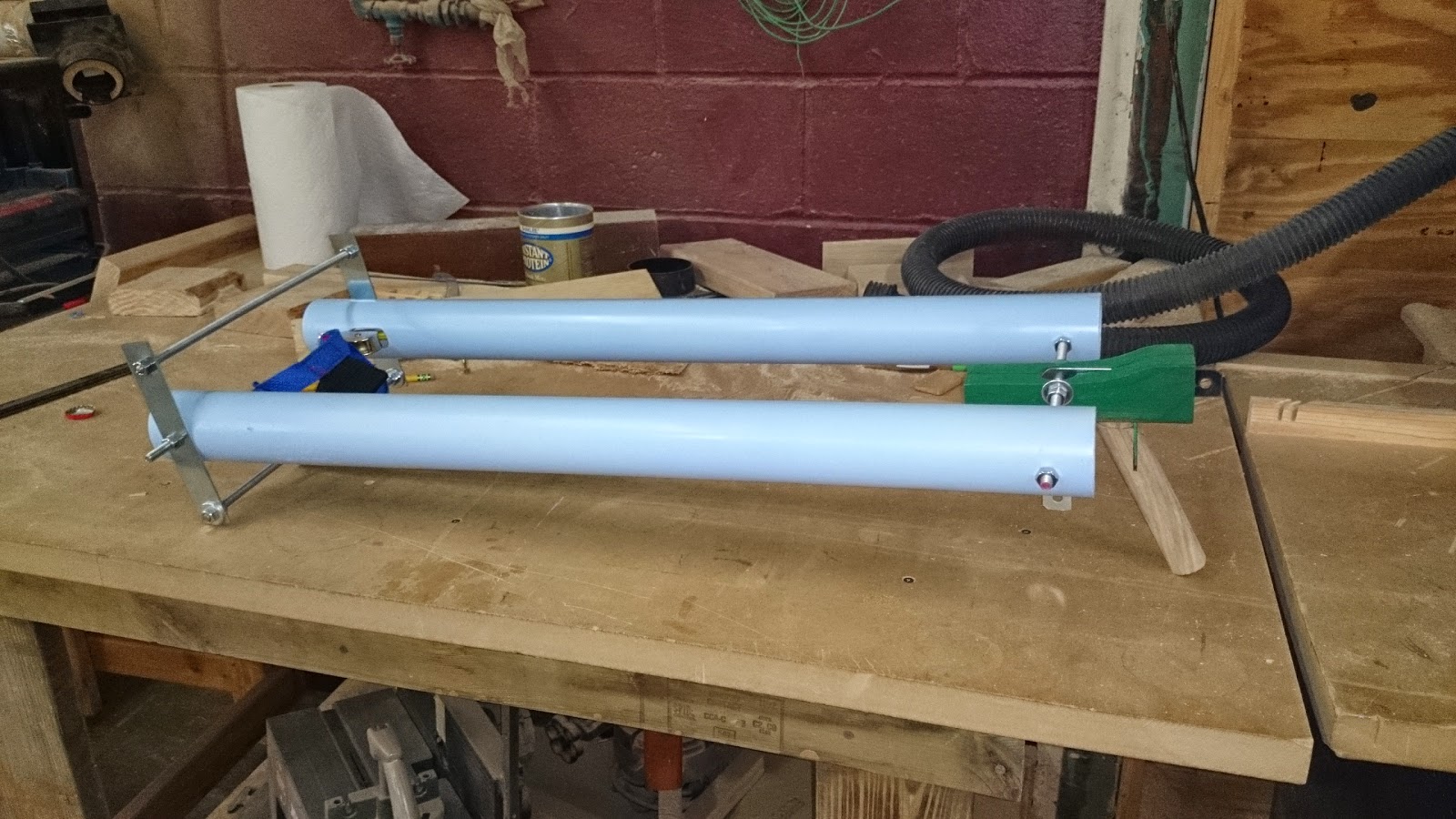 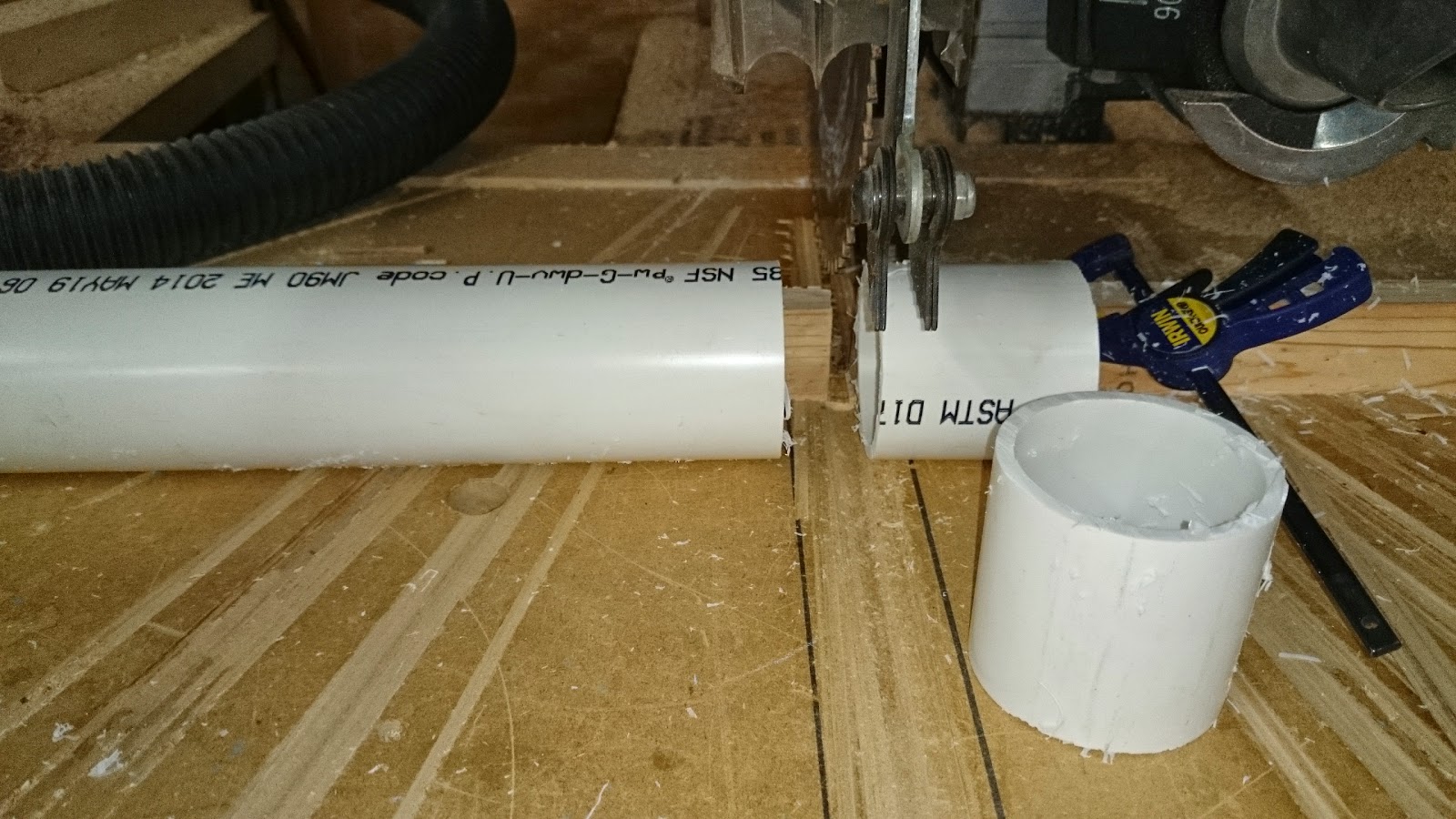 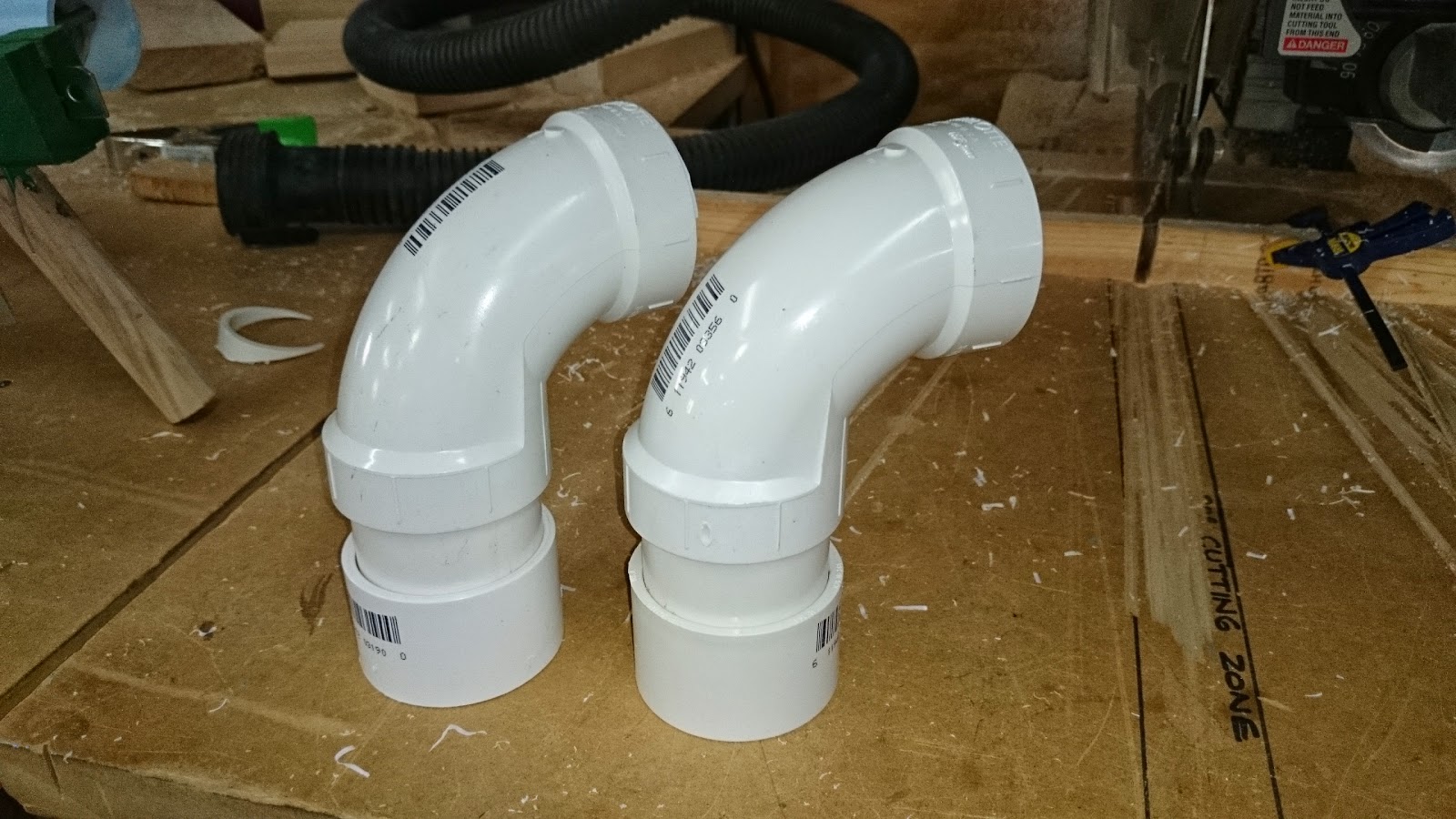 To judge the next length of PVC the assembled units were put on the ends of the launcher at the back where they will cover the release mechanism. The length of PVC was estimated by holding it up to the elbows and marking the ideal cut. The cut was made on the radial arm saw. Shavings from cutting PVC look like shredded coconut flakes. 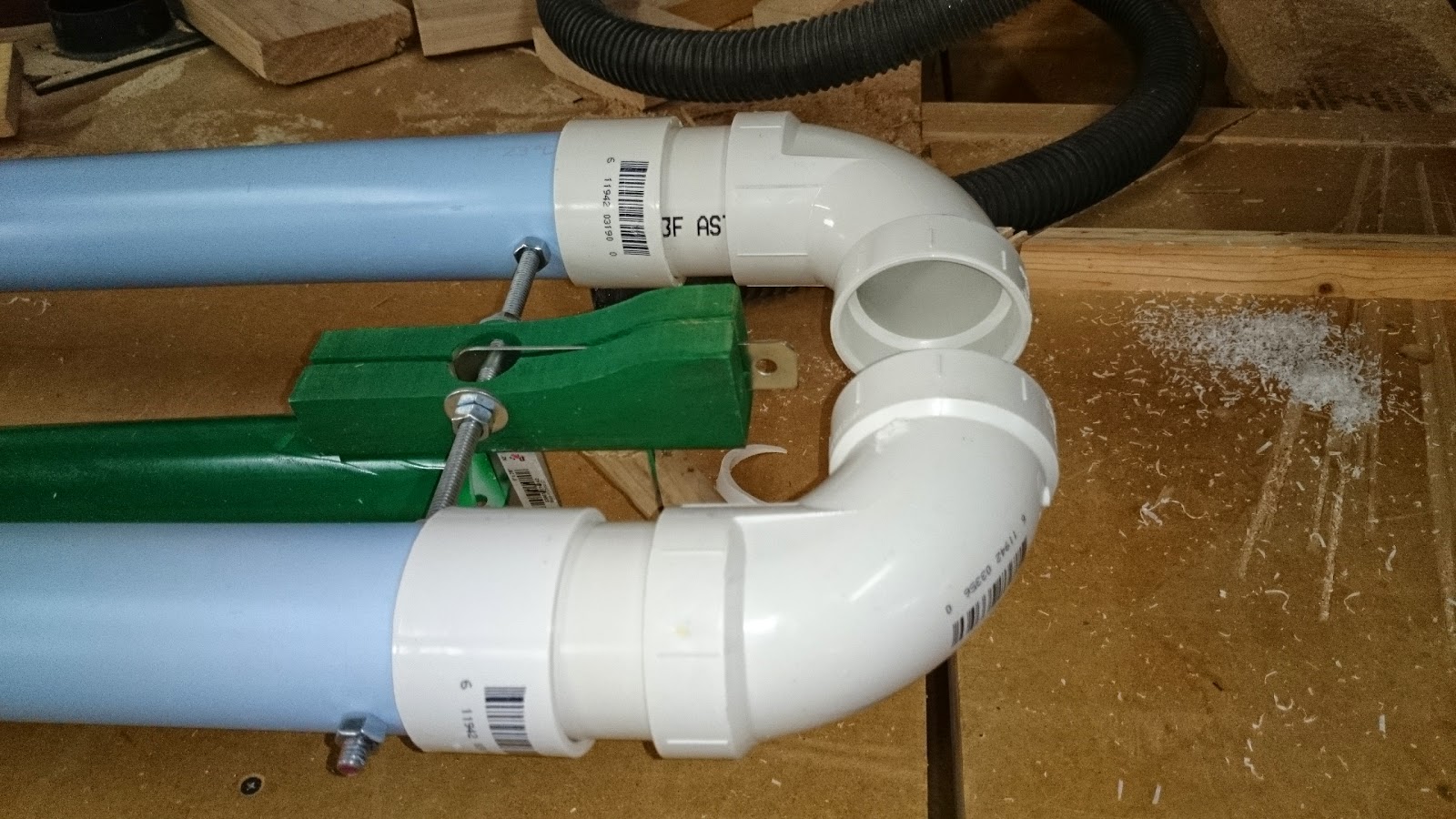 Most of the rear guard 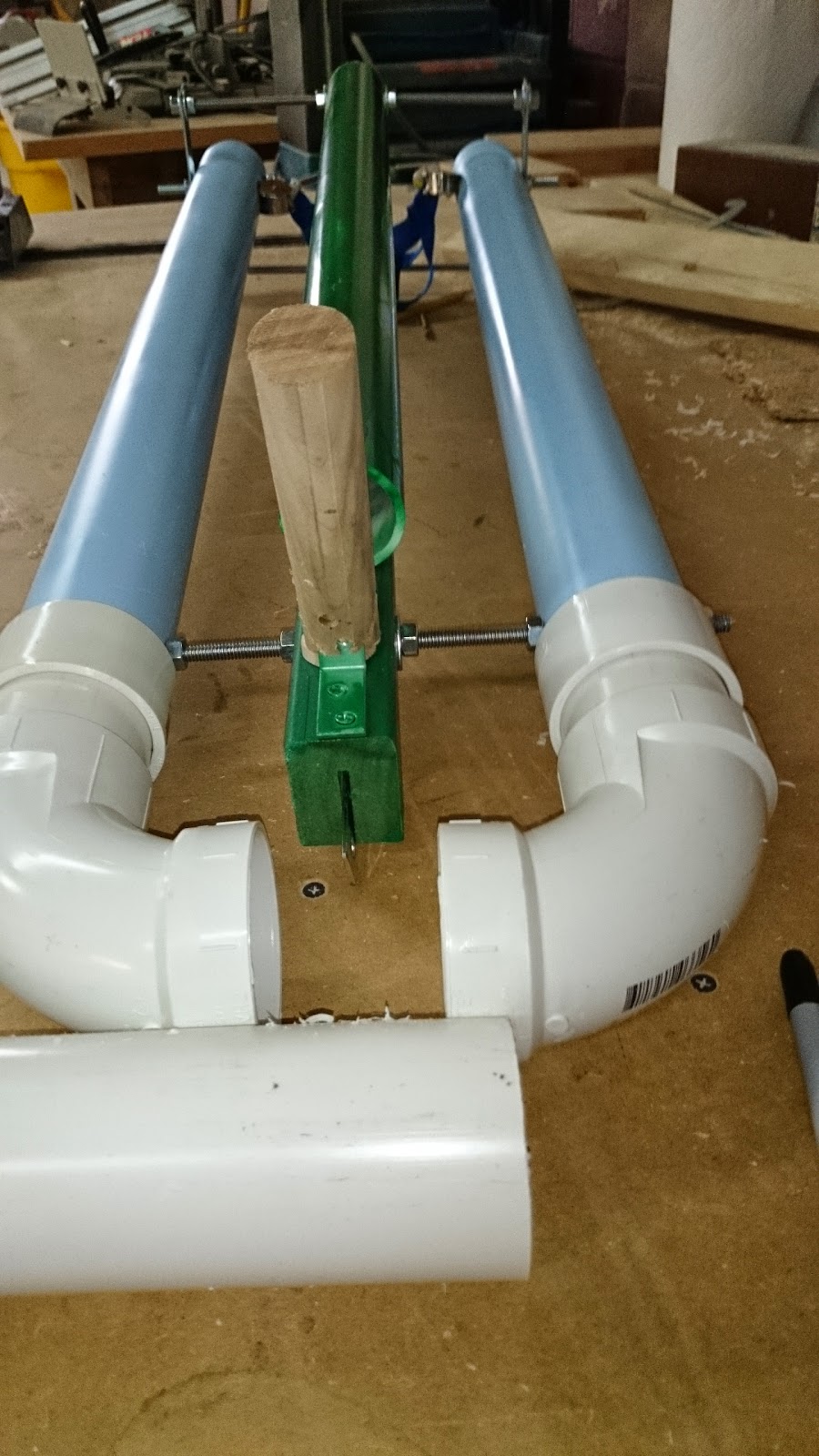 Measuring the pipe for the rear guard 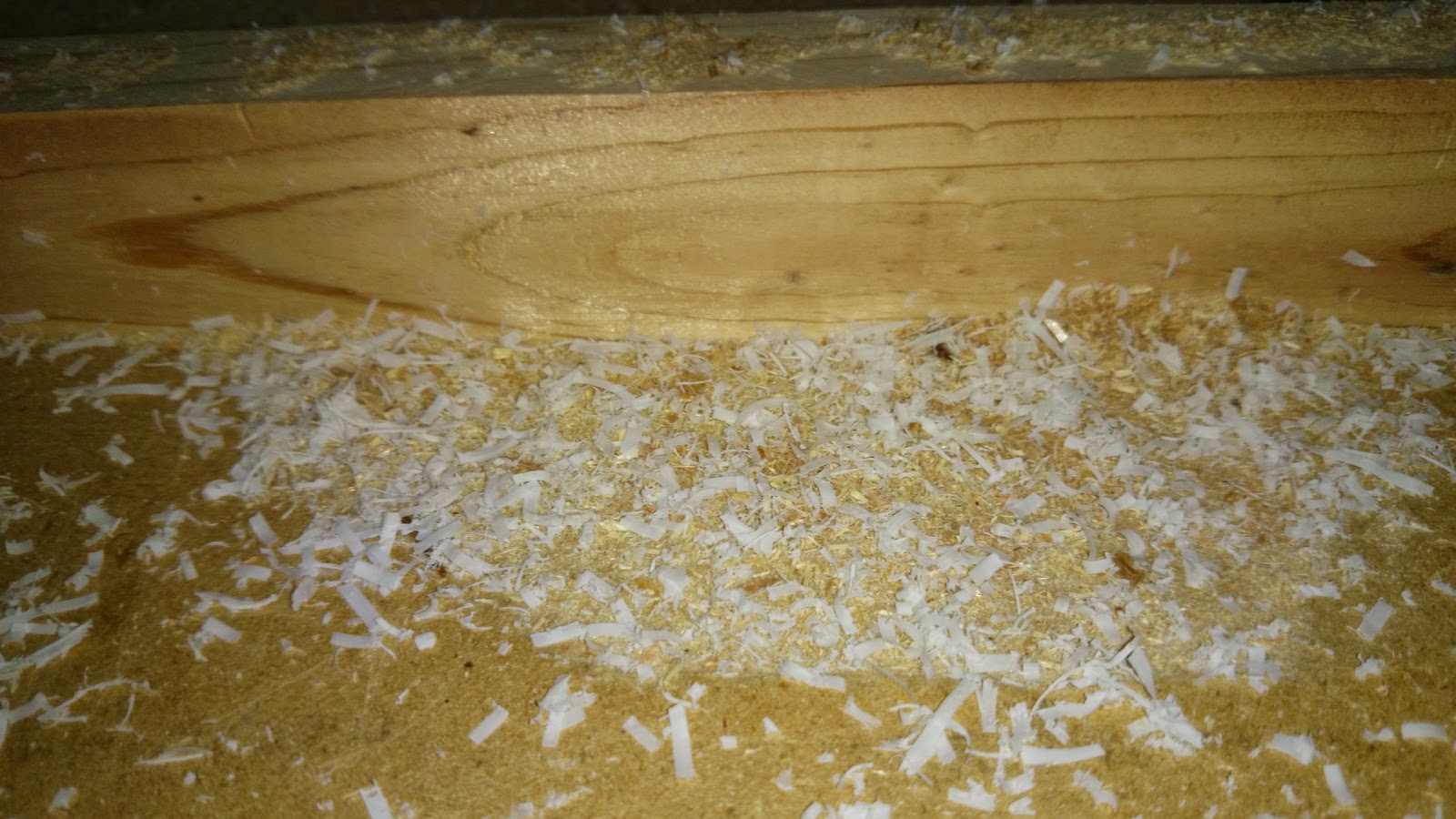 The whole unit was assembled with the rear guard and two 2” PVC caps purchased a few days ago. The caps were sanded on top since their markings were raised. 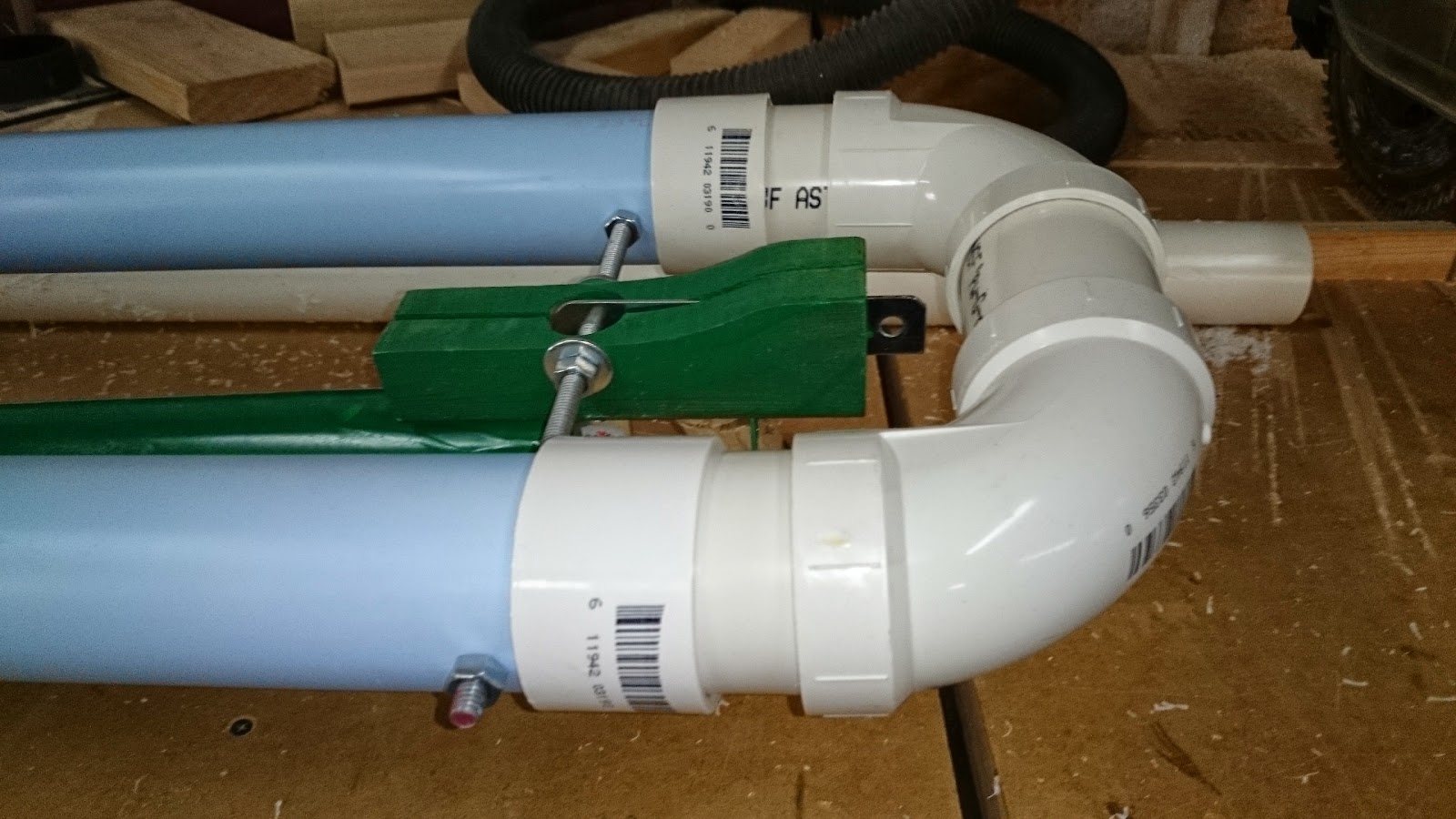 Rear guard all put together 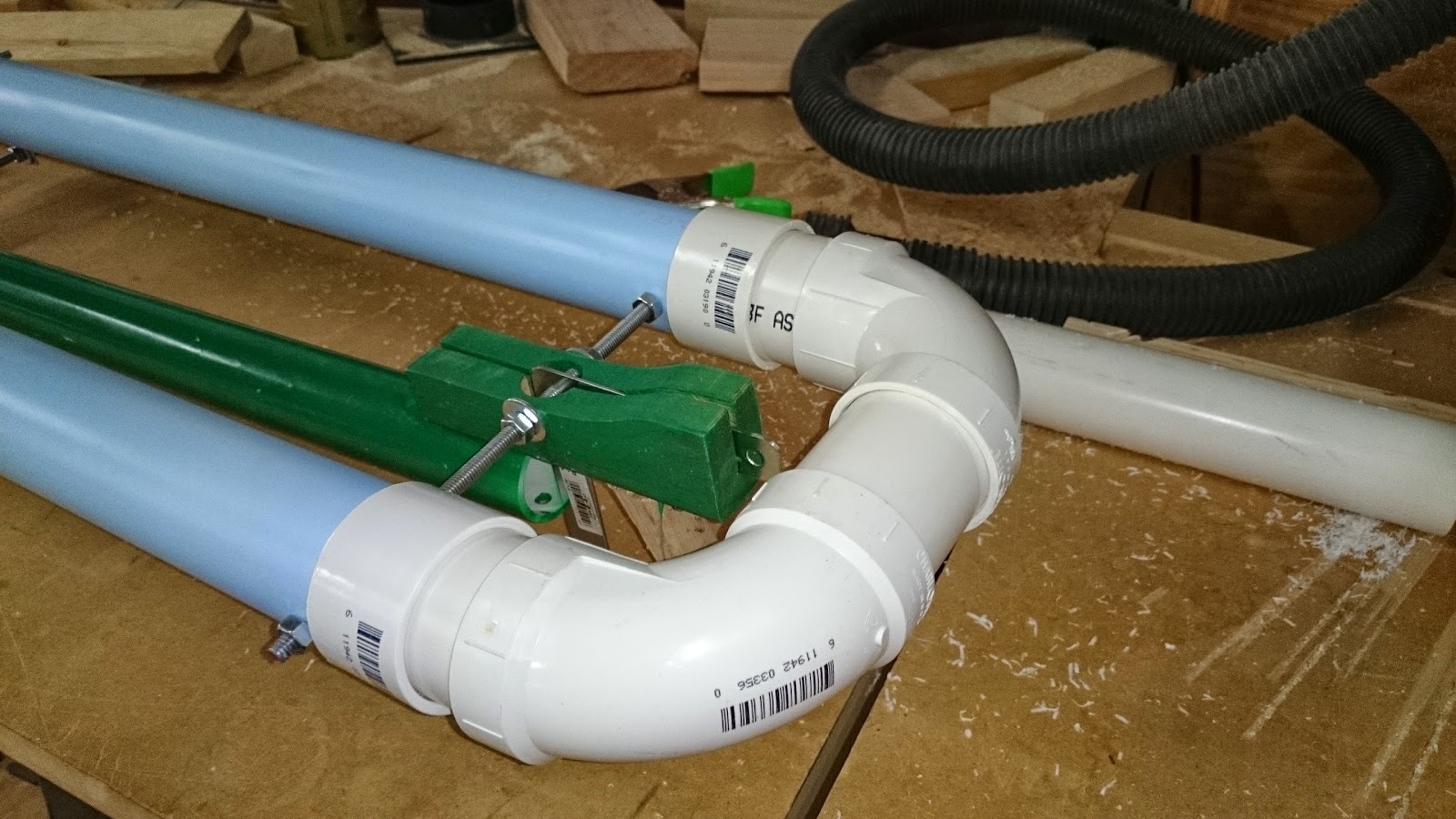 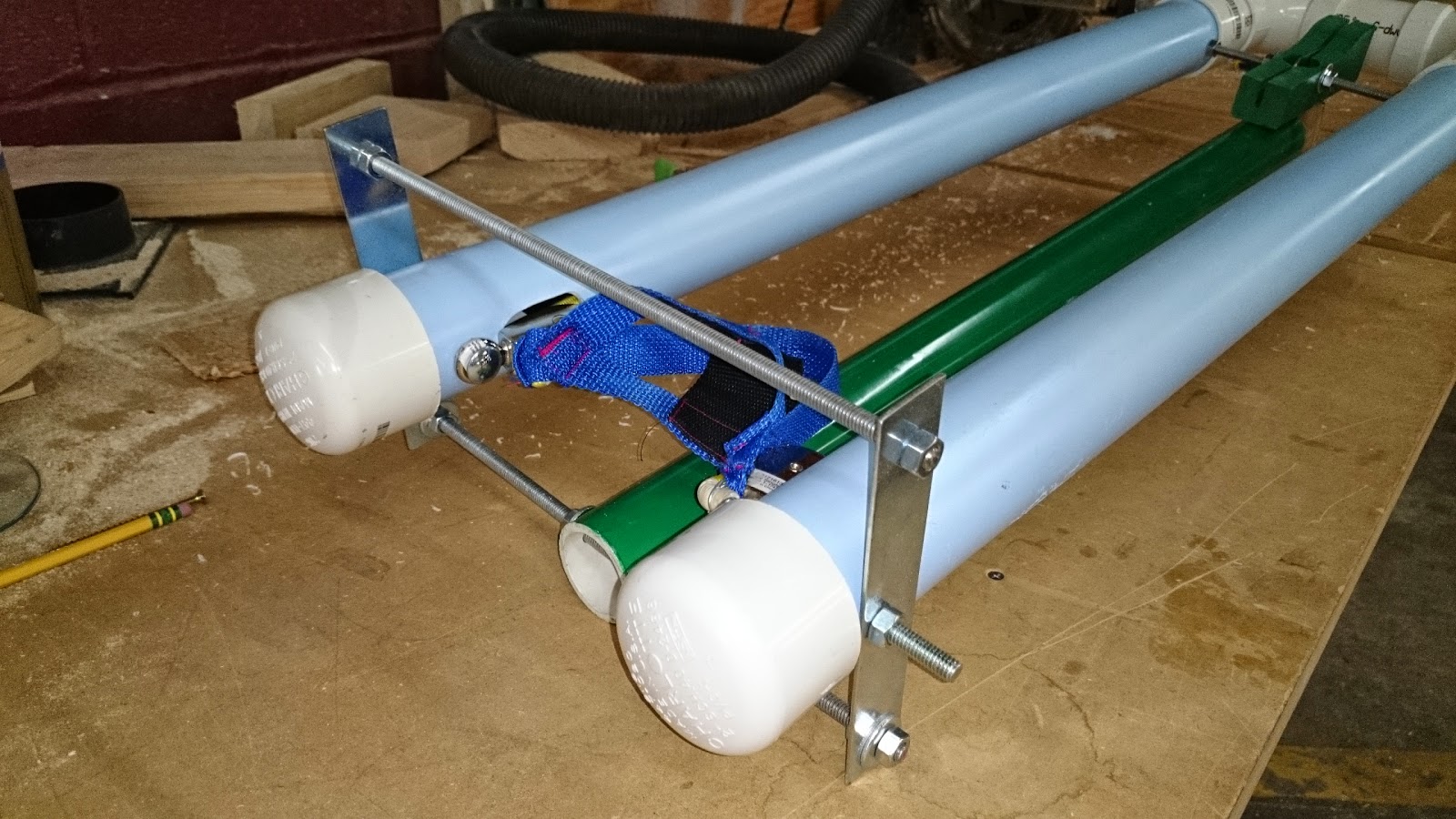 Front end of launcher with caps