1ft of surgical rubber hose was purchased to act as an elastic buffer between the aluminum frame and the sharpened bolts. Nylon hardware was purchased to make a new spinner. Instead of changing the angle of the tip on a drill bit a rotary tool attachment with a sharp tip was chosen. Divots were made on both sides of a thick nylon spacer. 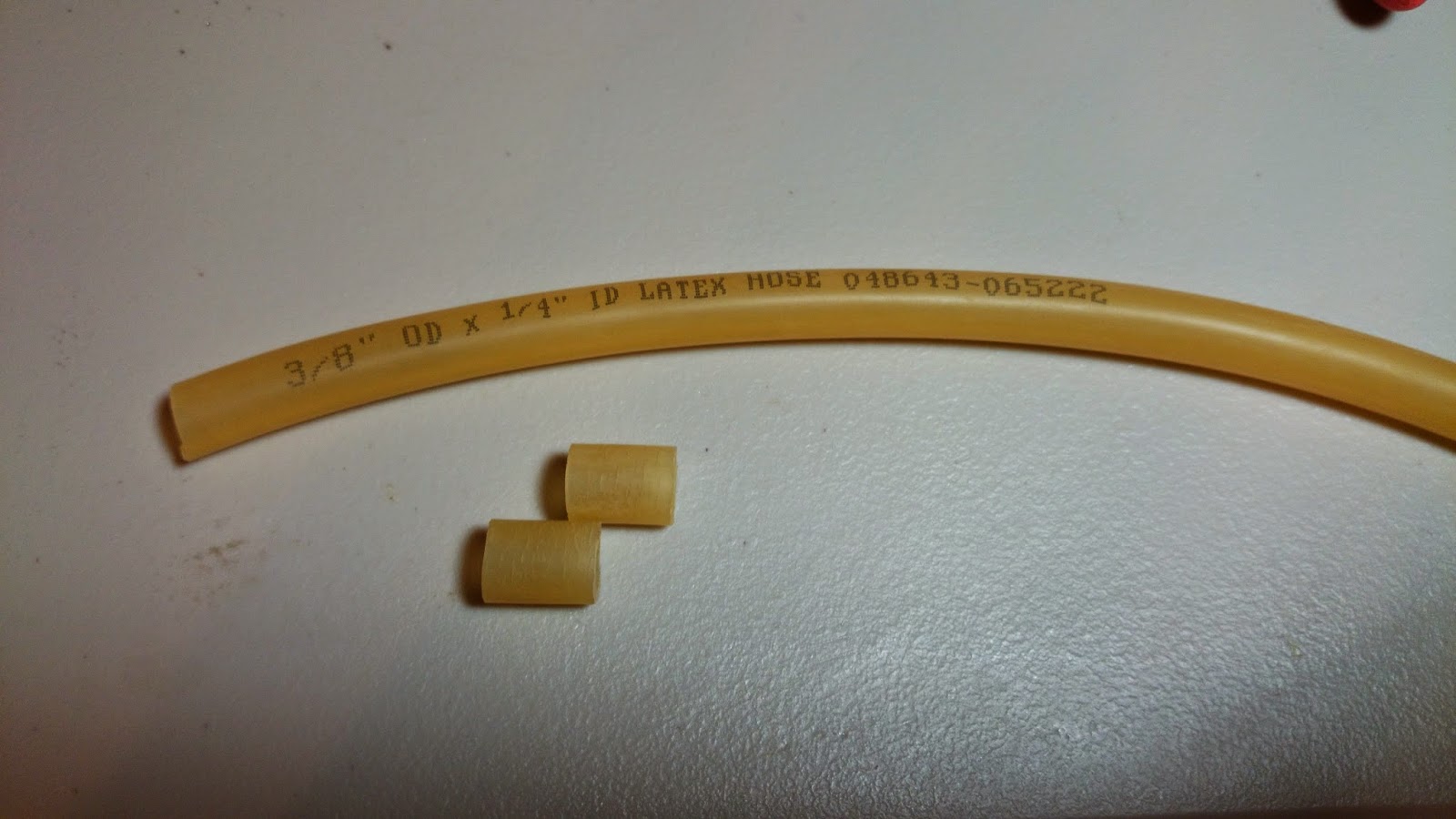 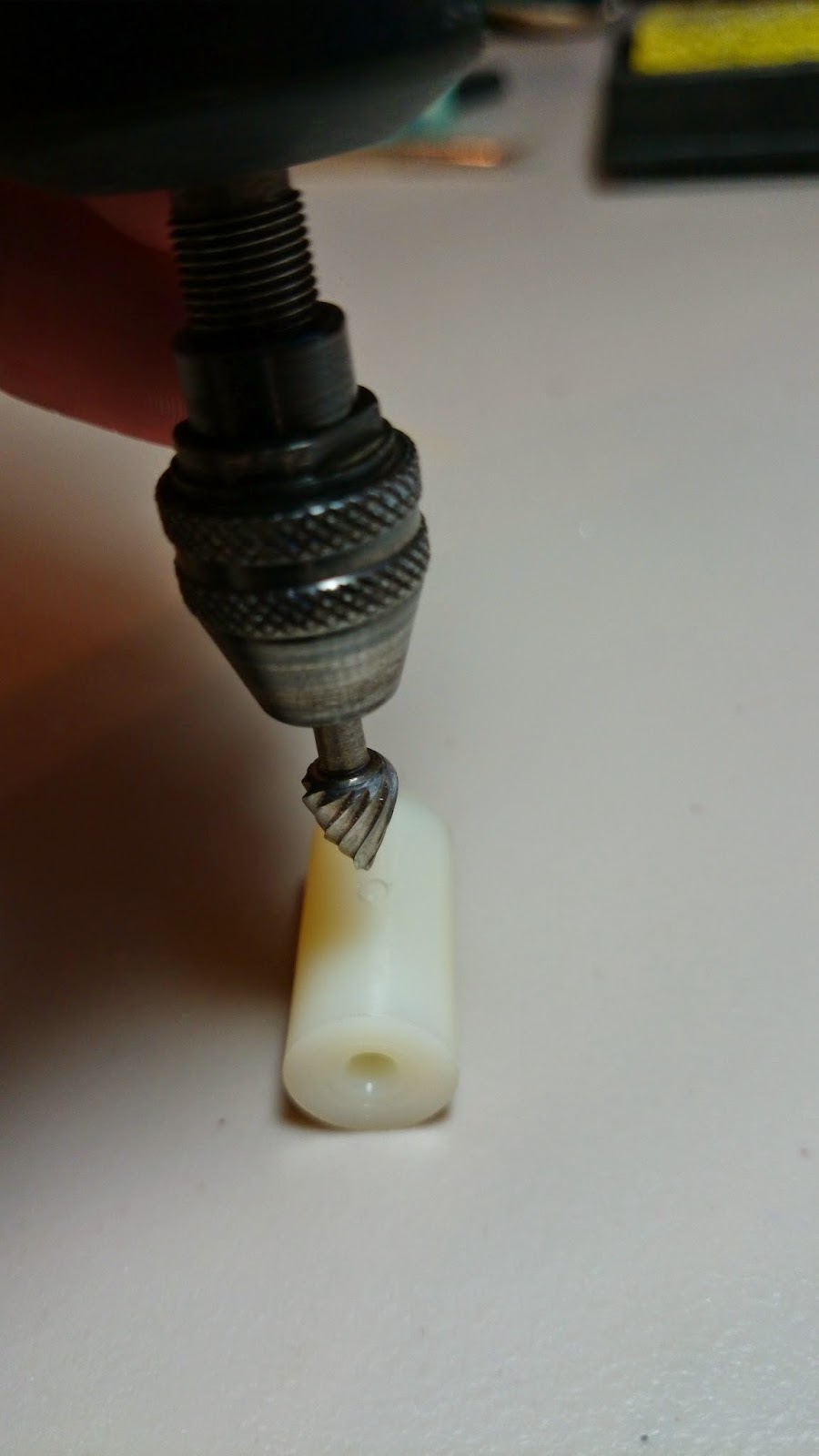 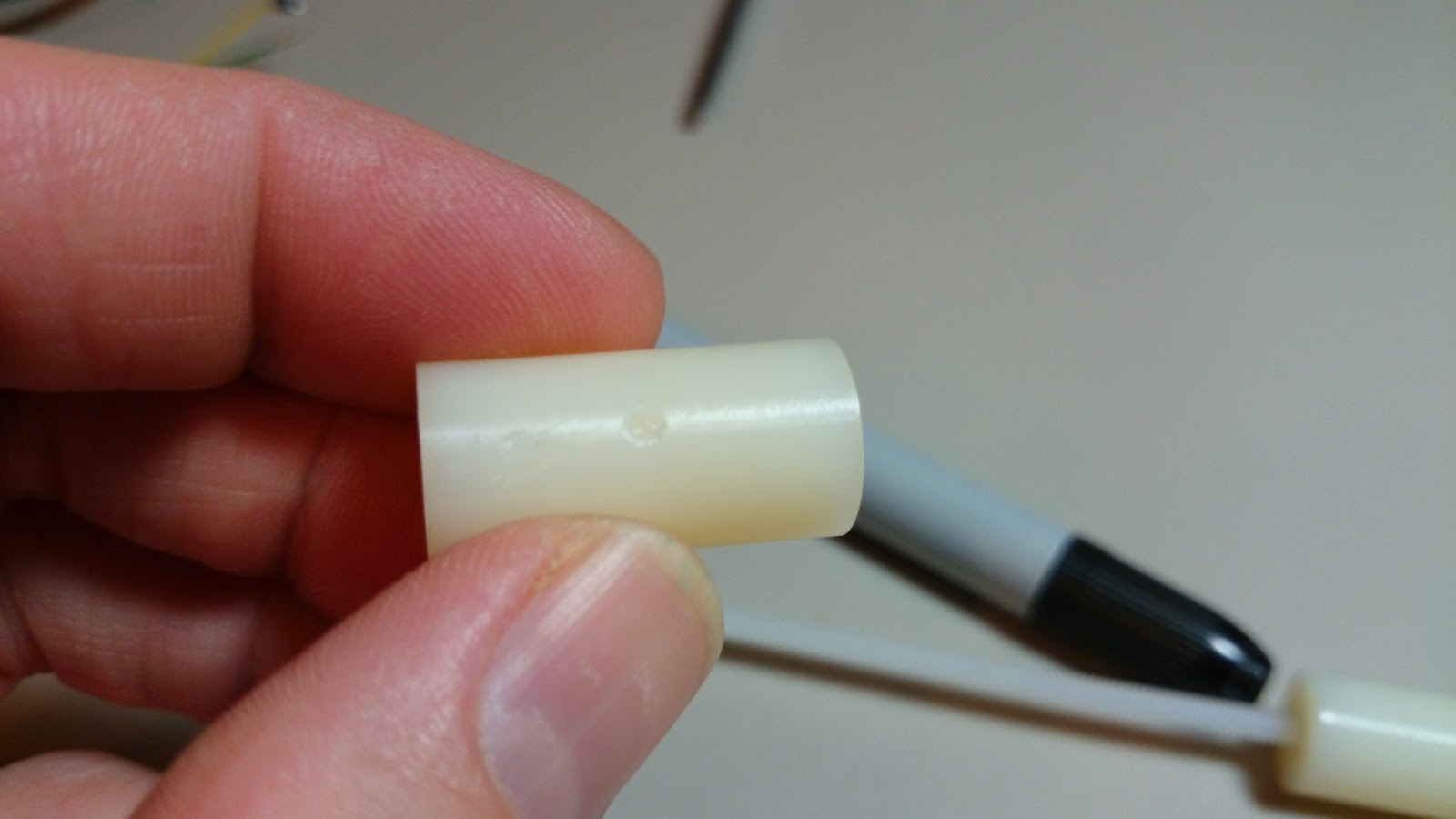 Divots made in nylon spacer

Using the reflection of a lamp to visualize a line directly down the middle of the spacer it was easy to mark a patch in line with the existing divots so to make a set of divots closer to one end of the nylon spacer. A threaded rod and washer were used to make the divots an equal distance from the ends. The end divots were made with the same sharp tool bit. 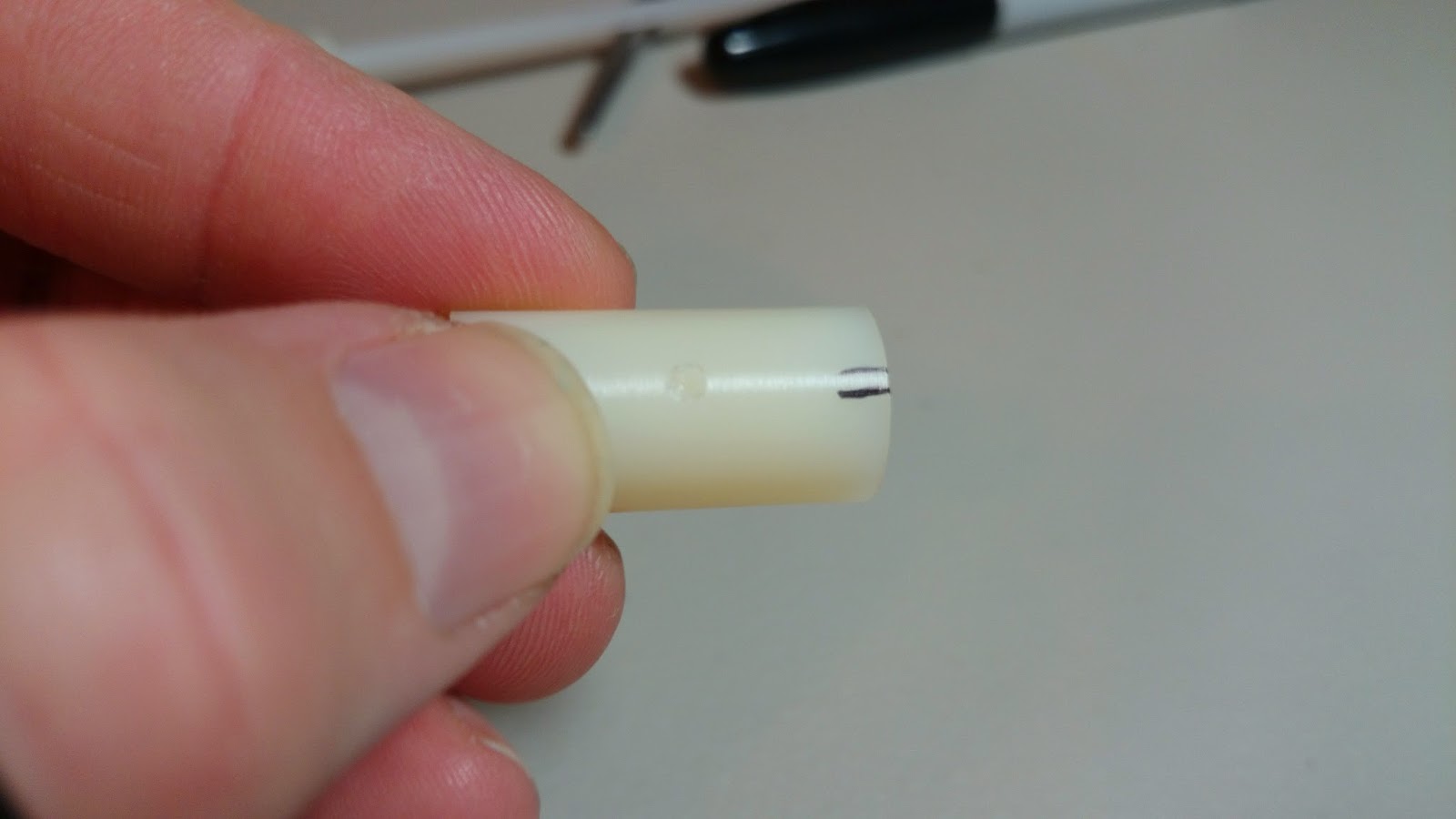 Pay attention to the white reflection band on the spacer. It is always parallel to the spacer 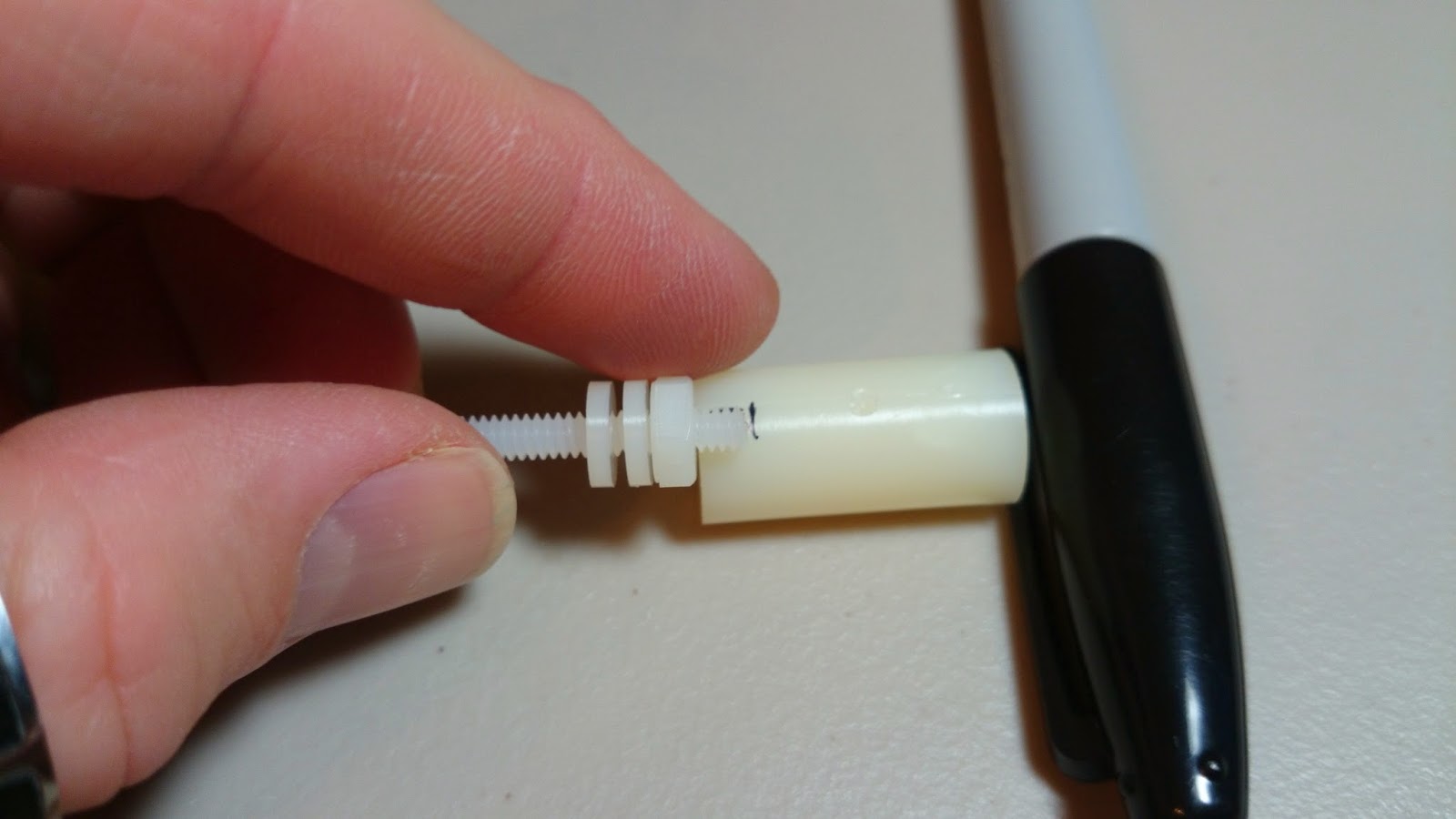 Making the divots an equal distance from the end 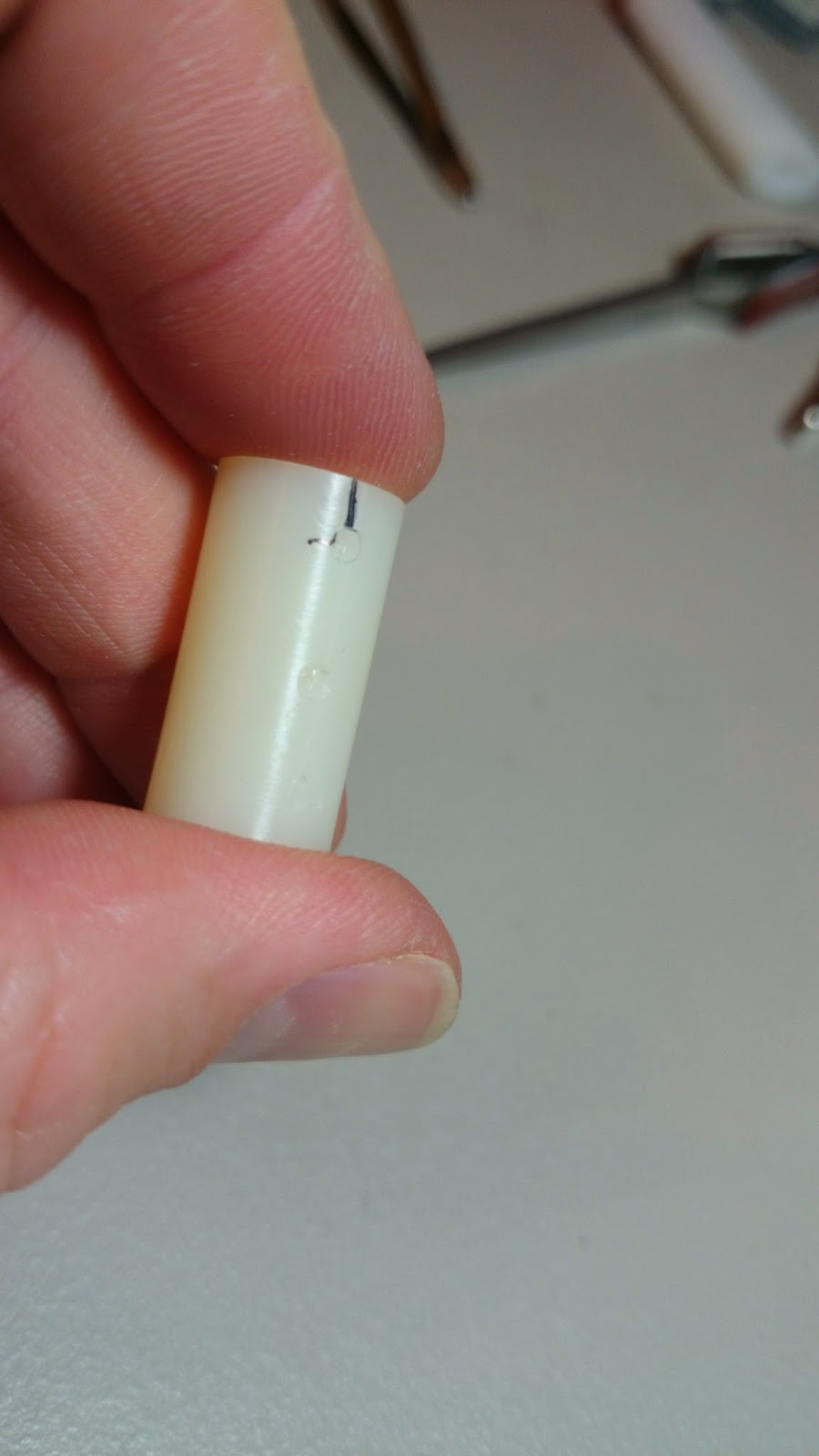 Two divots in line with each other

The spacer was placed on a nylon threaded rod with a mix of nylon and brass nuts for balancing. The approximate balancing point was found using a finger. The threaded rod was trimmed with some extra length for rebalancing without the weight of the rod. Short lengths of the rubber hose were also trimmed. Each segment was to act as a compression cylinder with the sharpened bolt running through the center. The short lengths of rubber were installed using brass finishing washers to cup one end of the hose and the other end rested against the aluminum frame. The new spinner was installed by pulling the sharpened bolts away under tension 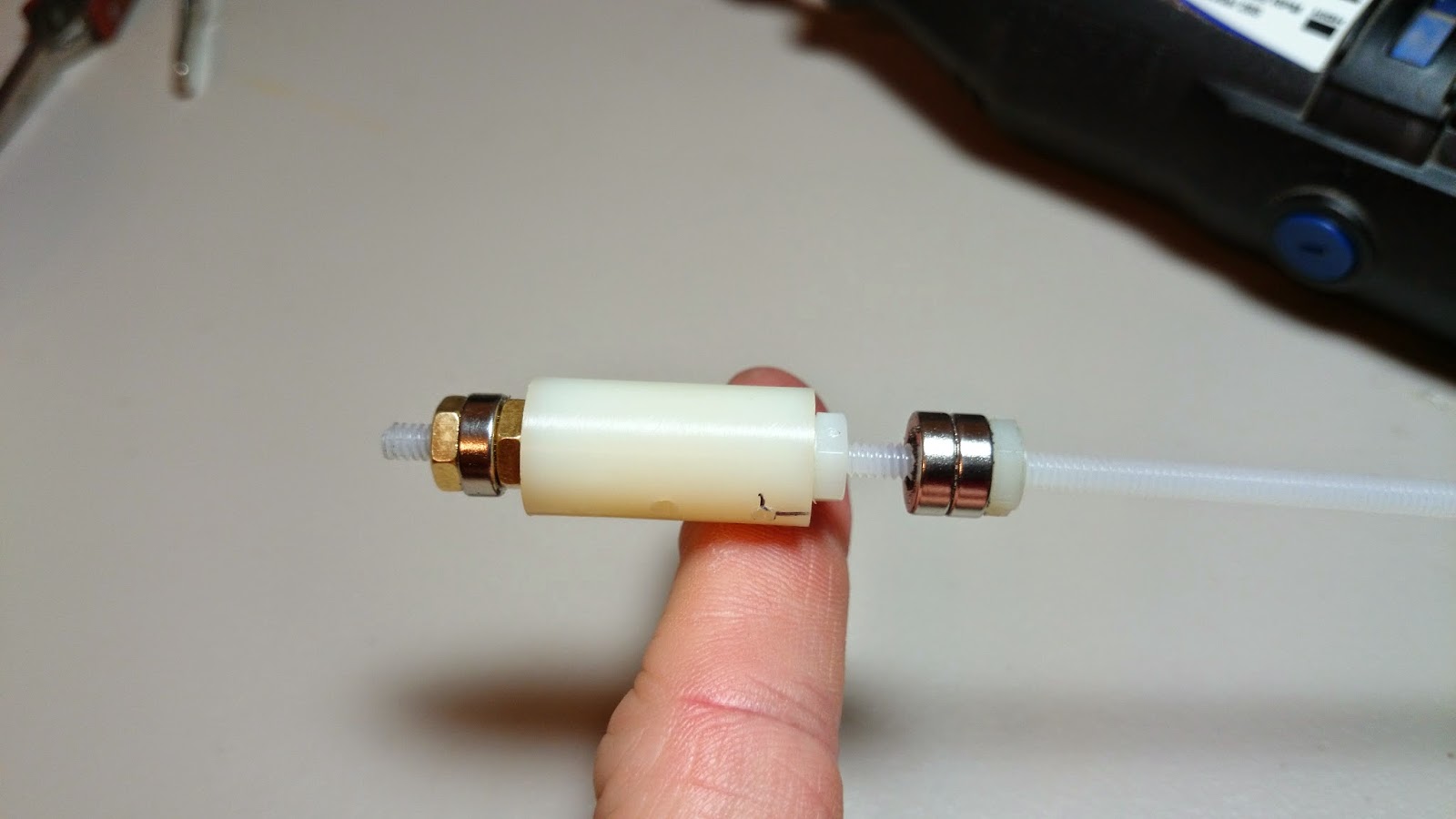 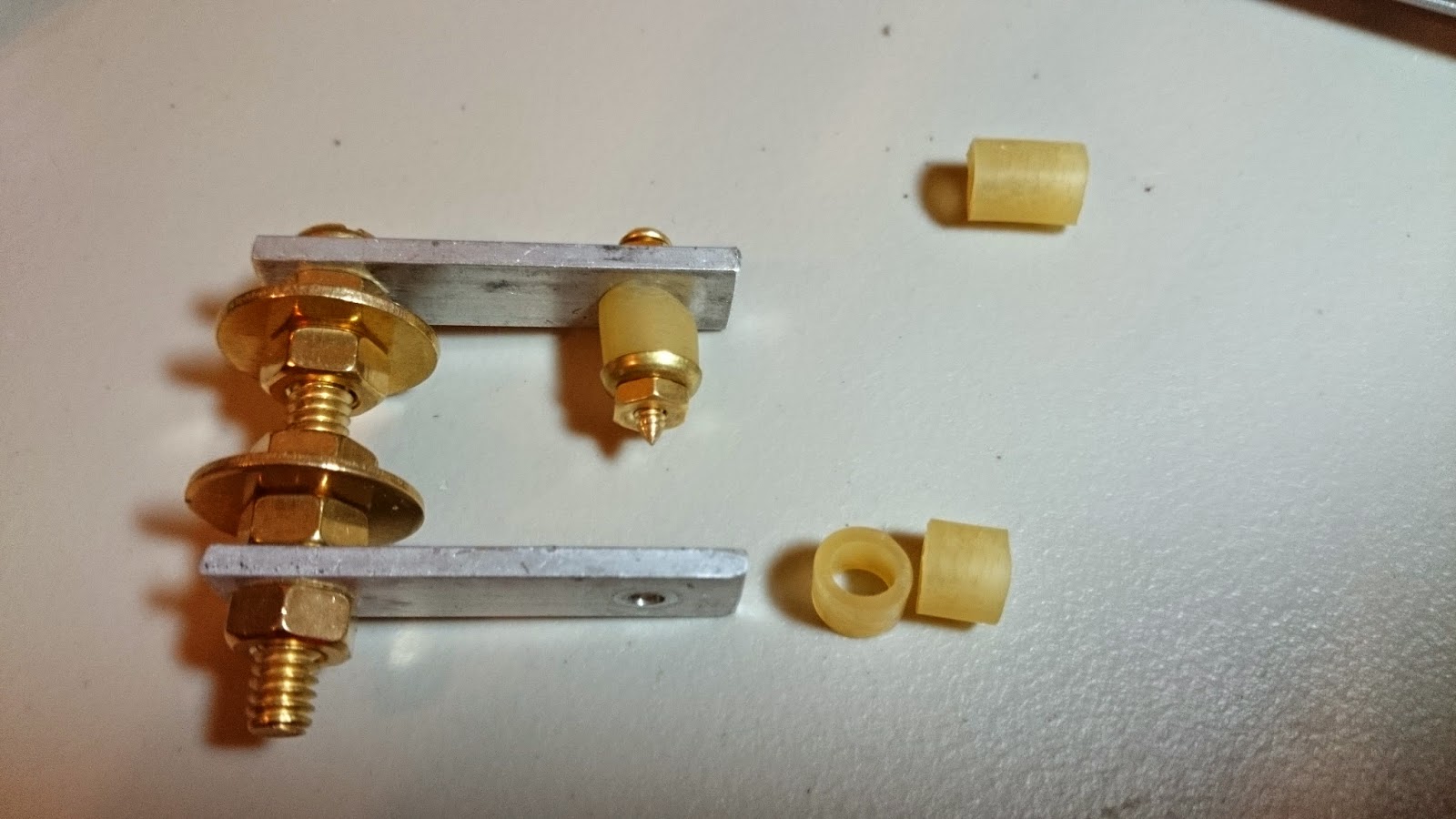 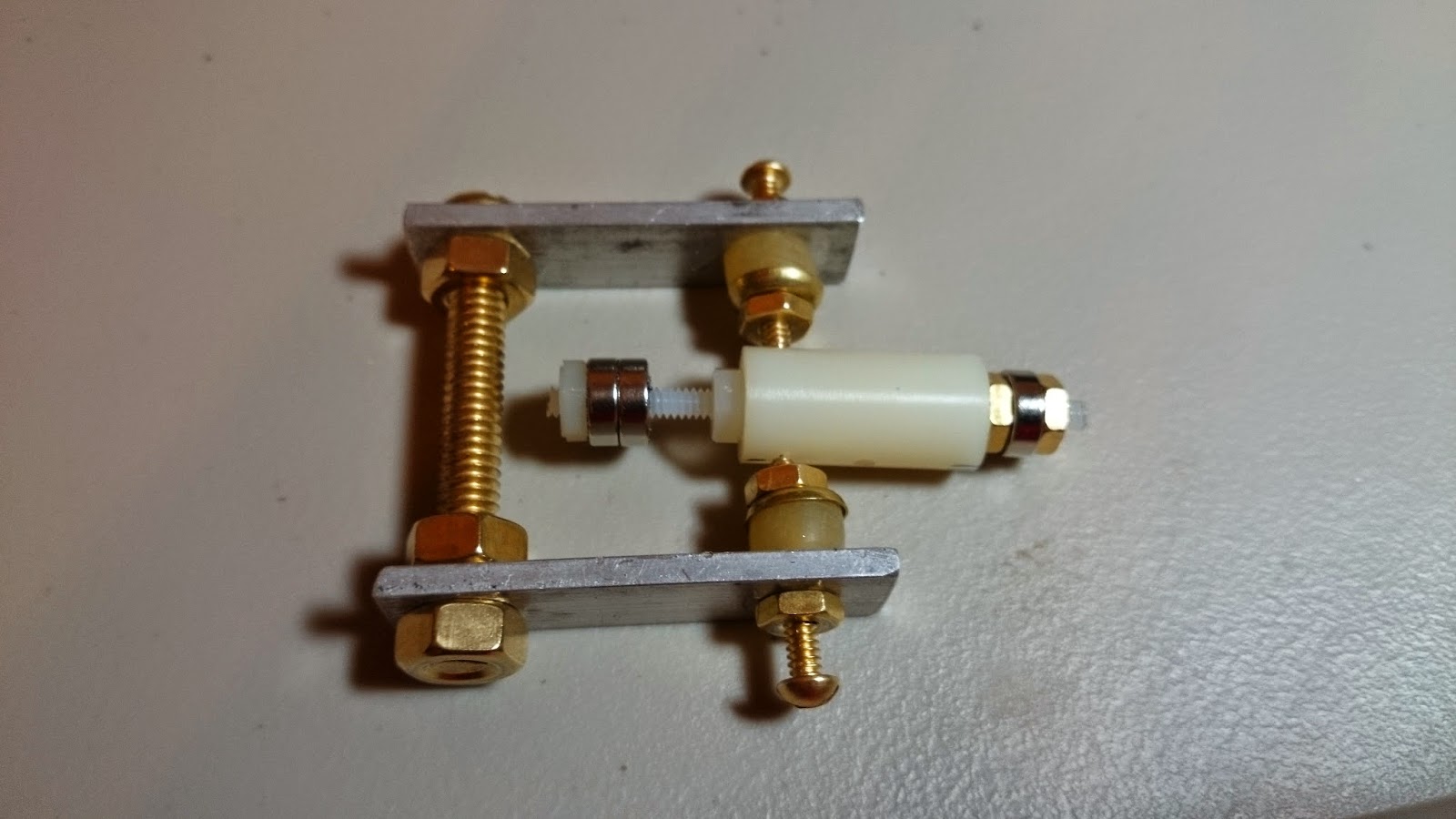 A spinner that refuses to balance 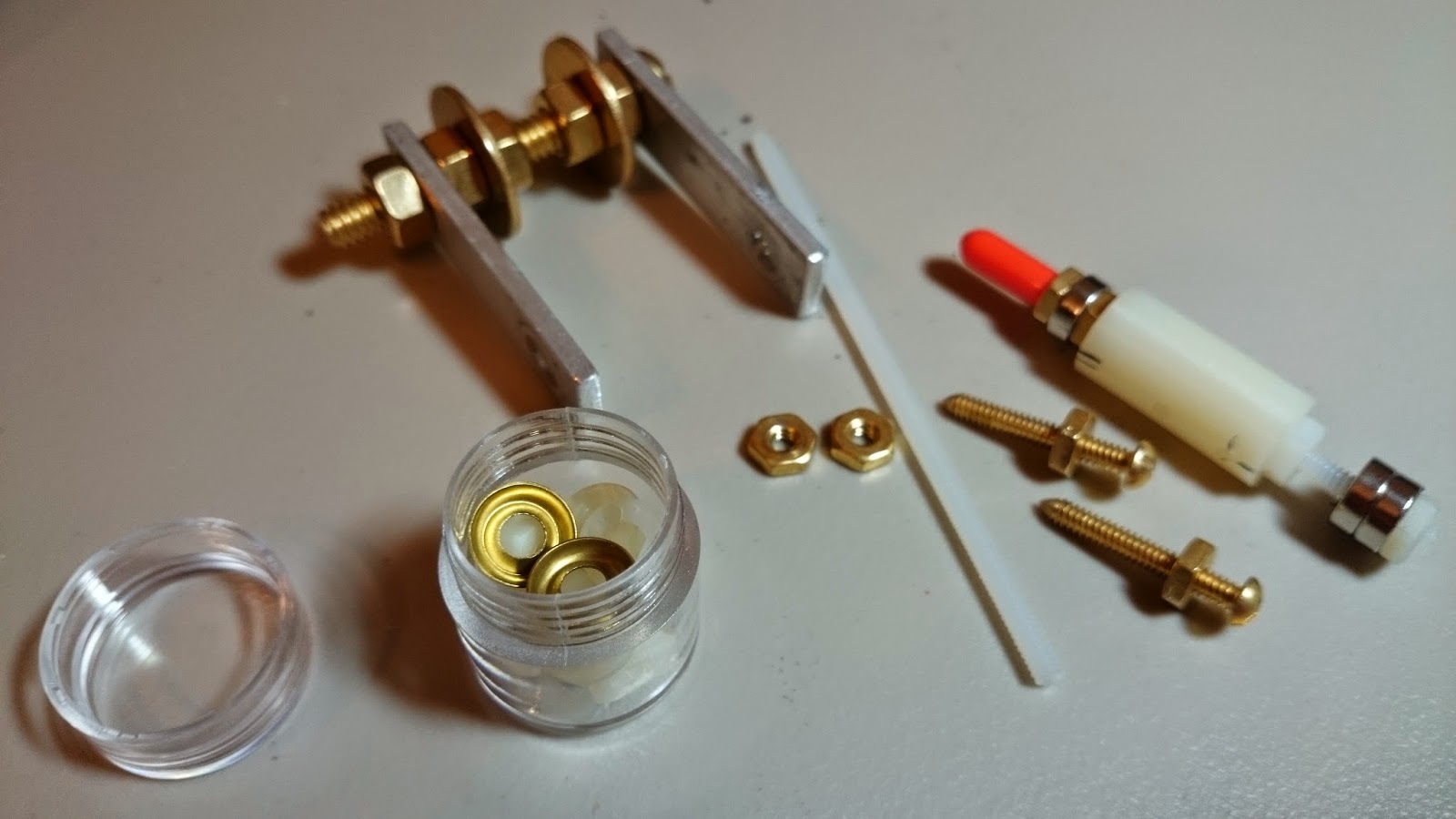 I've amassed quite a small collection of nylon, aluminum, and brass

A second set of divots were made but a rounded tip tool bit was used. The sharpened bolts seemed to be touching at more than just the tip and it was suspected that the angle of the hole was too steep. The spinner would not sit levelly. Thinner pieces of hose were also cut to reduce some of the slop. 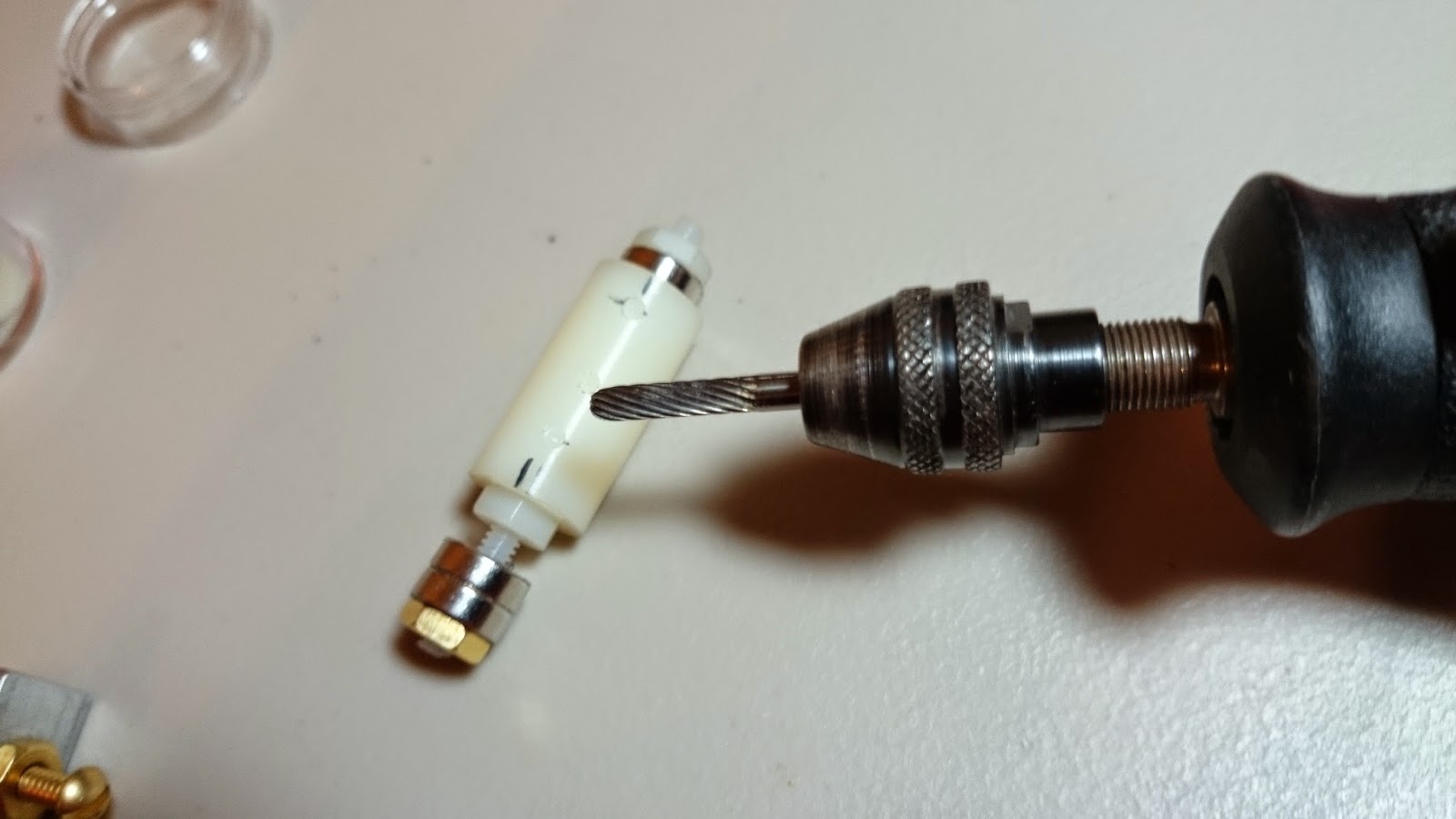 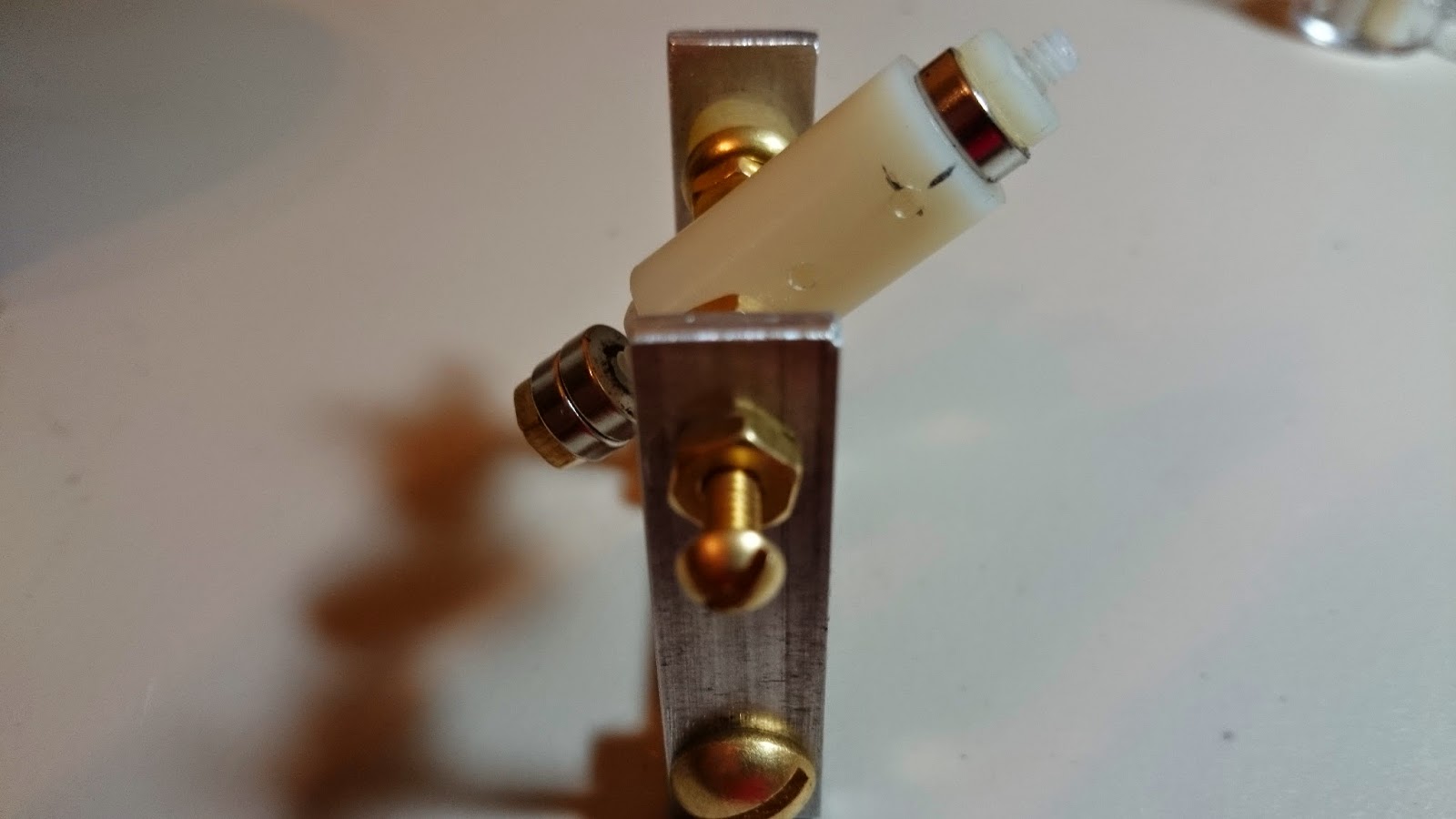 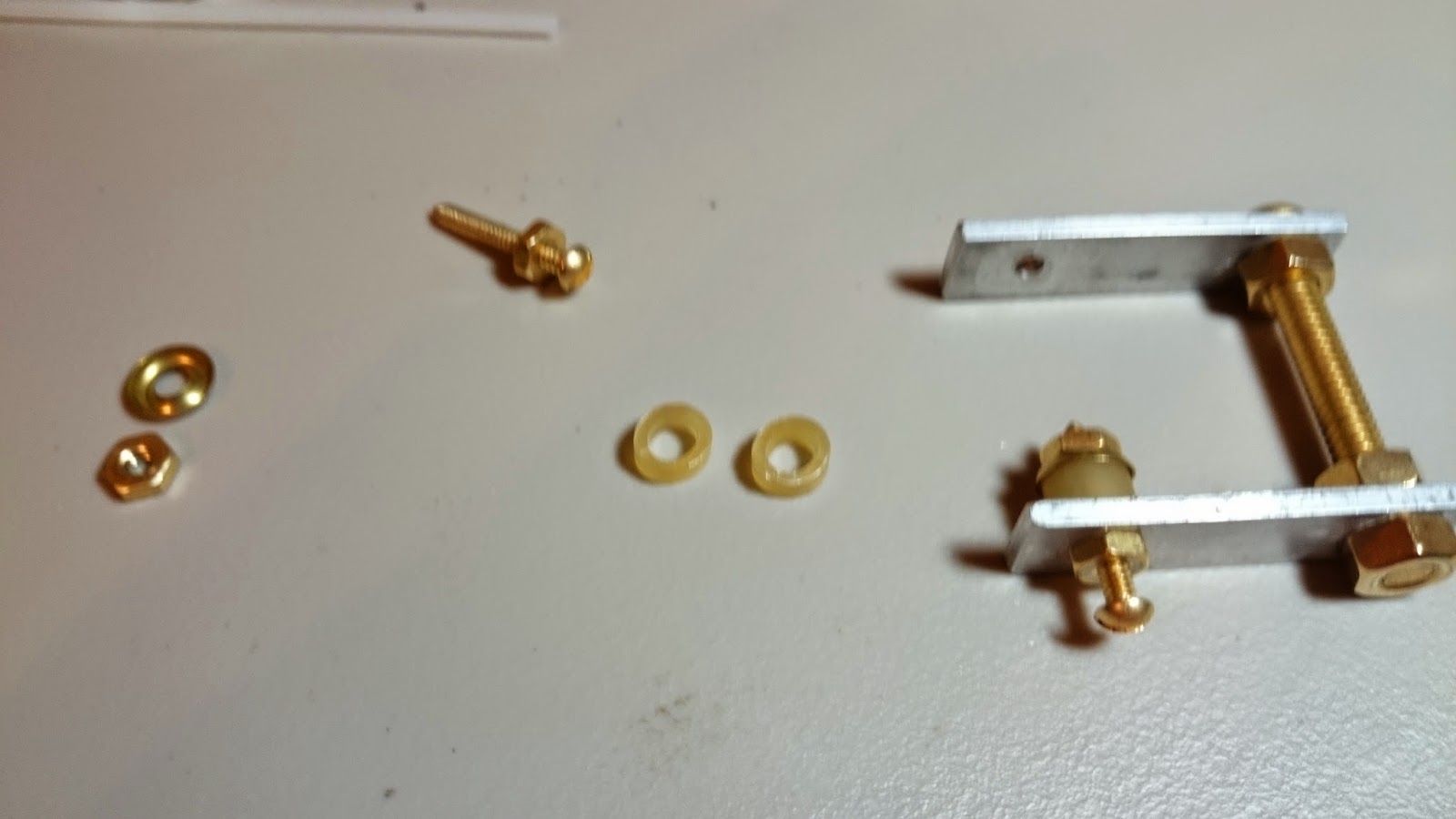 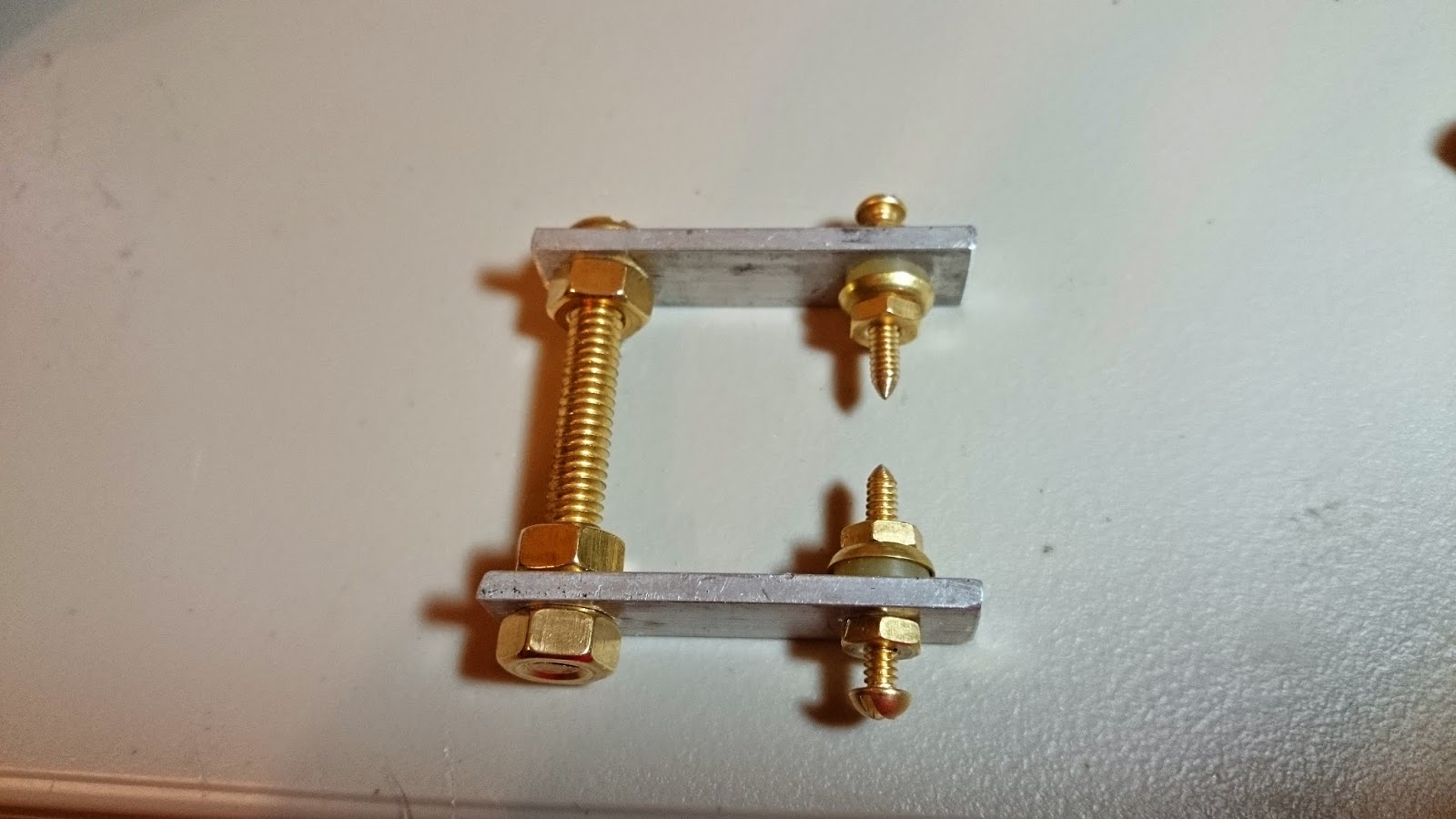 Thin pieces of hose installed
It has been determined that pressing the top and bottom is a fruitless endeavor. Going back to a hanging spinner design seems most logical now due to its ease of building, simple operation, and tubular design. 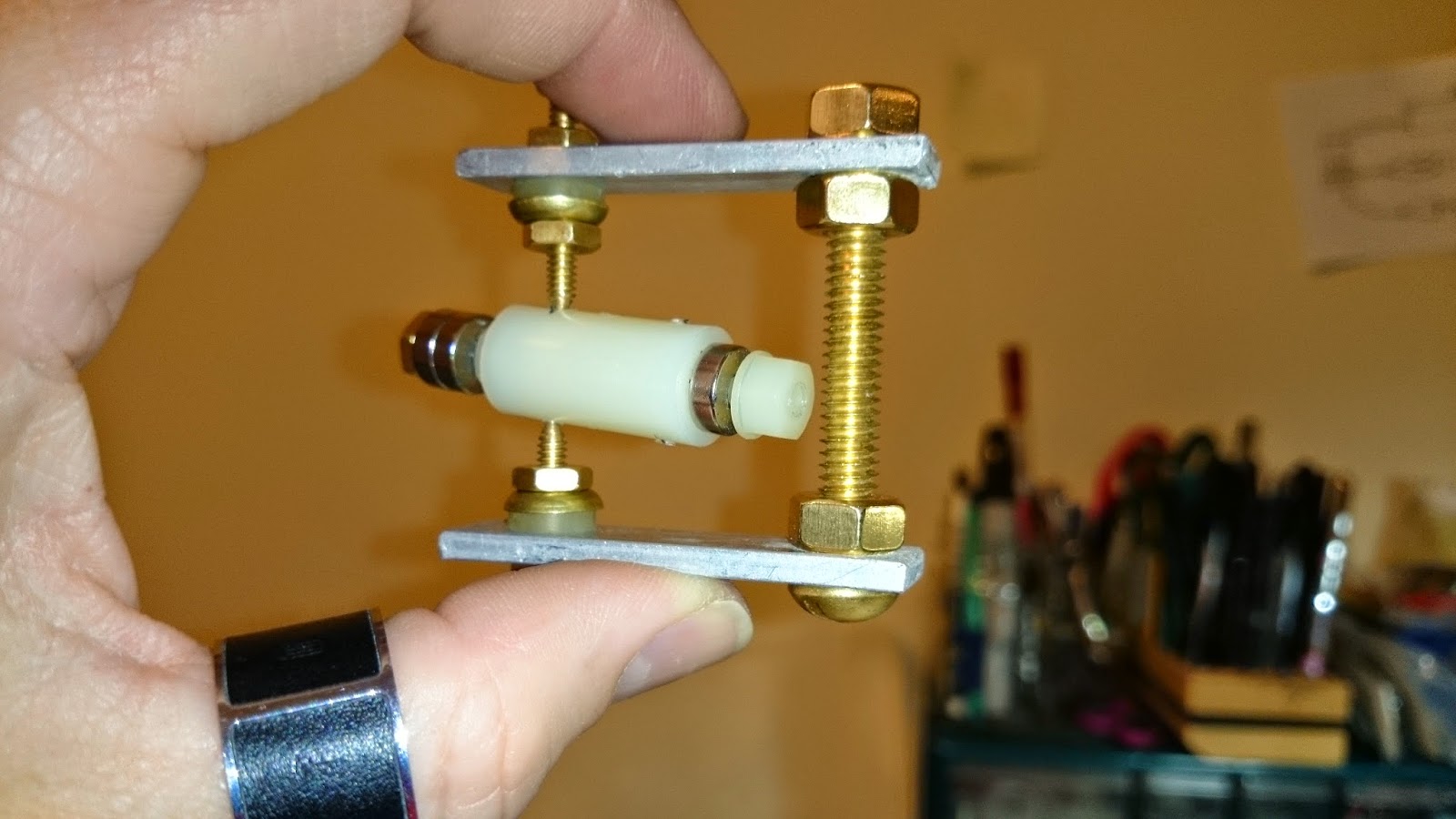 This design will be not be revisited soon

Glass/nylon ball bearings were ordered to test as a compass component.

They look futuristic or cheap. They are not cheap