September 22, 2014
Some people I met at MeetUp sponsored by the organizers of Twin Cities Transhumanists said they had built a device that gave periodic reminders to perform reality checks. When reality checks become a part of a person's daily routine they continue to perform those reality checks during sleep and gain control of their dreams.

Tasker has always kind of made me nervous because it is the most robust phone automation tool I know of and reputedly the most complex commercially popular one. This is all based on hearsay so basically its reputation scared me. I had purchased the program months ago but never explored it.

Put the two paragraphs together and I finally have a reason to start learning Tasker and get over that initial hump. The program seems to have been simplified and streamlined from the first time I looked at it. I assumed I would be spending an evening pouring over online forums looking for how write a simple algorithm. In fact it was pretty straight forward for someone who has played a little with simpler phone automation programs like Trigger and AutomateIt Pro. 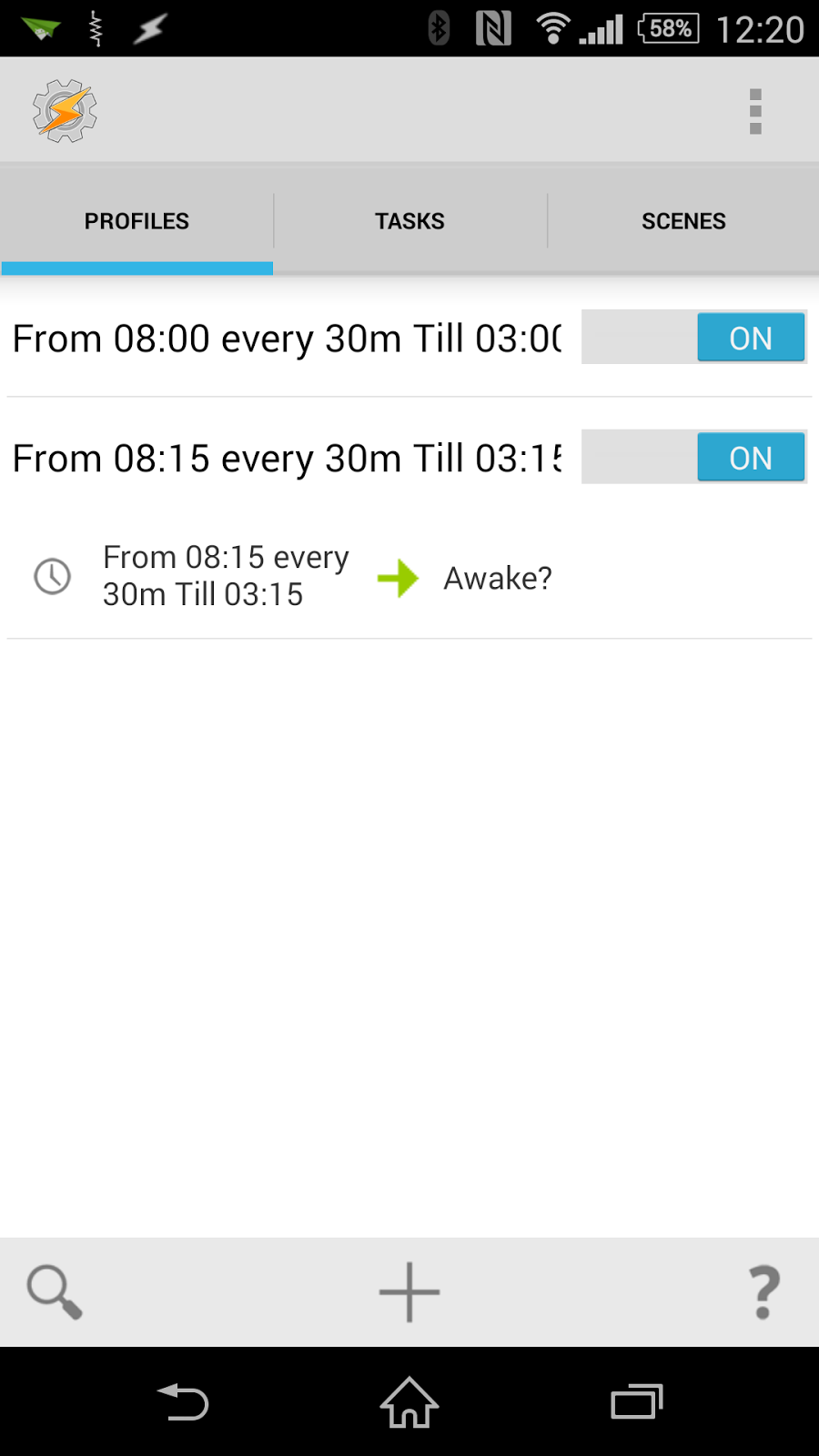 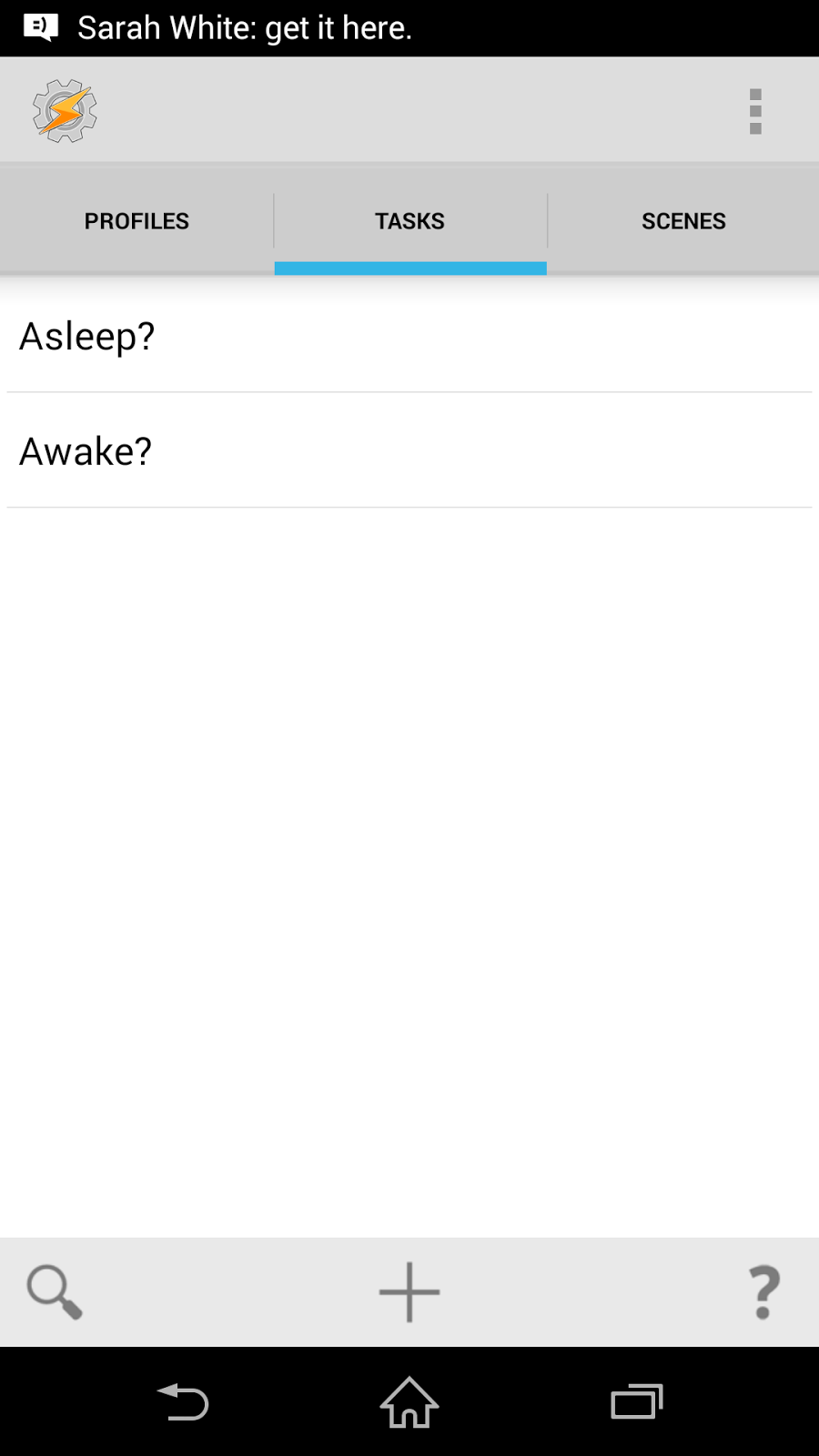 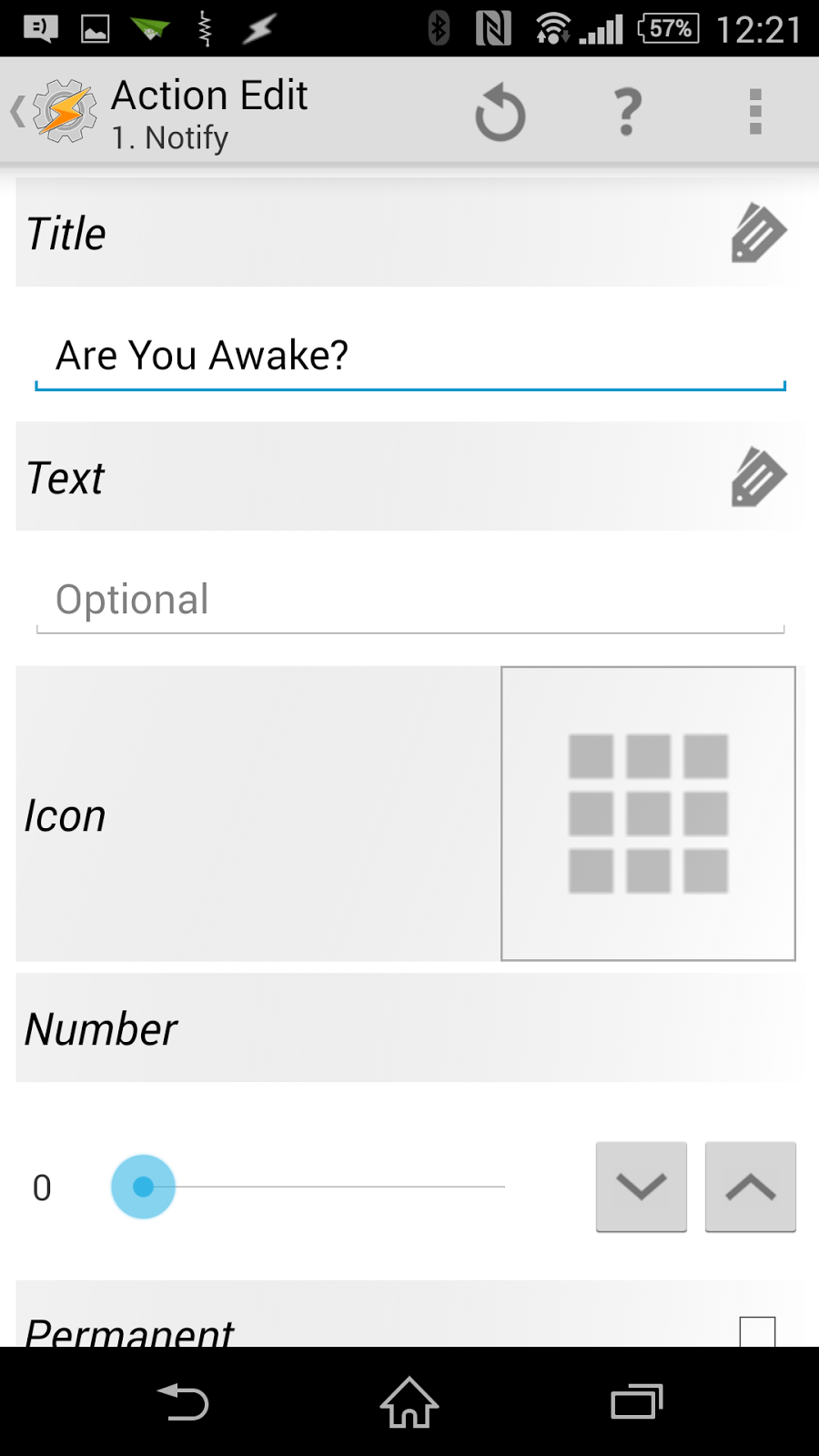 The notifications appear on the smart watch and vibrate as well. The original device described was a wrist worn unit with a text display which asked the same questions programmed into Tasker. The reason for the alternation of messages was the watch seemed to ignore repeating notifications so by switching it was possible to avoid having the same notification repeated twice in a row. 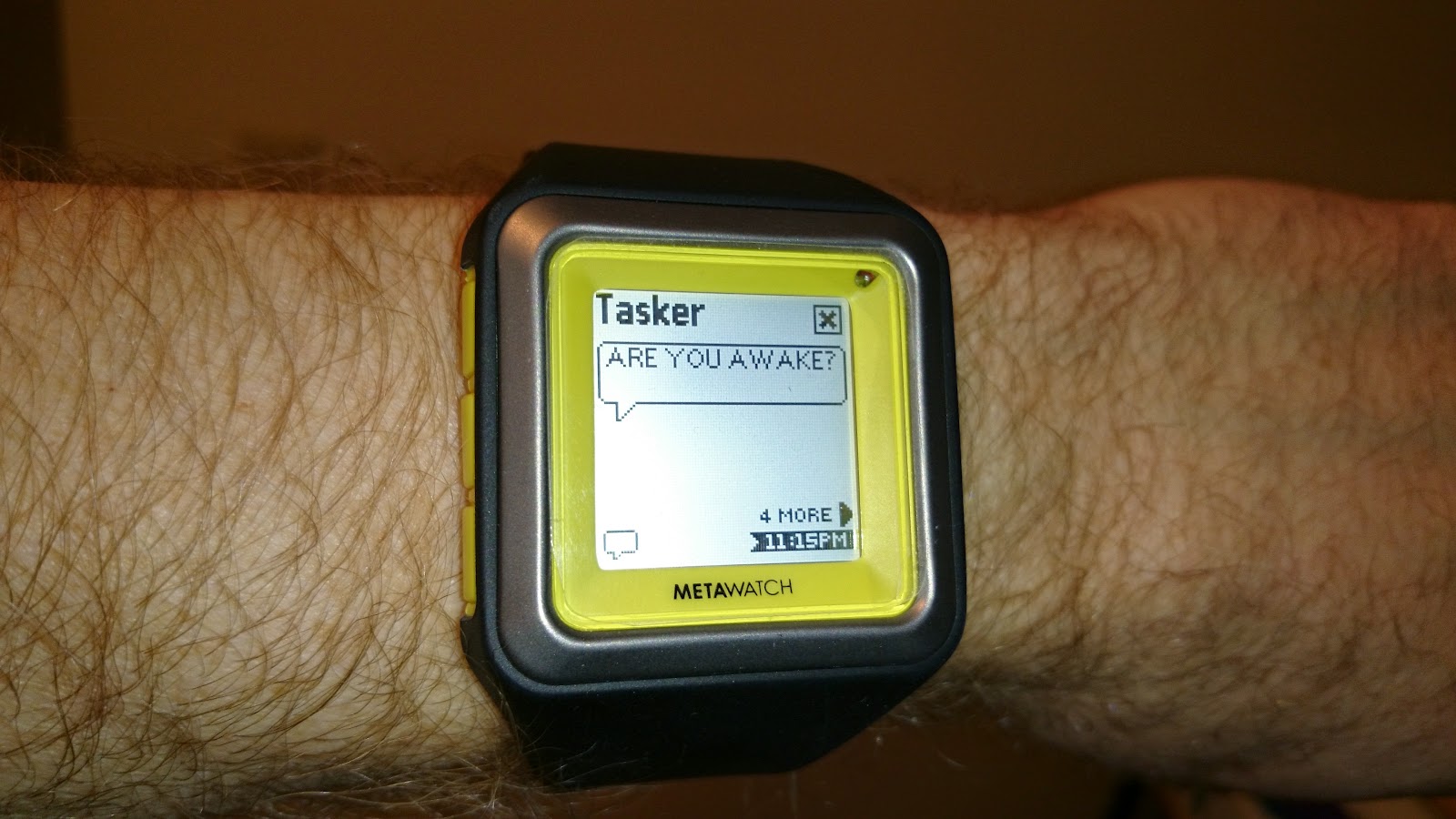 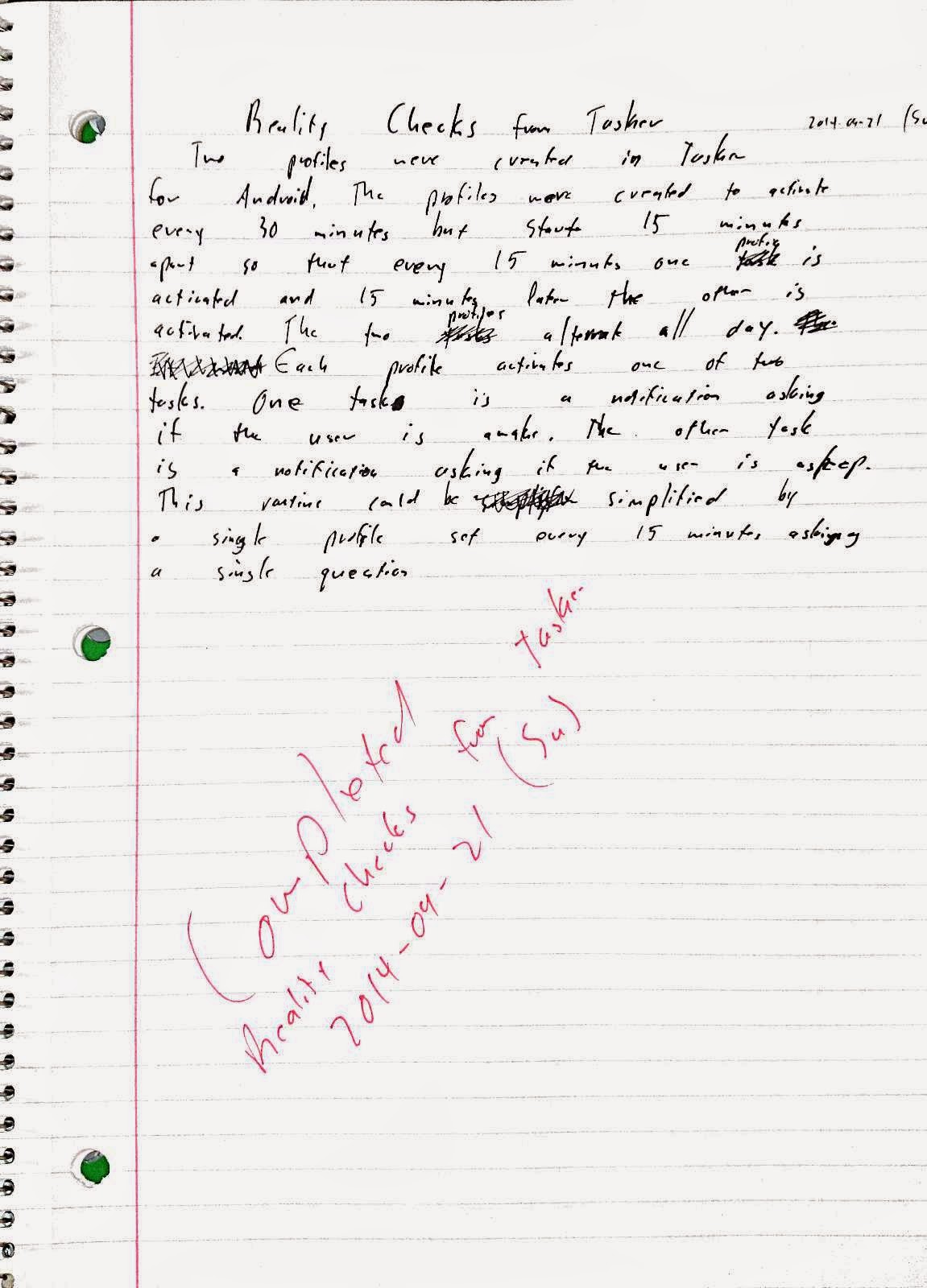