November 11, 2014
Joe Robertson of the Phoenix Studio expressed interest in this project when it was started four years ago. His interest is an affordable, customizable, laser tag game has not wavered and he has agreed to look into programming the hardware. Code finished three years ago was sent by email. The vest hardware was given a 9V battery connector for easy power.

Standard header sockets were soldered to the bottom of the 3.3V and 5V Arduinos but were backwards from one another so the boards cannot be attached to the wrong mating component. The screen had the header pins removed and replaced with nine wires. The wires were soldered to the Arduino. Another output was allotted for the RESET pin on the screen. Extra terminal points were added for the ground and Vcc since these points are used to connect one half of each device in the tagger. 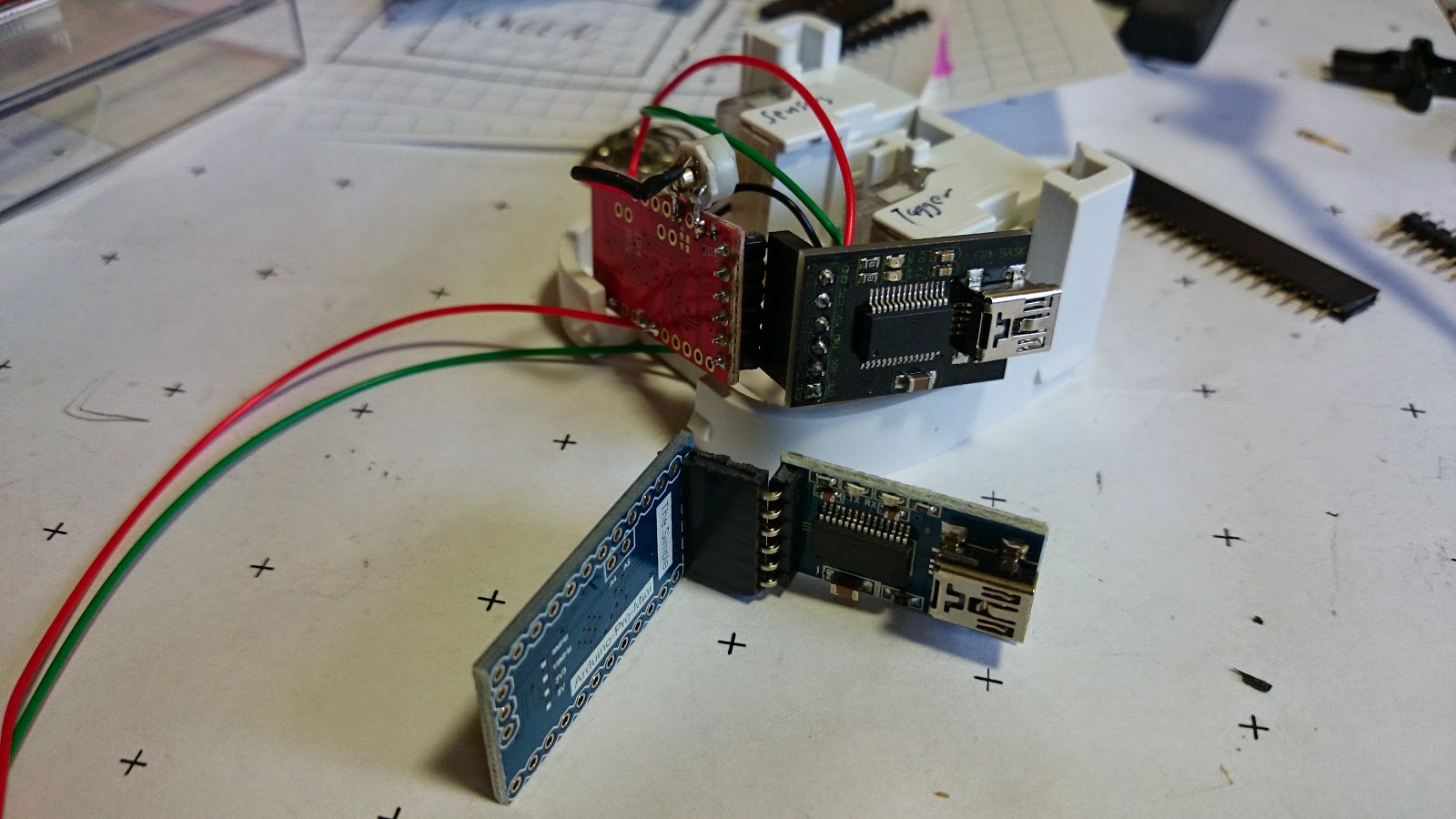 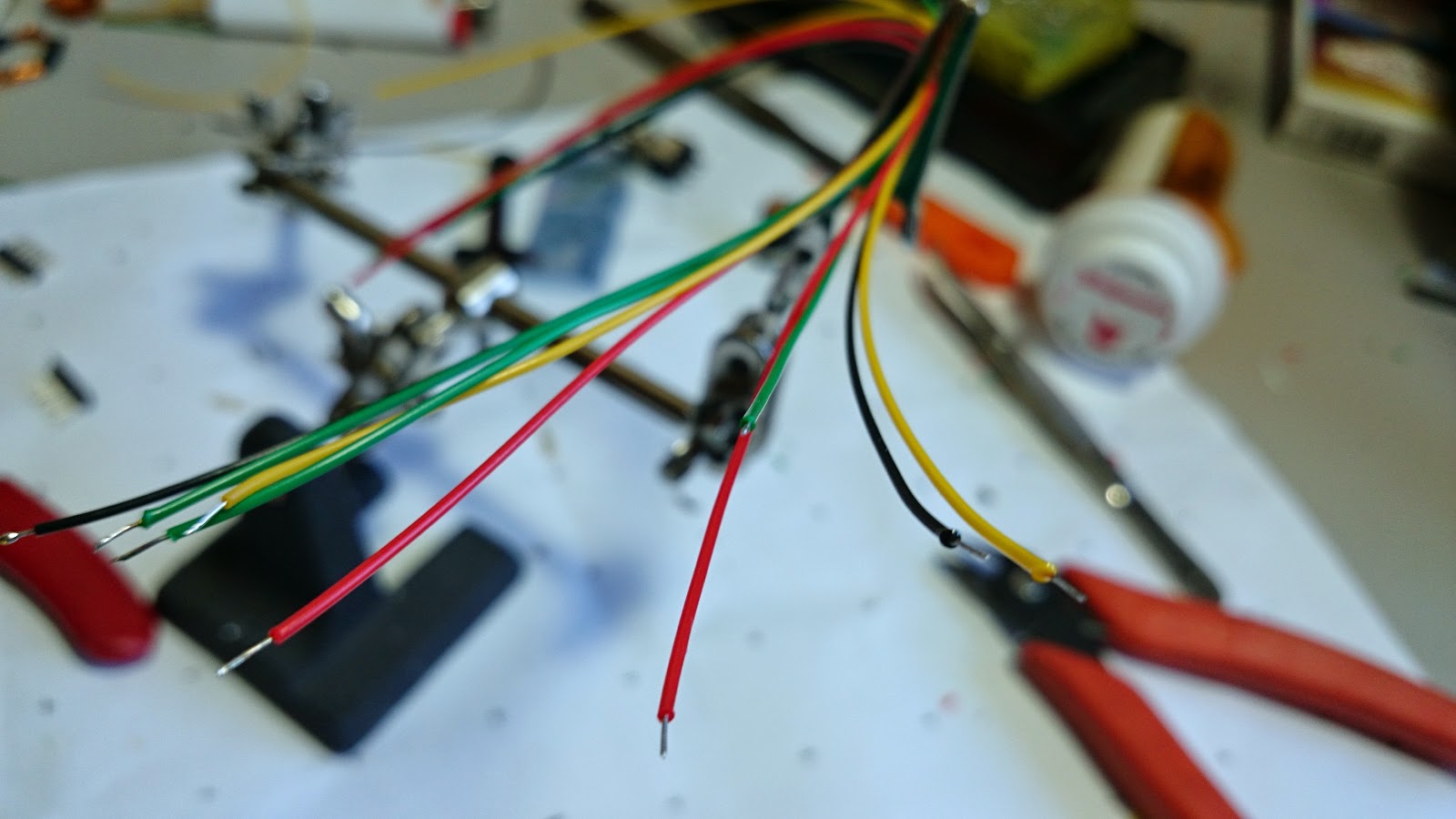 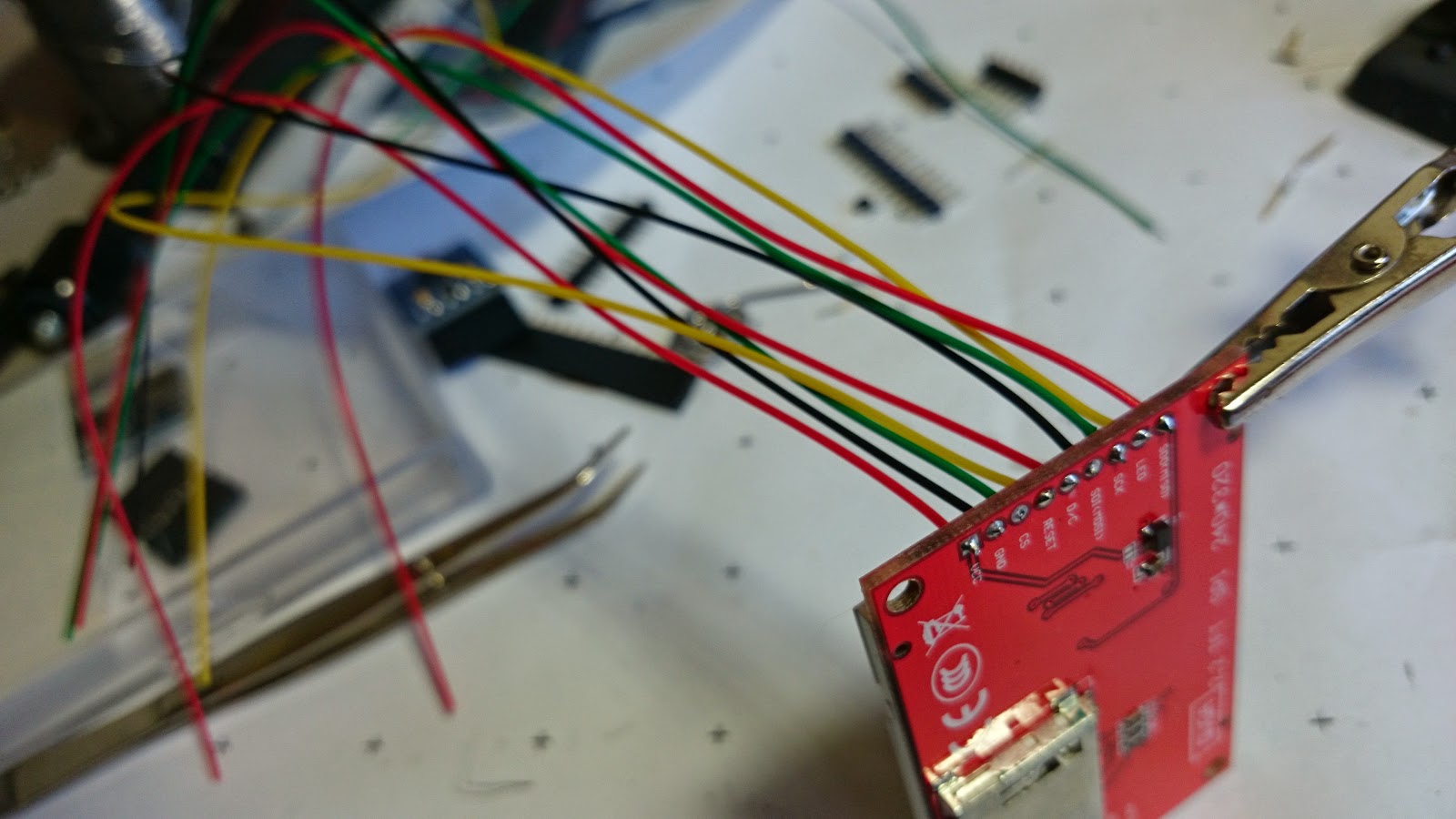 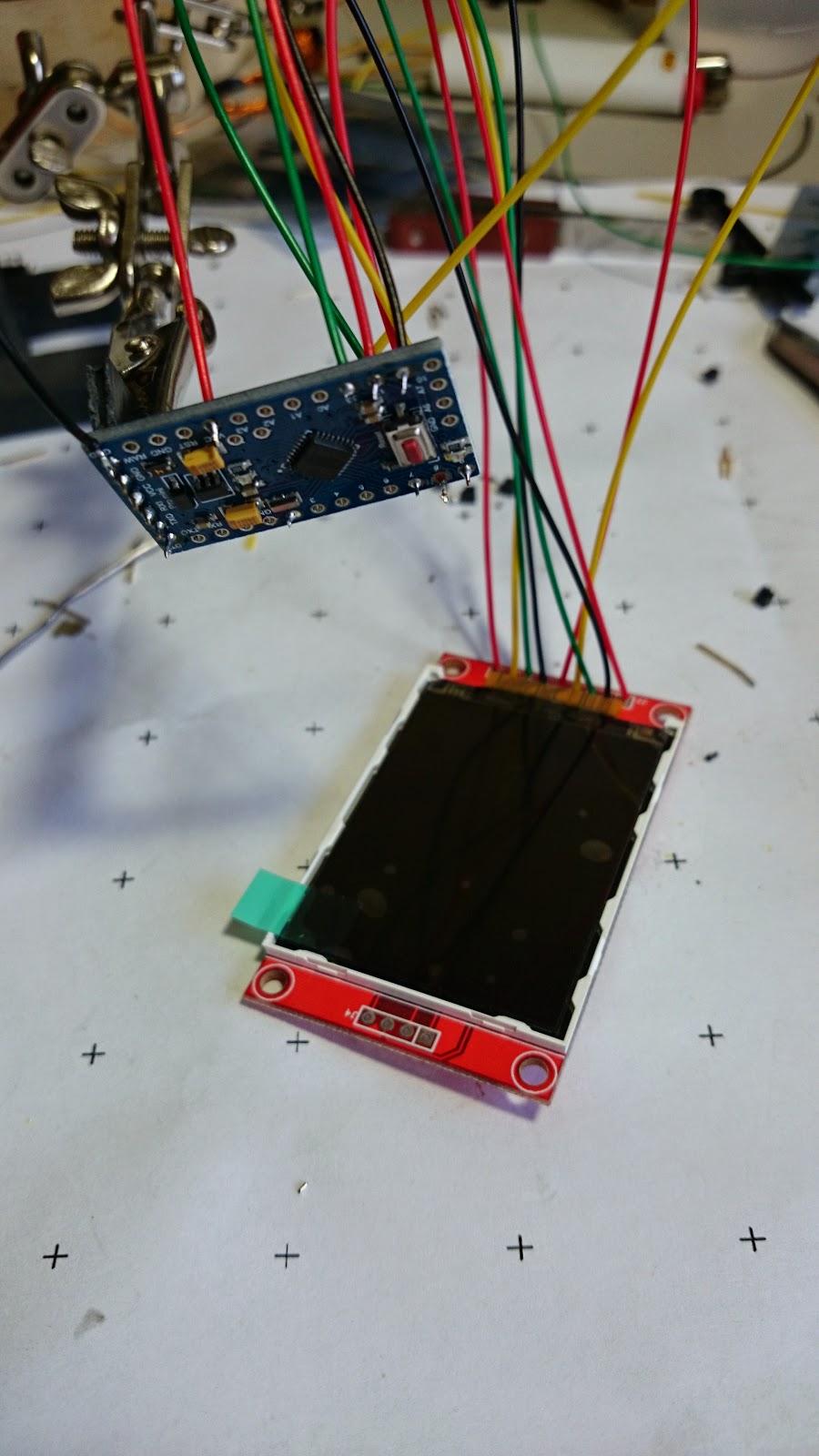 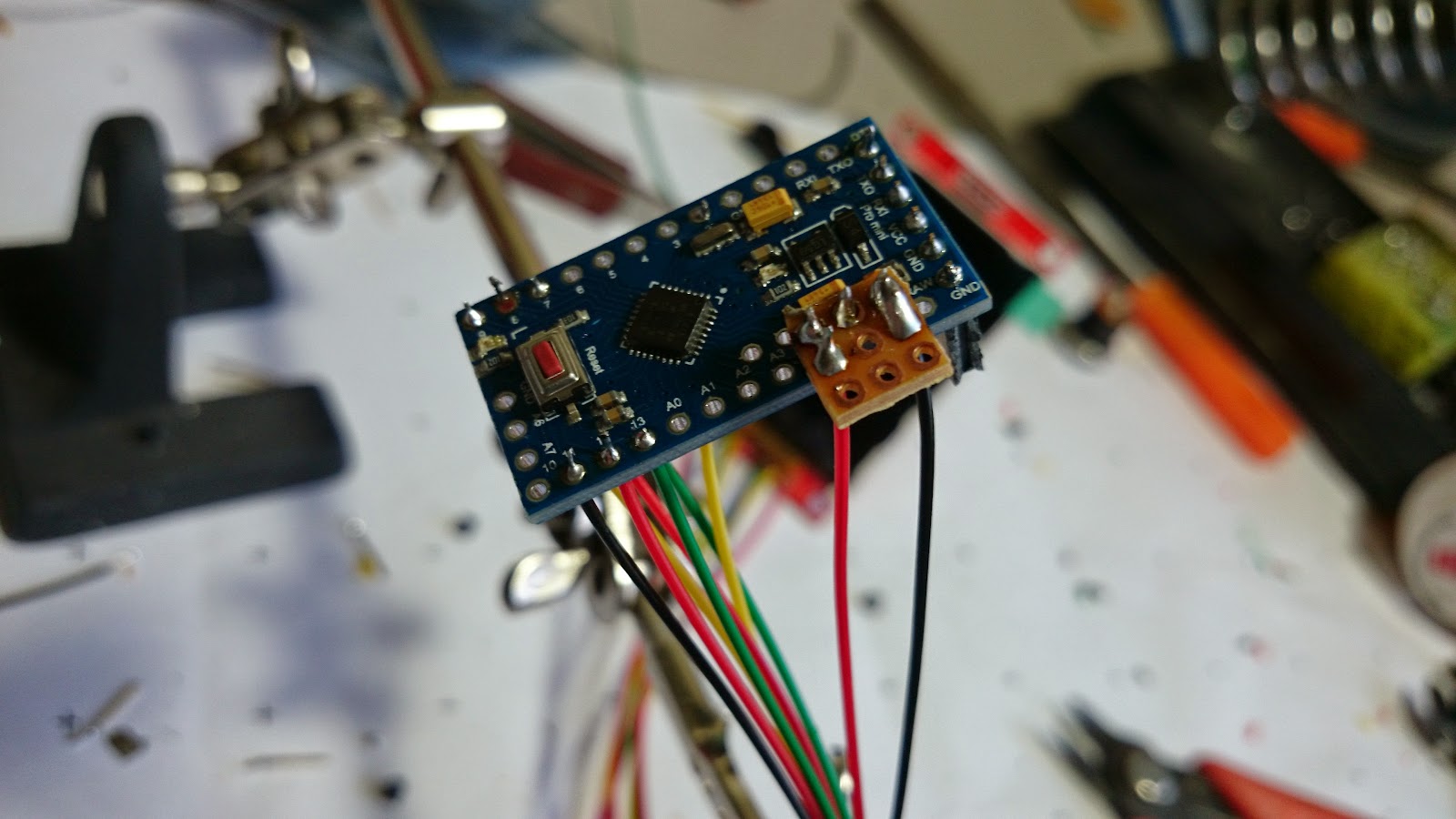 Extra terminal points on a sub assembly board

The infrared LED and muzzle simulating LED were each soldered to long wires and connected to the Arduino. The trigger used larger wires than the screen. Quick disconnect ends were put on one side so they would connect to the spring-loaded switch acting as the trigger. A stocked switch with presoldered wires was given a hole in the enclosure and soldered as a sinking input. A sinking input pulls the input point to 0V when triggered. A sourcing input pulls the input point to Vcc when triggered. Sourcing is more intuitive but sinking is supported by the internal pull-up resistors in Arduinos. 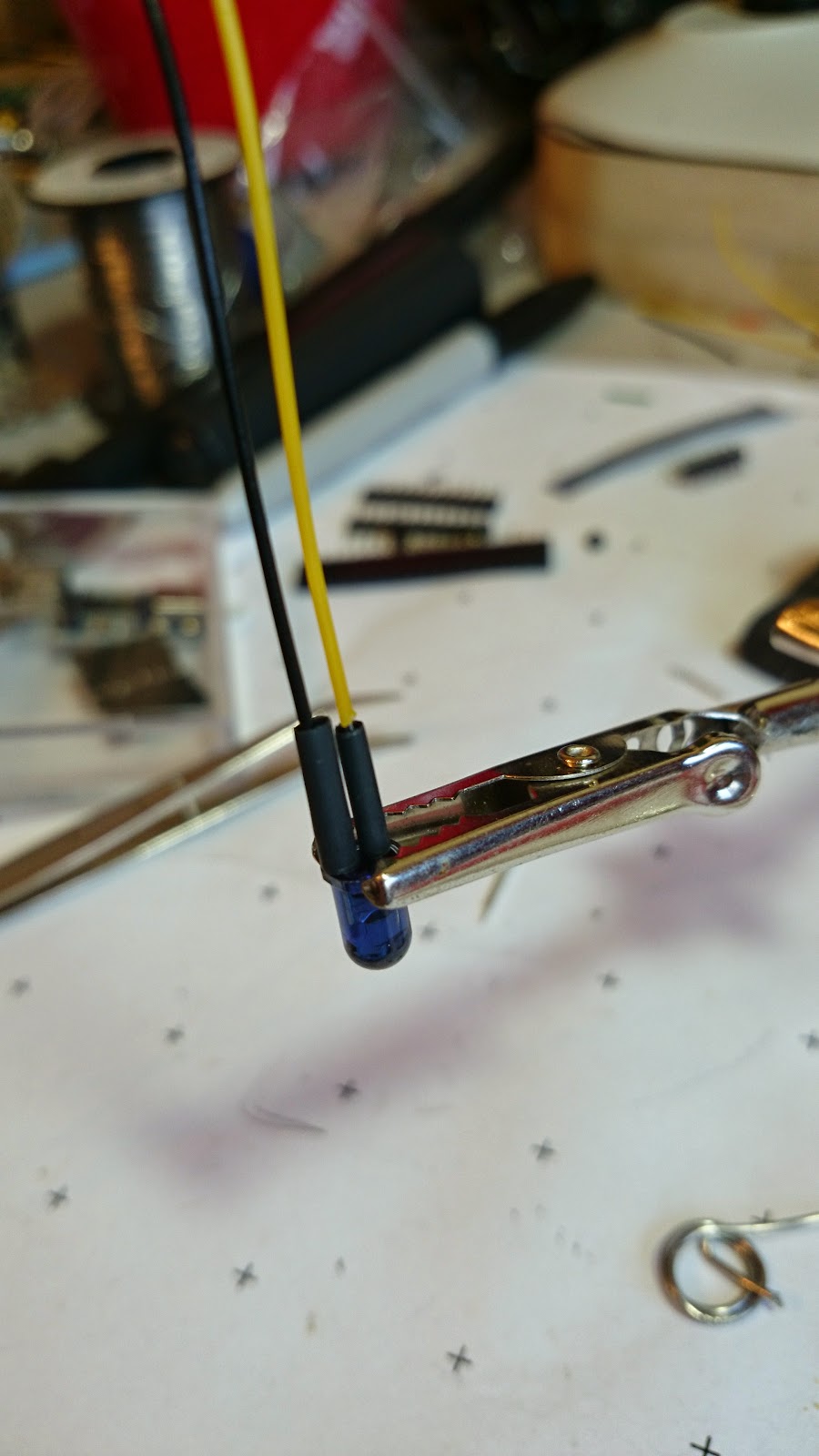 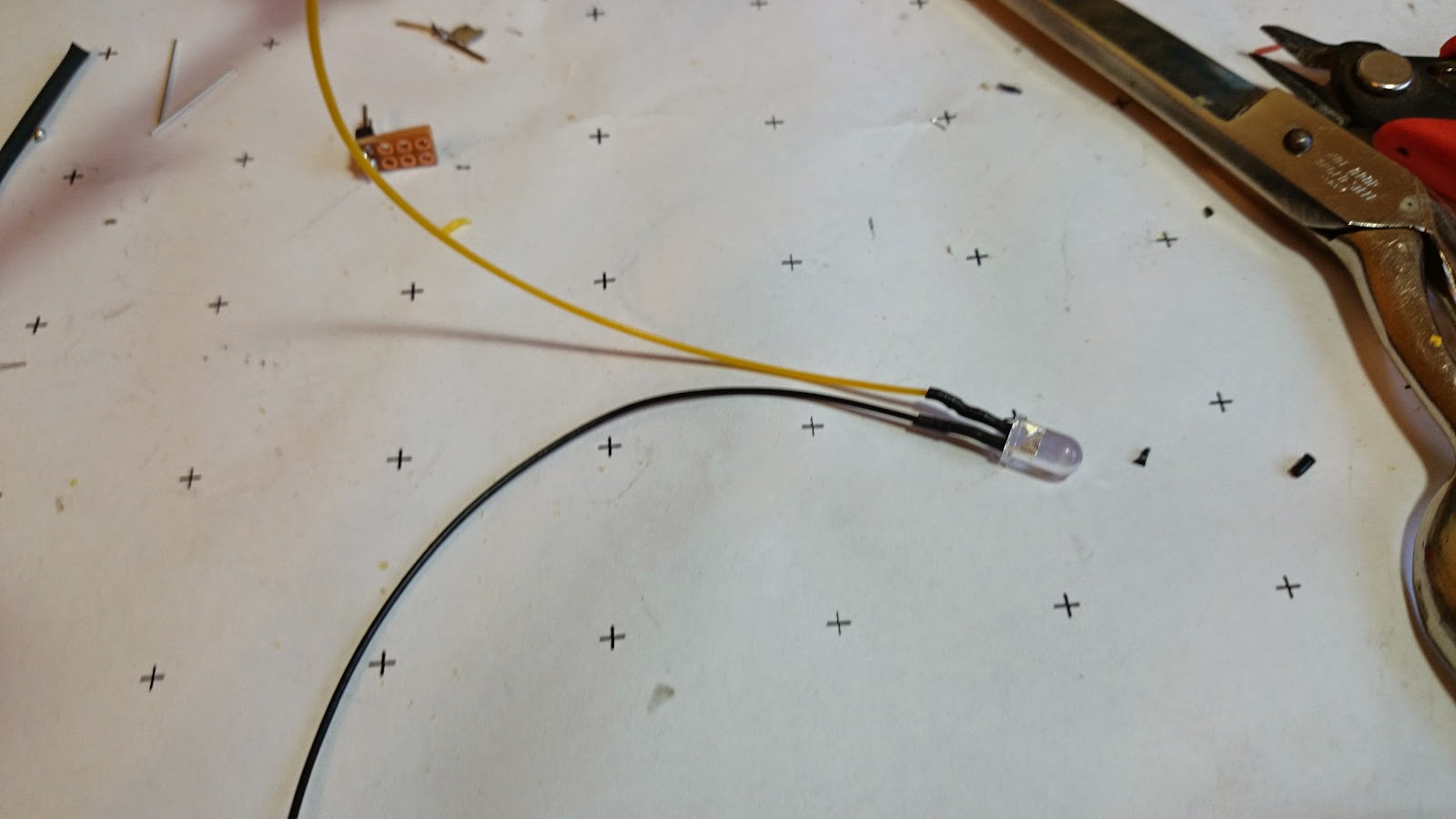 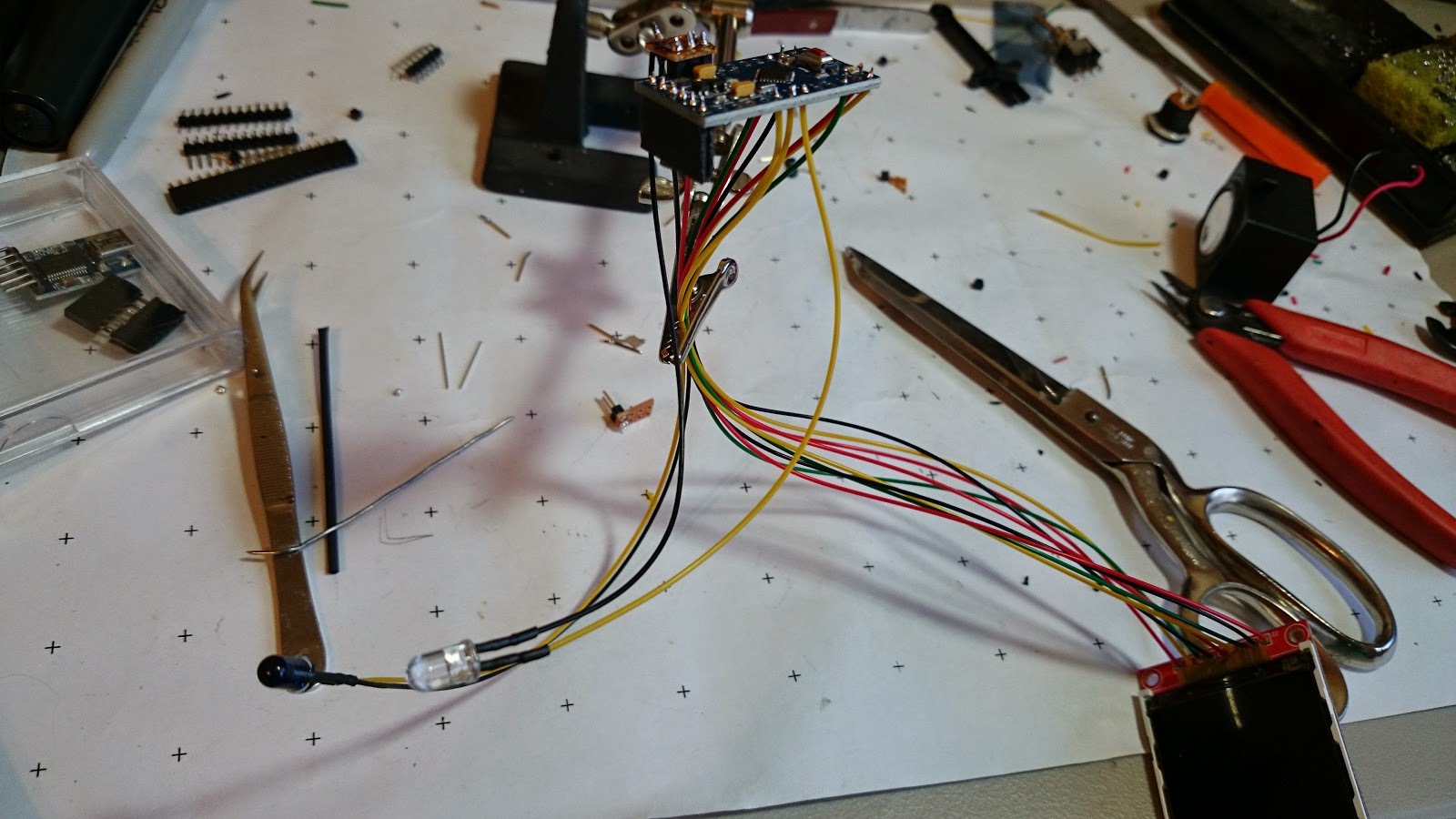 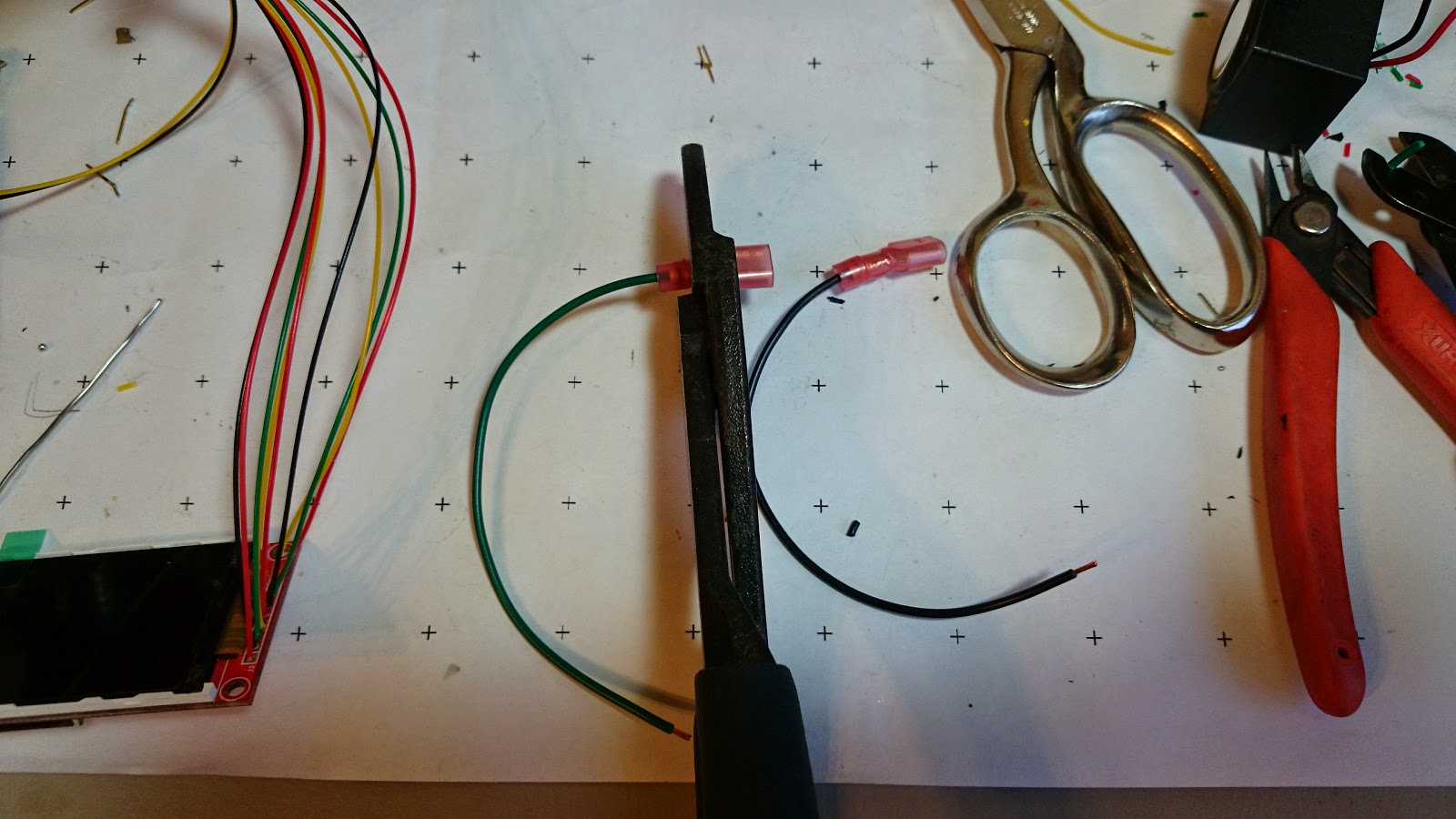 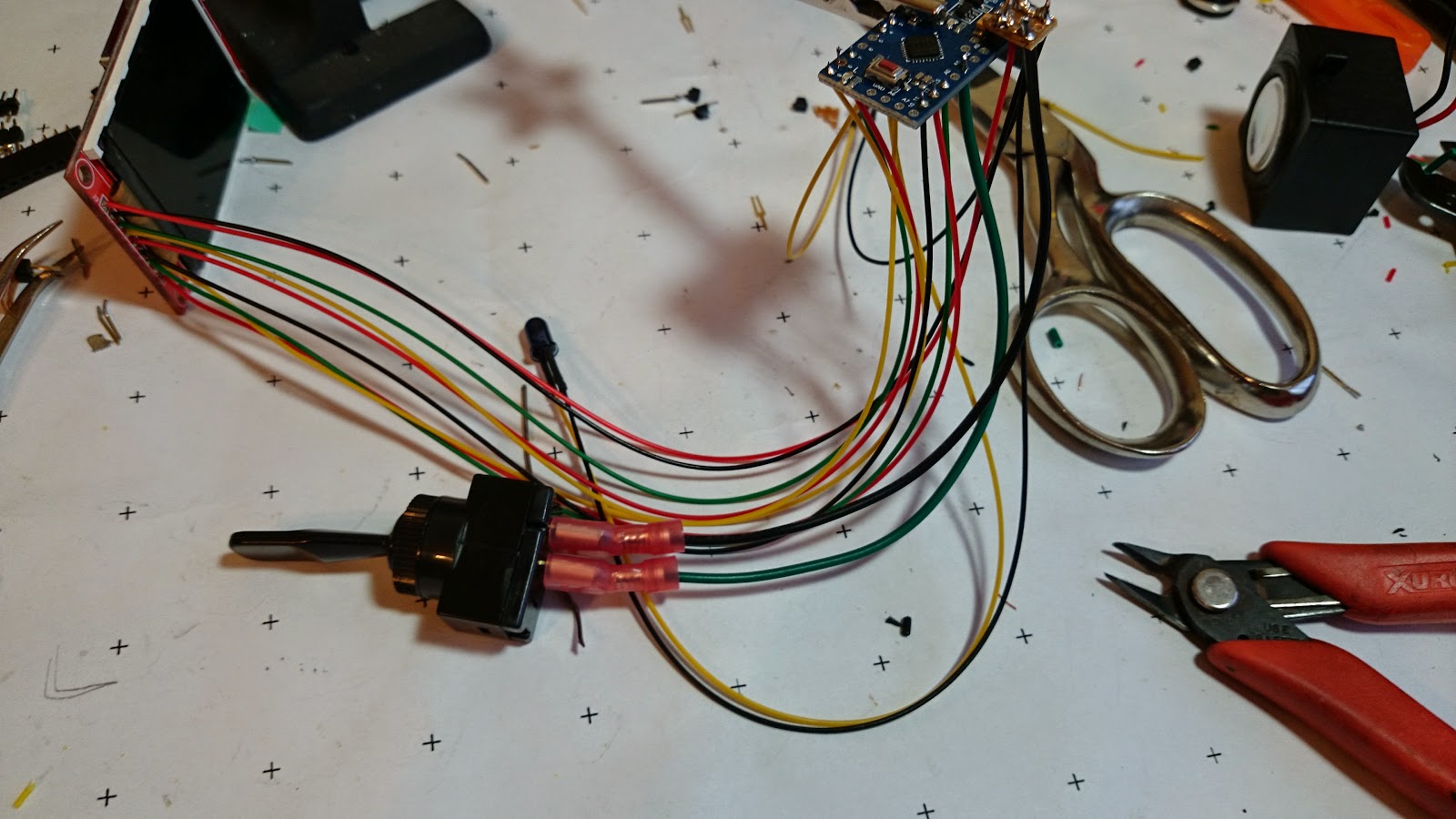 The finished tagger unit will have an RJ11 socket accessible at a convenient location but a scrap RJ11 telephone wire segment was soldered in place for testing and development purposes. 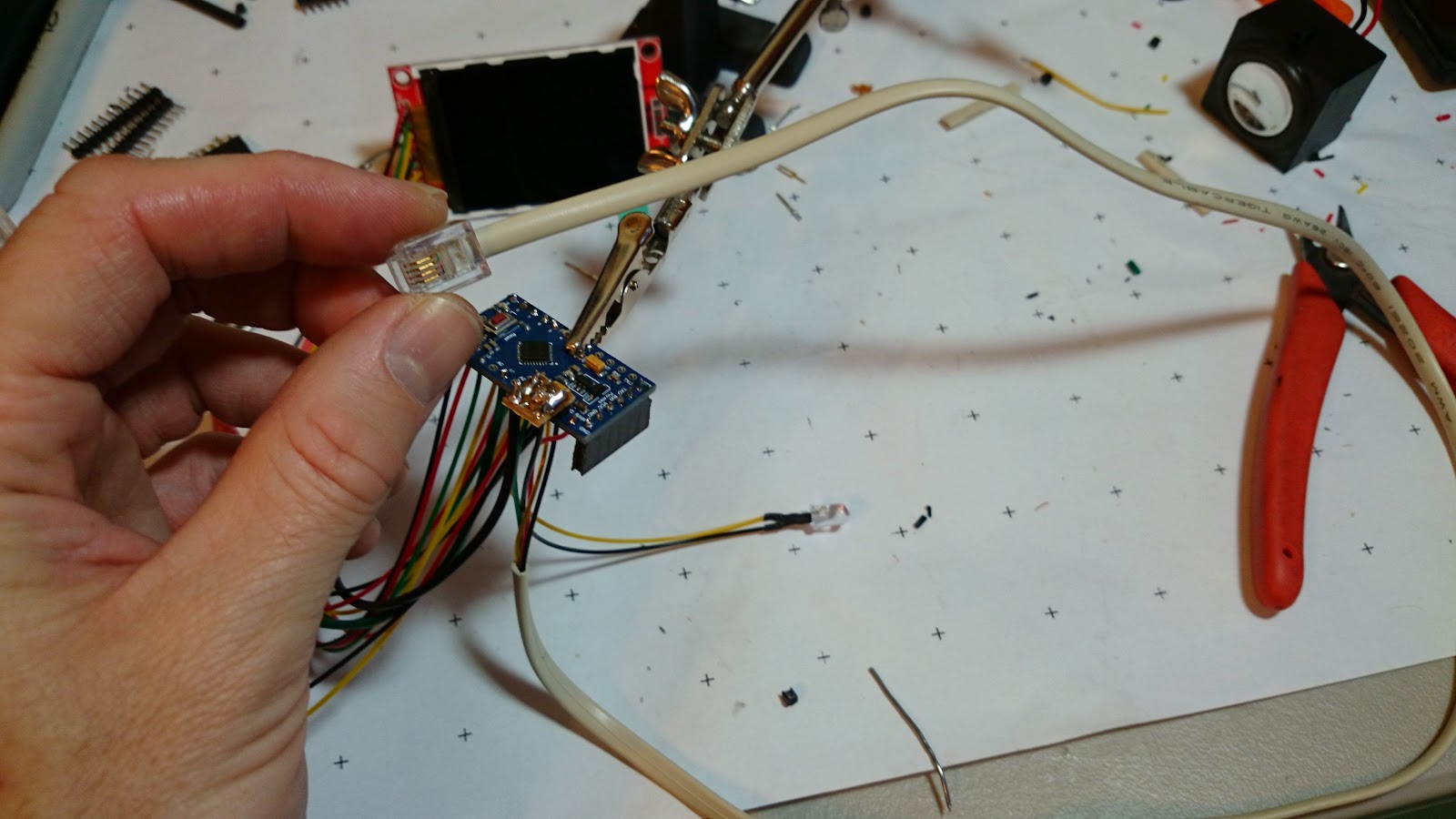 The soldered components were placed in the enclosure but not secured. The IR LED was placed through the 3/4" hole and the PVC parts were loosely fitted in place including the lens. The IR LED was fastened in place with an LED panel holder to keep it pointing forward.  The first prototype was given to Joe for testing. 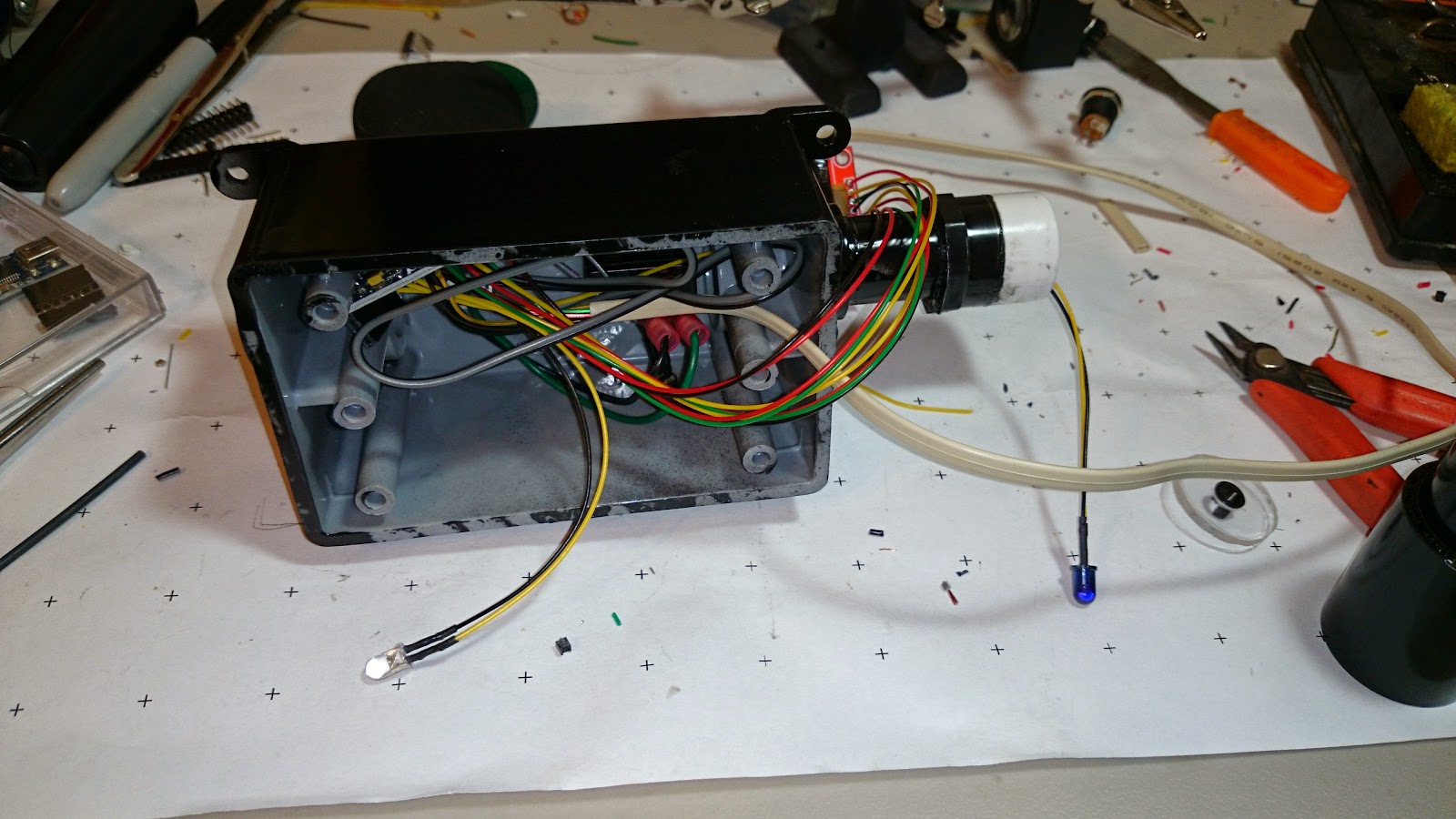 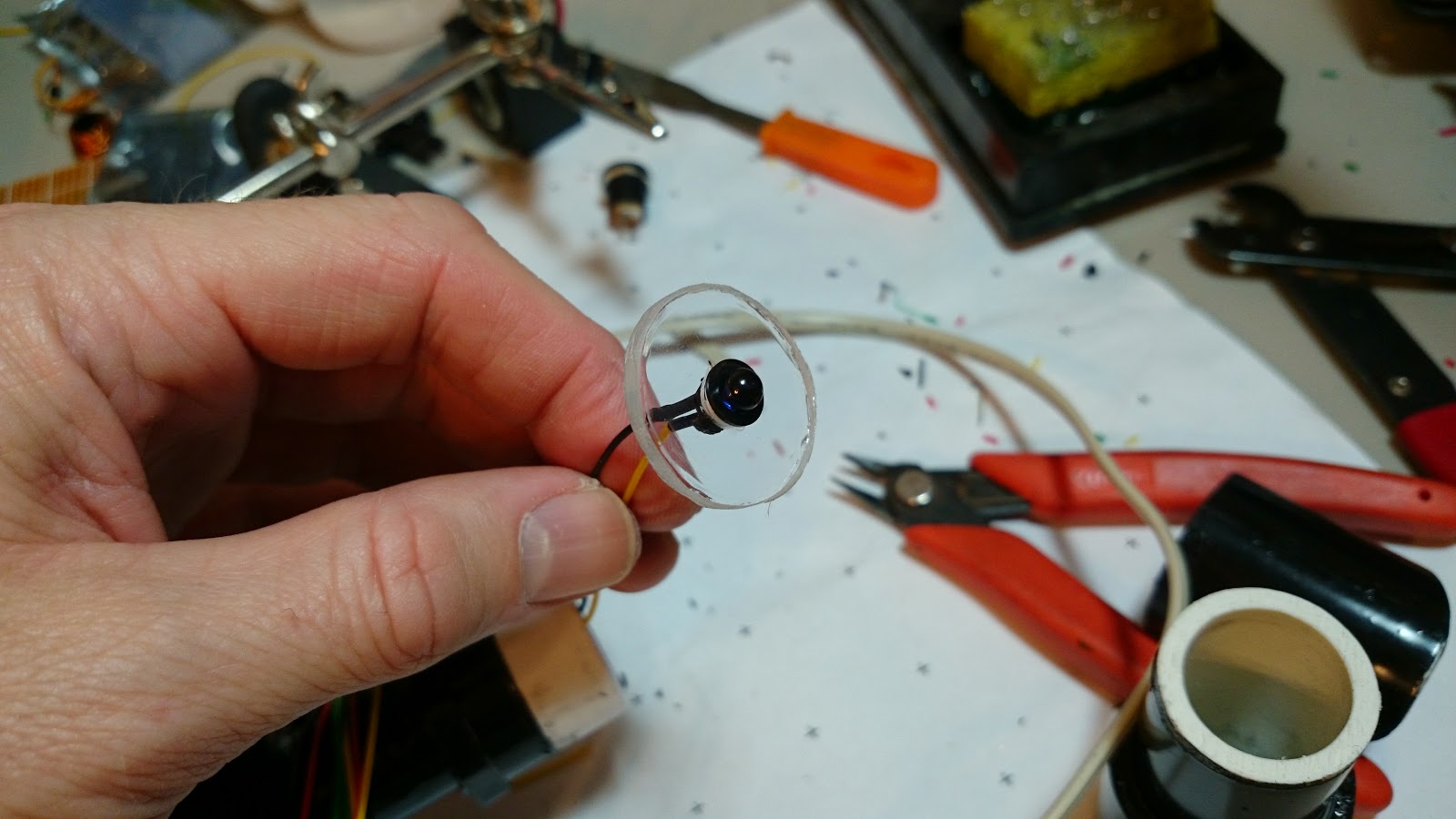 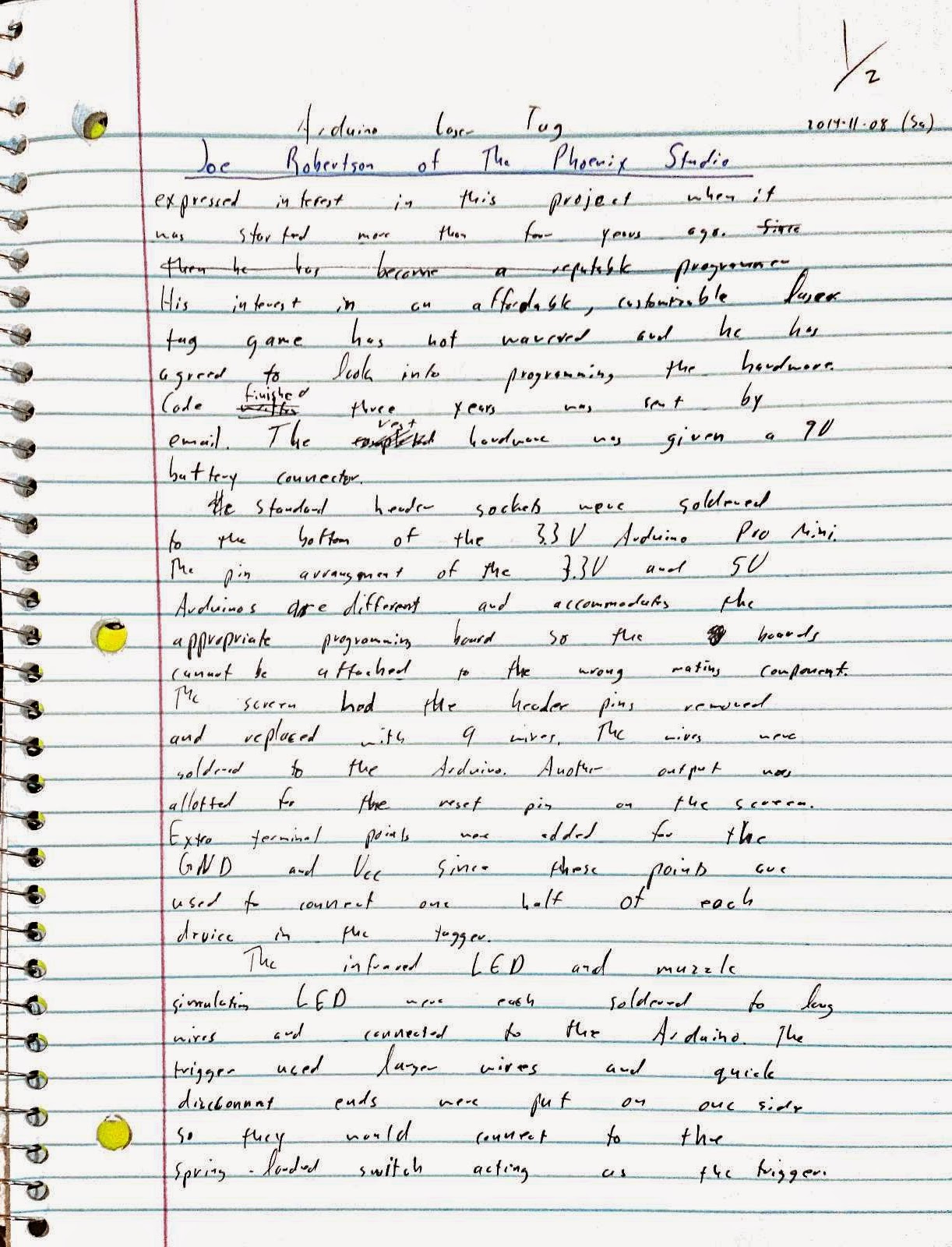 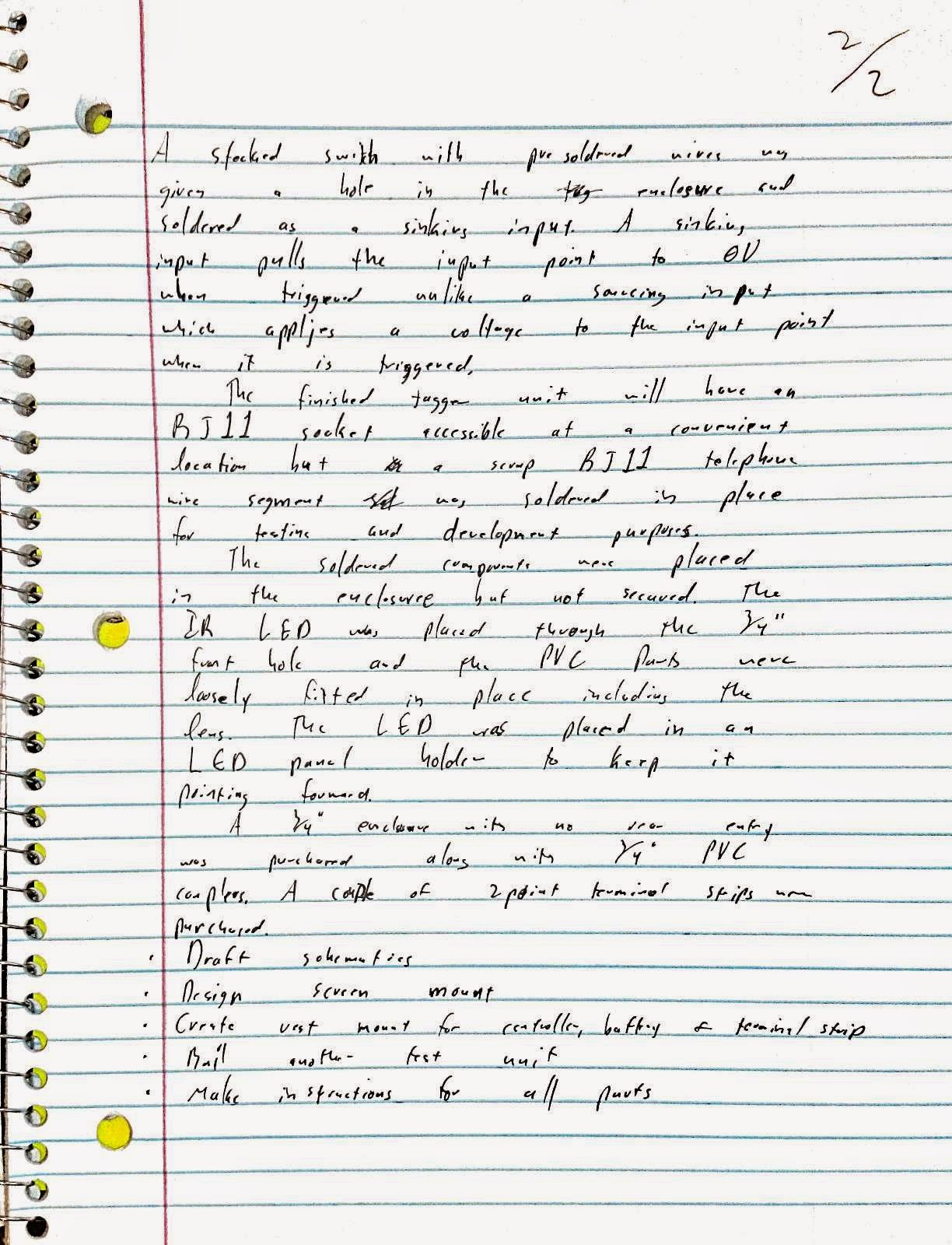