March 10, 2015
This blog is one year old today! To look back on the year I've made a list of my completed projects. They've been arranged in chronological order then regrouped as appropriate.

I also made a list of my Press STUFF. 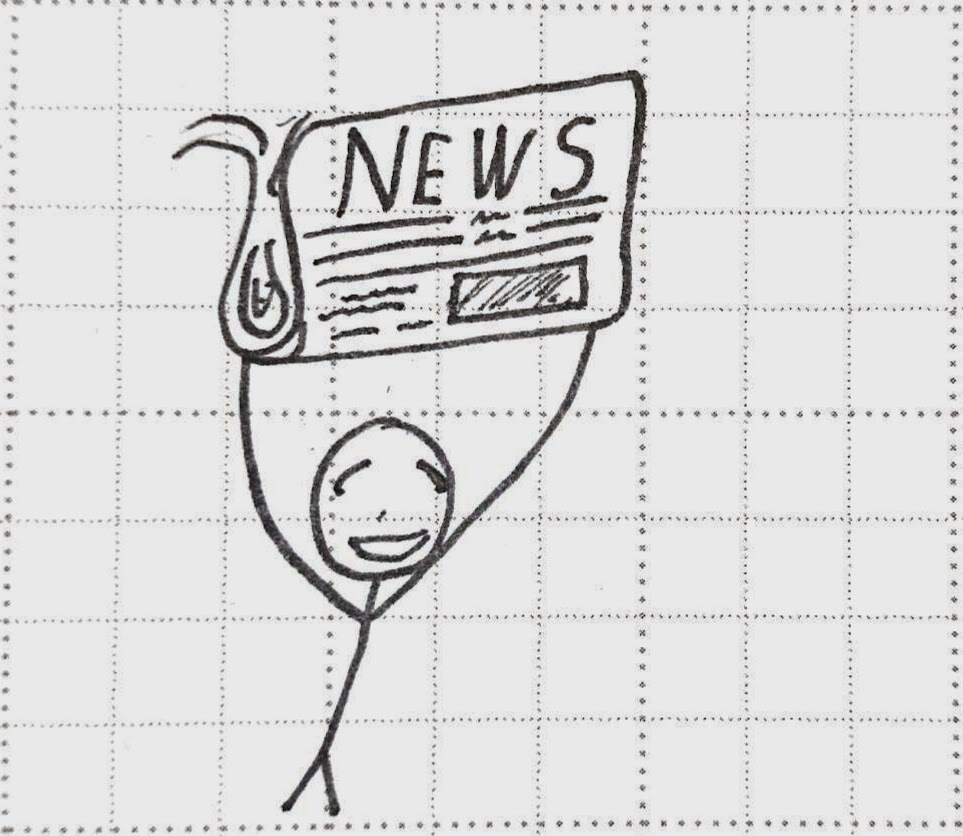 The first project I completed on this blog was the ESPeri.IRBud. This was actually the second version. The ESPeri.IRBud connected an infrared thermometer to and Arduino Mini Pro which translated the temperature to a tone. That tone would eventually fade into the periphery of a user and become another sense allowing someone to know the temperature of whatever is in front of him or her. 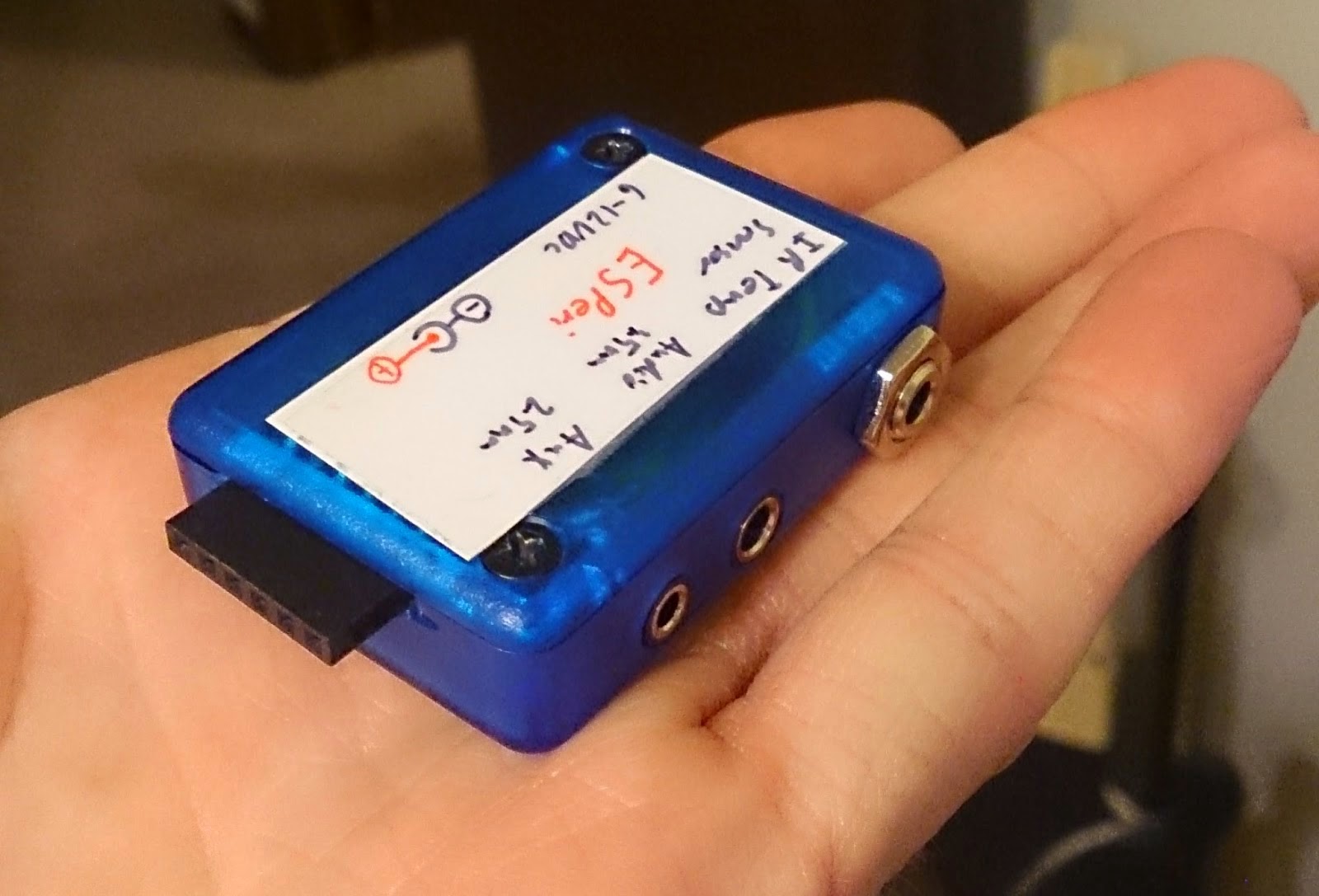 A quick project was the Microphone Shock Mount. I have decent mics from when I worked at Radio Shack and I wanted to use them for a podcasting setup. Shock mounts are a great way to eliminate unwanted noise and really simple devices when you look at them. 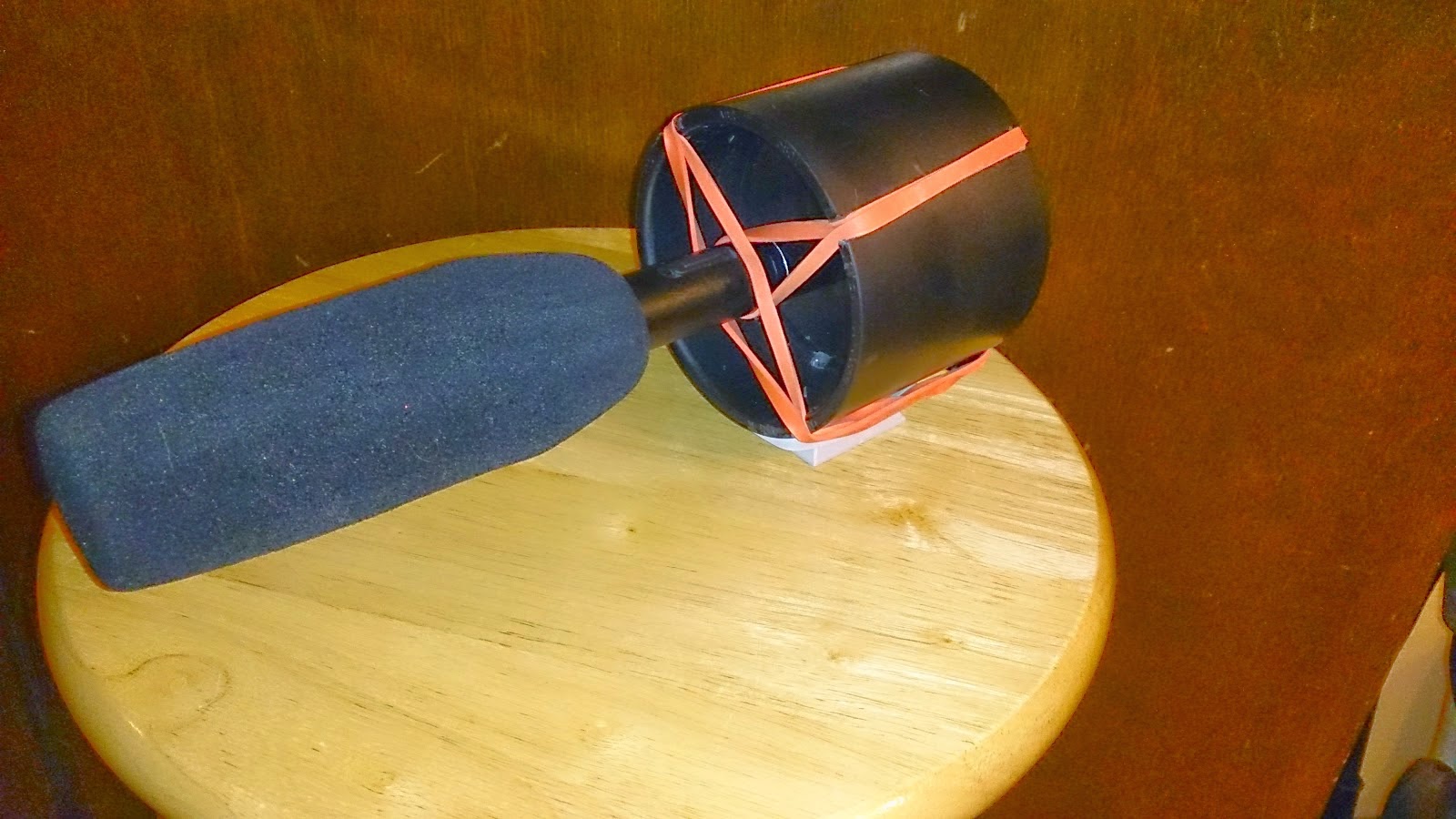 On of my most rewarding projects was the Tennis Ball Launcher because it was made for someone who could benefit from it. It was also very popular on Instructables.com.

Another popular Instructable was my Conductive Paint Experiment which is still generating comments. This project allowed for anyone to make their own cheap conductive paint for drawing circuits on paper. 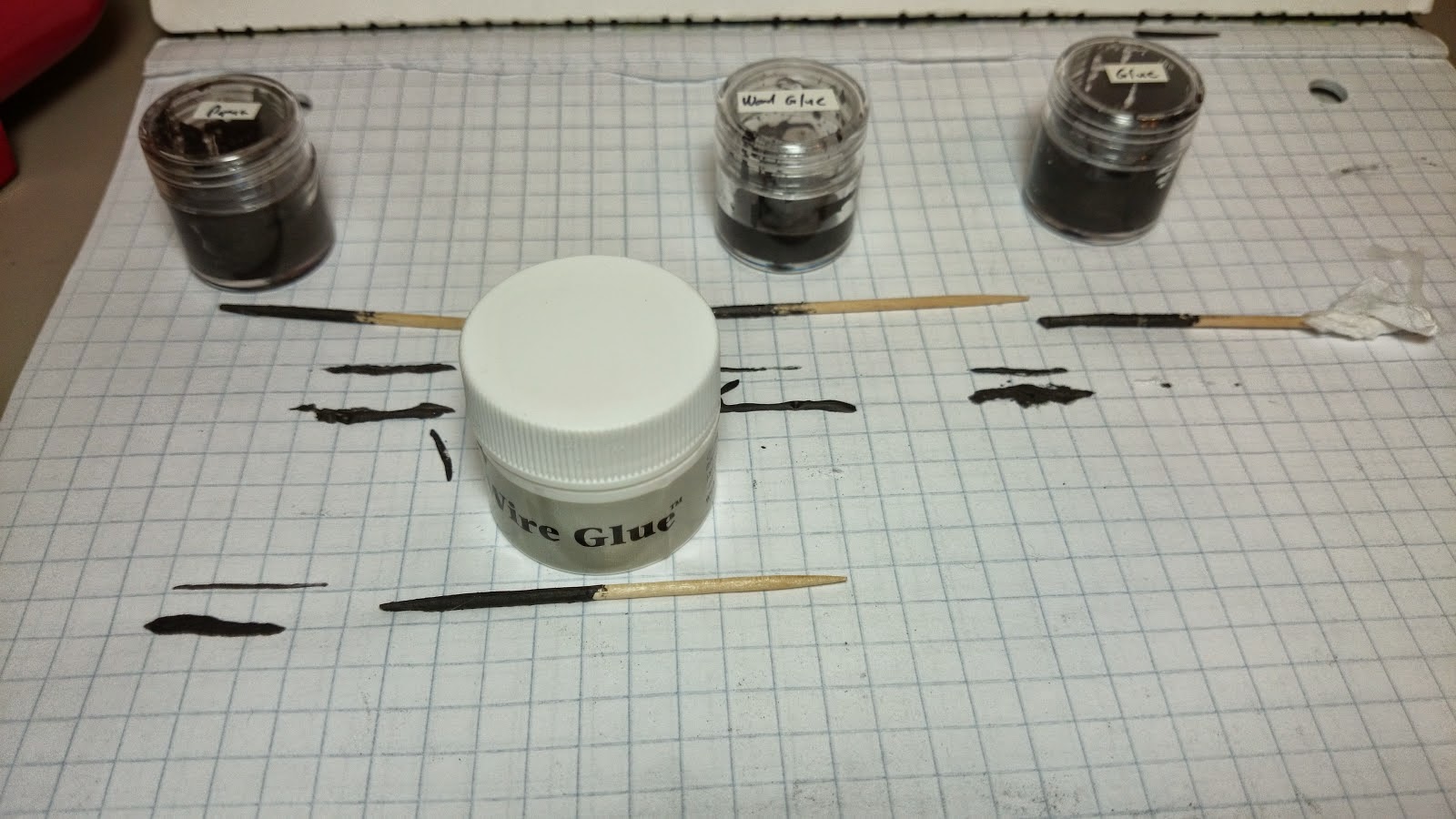 A pair of projects I enjoyed were the Sous Video Oven and the Sous Vide Oven V2.0. When I described the first one to my mom she thought it was a really neat idea so I gave it to her and made a second version. 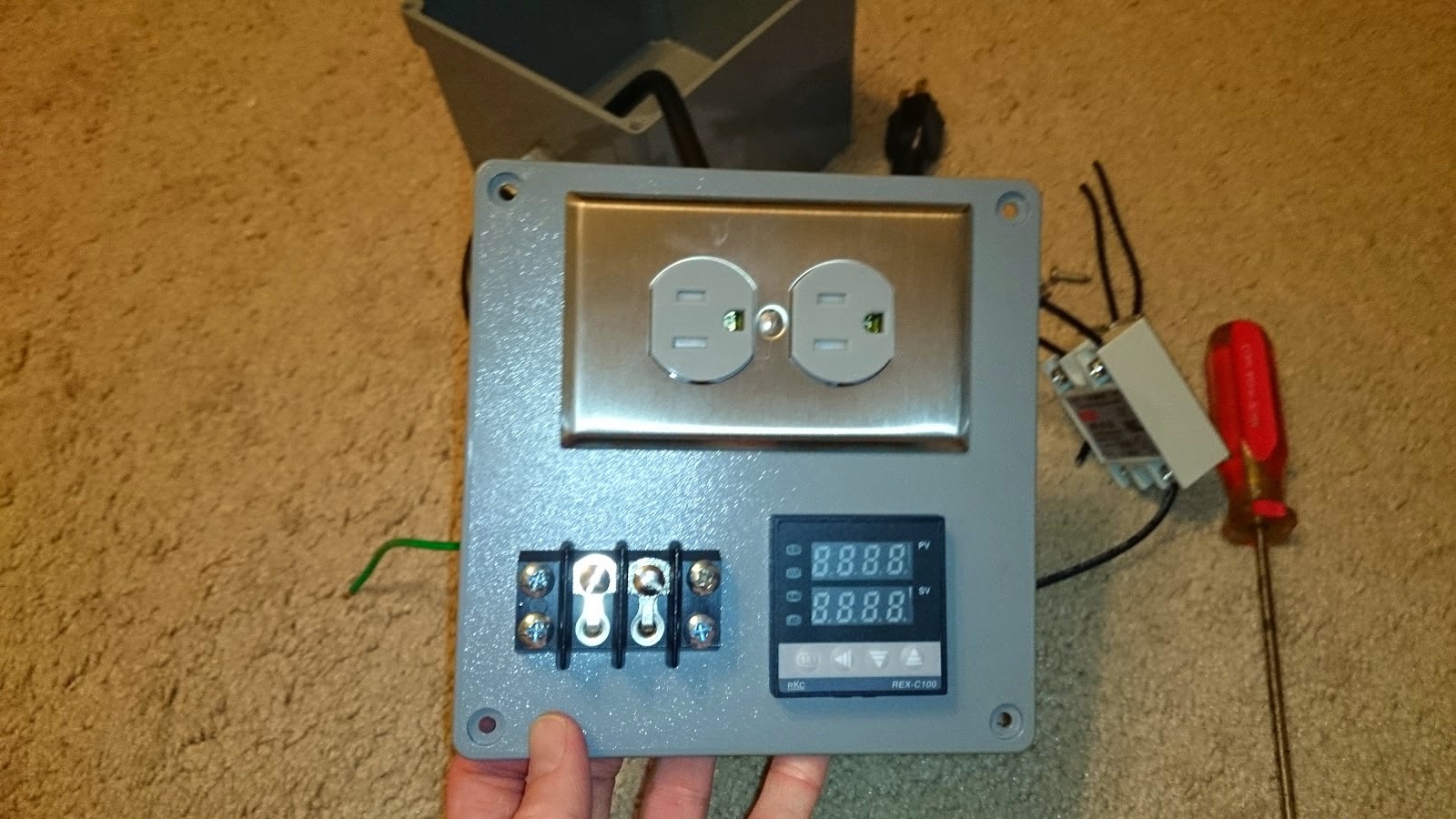 The day I saw Google Cardboard I had to order one for myself. Getting actual 3D images on my phone was such a neat idea and doing so with basic materials was really neat. That got me thinking, just how easy is it to adapt a phone to display 3D images so I built the LEGO Virtual Reality Visor which proves that it is really easy.

I fidget. A lot. To answer my call to play with things I made a Finger Juggling Ring based on a movie scene where a character is playing with his wedding ring.

Animated shots are eye catching and give a strong sense of 3D without having to download a 3D model and load it in a software suite. The Rotational Photography Rig was built to take 360° shots without having to spend lots of time
1. Snap a photo
2. Turn the item
3. Repeat

Lucid dreaming is really interesting and I've had some very intense ones but not frequently. I'd heard of simple wearable devices which reminded the wearer to make periodic Reality Checks. After getting a smart watch and looking into Tasker I combined the two. Performing reality checks didn't lead to lucid dreaming but I started to think about the boundaries of reality. It was introspective. 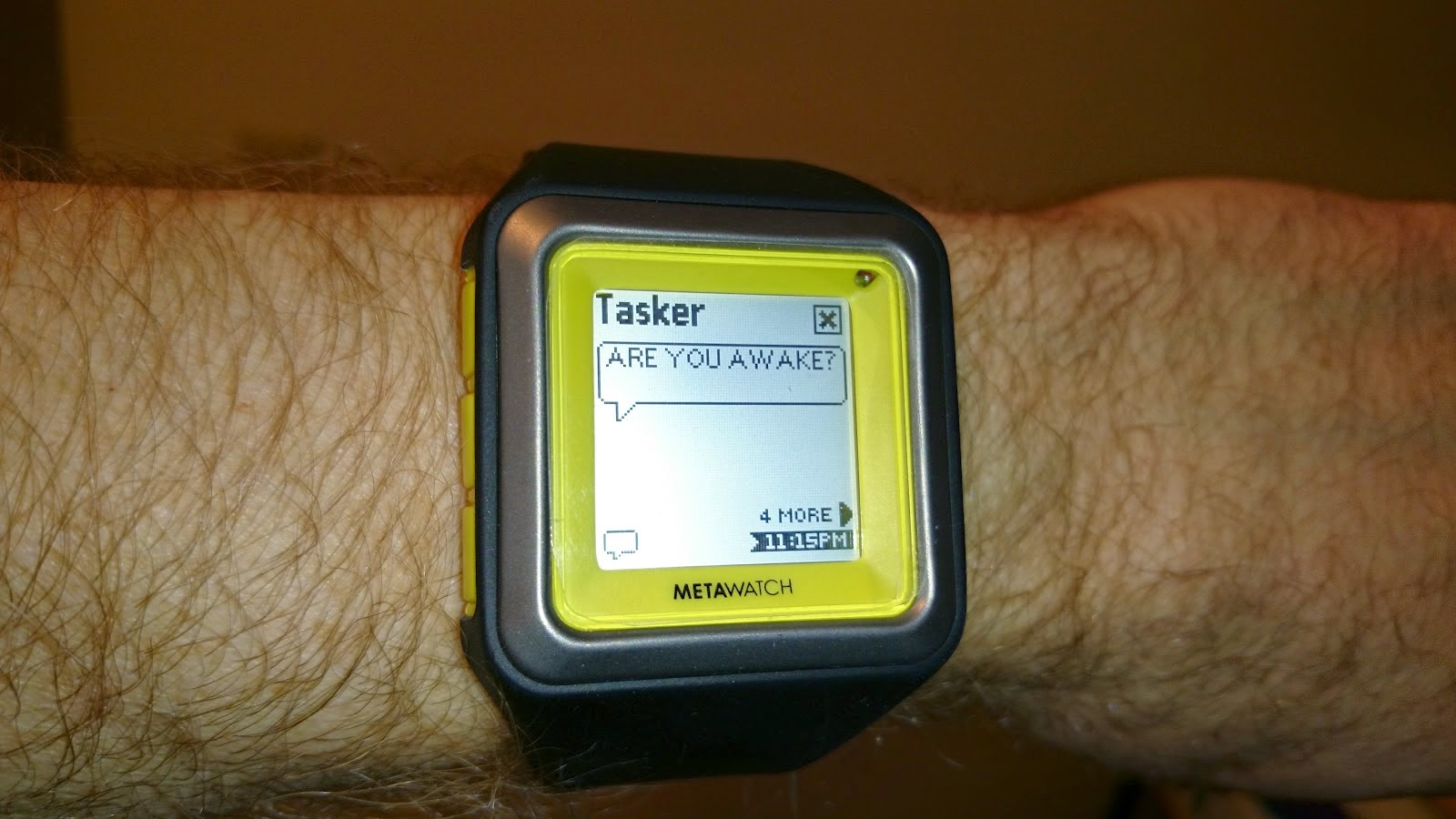 A friend encouraged me to go to IoT Hack Day where I met some interesting people including Marissa Sundquist who ran phase one of her Kickstarter for a wearable called VU by Vilucid. As of this date I am working on the electronics for a BLE prototype. 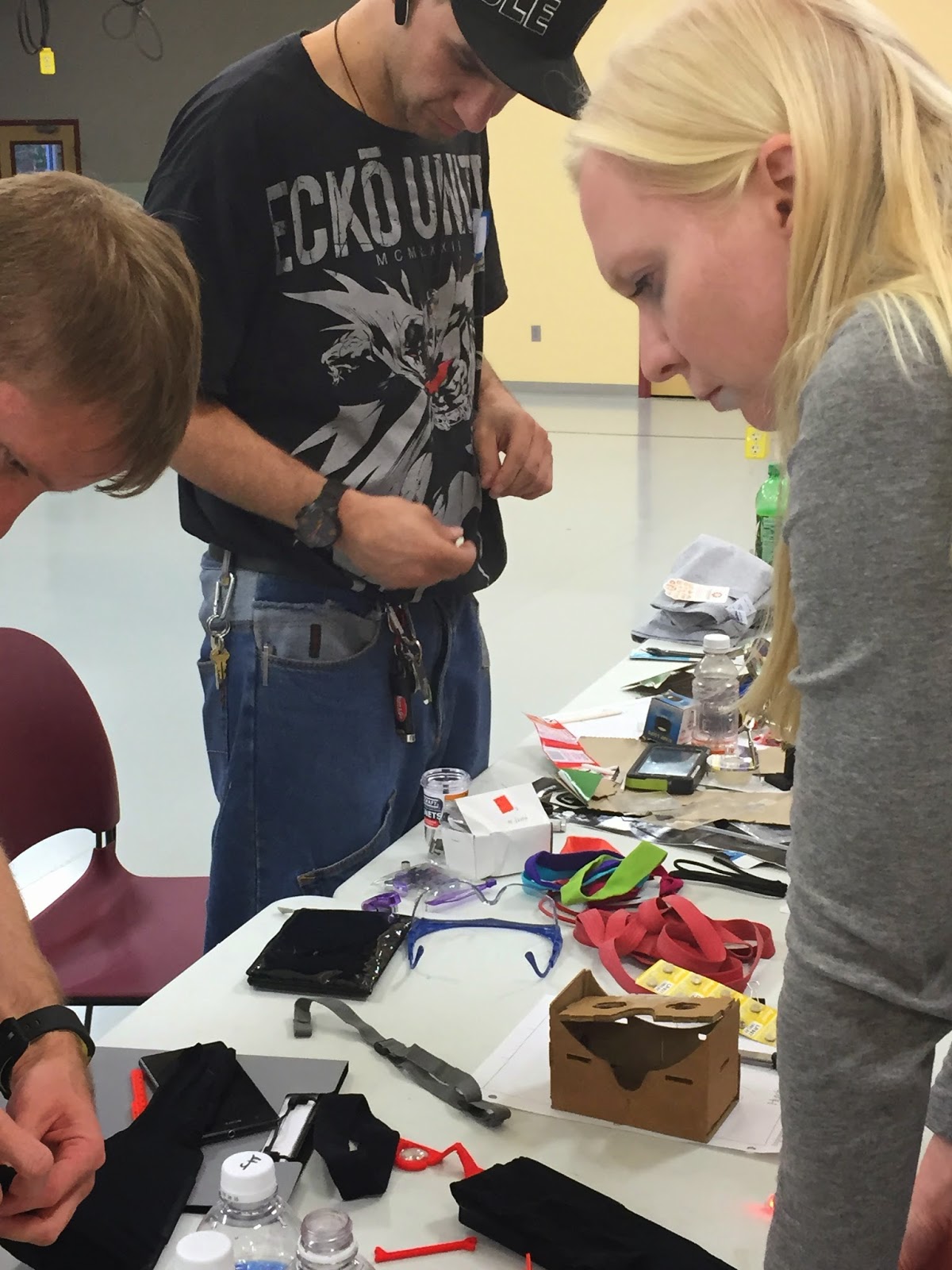 Biohacking has become pretty important to me. Specifically grinding which is utilizing implants to go beyond human limitations. For example I've gained the ability to sense magnetic fields with my left hand. Only a handful (pun intended) of people can do this. I've reached into electrical panels at work and known exactly where electromagnetic noise is coming from. I have a magnet in my left ring finger and another one in my left index finger.

Another grinding implant I underwent was my NFC Chip Implant which I use to secure my phone. This is plenty of security for my phone which is so beat up that it isn't worth stealing and the data on it isn't terribly sensitive. It also gained me some attention at CES 2015. CES Cojo red carpet interview.


Combining my organic nature with smart implants upgrades me to a cyborg. I was on a panel at a recent con so I made myself a CYBORG shirt which advertised who I was. 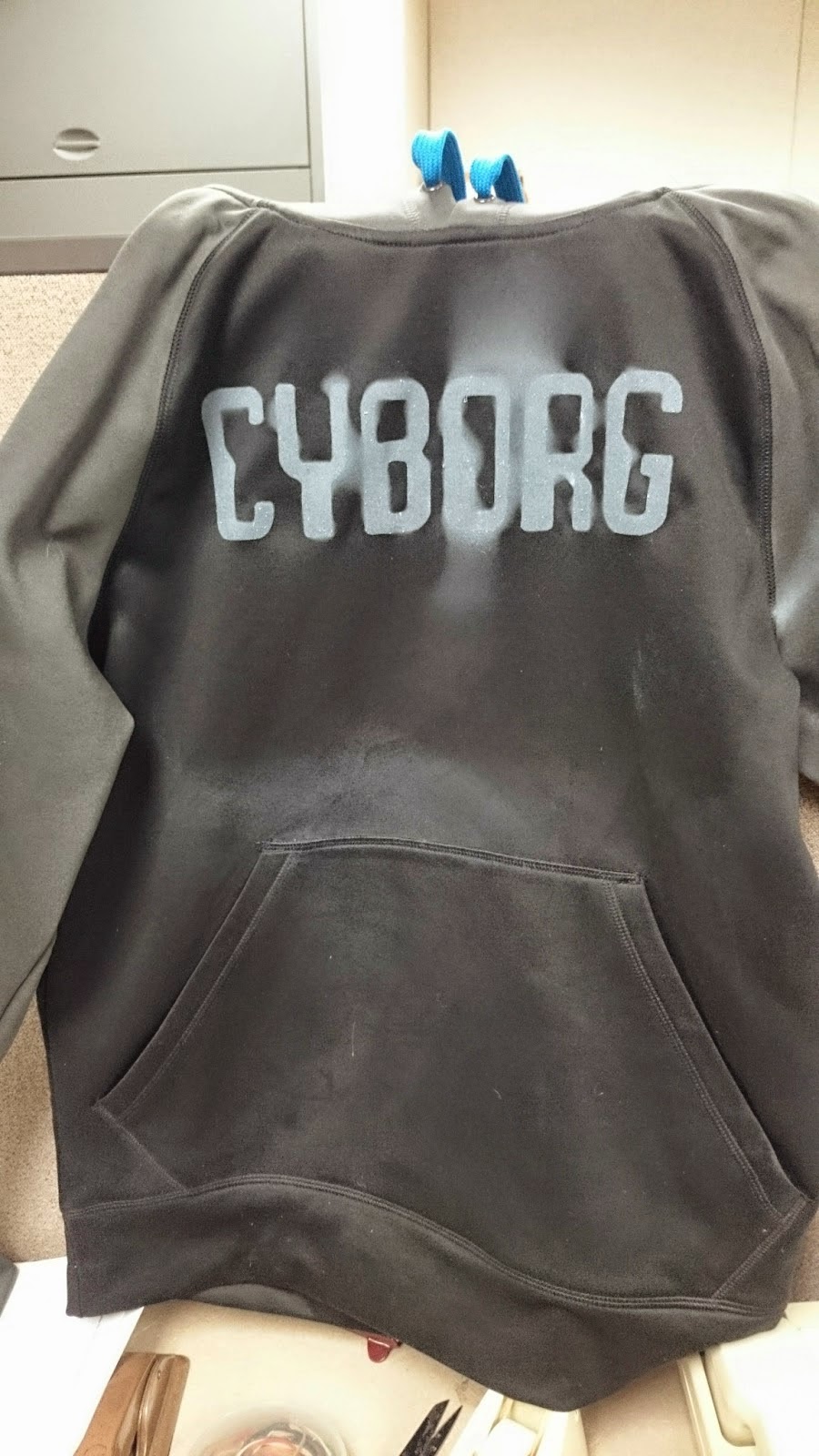 While building a tDCS Unit I decided it would be useful to have DIY Helping Hands Unit so I made quick instructions for some from parts that were easy to find and inexpensive.

Not everything I make is wholesome. The Sinister Laser Tag Repeater was designed for cheating at laser tag. Granted, the group I play laser tag with is known for bending the rules. And I'm usually the worst. 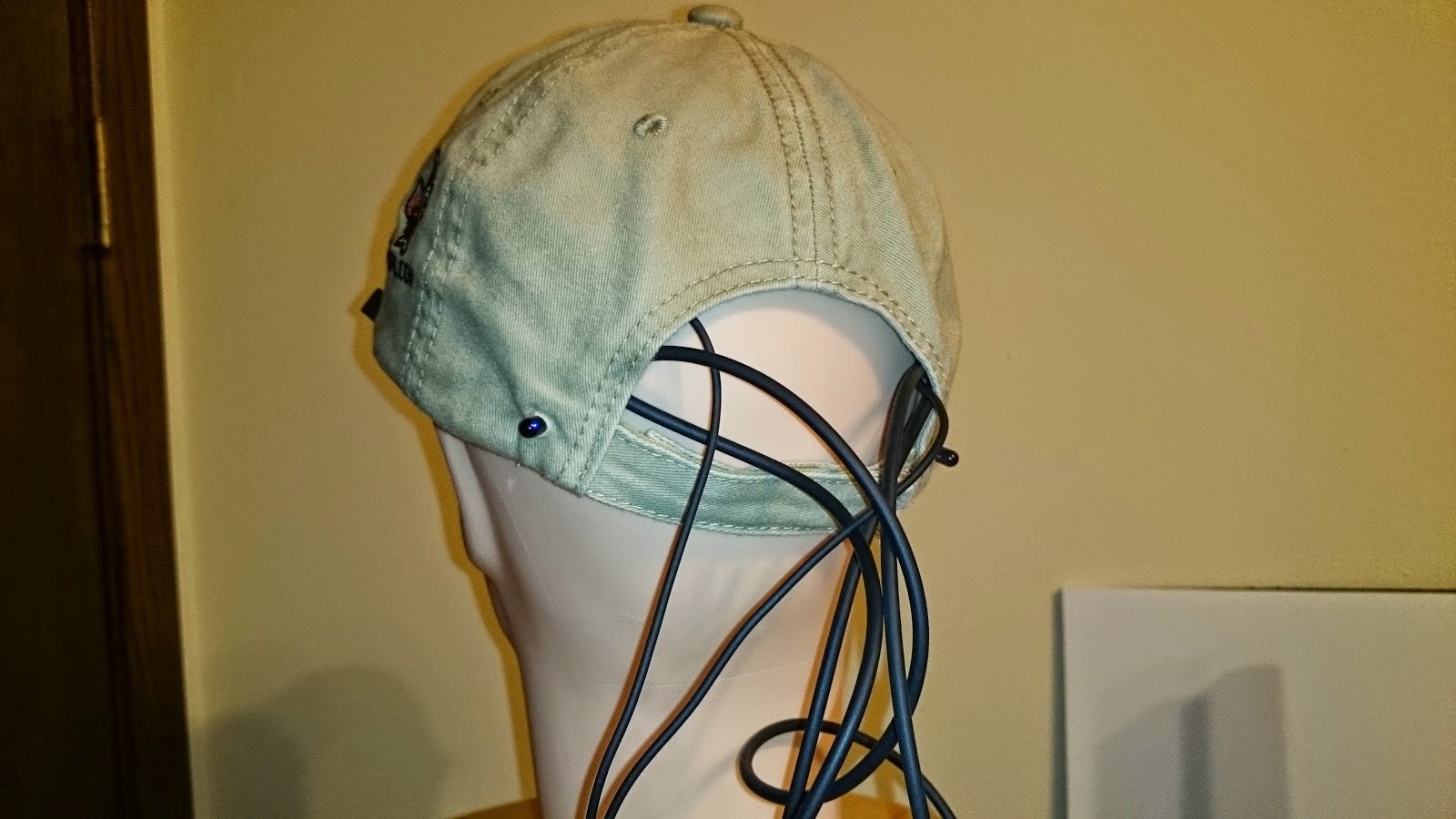 I enjoy cooking. I enjoy nachos. I enjoyed making a blog post about making nachos but not the traditional kind. Holiday Nachos are my healthier take on sweet nachos and they look festive. 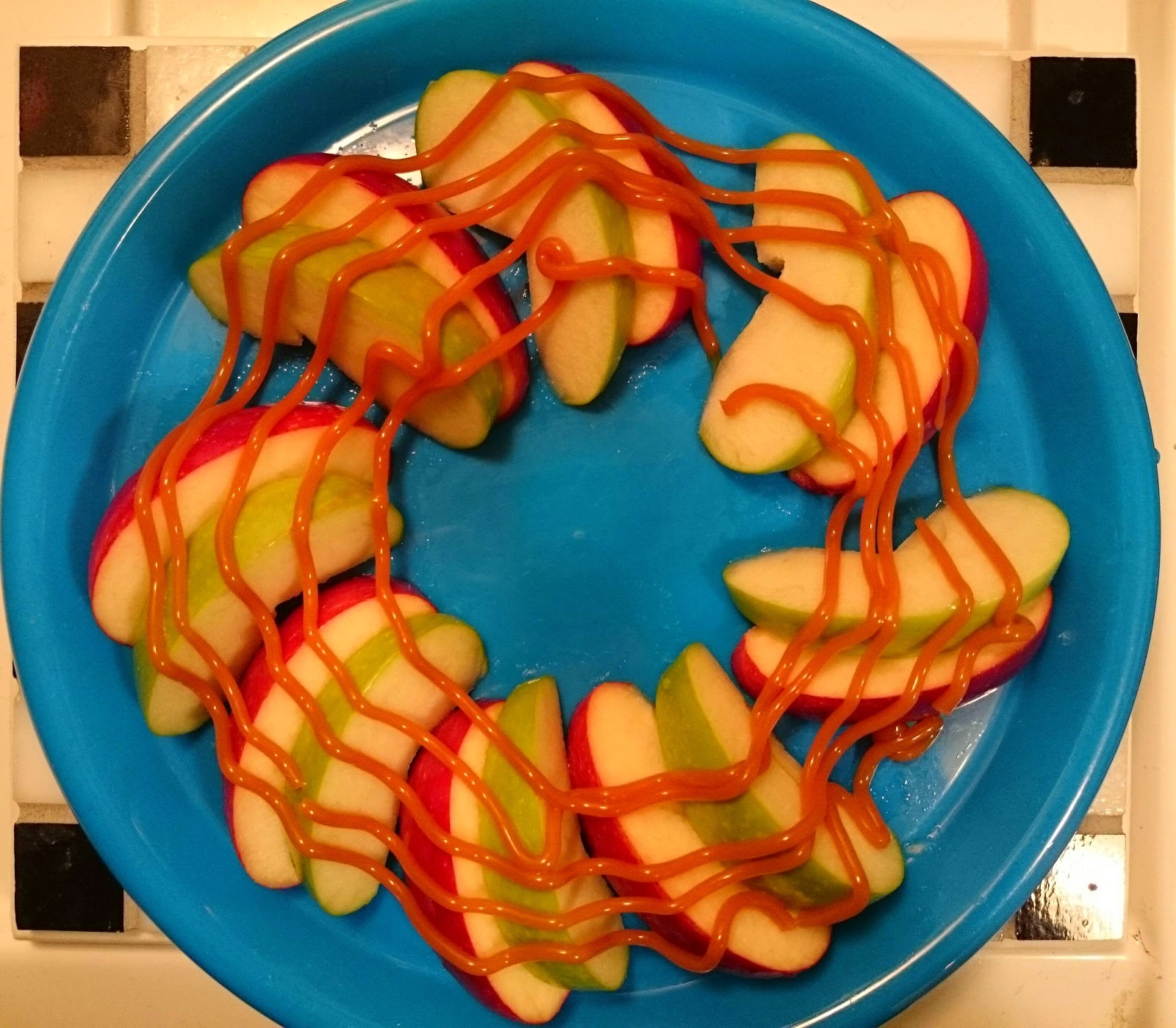 I use a lot of Arduinos and I'm a big fan of the Arduino Pro Mini which can be ordered in 3.3V or 5.0V packages. As such I can either buy two serial adapter boards but it made more sense to modify one to make the Switchable Voltage Serial Adapter. 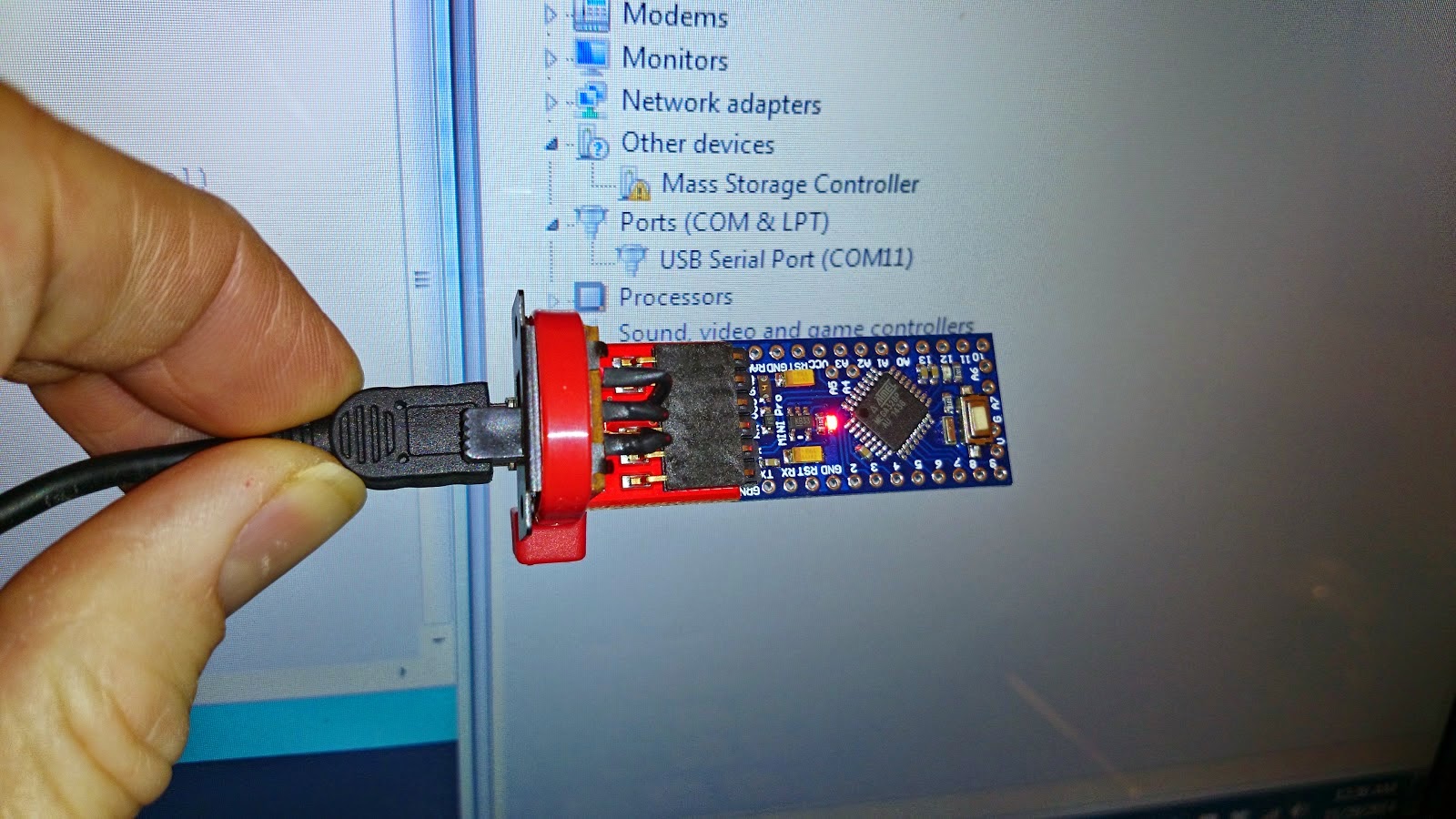 After getting a 3D printer I was anxious to see it output something. While experimenting with different modeling programs I made Board Game Pieces which are supposed to resemble little Erlenmeyer flasks but look more like Sorry! game pieces. 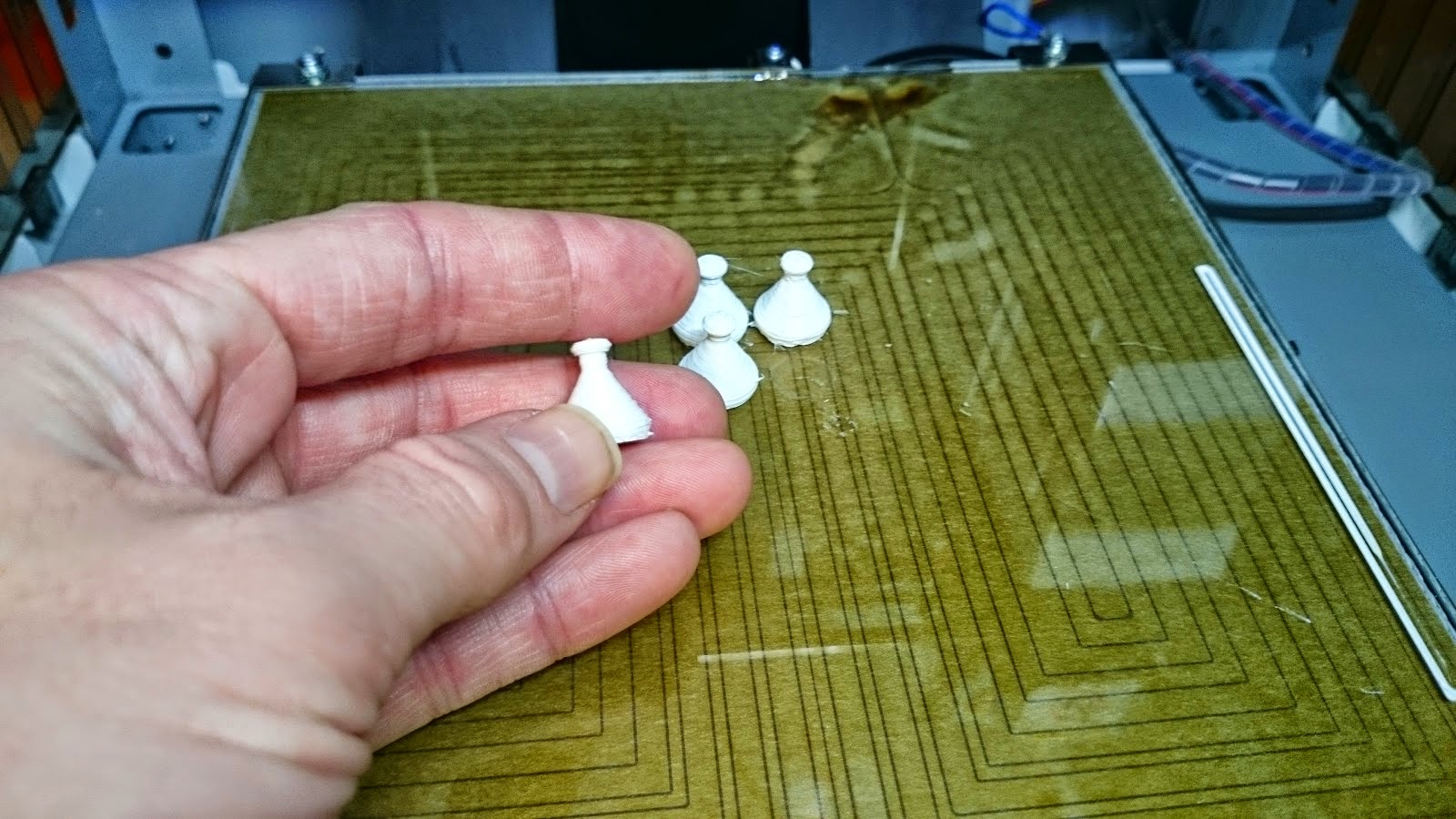