March 16, 2014
As explained on the 10th, the ESPeri devices are meant to give humans more senses.  And I still don't have a good name for them.

This device was started awhile ago.  The device here is actually the second prototype.  The first prototype was posted to my Facebook on 20140120 (M).

Simply, an Arduino Mini Pro reads the temperature from a narrow-beam infrared thermometer.  The Arduino translates that temperature to a frequency you can hear.

The code for reading the temperature was taken from bildr.  The rest of the code was written by me.  The second prototype has two major differences.
1.  It is not mounted and exposed on a pair of dollar store sunglasses frames.
2.  There are extra attachments.
Instead of only translating the temperature to sound there is an option of using a servo motor, a vibrating motor, or even a chattering relay.  My favorite is using a NeoPixel with a flashlight body.

I am not going to go far into this because my next step in this project is to publish all the documents necessary to reproduce it.

Enough background.
----------
Some experimentation was done by wearing the unit with the ear mount.

The plugged ear was sightly problematic.  An idea was conceived to attach a bone conduction transducer to an elastic headband so the transducer sits on the occipital bone.  This is where the strap of a non-fitted cap rests.  It would e preferable to do with with a behind-the -neck headphone structure.

To do:
• Make video with sound
• Gather materials
• Publish 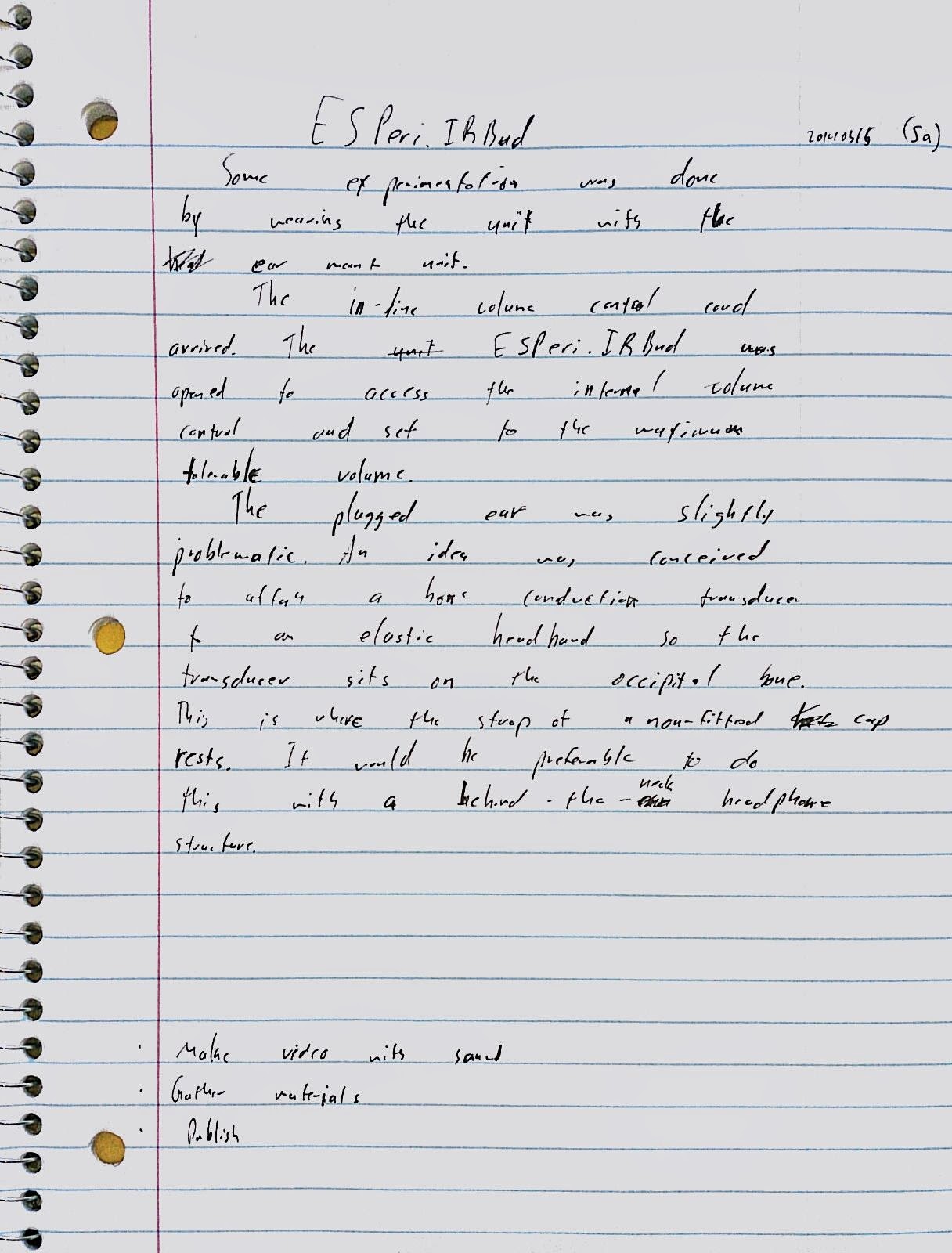