March 20, 2014
I realize that calling this a keyboard is misnomer.  It has keys and I looked at the boards but this is hardly recognizable as a keyboard.  Then again, I don't know how people would search for it since 'keyboards' are what you type with.  I'll let the misnomer continue.

As near as I can tell all the parts I will need at my apartment.  The biggest thing holding me back is the daunting code.  I have never used the MCP23008 chips which convert eight I/O points to serial data and I've never used a serial data connection on an ATTiny85 which is the chip used on the Digispark and Trinket.  Each of these are unknown factors and I don't know to test them separately so if something goes wrong with one I can't point directly to the problem.

I also got a haircut today.

Enough background.
----------
The handles were scoped for button placement.  The right handle had a white label applied and marks were made on it where fingers rested comfortably.  Another label was applied to mark the location where the thumb rested comfortably.

The mapped spots were drilled with a pilot hole using a precision finger drill.  The holes for the button caps will be drilled with an 11/32" drill bit.

The holes for the TRRS 3.5mm headphone socket were piloted as well.  Those will be drilled with a 3/4" drill bit.

The switches were placed on the stripboard to test placement when it became apparent that spacing was limited to the hole placement of the stripboard (0.1" spacing) more than preference since a custom PCB wasn't being made.

To do:
• Cut stripboard for buttons and MCP23008
• Pilot and drill holes in enclosure according to stripboard
• Assemble handles
• Construct µcontroller module
• Program, test and debug 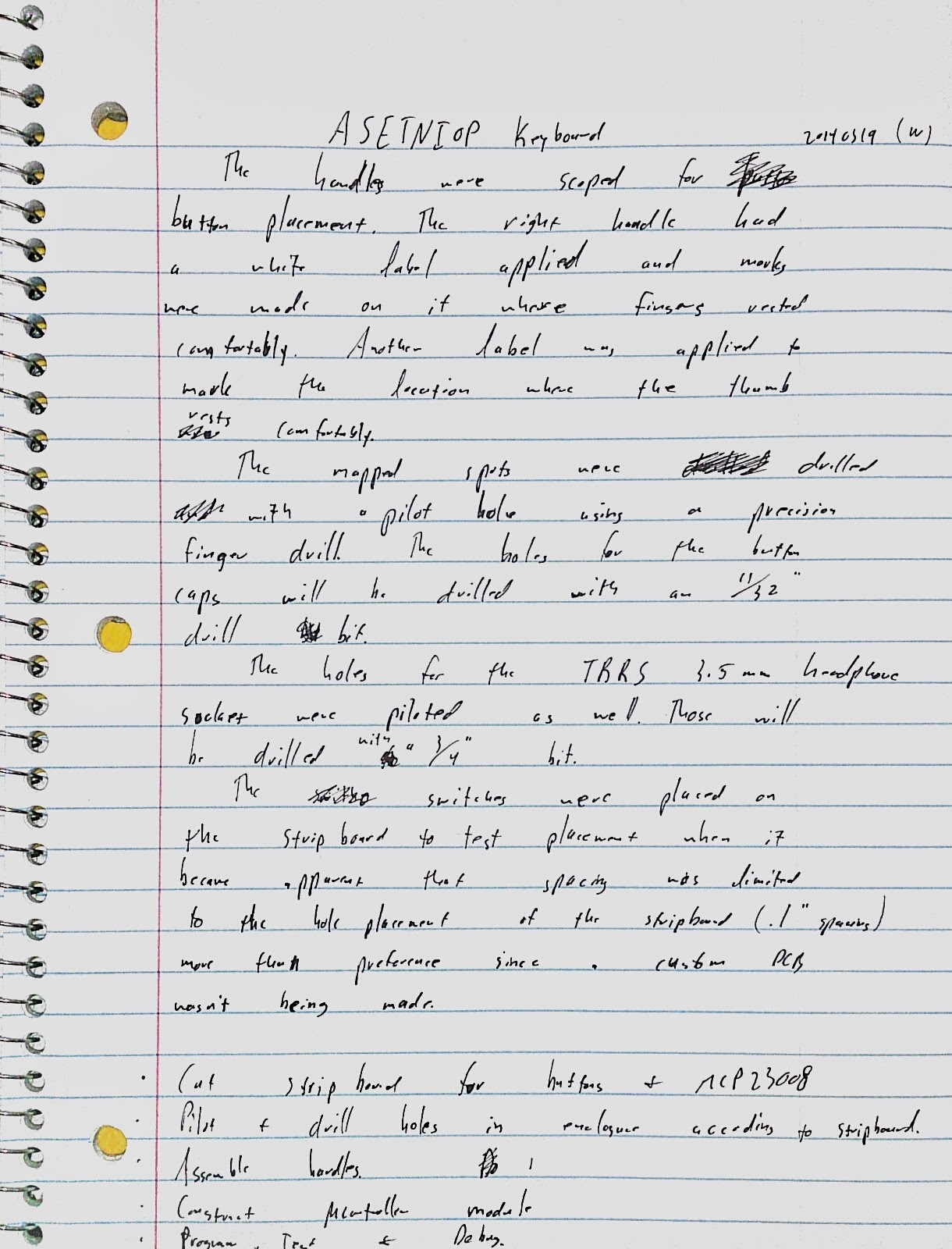