March 22, 2014
Making circuit boards is a time consuming process.  Making them wrong is even more time consuming.  Finding mistakes early is a good thing.  I have never used stripboards before but they seemed like a really logical way to go about prototyping so I got a few to try.  The book PICAXE Microcontroller Projects for the Evil Genius illustrates how to use them and I thought it would be worth a try.  The author, Ron Hackett, shows some tools and tricks for making them.  There was little trouble in finding my own way to get the same job done with the tools I had on hand.

ASETNIOP Keyboard
The schematics for the stripboard were laid on the stripboard and the holes were drilled.   After reviewing the holes were mirror from what they should be since the prints were for the top of the board rather than the copper side.  It was also noticed that the outline for the I was too narrow.

The schematics were cut out and taped to the stripboard but it appears they were taped too close.   One set will have to be retaped and redrilled.  The schematics were held in place with a single piece of tape which acted like a hinge.  The paper was moved back and forth to find the correct hole to drill.  A 7/64" drill bit was used in a precision finger drill. 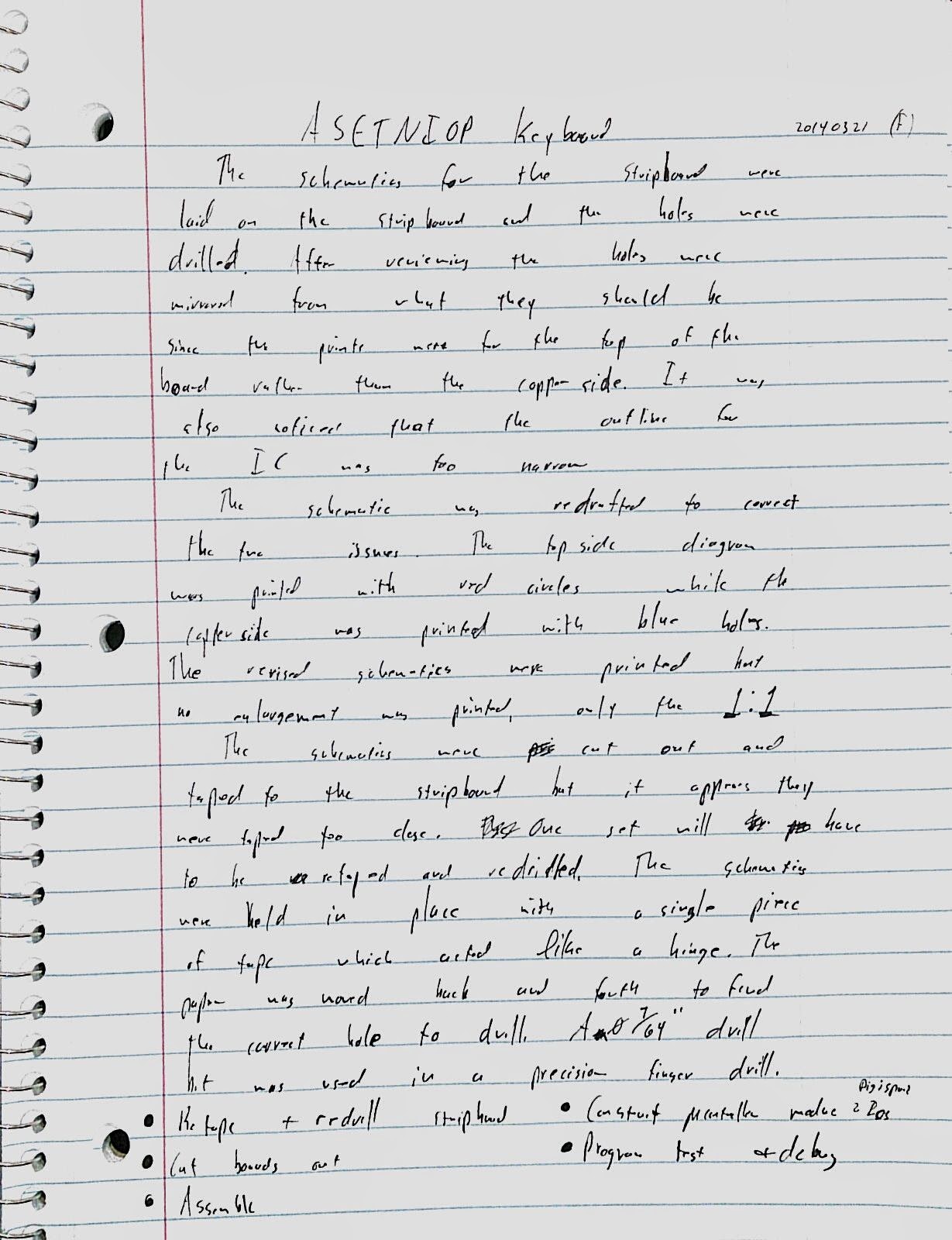 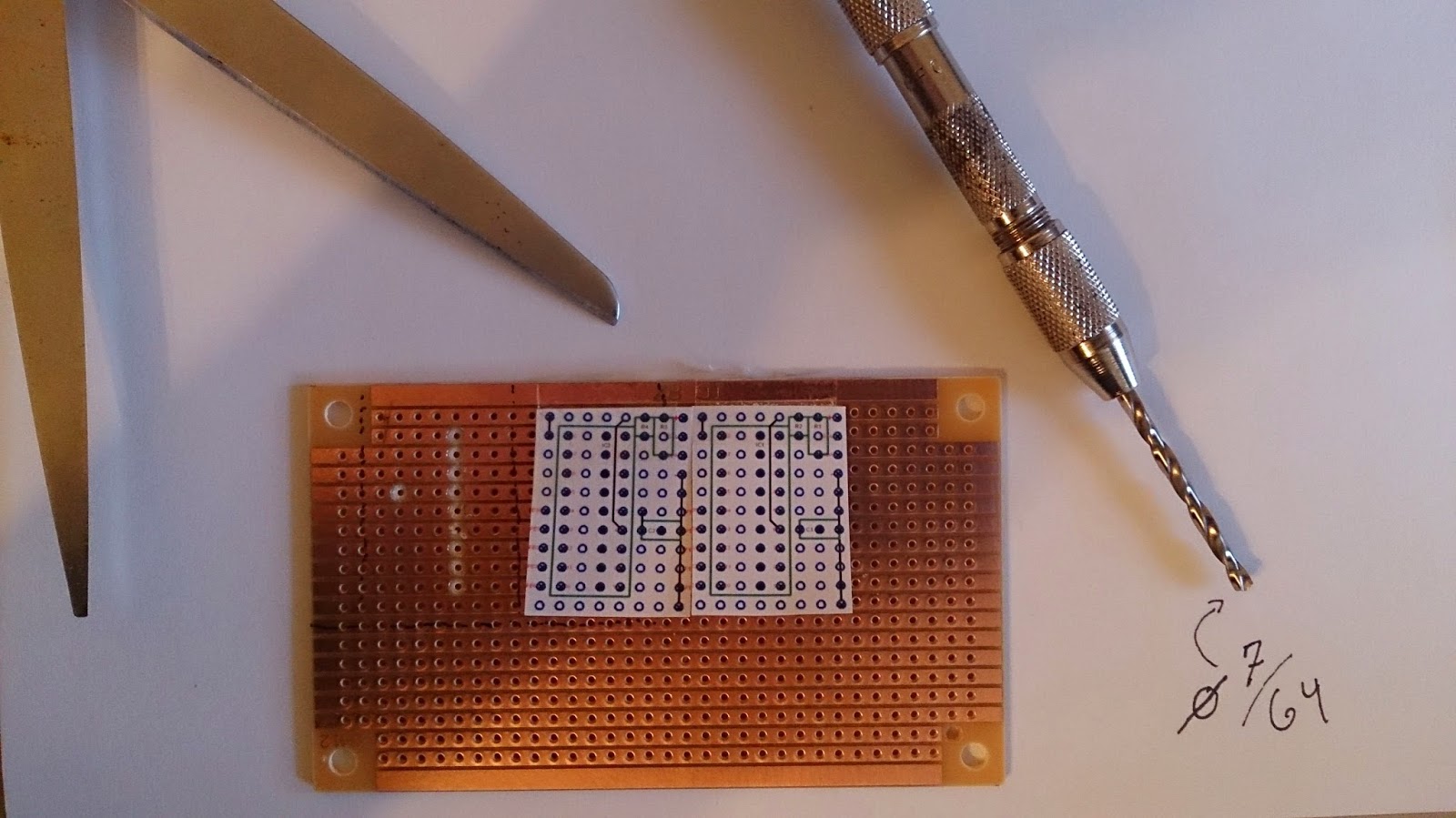 The paper in place with the schematic visible 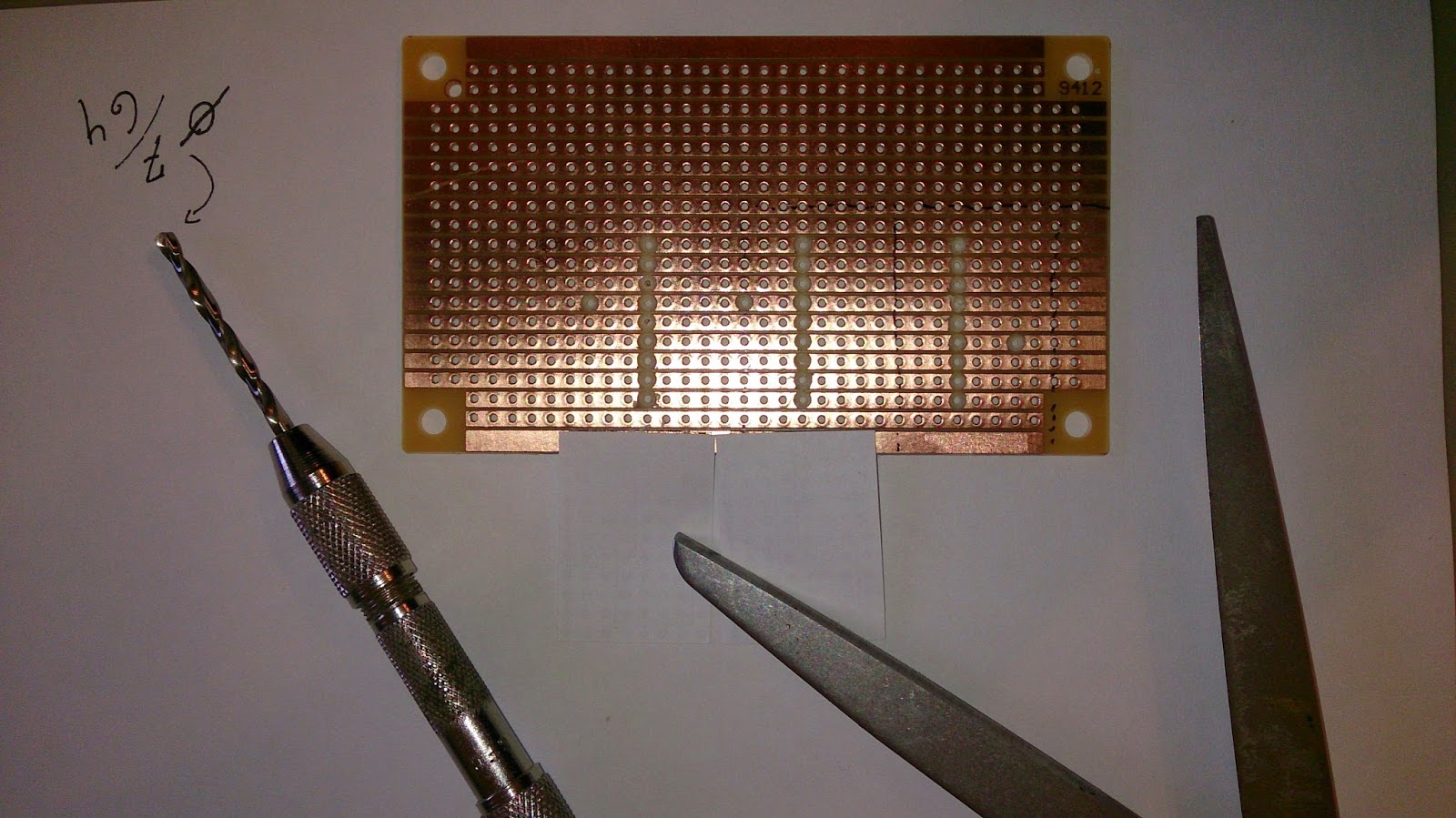 The paper is folded down using the tape as a hinge