April 17, 2014
I’m kind of a robot.  I don’t express myself like a cartoon character and flail my arms around when I talk.  But I can.  I have a switch somewhere that turns on my bodily communication protocols but that switch is heavy and doesn’t stay on by itself.  I have to make the effort to throw that switch closed.  It hasn’t gotten any lighter but I have seen how important it is.

When I don’t pay any attention to how I come across I seem cold, distant and unapproachable.  Actually, I like people and I’m not really a robot.  Even if my eyes say otherwise on Monday mornings.

Lately I’ve paid more attention to how other people perceive me.  I’ve noticed on days when I’m tired and the switch is too heavy that people speak with me only briefly.  When I have the switch on people tell me about their day, their spouses, their vacations with the kids.  So now, I’m making the effort to turn on that switch more often. 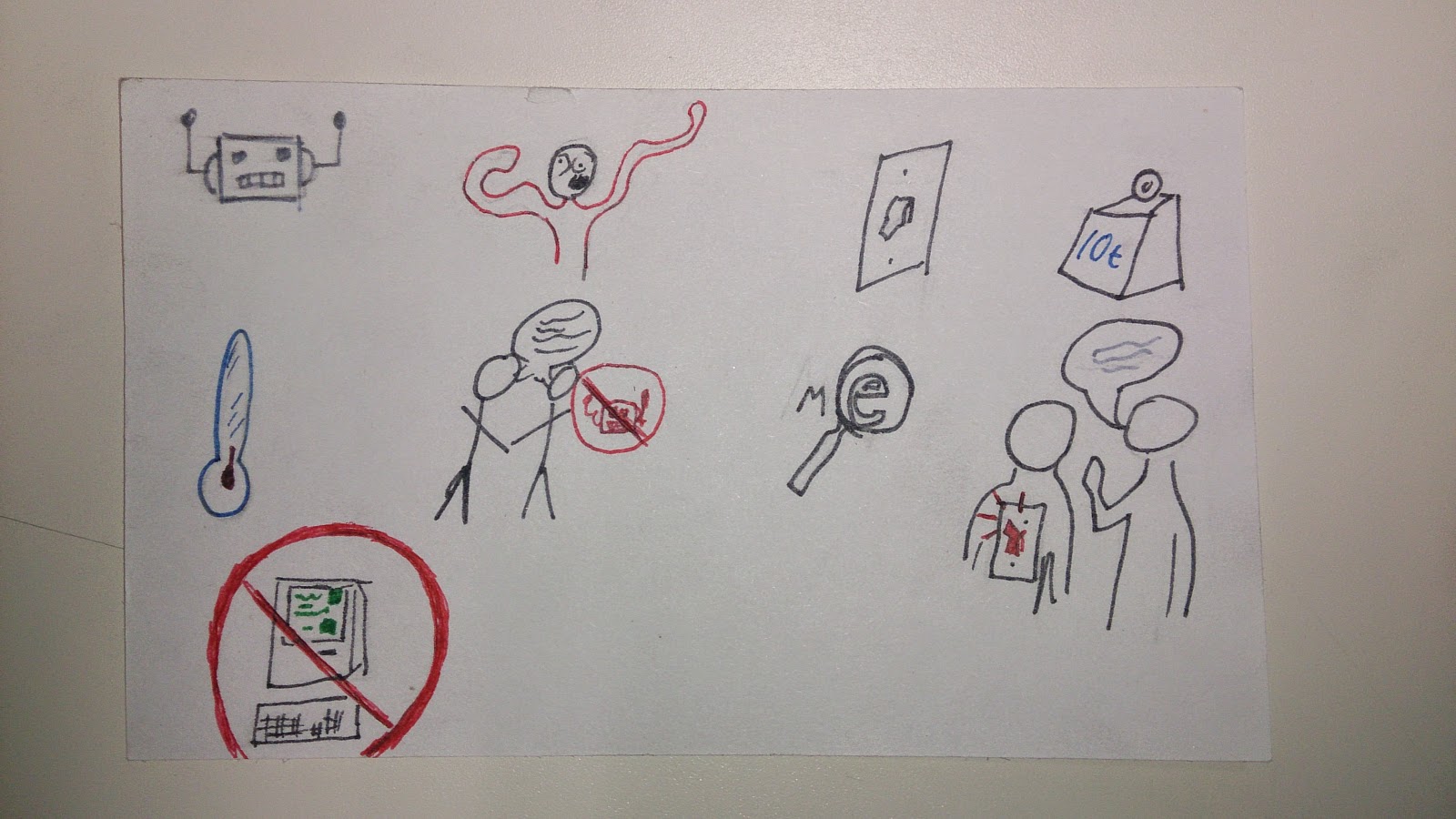 Notecard used to present this to coworkers

The schematics were sketched but only included the minimal outputs and debugging inputs including a switch and three potentiometers.  Terminals were drawn which relate to future inputs and outputs. The schematic will be updated as appropriate and added to the document which will eventually be the project write up.  The sketch was drafted and mistakes were corrected.  A copy was printed in color and put with the current pretend materials. 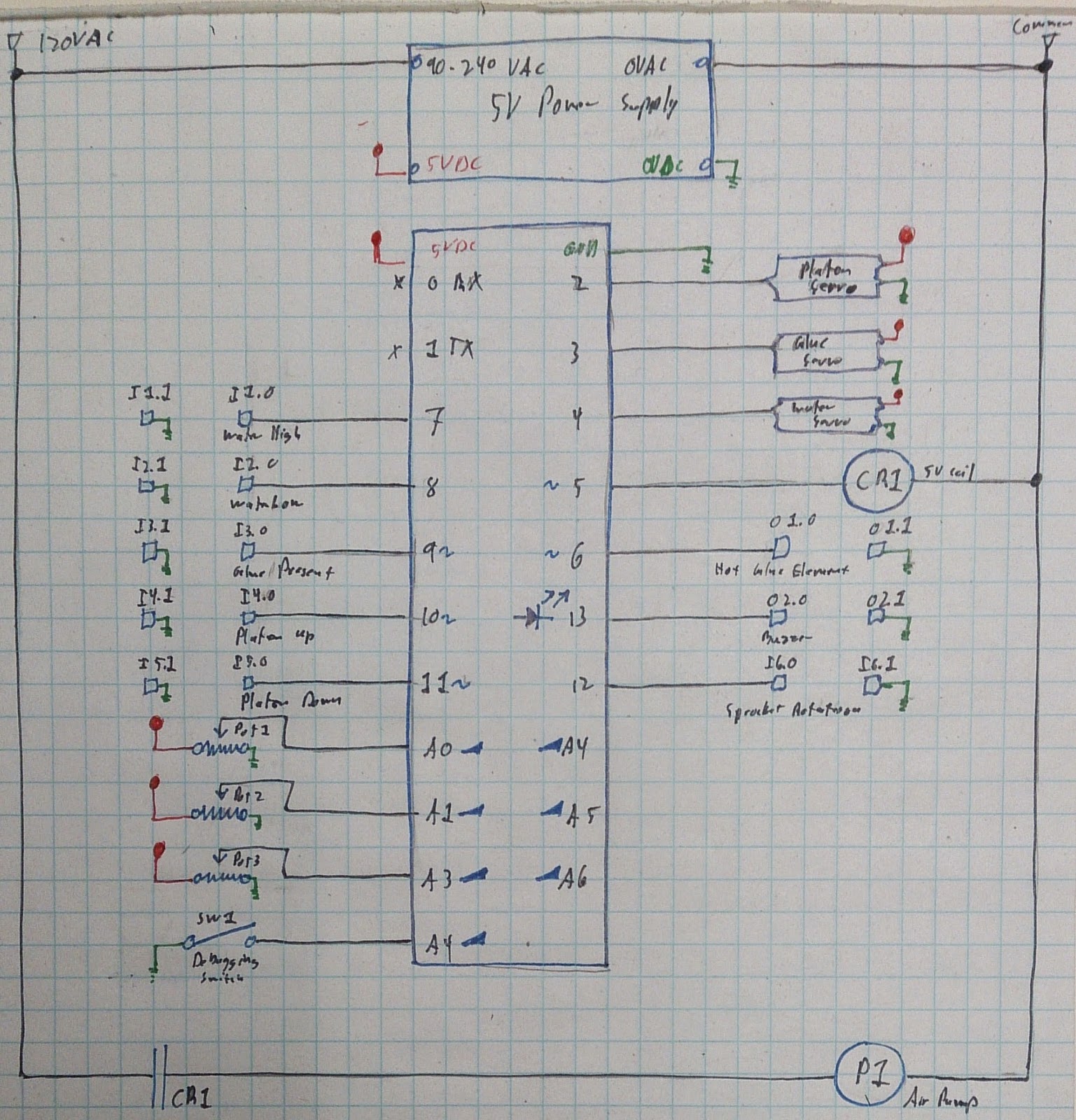 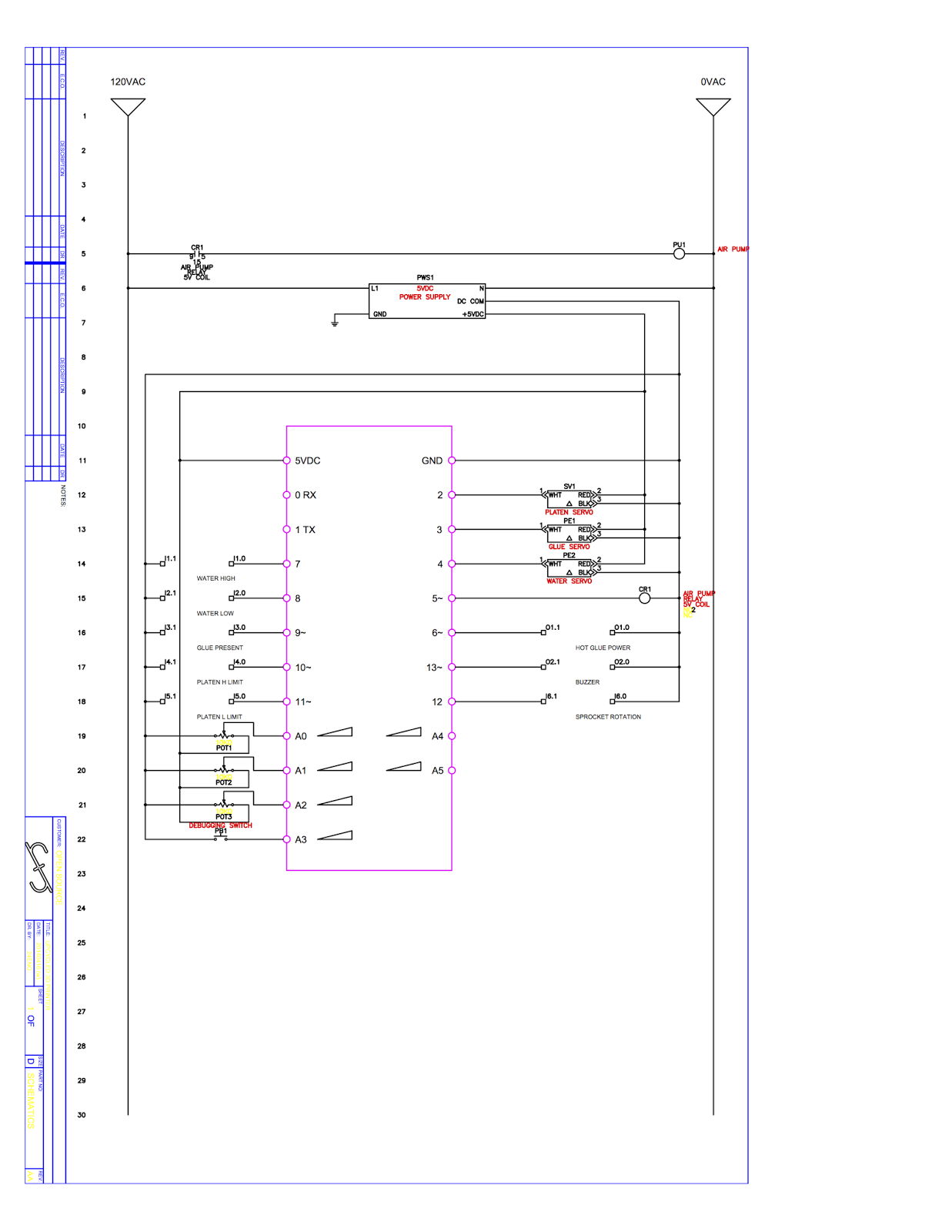 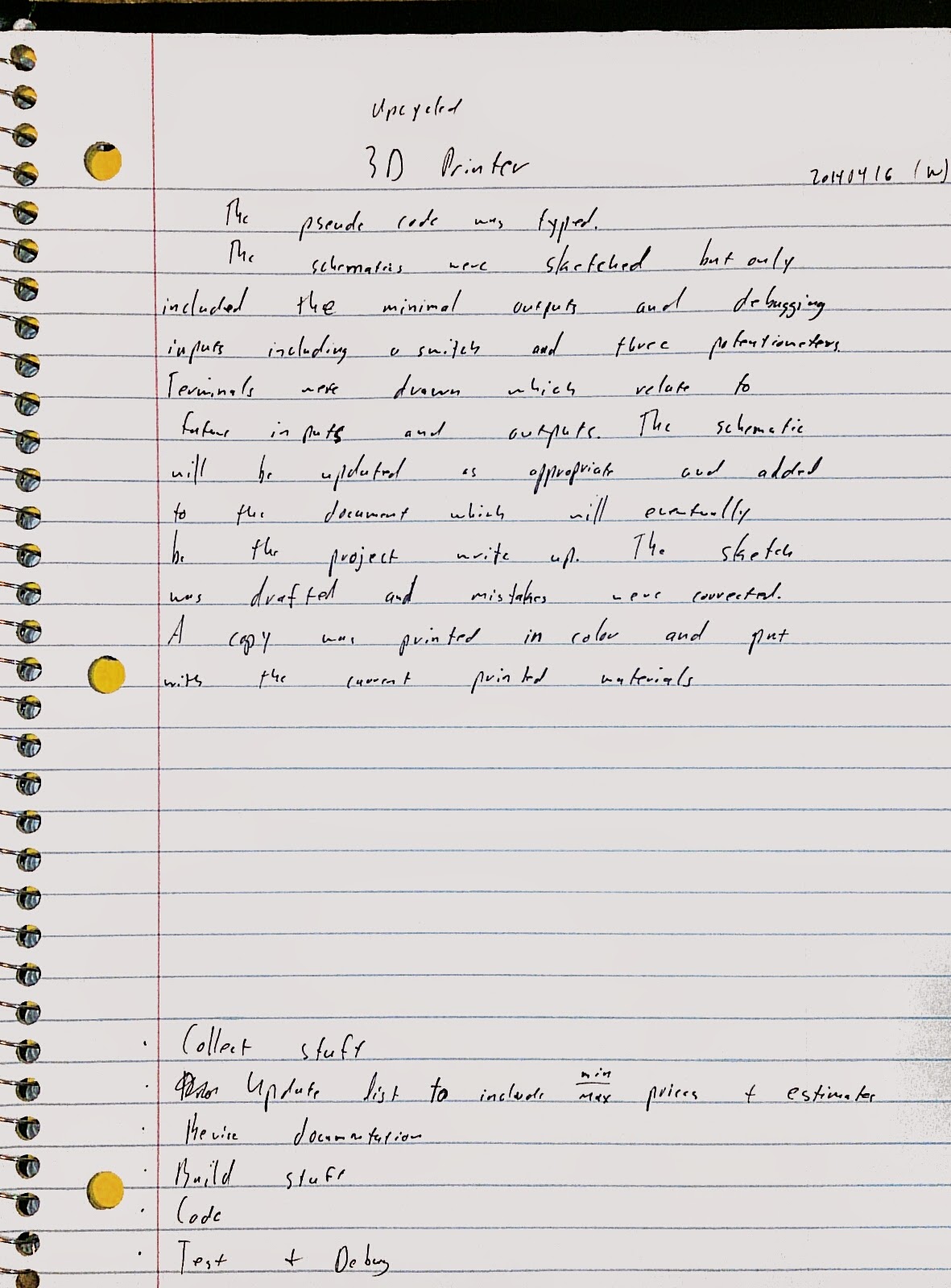