When I write these journals in my notebook I try to keep myself out of it.  I try to write as though these are merely events that happened and my involvement is inconsequential.  This is about the writing after the break (----------) not what comes before it which is chock full of me and my opinions.  I also try to use formal language and word choice.

In other news not related to this project; I found a power supply for the 3D printer while rummaging through the goodies box at the hack space.  2.4Amps at 5VDC.  That will be more than enough power for those servos and any sensors I attach in the future.

Enough background.
----------
After reading discussions on biohack.me an idea formed for a compass suspended by liquid.  The original idea was to have a sphere inside a sphere where the inner sphere is a compass.  It would have protrusions which would interact with a whisker.  The whisker would be protected against accidental triggering by protrusions on the inside of the outer sphere.  Natural movement by the subject would activate the whisker during movement. *see Journal Page 1*

The second iteration of the design was vertical and tubular.  This design makes use of conical floats (corks) and cylindrical containers (jars).  These were purchased from Michael’s.

The first float was drilled using a 9/16” Forstner drill bit.  It was a blind hole with the intention of mounting a disc magnet vertically in the recess.  The cone was propped with a wood chip so the hole would be perpendicular to the axial line of the float.  The disc magnet was held in place with hot glue. 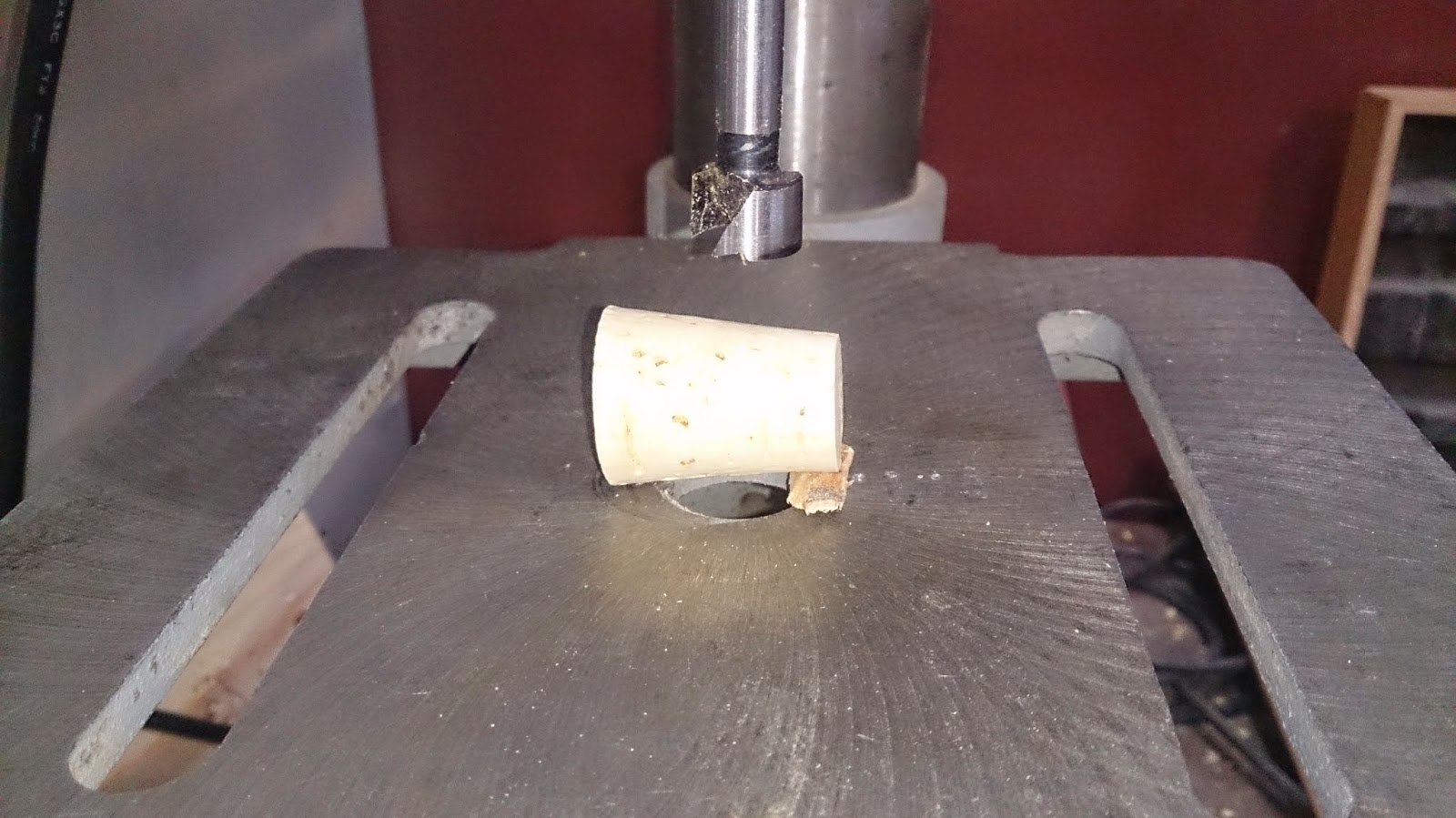 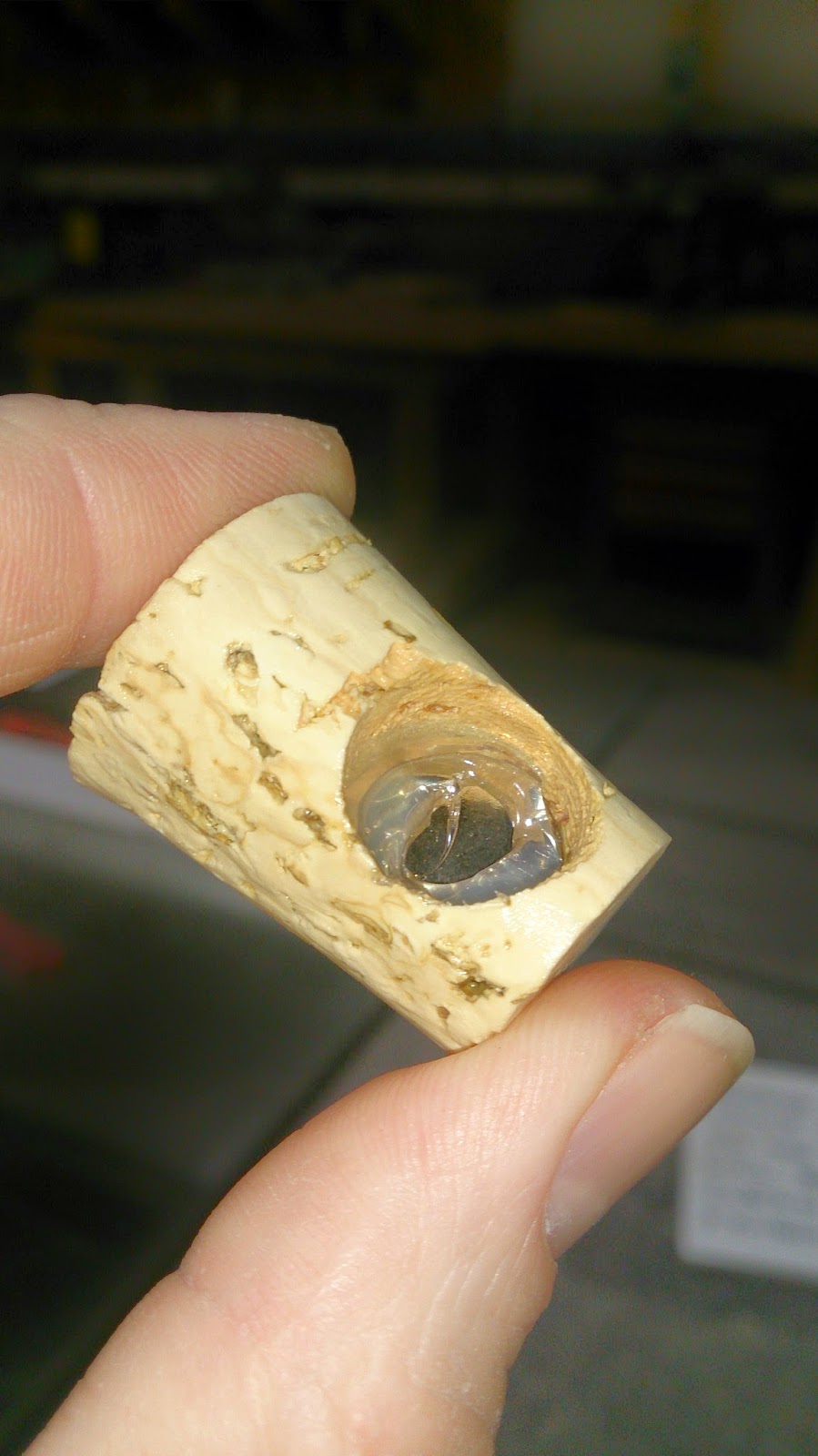 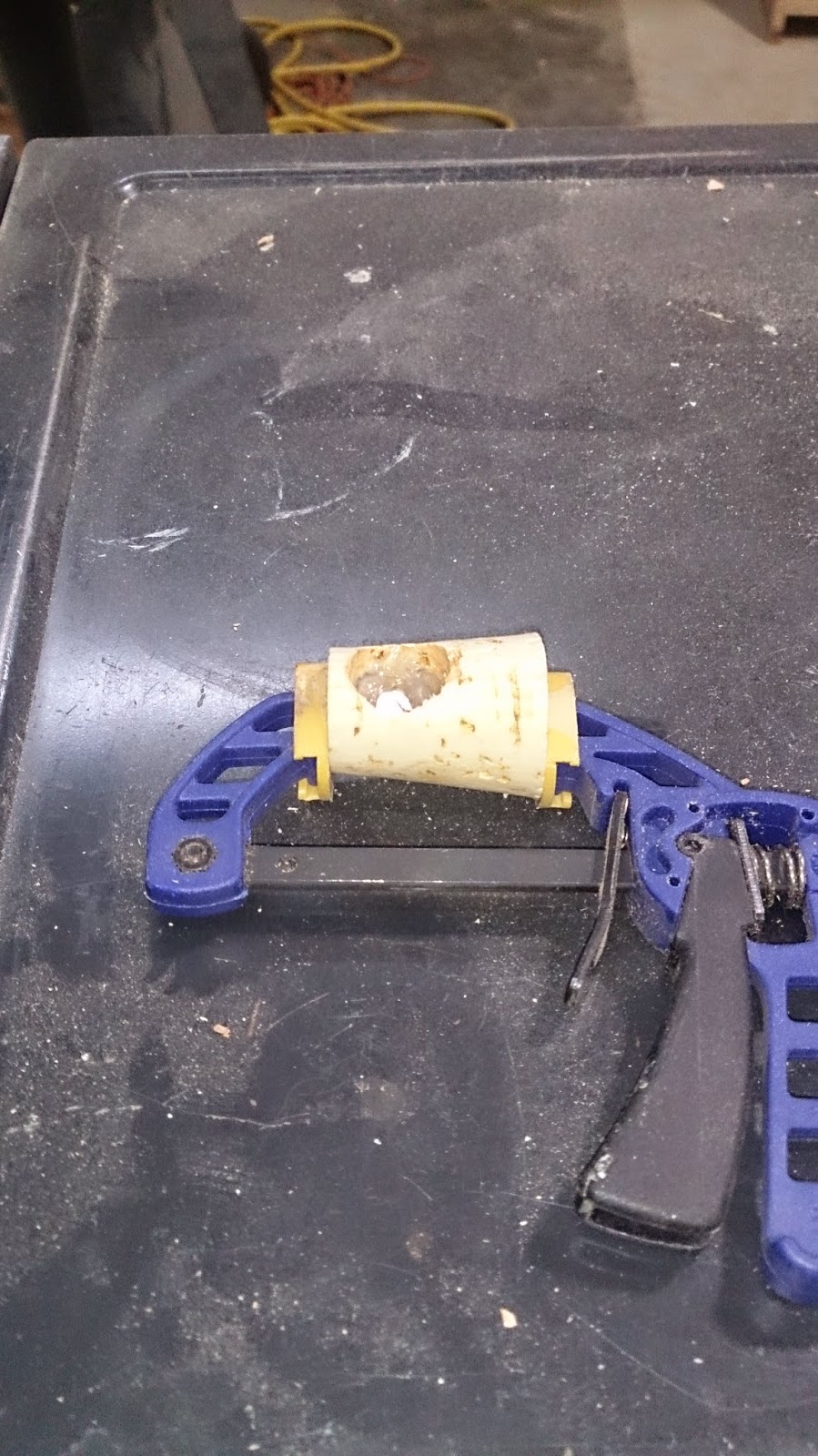 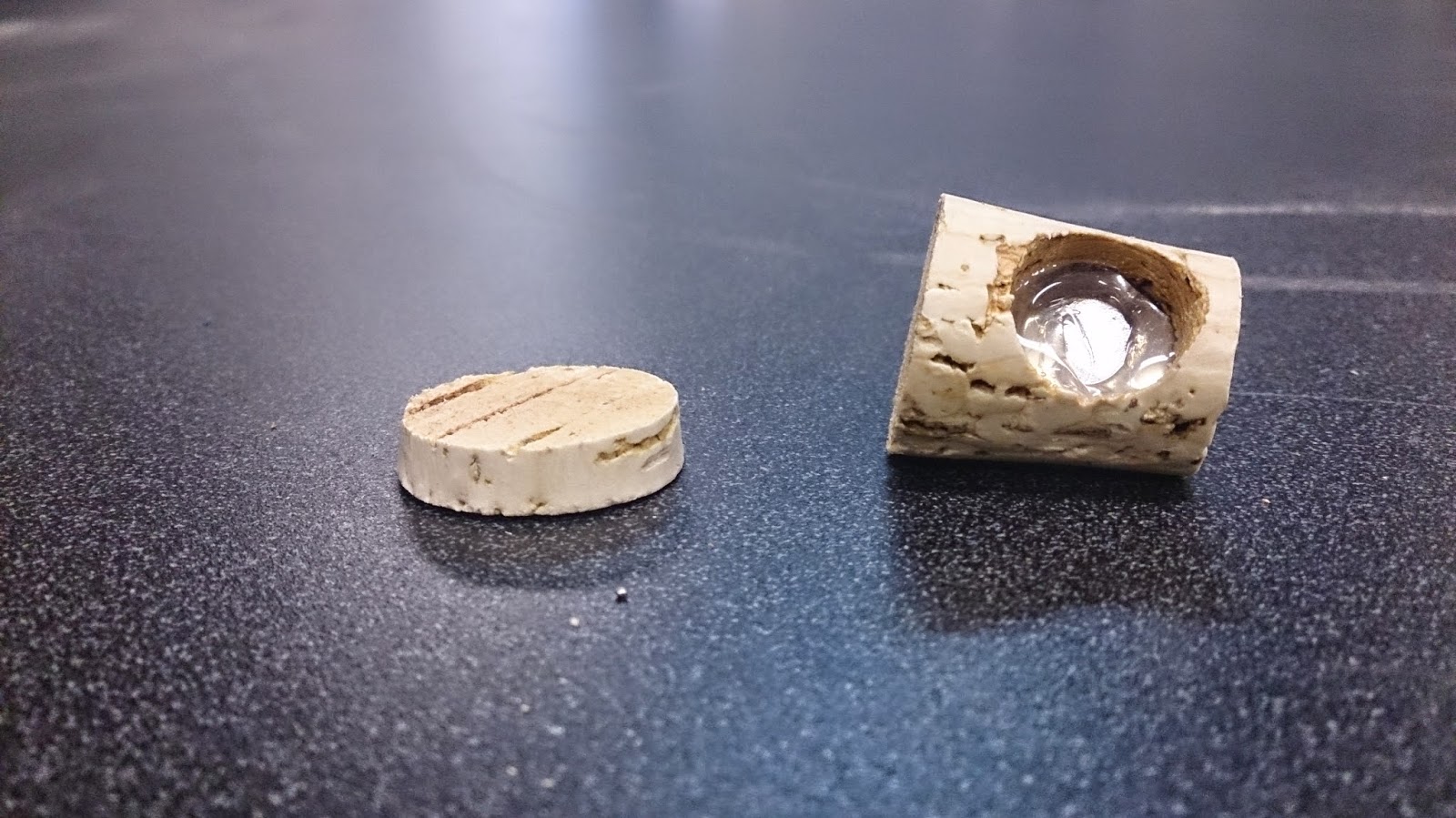 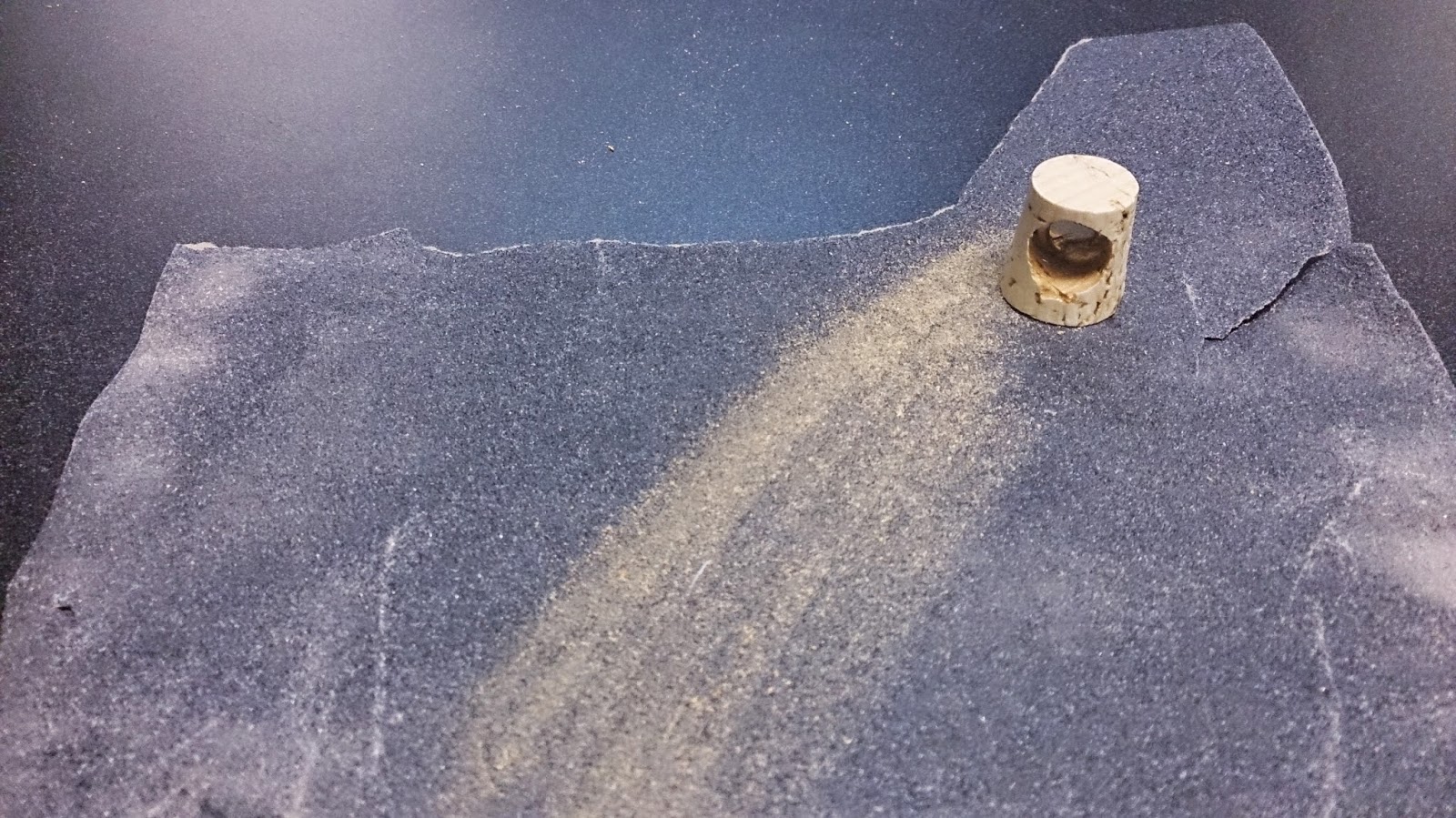 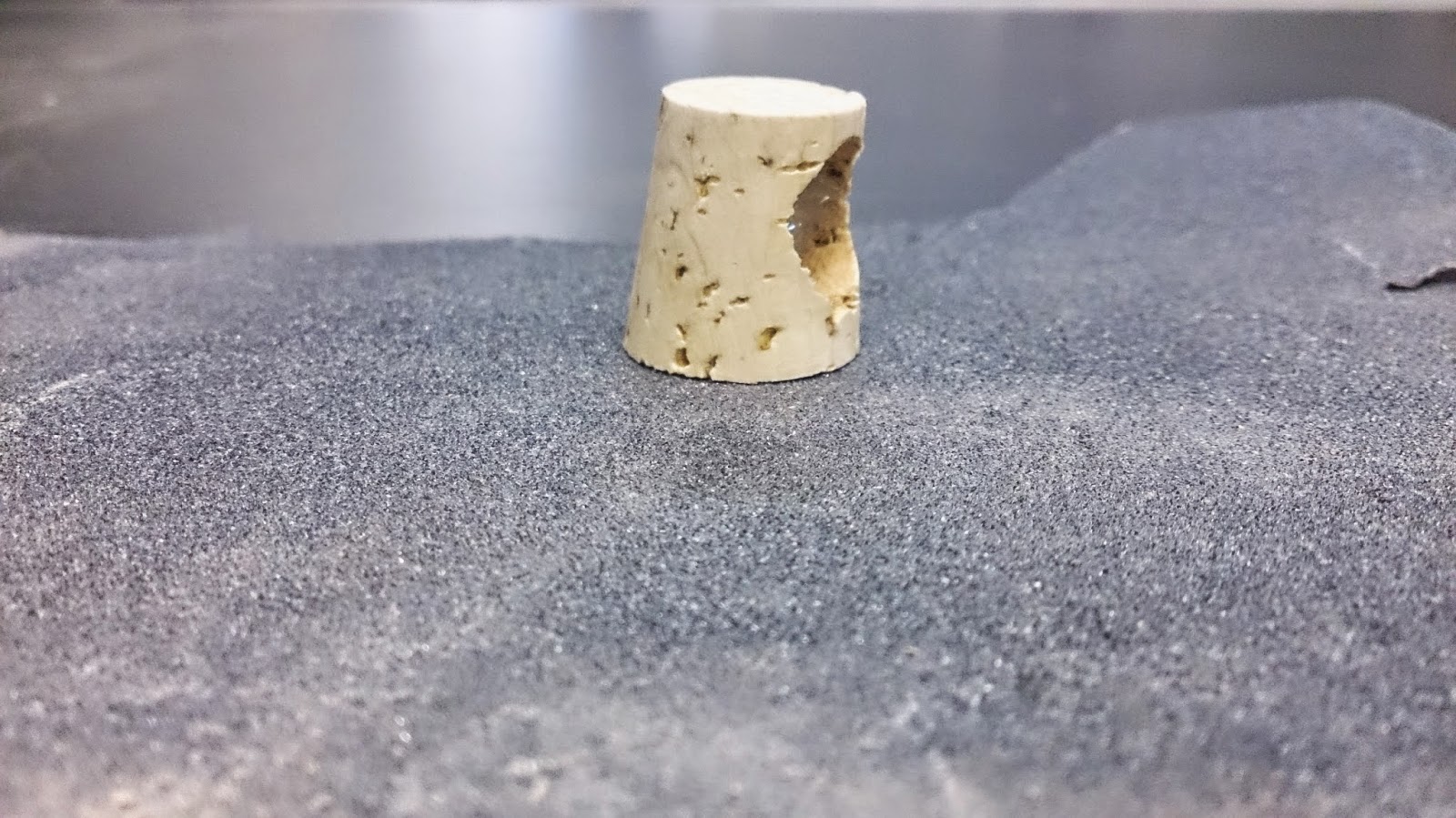 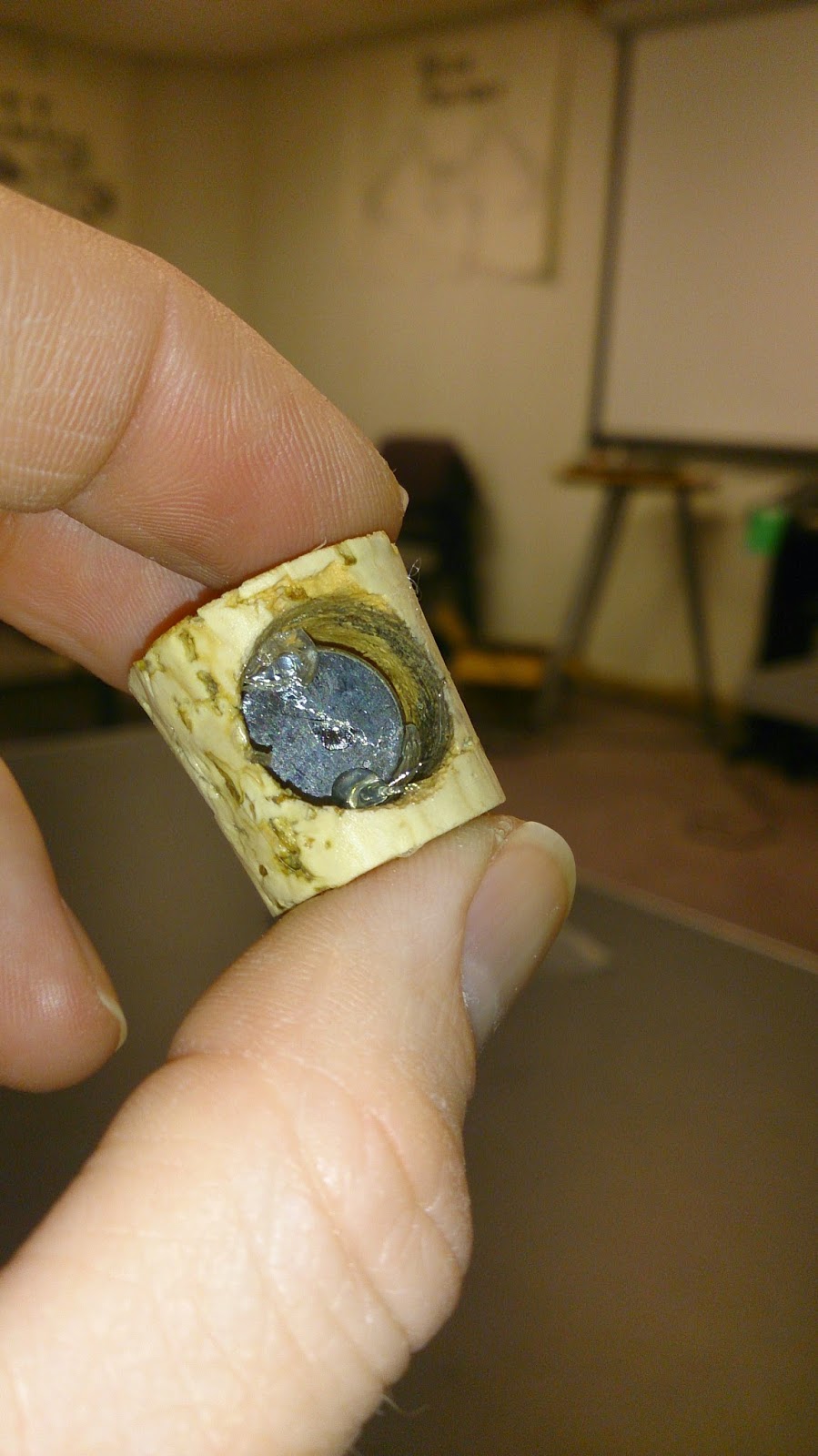 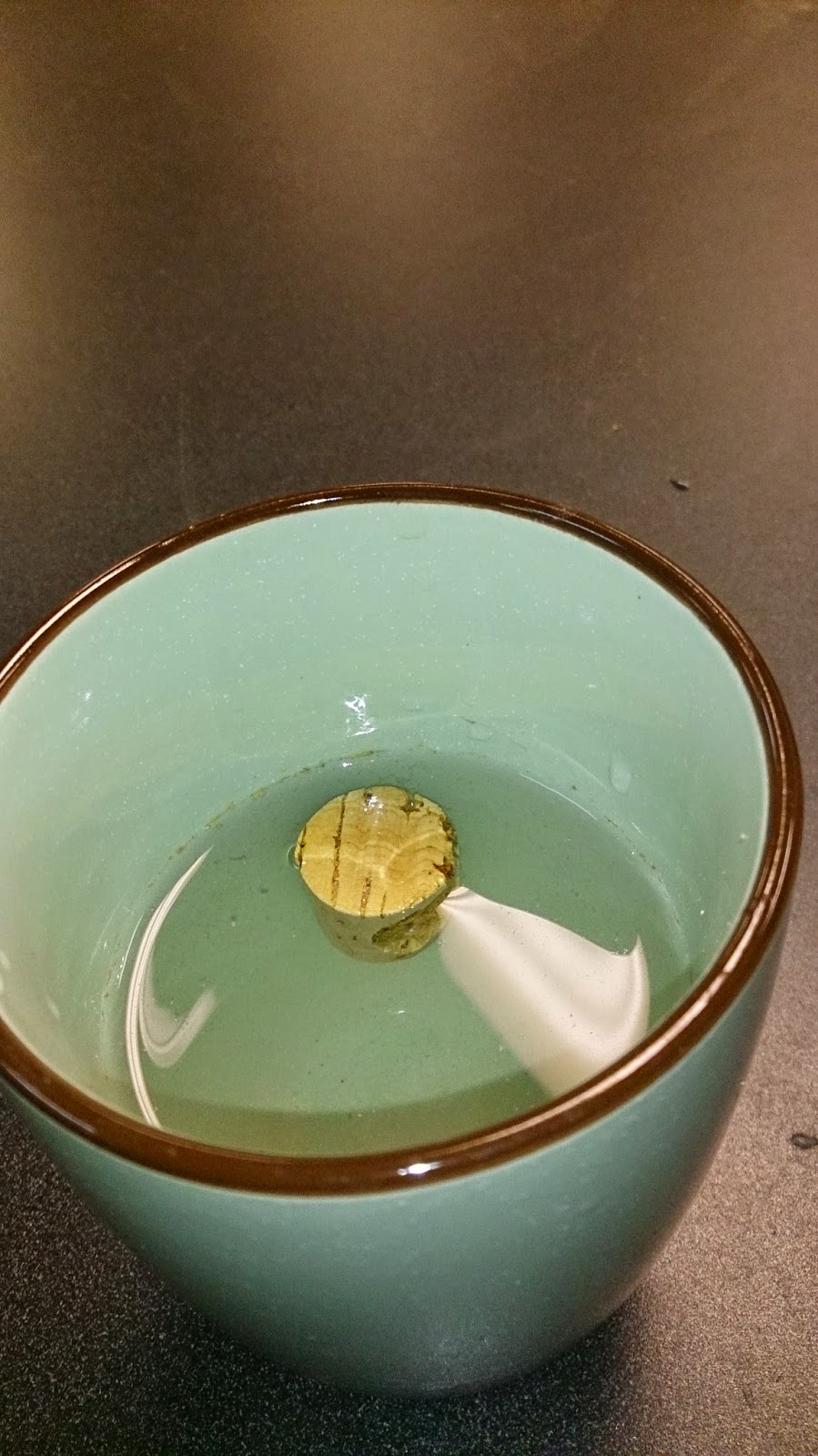 Floating at the surface

The compass cone was suspended in a cylindrical container with tap water.  Its properties as a compass were tested by rotating the container and observing the orientation was not adversely affected. 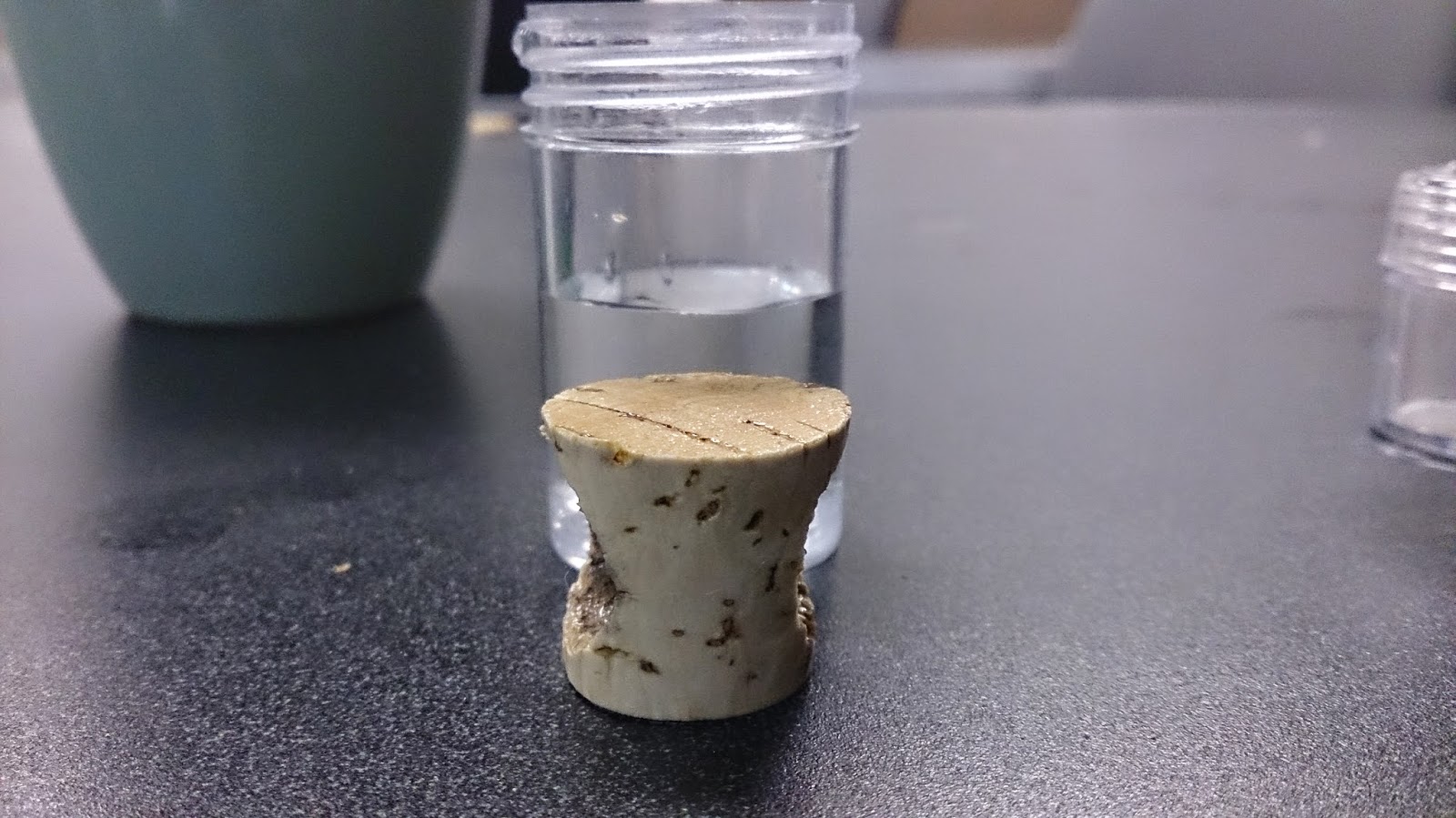 Compass in front of container
Spinning on a chair with a compass
A hair-like protrusion was made from a magnet face with the glue gun. 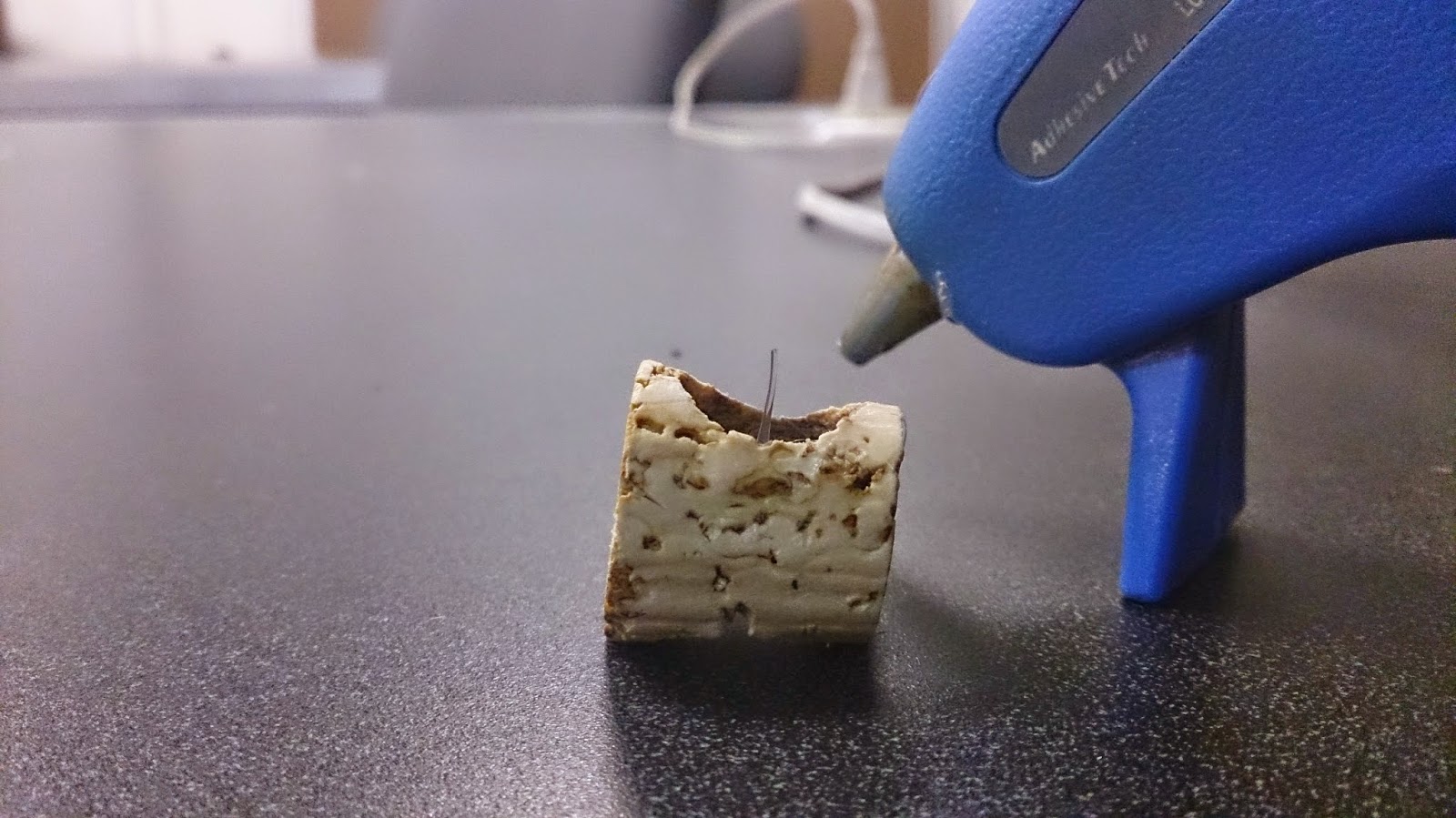 Hair-like protrusion on a magnet face

A second version of the spinner was made by drilling a blind 7/16” hole in to the smaller face of a float.  It was made deep enough to contain a spherical magnet. 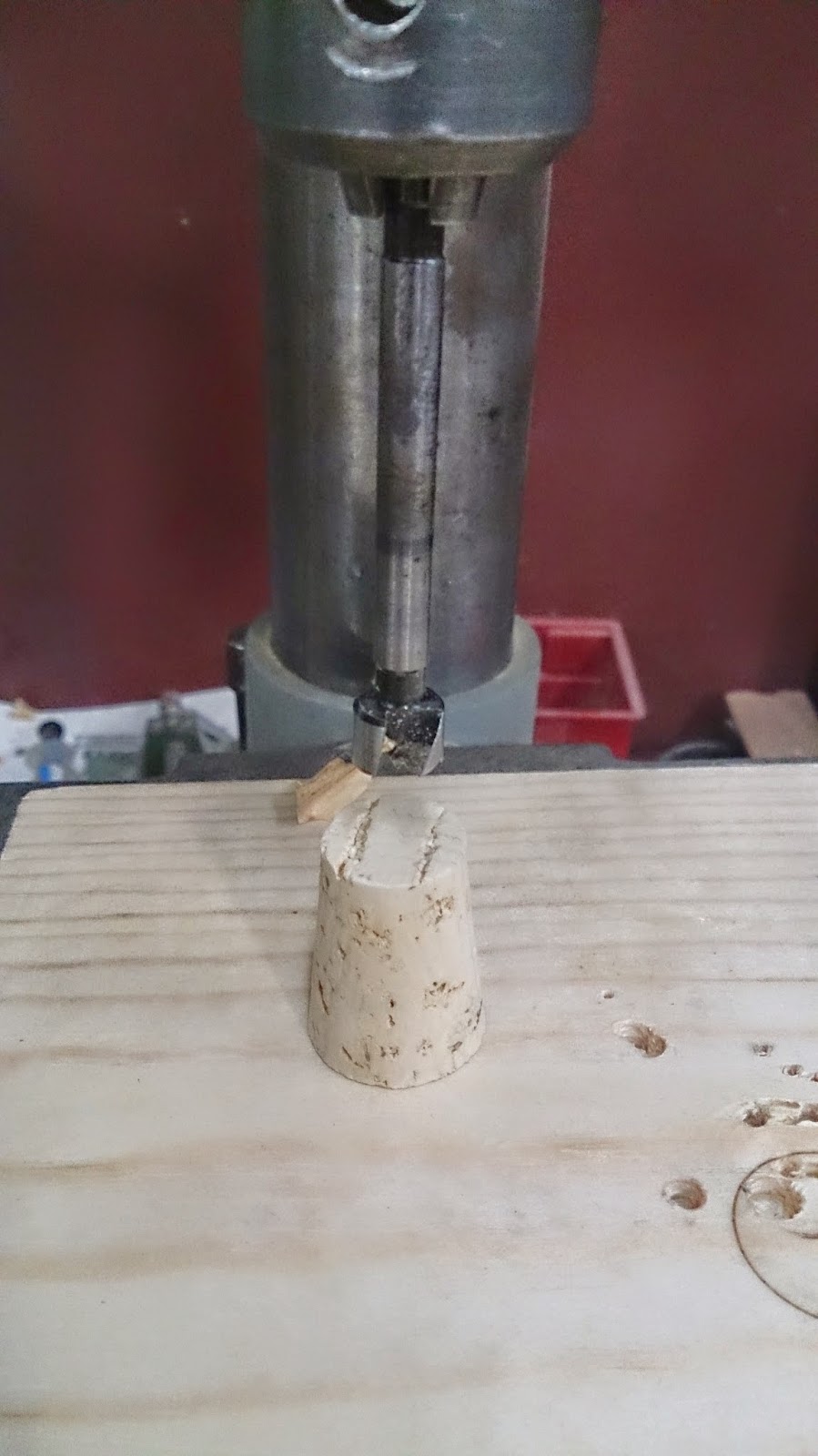 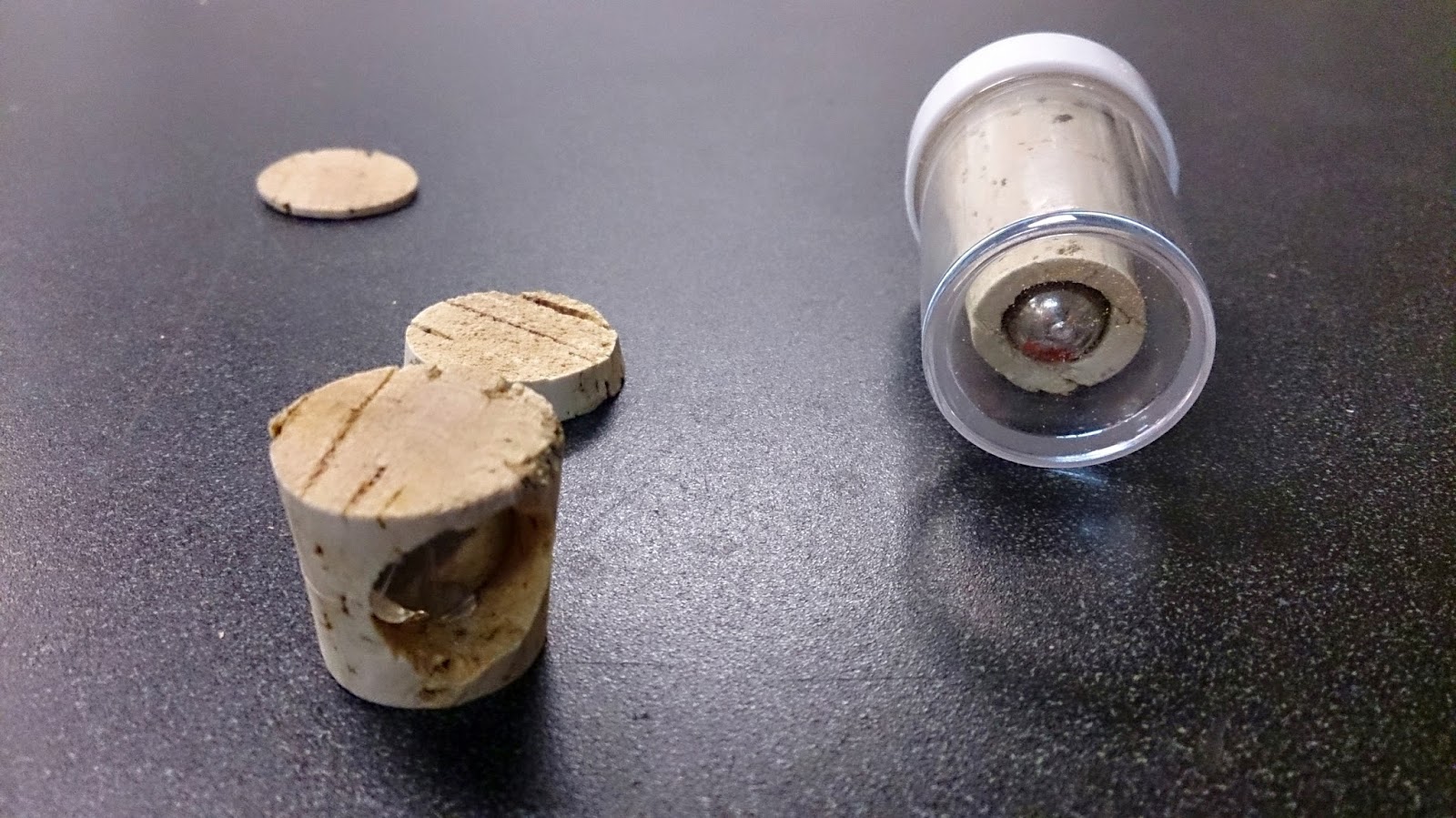 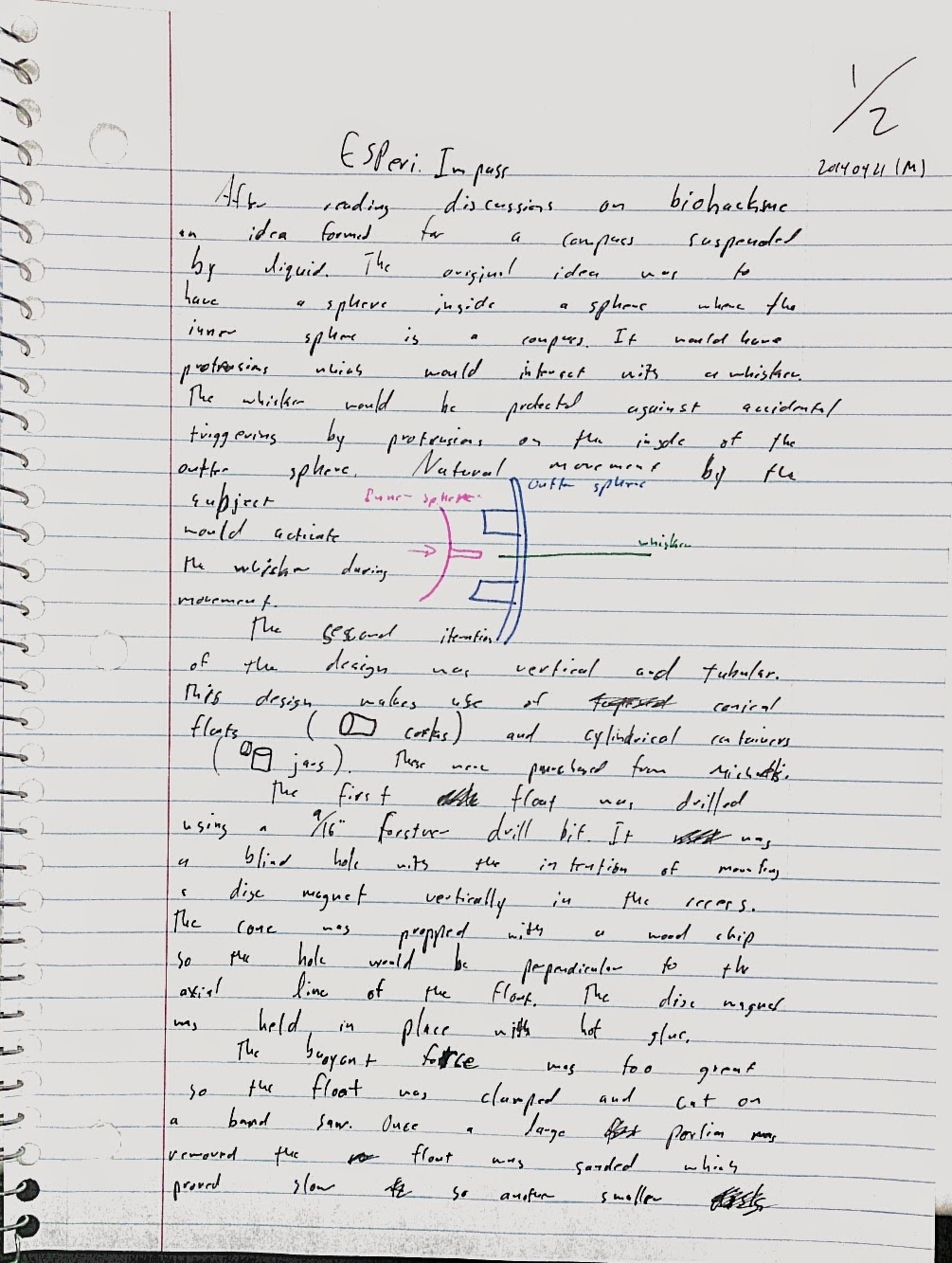 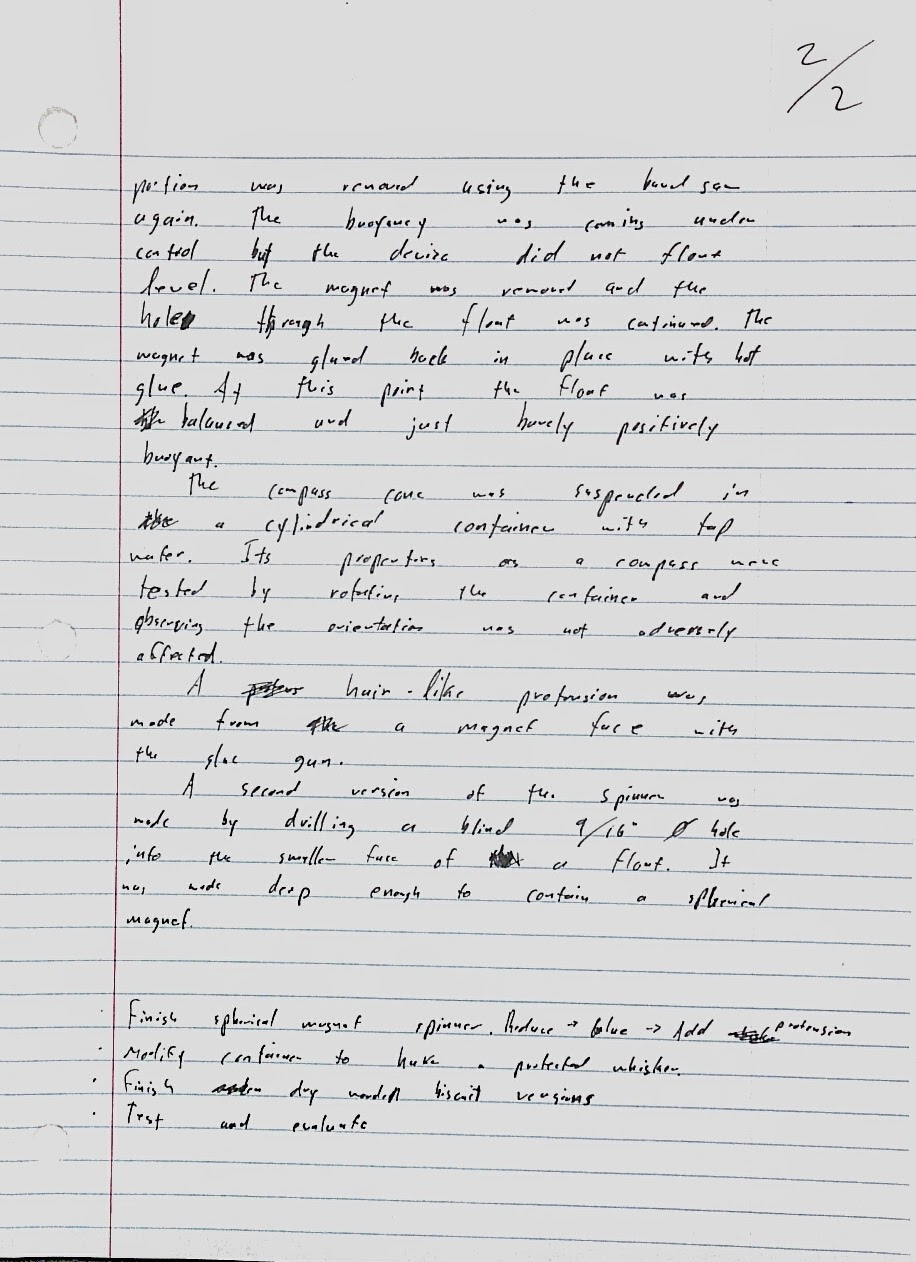