April 27, 2014
The high temp glue gun was disassembled for components.  The five phillips head screws were removed.  Before dissection it was assumed the heating element would be a helix of resistance wire [like nichrome] surrounding the glue chamber.  The heating element appears to be a piece of ceramic semiconductor sandwiched between two electrodes fed by the 120VAC. 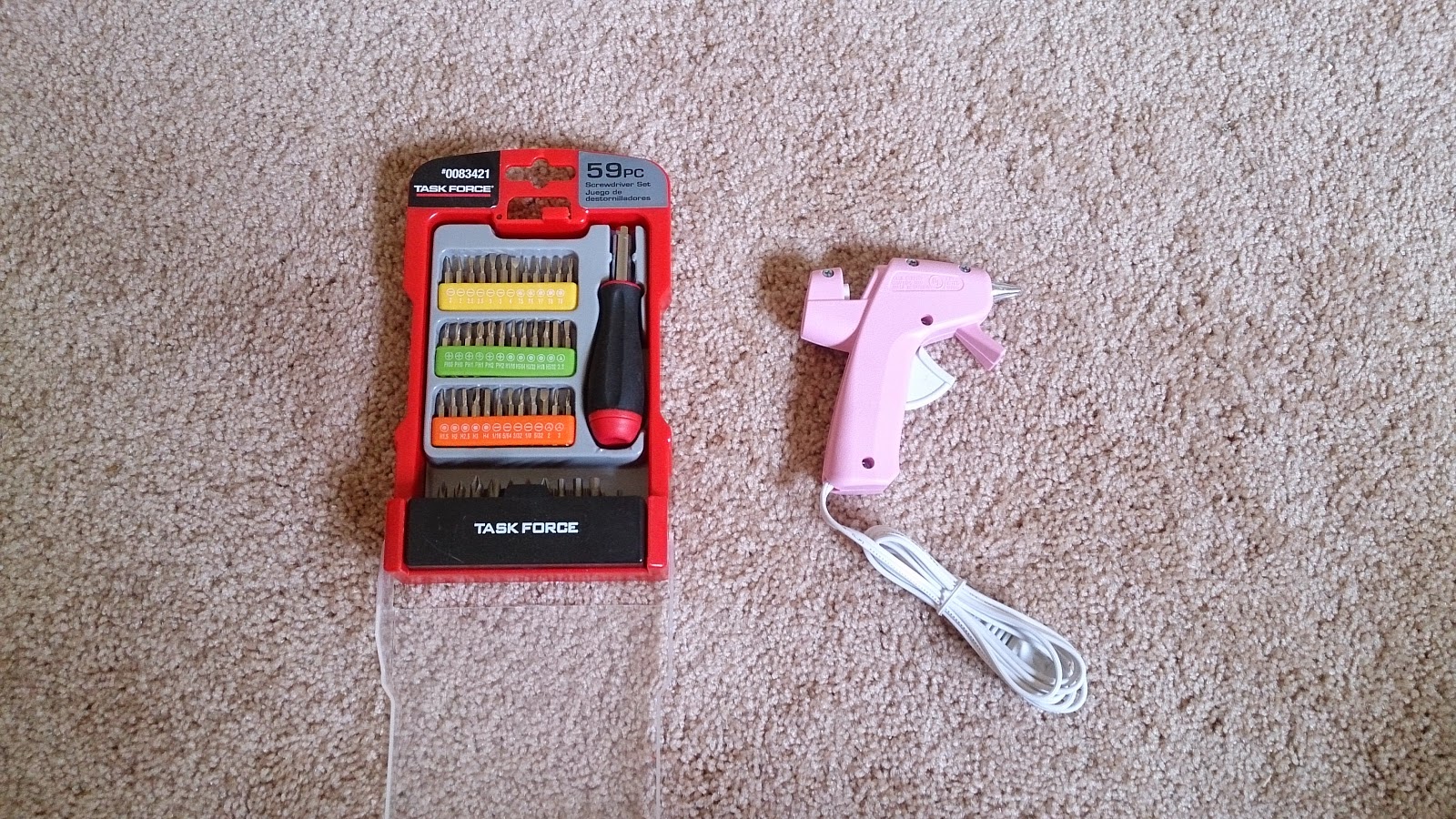 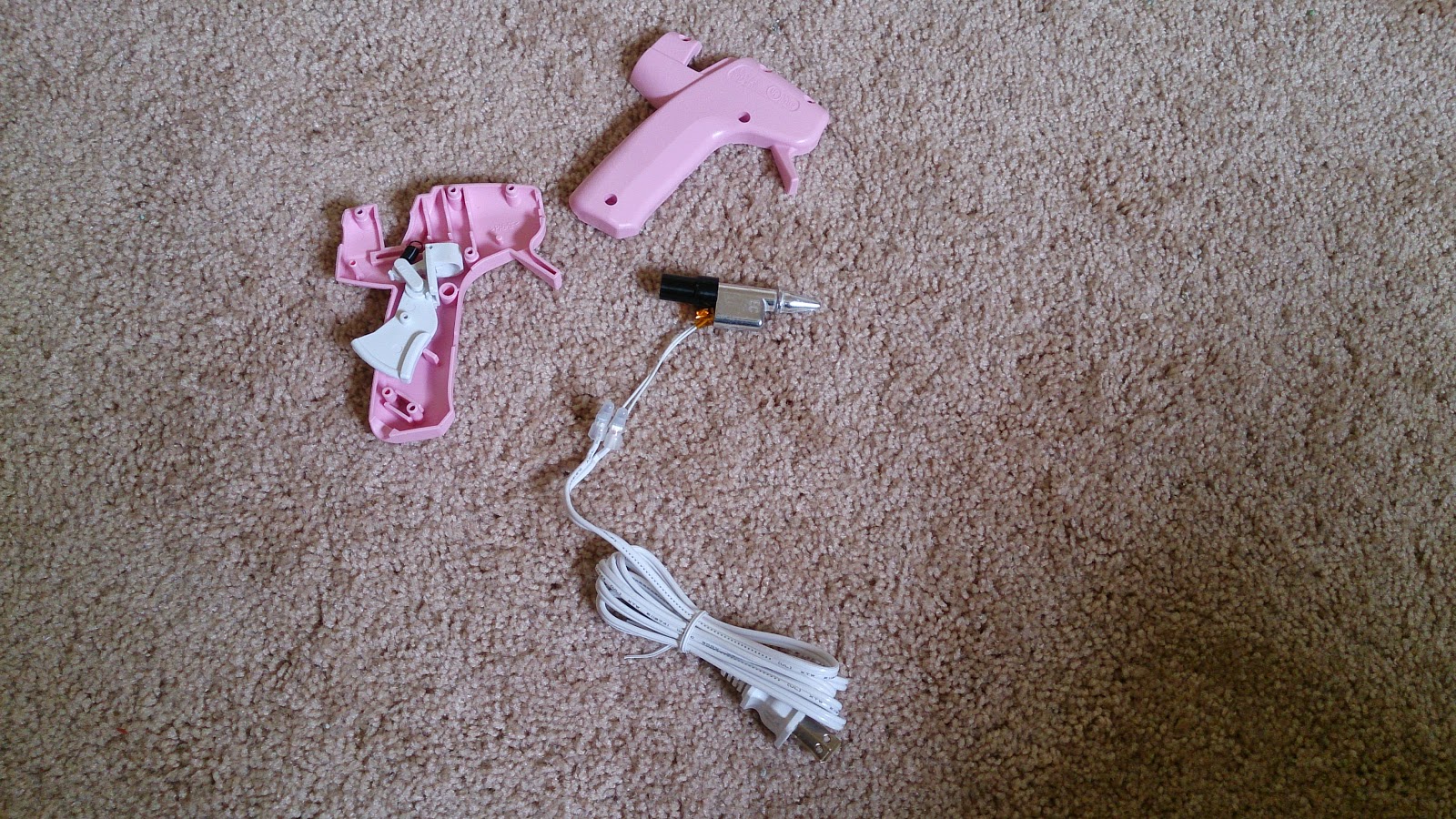 The element is insulated by a thin film which presumably is able to withstand the glue gun's temperature.  The glue chamber is not hollow but contains an element which may keep the gun from ejecting unmelted glue.  There appears to be no connection between the heating element and the glue chanter to otherwise explain the element inside the glue chamber. 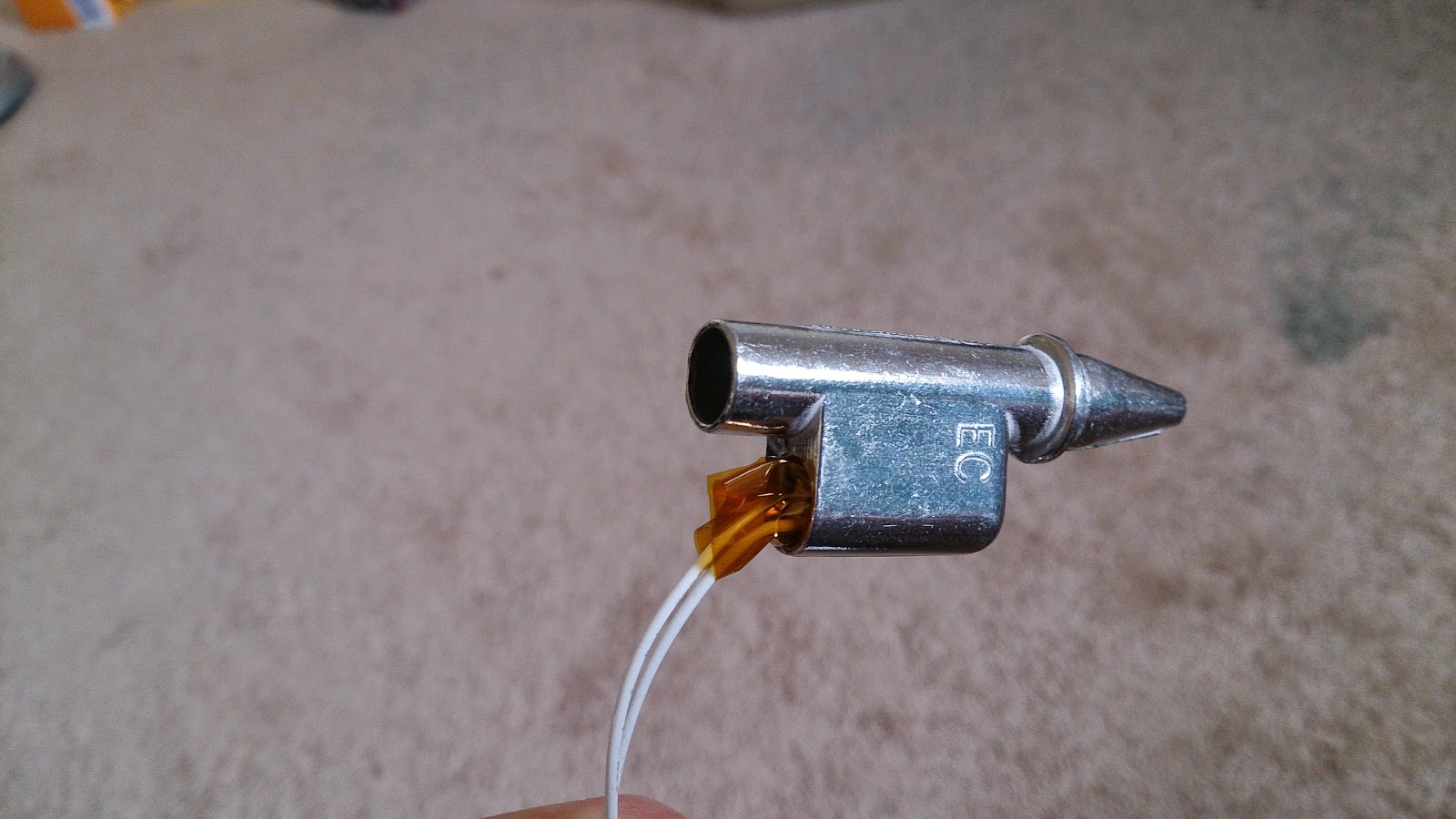 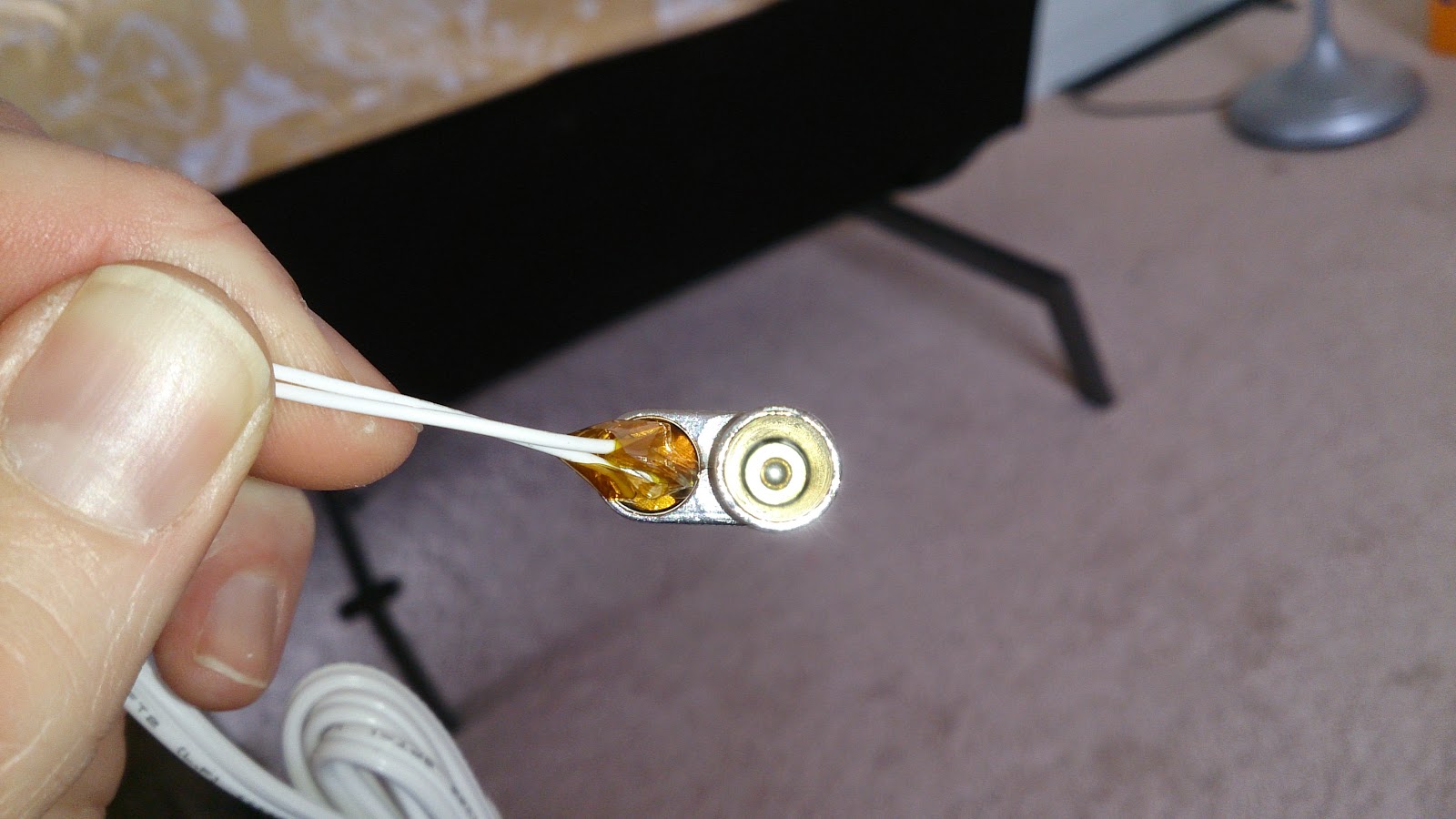 Inside of the glue chamber 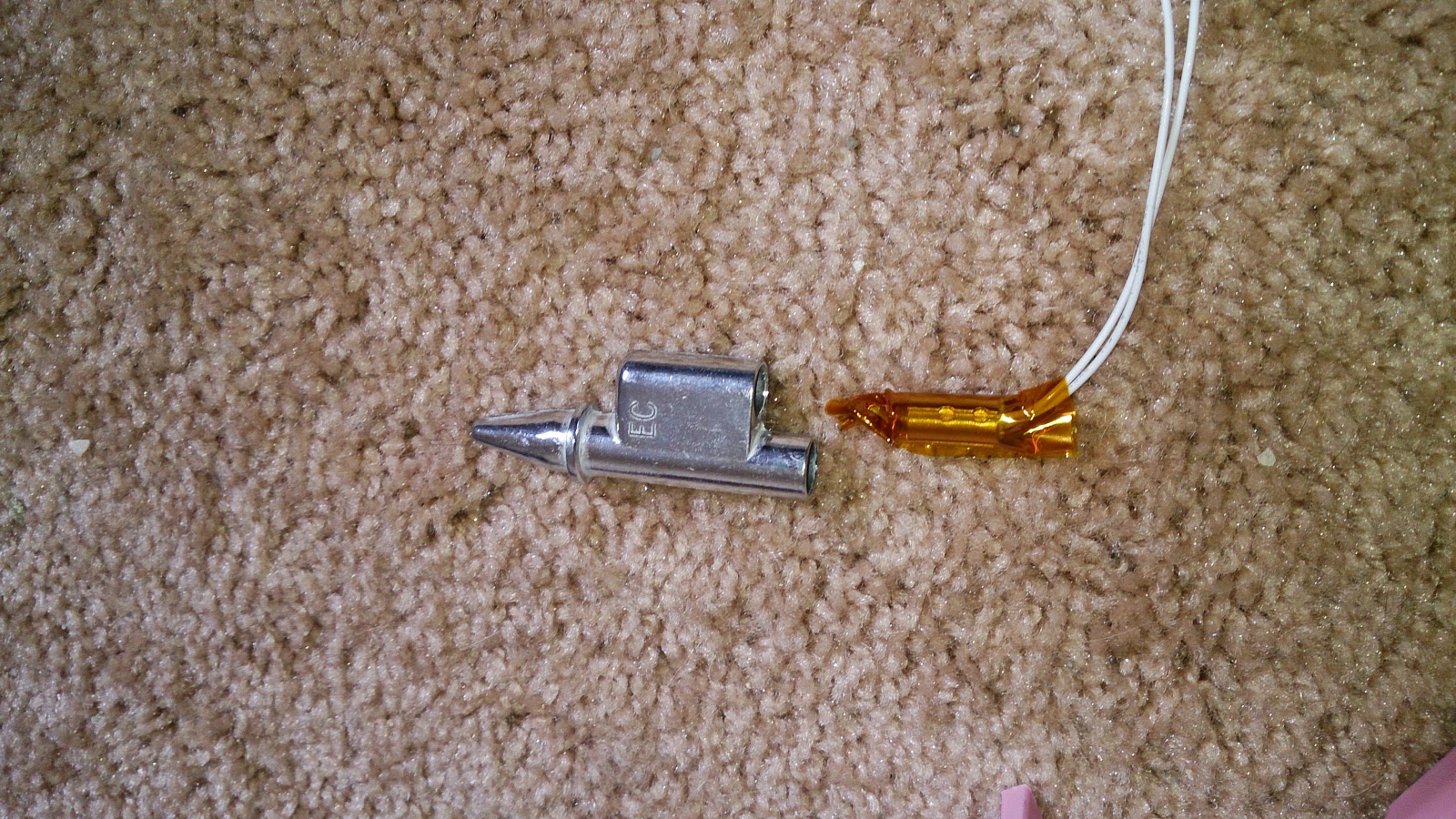 Insulating layer around the heating element 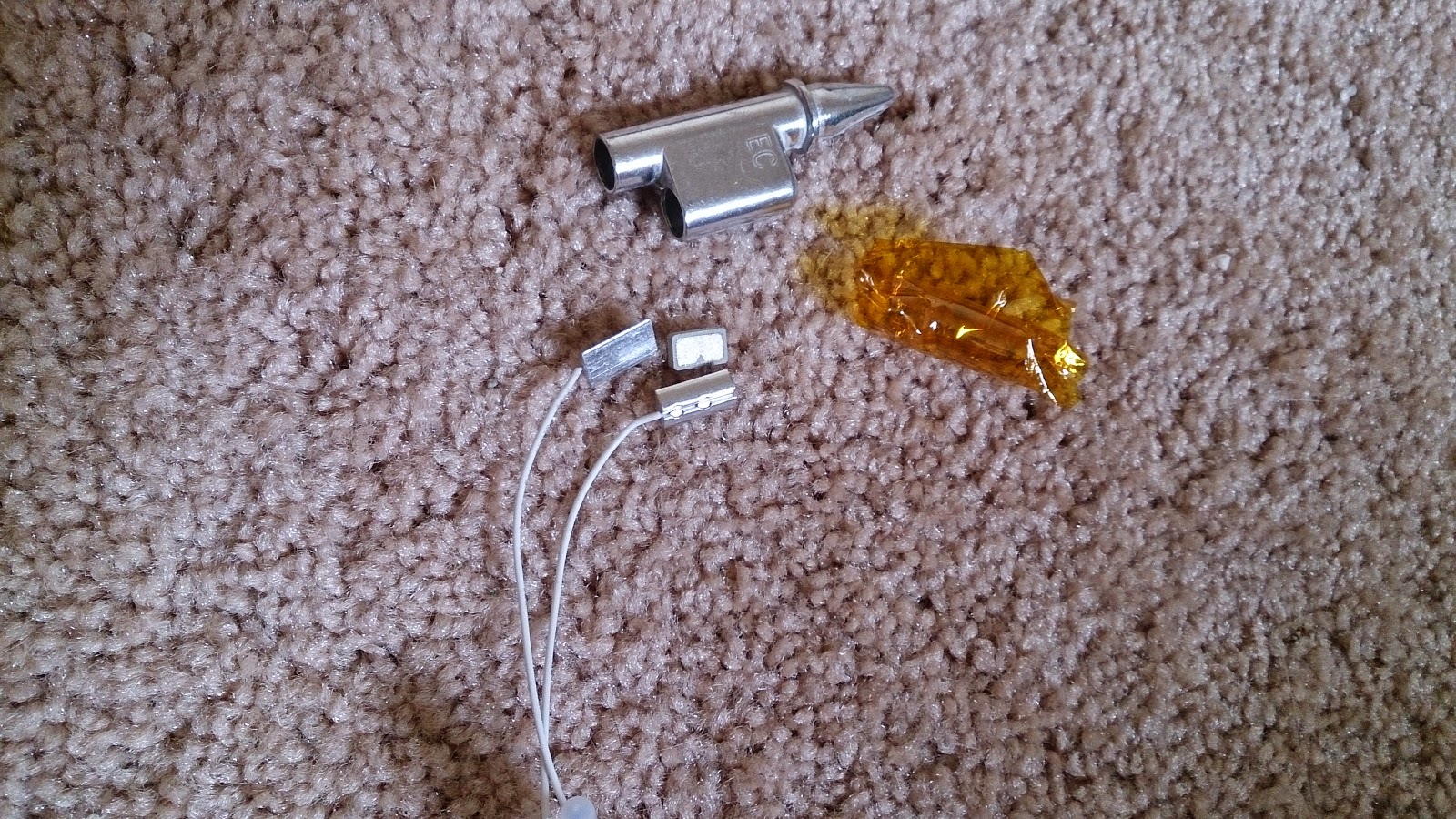 The mechanical parts of the glue gun were reassembled. 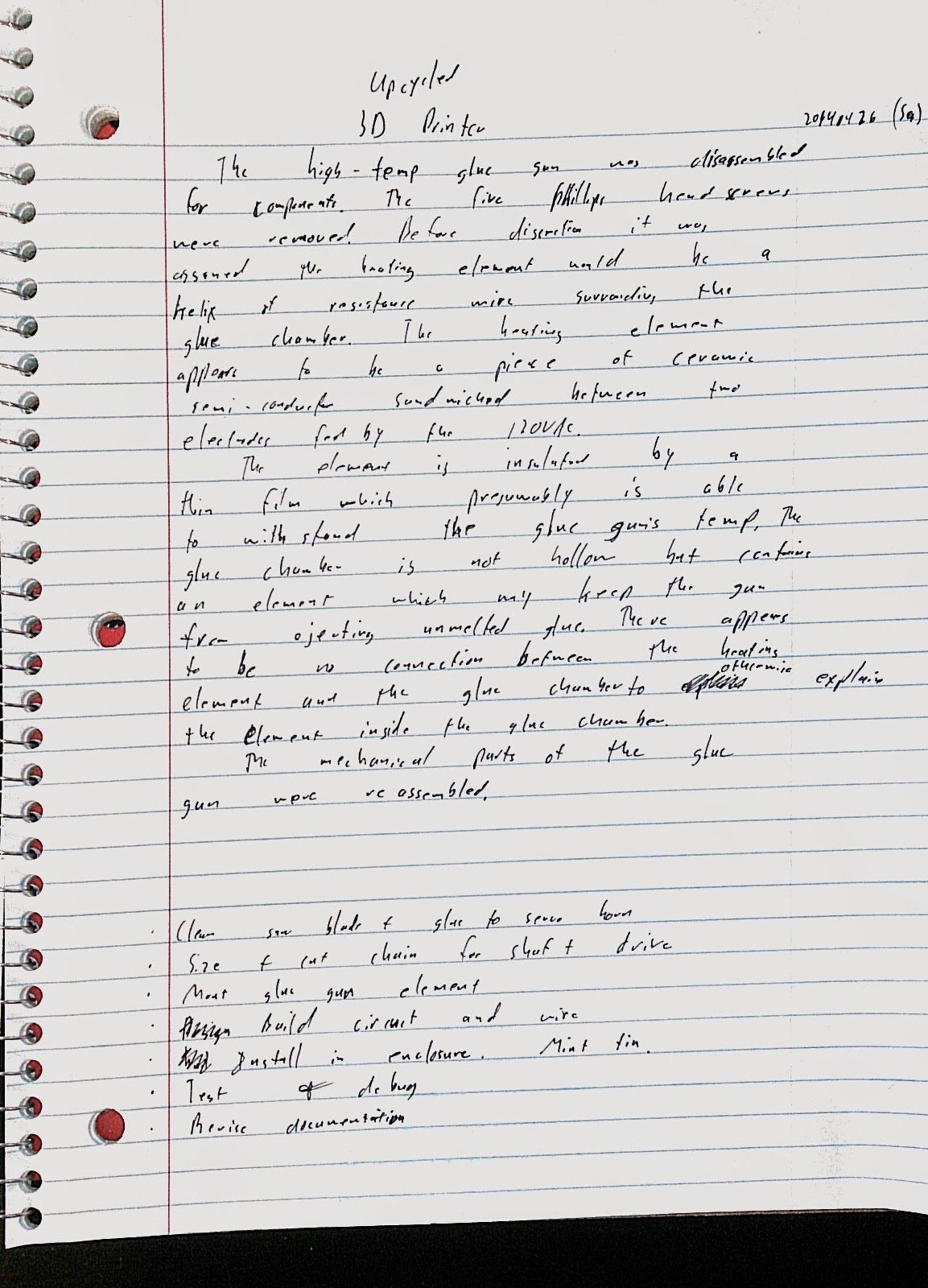