May 15, 2014
Over the last few days I've had plans to get back on track with other projects such as the ASETNIOP keyboard and the podcast with Joe Robertson.  However these are both things which are done from the comfort of my own apartment and that was not where I felt like being so I spent some time at hardware stores and the hack space. 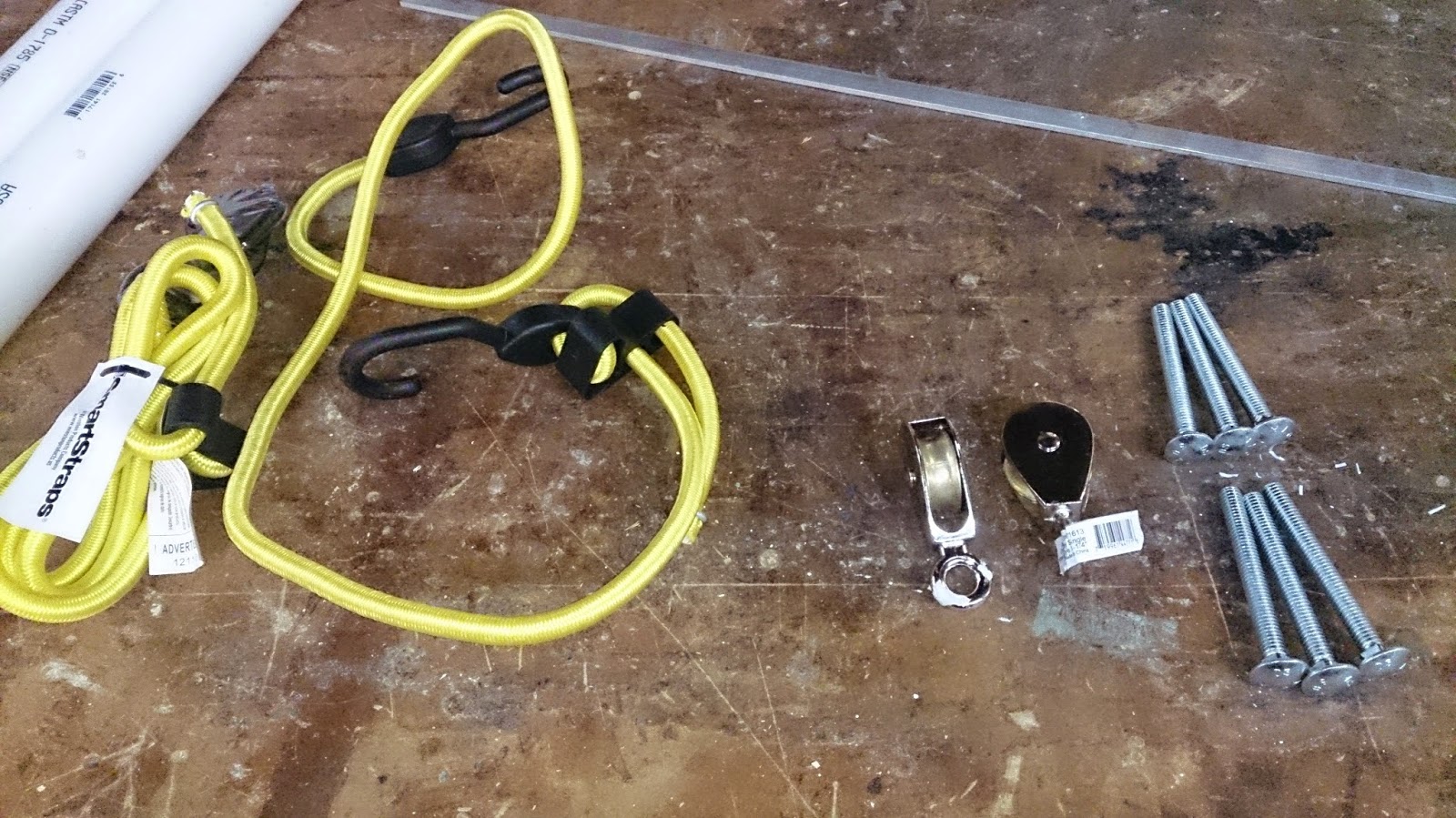 The available PVC was cut into two pieces each 26” long.  They were cut on a radial arm saw. 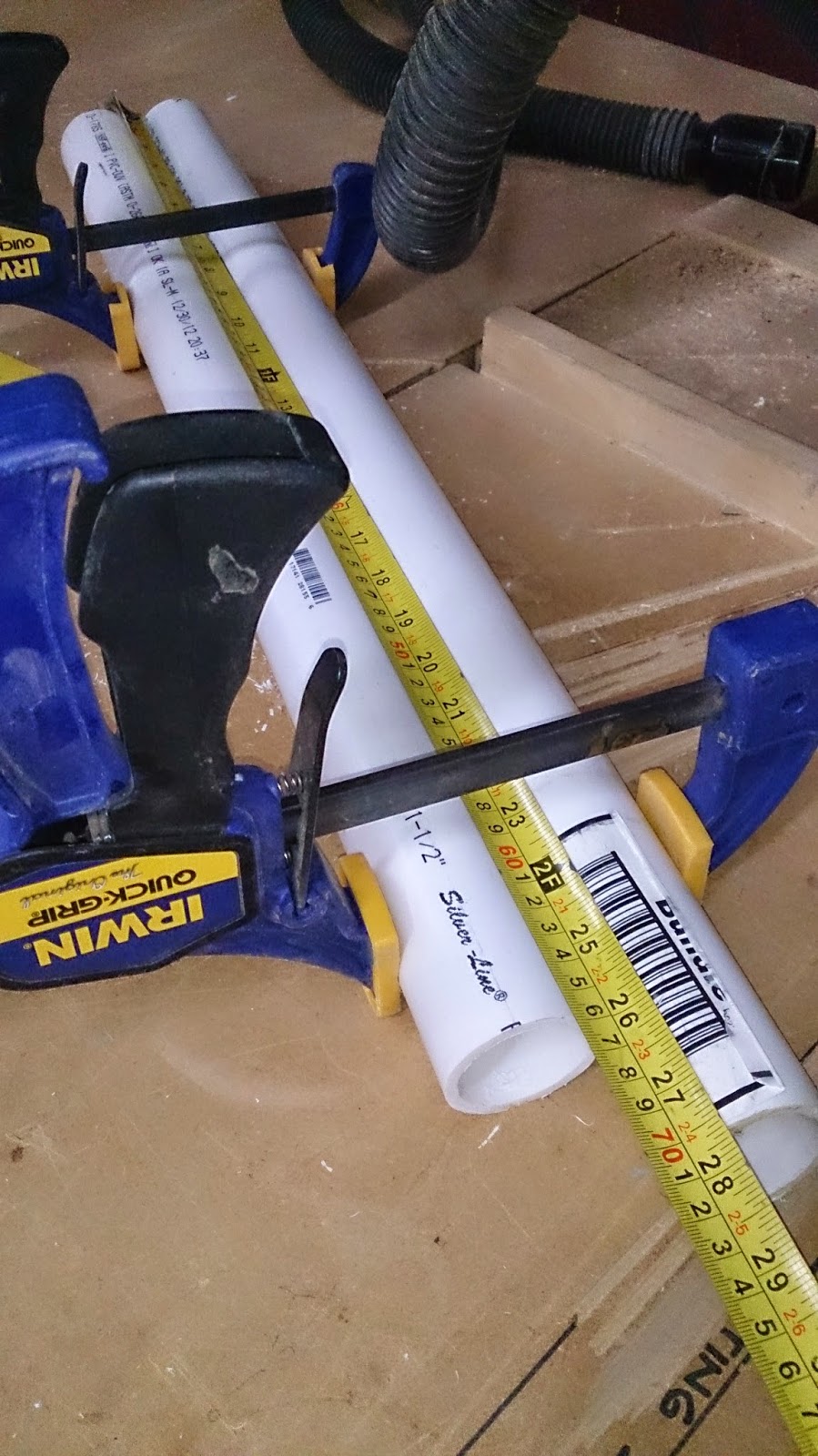 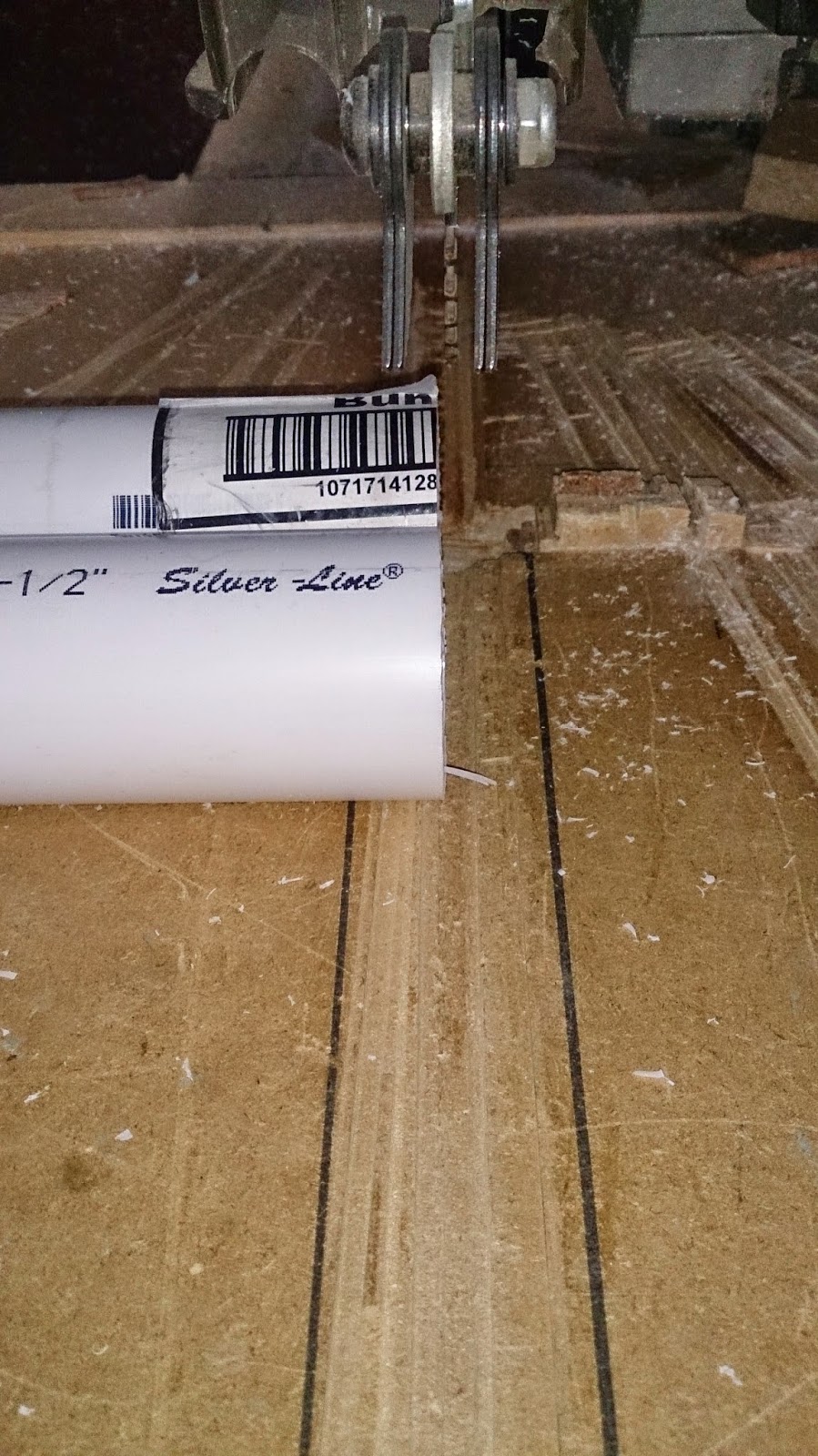 5/16” holes were drilled all the way through the PVC 1” from one end.  This hole will hold the rear pulley. 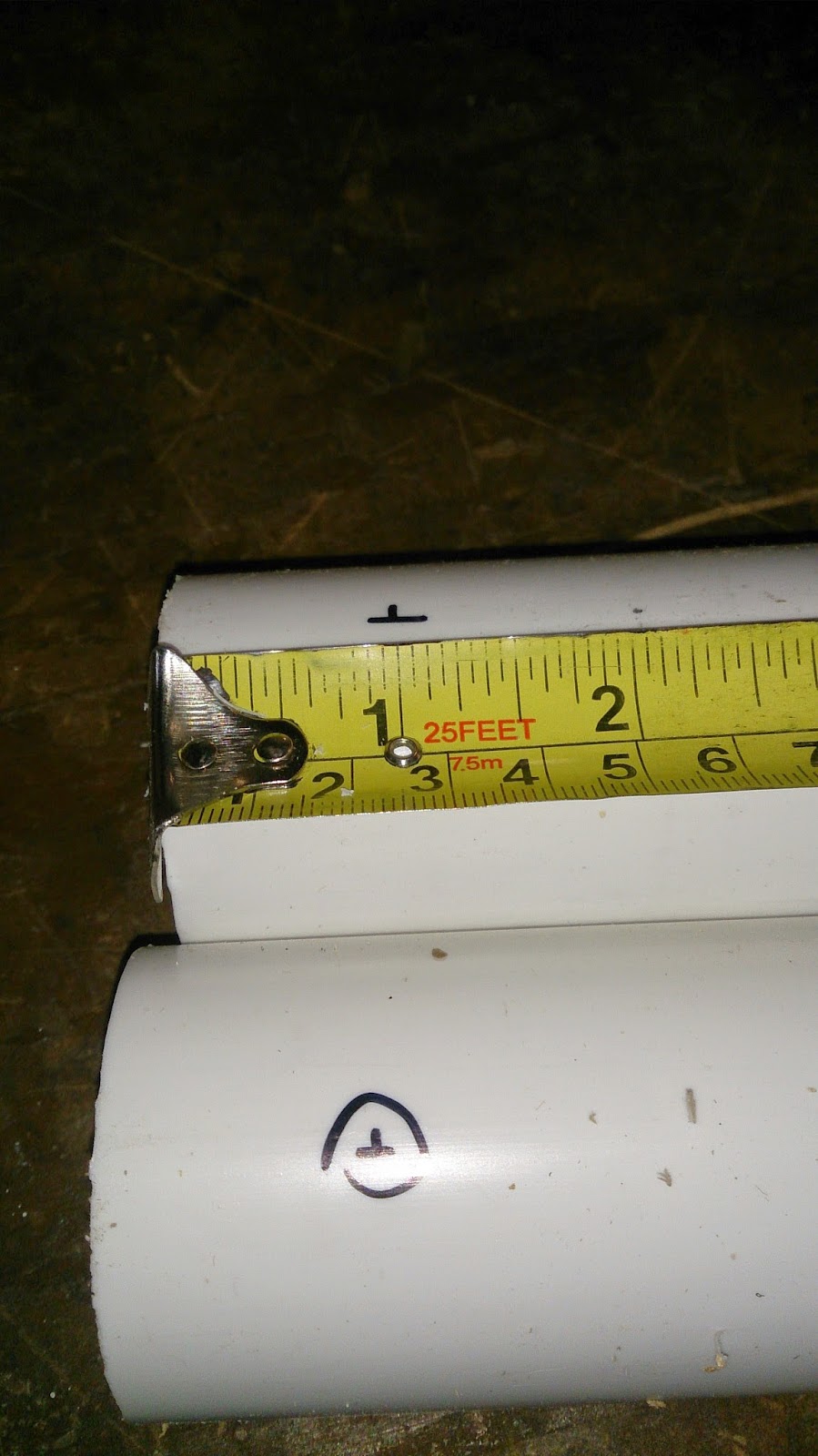 Marked 1 inch from the end 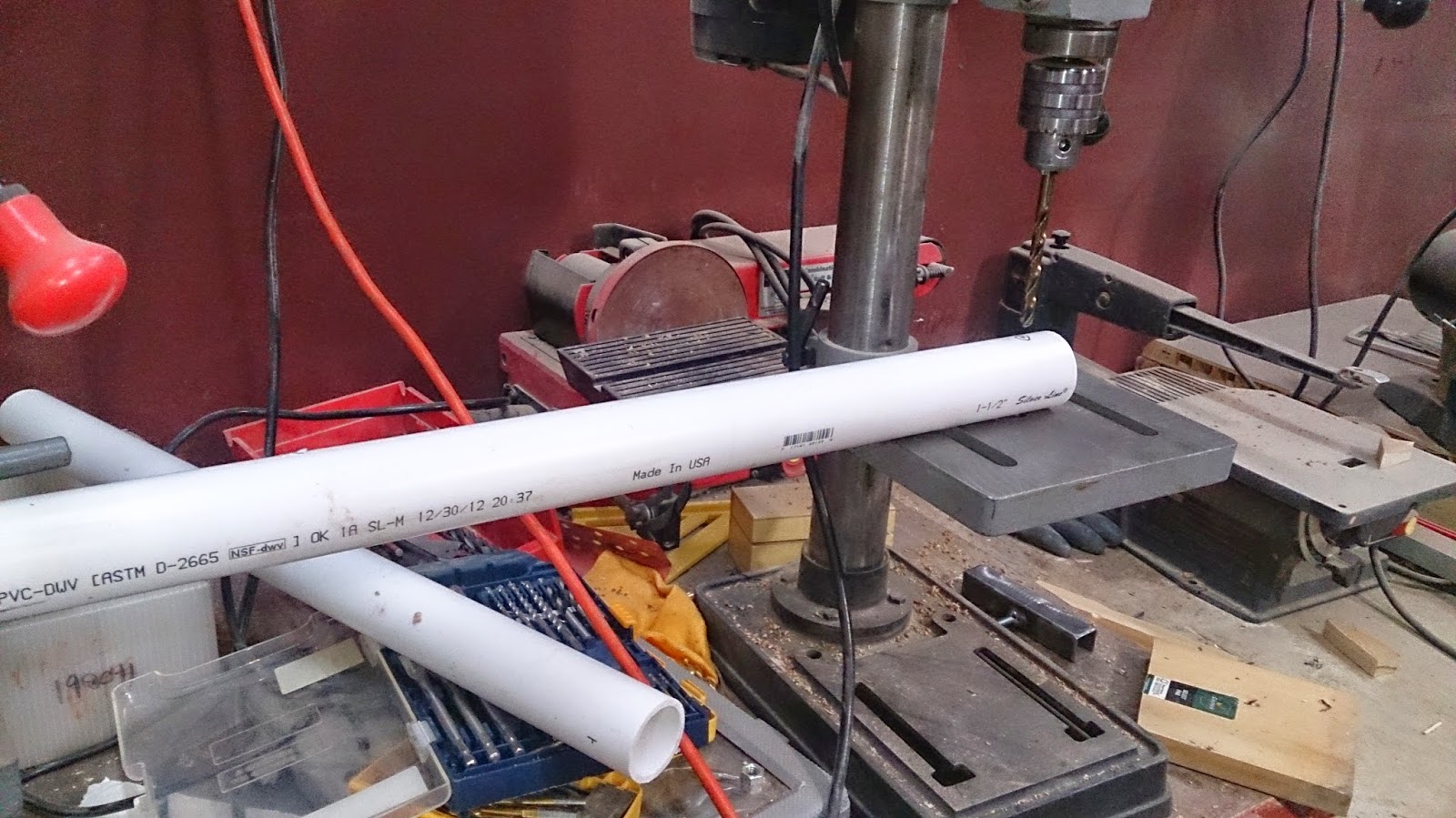 Set up on drill press 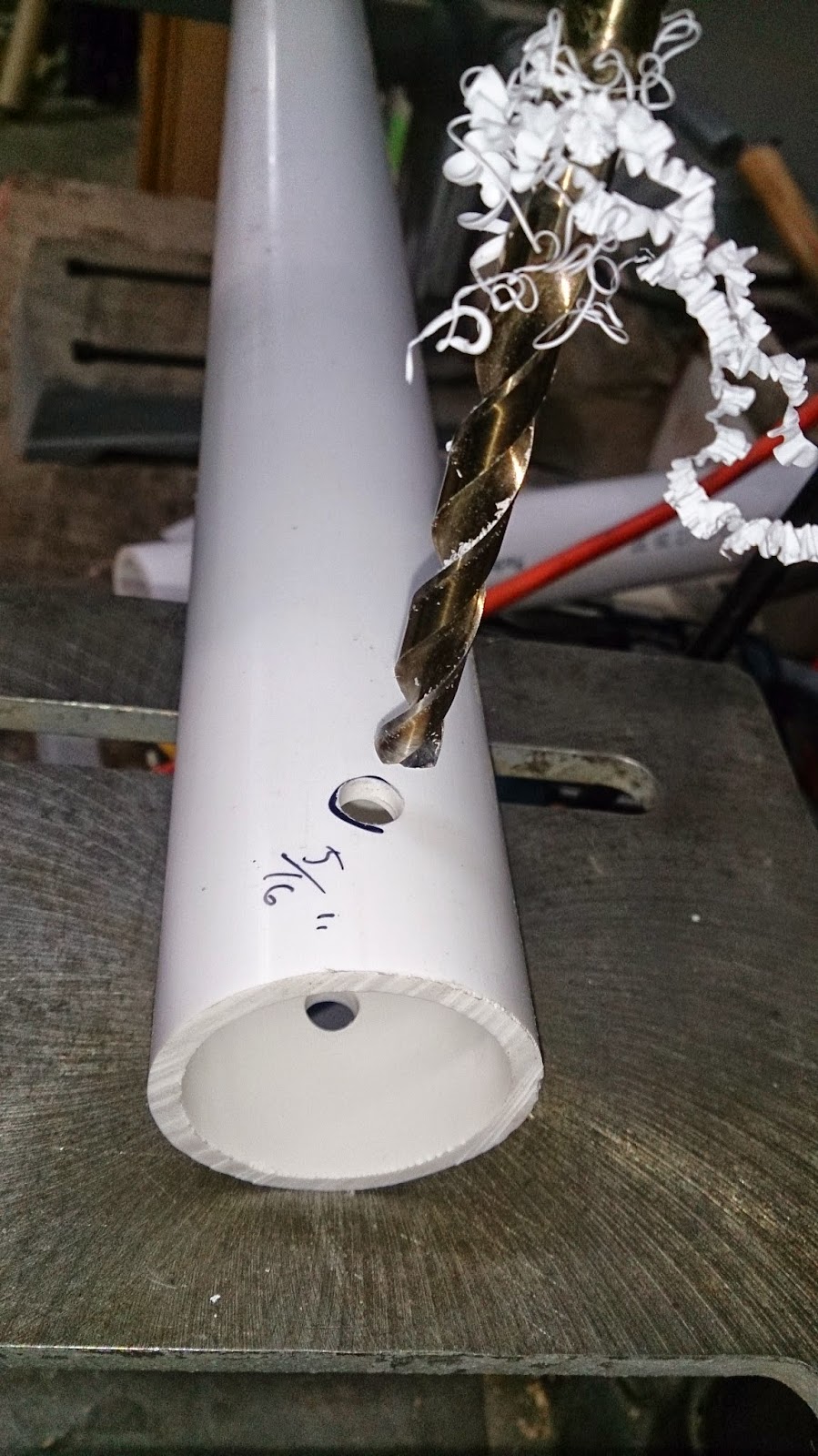 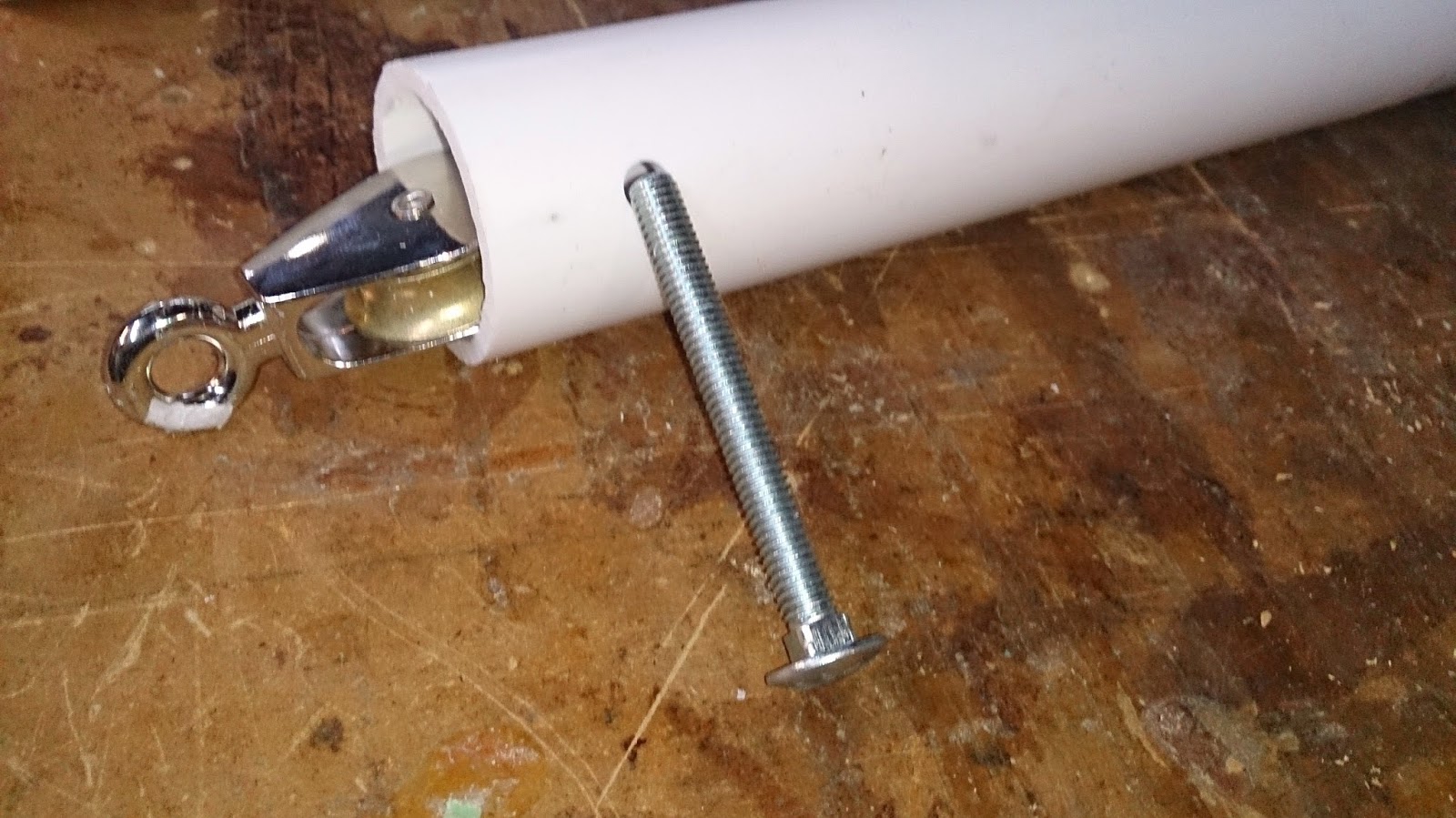 The corner brace was drilled to 5/16” in the corner where it can act as a hinge.  The wiggle room for the hinge was calculated by shifting the corner brace around the hinge, sketching the placement and measuring the greatest distance from the hinge point. 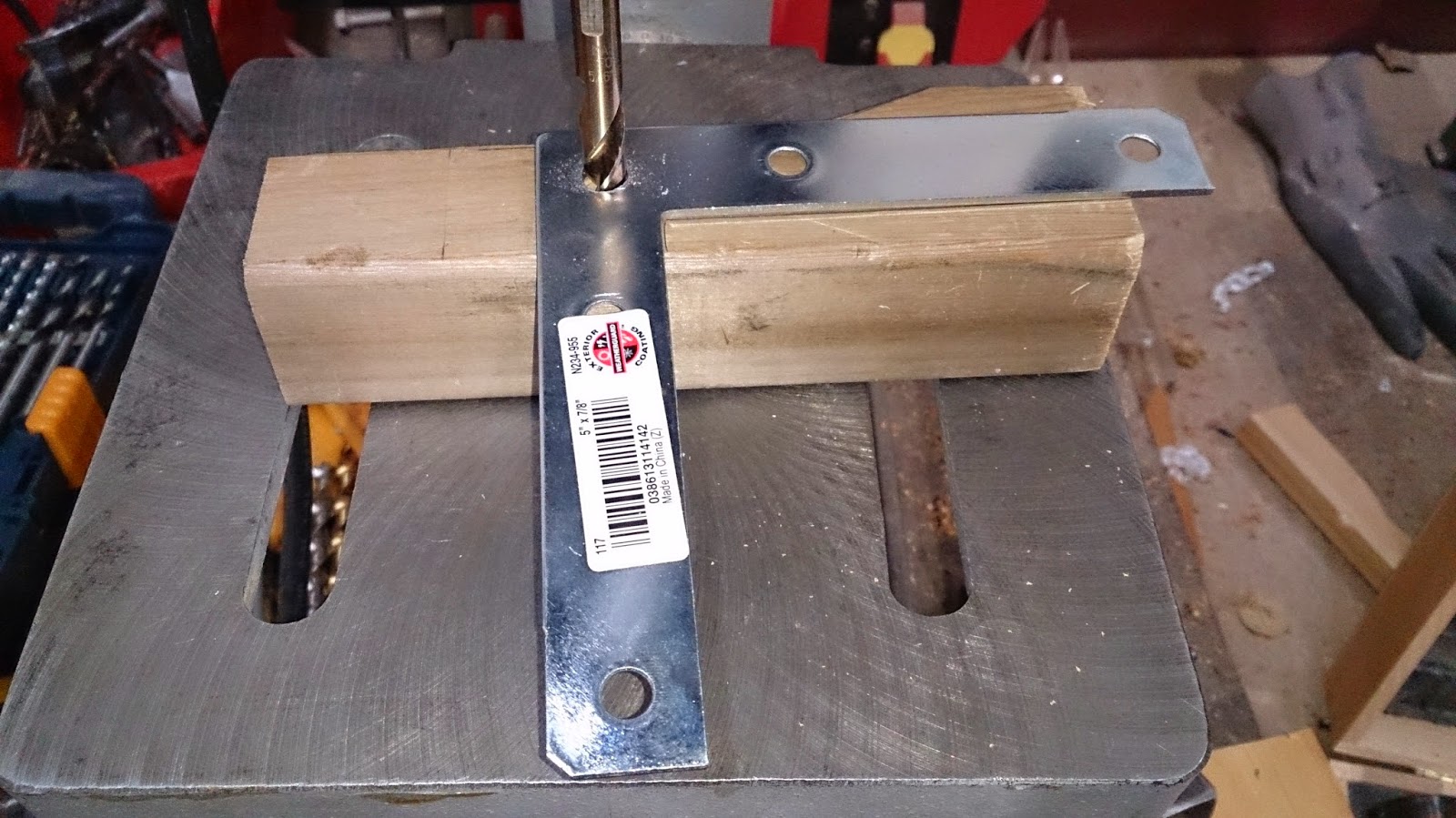 The corner brace, as shown on the drawings, will serve to push the tensed bungee off the catch, similar to a crossbow.

A new hinge-catch was cut to length on a radial arm saw and shaped with a band saw. 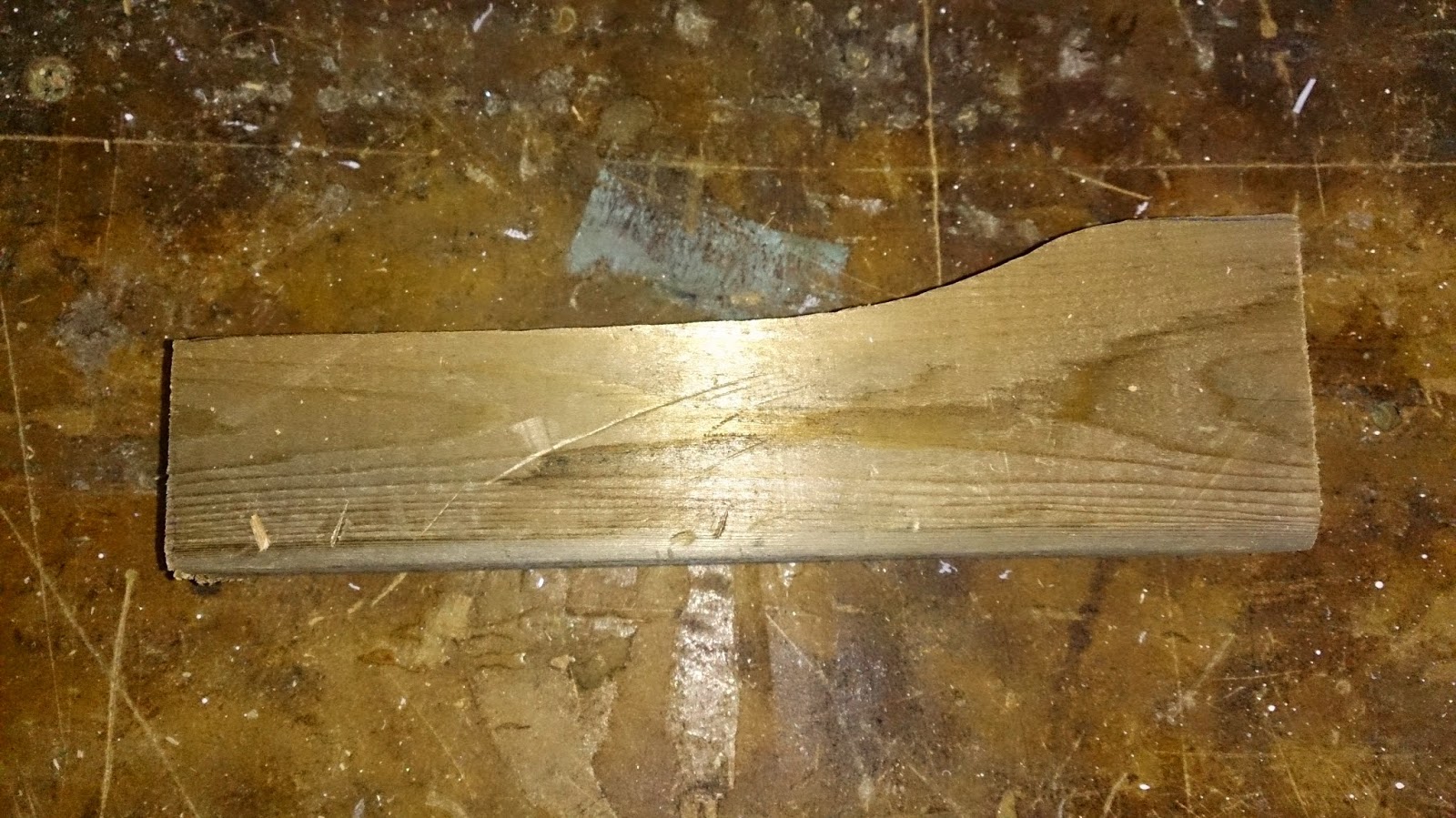 The piece had a groove cut down the middle using a radial arm saw raised up so the piece was not split. 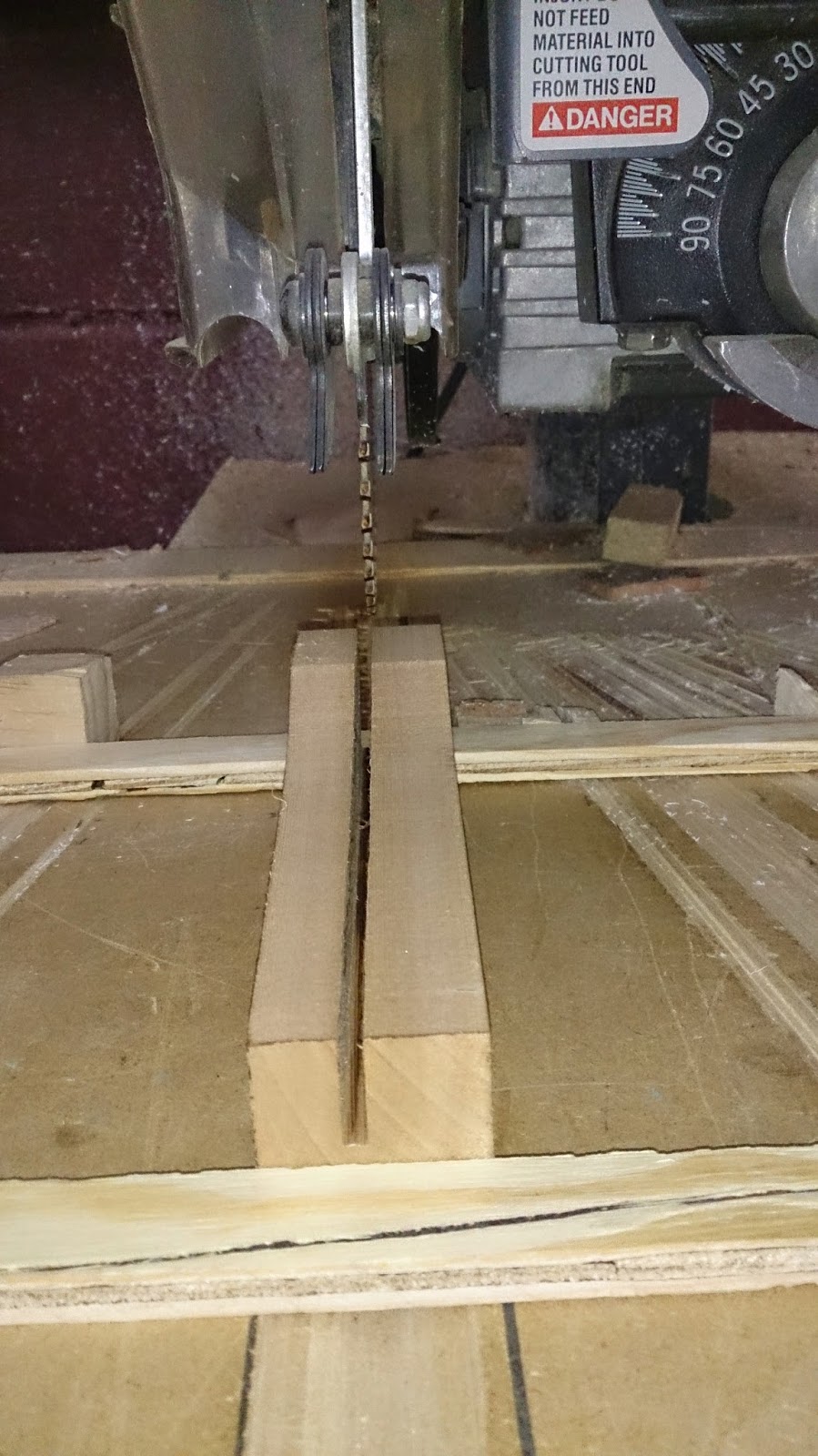 Cutting a groove with a radial arm saw

The bolt hinge position was marked by holding the corner brace in place.  The 90° will need to be rounded on a grinder since it sticks out.  The hole was drilled to 5/16” like the corner brace. 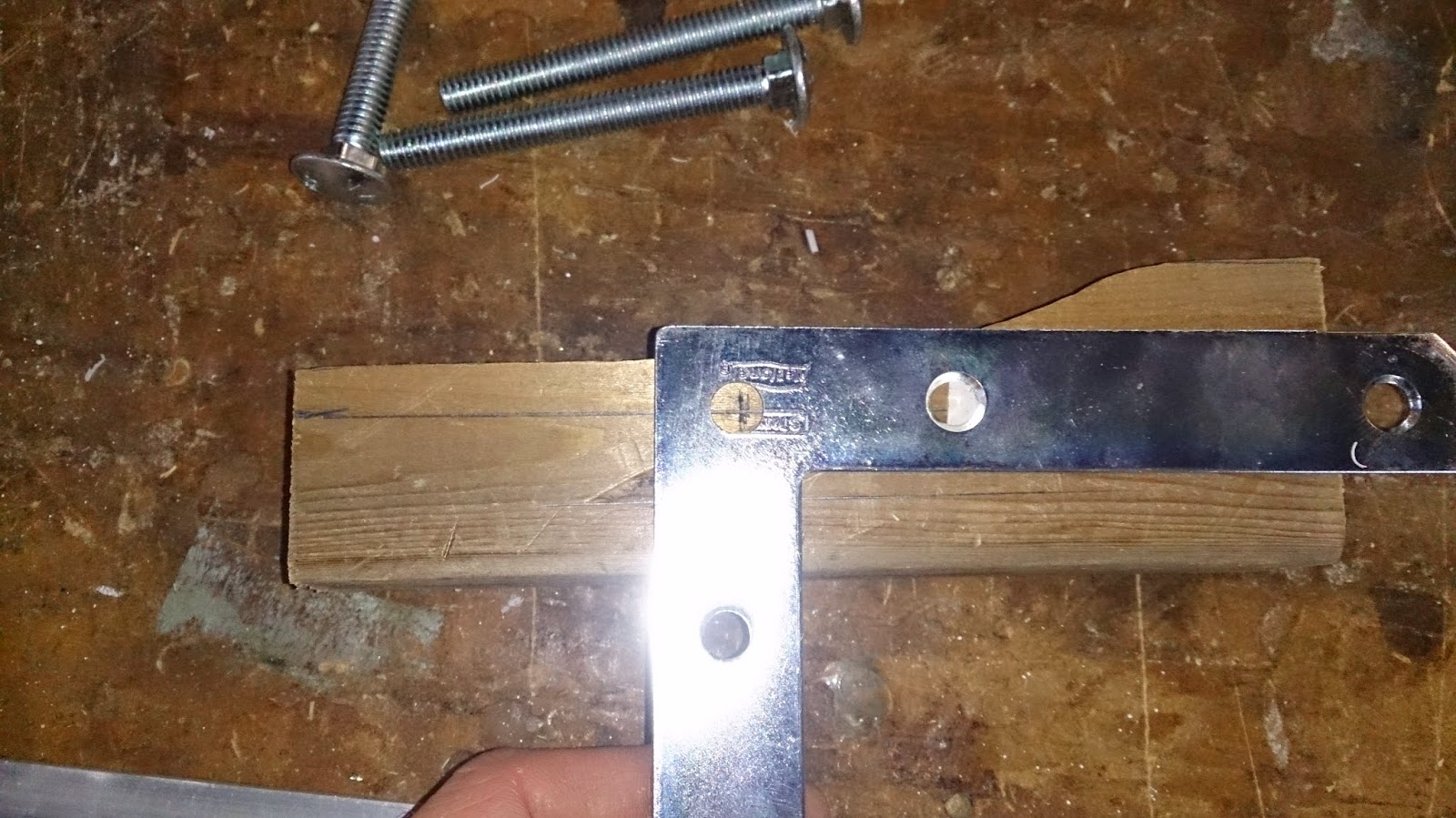 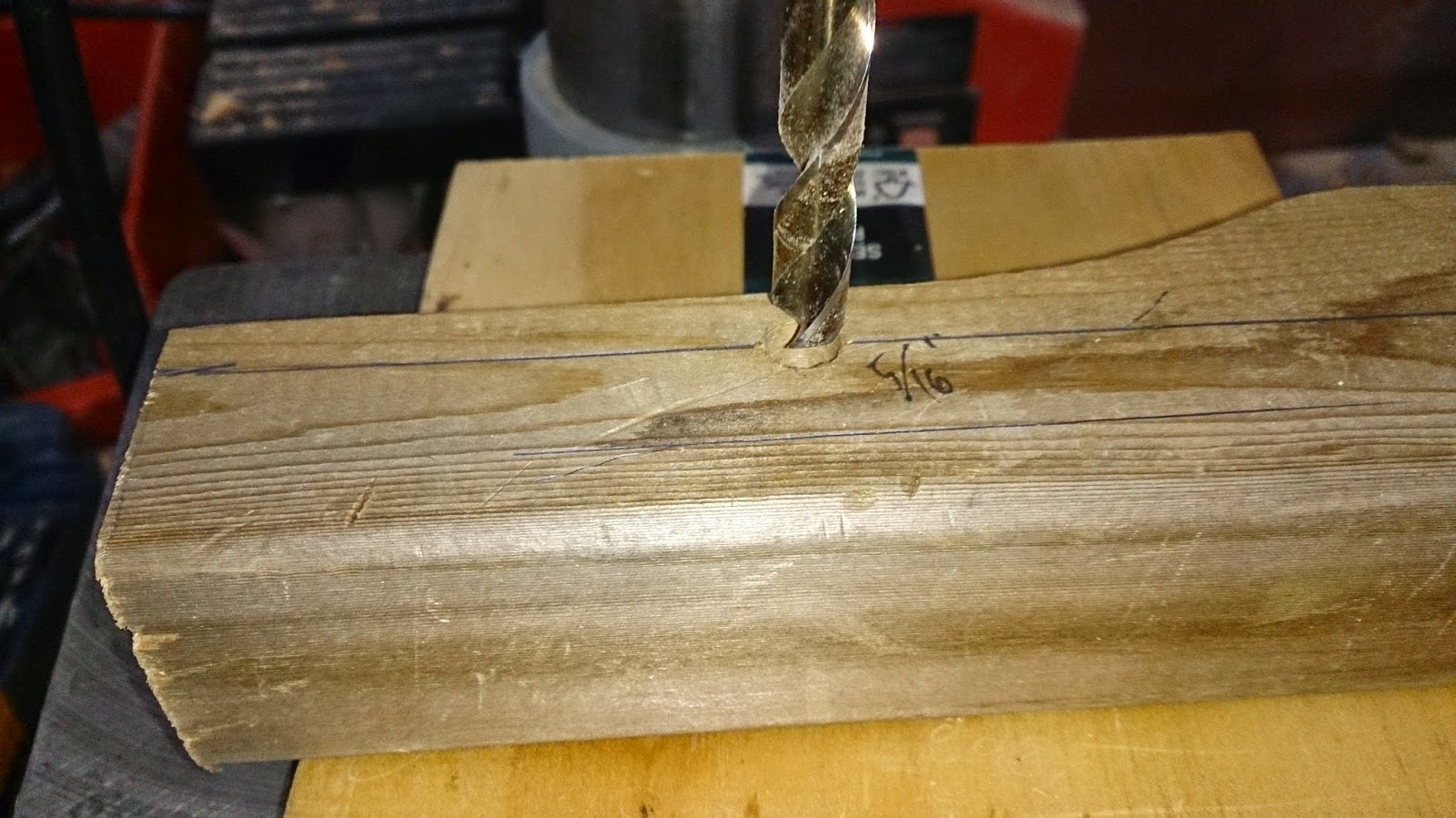 Above and in line with the bolt hinge hole a 1 1/16” hole was drilled with a Forstner bit. 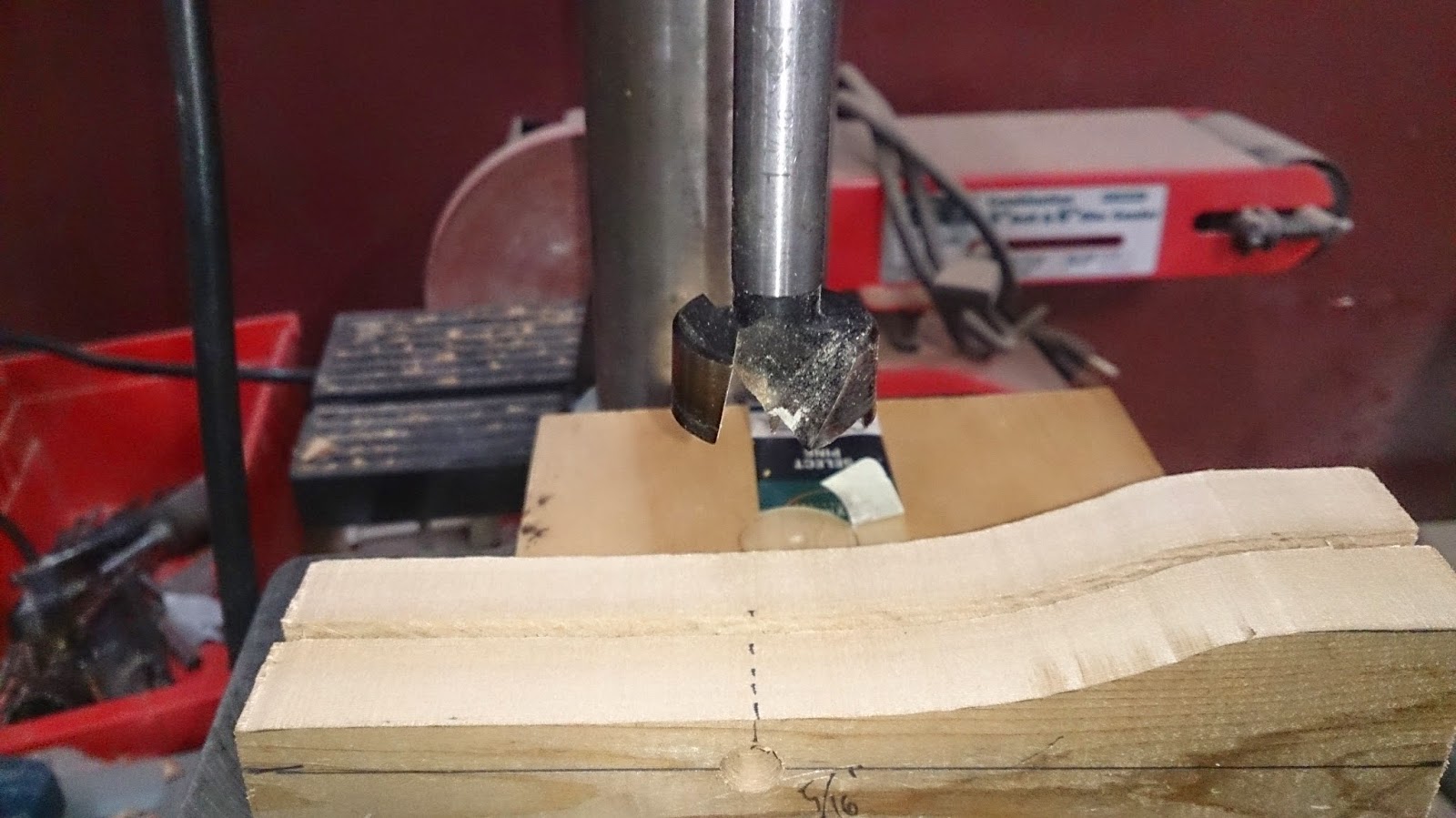 Lines indicating where to drill the hole 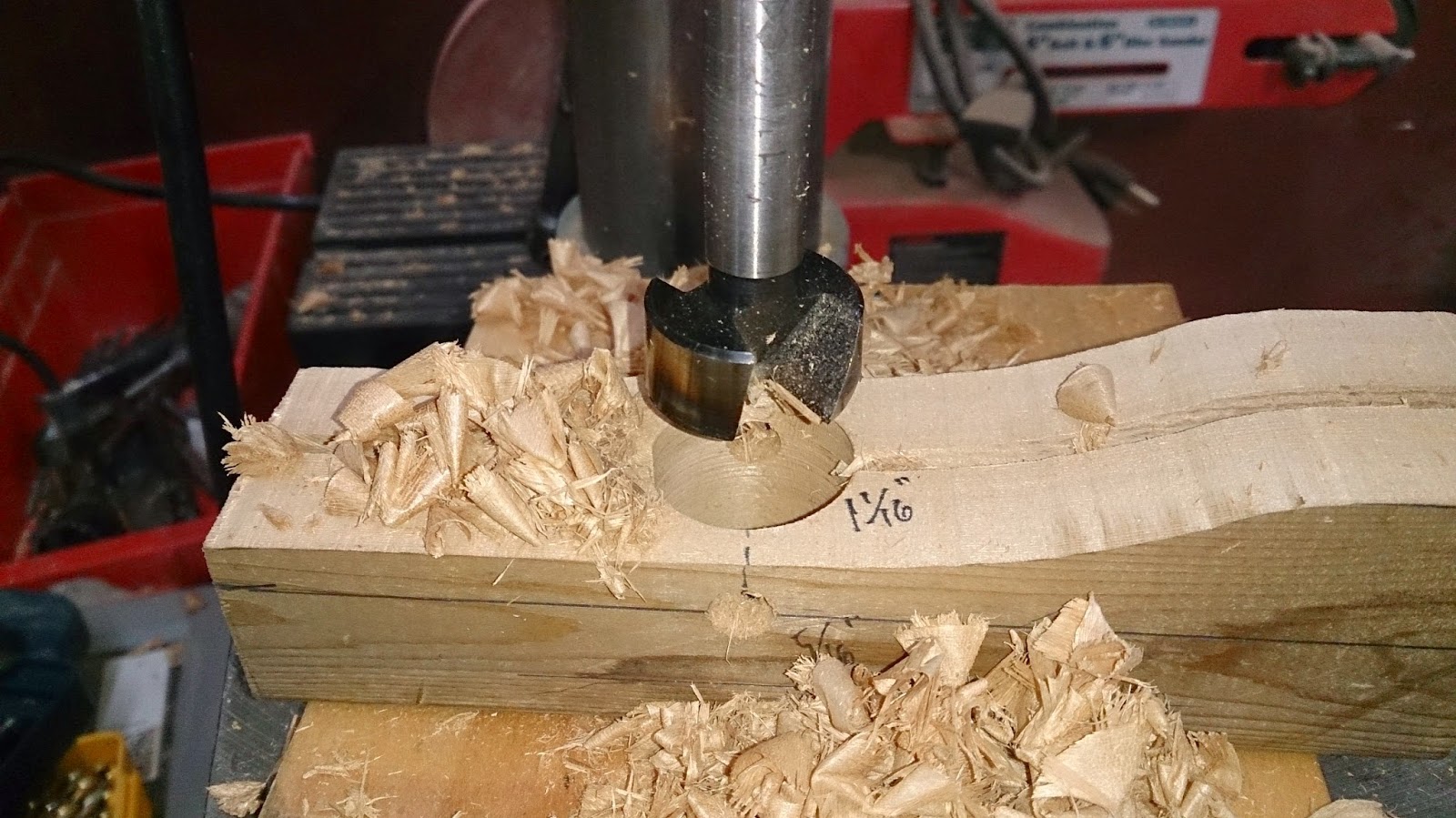 A 5/16” bolt was inserted into the hole and the corner brace should work well to push the elastic off the catch when moved.  This movement will likely be initiated by the user pulling a bicycle brake handle mounted as the trigger.

A phone discussion with my teammate also explored the idea a spring-loaded model which would have a very simple/elegant design. 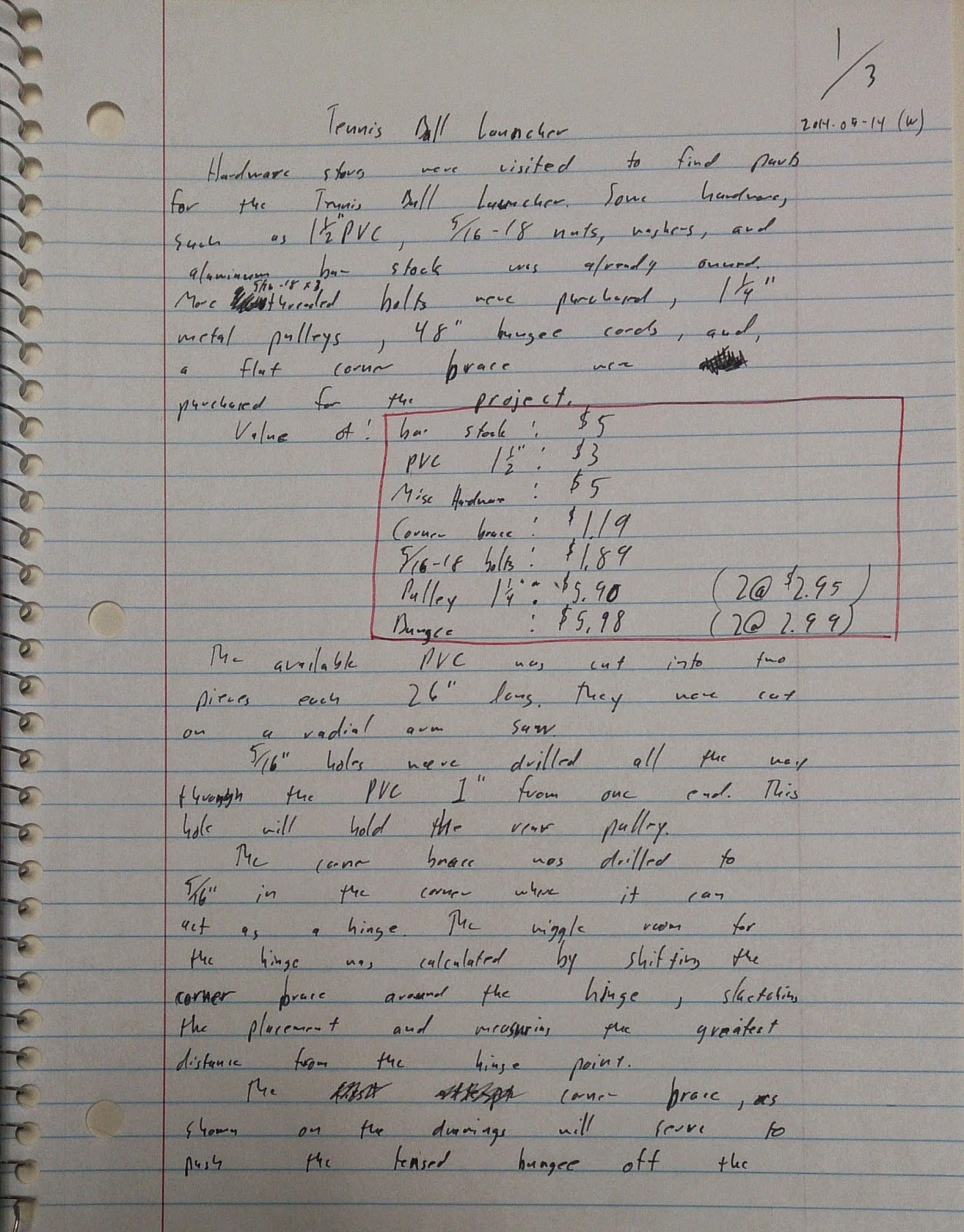 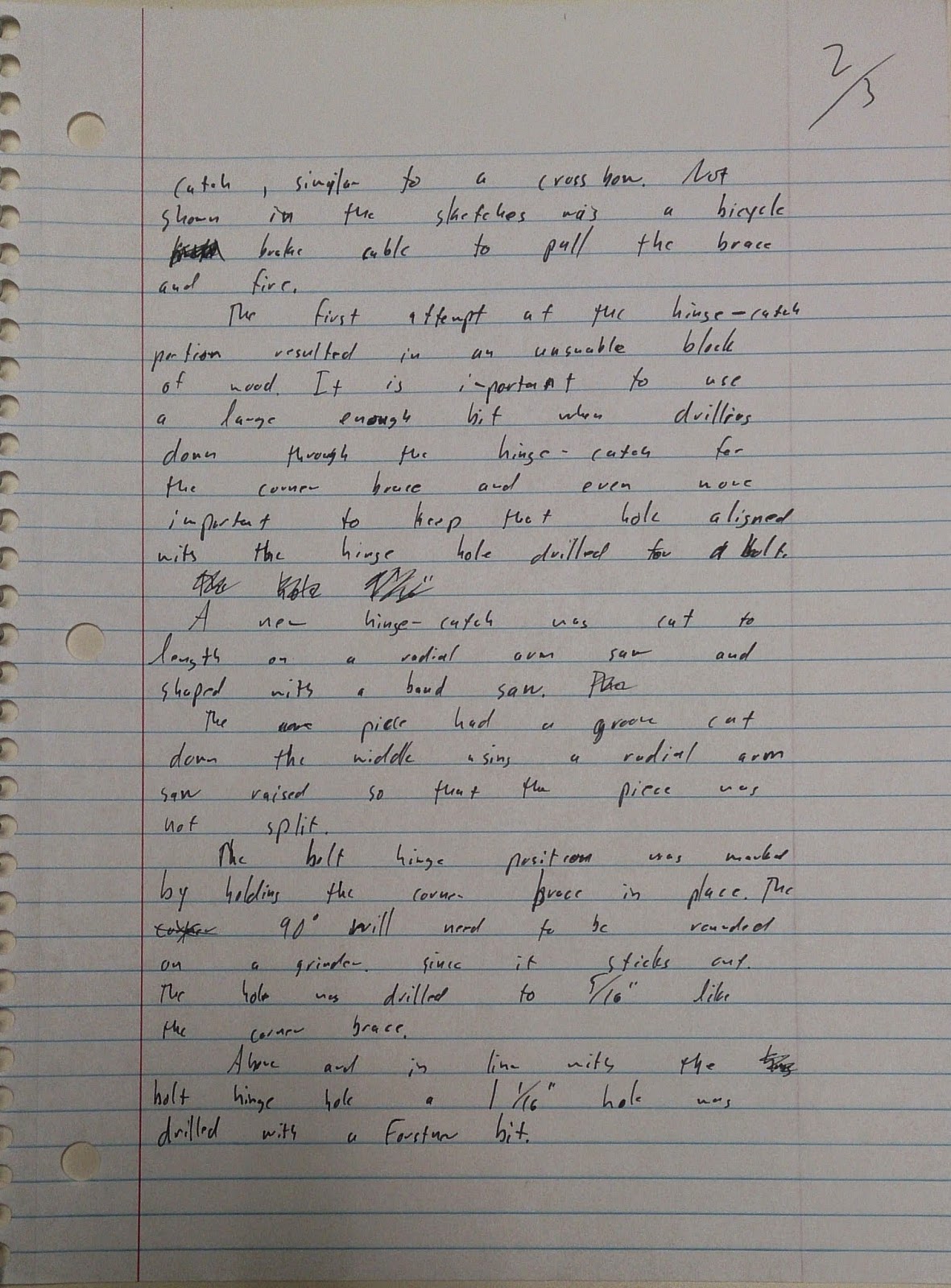 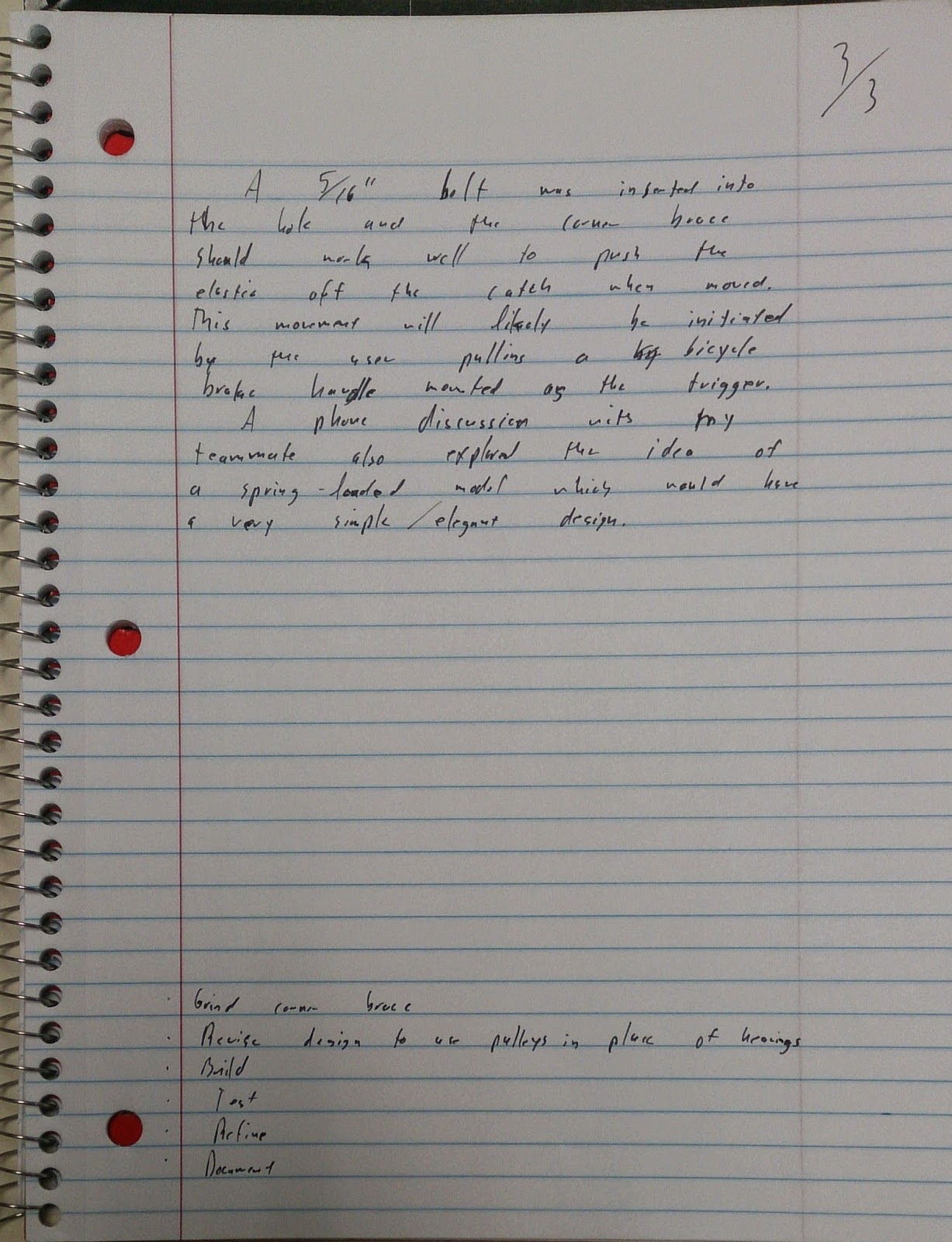