May 18, 2014
Taking pictures while I work on projects has helped me immensely to recall what I did and will hopefully assist anyone who tries to copy or improve on my ideas.

Enough background.
----------
A hardware chain store was visited to buy o-rings which fit into the cylindrical jar.  The I.D. of the jar was roughly one inch.  Three sizes of o-rings were purchased. 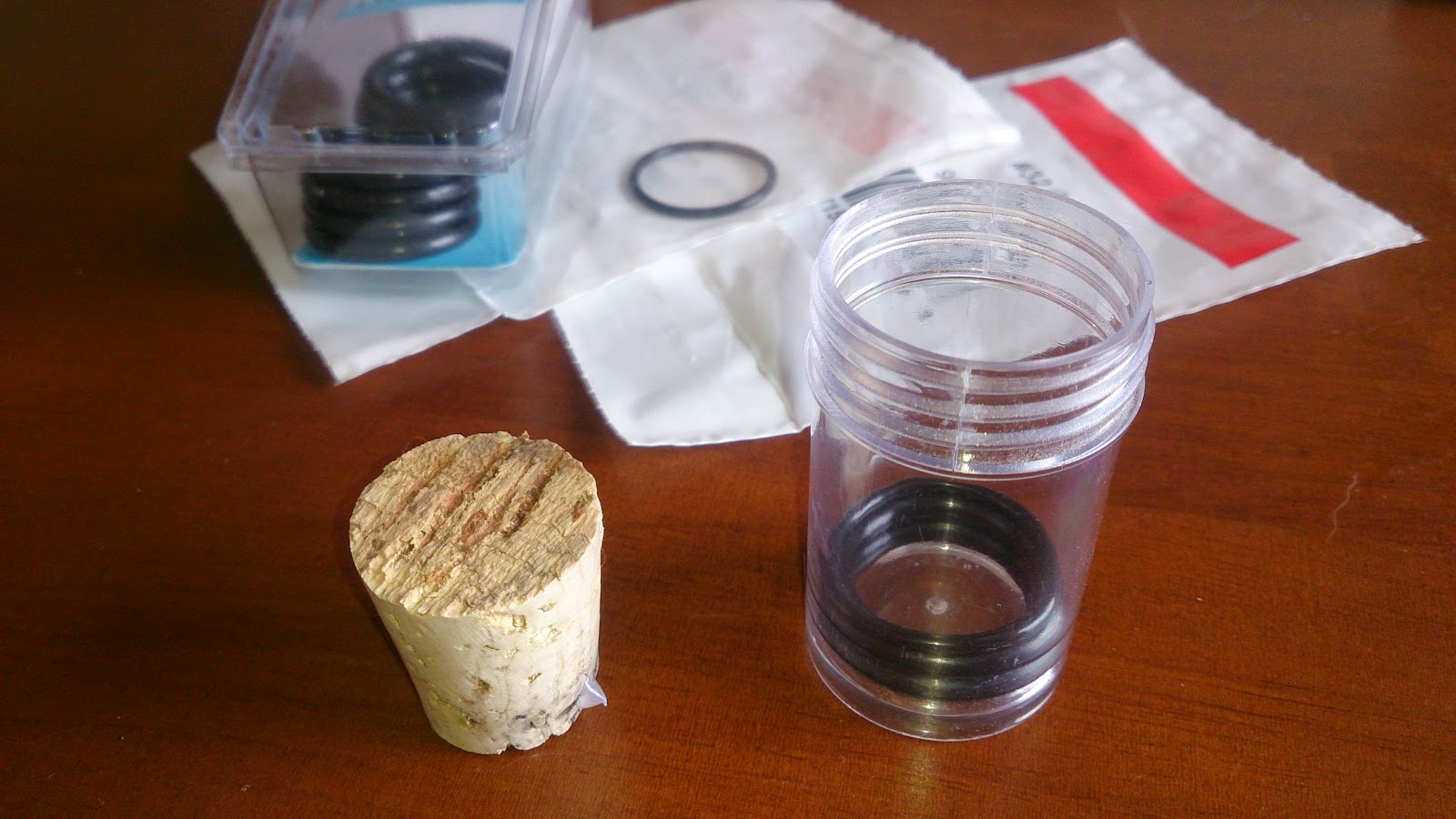 Supplies and o-rings in the jar 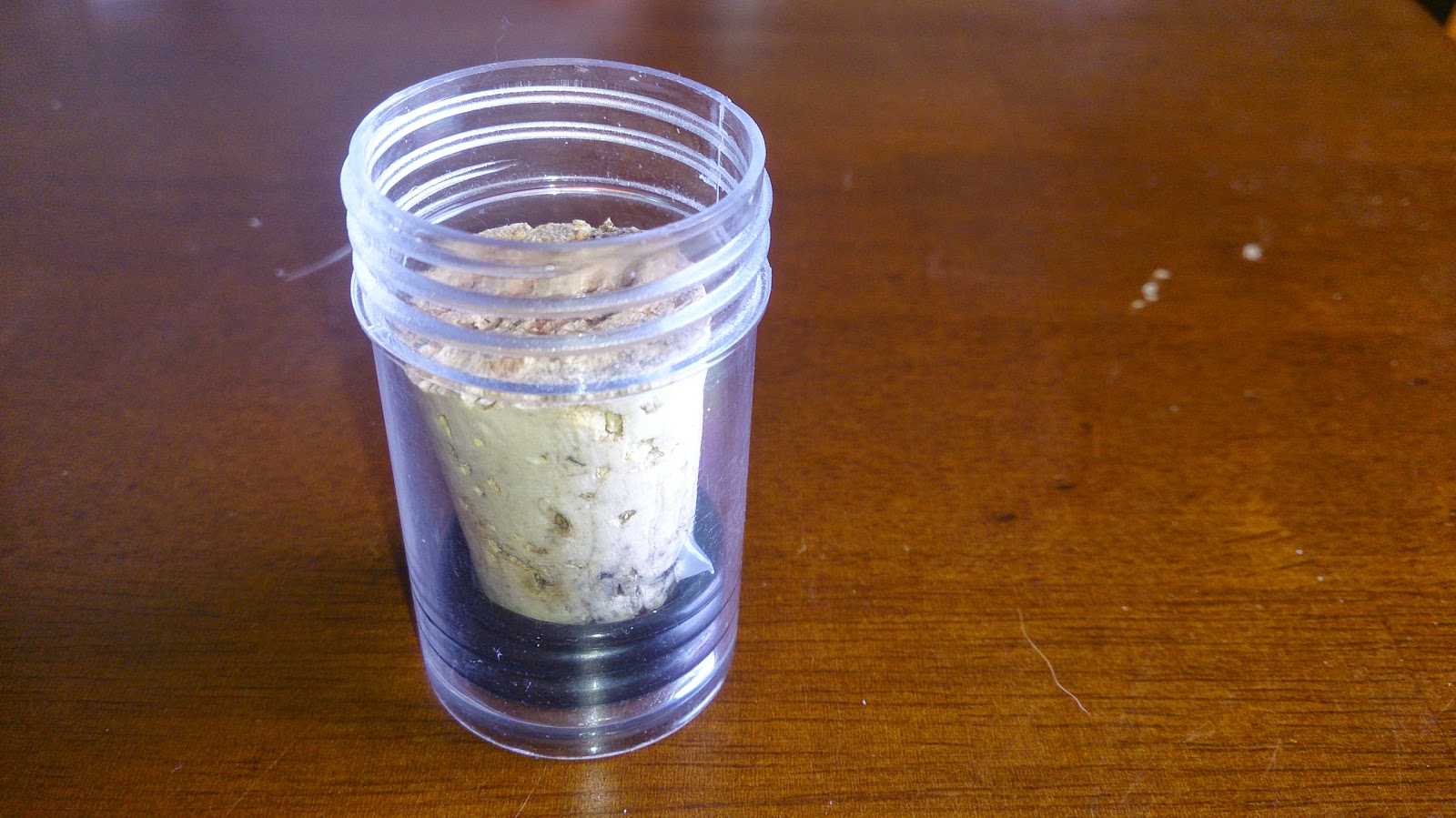 The cork resting on the o-rings

The jar was filled with water and the cork floated against the lid.  The buoyancy inadvertently provided friction against the cork which would not spin like a compass. 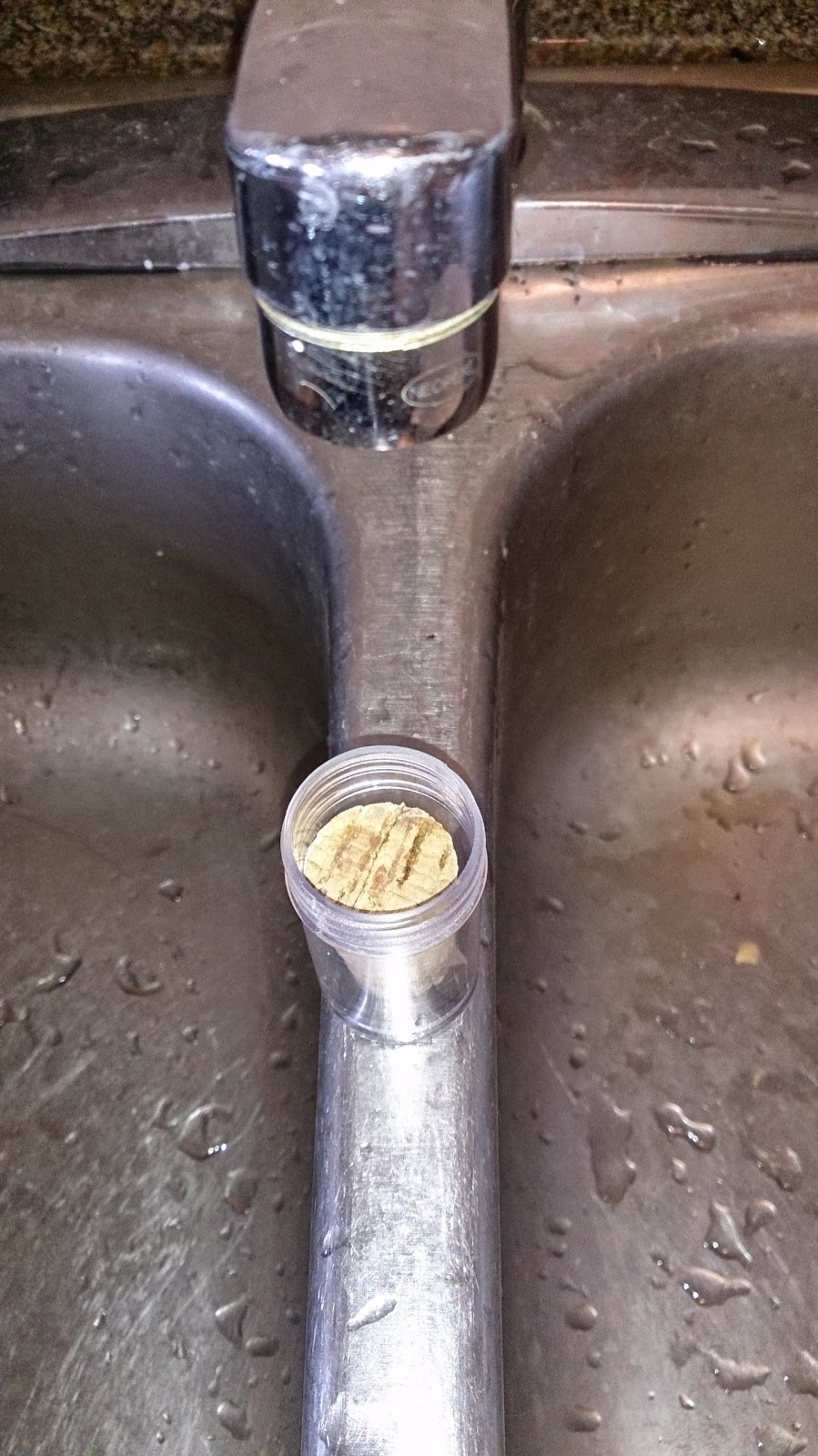 Compass about to be filled with tap water 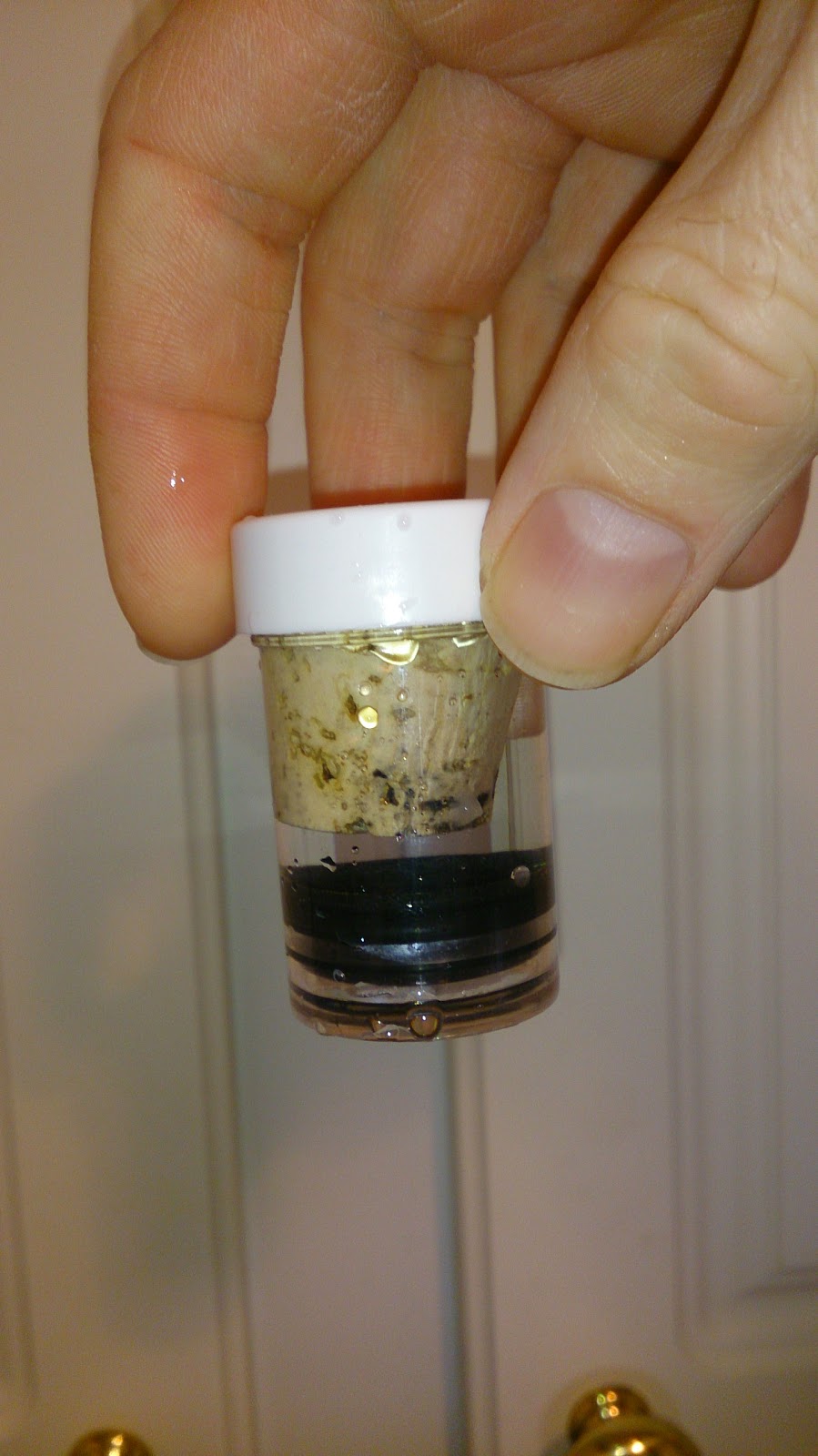 Cork floating against the jar lid

Rotating compass while it could not spin

Thin slices of cork were taken away using a kitchen knife which proved to make cleaner cuts than a band saw.  The knife was a fine edge santoku-style knife with a thin blade.  Cork was slowly removed until it was negatively buoyant. 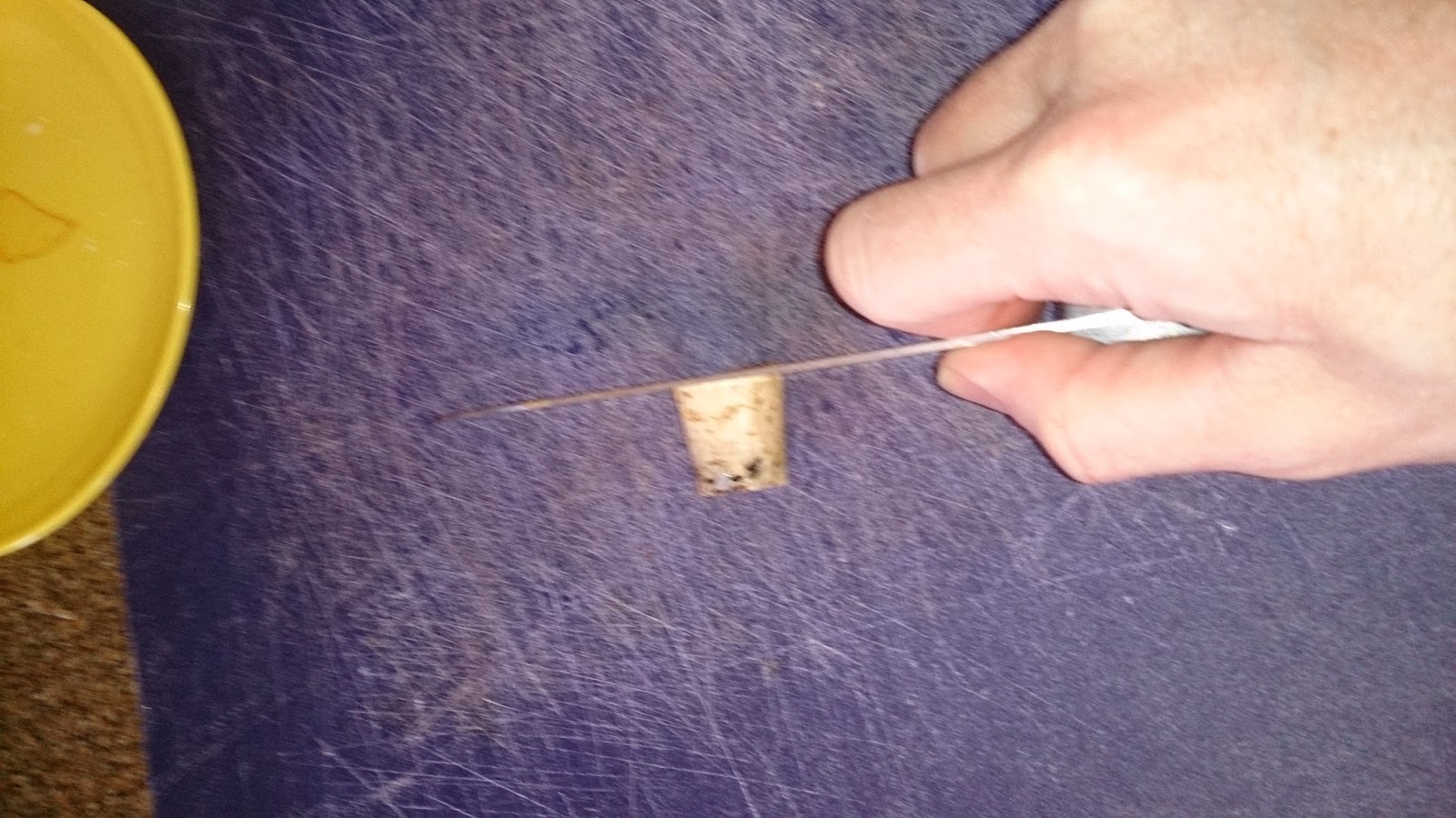 Using a knife to cut the cork 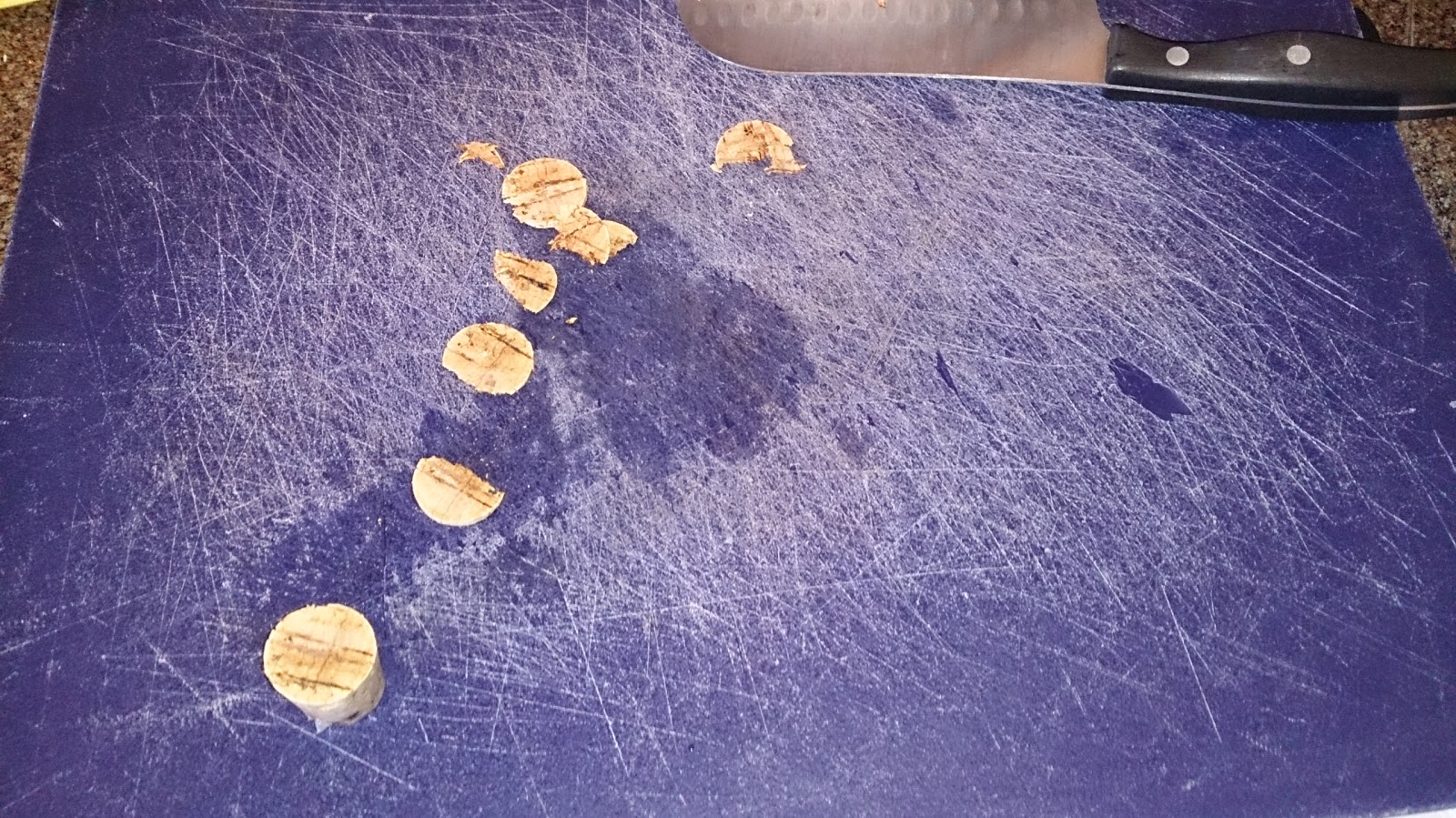 Scrap slices of the cork

When the cork sank in the jar it would easily spin as compass is expected to spin.

Corked magnet acting as a compass