May 21, 2014
This weekend is Memorial Day, a national holiday in the states.  I’m taking a three-night primitive camping trip so updates will not be guaranteed.  I might be saving a strange treat for you though.  We’ll see.

Enough background
----------
When an O-ring was stretched over a ¾” dowel it fit snuggly but would not spin the in jar.  The O-ring is loose in the jar, near the top, when it is not around the dowel.  The dowel was marked with three marks.  A mark where to cut the dowel to night, one mark of where to thin the dowel so it can rotate freely inside an O-ring and a spot to cut a thin groove for an O-ring to sit loosely. 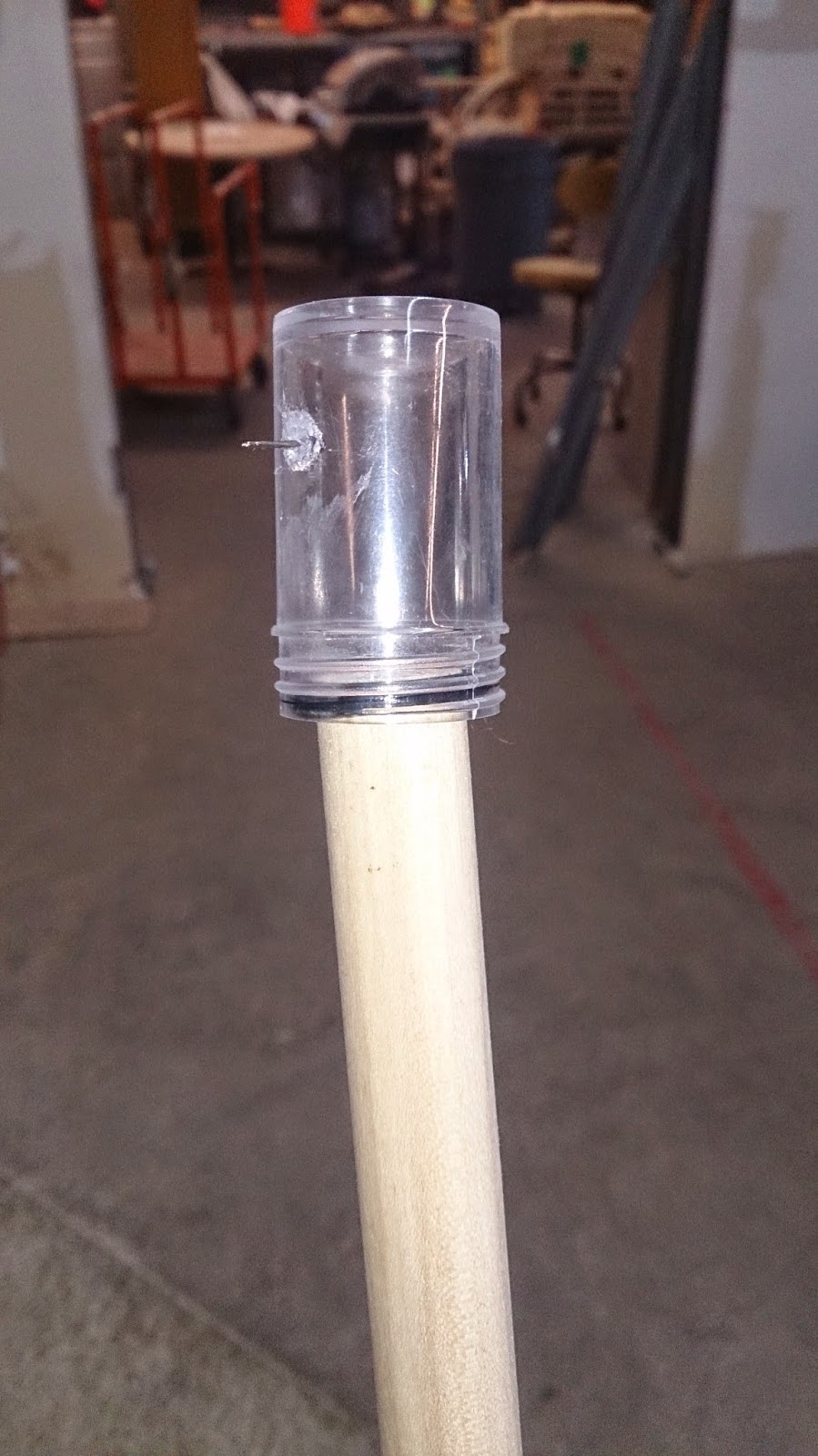 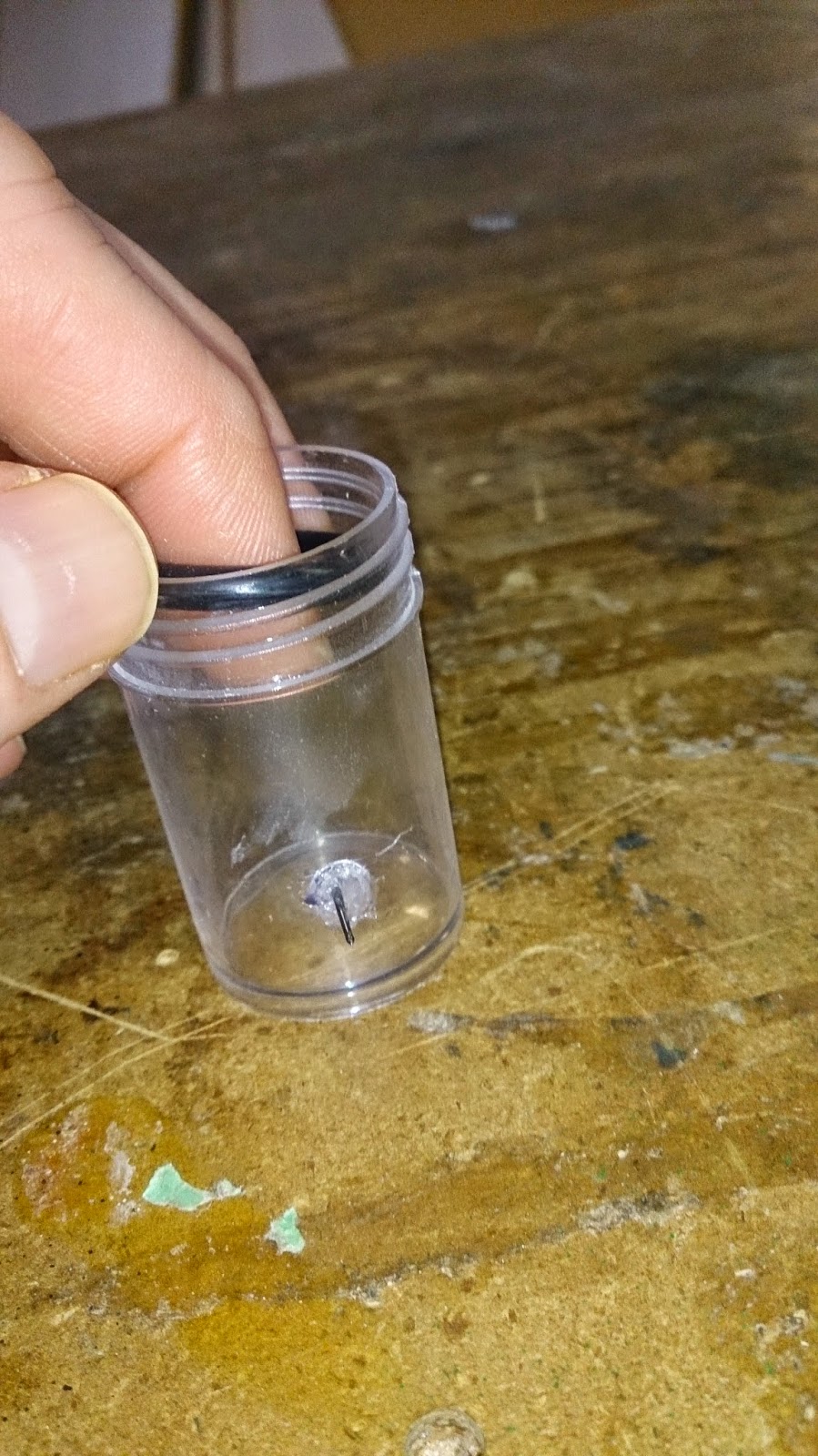 Loose O-ring in a jar 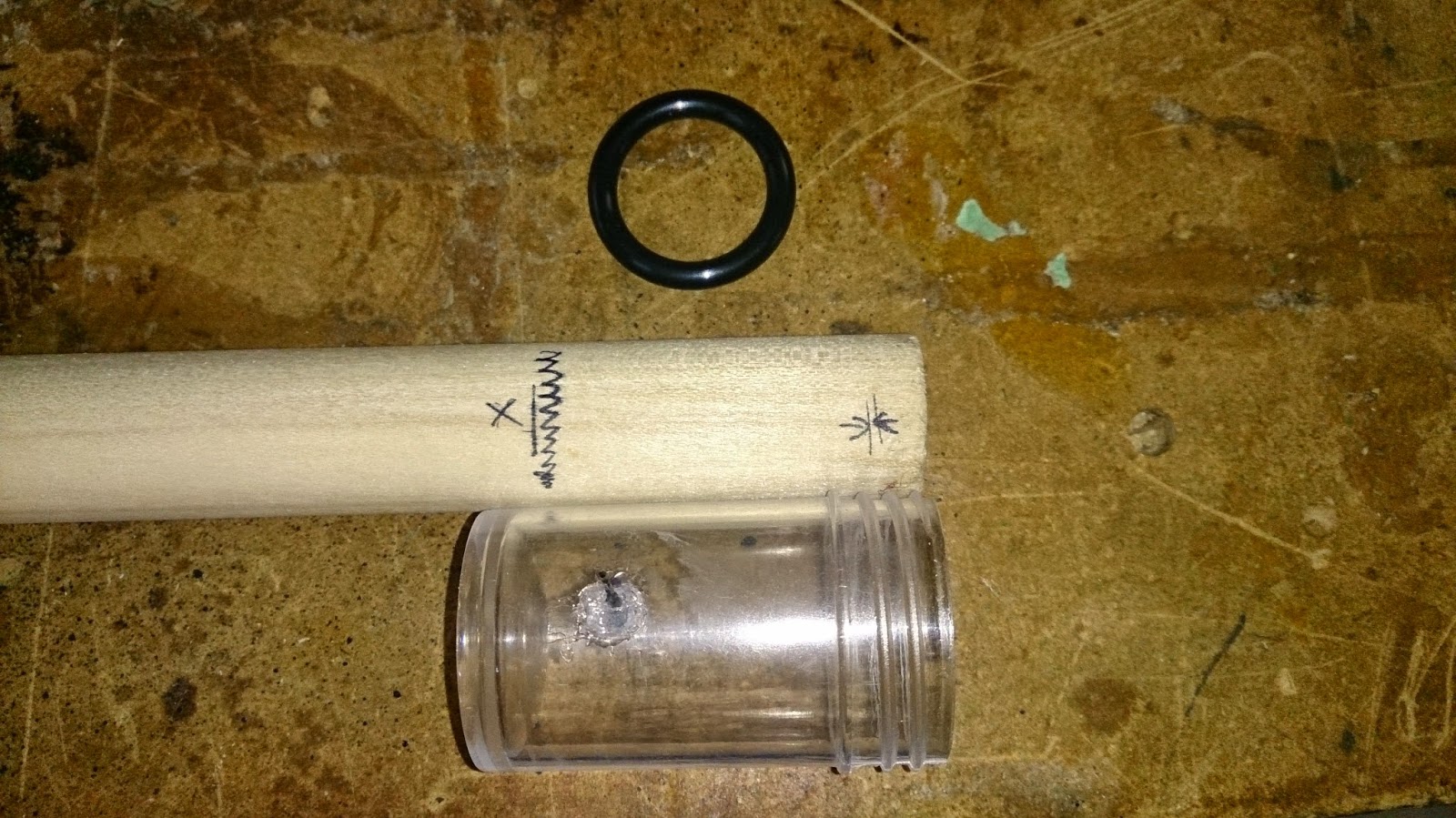 Dowel marked and prepared for cutting

All cuts were made on a radial arm saw.  The blade was adjusted in height to it would only cut 1/16” into the dowel.  While the saw was running the dowel was rotated to make a groove all the way around.  The same height setting was used to make the narrow part of the spinner.  The blade was lowered to regular position and the dowel was cut to length.  The dowel piece was sanded to reduce uneven edges and smooth the narrow part.  The ends were also sanded to correct for the height. 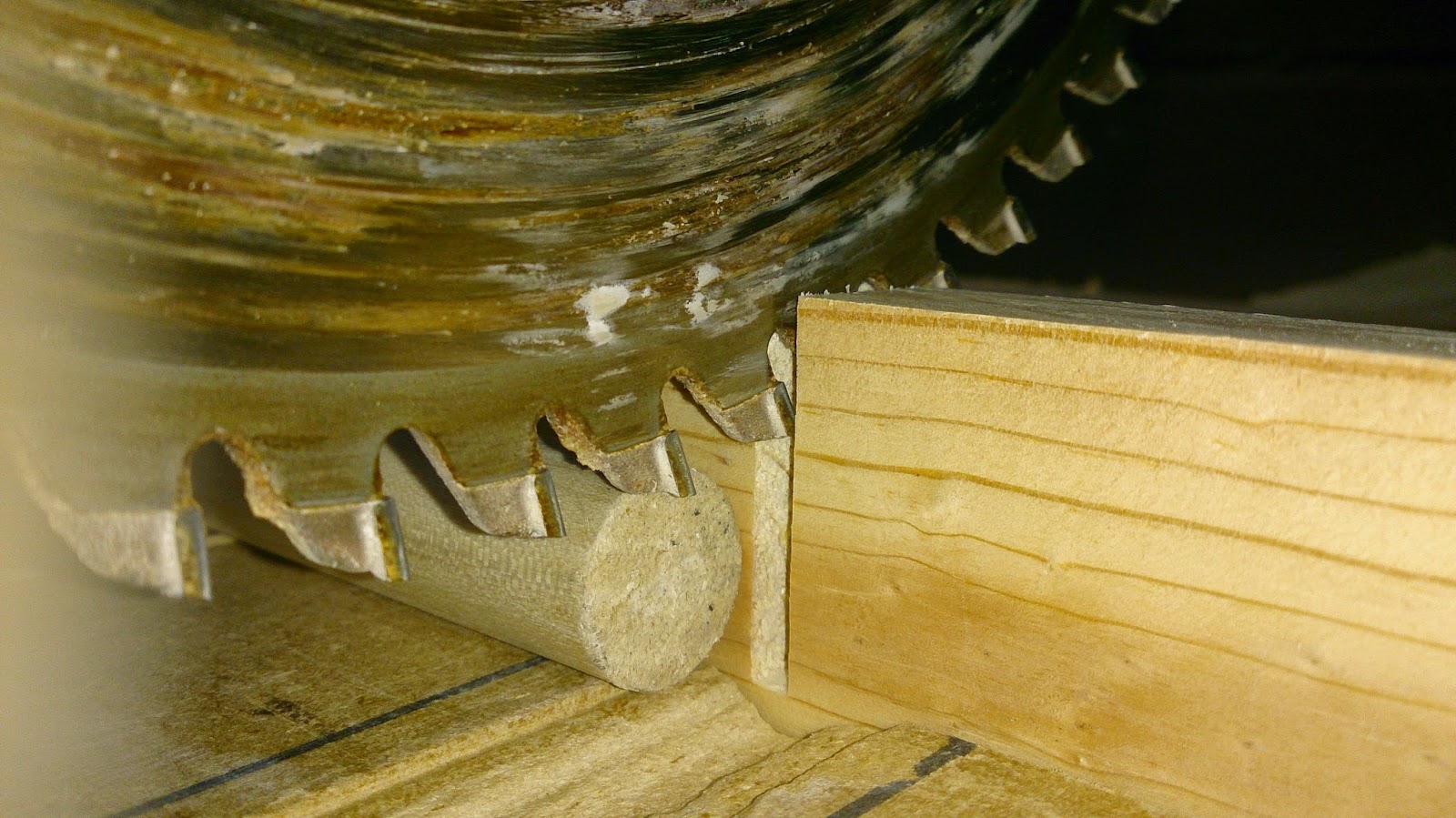 The blade looks lower because of the angle 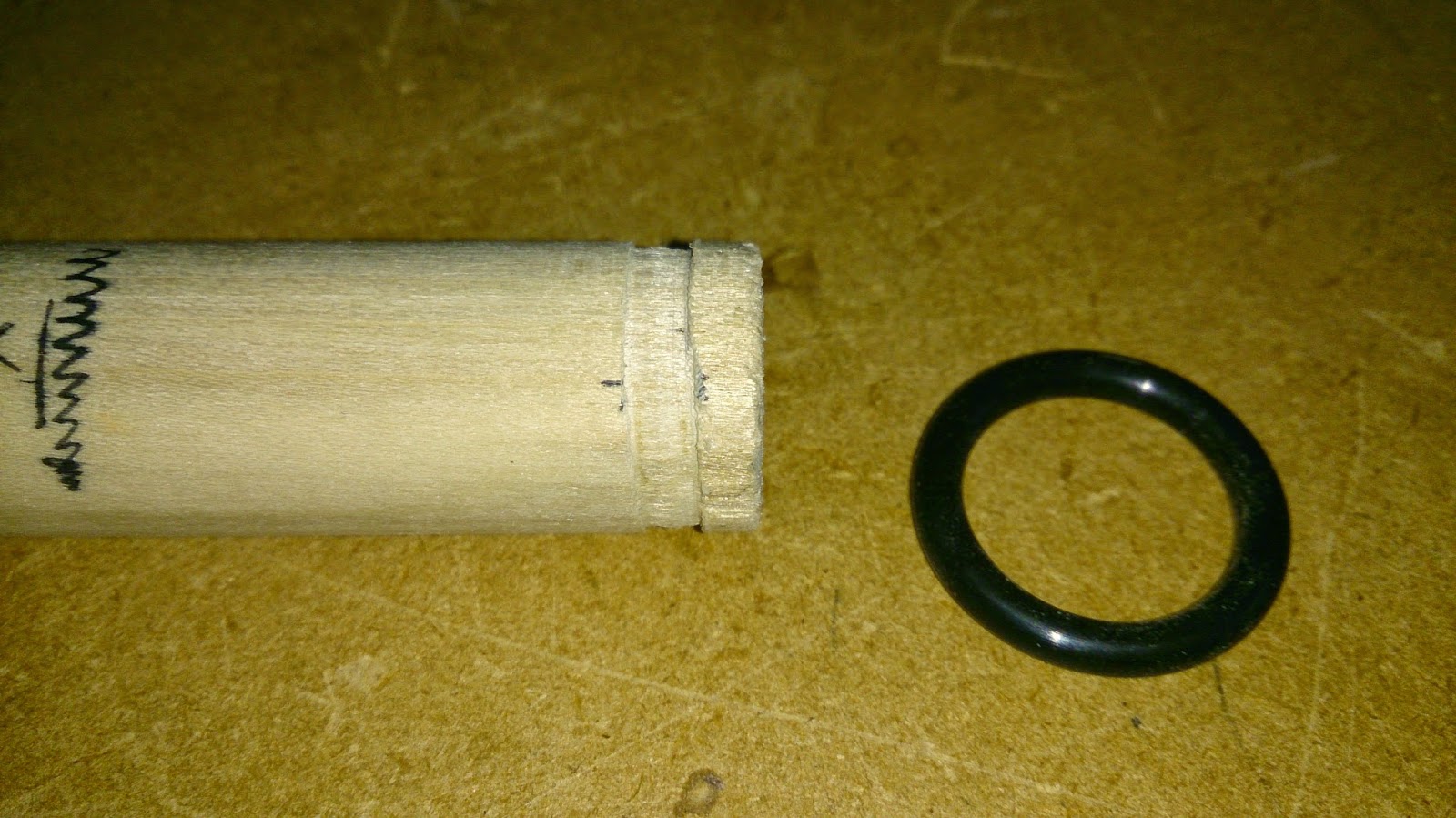 A thin groove cut for the O-ring 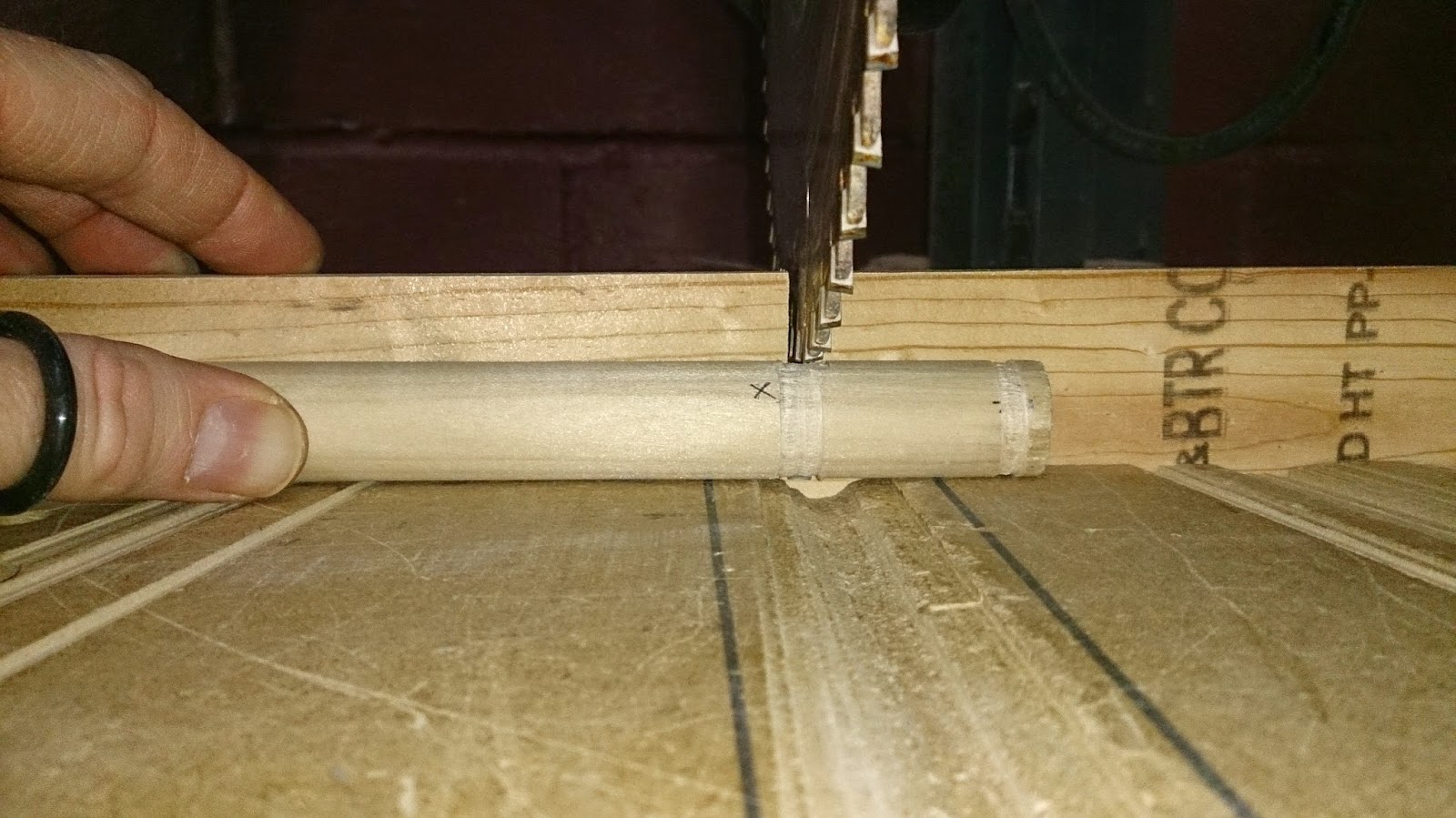 The dowel in place for thinning one edge of the spinner 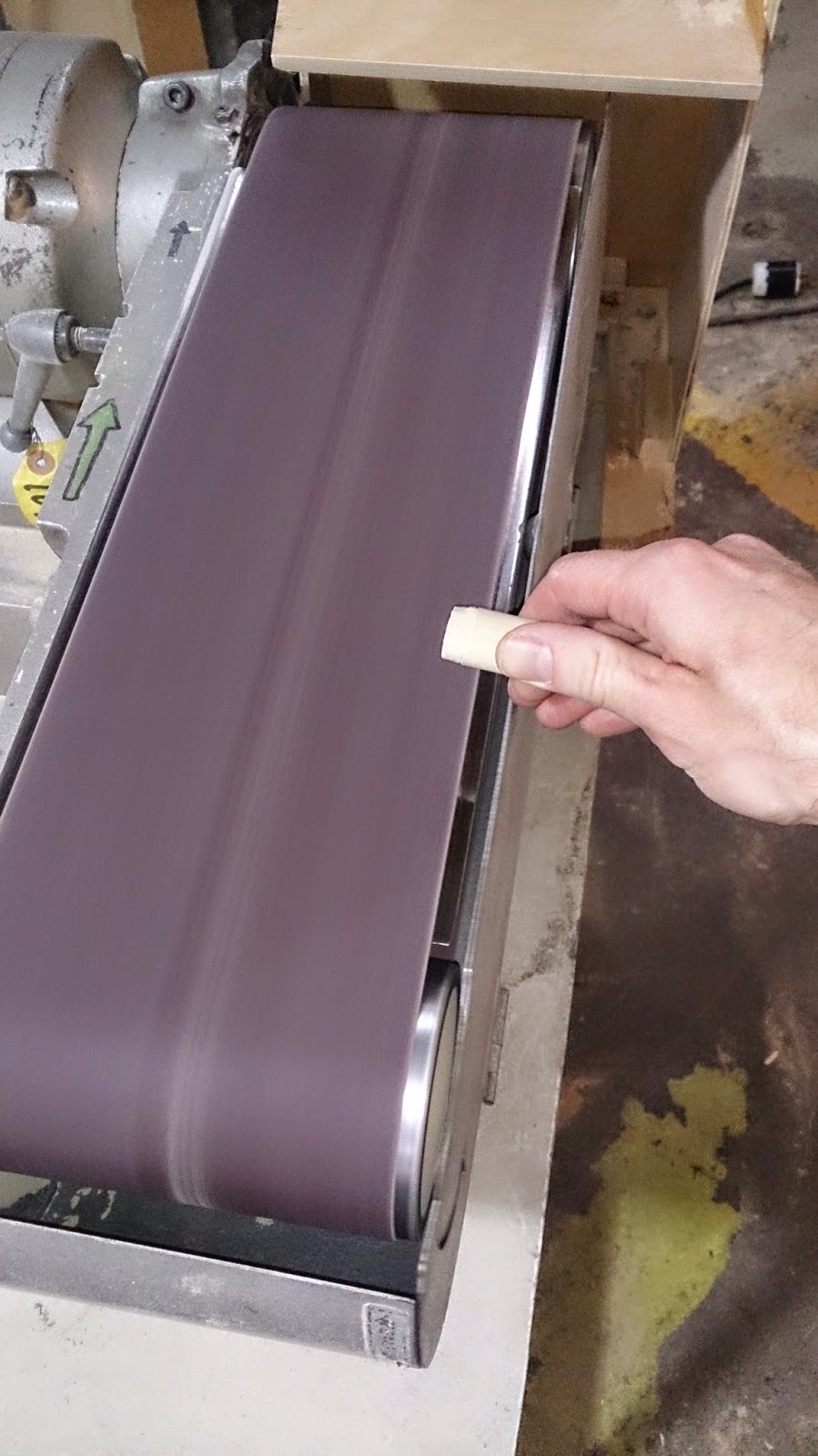 Sanding the narrow part of the spinner 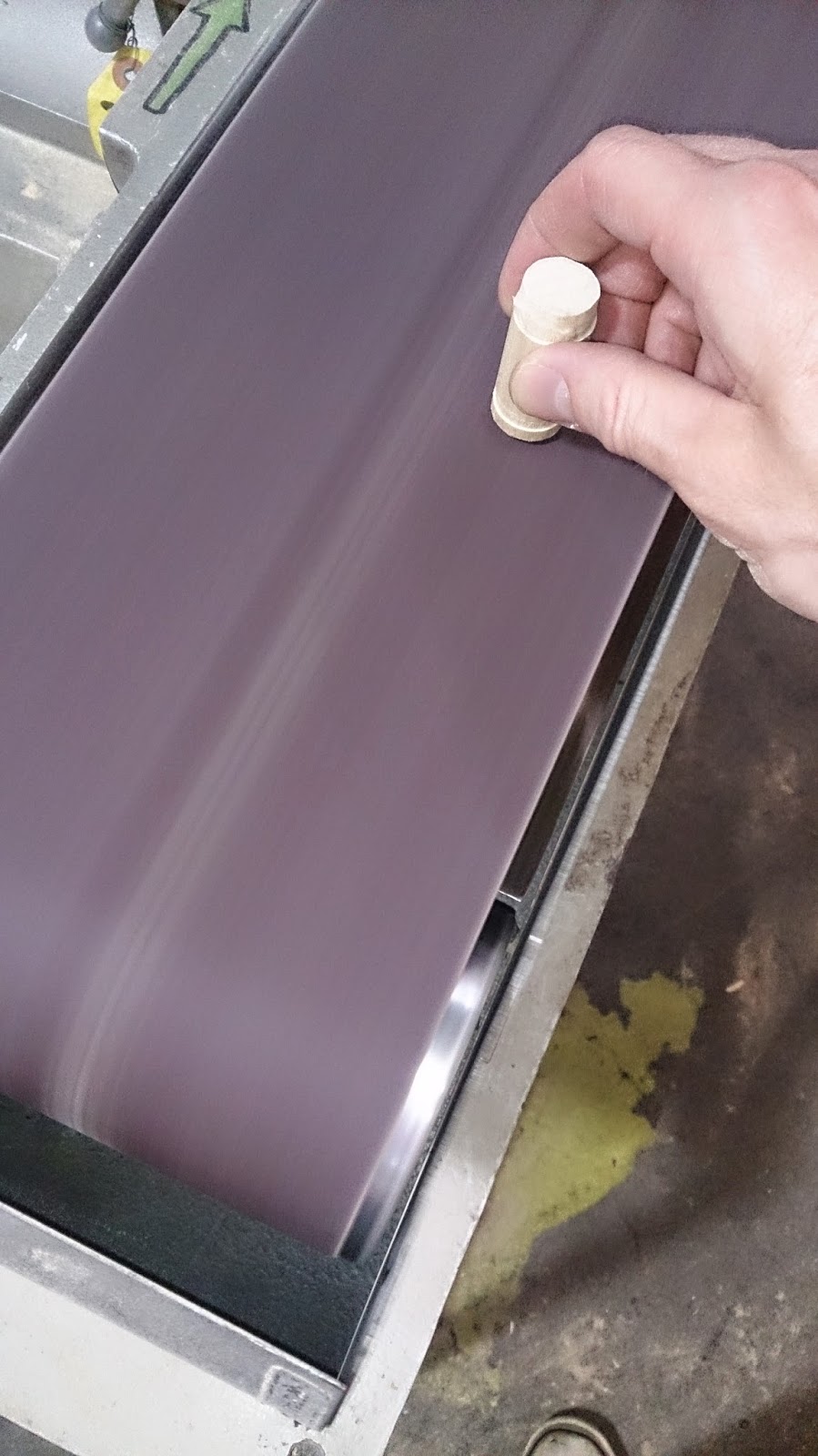 Sanding the end of the spinner 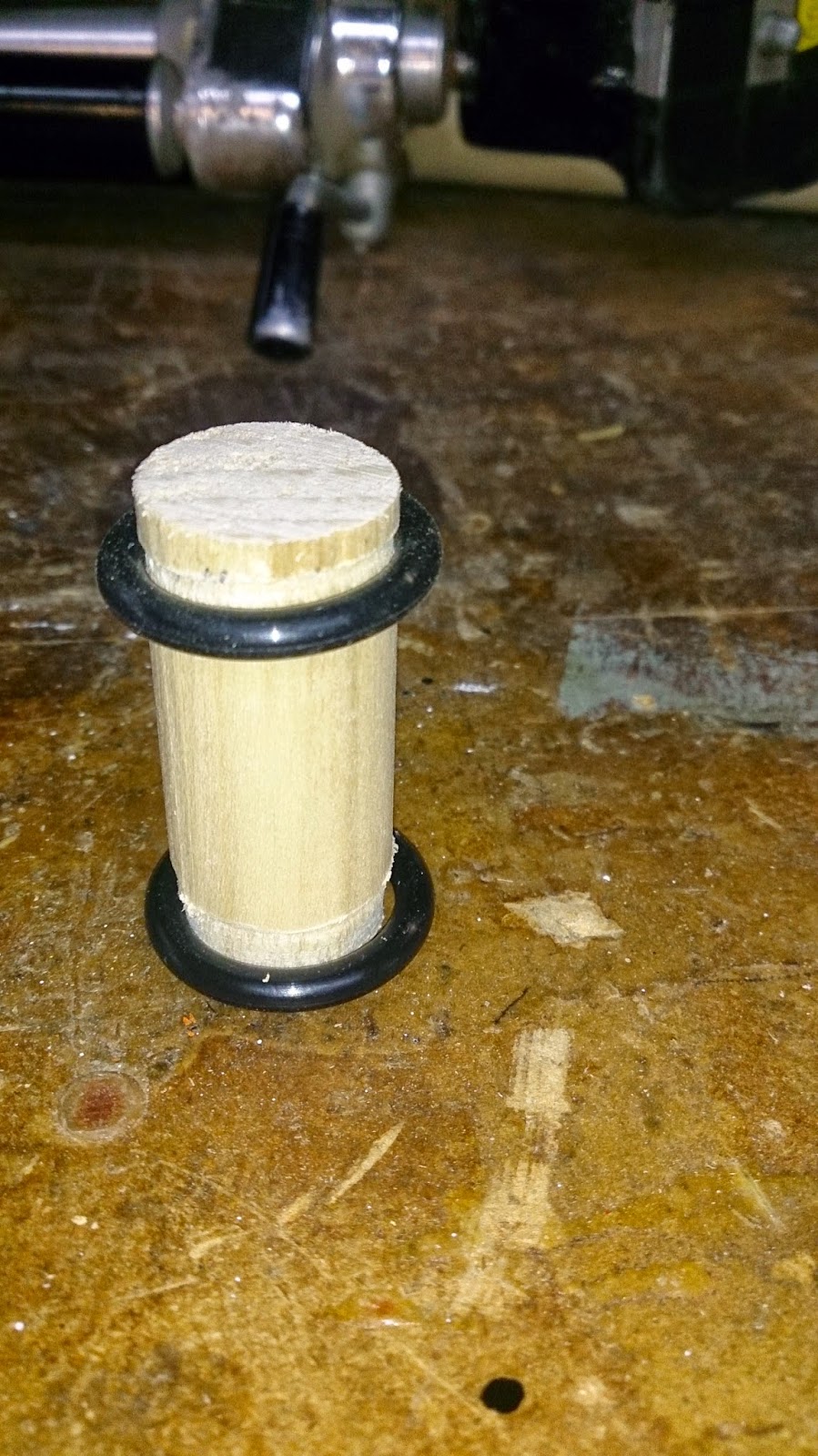 The first spinner with O-rings

A second spinner was made. 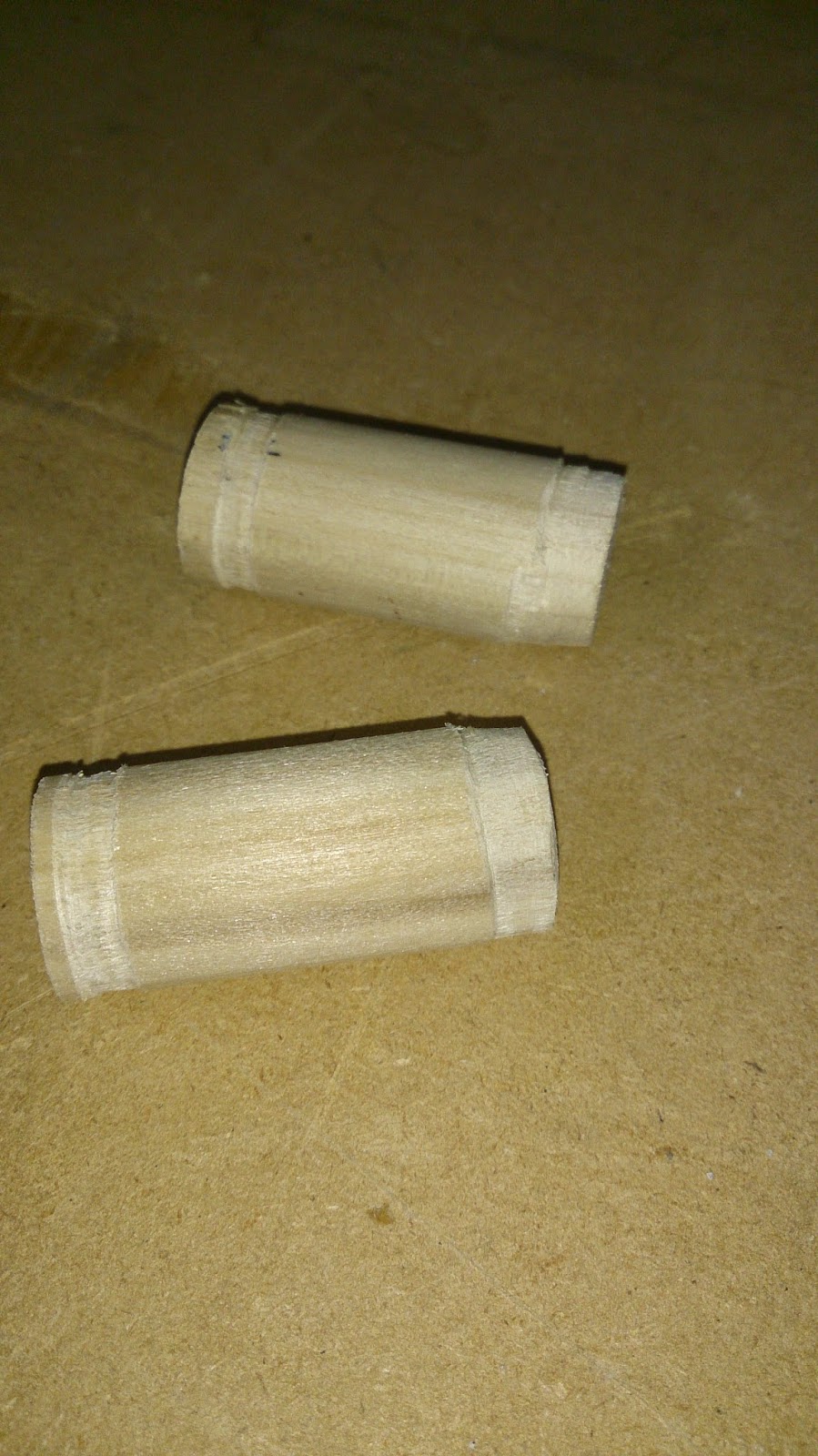 A piece of scrap wood was cut shallowly lengthwise to make a narrow groove.  The groove is to hold the cylindrical wood pieces while they are drilled.  On a flat surface rounded pieces are prone to rolling.  Pilot holes were drilled at different heights in each spinner. 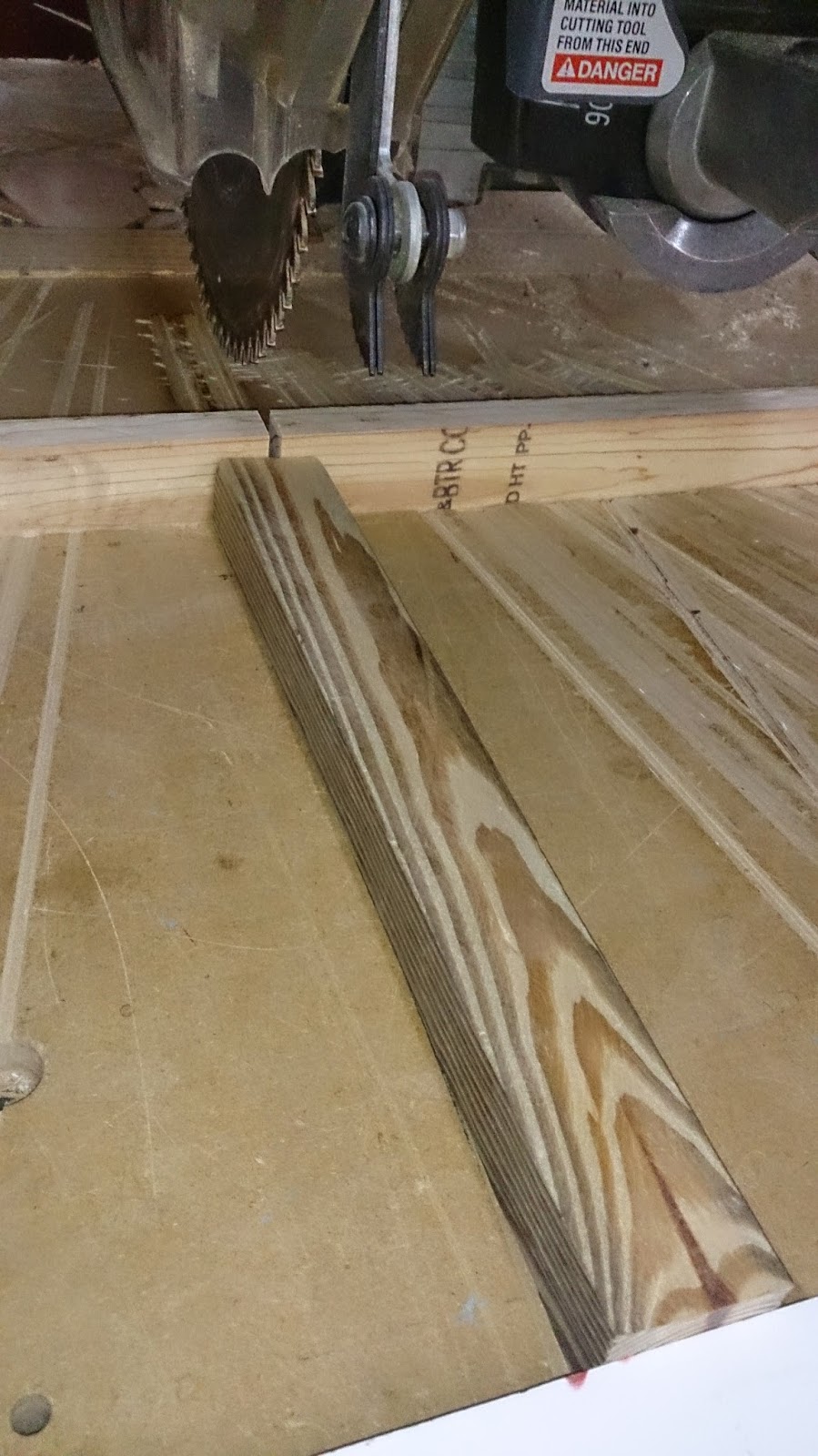 Strip of scrap wood about to be cut lengthwise 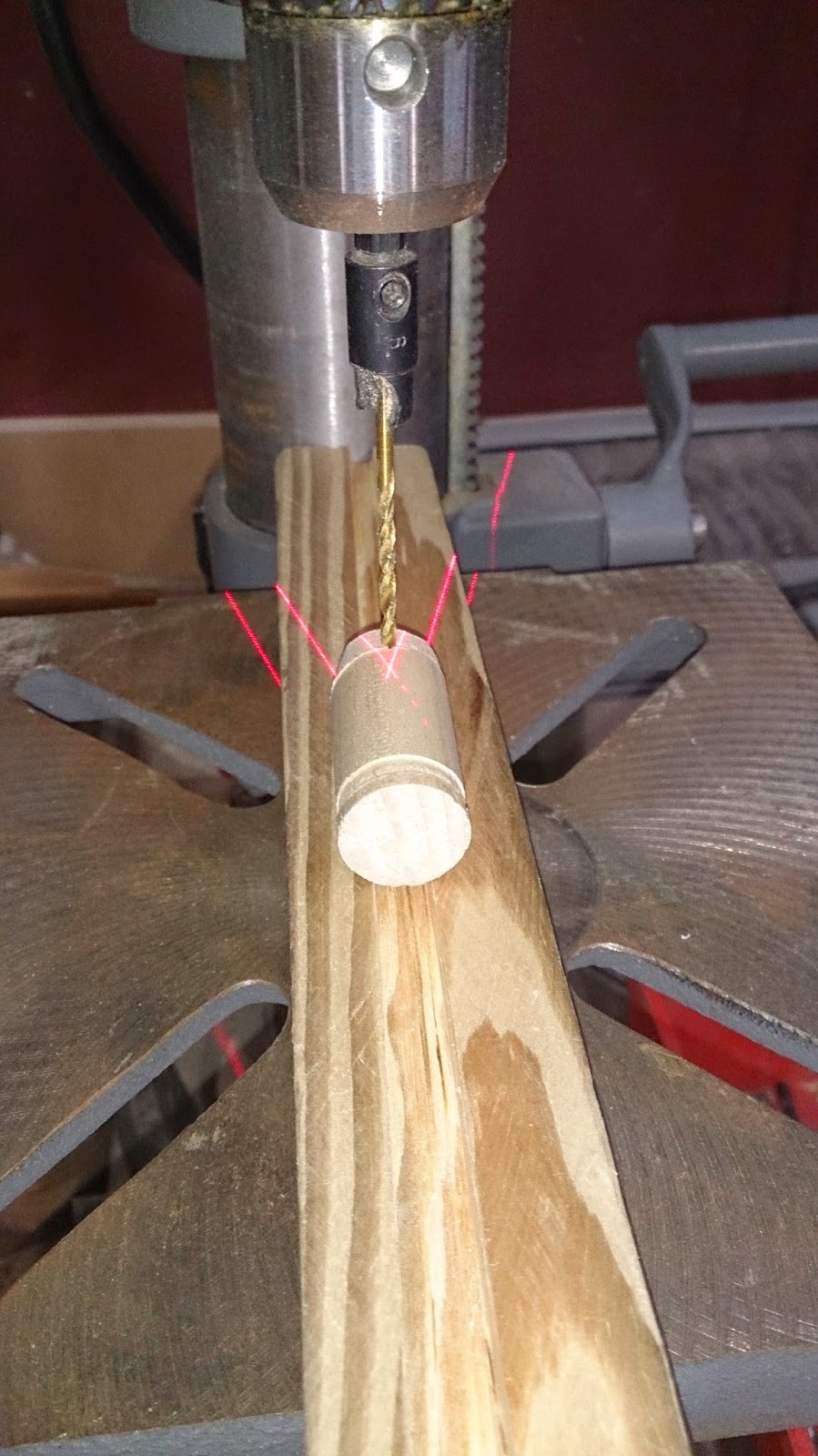 Round wood being drilled 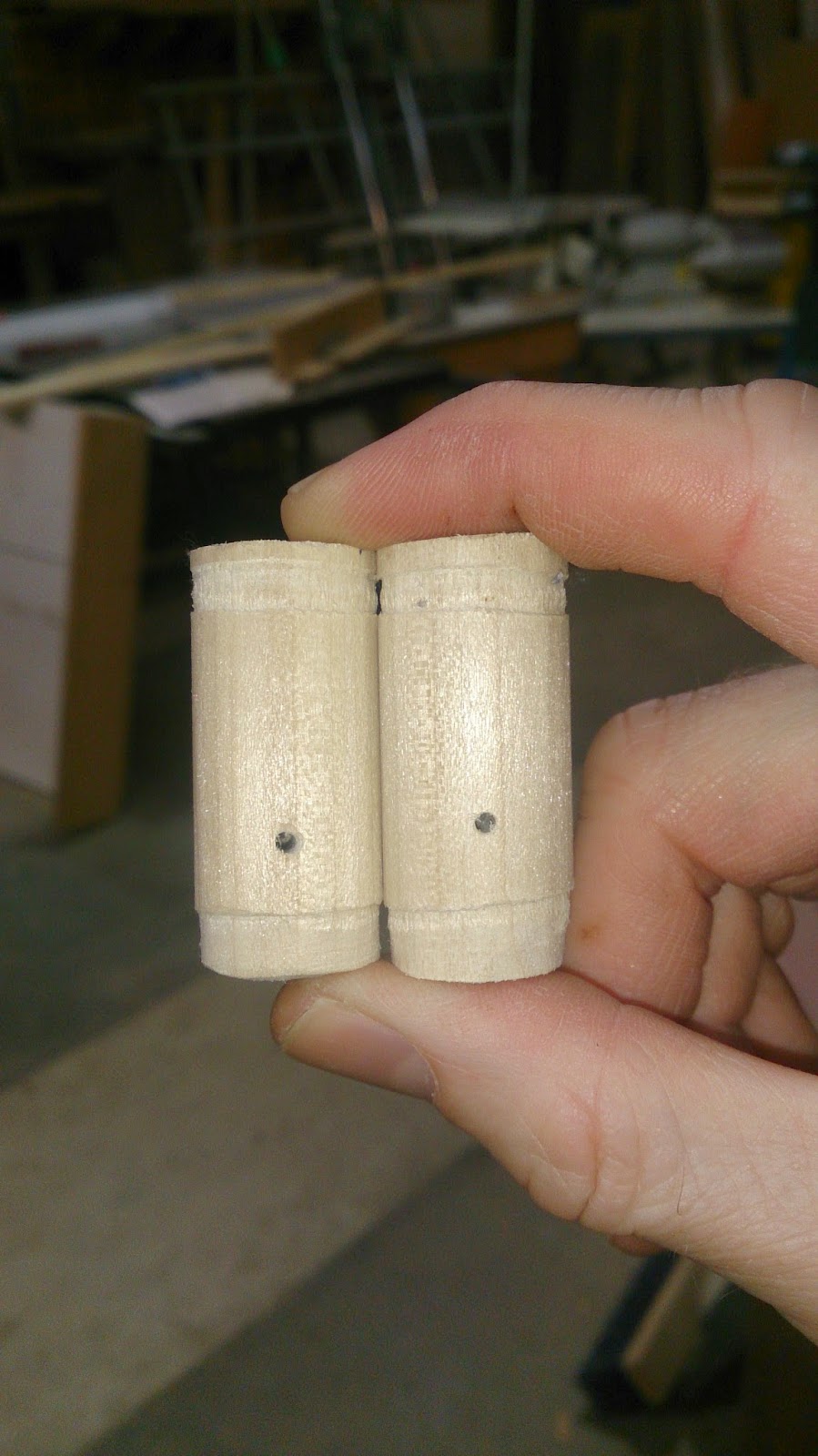 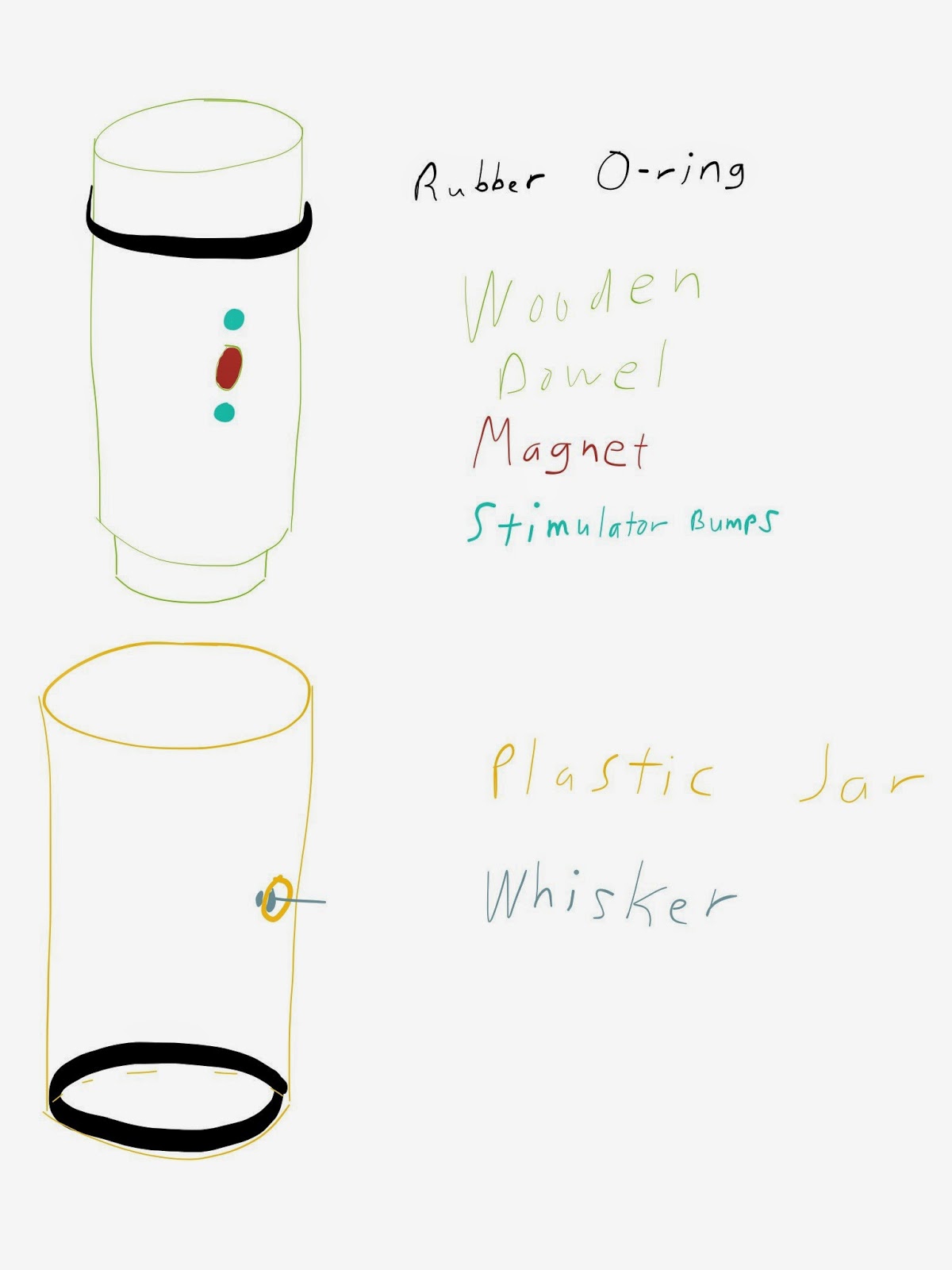 The spinner with the higher hole had a 9/16” hole started with an ordinary spade drill bit.  The hole was completed from the other side of the pilot hole.  This technique of drilling a blind hole and finishing from the other side reduces blowout.  The 9/16” hole is the same size used on 2014-04-21 (M) to drill the first cork. 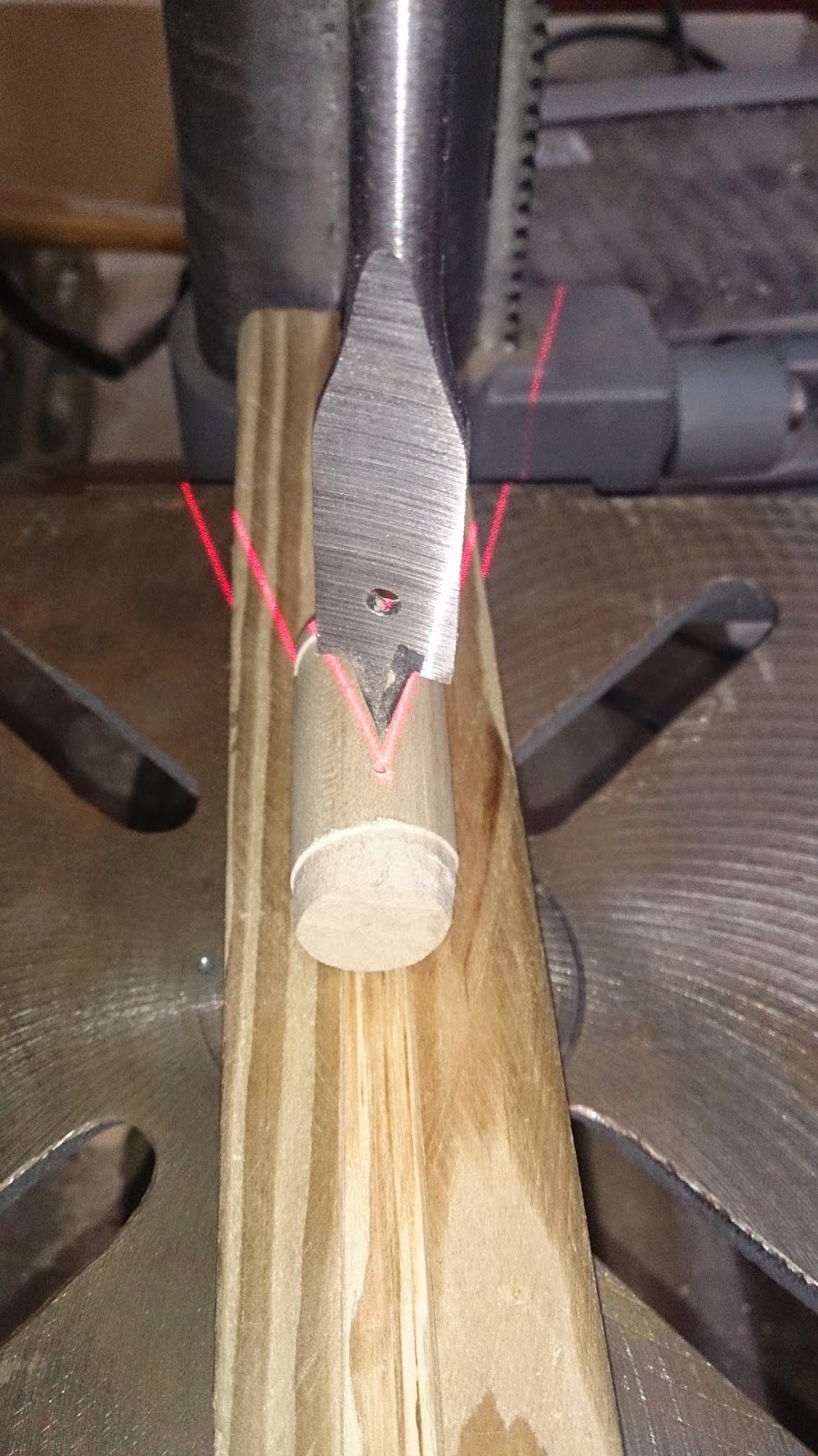 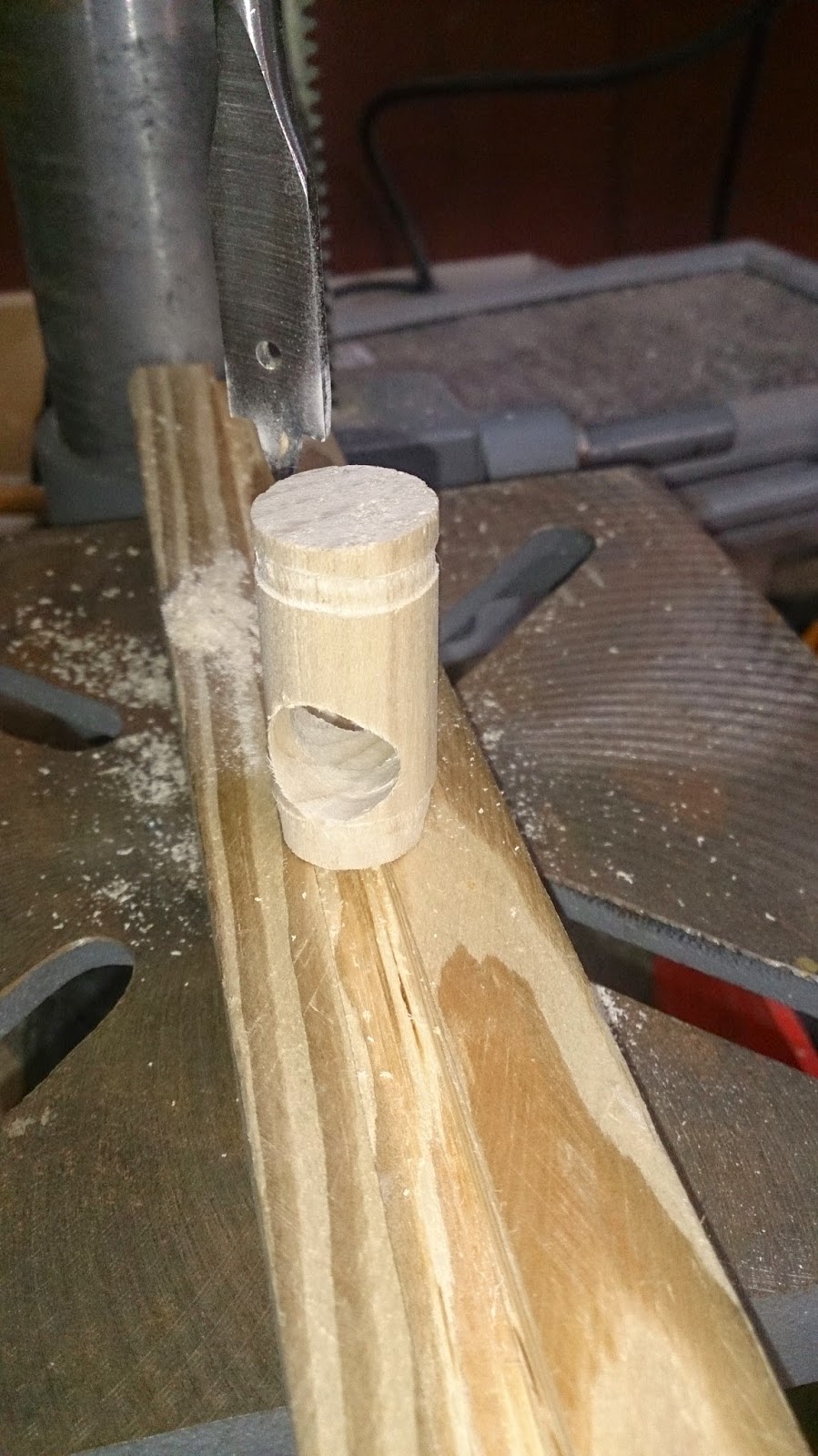 The same method was used on the other spinner which was drilled to 11/64”. 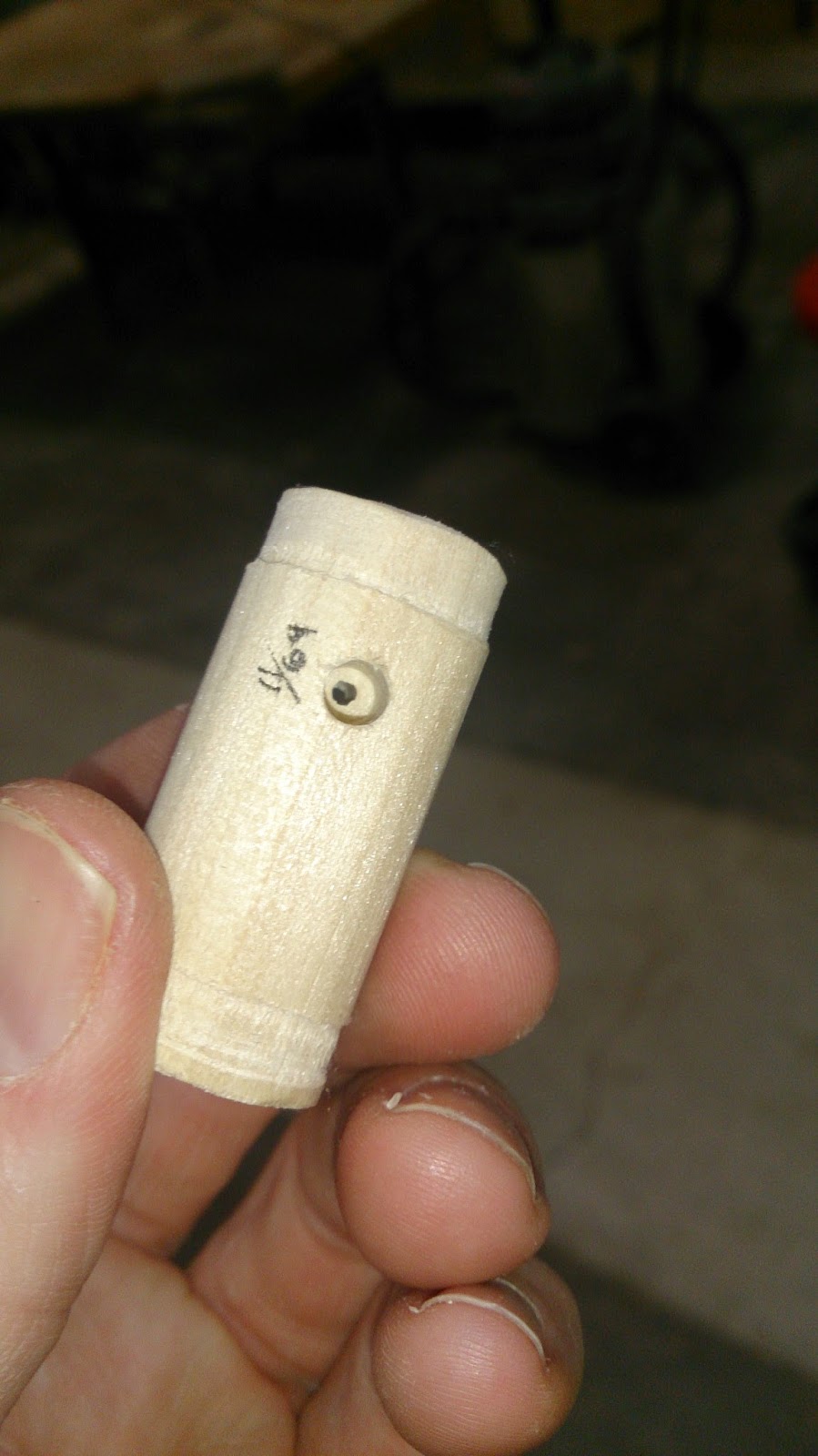 To do:
Apply polyurethane to spinners
Install magnets in spinners
Test + Evaluate 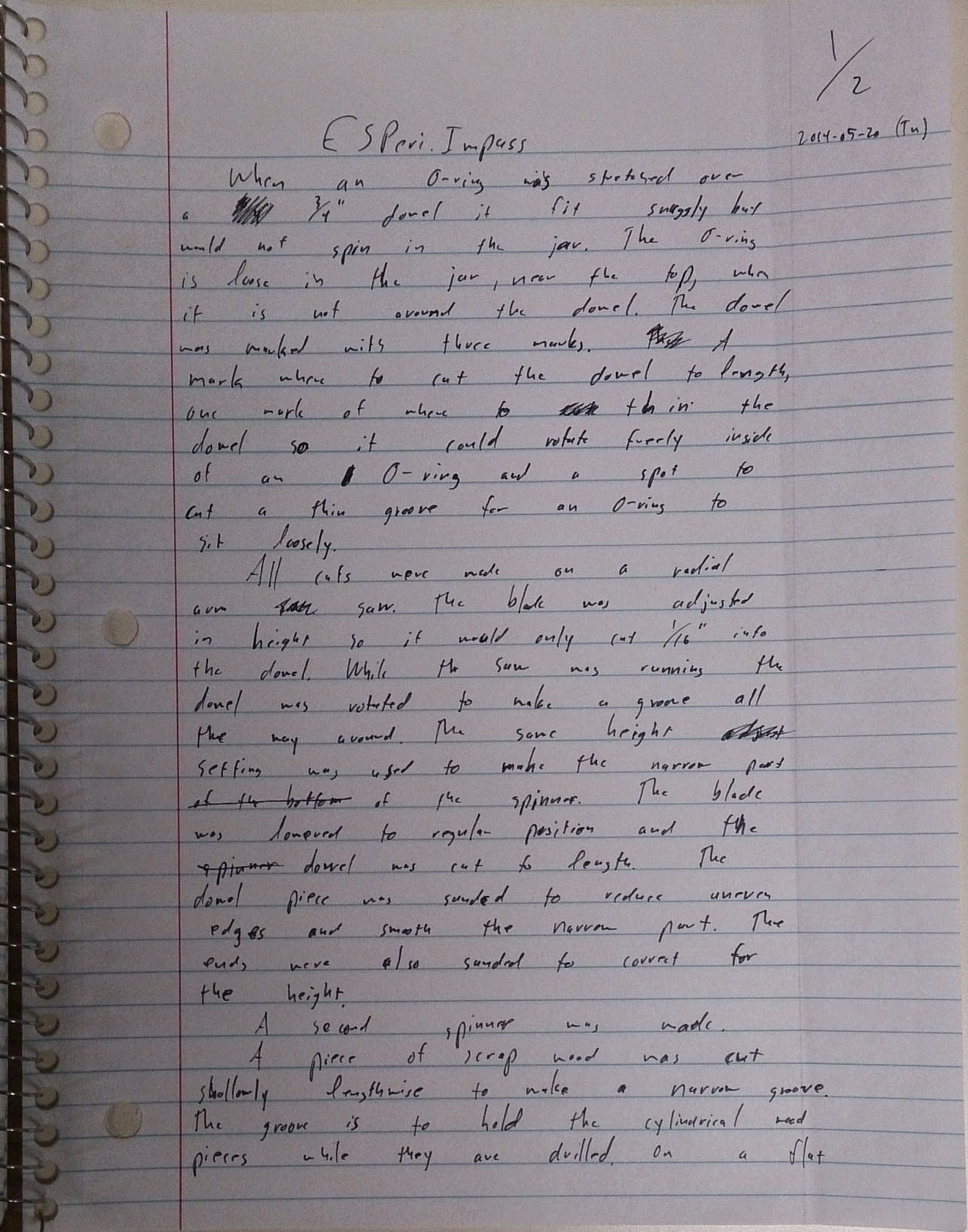 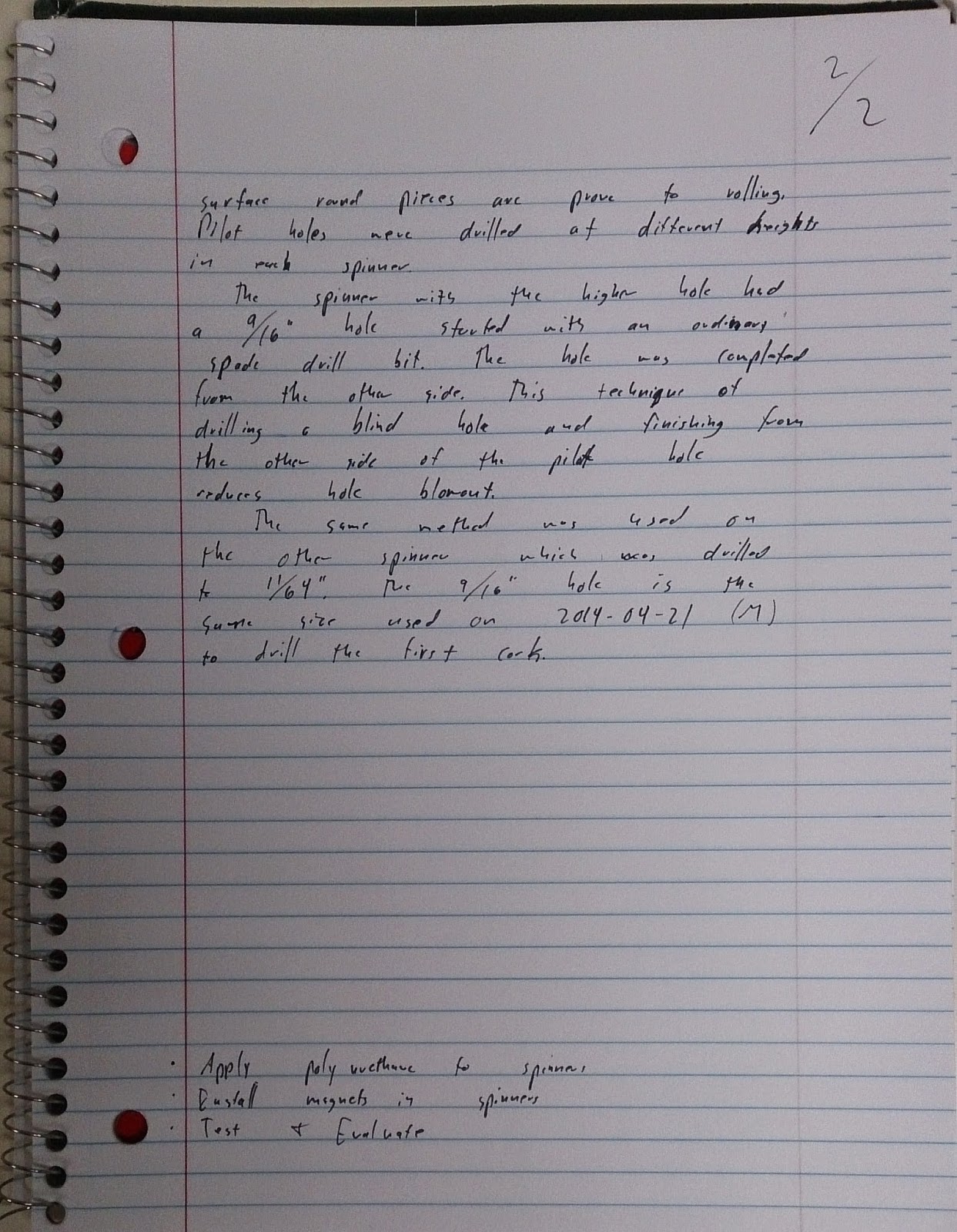