Just because I’m taking a vacation this weekend doesn’t mean I’m not going to update like crazy this week.  You’re welcome.

Enough background.
----------
More 1 ¼” pulleys were purchased to add to the front of the PVC pies which will replace the skate bearings, which were the original plan.  The pulley should be easier to work with and cost less but have higher friction.

At each end of the PVC pipes 5/16” holes were drilled 1” from the end just like the opposite end.  The holes go all the way through the PVC.  The pulleys will be mounted on the outside of the pipe and allow the bungee to pass through a large hole.  The large hole was made by making two holes with a ¾” spade drill bit.  The holes only went through one side of the PVC.  The holes were drilled less than an inch apart, then the plastic between the holes was removed with a bare hacksaw blade.  The same holes were repeated on the second piece of PVC. 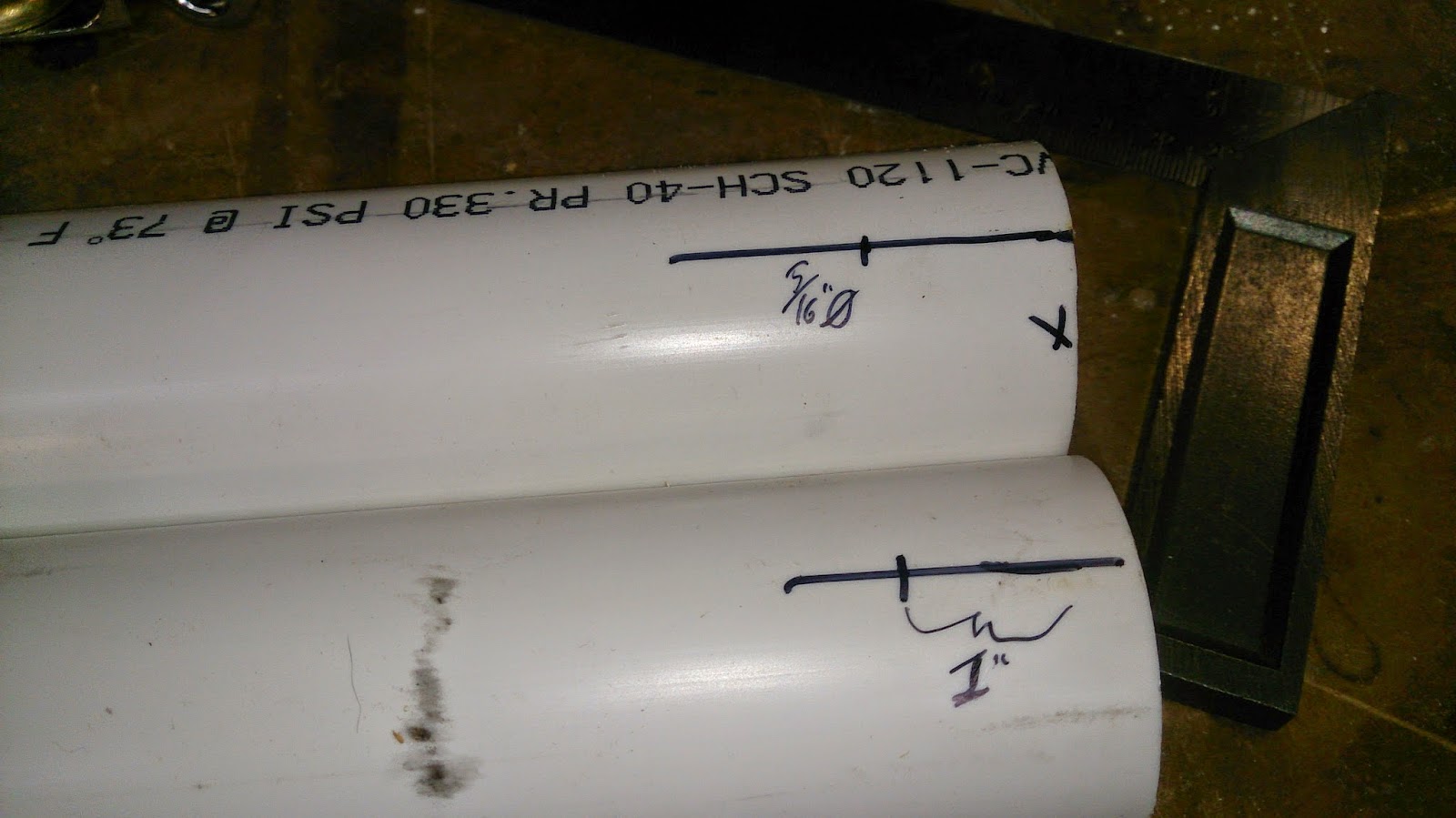 Marks 1" from the end 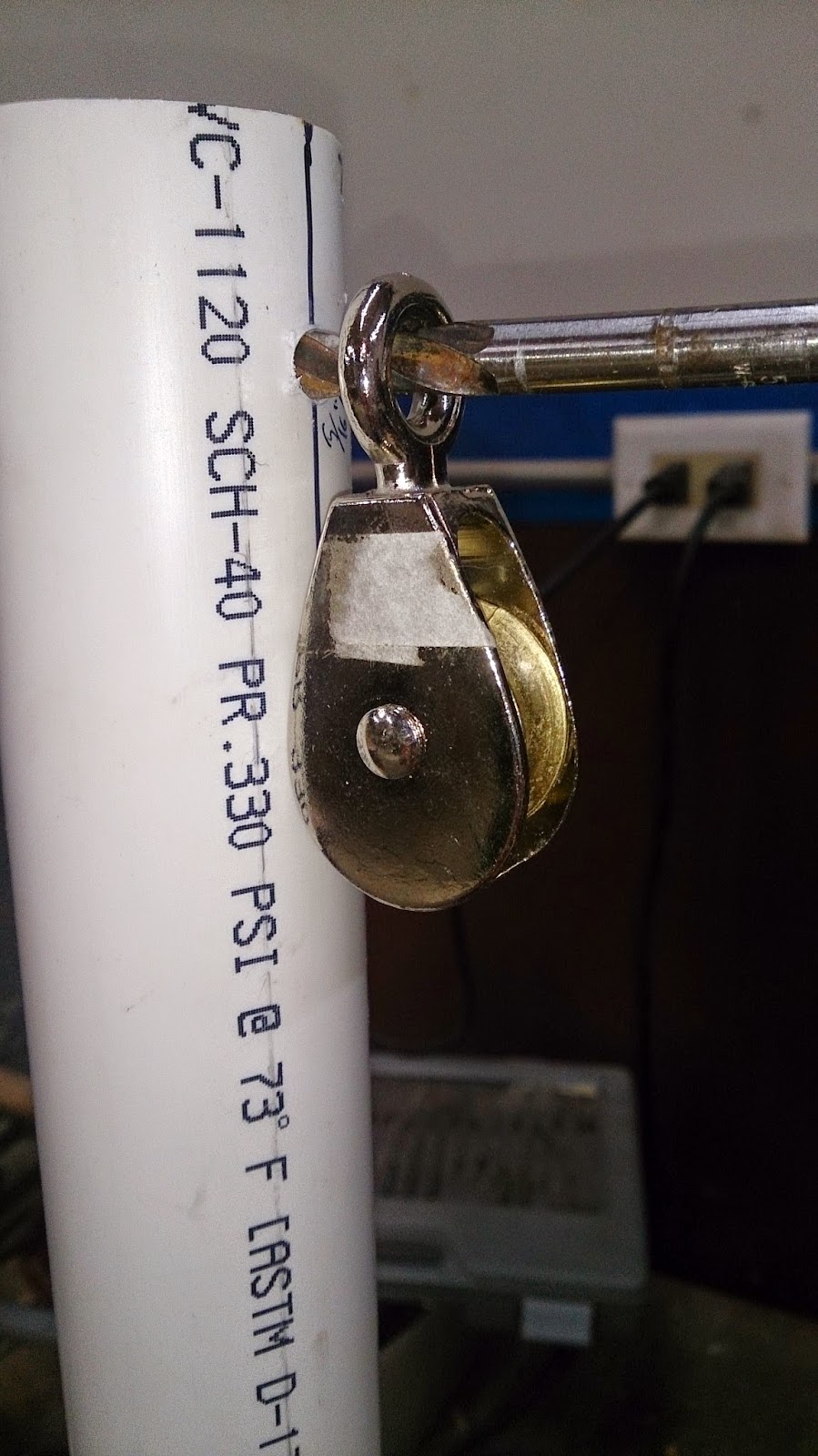 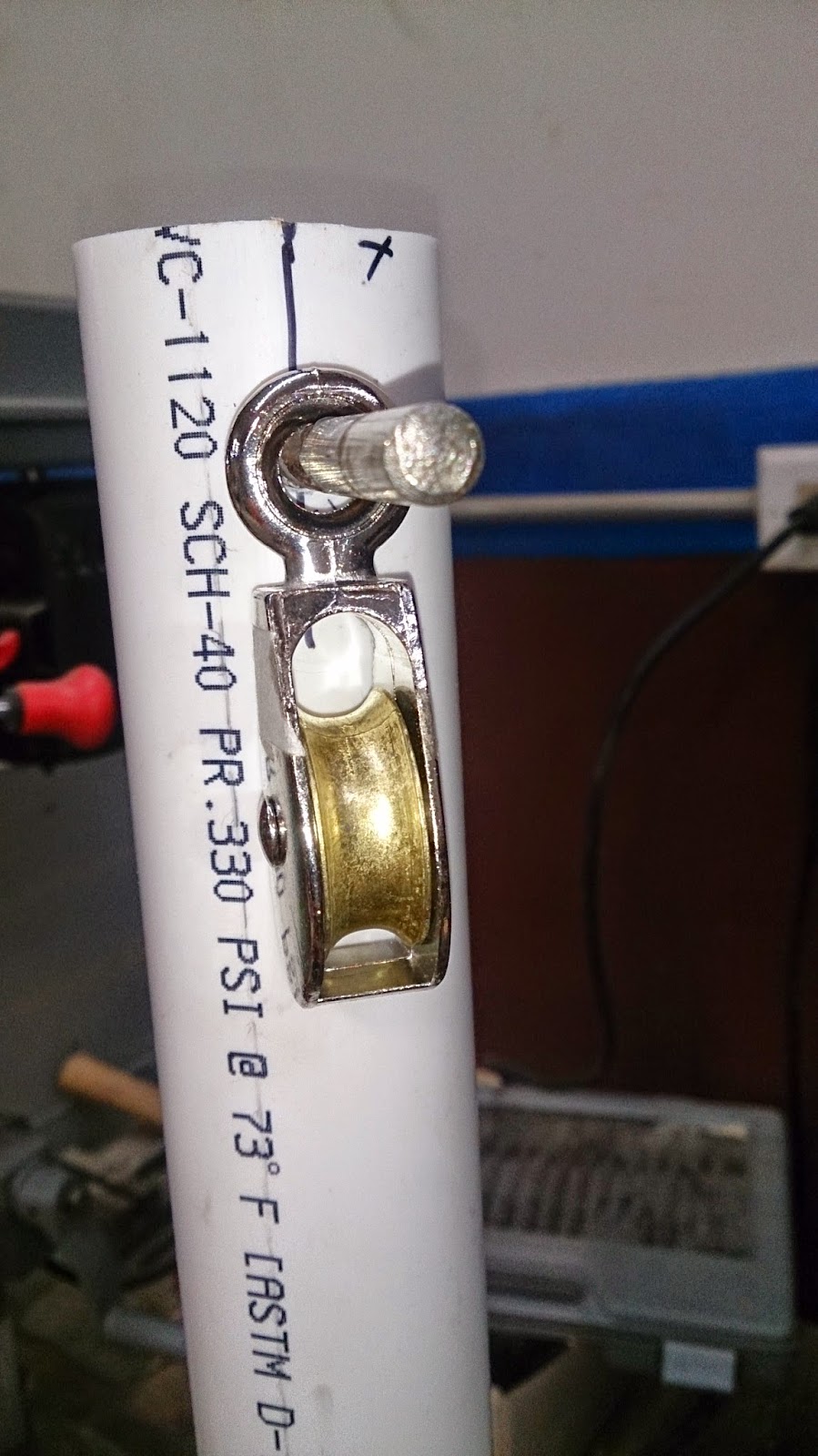 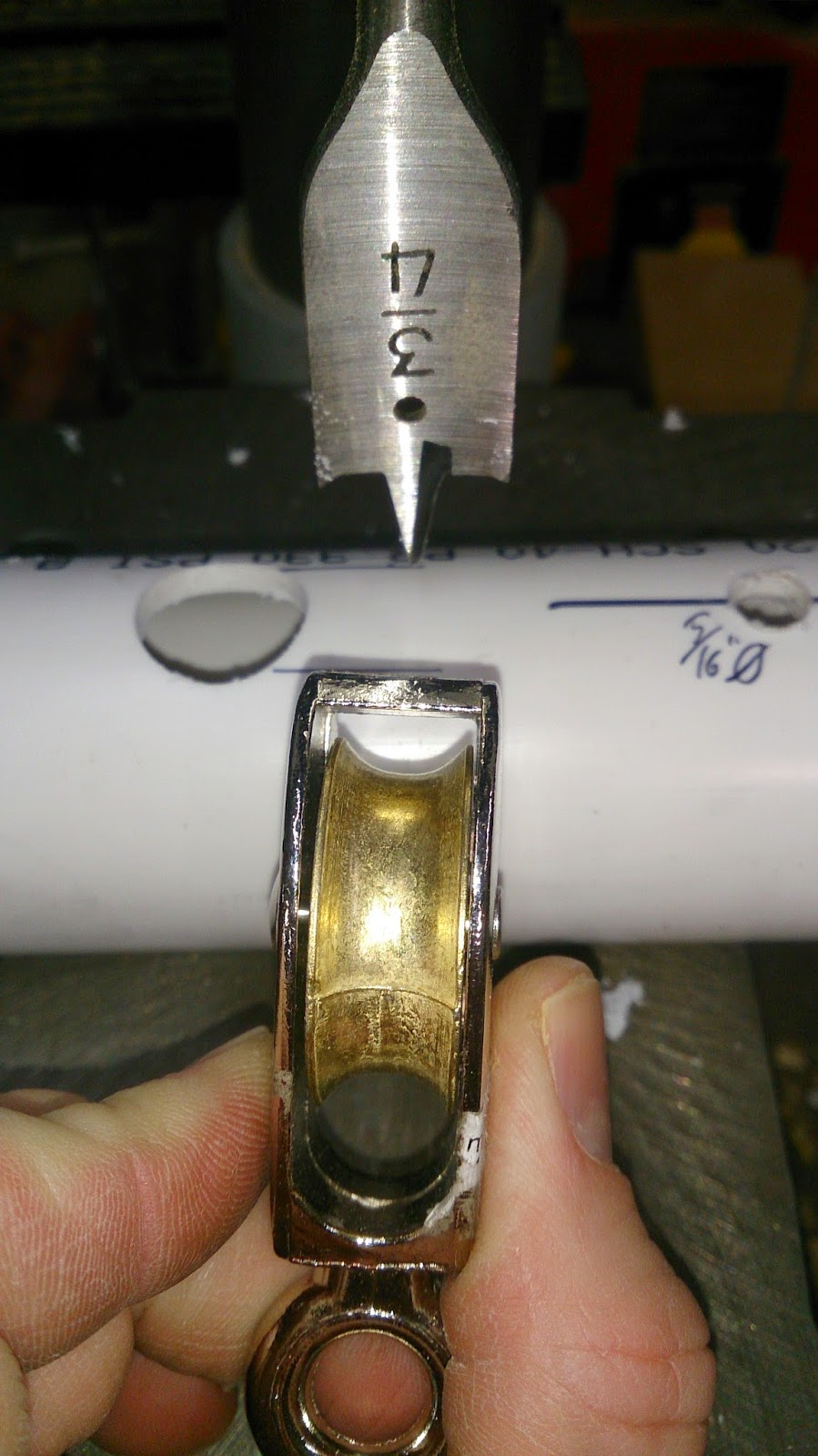 Placement of holes for pulley 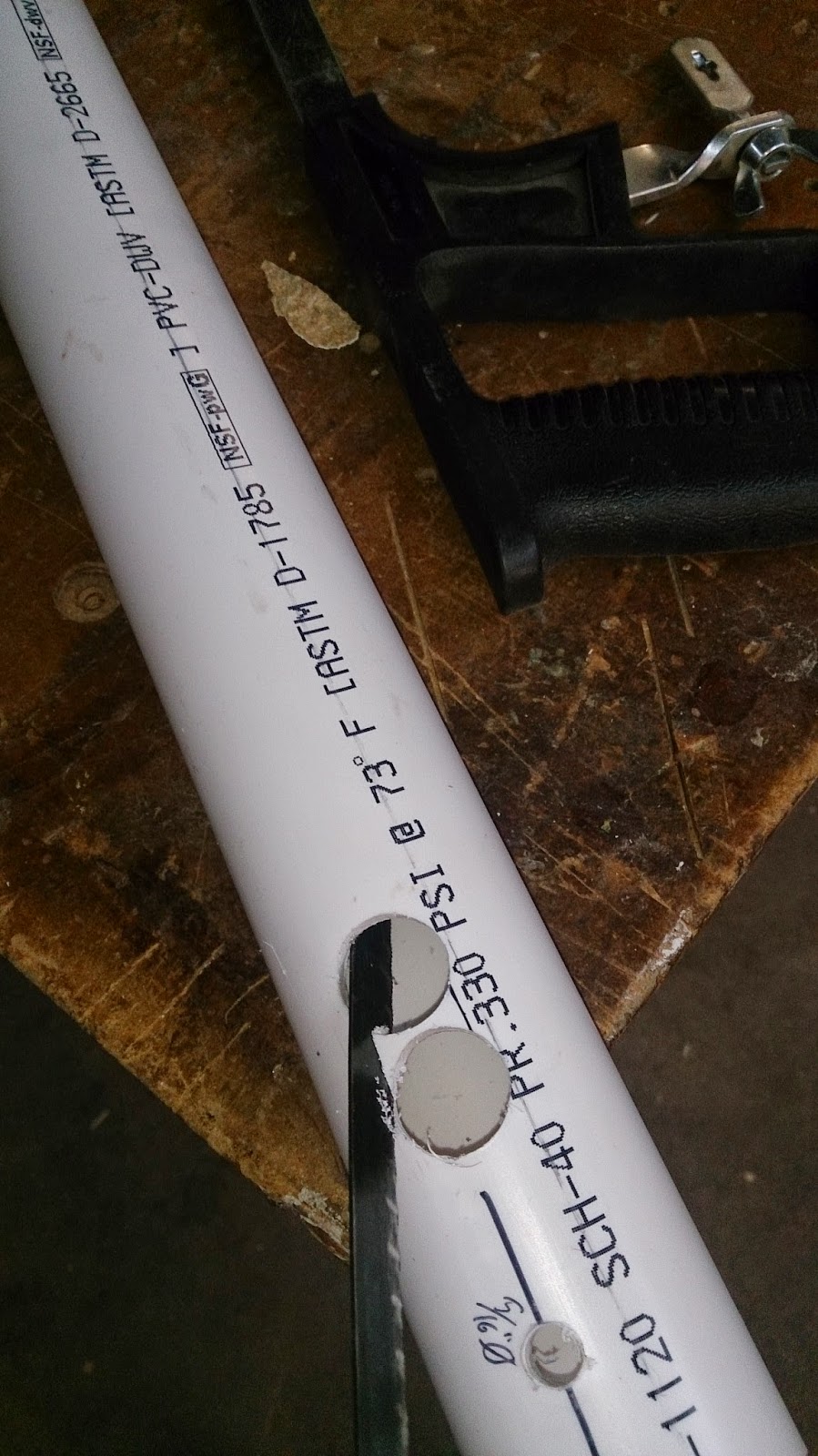 Cutting away plastic between holes 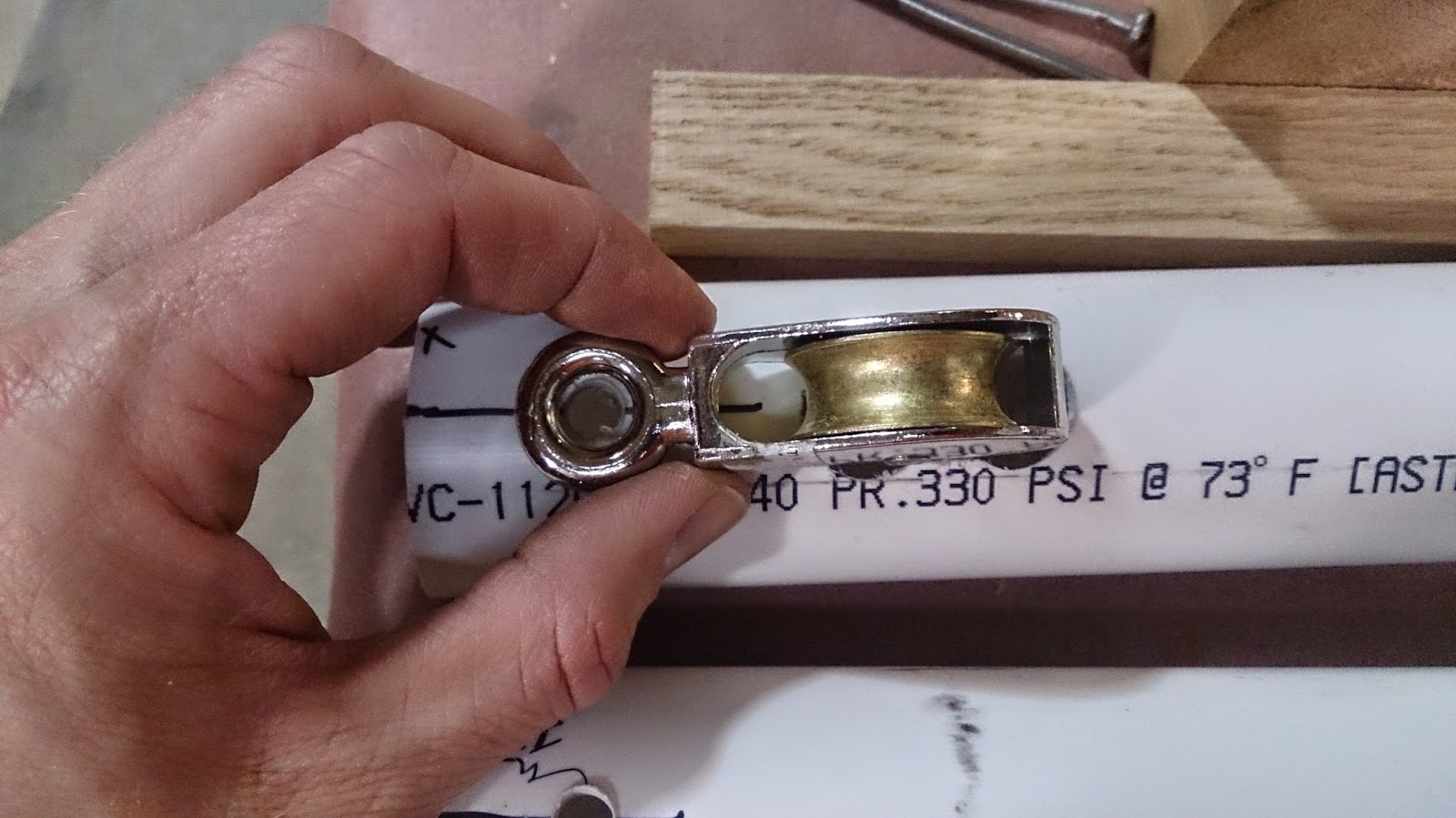 Placement of pulley in hole 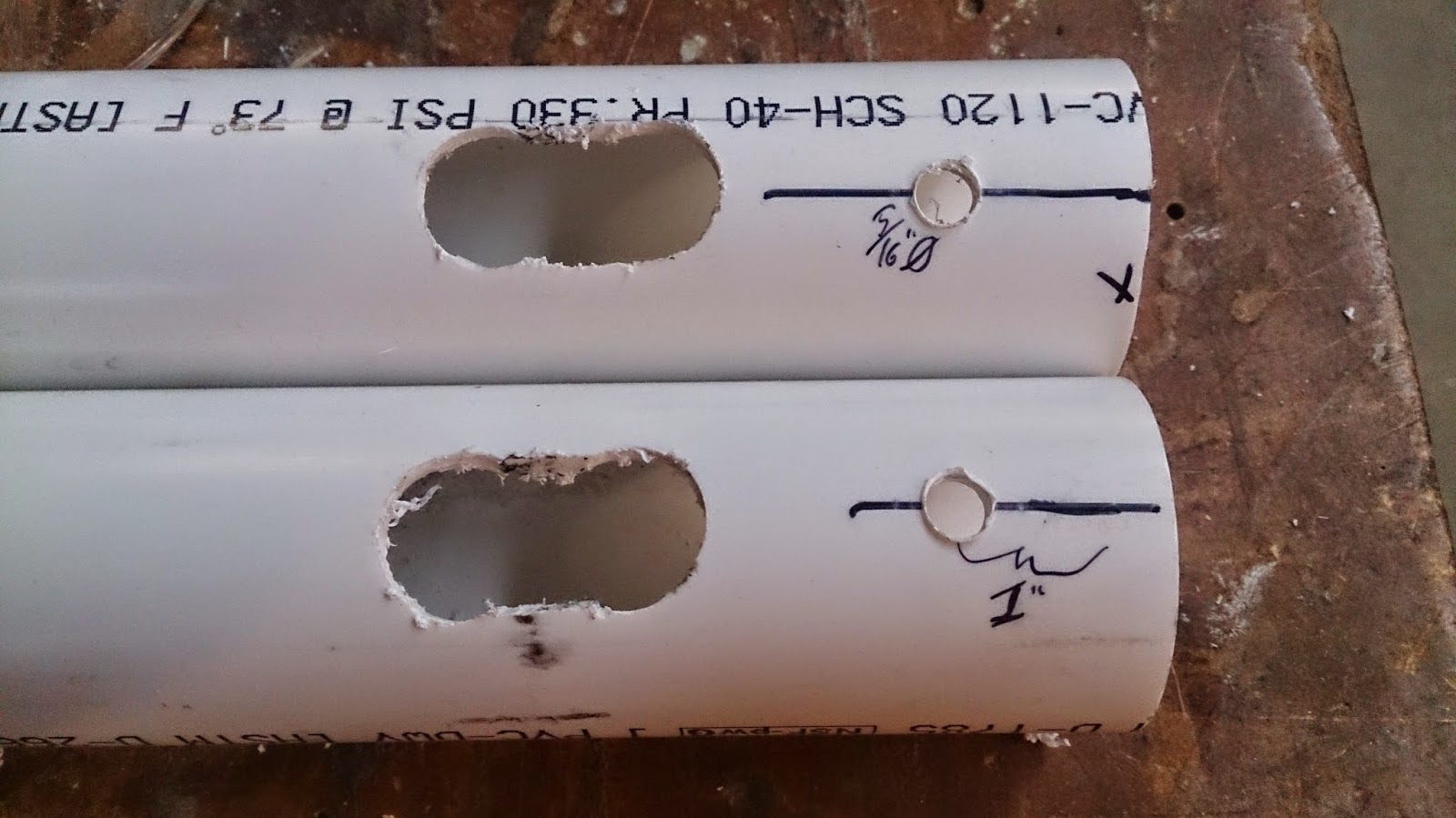 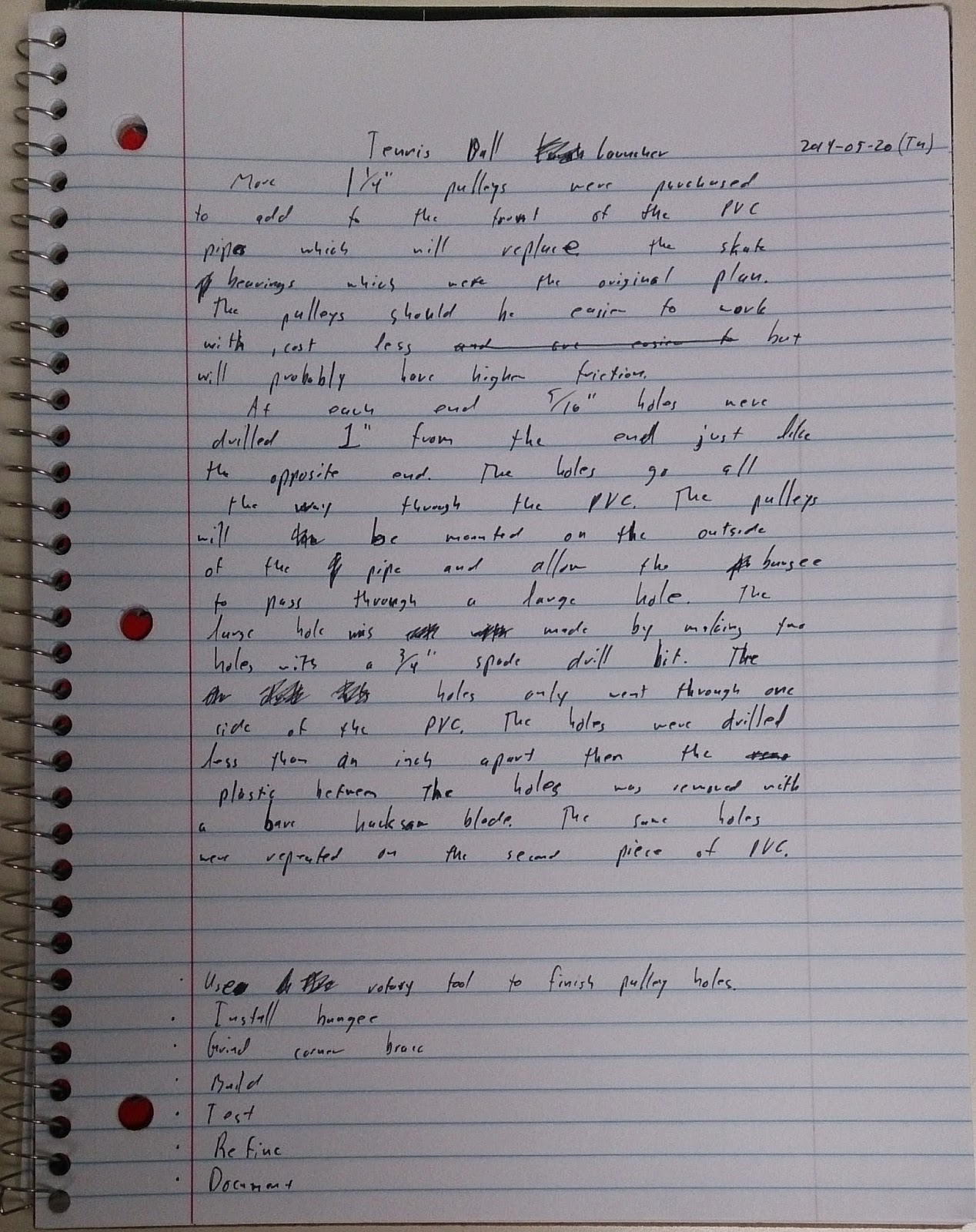