Getting behind the eyes of another can teach you about them.  Learn others' motivations and behaviors.  If others live their entire life one way, or devote their life to a field of study, it must be important to them even if someone else thinks it's a waste of time.

Getting behind the eyes of another can teach you about them.  No one really does anything without a reason.  If you can figure out why they do something you can understand what makes them who they are and if you can solve that puzzle you'll be better for it.

Enough background.
----------
The wooden down with a 9/16” hole had five stacked magnets put through the hole.  The plan was to use some hot glue to temporarily secure the magnets for testing.  Due to the small gap around the magnets it was easier, and less permanent, to insert a round toothpick into the gap.  The toothpick was trimmed using flush cutters.  This was problematic since the tool was attracted to the magnets. 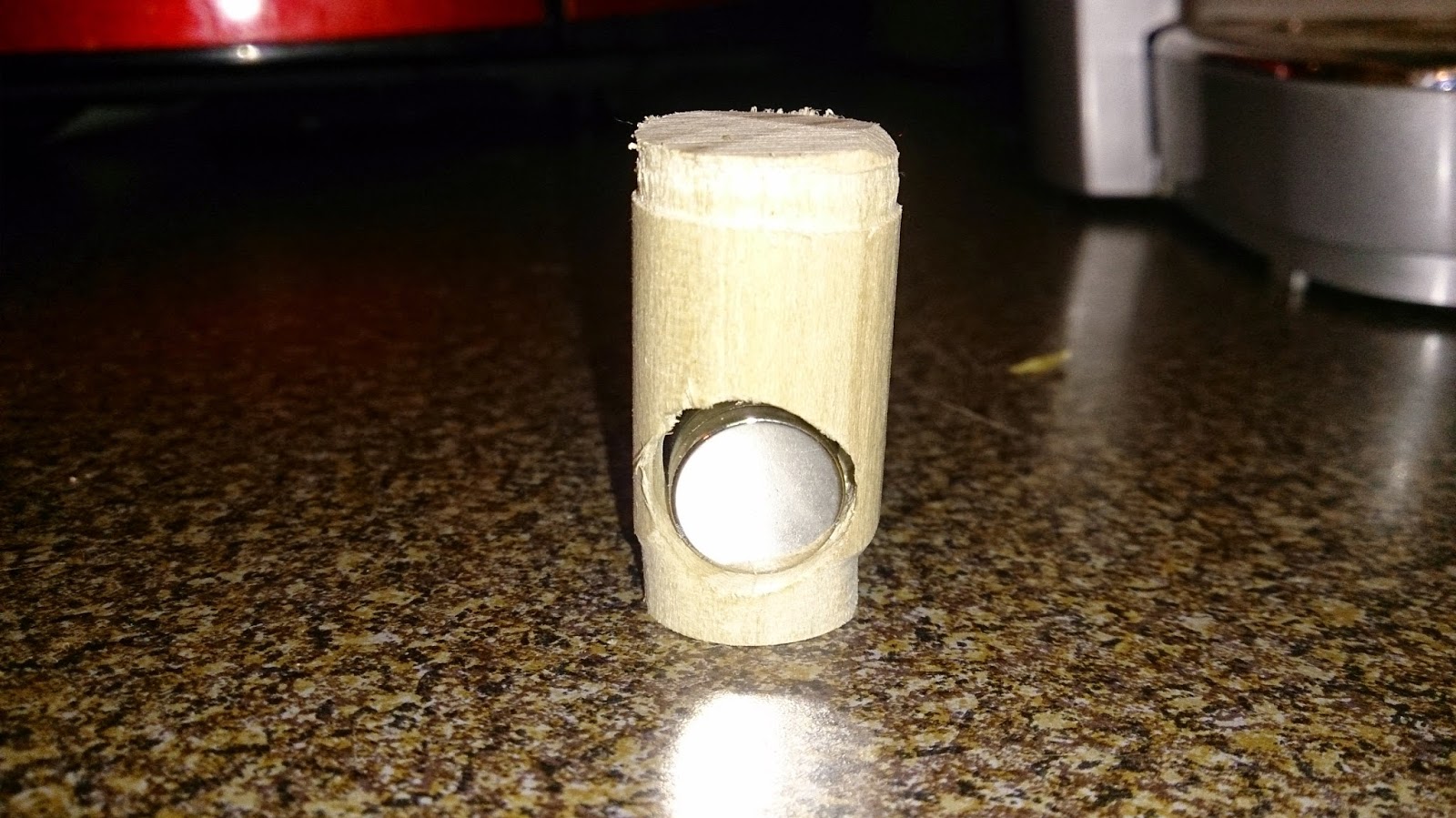 Stack of magnets in spinner 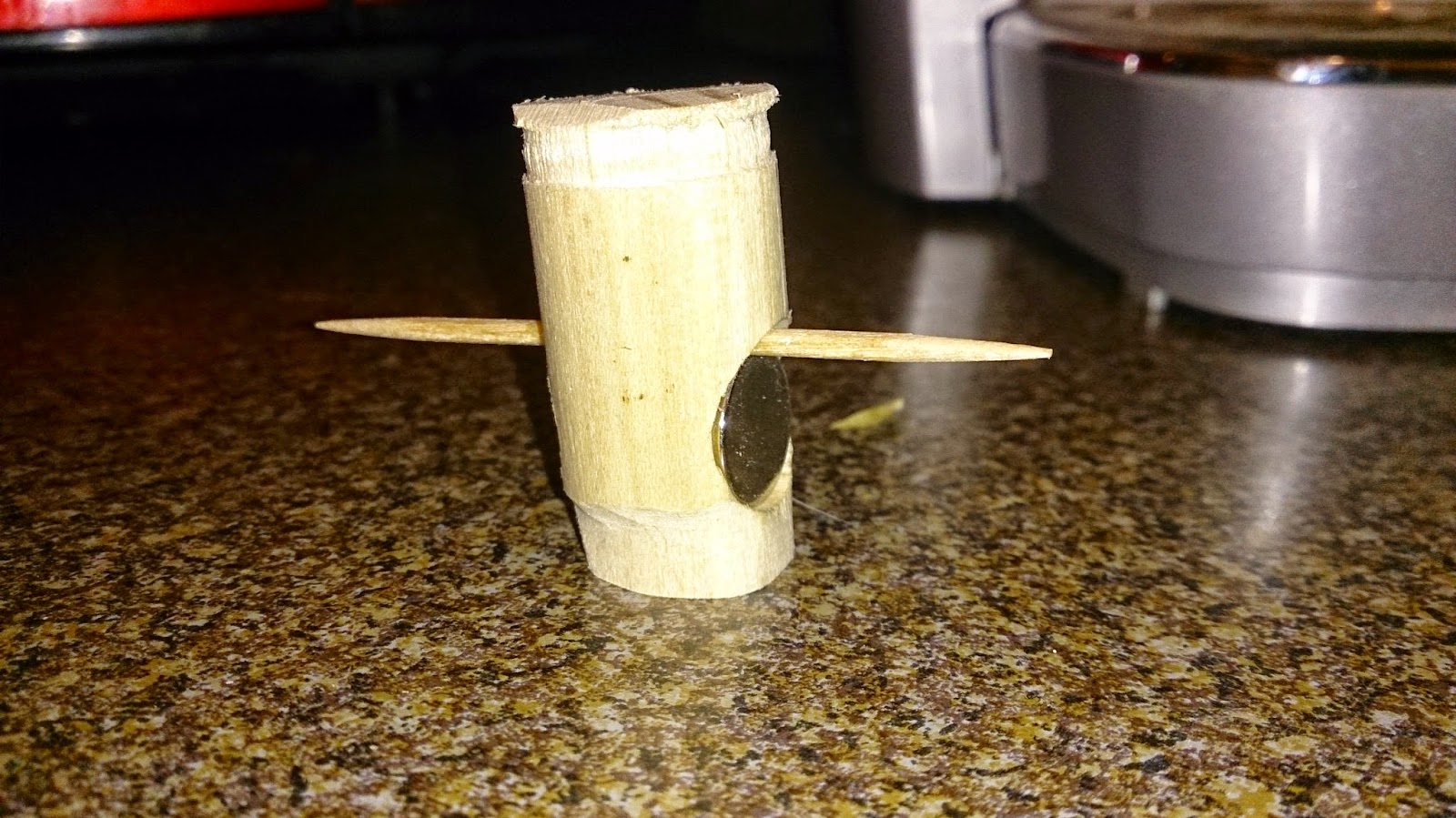 Trimmed toothpick in spinner
The toothpick stubs were coincidentally at the same height as the whisker so the stubs were left long. 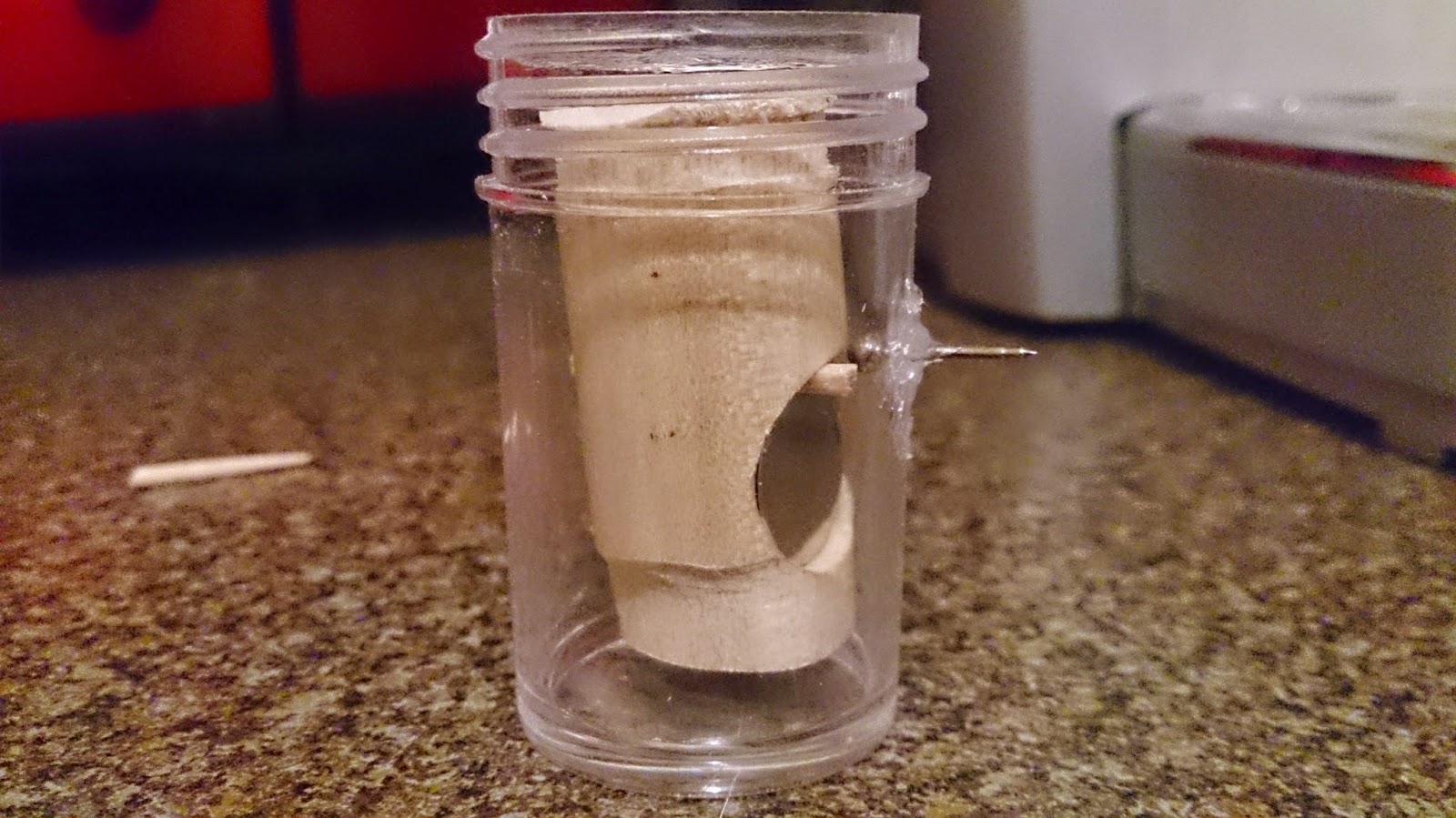 Height of toothpick stub and whisker

The friction along the sides of the jar and O-rings and wood was too great.  The spinner would not rotate.  The model was disassembled and allowed to dry. 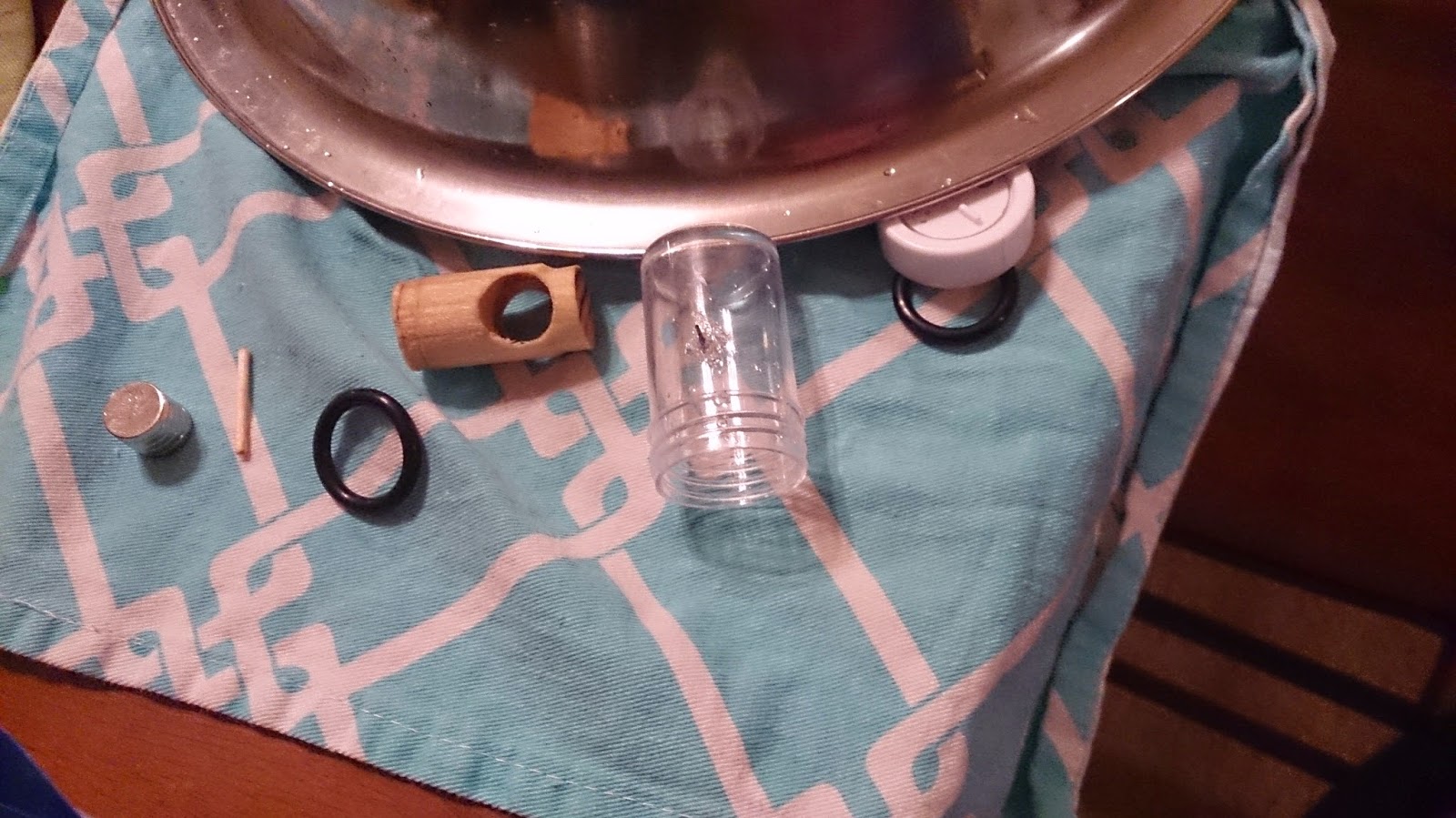 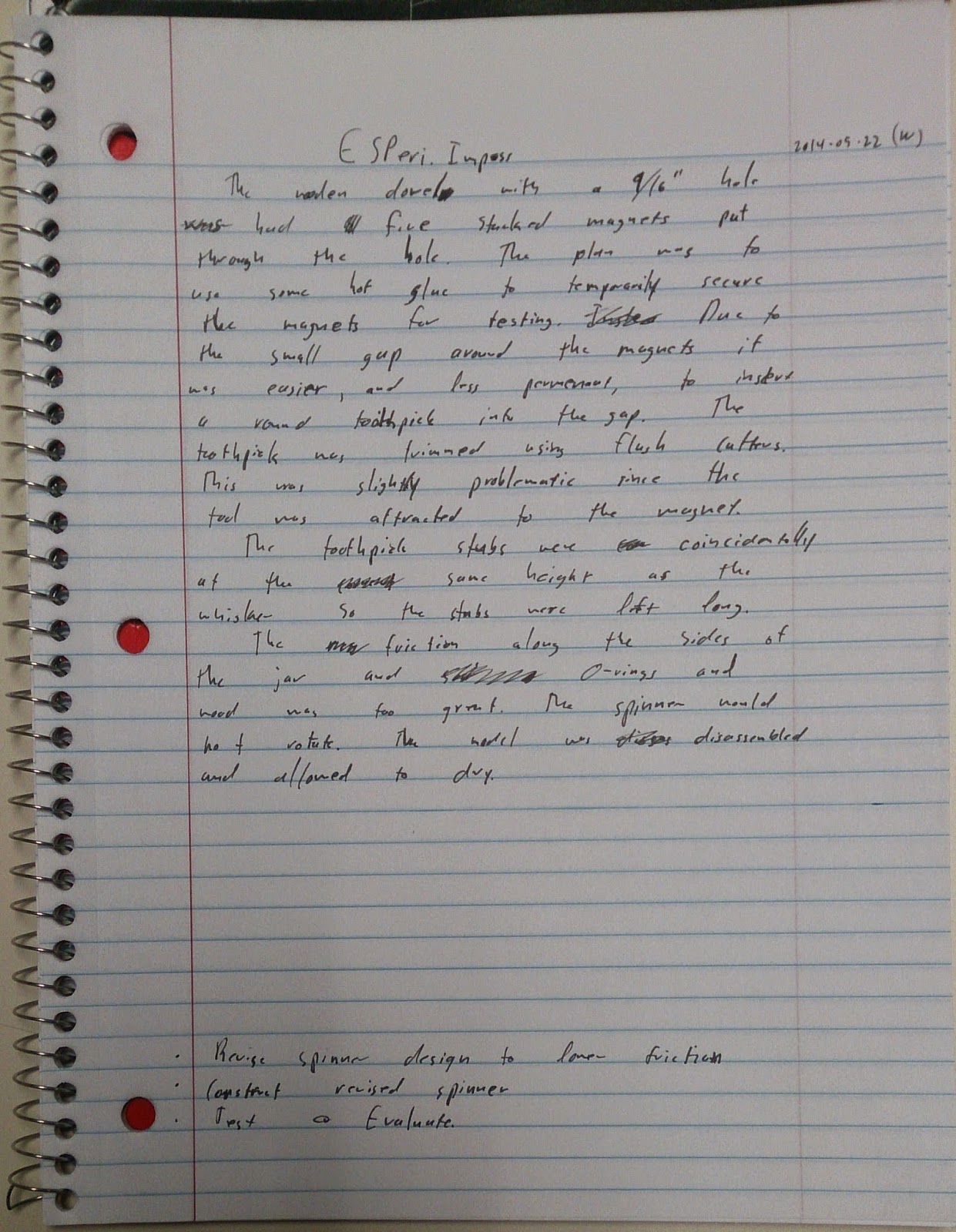