I’ve been relying on Google to animate most of my pictures because it does a pretty good job.  It couldn’t figure out the rotating view of the pulley in today’s post so that was hastily assembled by me with GIMP.

Enough background.
----------
The rough holes were smooth with a rotary tool and a drum sander bit.  The rough and uneven edges were neatly improved.  A lot of static dust was released so a powerful vacuum was used nearby to remove dust as it was created. 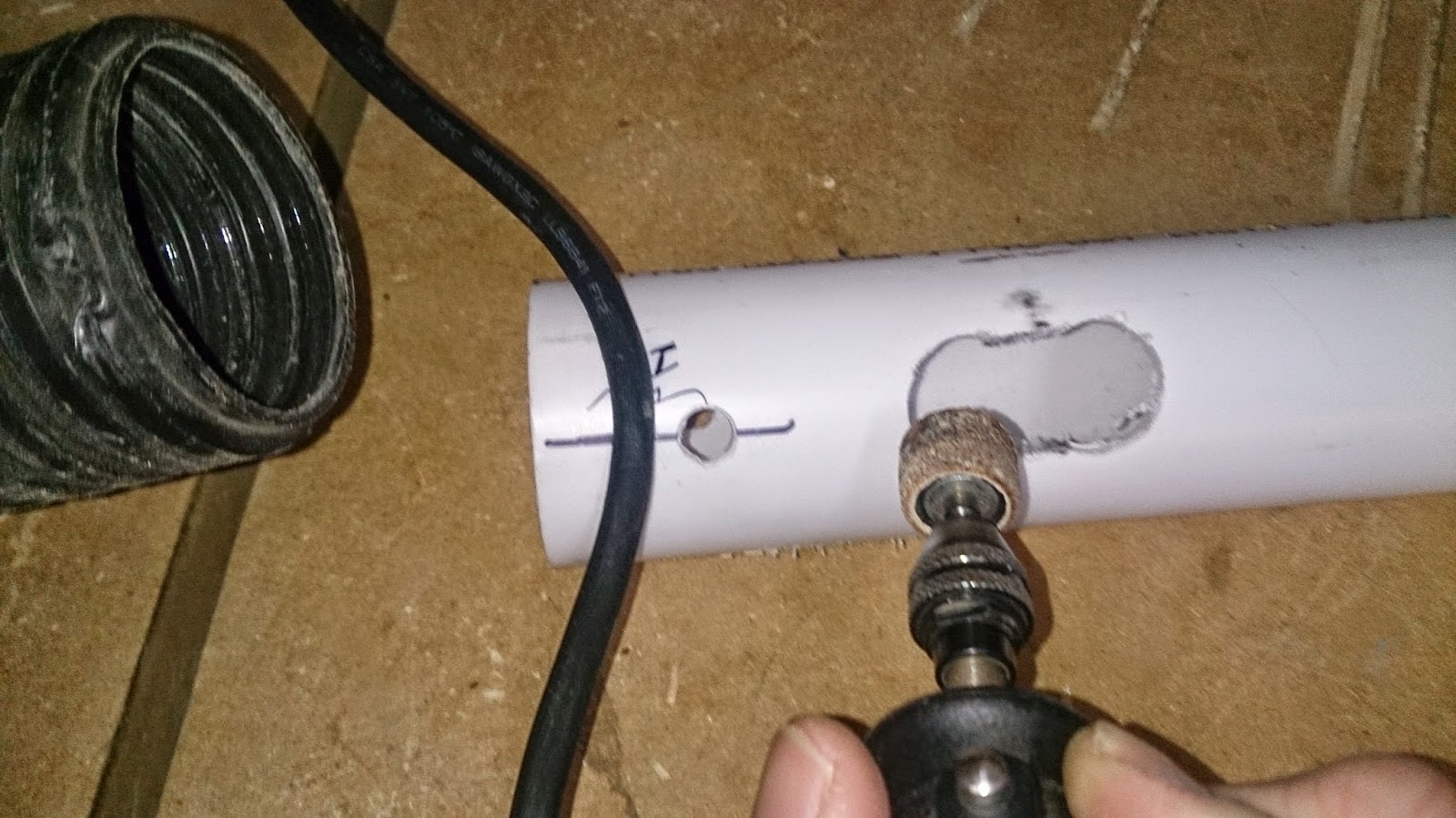 Smoothing the hole with a rotary tool 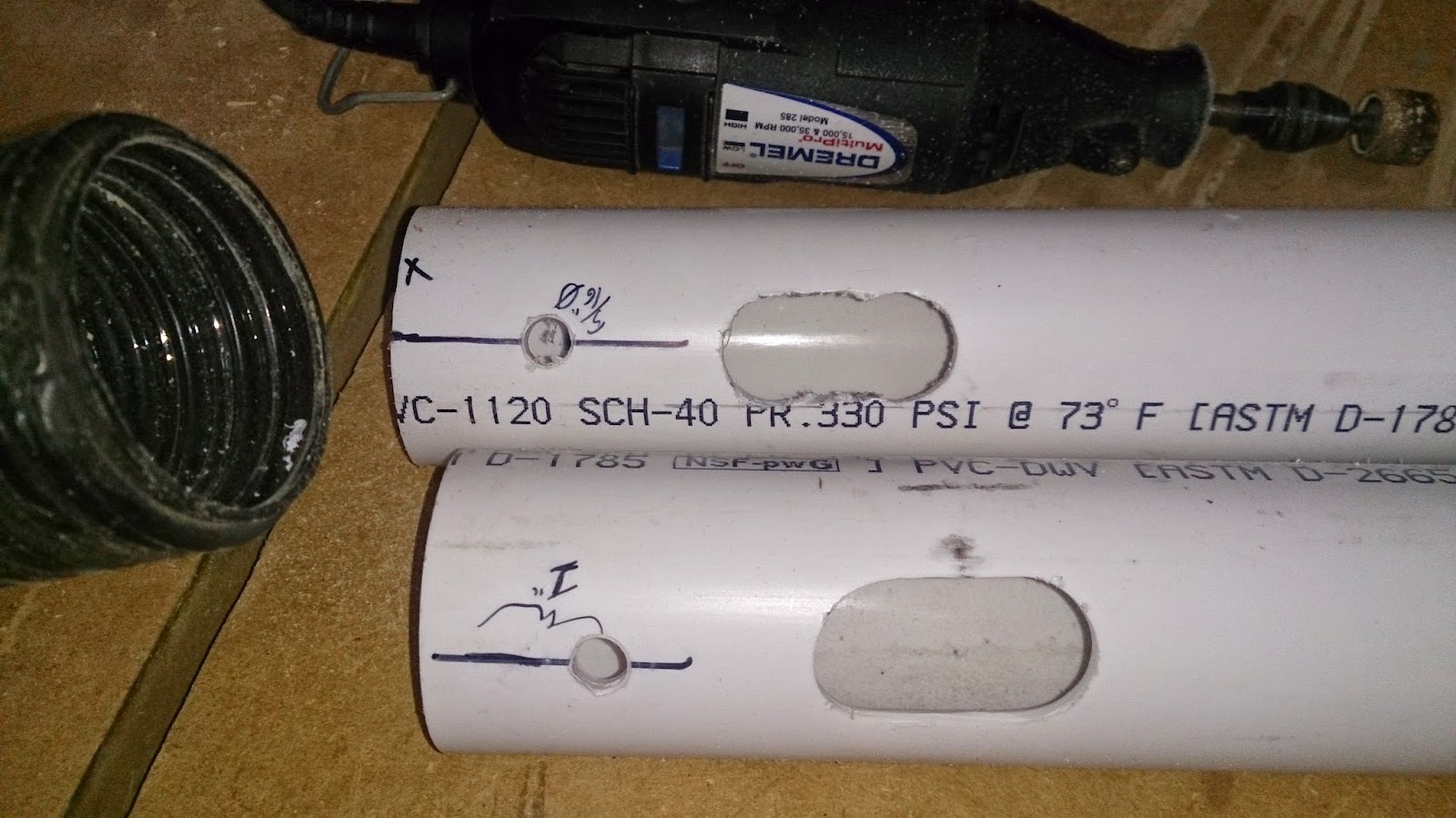 Rotation of the small hole with pulley in place

The size and position of the hole was not a good fit for the pulley.  When the bungee was inserted it rubbed against the pipe edge.  One pipe had the hole extended using the rotary tool and drum sander attachment.  When this seemed effective the same was done for the second pipe. 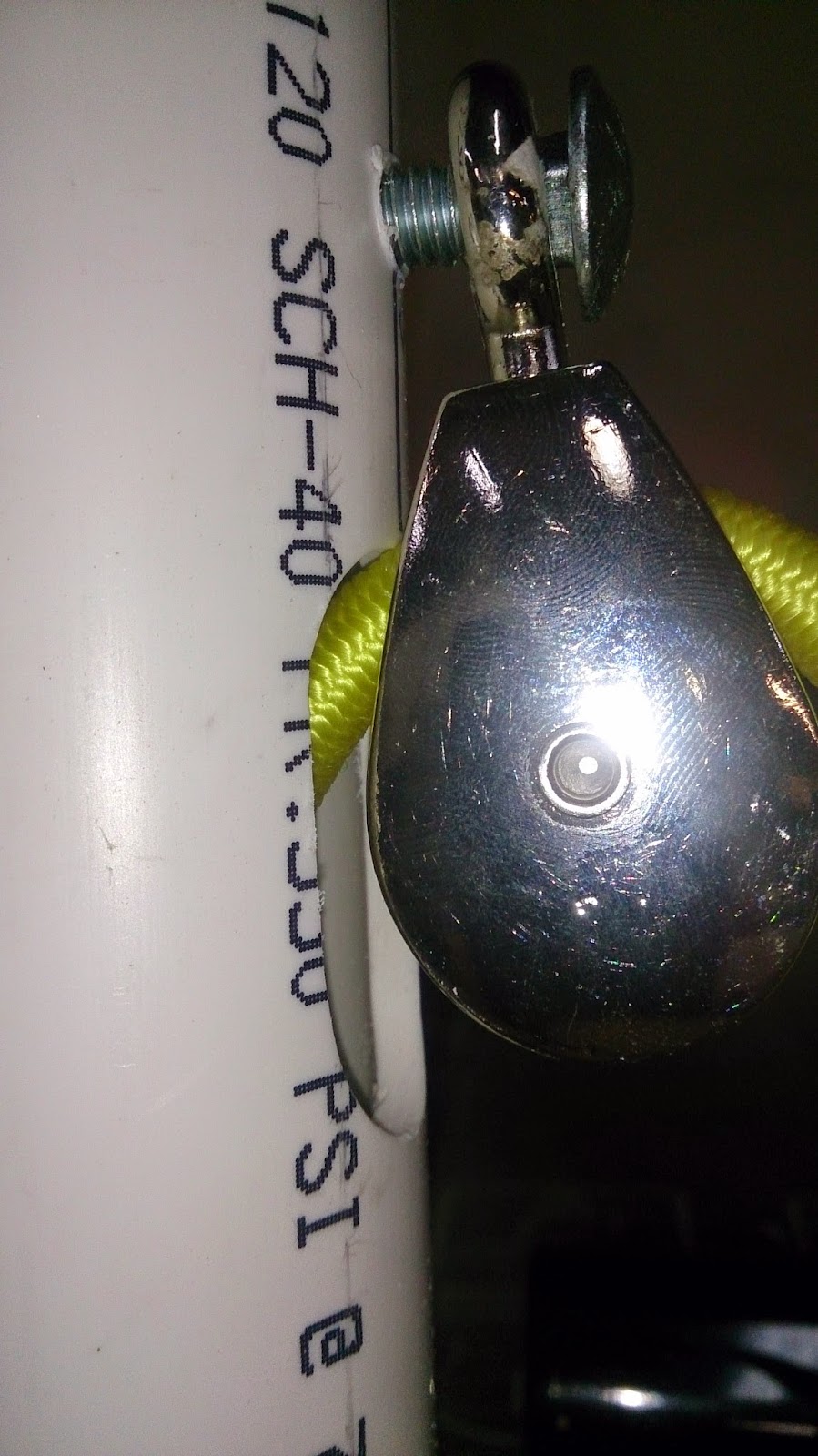 Bungee rubbing on the PVC 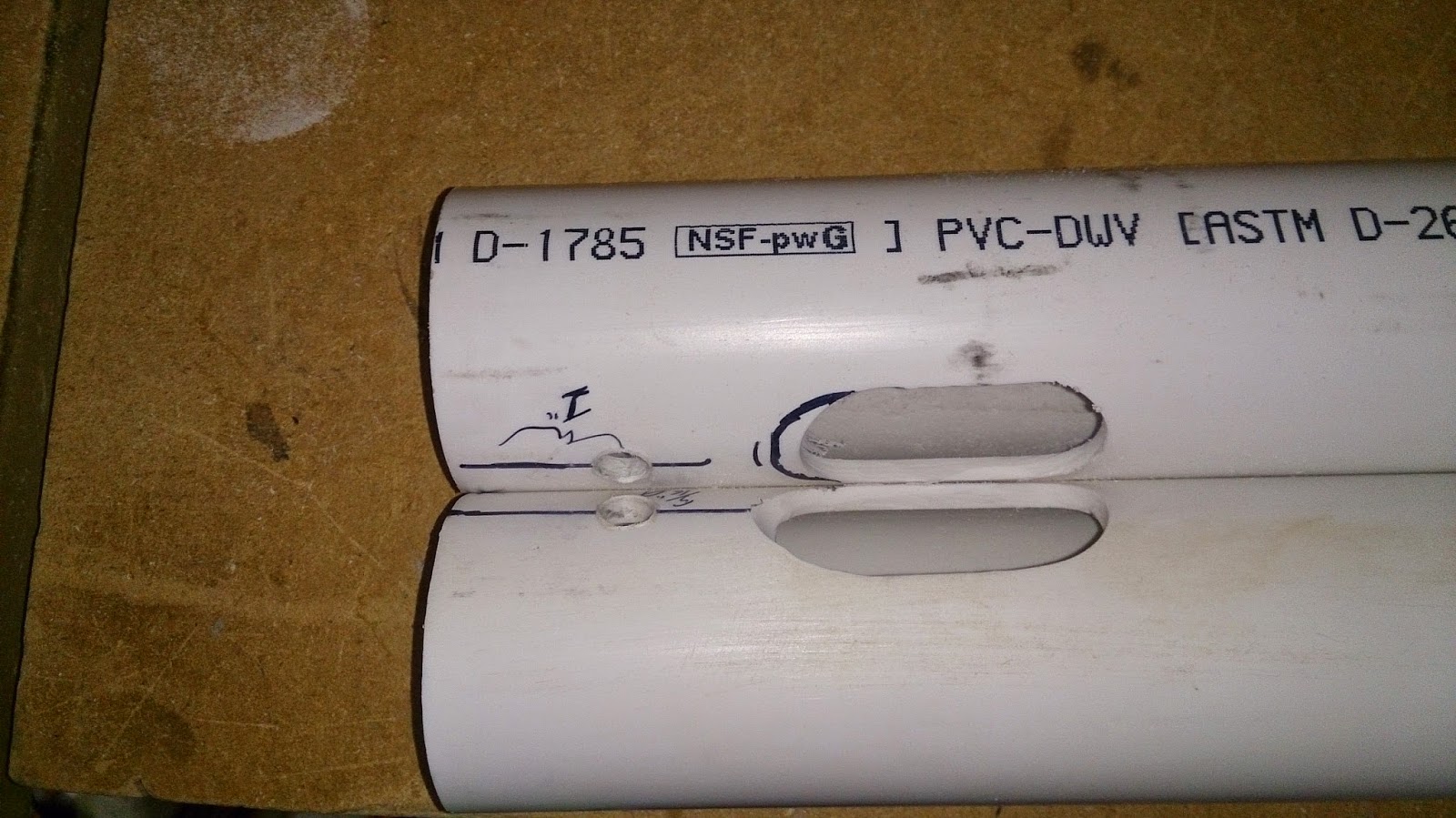 Marking the second pipe by looking at the first

The metal clip securing one end of each bungee cord was removed by cutting them away with the rotary tool and a cut-off wheel.  The adjustable bungee cord was left with one hook. 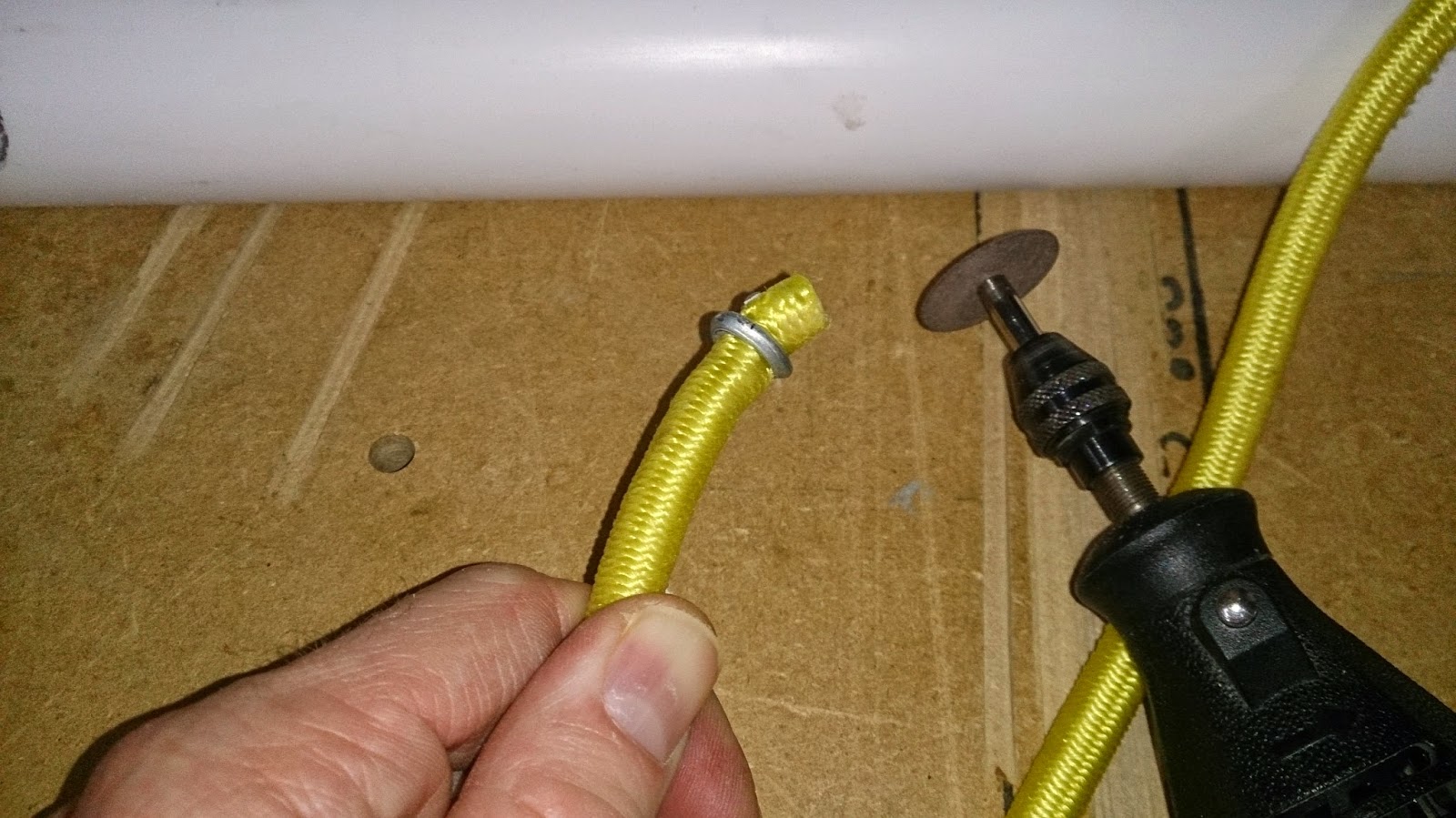 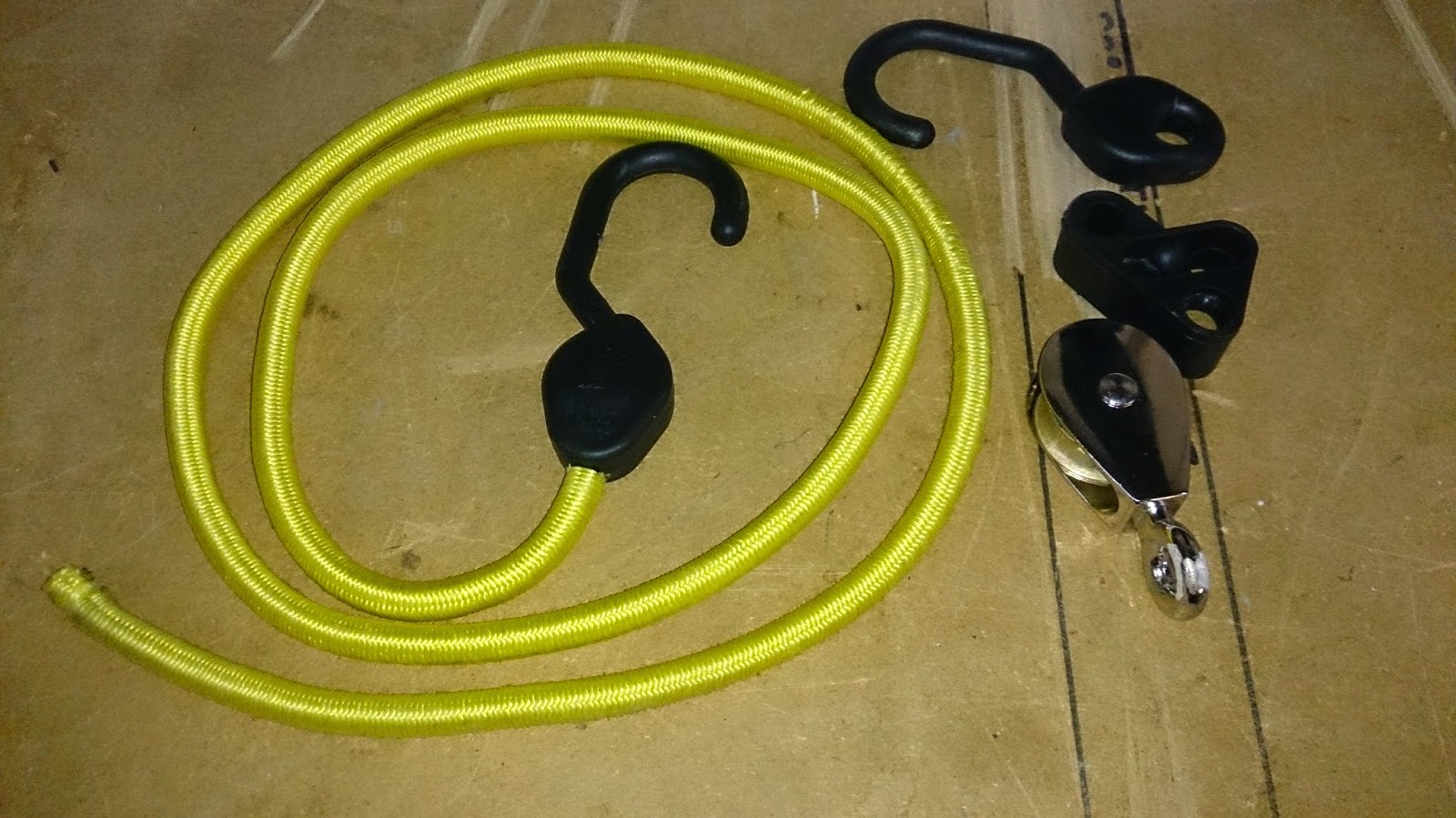 The bungee cord was threaded though the pipes and through the pulleys.  The lengths and concept seemed good but the pipe was too narrow.  The pulley fully inside the pipe pushes the bungee into the sides of the PVC pipe. 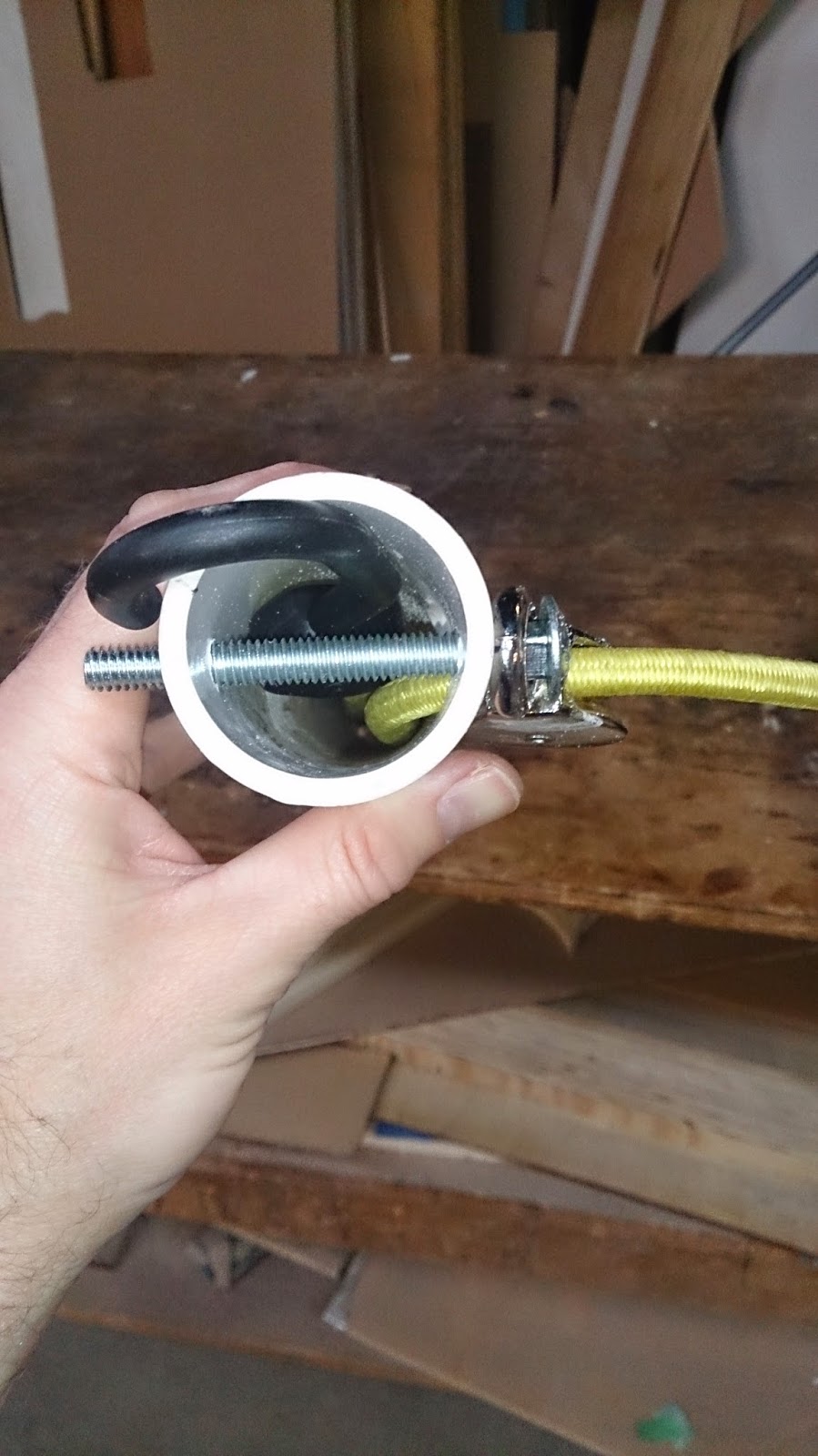 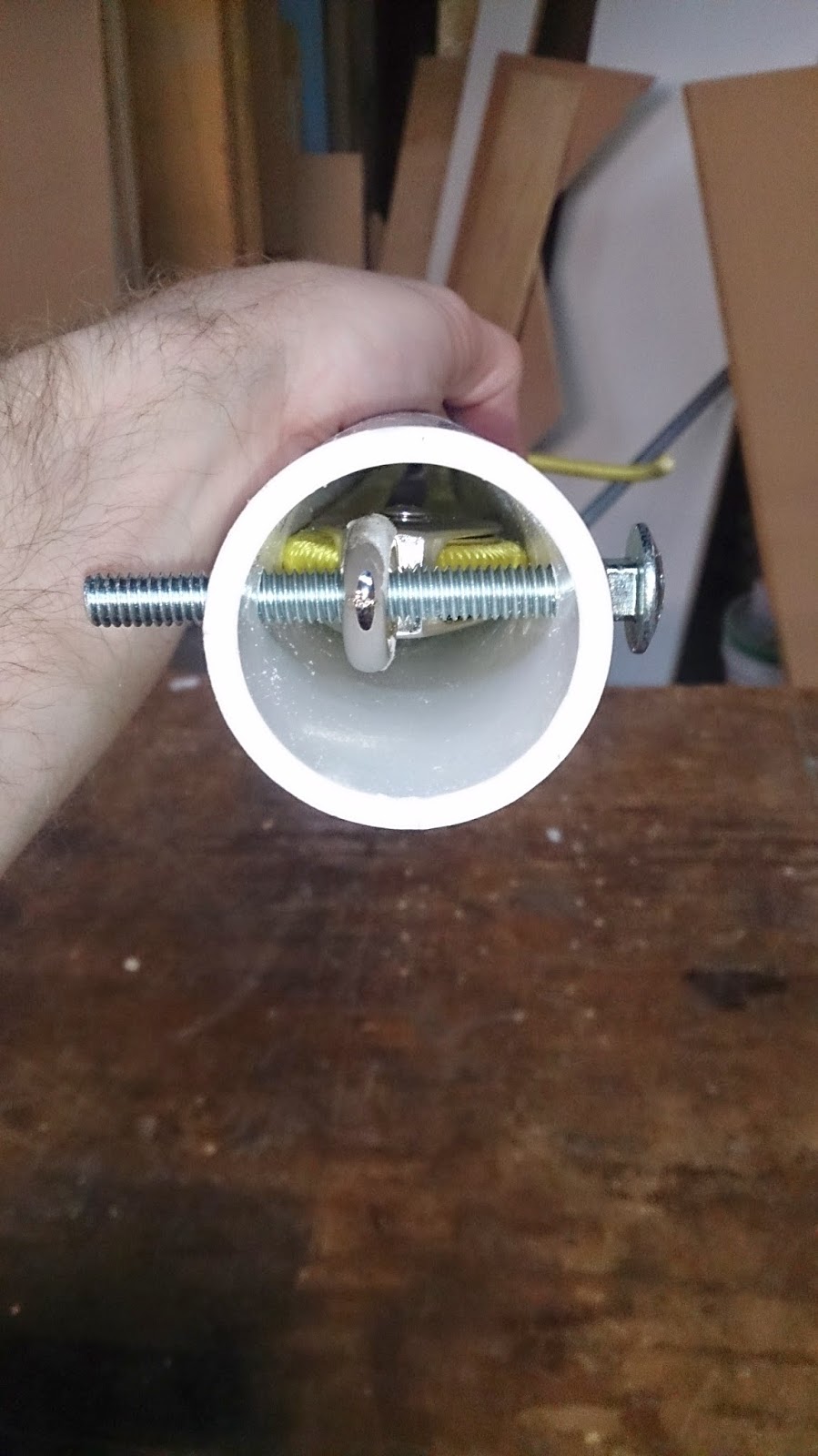 Bottom of PVC.  Bungee can be seen as pressed against the sides

The corner brace in the release mechanism was removed so it could be modified.  The corner was rounded on a grinder since it could hang up the procedure during reloading.  Once the corner was rounded it was polished on a belt sander.  The other edges of the brace were also smooth since they make contact with the operator or the sling. 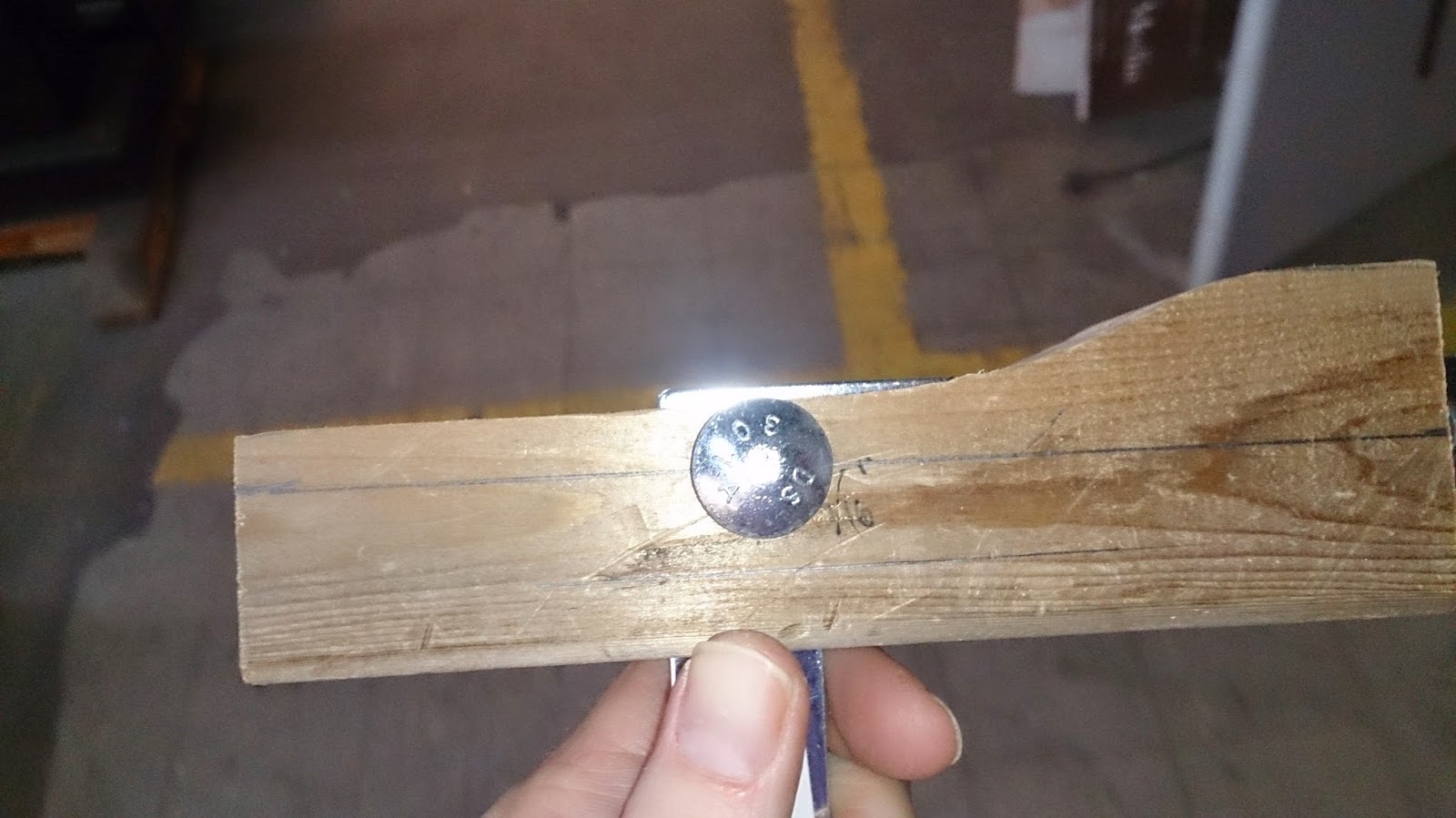 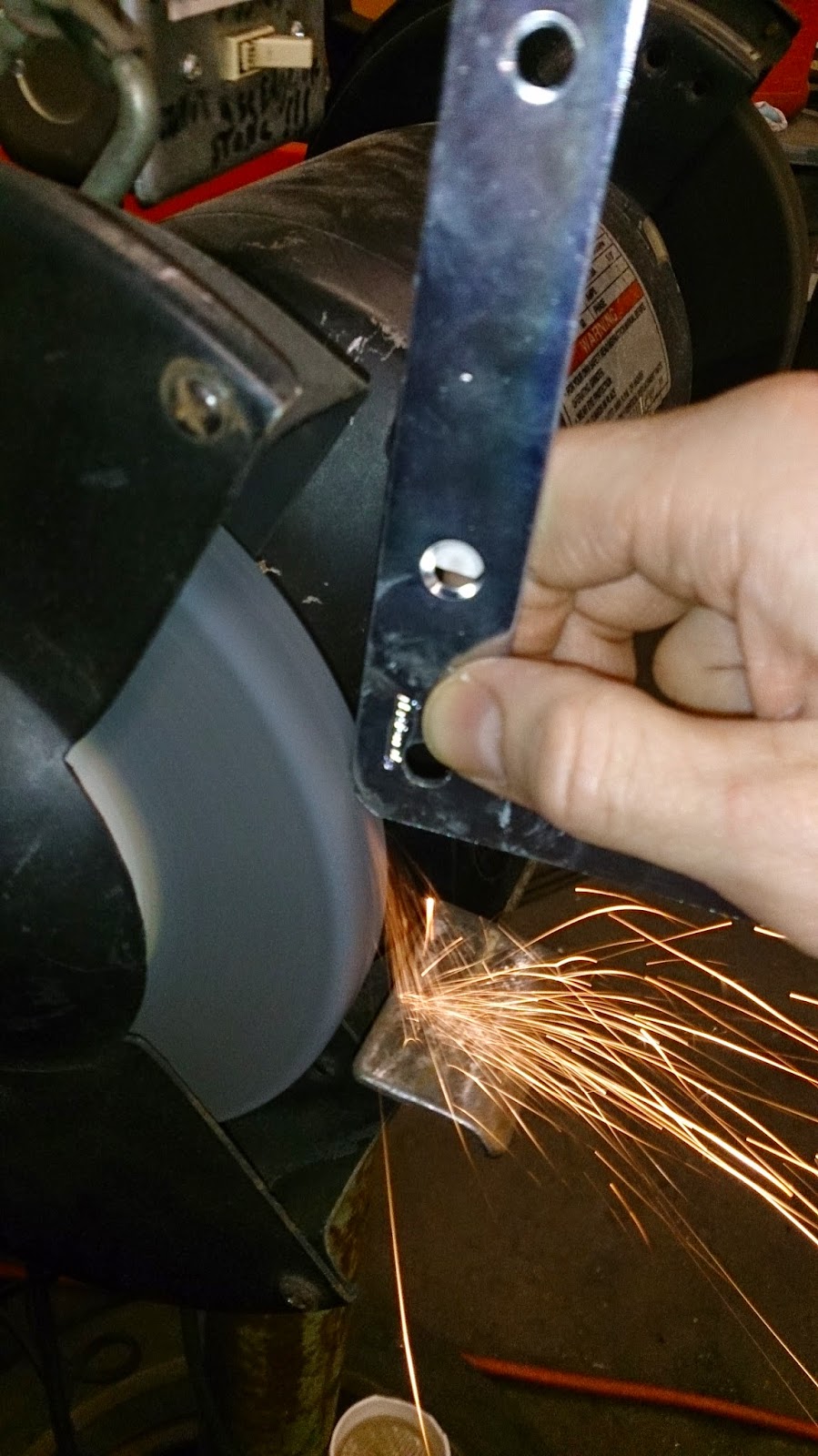 Rounding the edge of the metal corner brace on a grinder 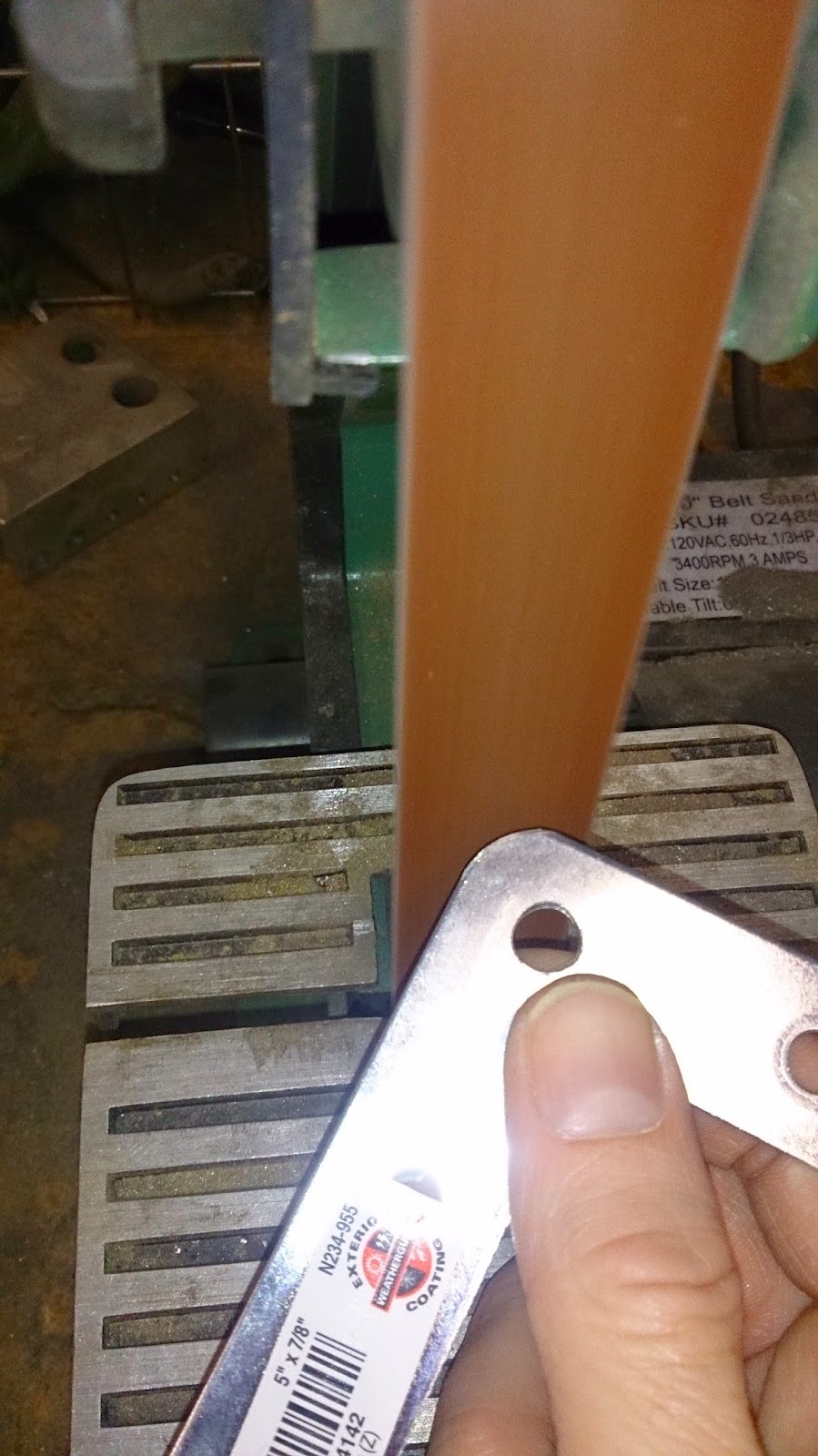 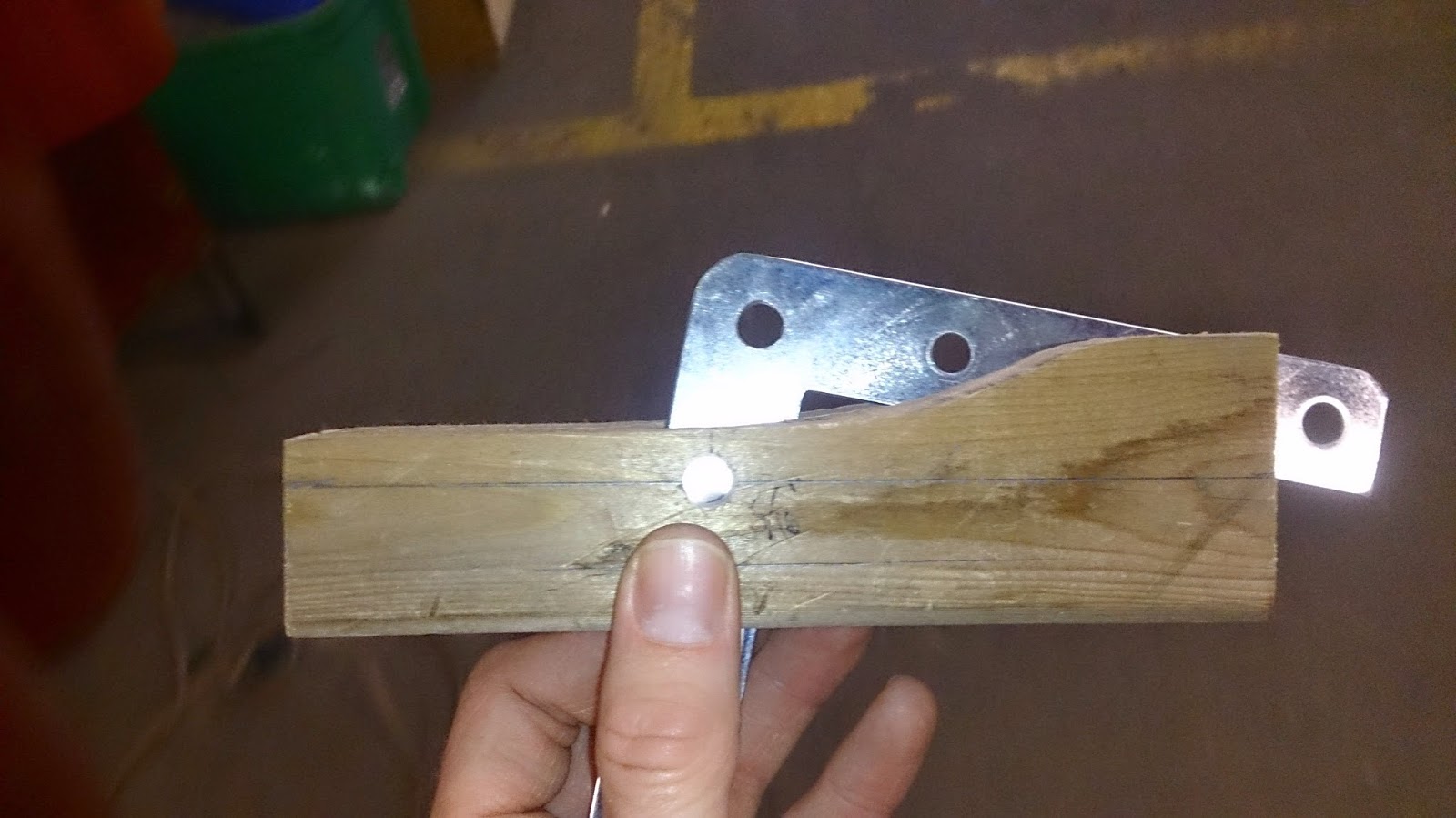 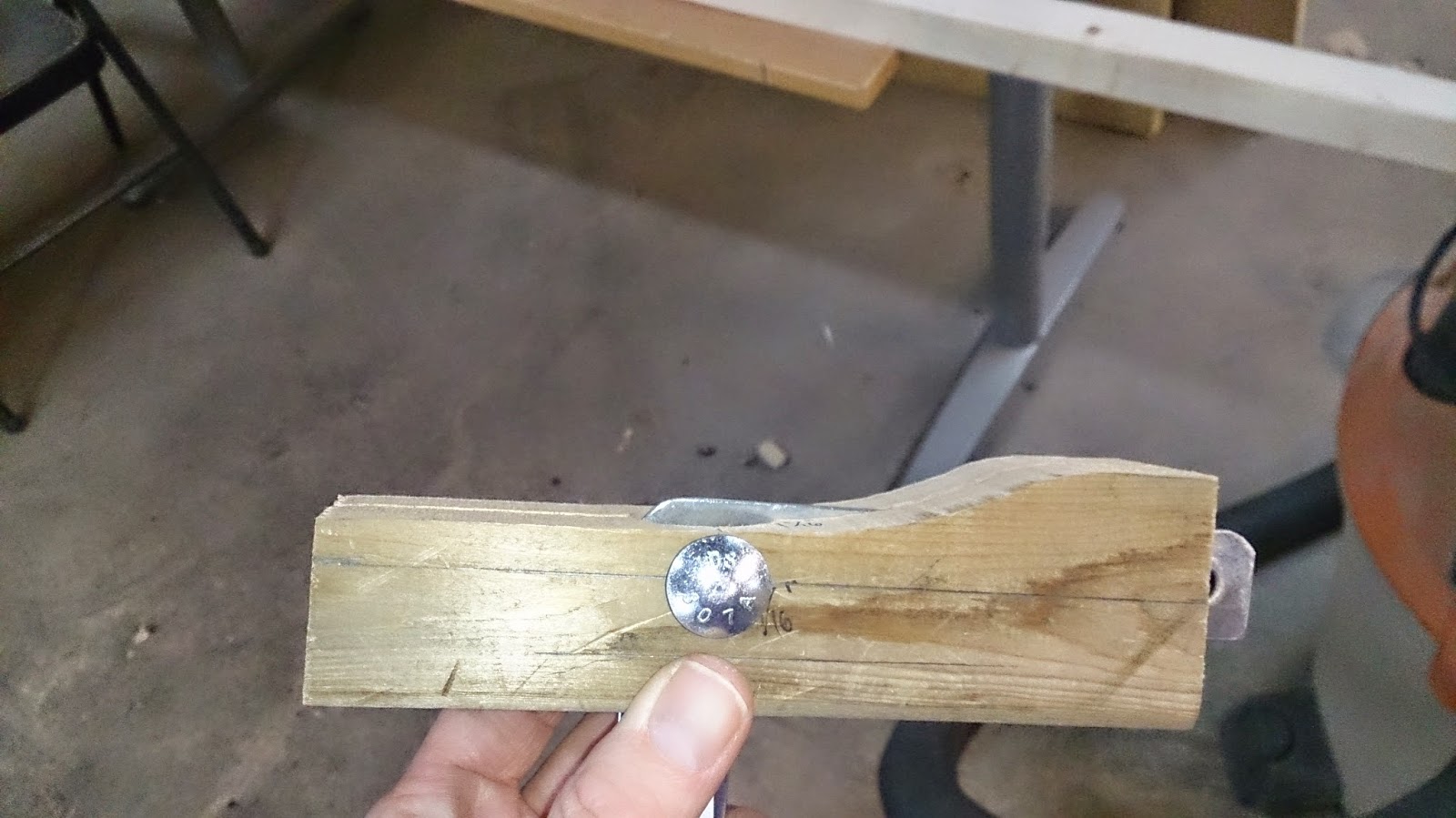 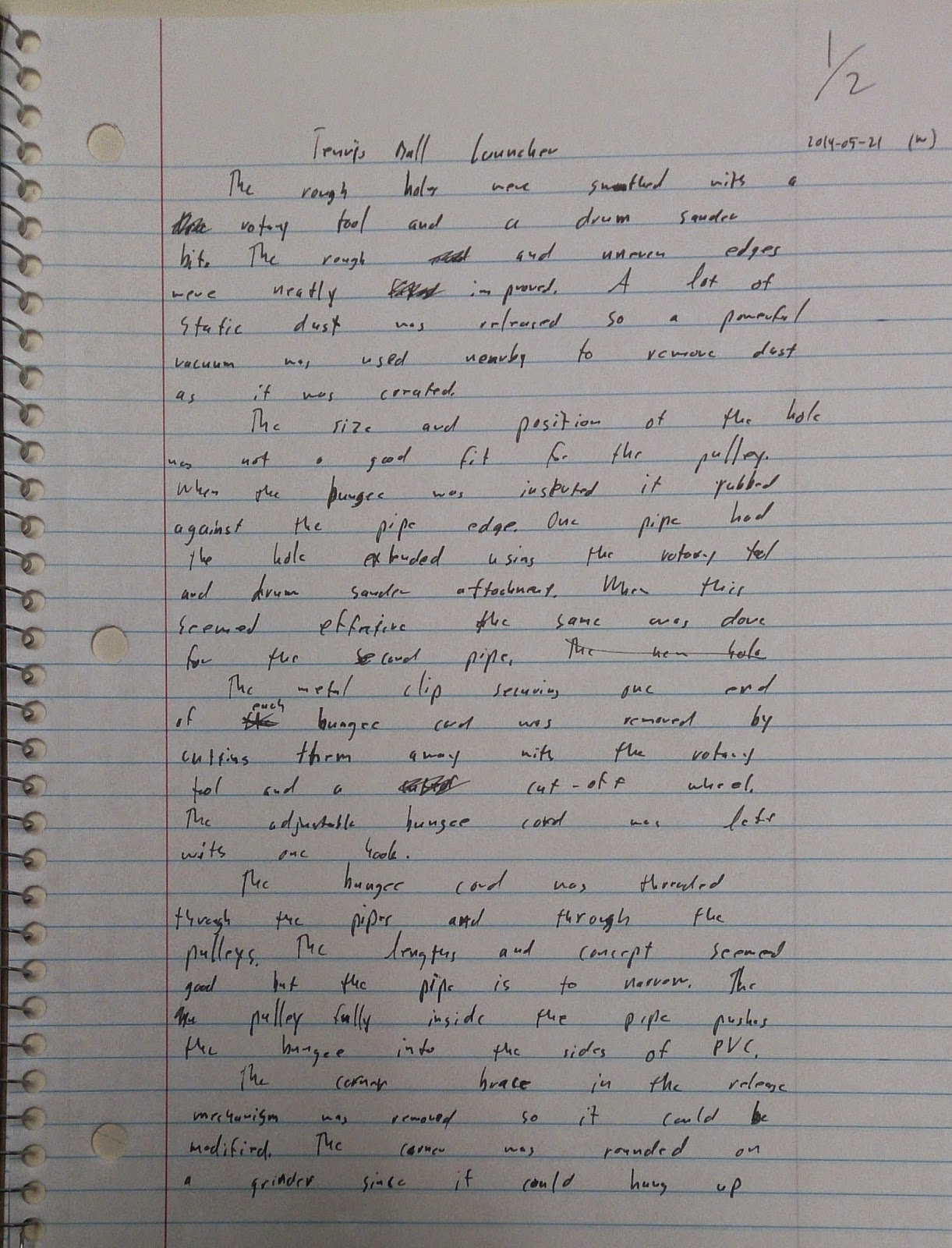 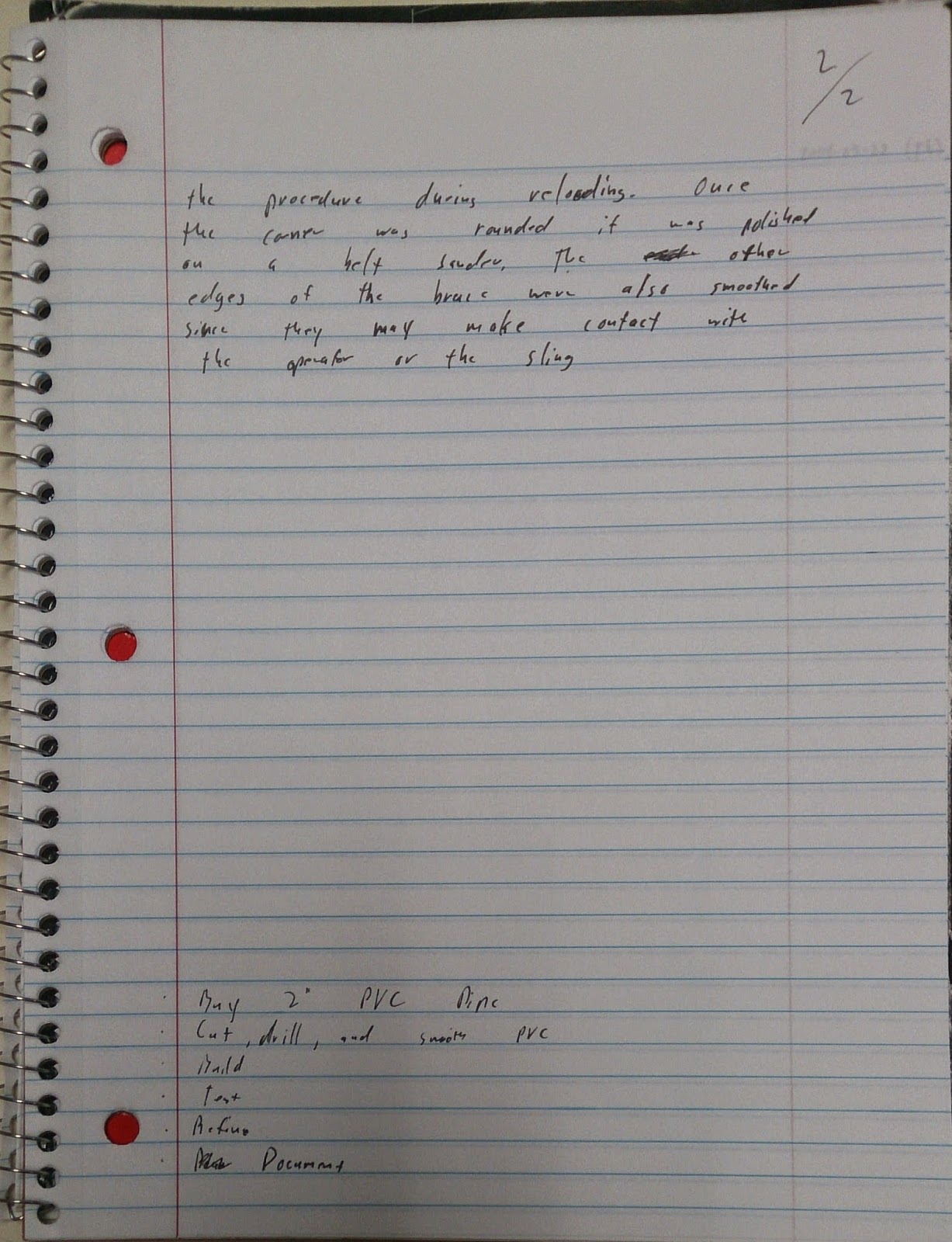