May 28, 2014
If I counted the times I left work with high hopes of accomplishing a million hours of project work in the hack space I would run out of fingers.  Fortunately, today I accomplished a lot from my apartment.  That is a bit more rare since my apartment is the same place I keep my junk food and books.

Another idea for mounting the spinner between the screws of the chassis was sketched and drawn.  This idea uses a nut with divots which can be easily shifted to keep the balance of the spinner.  The disadvantage of this design is that it doesn’t allow for much, if any, room to bounce while spinning.  This means the neoprene washer is unnecessary. 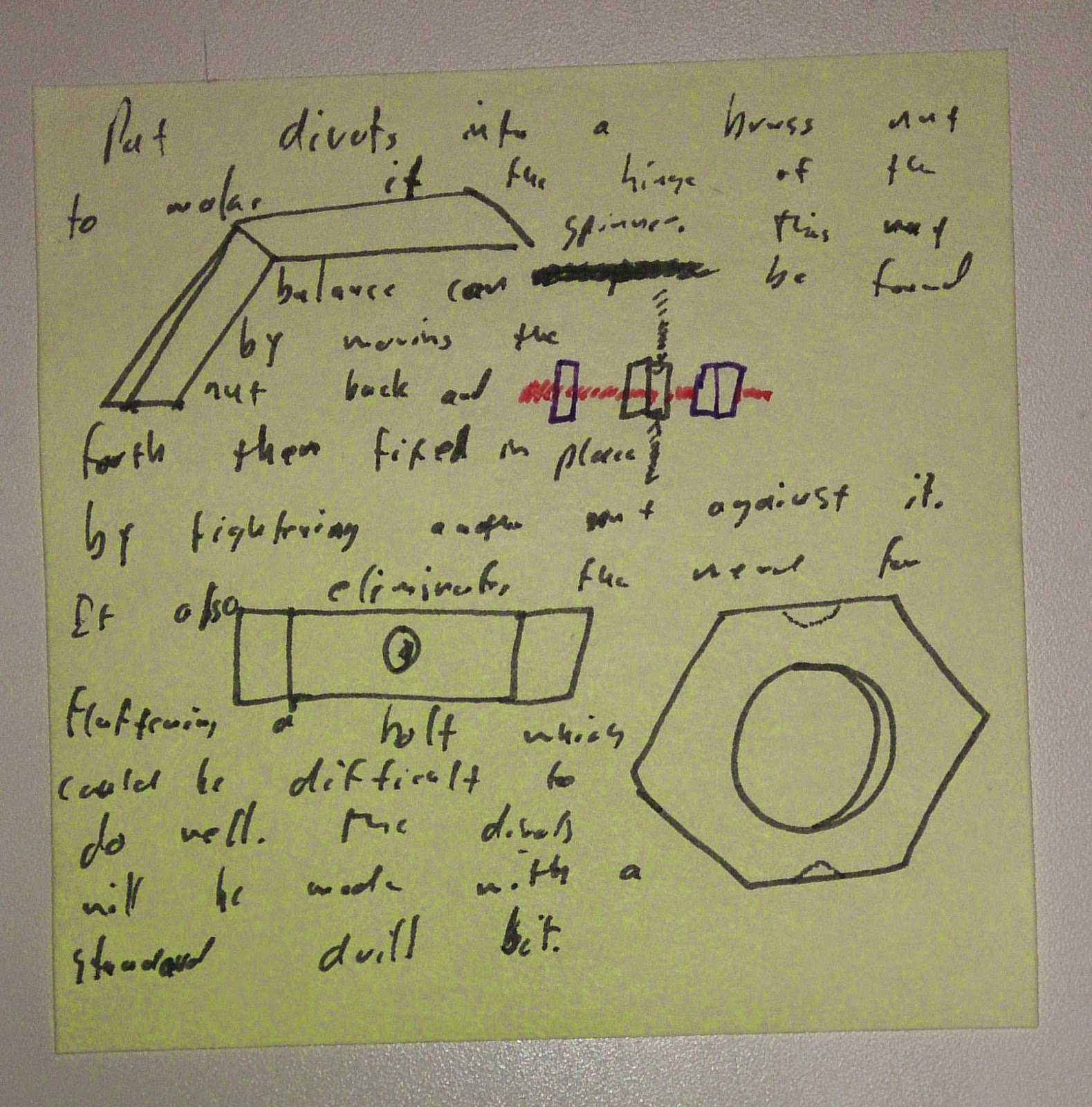 
Parts were purchased to try both concepts of this design.

An O-ring was cut using flush cutters to make a whisker guard for the wooden models.  The idea was to put a small segment of the O-ring above the whisker so it would only be stimulated by a bump on the spinner.  The O-ring segment was trimmed and glued in place inside the cylindrical jar. 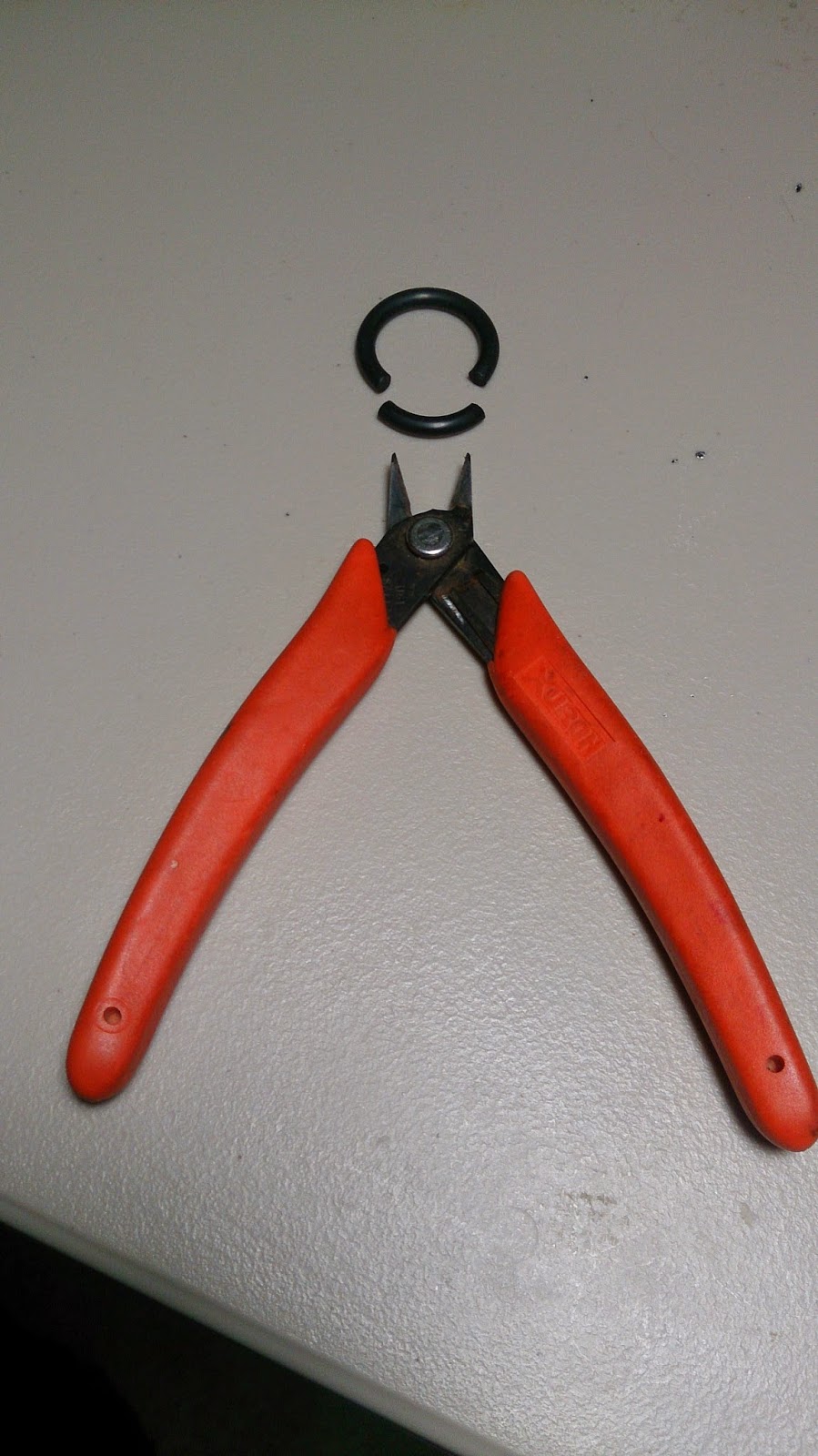 Cutting a small segment from an O-ring with flush cutters 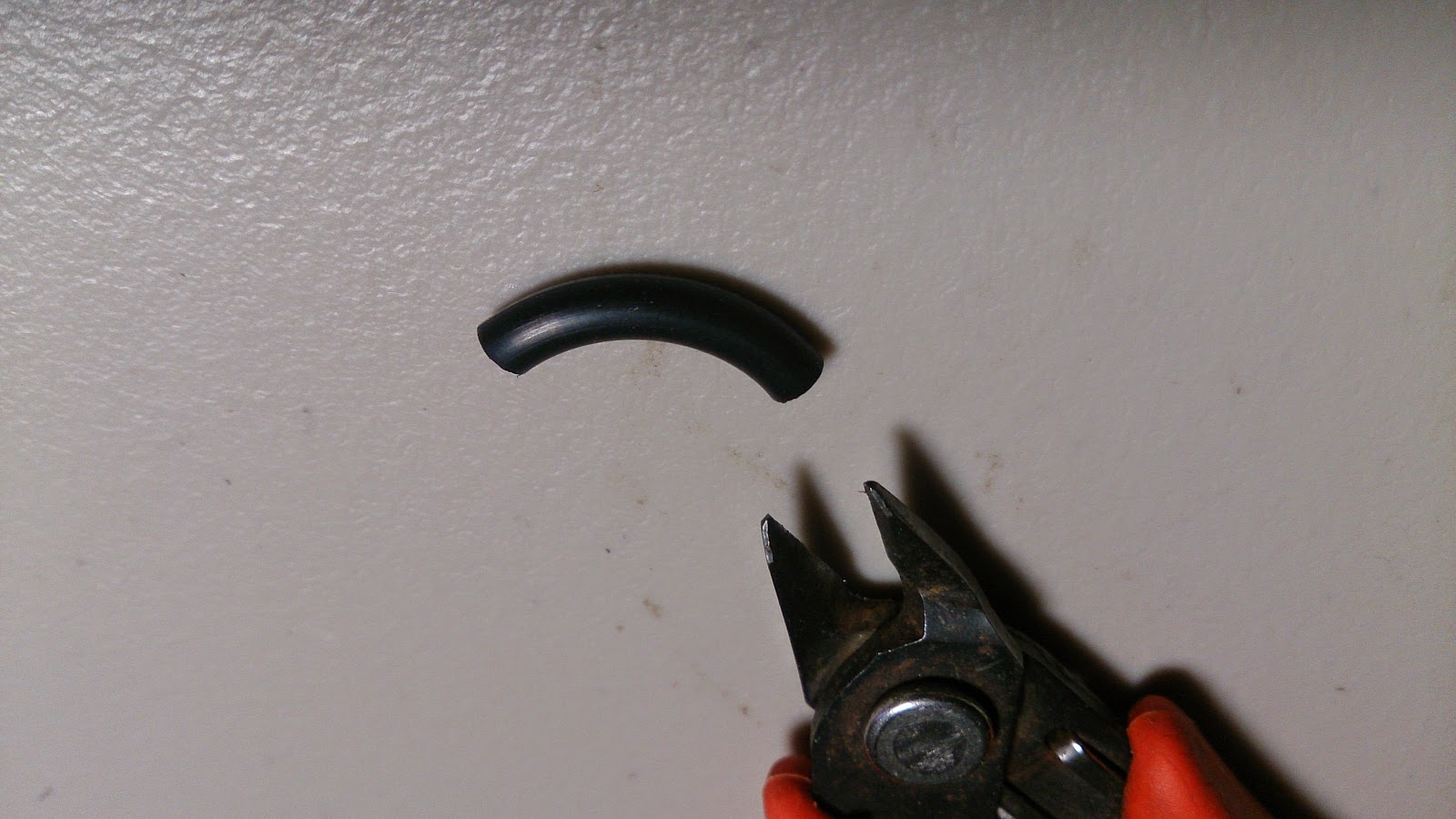 How appropriate that the whisker guard looks like a little mustache 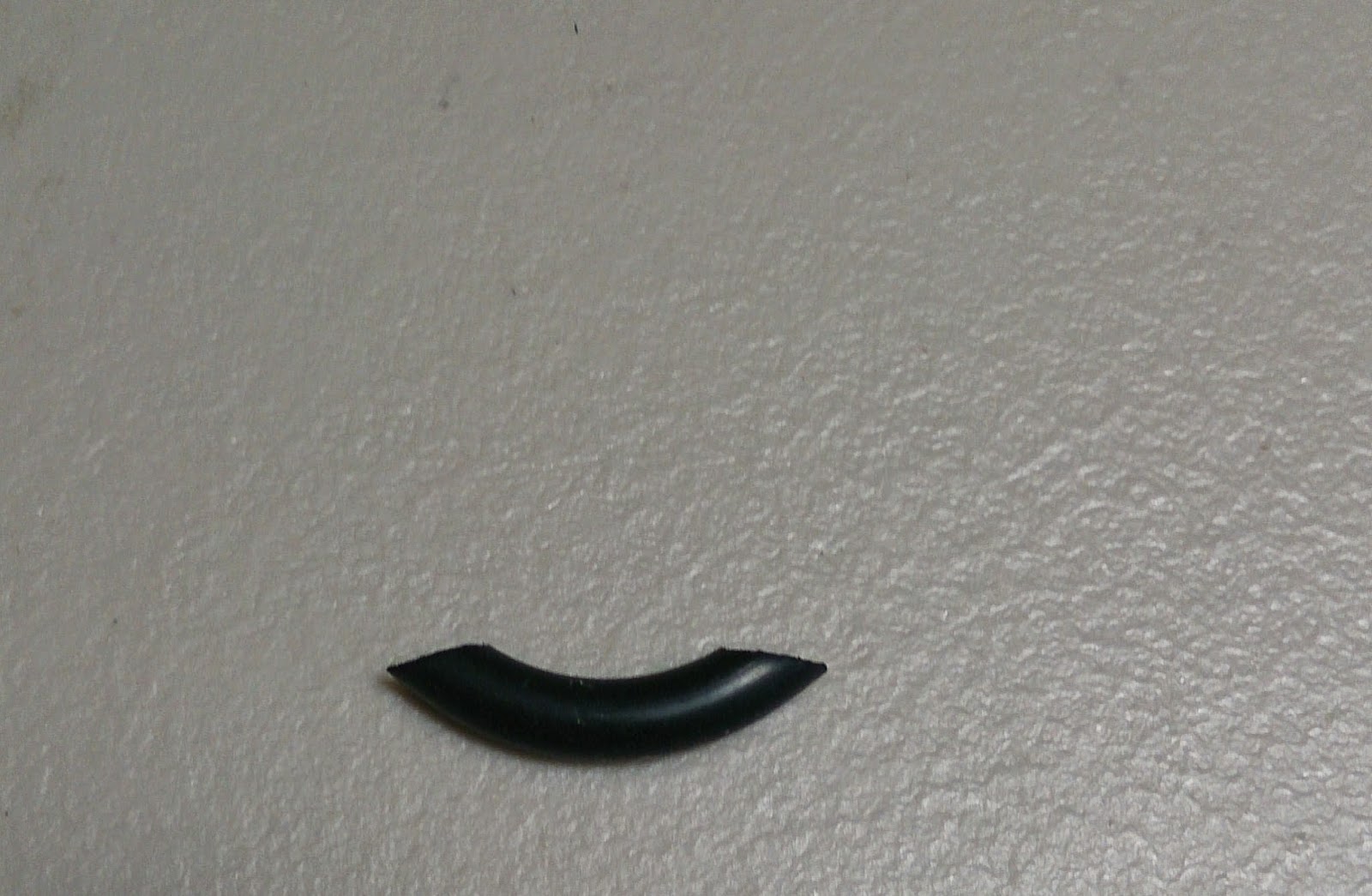 The corners were trimmed using the same cutter 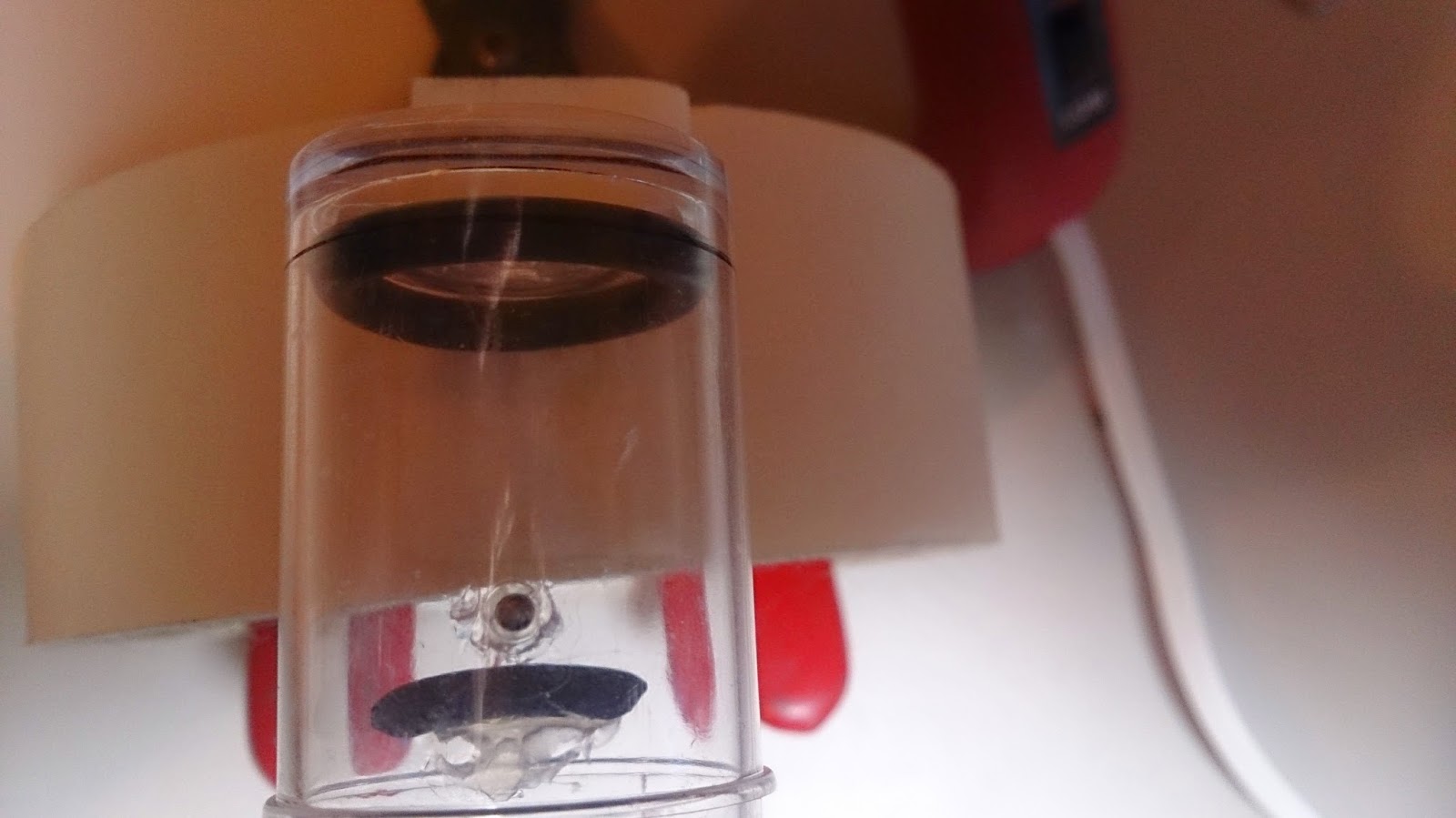 The guard was positioned just above the whisker 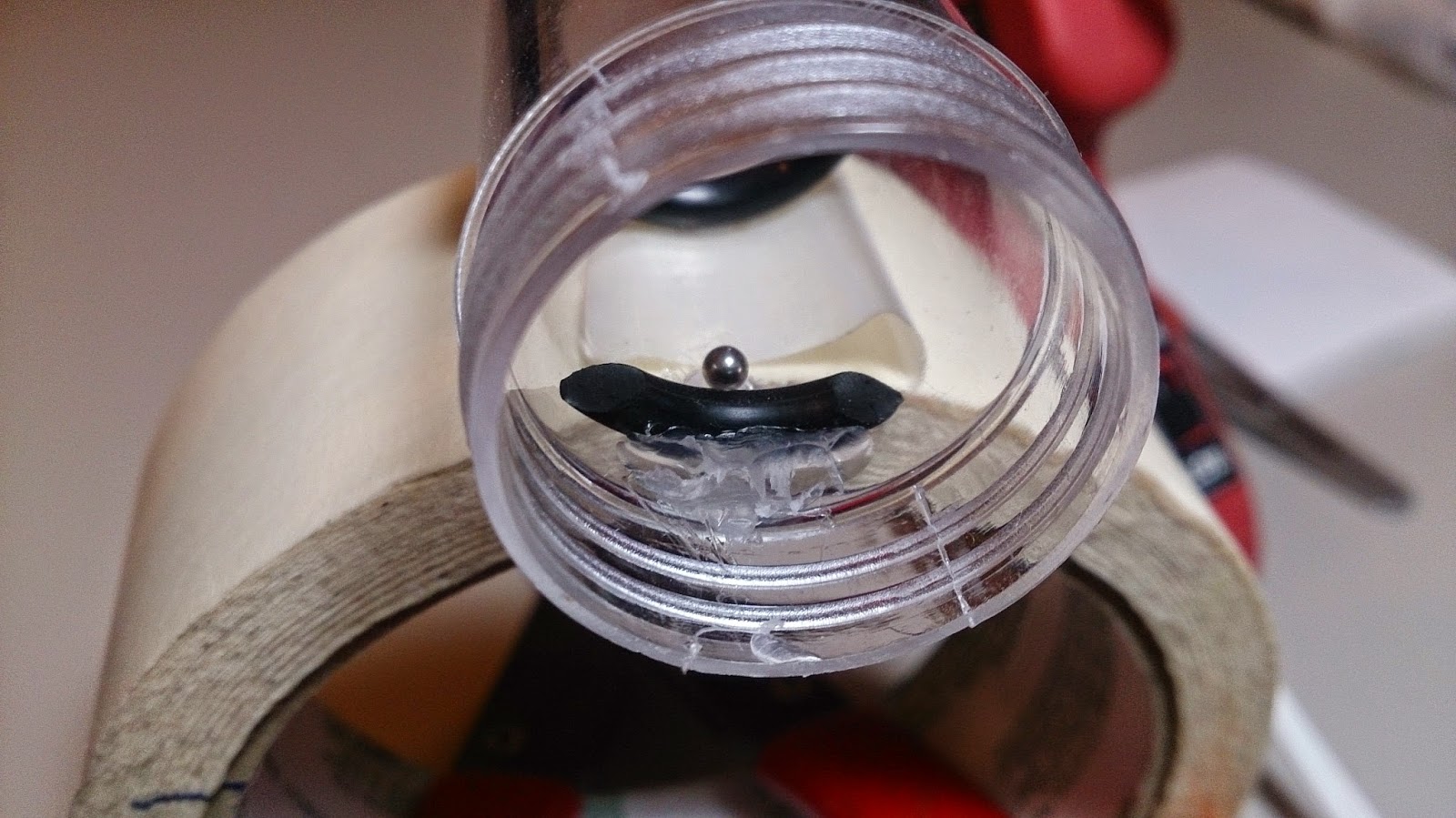 A disc magnet was glued inside the spinner.  This same spinner tested unsuccessfully before.  A small bit of hot glue was applied near a face of the magnet to touch the whisker.  It was necessary to make the protrusion very shallow so the spinner could still rotate without sticking to the whisker.  The spinner was not usable.  It appeared that the spinner was top-heavy due to the large magnet. 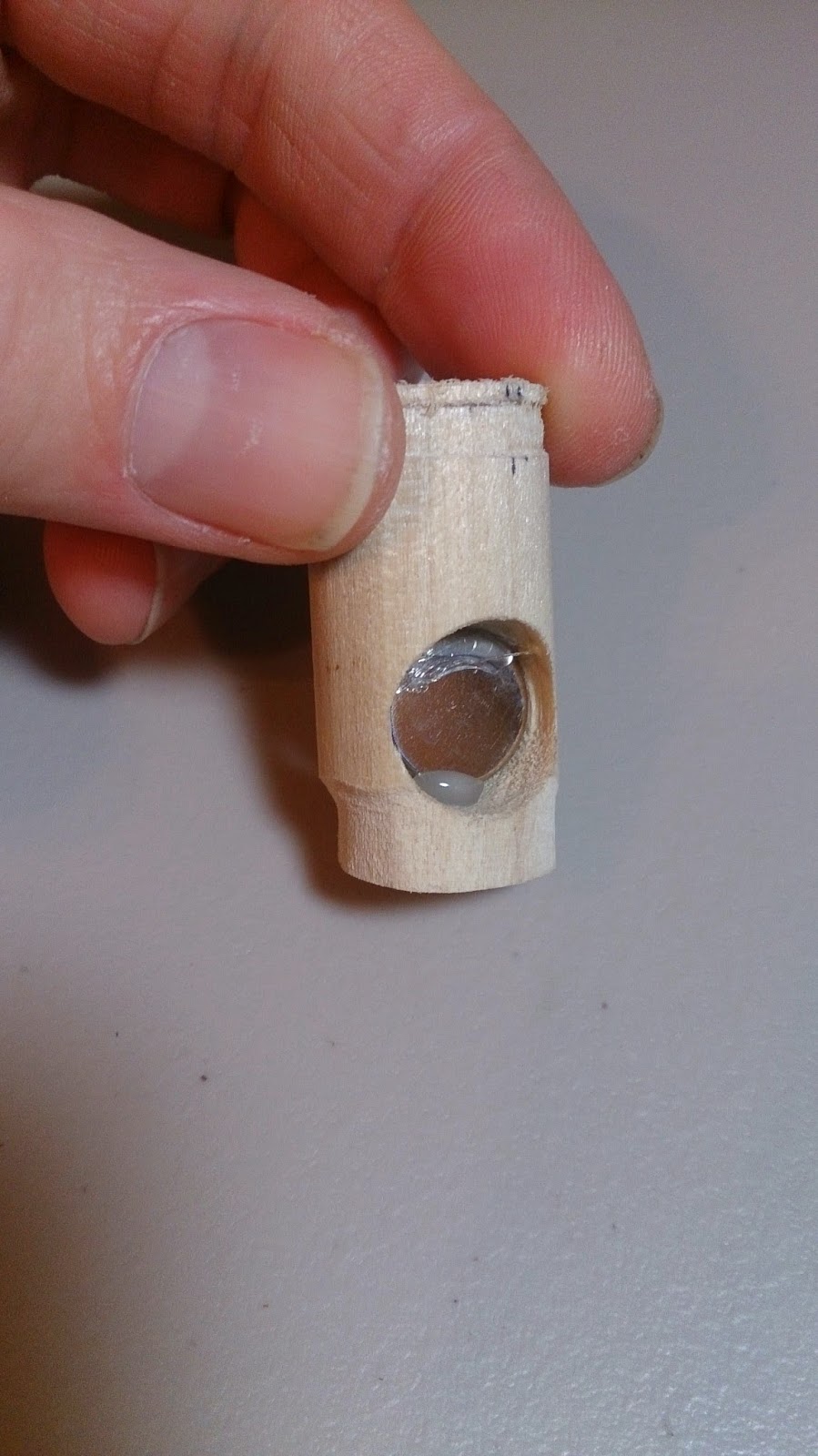 Magnet glued inside a wooden spinner 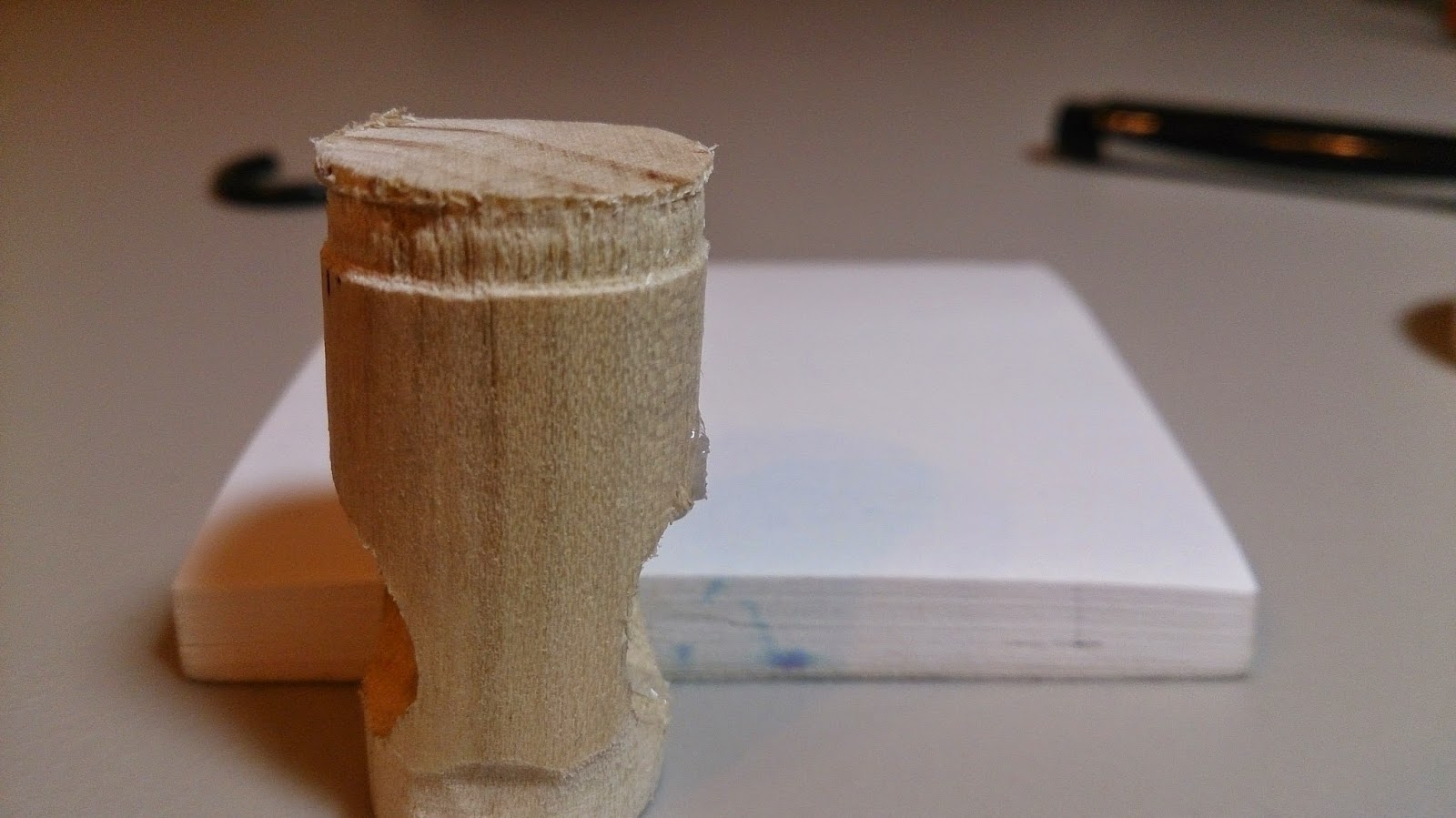 The second spinner which was also made on 2014-05-20 (Tu) was filled with small disc magnets to mimic a long cylindrical magnet.  The magnet array was glued in place and a small bump of hot glue was applied at the same height as the other spinner.  This spinner also tested poorly but it was clear the position of the magnets was not responsible for the off-kilter spinner position but rather the O-rings which force the spinner to sit at an angle and press against the container and O-rings with excessive friction. 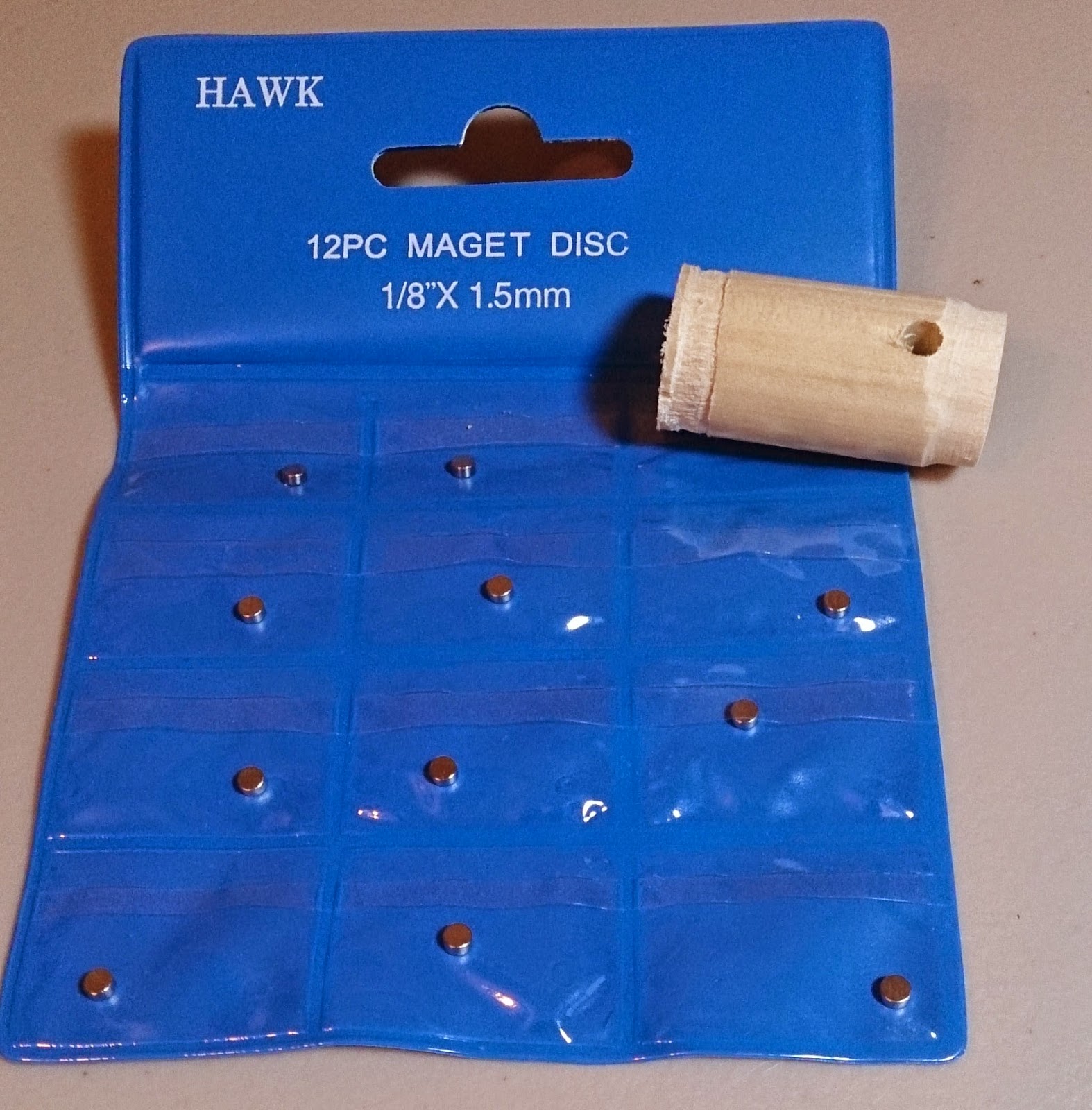 Packet of magnets and some fine Engrish 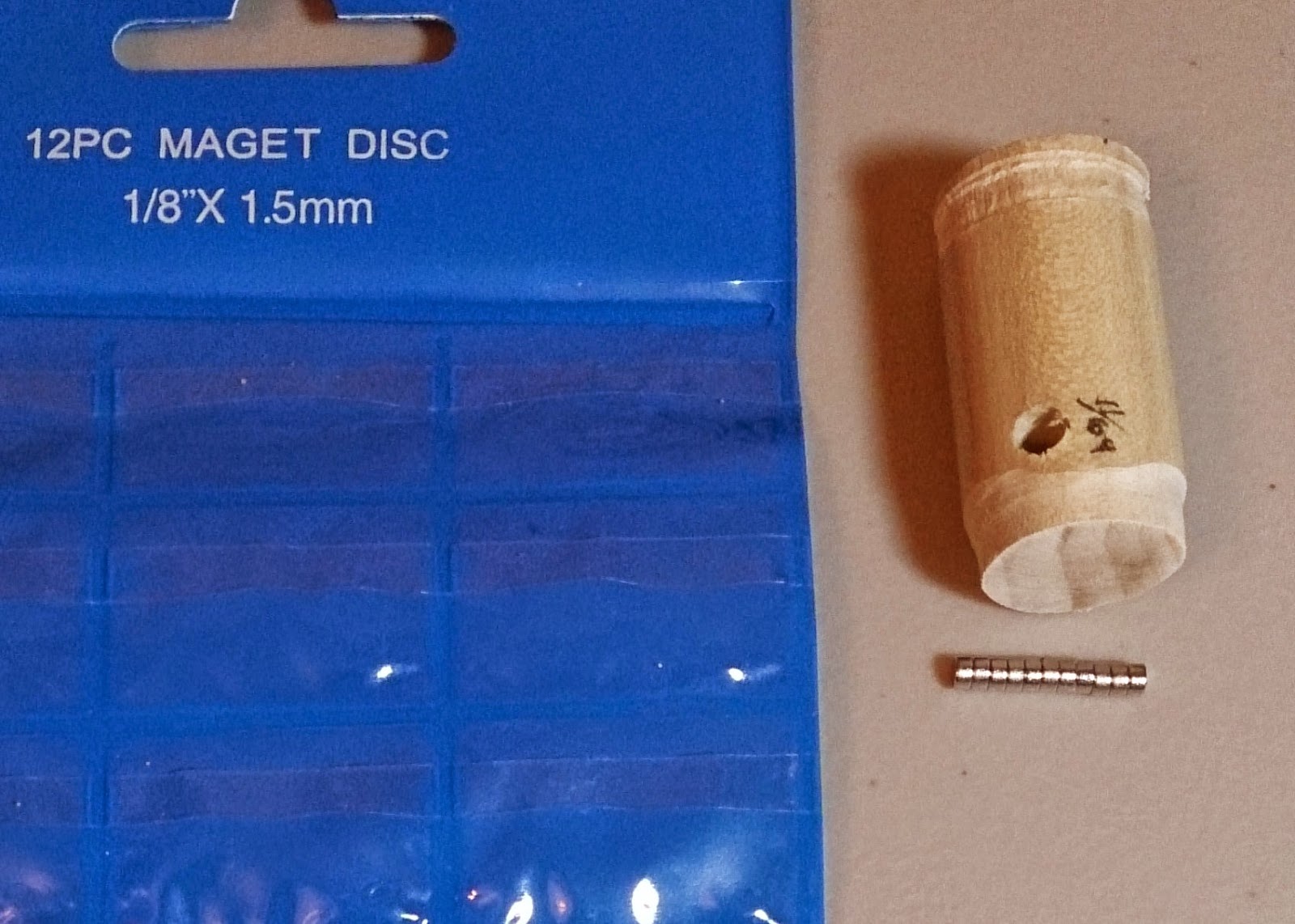 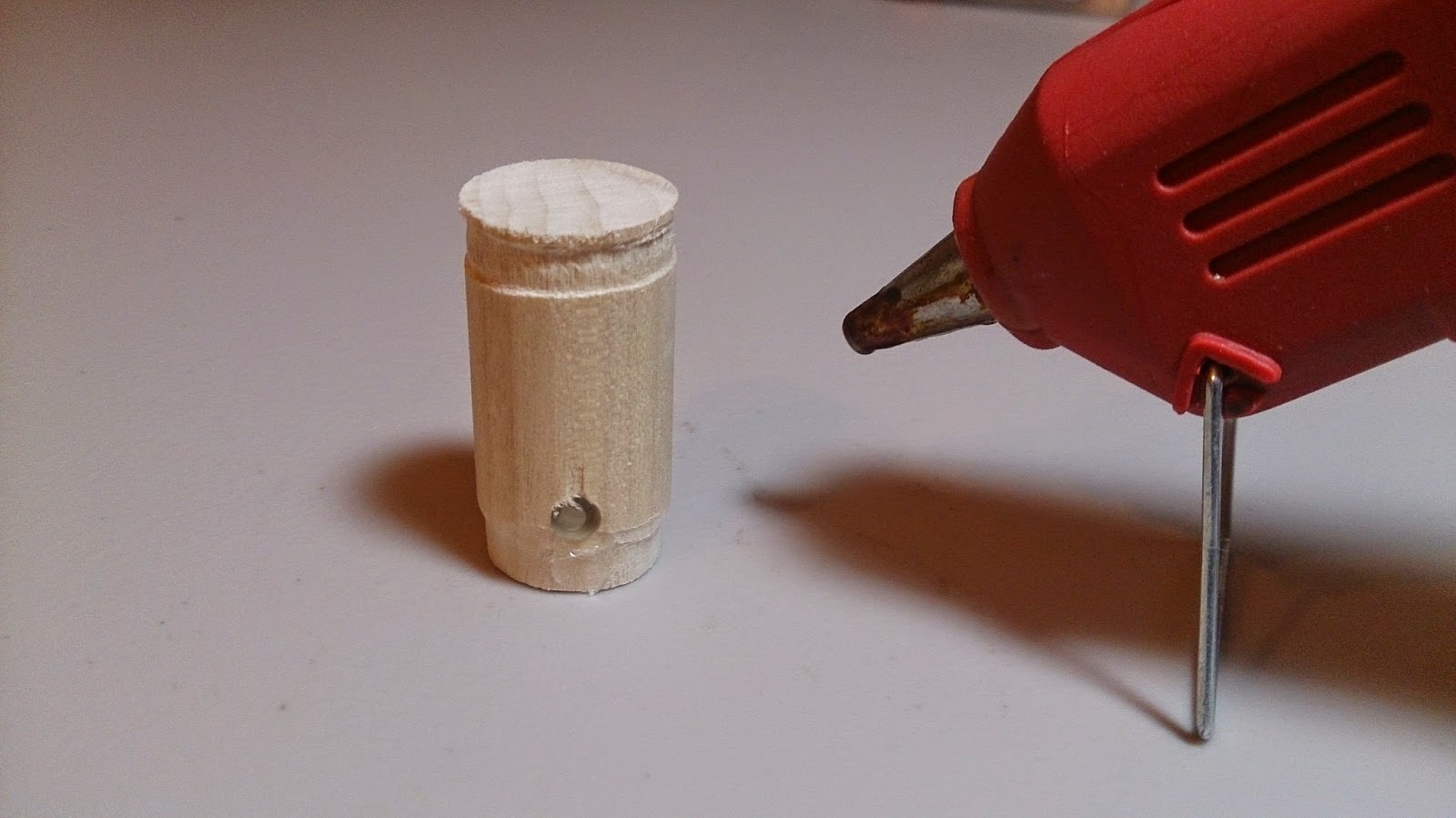 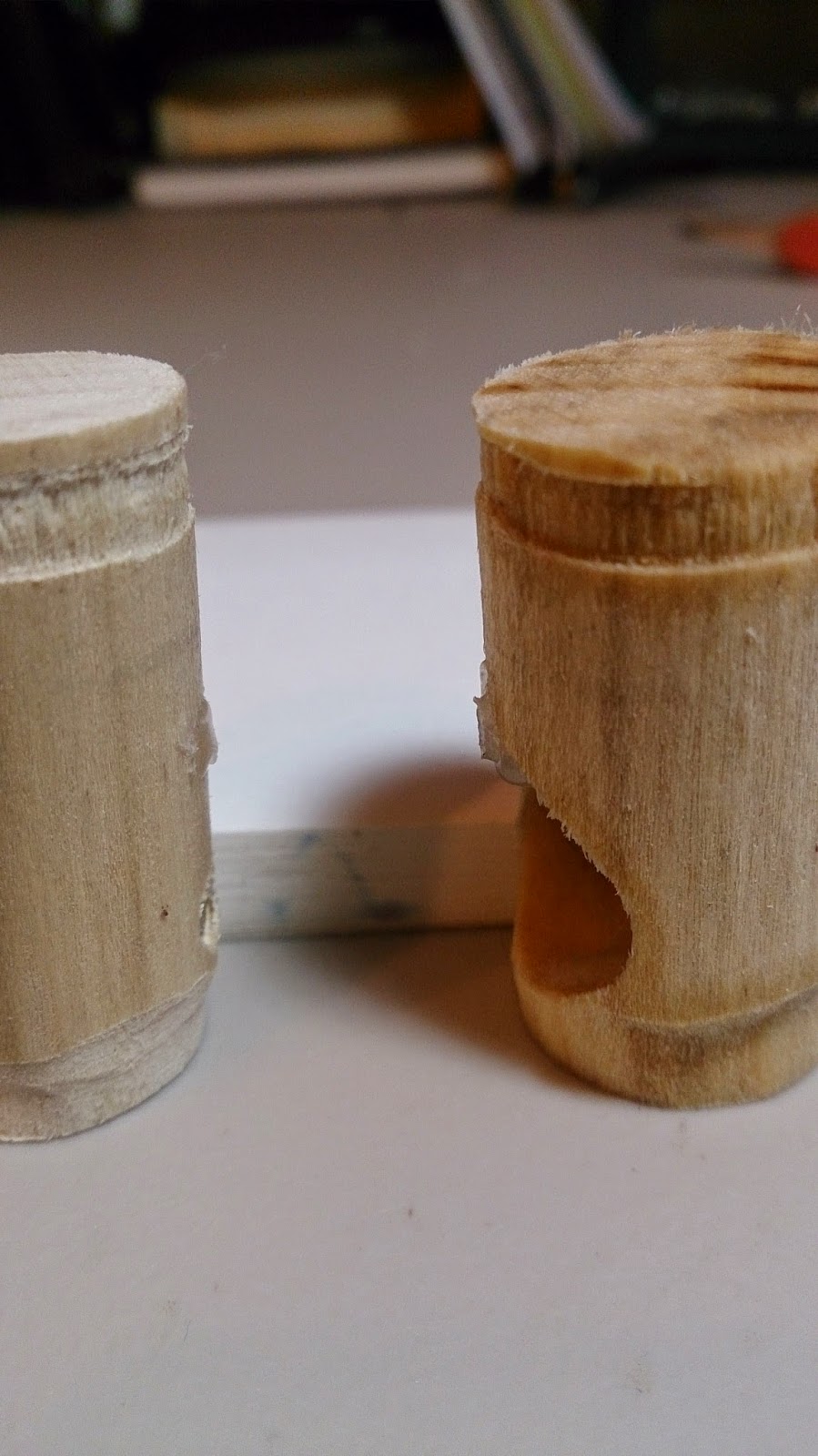 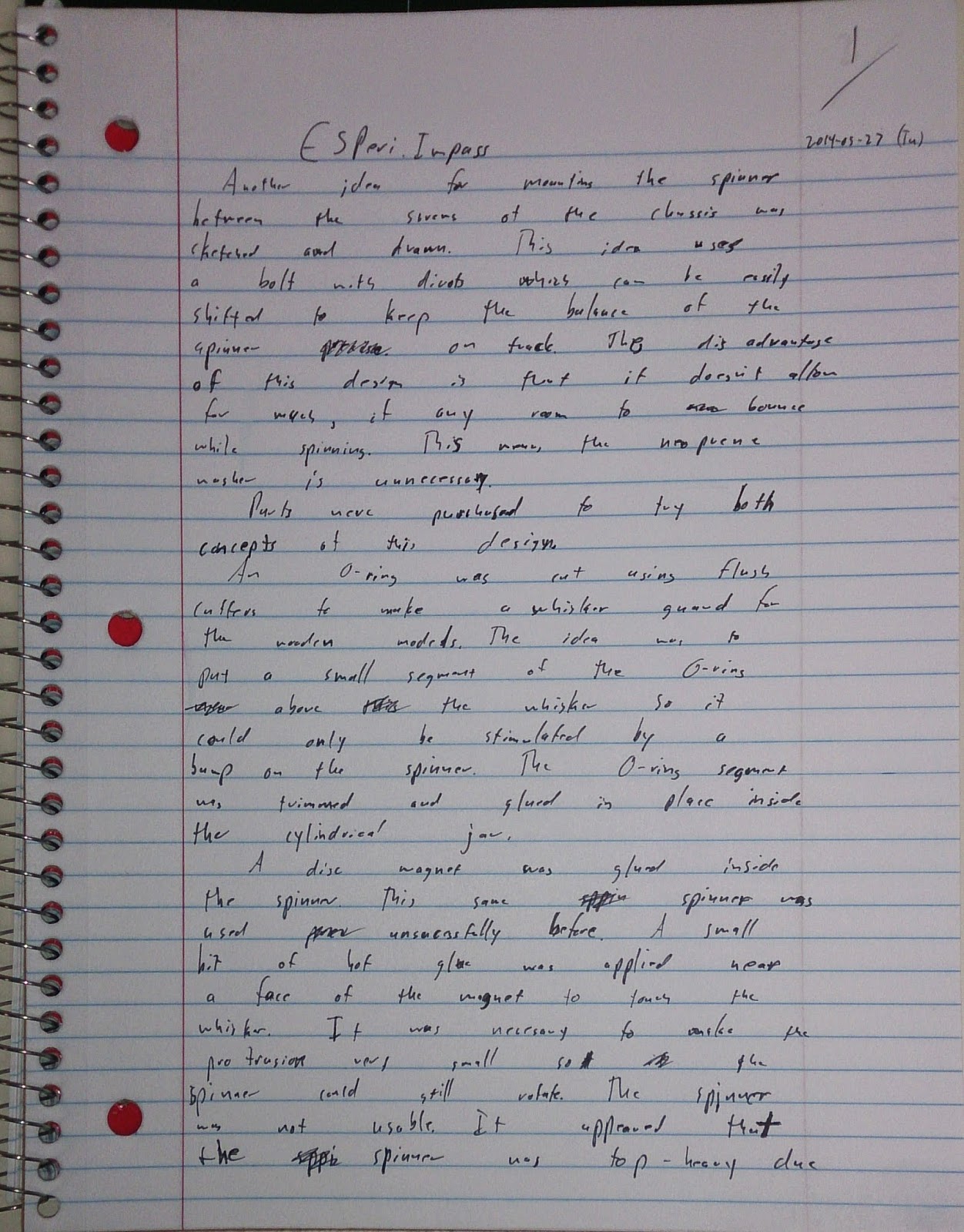 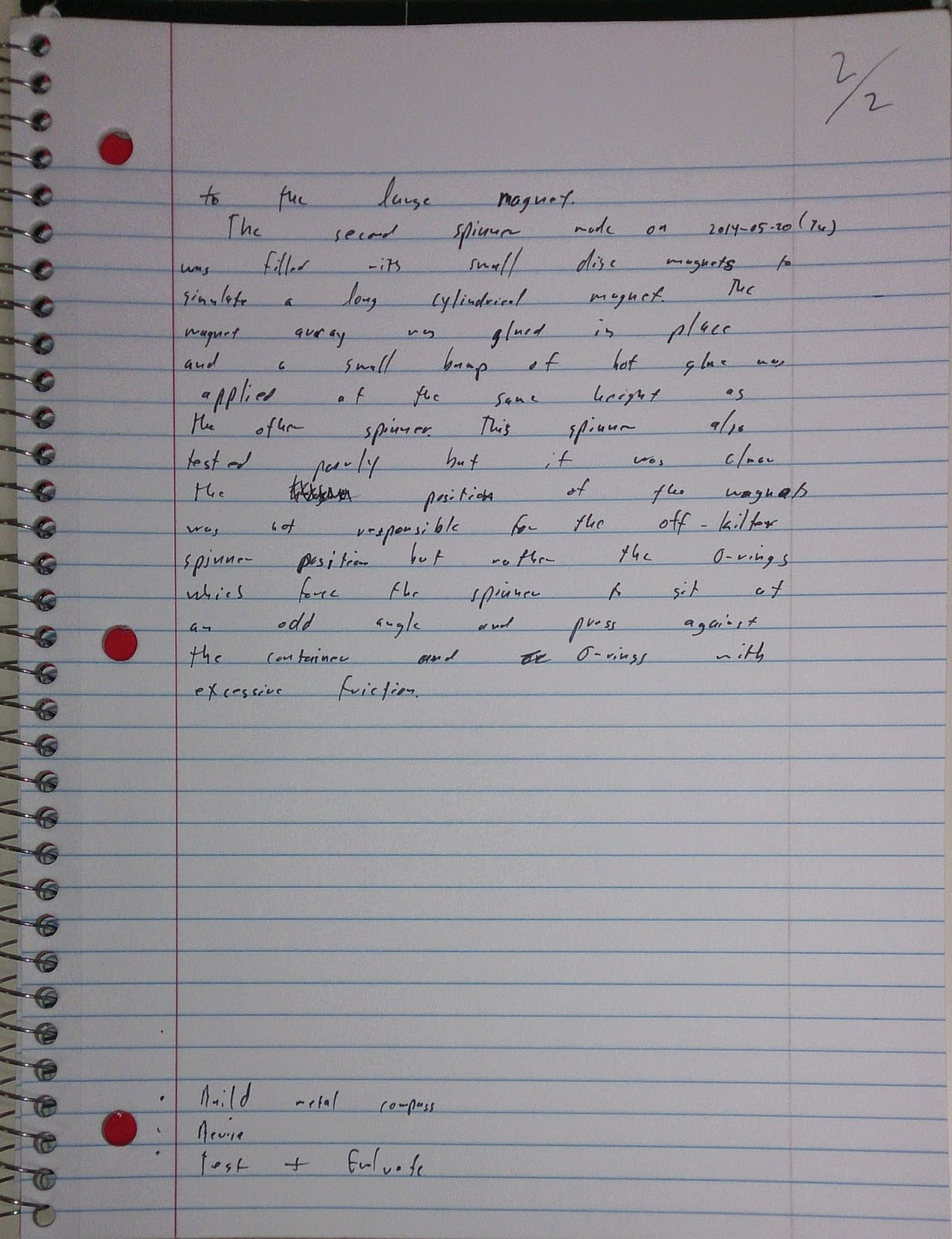