May 29, 2014
Safety is important to me.  Honesty is important to me.  I'll be honest, I was not safe today.  I needed some ring magnets to have a larger inside diameter and I maaaaaaaaaaaaay have jammed a tiny magnet under a moving drill press with my bare hands.  And I maaaaaaaaaaaaay have done that three times.  I didn't want to risk chipping the magnet casing by clamping it so the next logical solution was that holding a heavy metal with my bare hands under some sharp spinning metal was a good idea.

Two segments of aluminum bar stock were cut from an on-hand stock.  It was cut on a horizontal bad saw and smoothed on a belt sander.  The pieces were clamped together and drilled with a 9/64” drill bit to accommodate a #6 bolt.  Three ring magnets were also drilled to 9/64”. 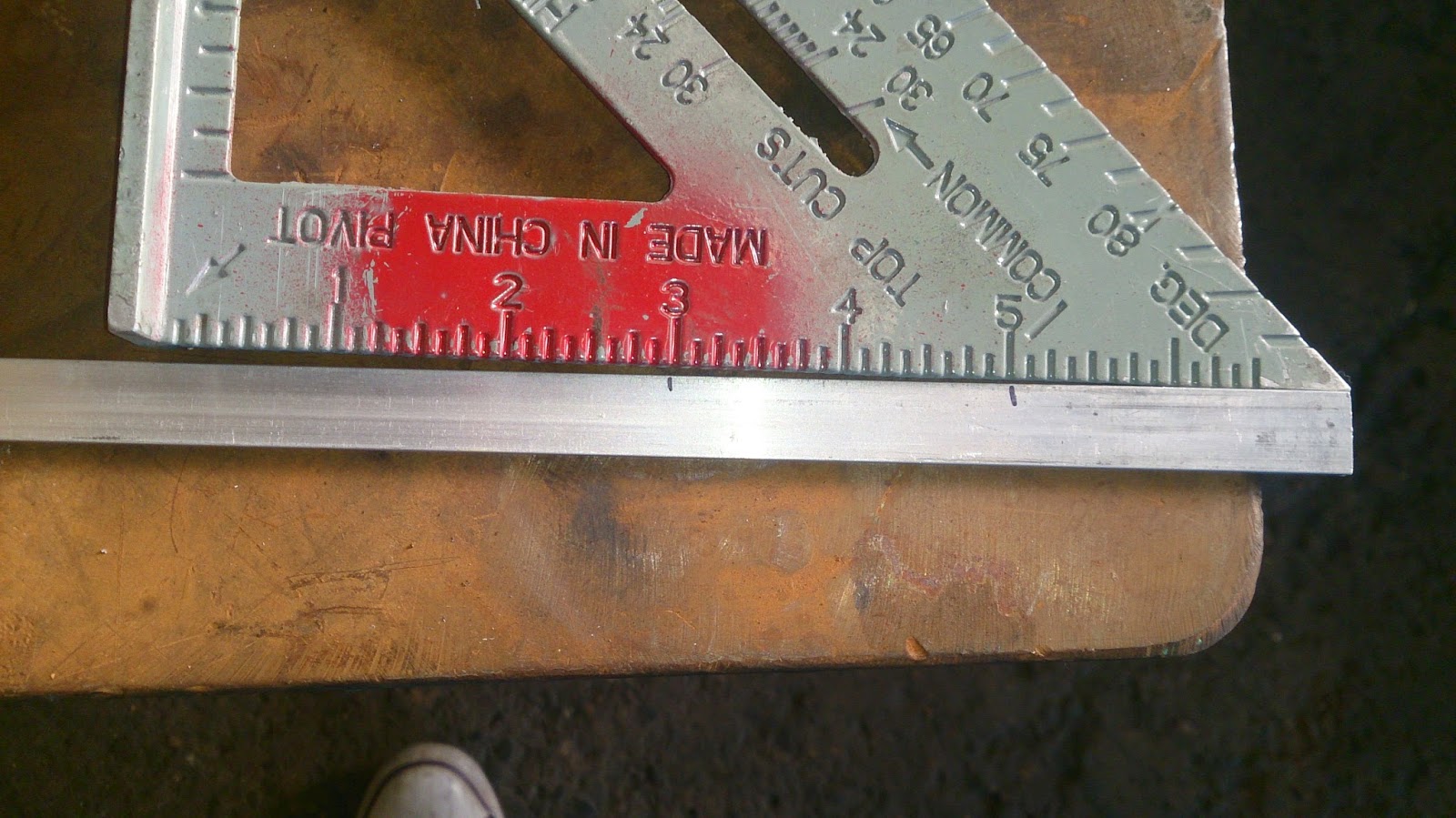 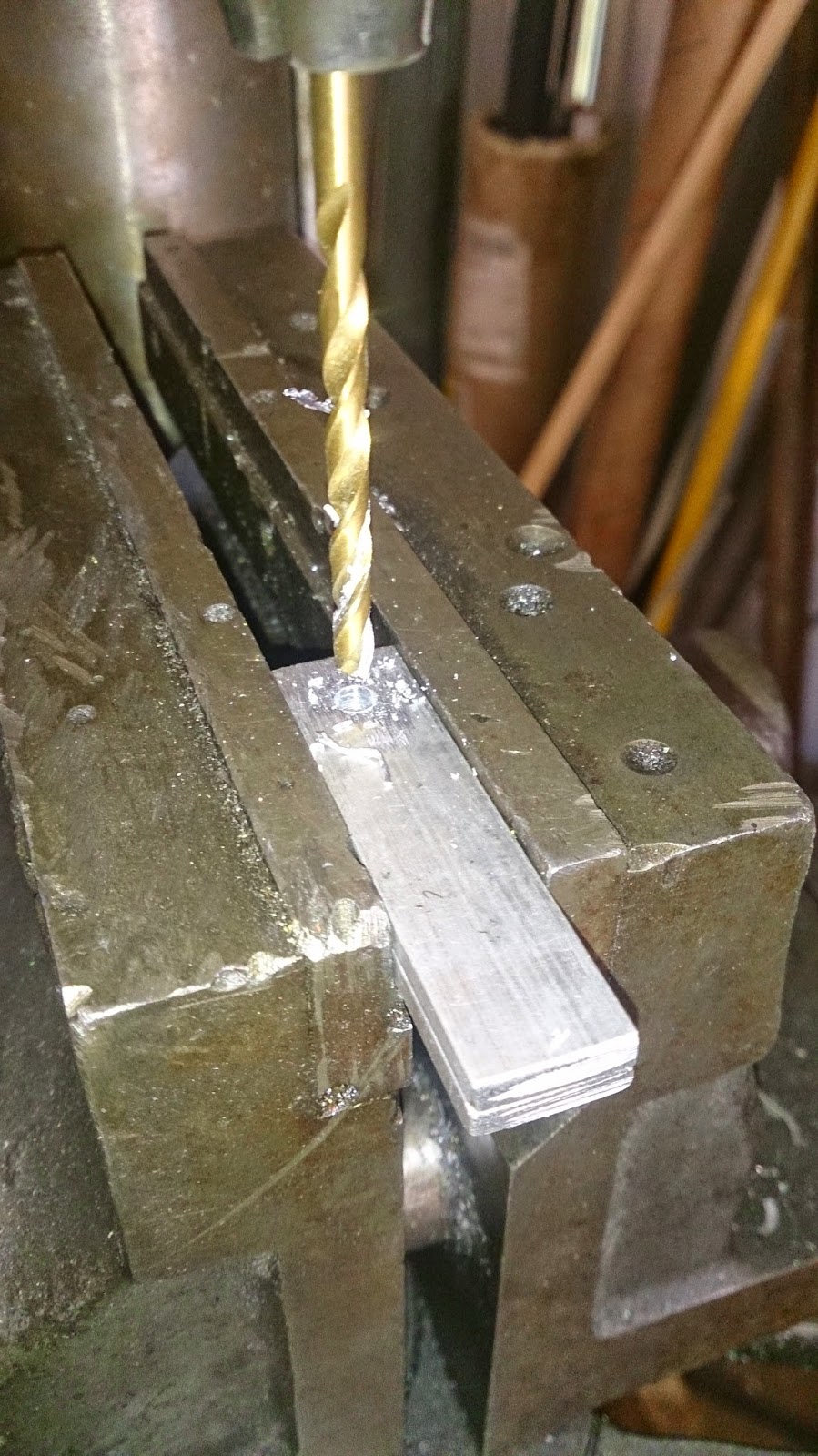 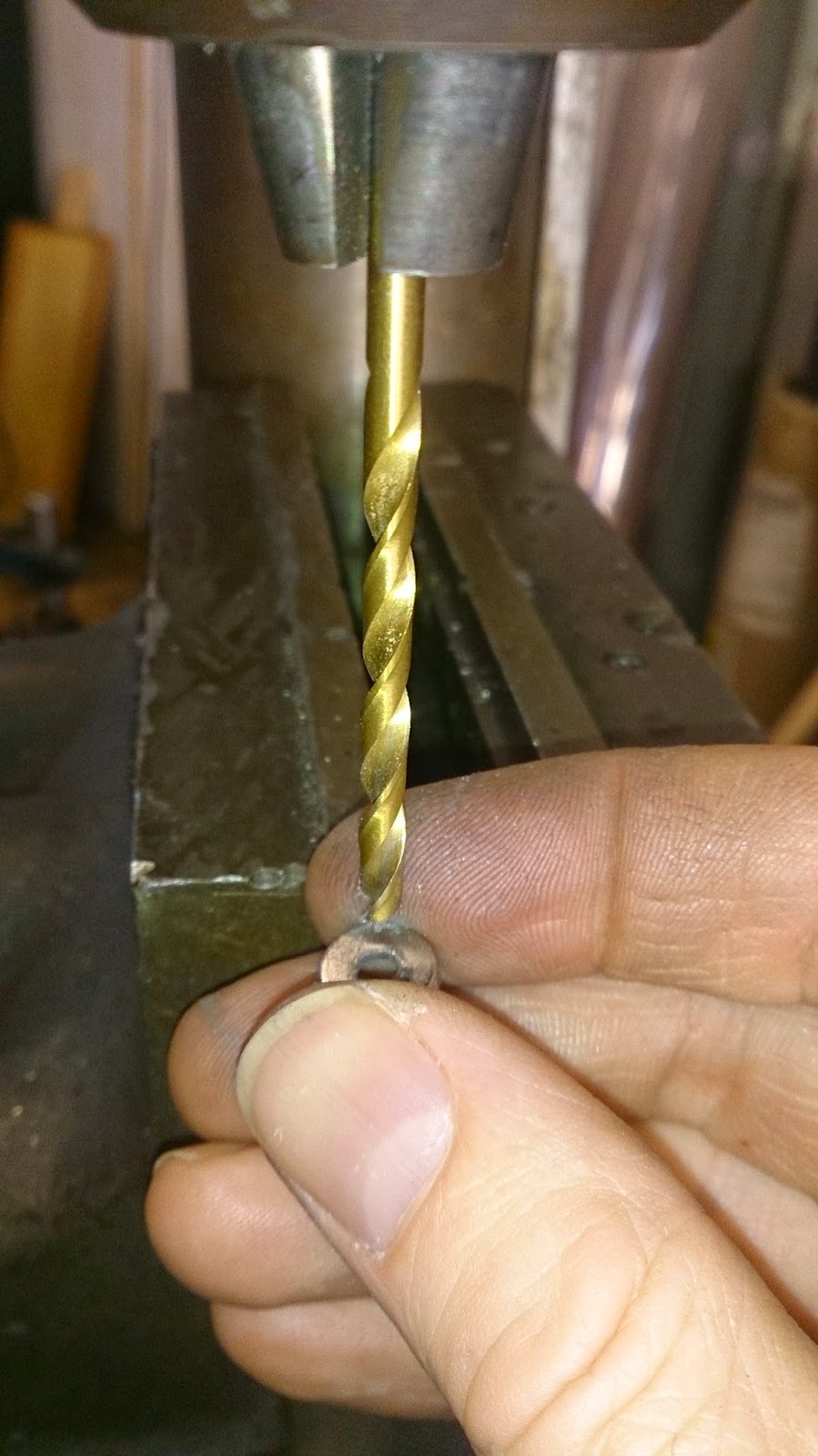 The magnets were put on a 2” long stainless steel bolt along with brass nuts and an aluminum spacer.  The spacer was removed and placed in a clamp to be given divots.  Two marks were made with a permanent marker so it could be determined that it was vertical since only divots would be made in the each side of the spacer.  After the first divot was made the spacer was spun 180° and a second divot was made.  The divots were made using a standard 135° point drill bit. First stage of the spinne 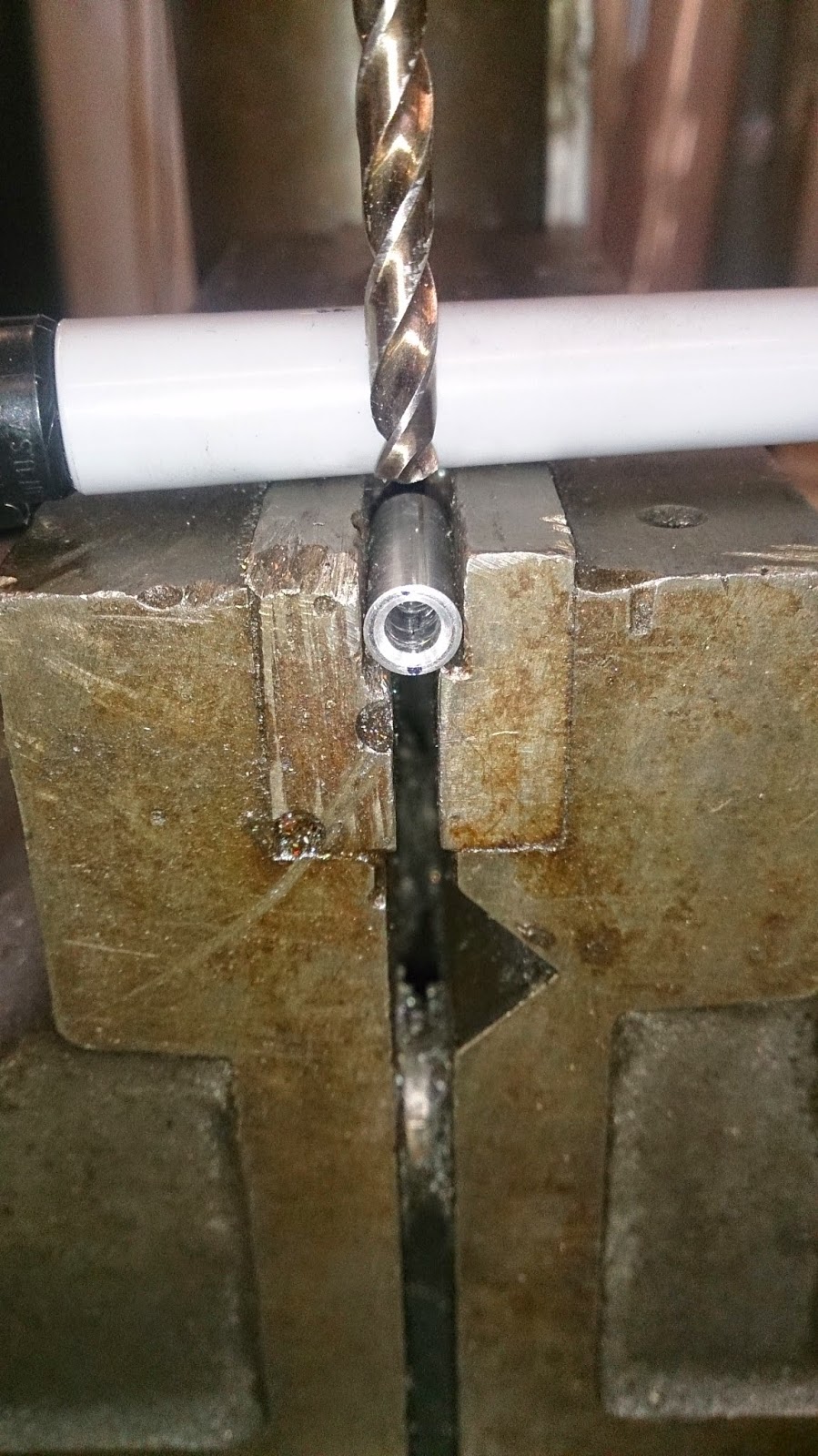 Vertical marks on the spacer 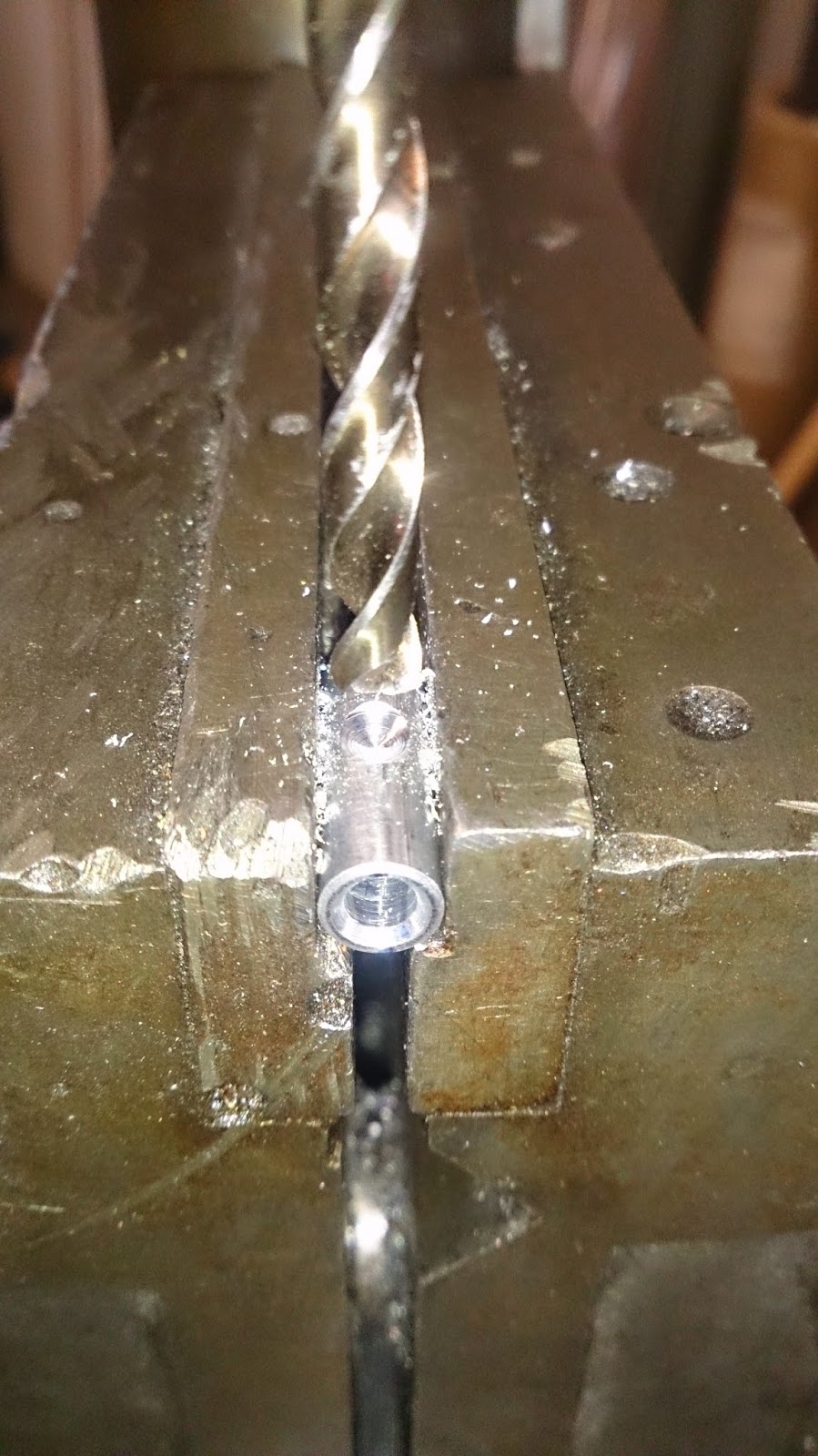 Divots made on a spacer

Placement of the divots on the spacer 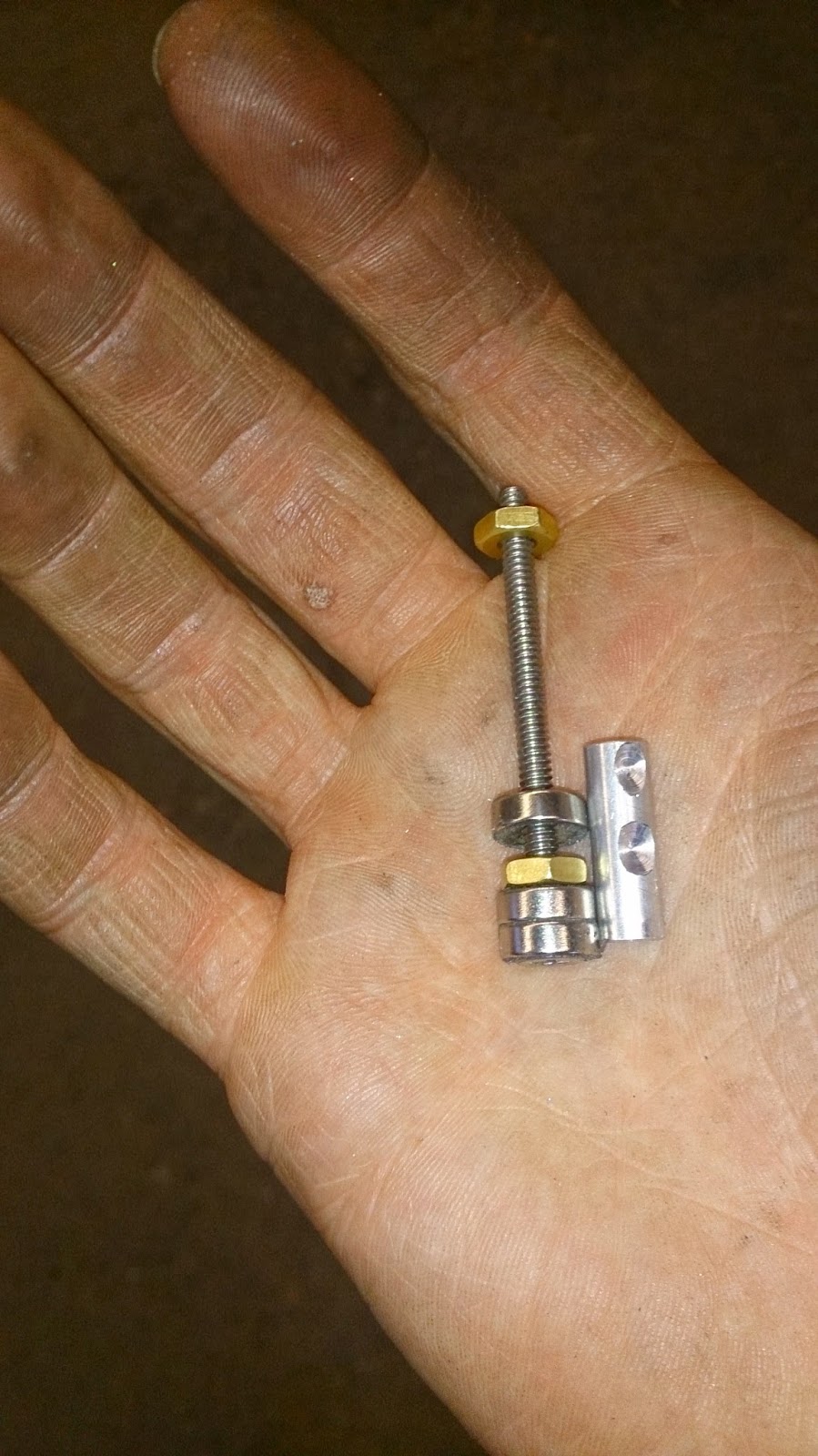 Two brass bolts had their ends sharpened to points so they provide minimal friction while holding the compass spinner. 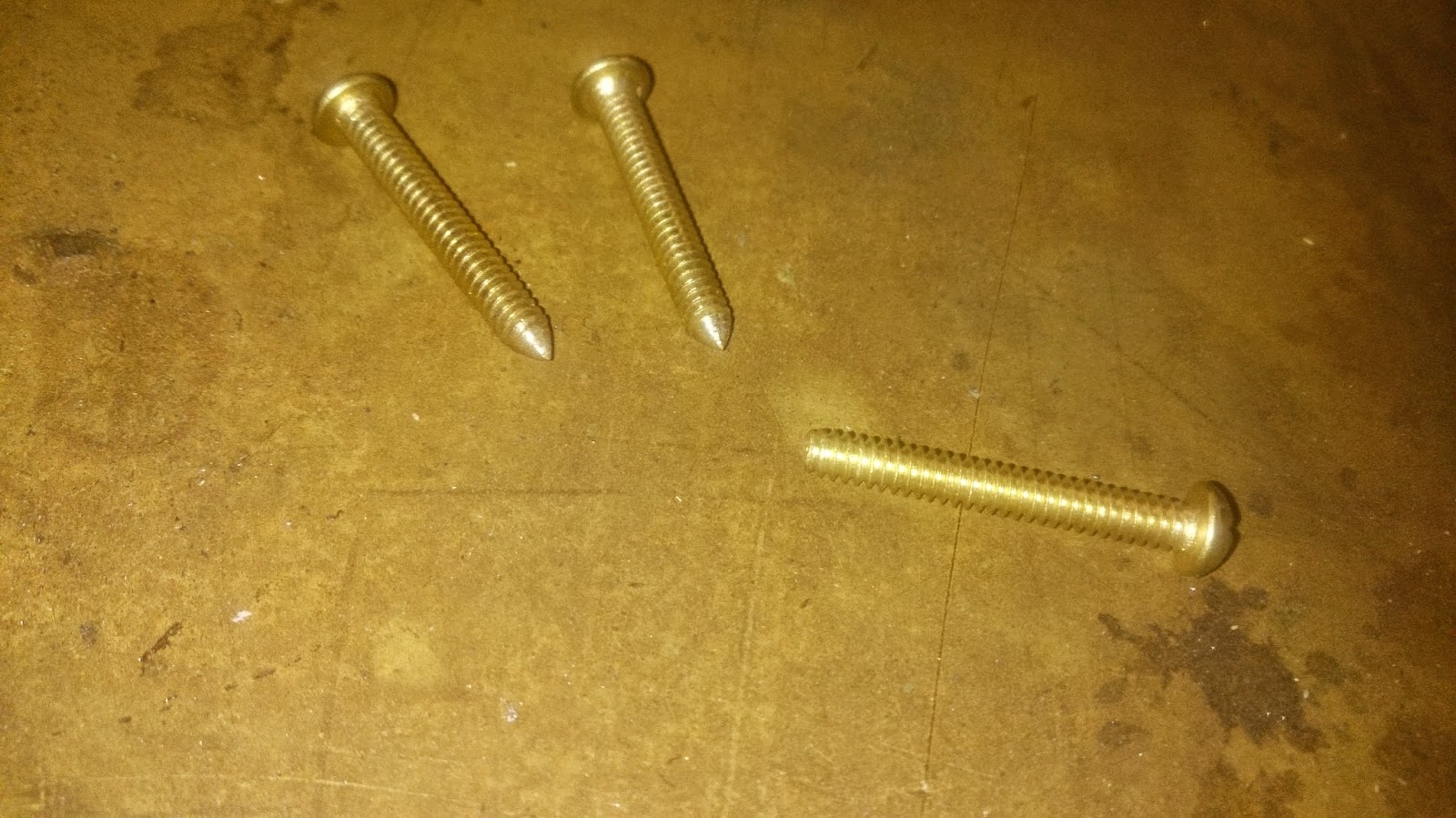 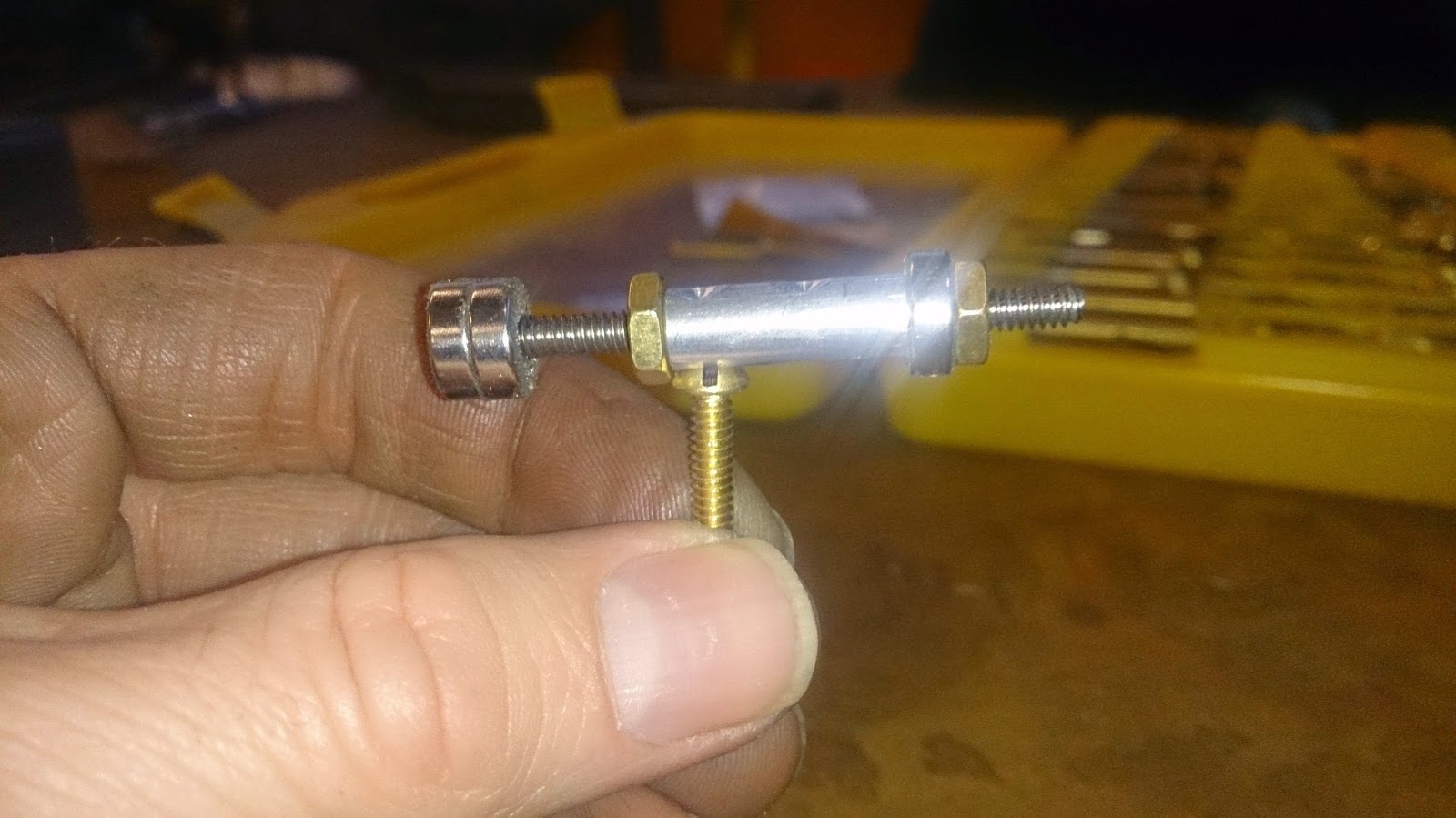 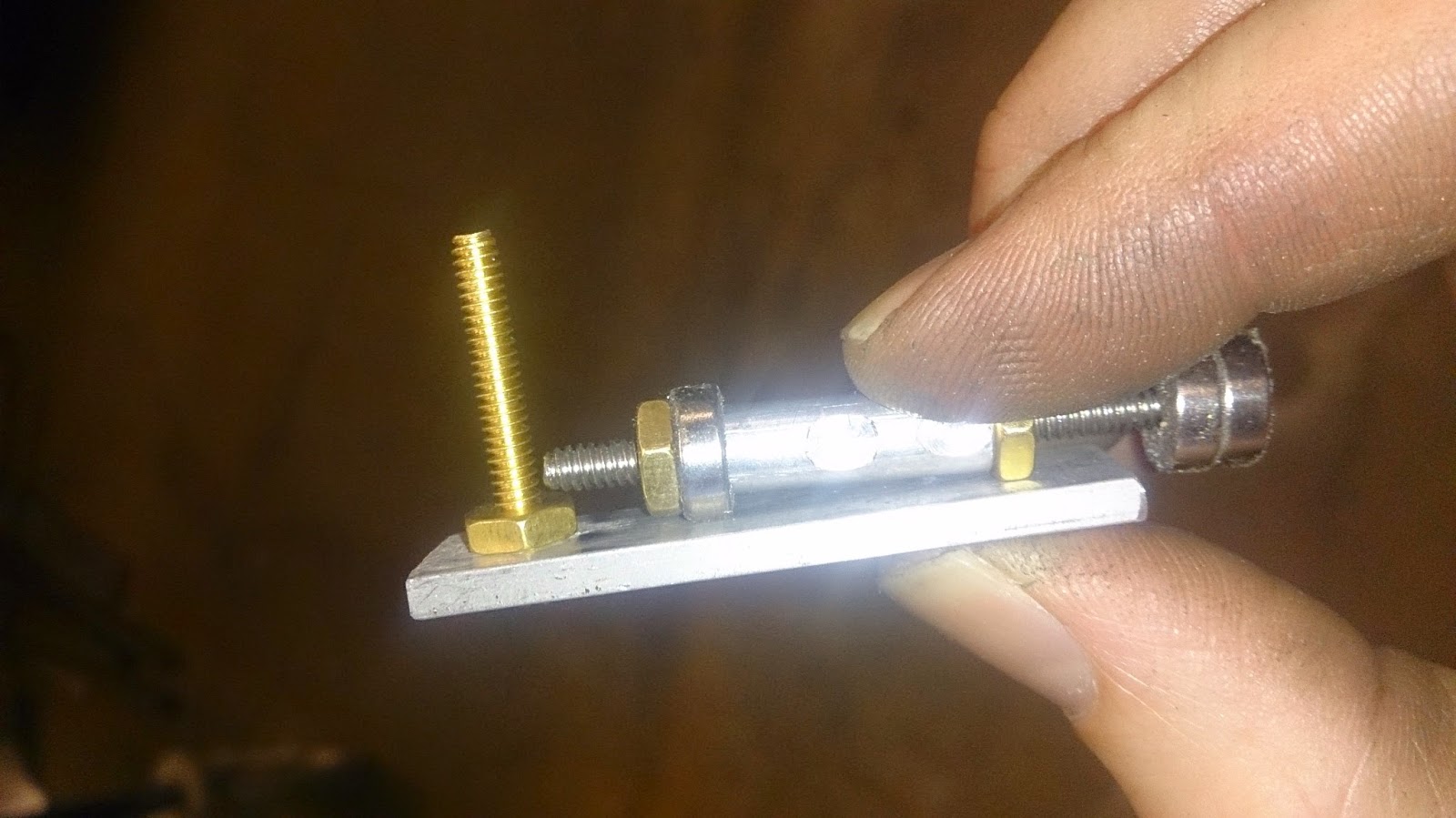 Gauging the distance to the next hole in the alumimum 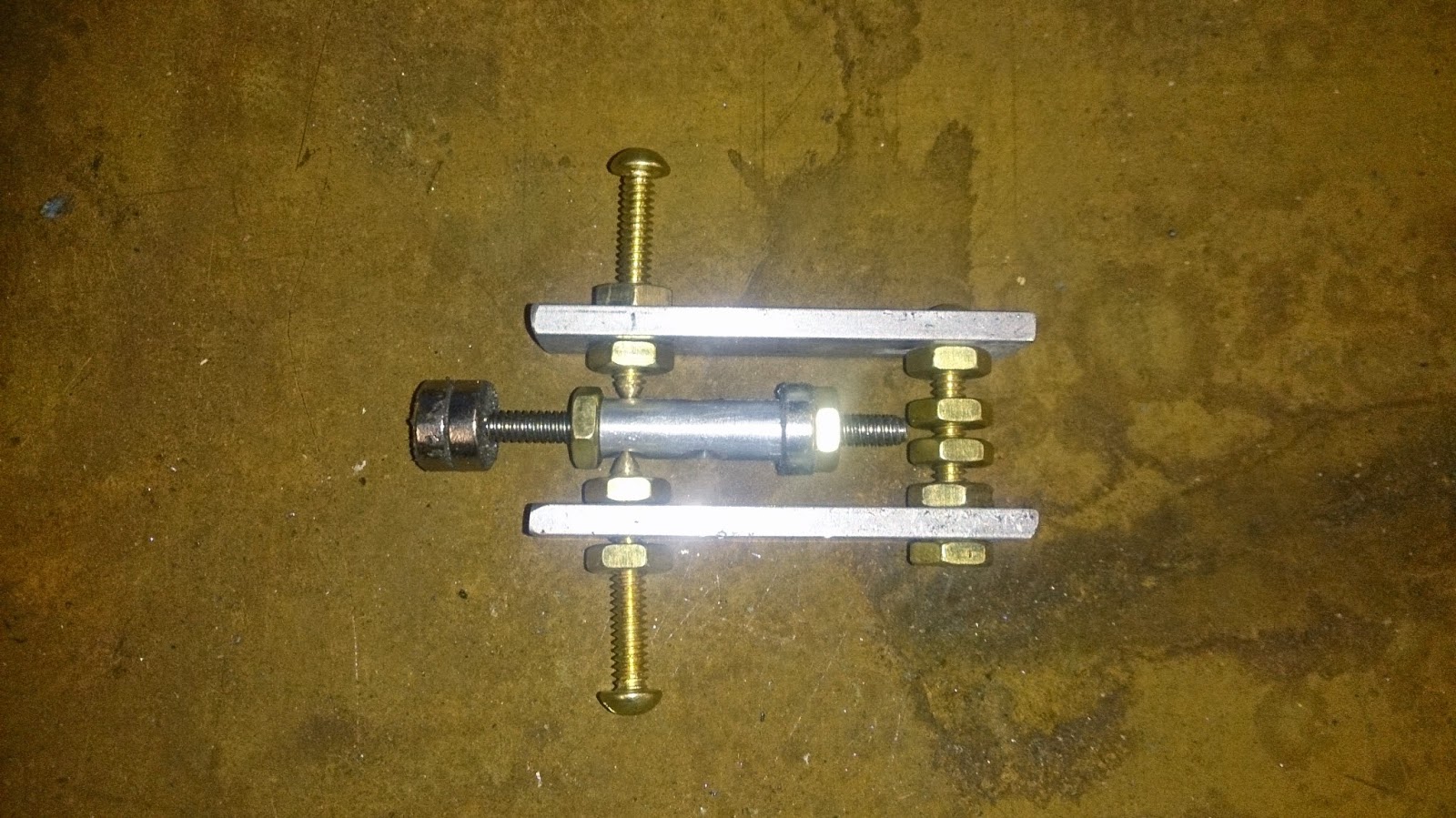 The spinner was able to move relatively freely but didn’t act as a suitable compass.  The divots may be too flat causing the sharpened bolts to wander and unbalance the spinner.  A drill bit may need to be ground down to provide a different shaped divot.

The bolt holding the aluminum pieces isn’t steady enough.  One aluminum piece was mistakenly countersunk which is partly responsible for the instability.  The holes should be redrilled and the bolt replaced with a ¼-20 brass bolt and brass nuts. 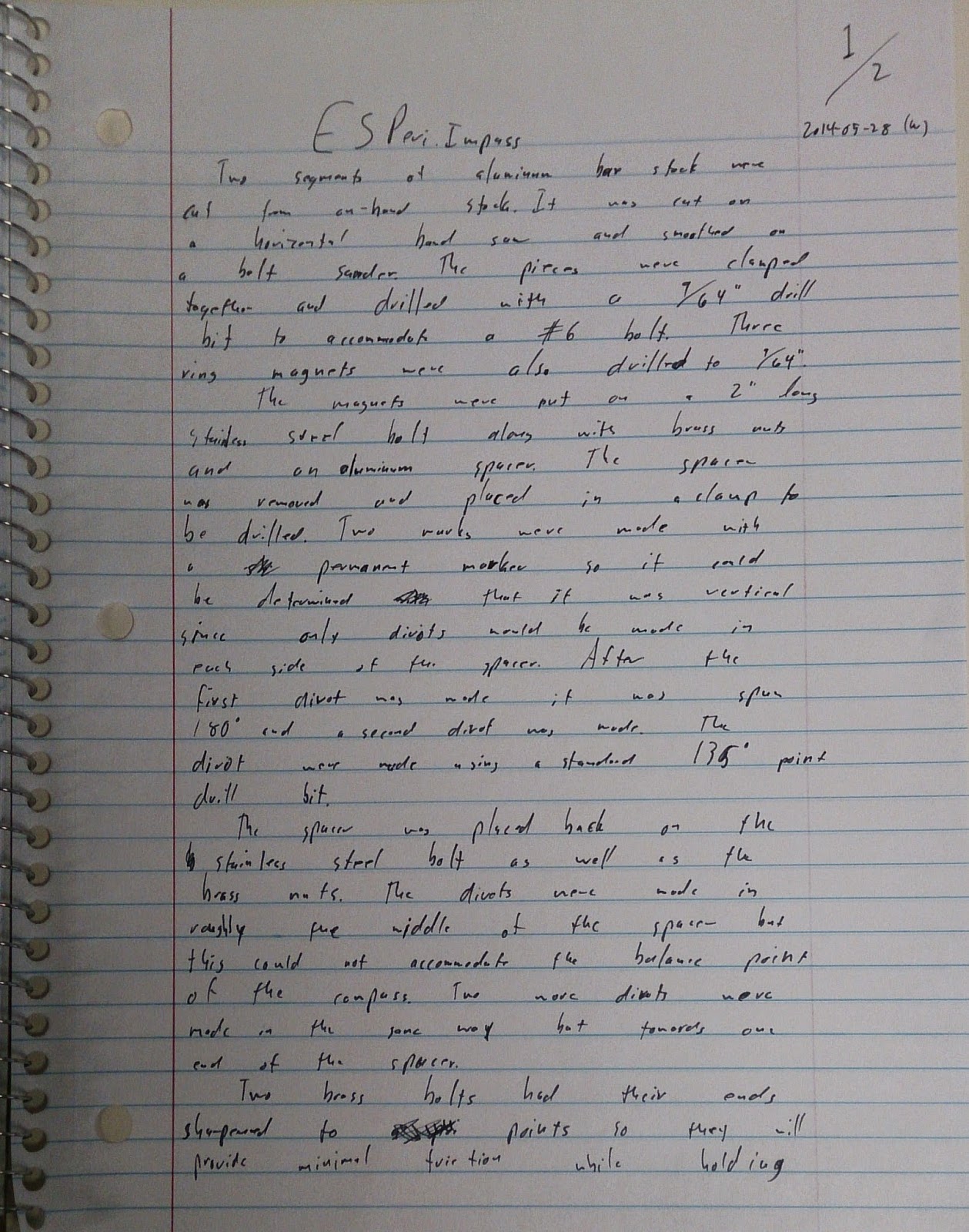 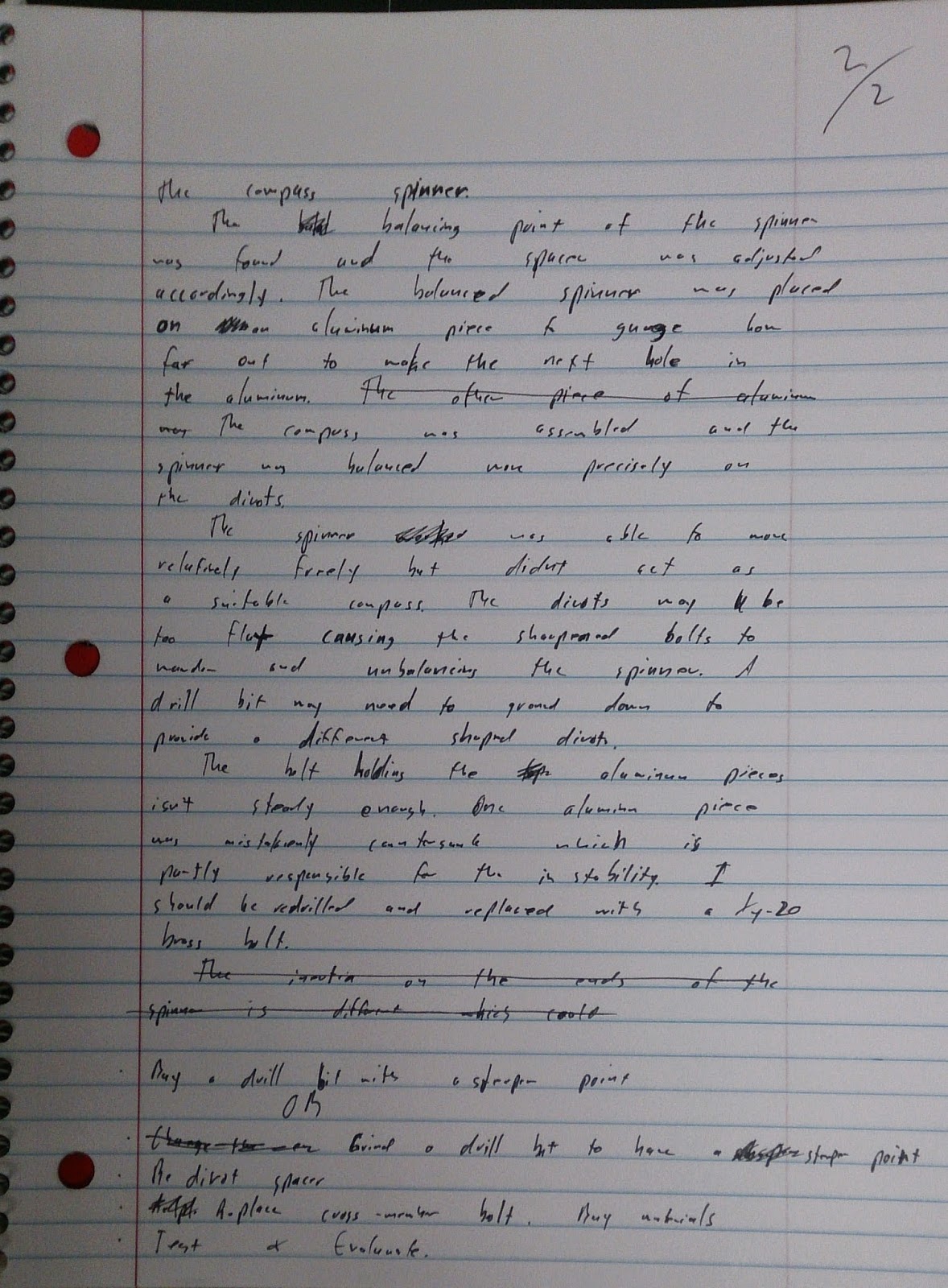