Now, instead of watching the screen while moving my hand in the mouse position I can actually use the pen like a pen on paper because this is a touch-screen stylus.  I'm pretty excited.

The first thing I did was redraw an image I had already sketched with pen on paper.  It was easy because I already knew what I wanted to draw.  When I was using pens I wished I had the undo button.

A design for the glueServo was made.  It will use aluminum bar stock already owned but can easily use the same ¾” aluminum bar stock used to mount the glue nozzle.  The design relies on gravity or spring tension to hold the glue between the saw blade and a bearing.  Fender washers will keep the glue in line. 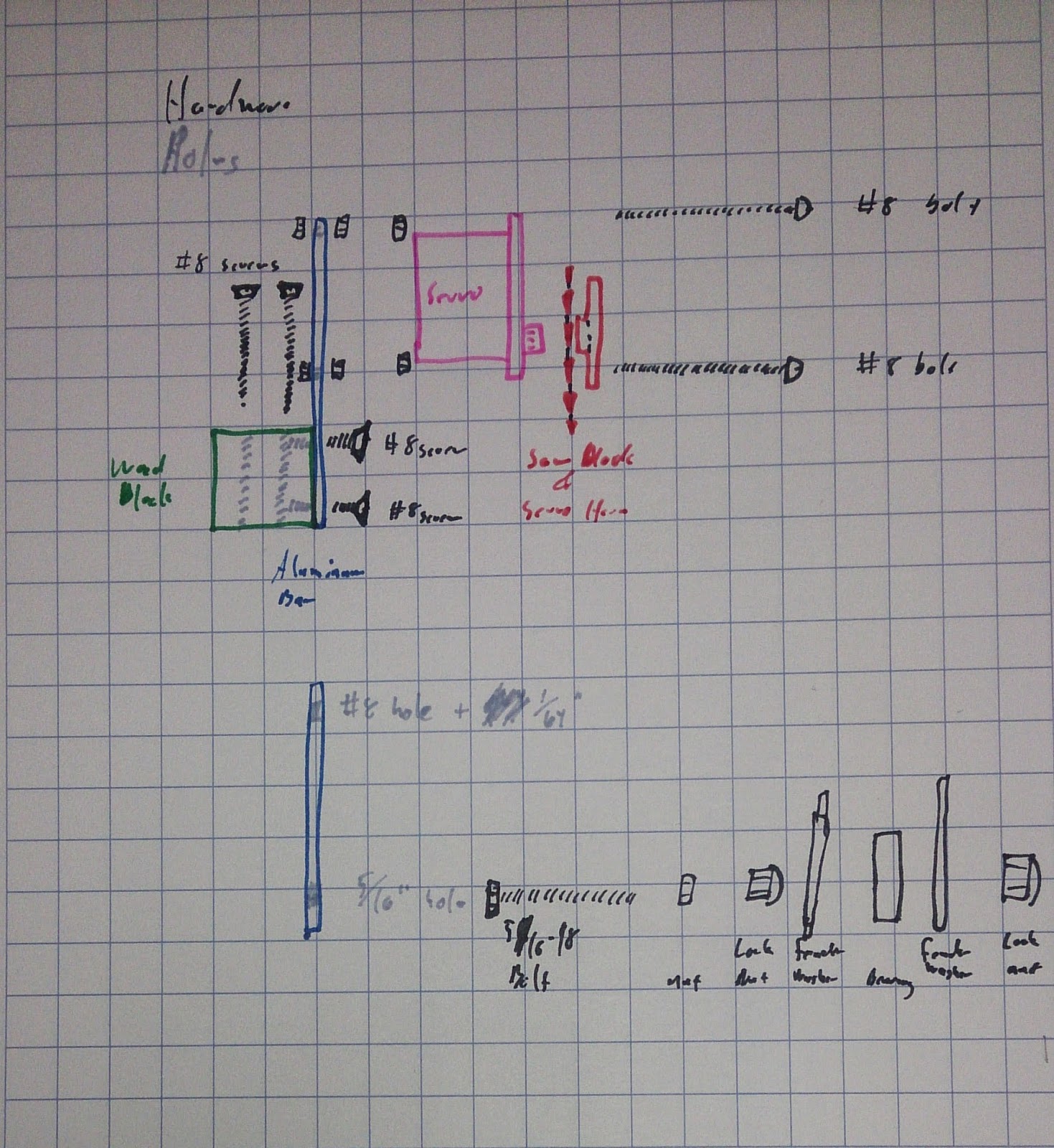 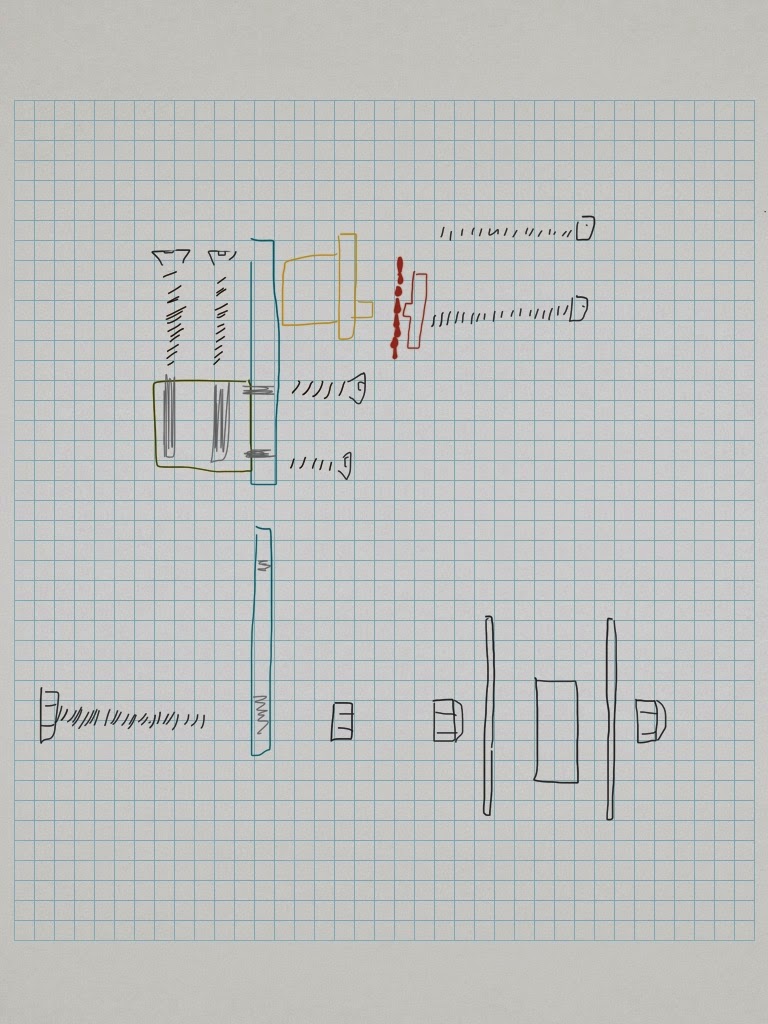 iPad sketch
The height of the vertical bar was determined by holding the servo next to a ruler.  The height was exaggerated to four inches to have room for error.  The four inch bar was cut on a horizontal bad saw and the ends were cleaned up on a belt sander.  Two 11/64” holes were drilled to accommodate the position of the servo mounted holes. 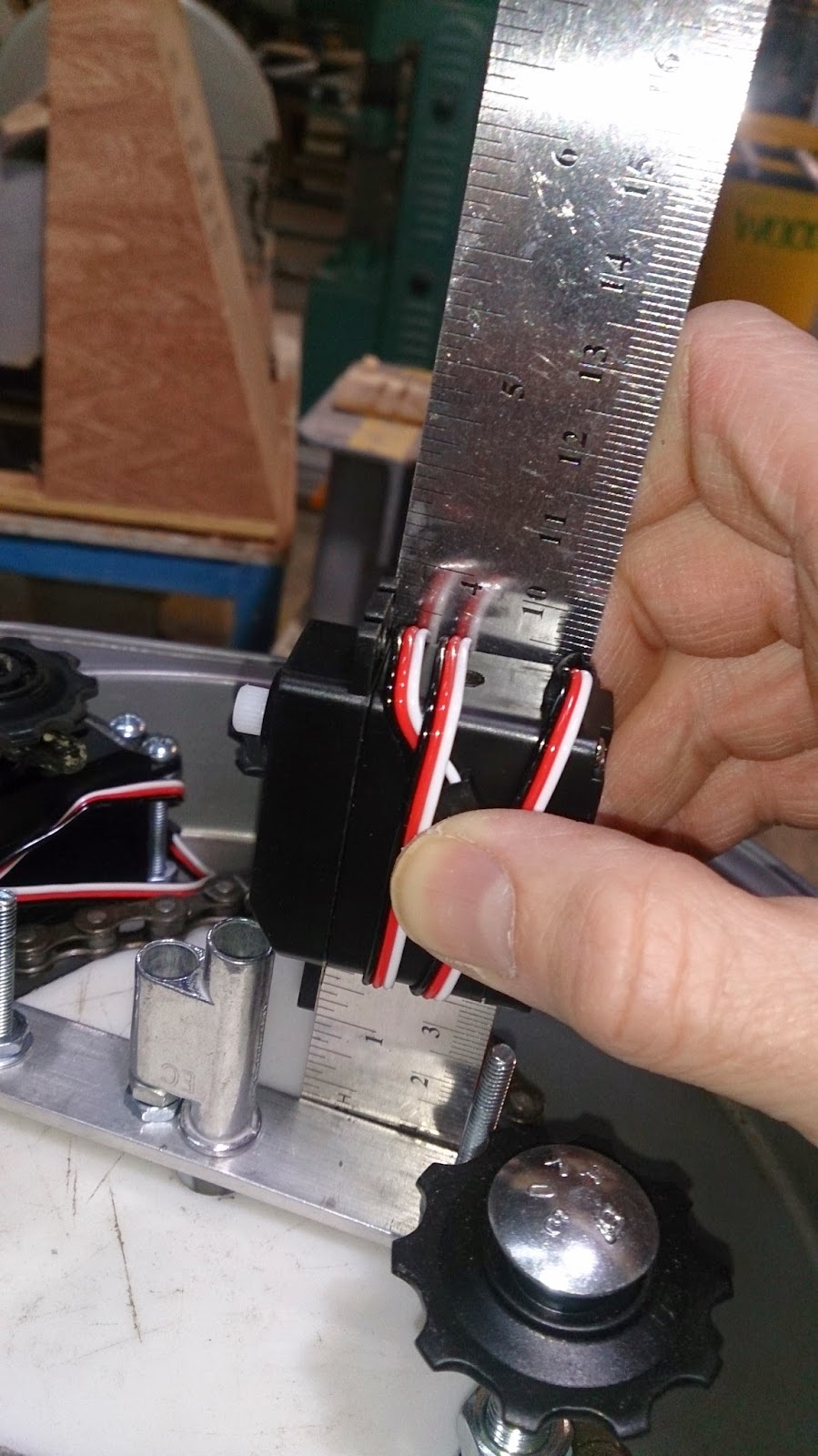 Finding the height of four inche 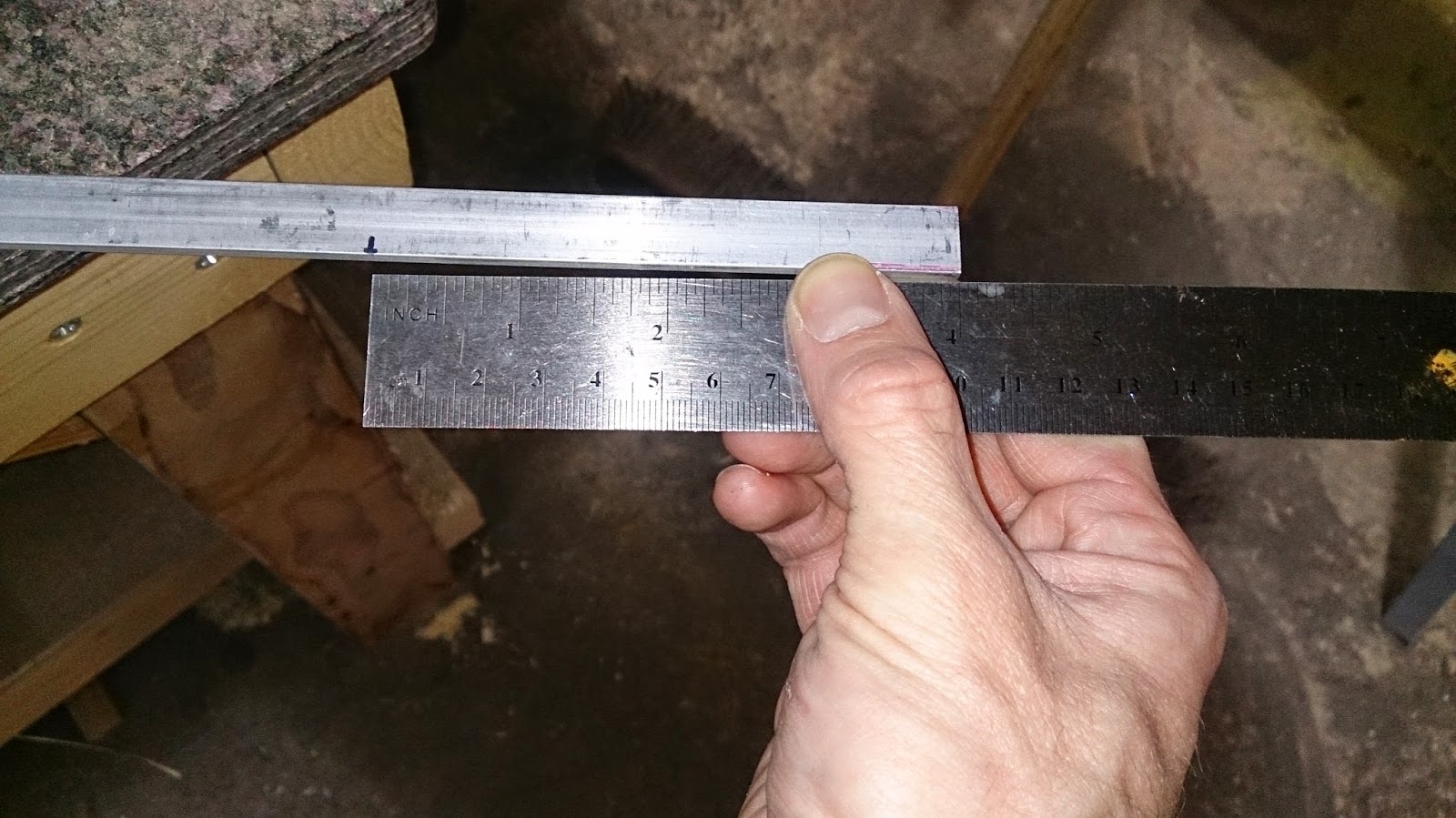 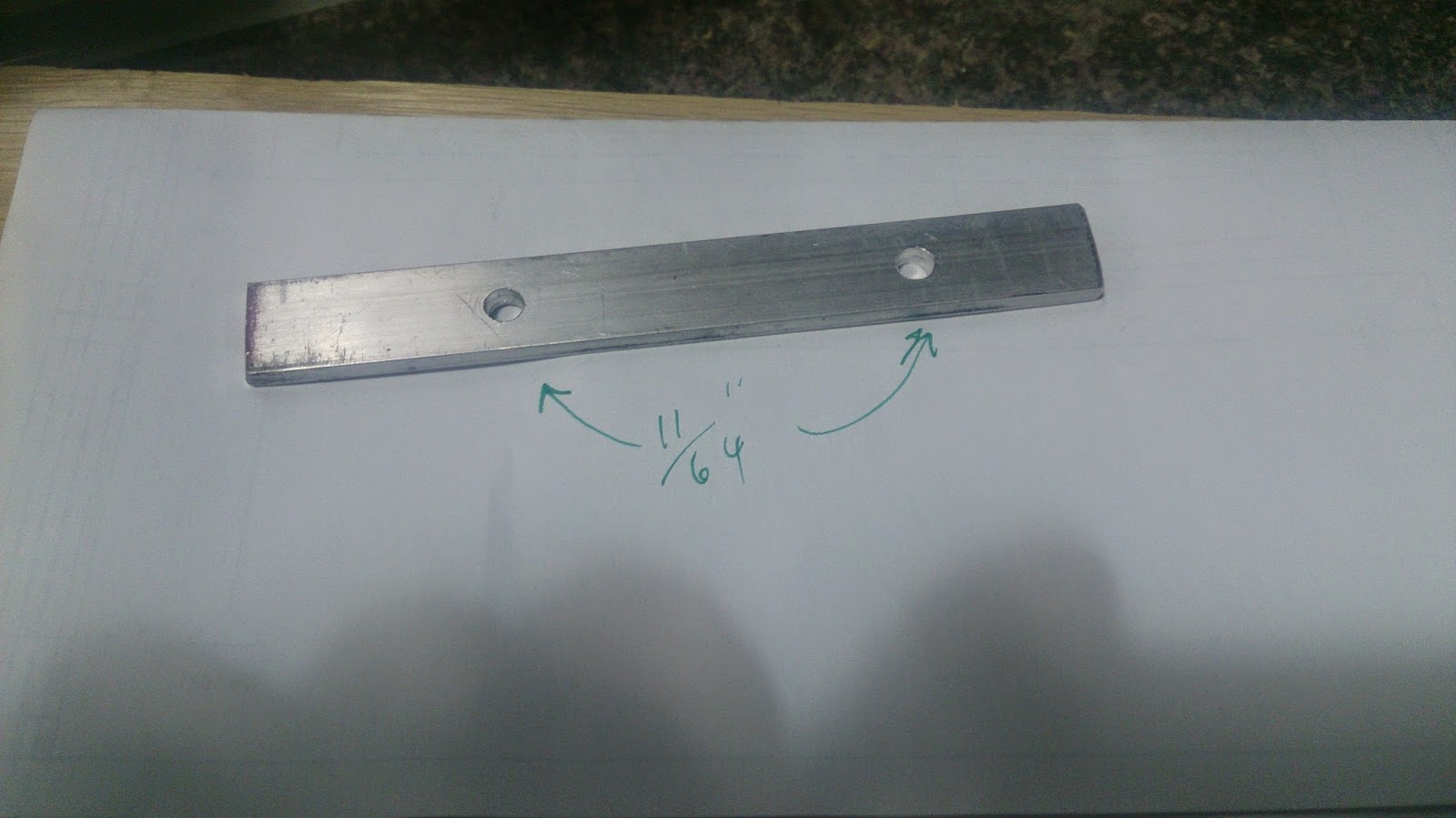 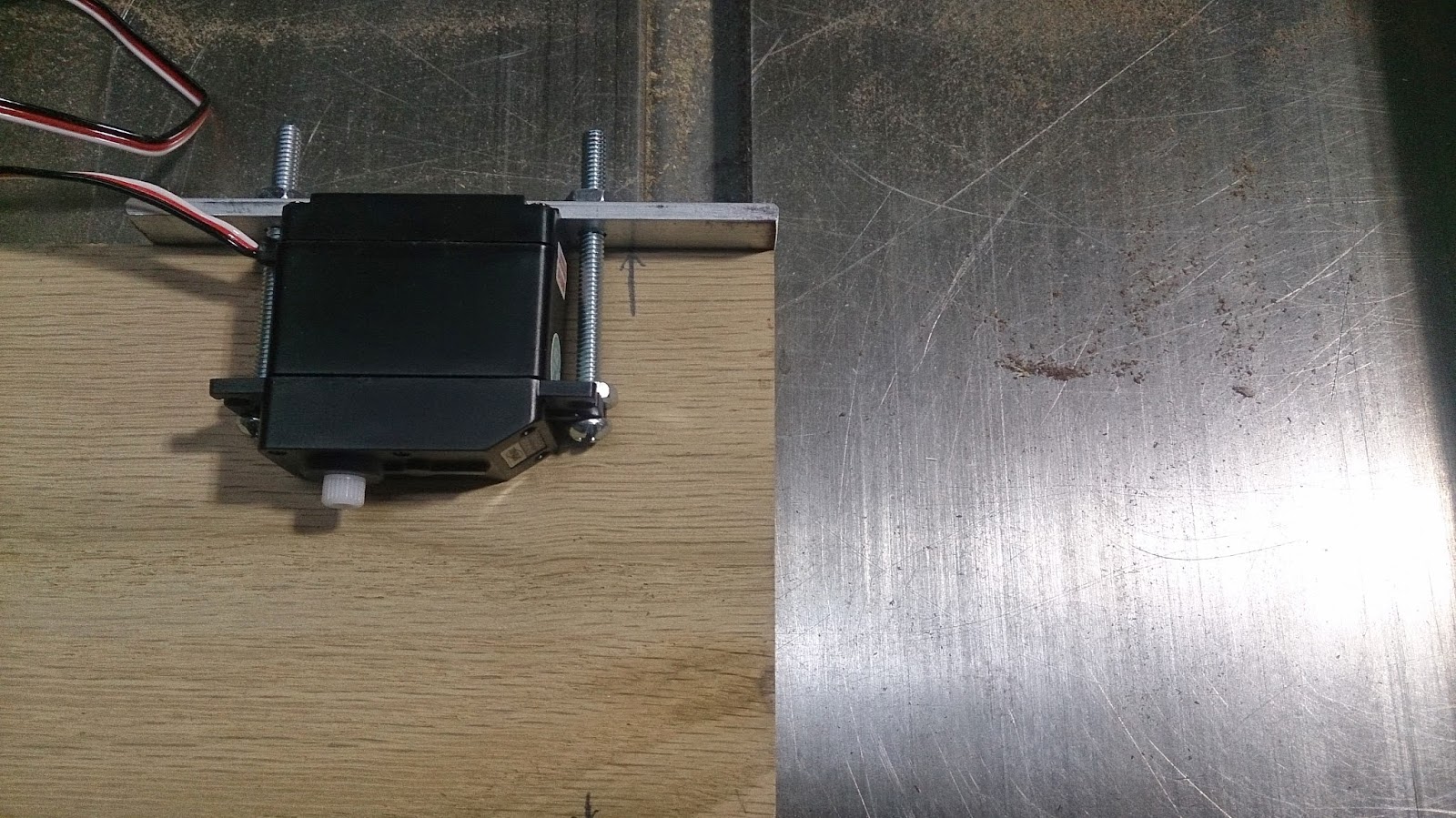 Finding the height to cut the wooden stand 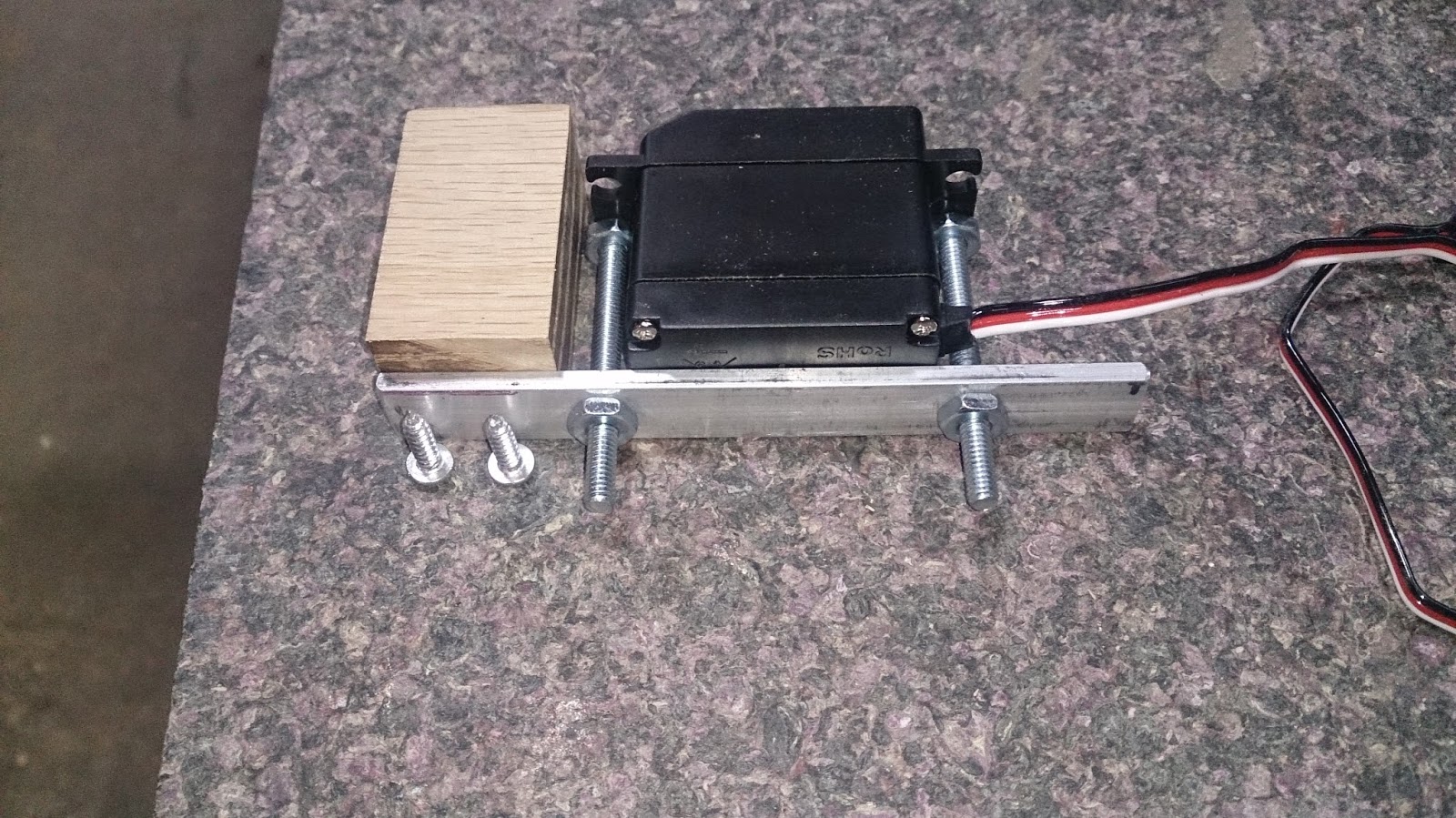 Finding the location to put the screws 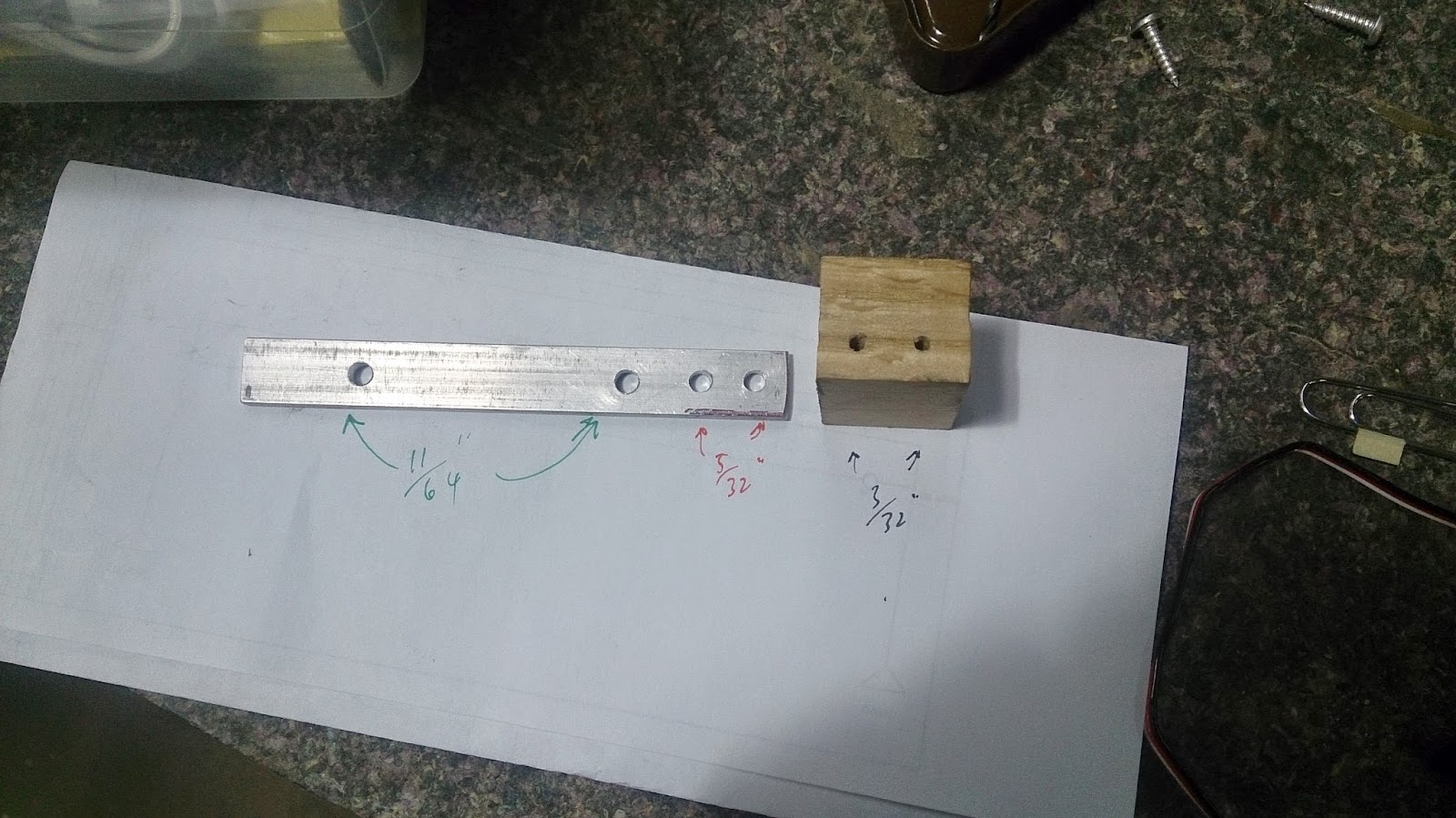 The vertical bar drilled alongside the wooden stand 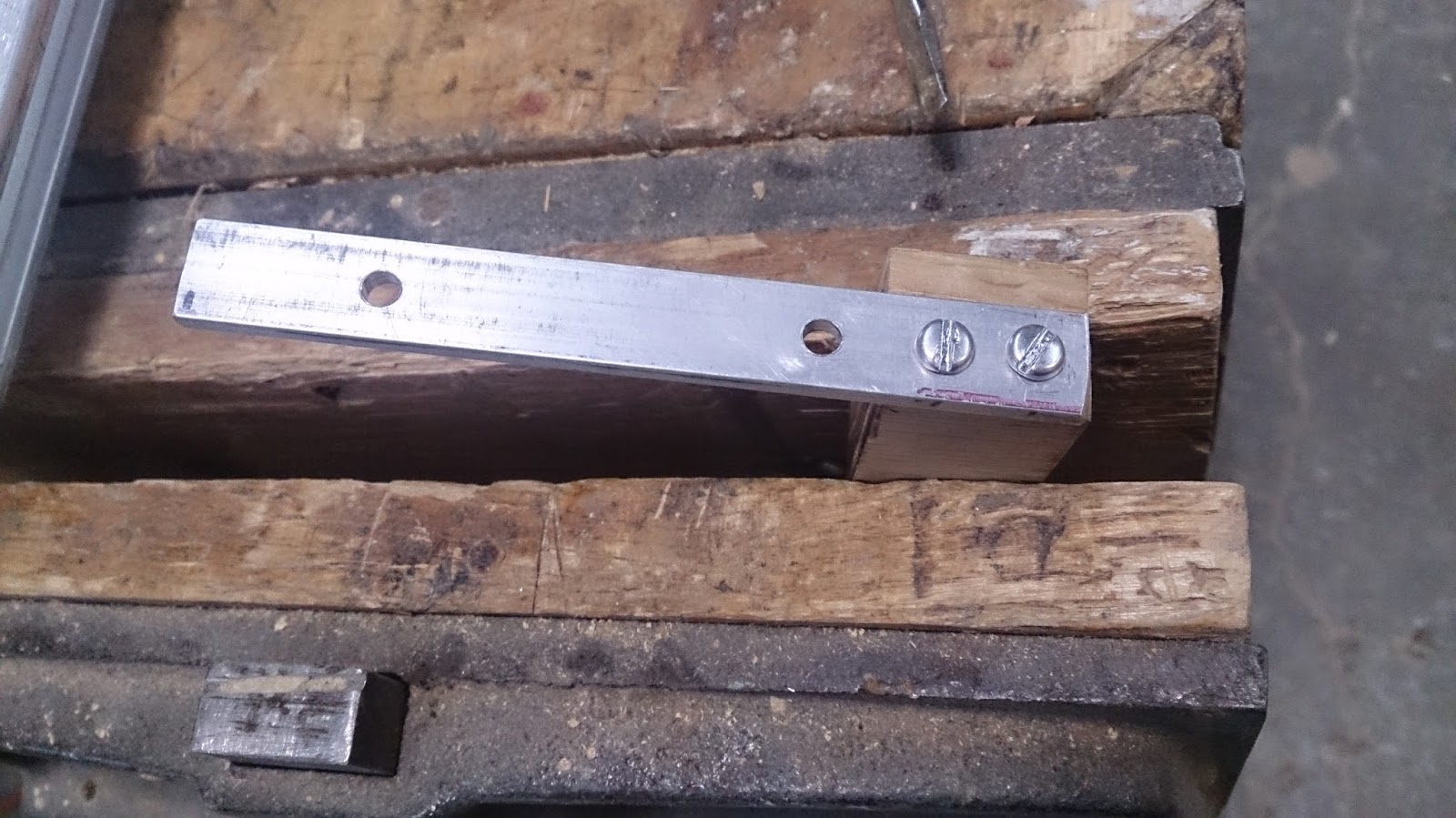 The aluminum bar mounted to the wooden block

To affix the wooden stand two vertical 5/32” holes were drilled.  The vertical aluminum bar had to be loosened to get the drill press close enough. 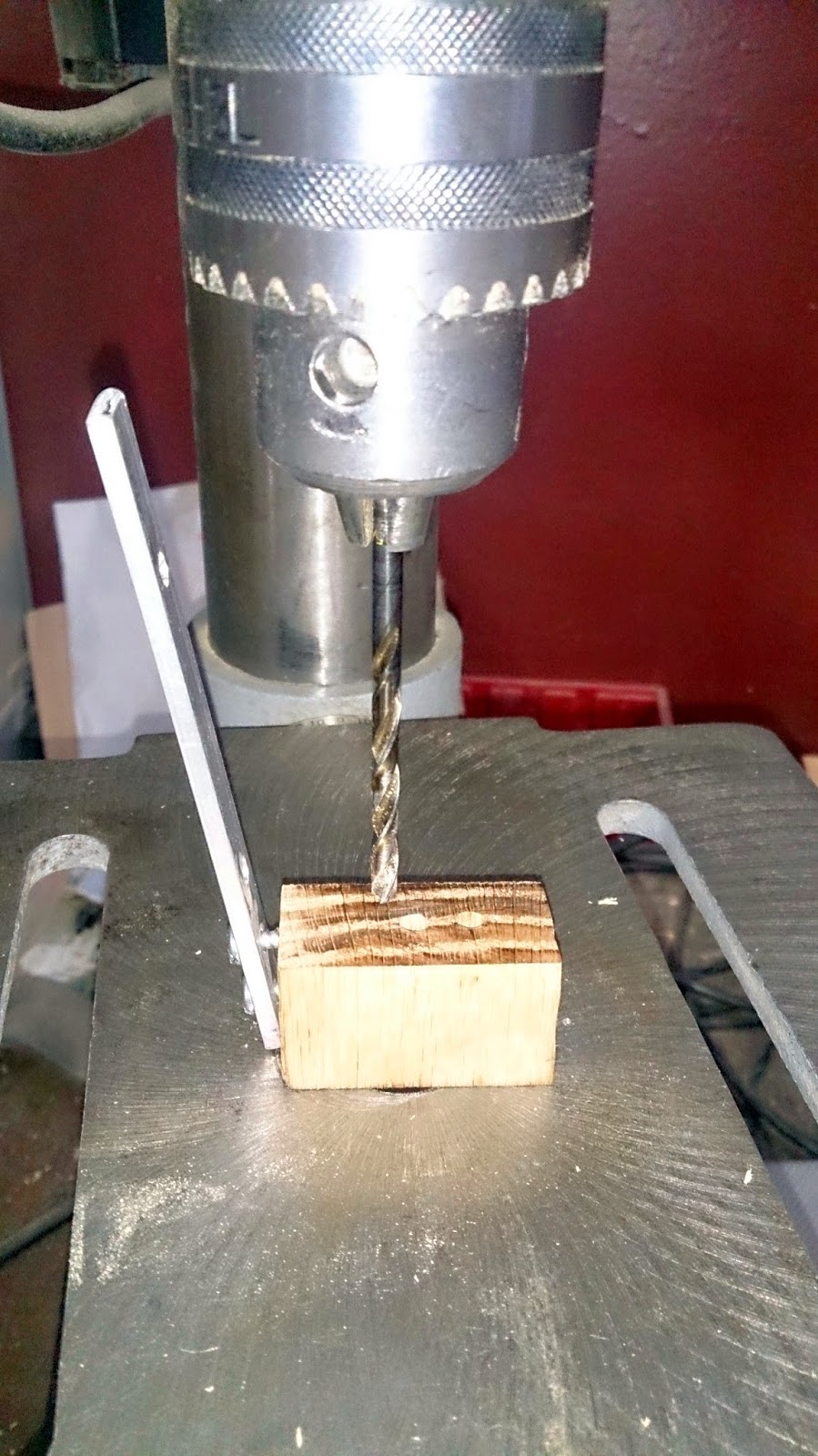 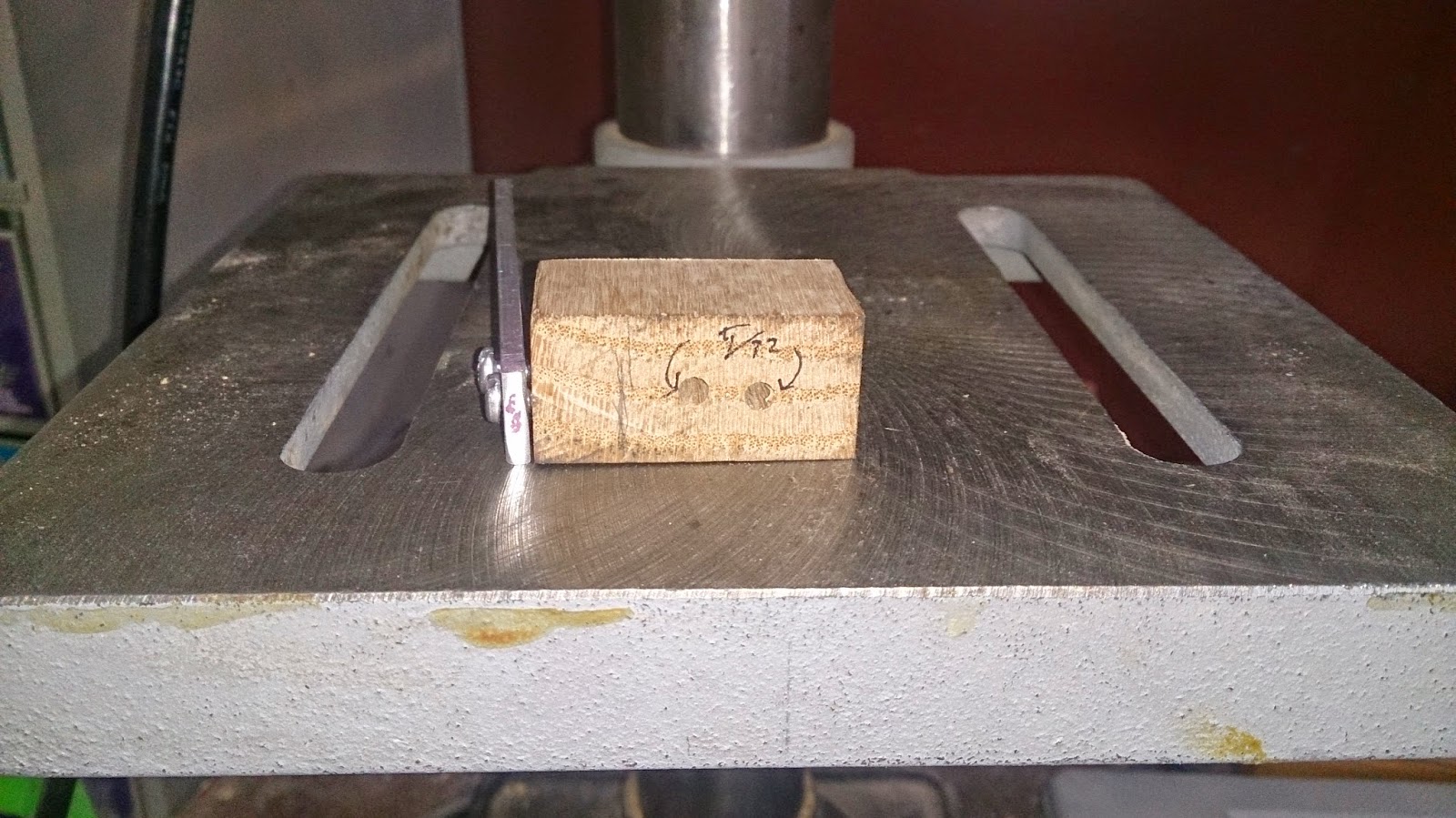 The second aluminum bar was cut to three inches from the same bar stock.  One end was drilled to 11/64”, to accommodate a #8 bolt, and rounded.  The other end was drilled with a 5/16” hole to accommodate a 5/16” bolt.  This bar is meant to hold a tensioning wheel to keep the glue stick pressed against the saw blade.  The #8 bolt holding the bottom of the servo also goes through the 11/64” hole and has a washer on both sides and two nuts tightened against each other.  All this makes it so the bar can freely move as a hinge. 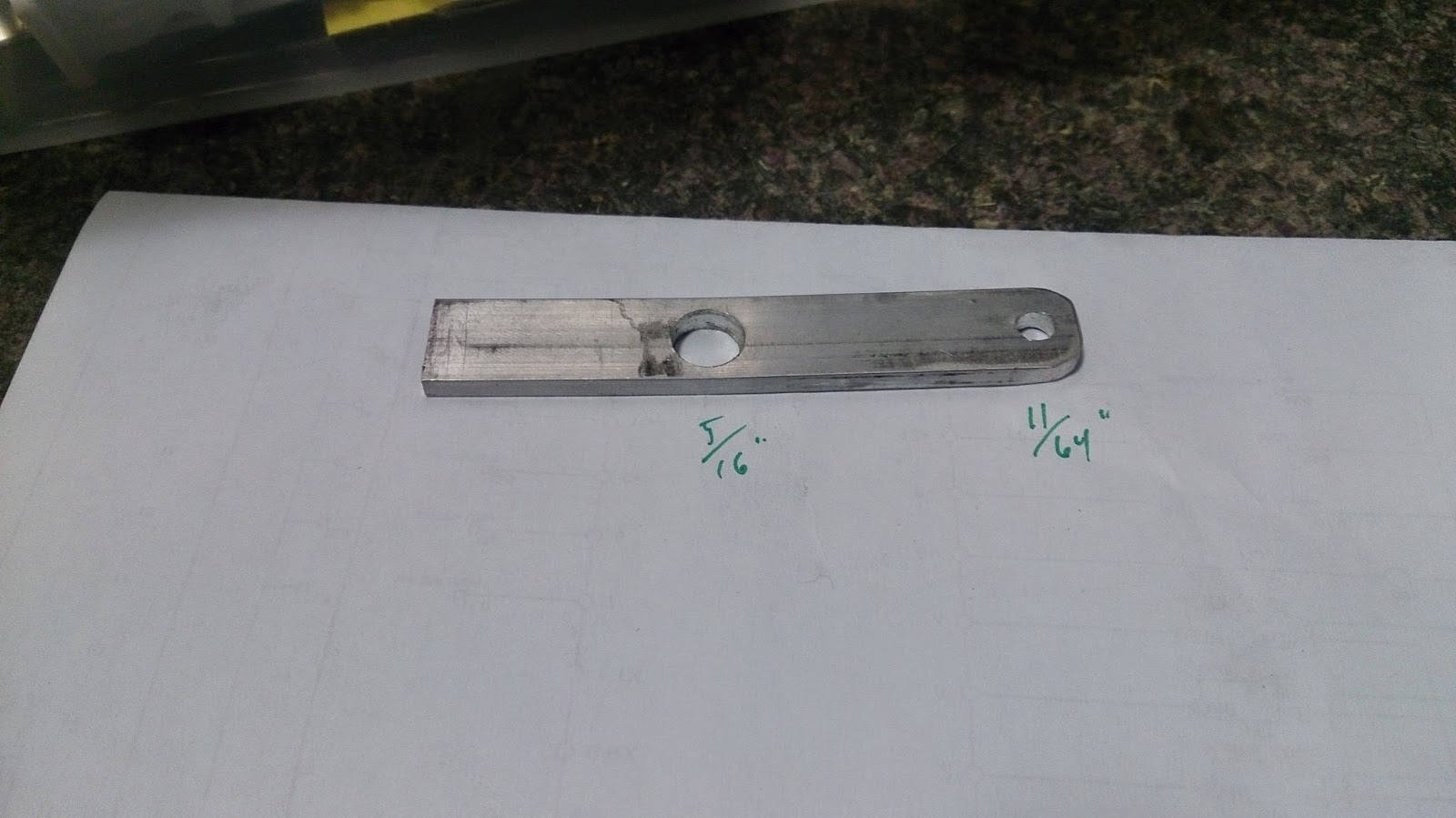 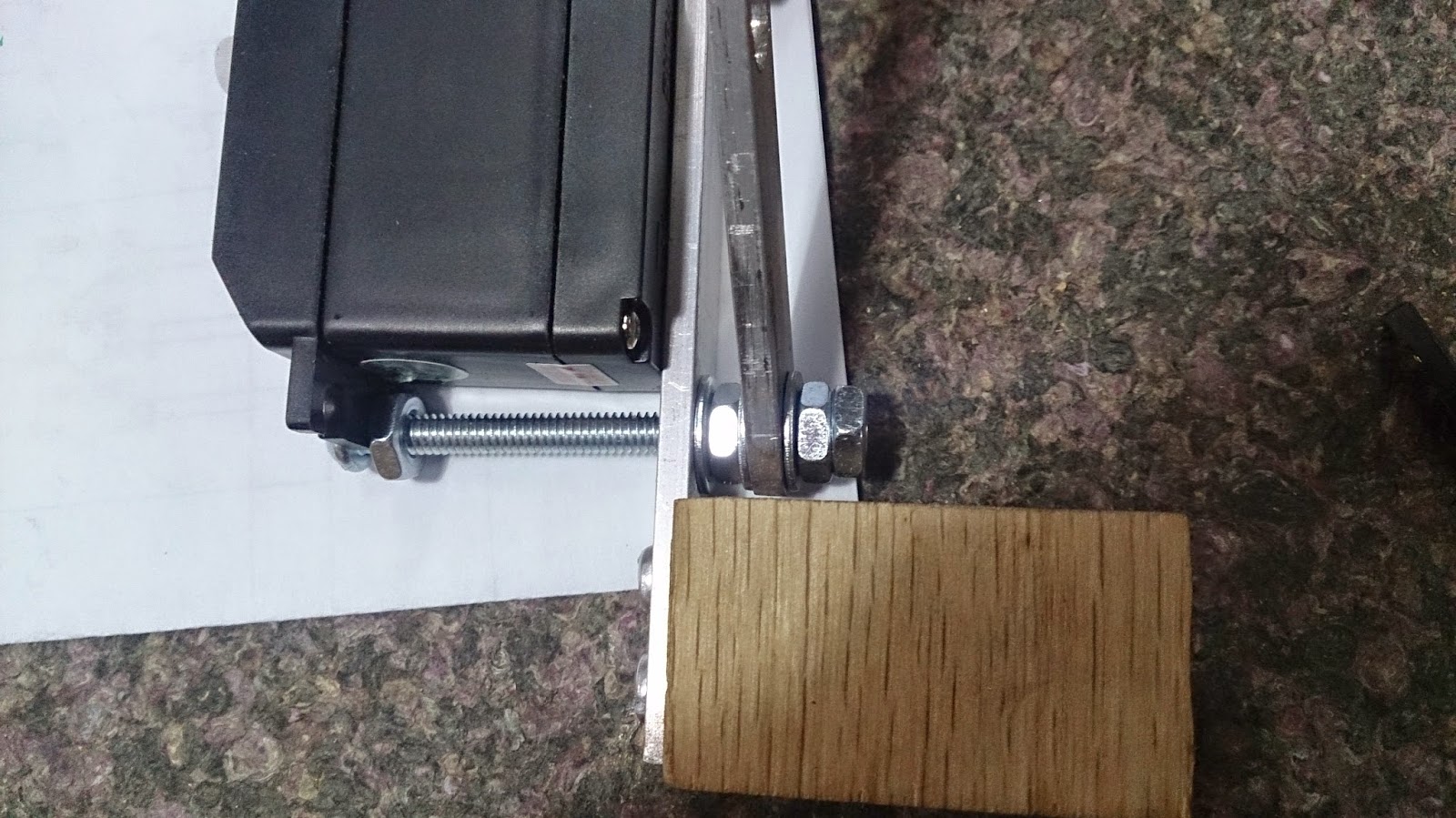 
Auto Awesome will automatically animate a burst of ≥ 5 similar photos

Trying to find a position for the assembly proved difficult.  The easiest solution is to replace the wooden stand with a longer one so it can be affixed to the pie tin outside the limits of the plastic triangle. 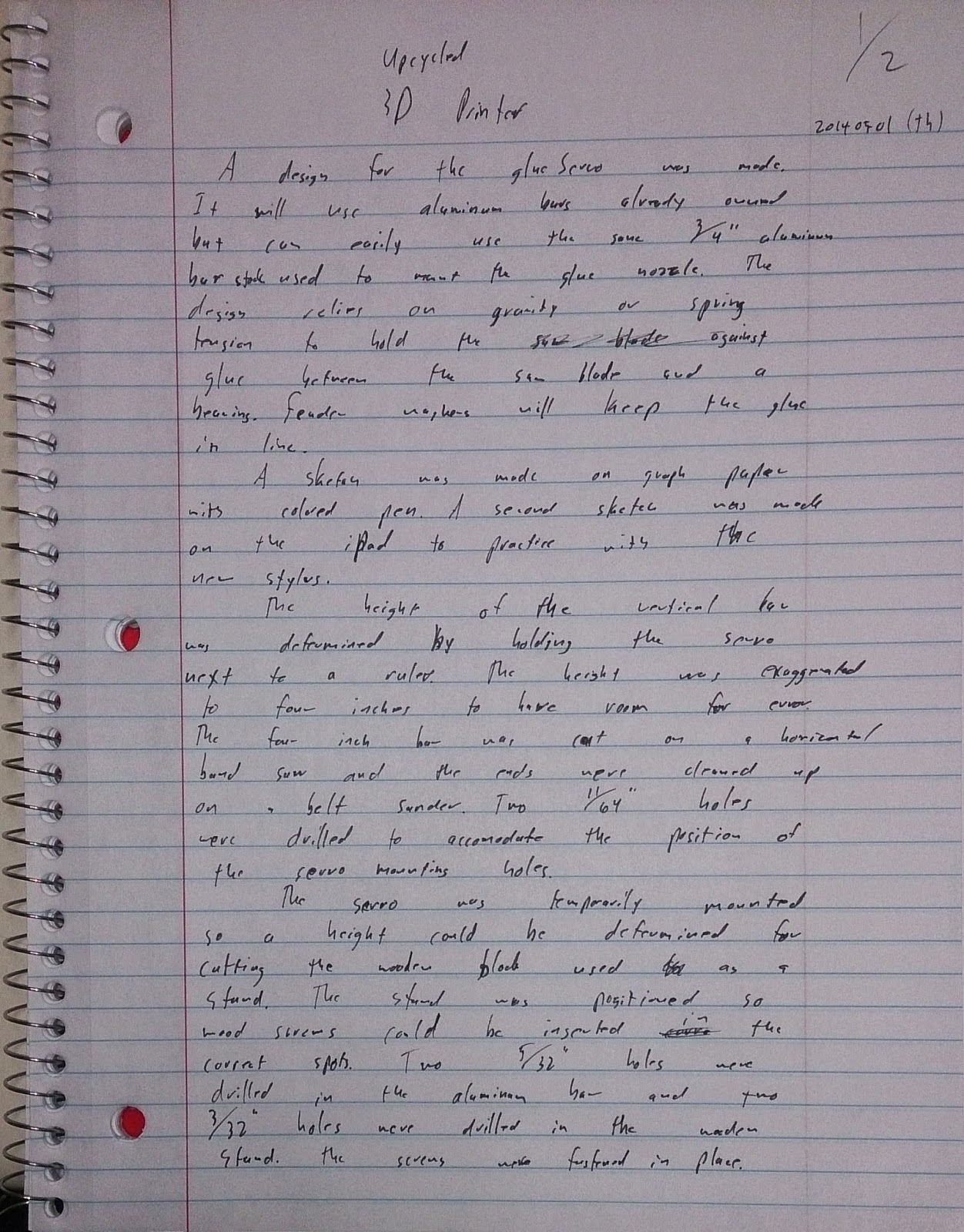 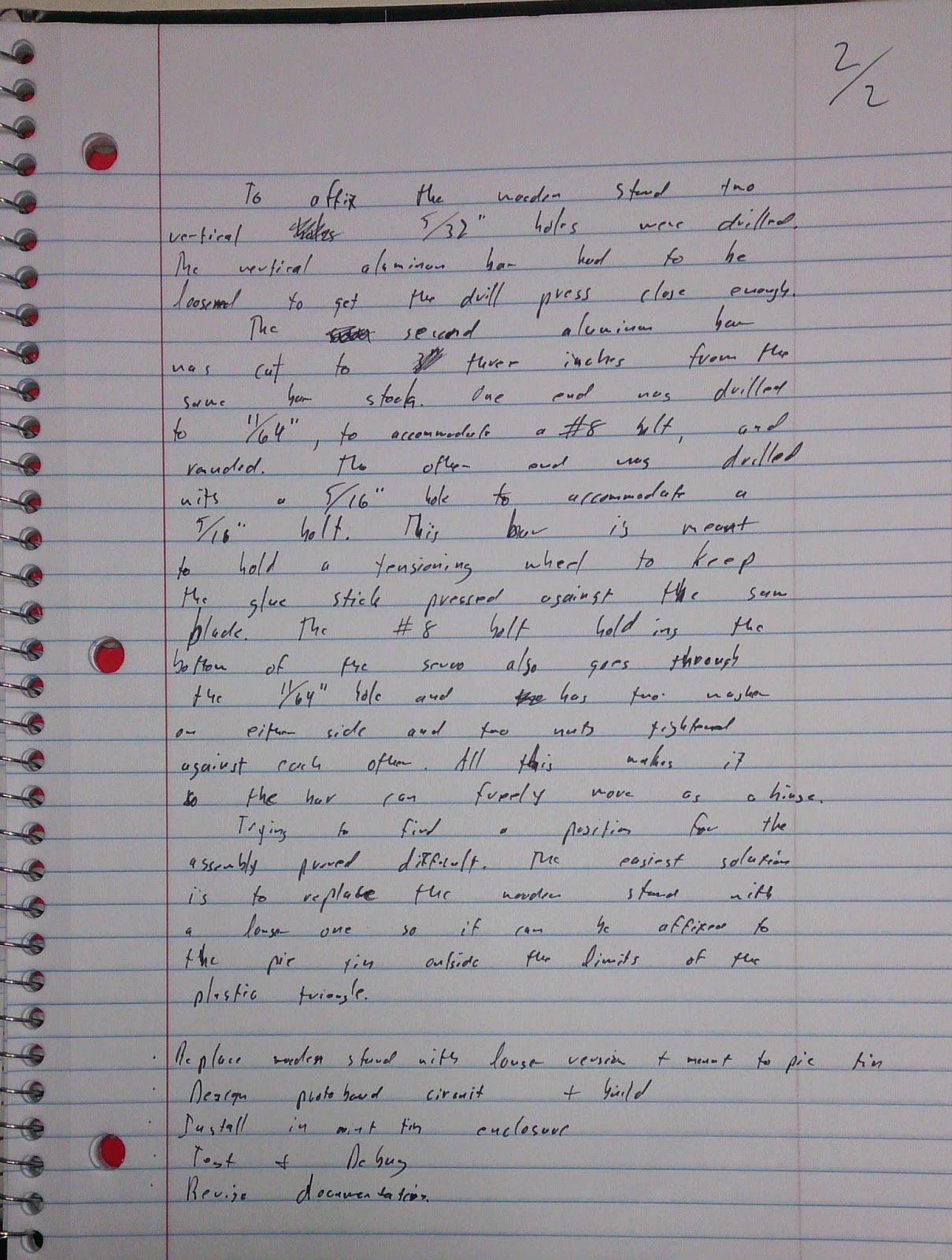