May 09, 2014
The old saying goes "Misery loves company."  I don't necessarily believe that.  I think it's more fitting to say "Misery loves an audience."

This doesn't apply to everyone but some people want to have their pain publicized like they deserve praise for putting up with whatever is making them suffer.

Is there a merit badge for enduring?

To everyone who honestly wants a comforting shoulder; I'm not talking about you.


The buzzer (a simple speaker) adhered to the protoshield received programming so it will buzz continuously when the end of the print array is reached.  Since pin 13 also has the onboard LED it will appear lit at 50% (when the speaker is active) because the tone() command uses a 50% duty cycle.

The debugging switch will move the platen black up at the same speed as the last time it was lowered.  The buzzer is off during this event but resumes when the button is released.  It will be necessary to manually reset the board in order to stop the buzzing.

Testing proved well except that the debugging pots only print to the screen at the beginning of each cycle.

A testing program was written which simply used the potentiometers as relative positions for the servos.  This proved that the servos worked as expected. 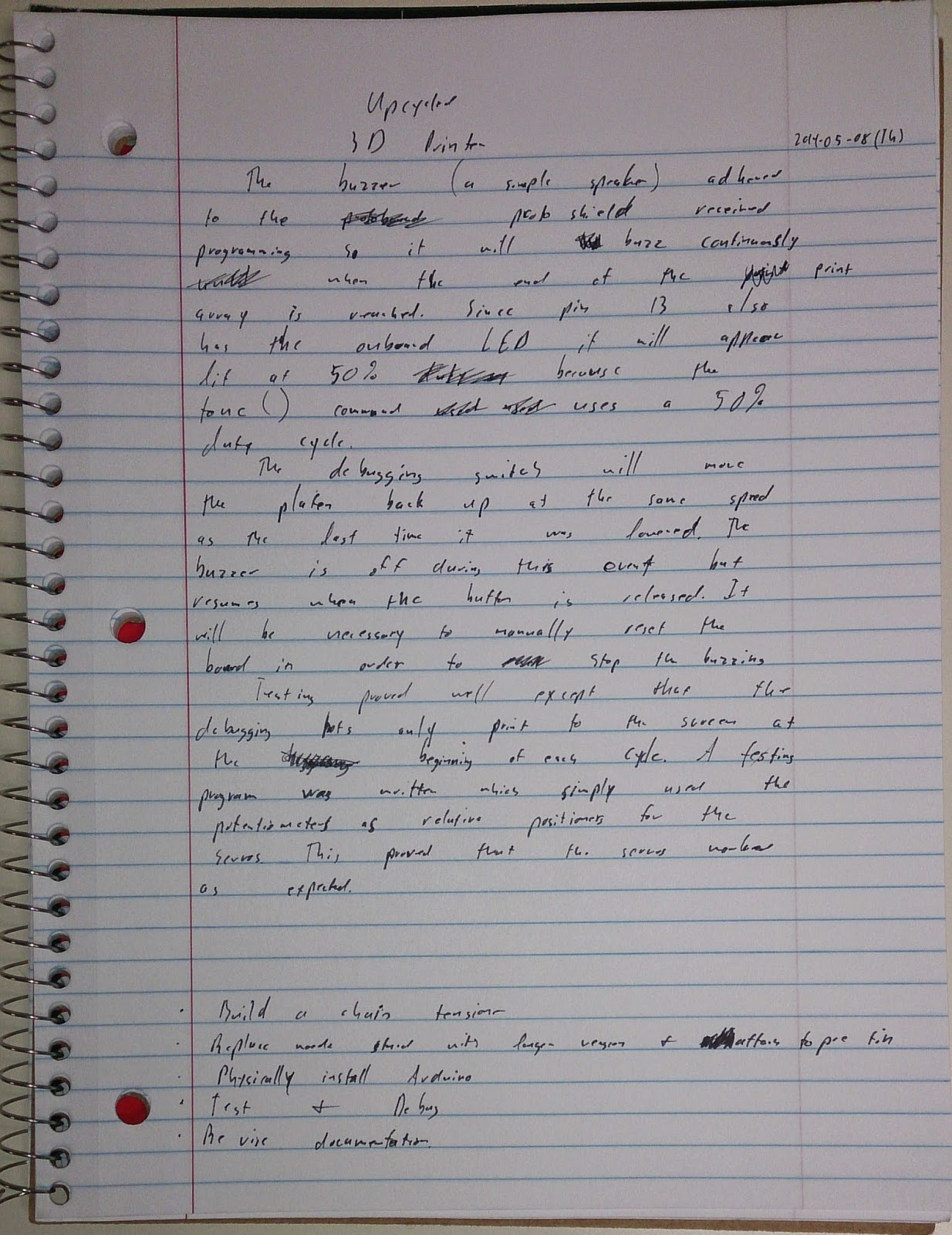