Nylon webbing was purchased from a fabric store.  1" wide and 2" wide strips were purchased.  Two strips of 1" webbing was cut which were made long sought to go nearly all the way around a tennis ball.  The ends of the webbing were cut with sharp scissors then melted to prevent fraying.  The strips were sewn at the ends perpendicular to none another.  This was repeated on the other ends so the strips formed the beginning of a baseball mitt shape. 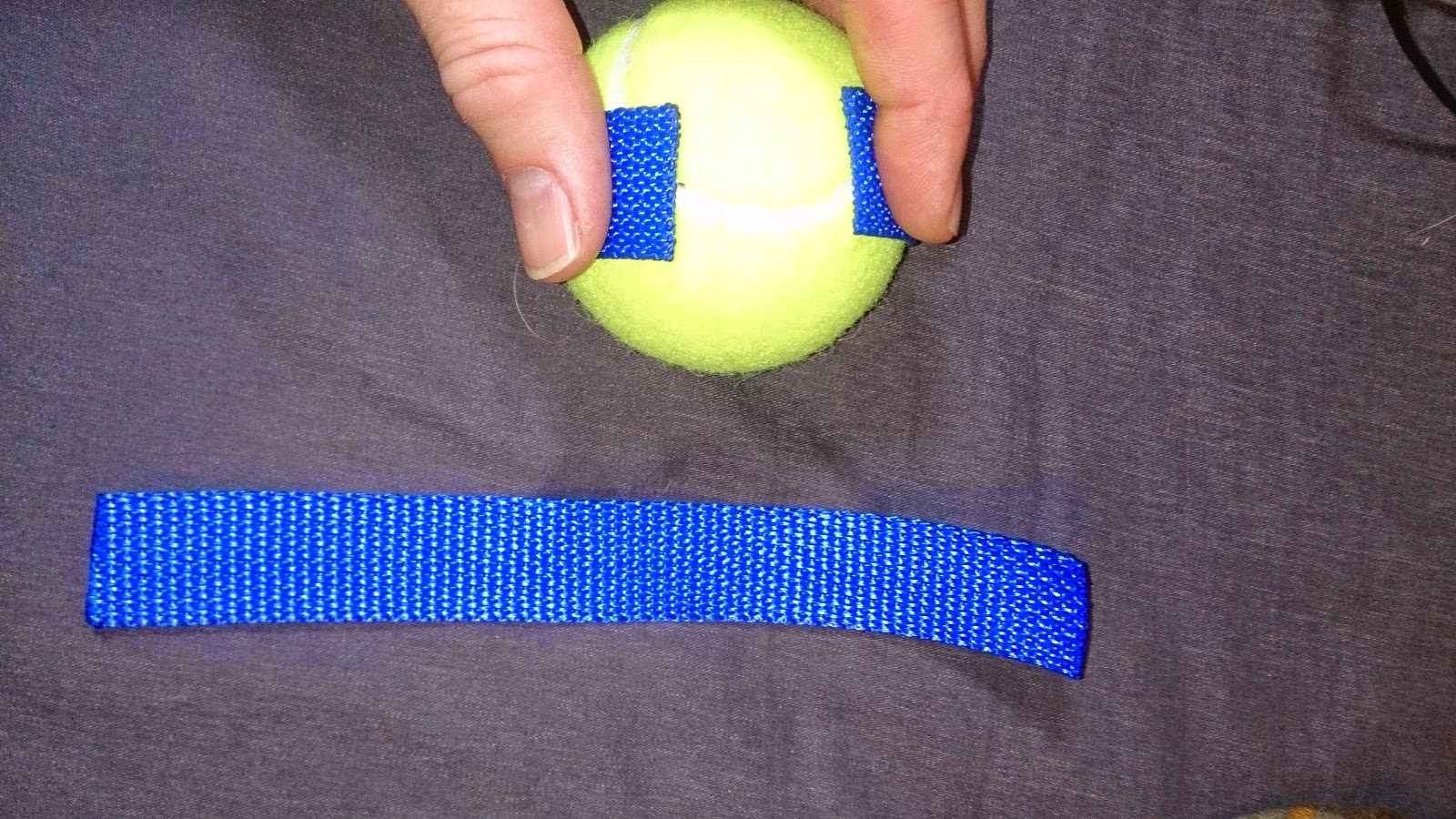 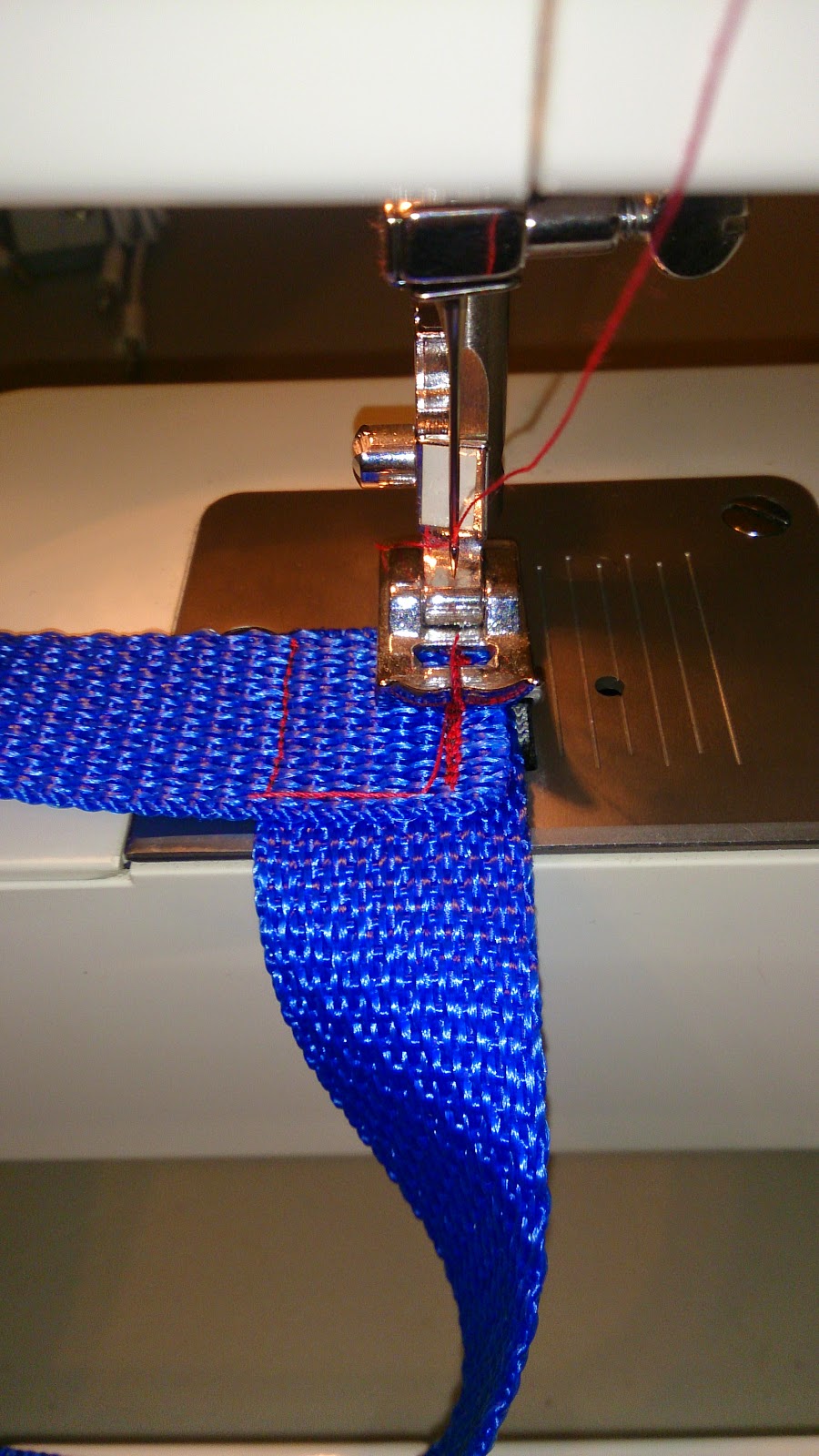 Sewn perpendicular at the ends 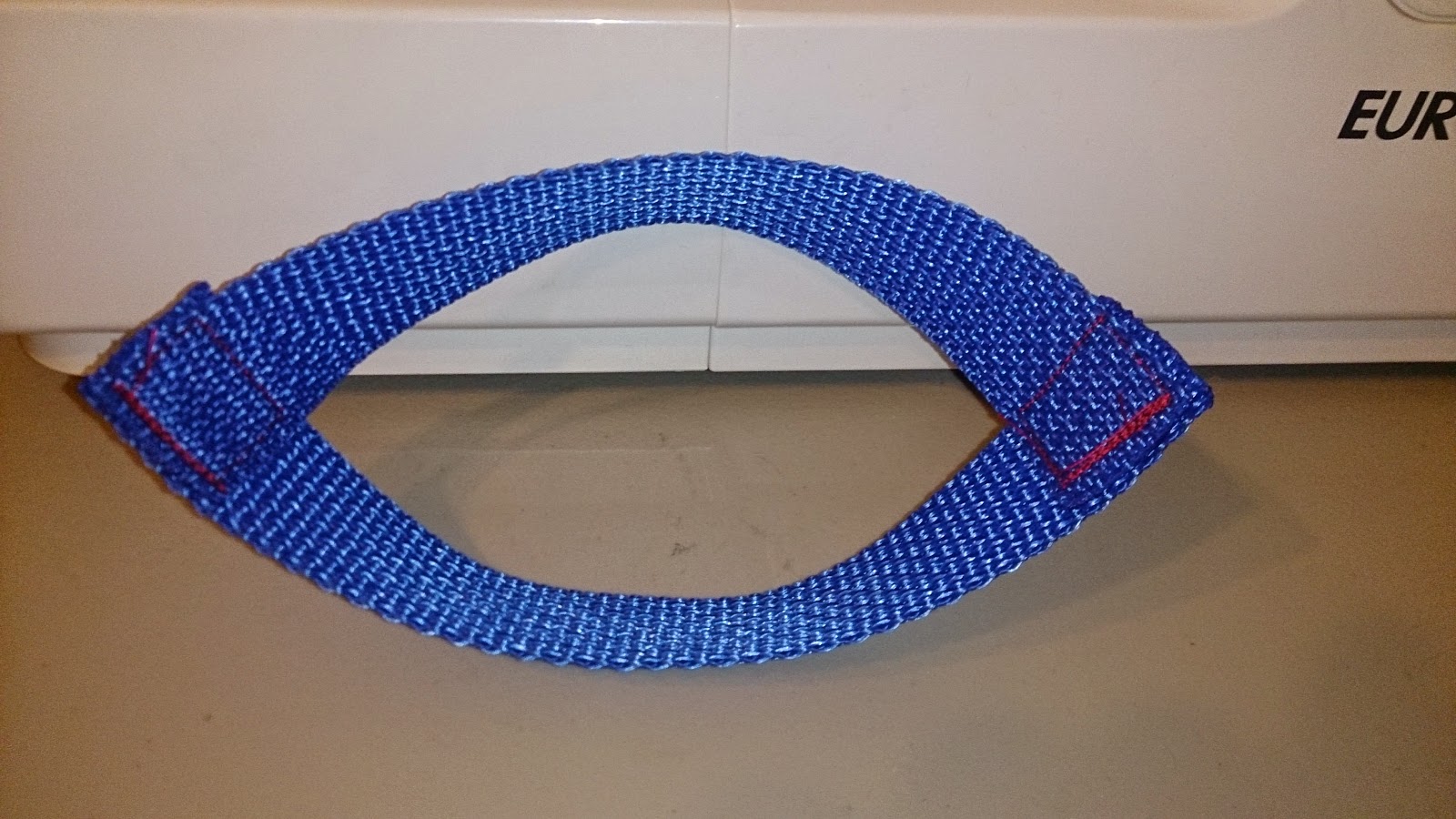 A strip of the 2" wide webbing was cut long enough to cover a bit more than half the circumference of a tennis ball.  The ends were also melted with a lighter.  The wide strip was sewn lengthwise onto the centers of the 1" straps.  The resulting formation neatly held the tennis ball. 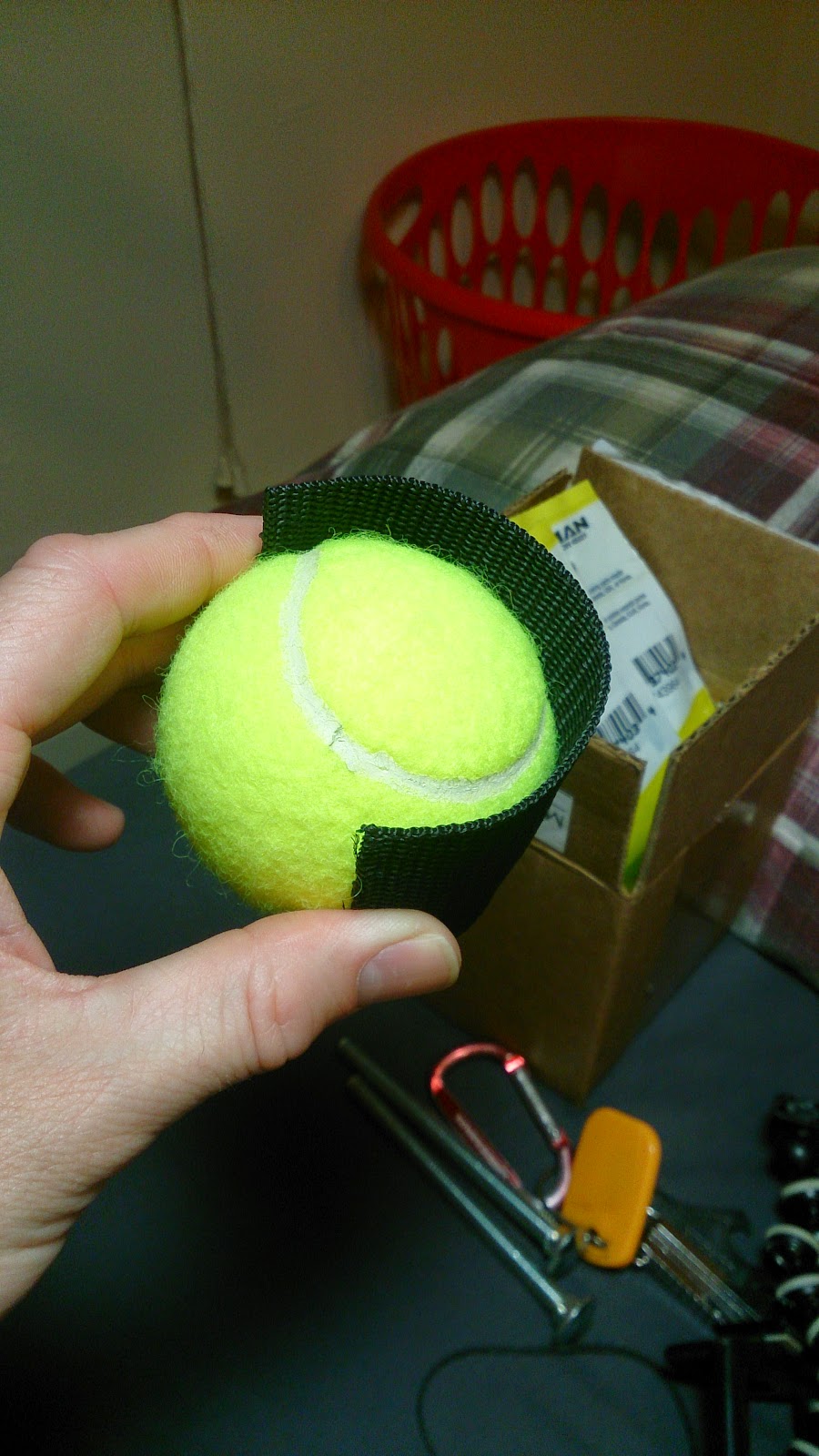 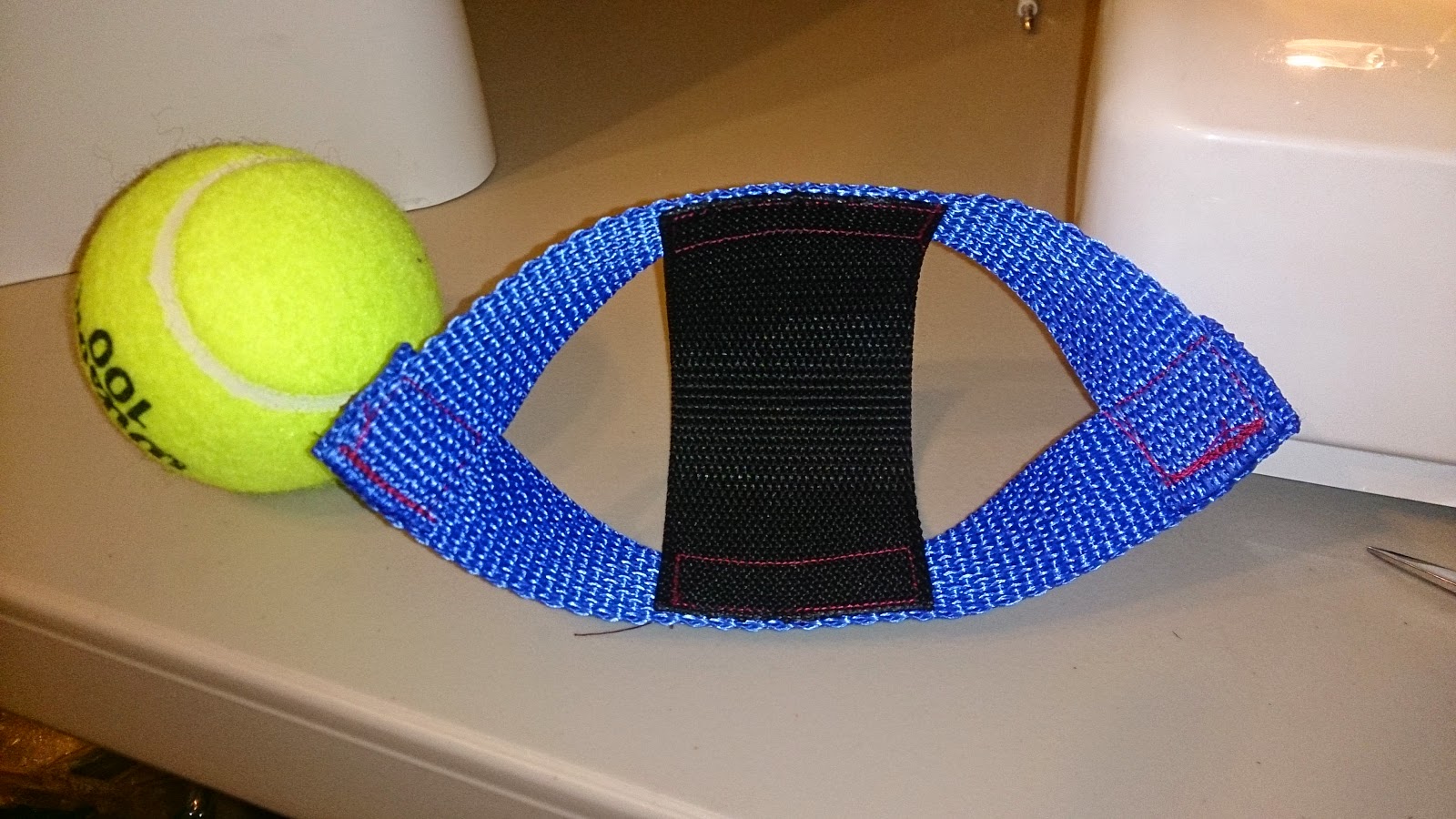 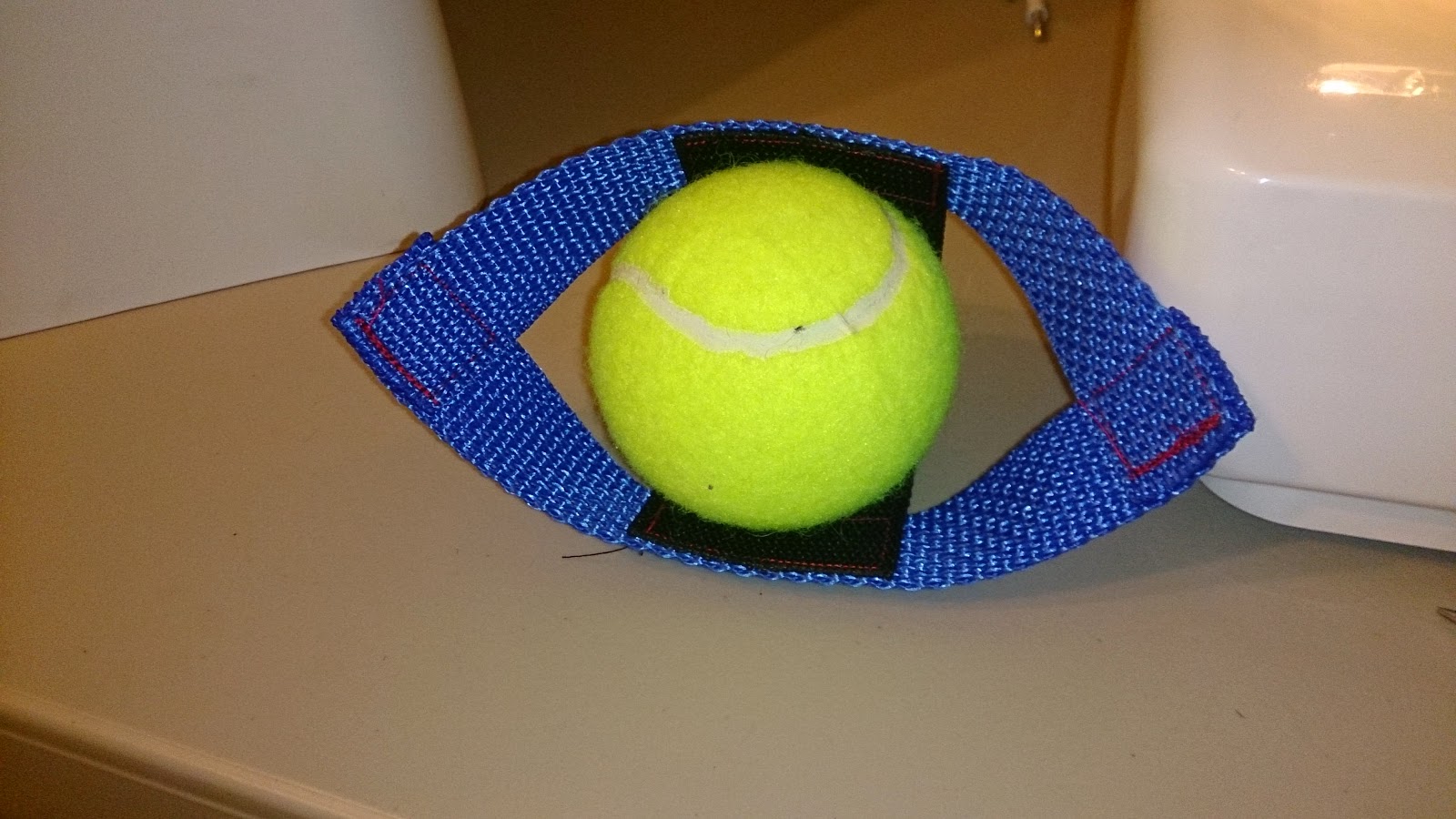 A long strip of 1" webbing was cut and the ends were sealed.  Loops were sewn onto the ends of the webbing.  The strap was sewn onto the tennis ball hammock.  This piece will attach to the bungee cords and loop over the release mechanism.  The loops of the ends had to be sewn large enough for the bungee to fit. 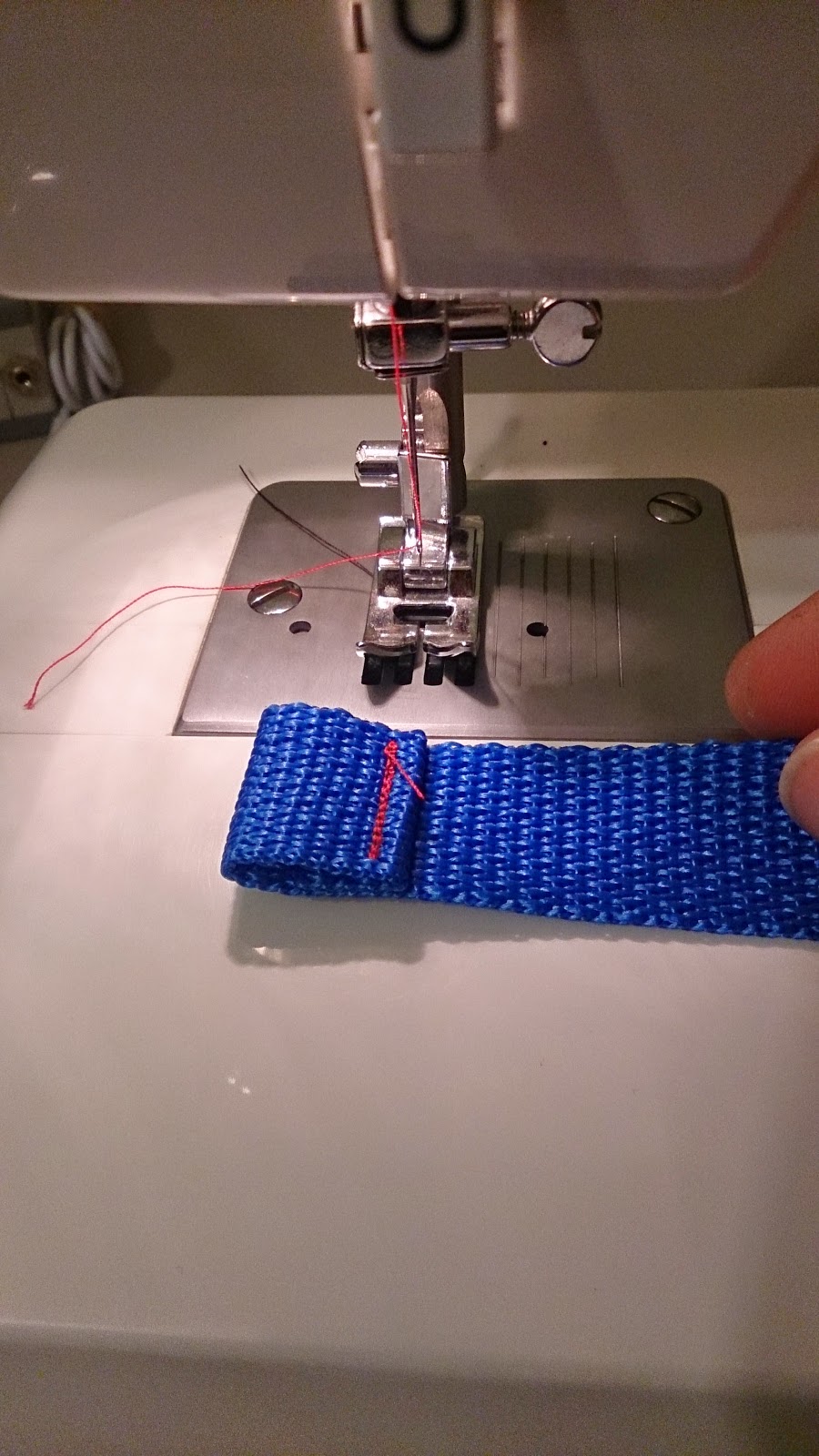 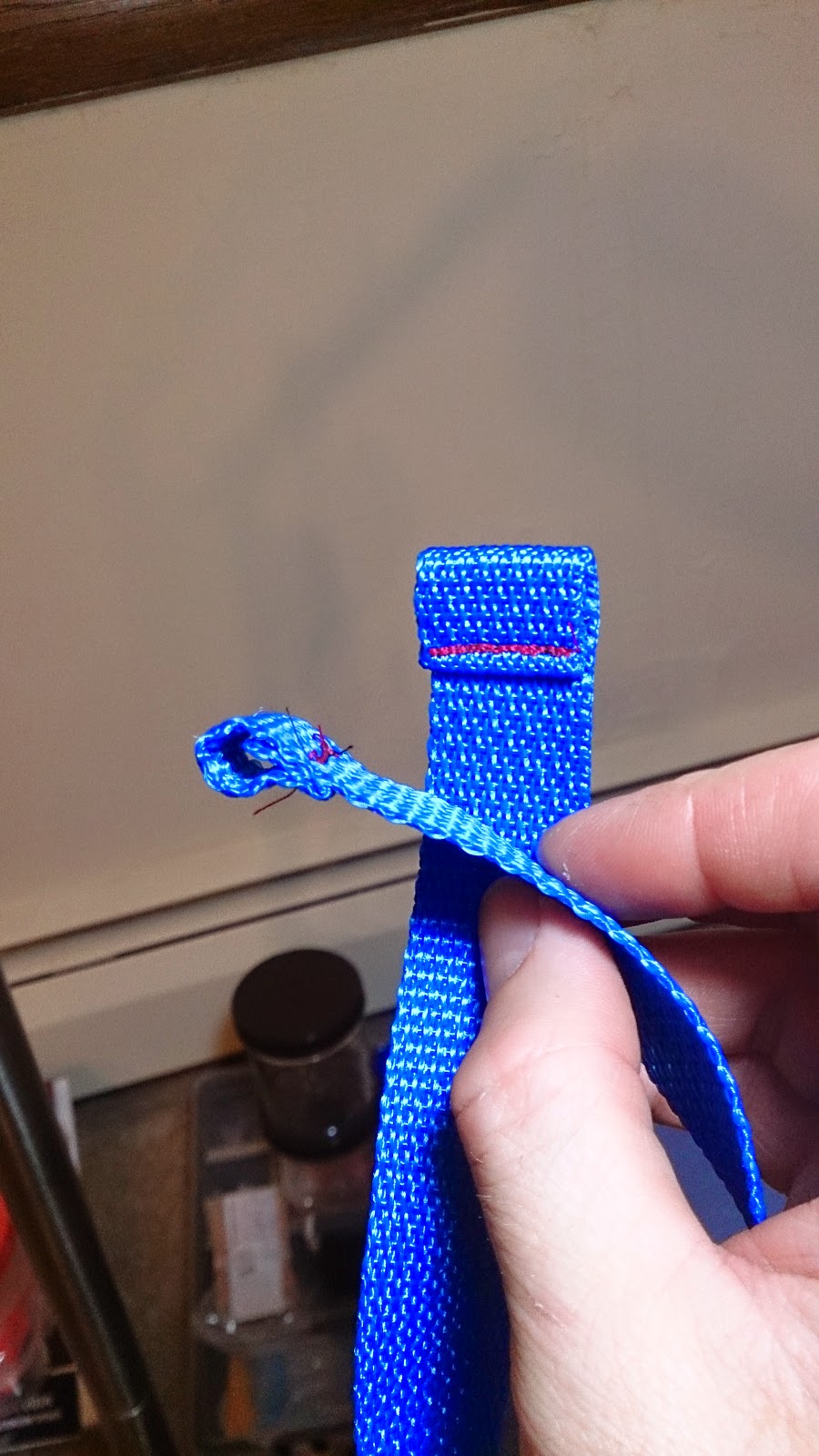 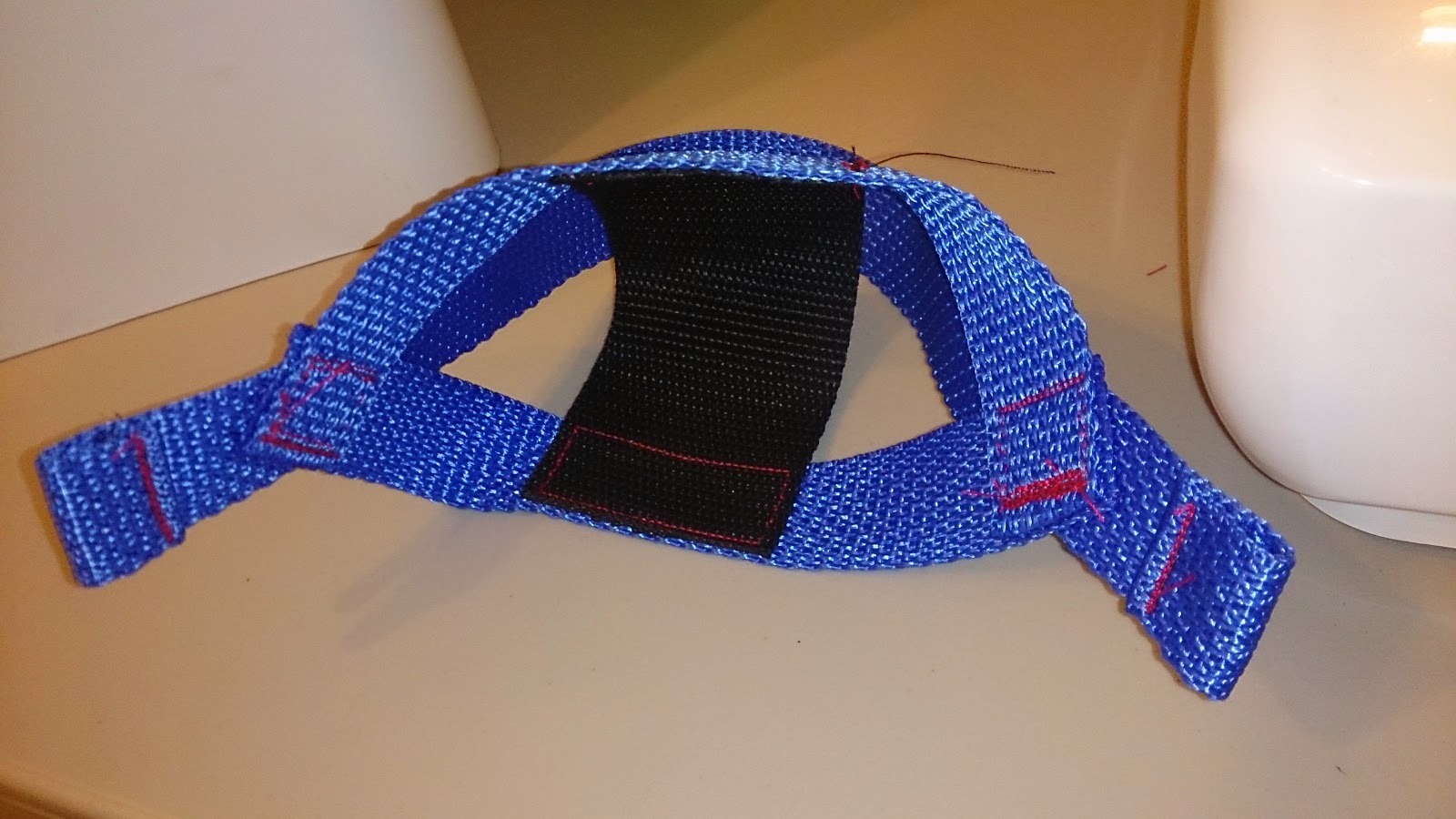 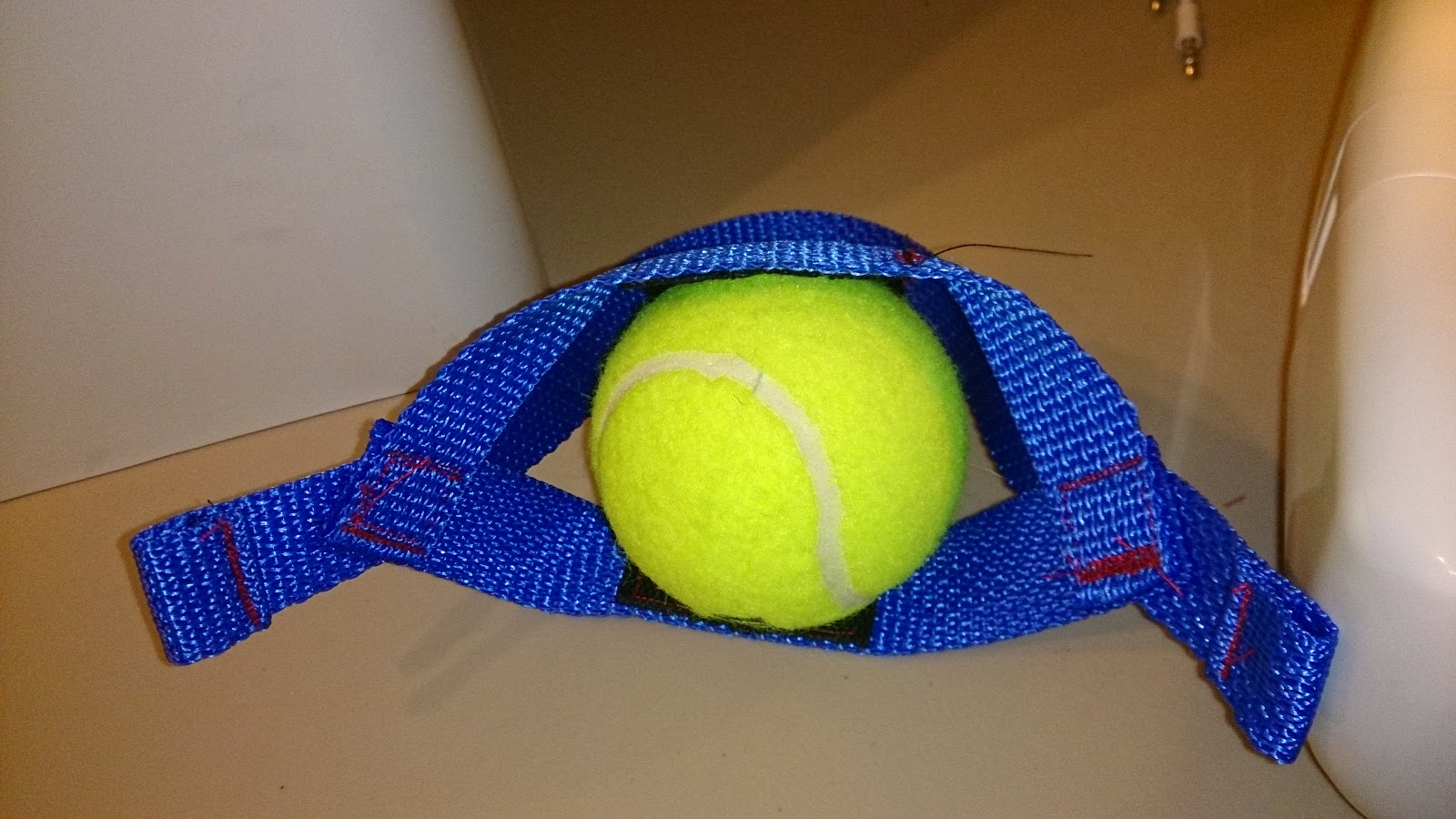 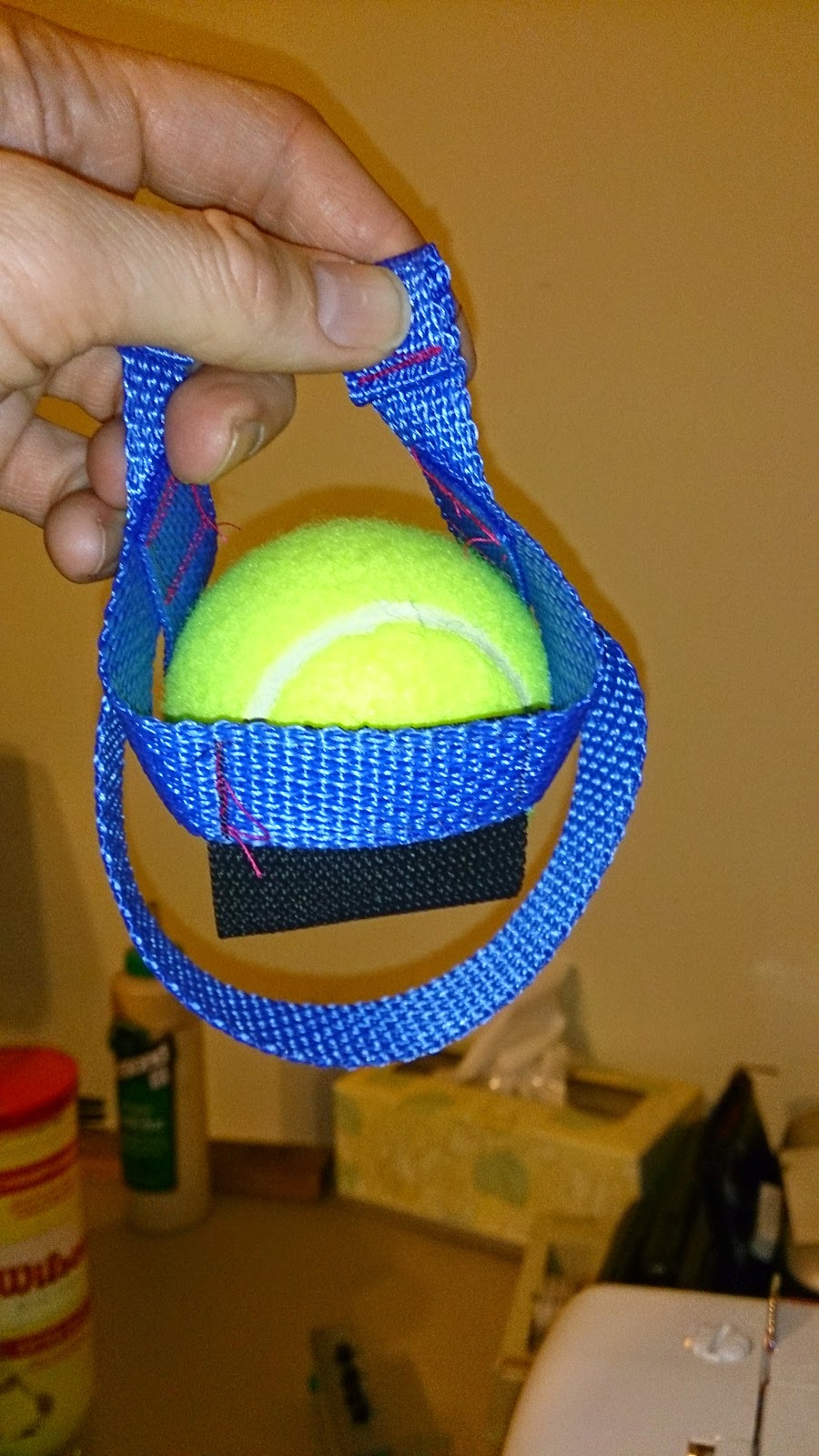 The bungee was put through each loop and a knot was tied to keep it in place.   Masking tape was put over the ends of the bungee to make it easier to slide the loops over. 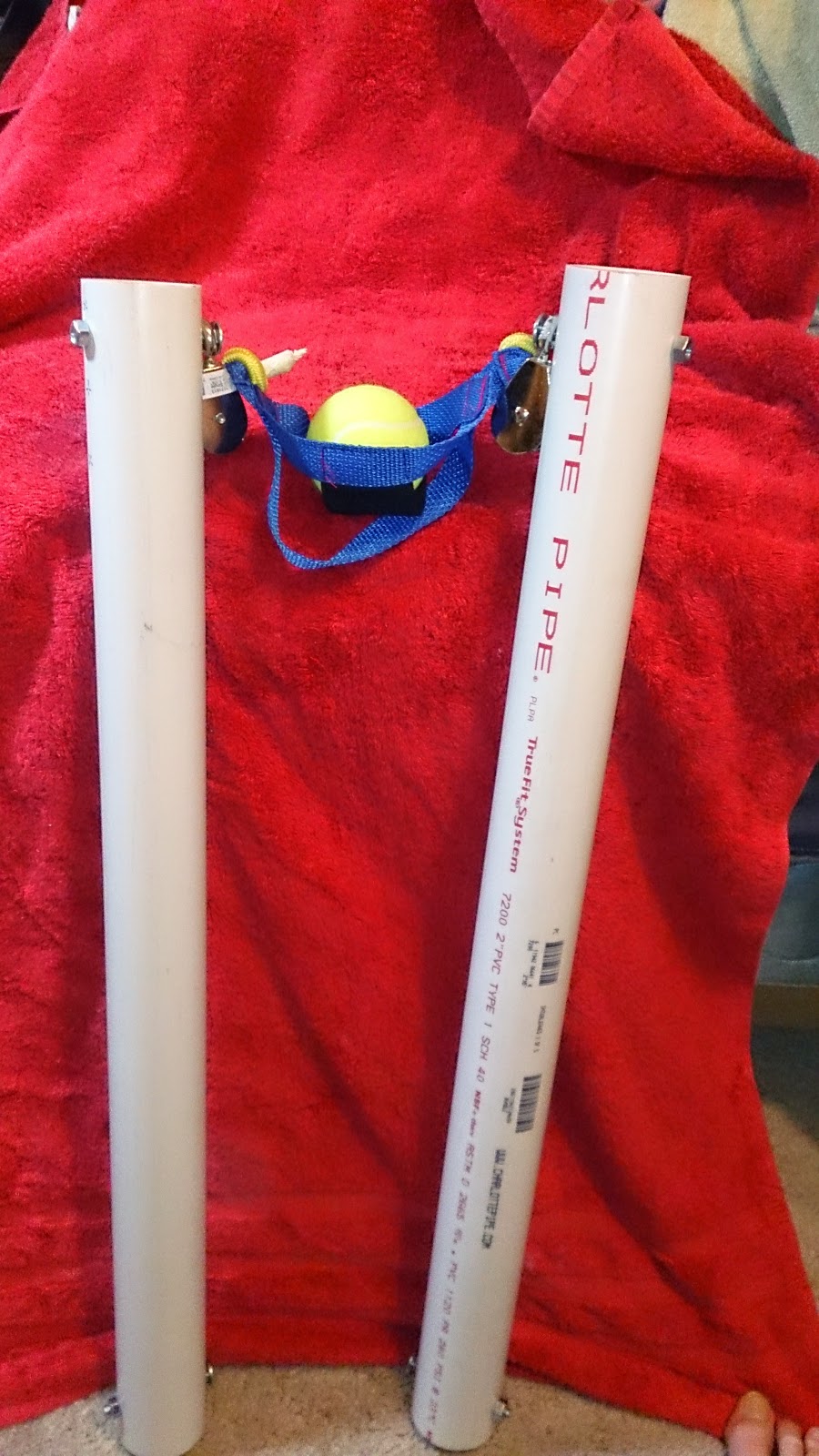 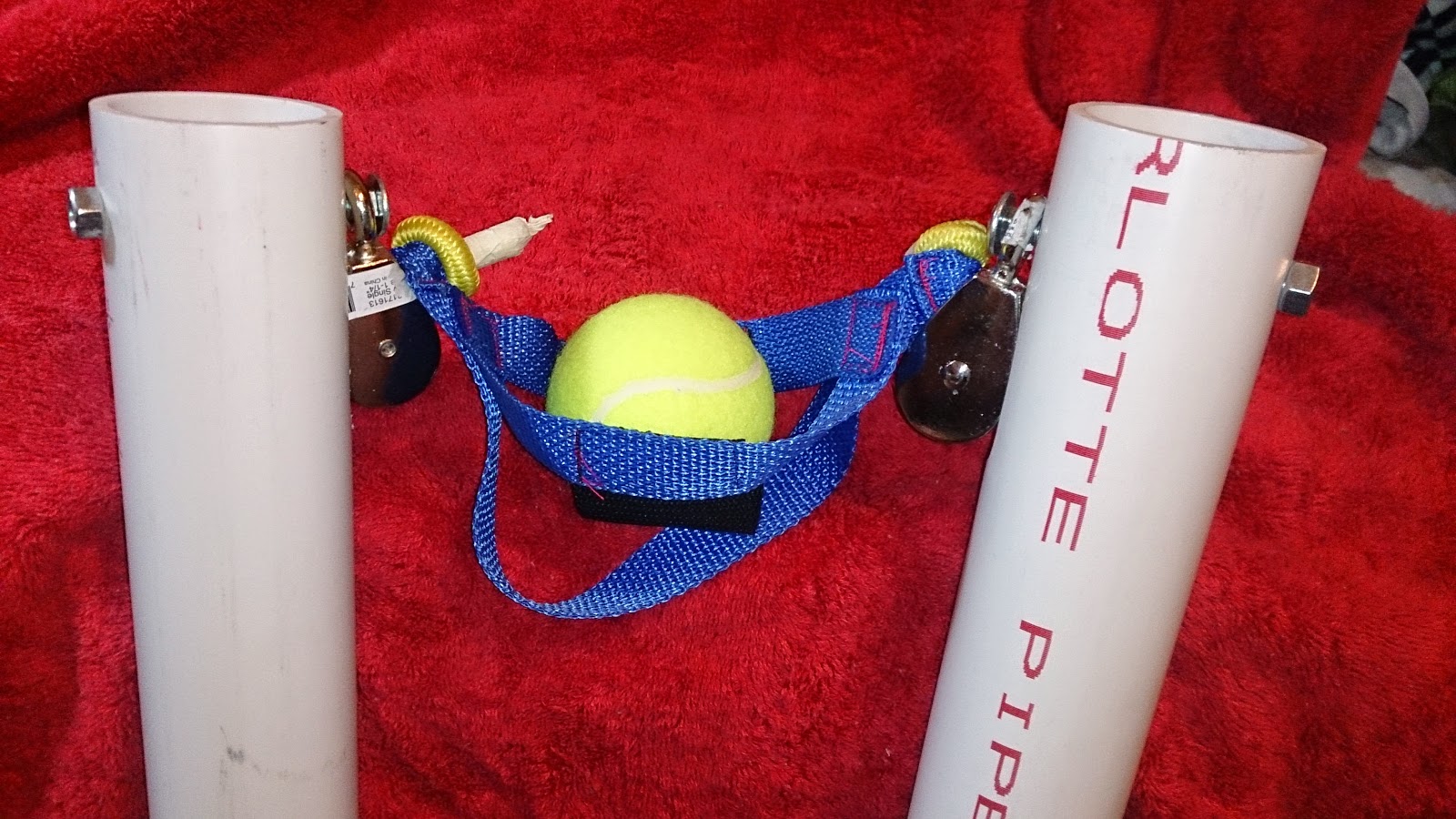 Close up of tennis ball hammock

The unit was tested indoors only tensed to approximately 6" and released.  The tennis ball was flung into the hallway door and bounced back.  It seems highly effective.

First test and an unwilling target (Her name is Toasty)

Second test with the camera mounted on a PVC pipe 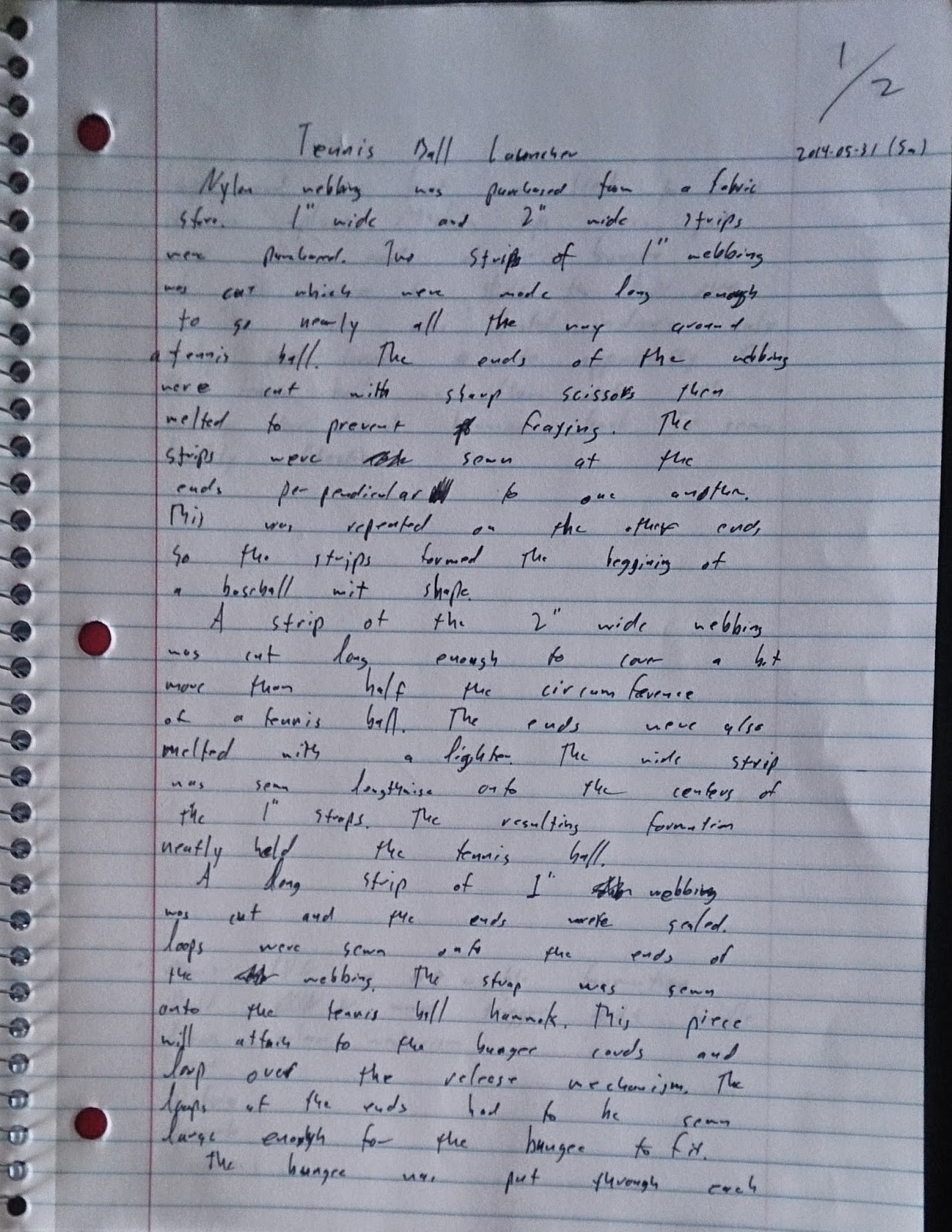 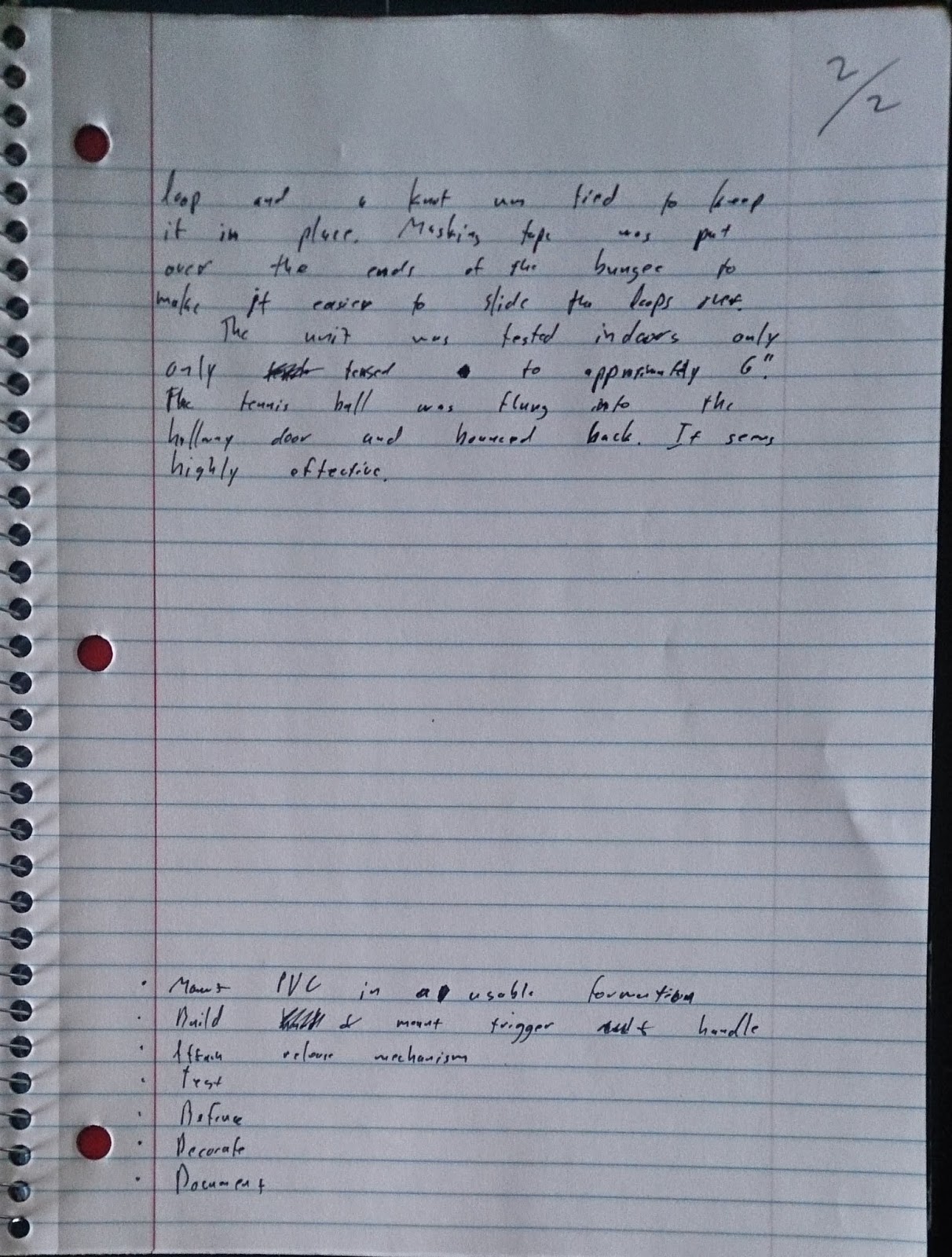