So I was thinking. End of joke.

The first picture I post automatically becomes the thumbnail for the blog post. I'm going to try posting a small image at the beginning that is representative of the work done that day. Hopefully this will make the wall of posts look more like a gallery rather than a hodge-podge of steps.

And there you have it

A length of 1 ½” PVC was found on the scrap materials shelf at the hack space. It was drilled at one end to fit the 5/16” bolt installed yesterday, 2014-06-02 (M). The purposes of the pipe were to hold the front braces perpendicular to the bungee PVC pipes and to hold the release mechanism parallel to the bungee pipes. It was trimmed to stop just short of the angle brace on the release mechanism. 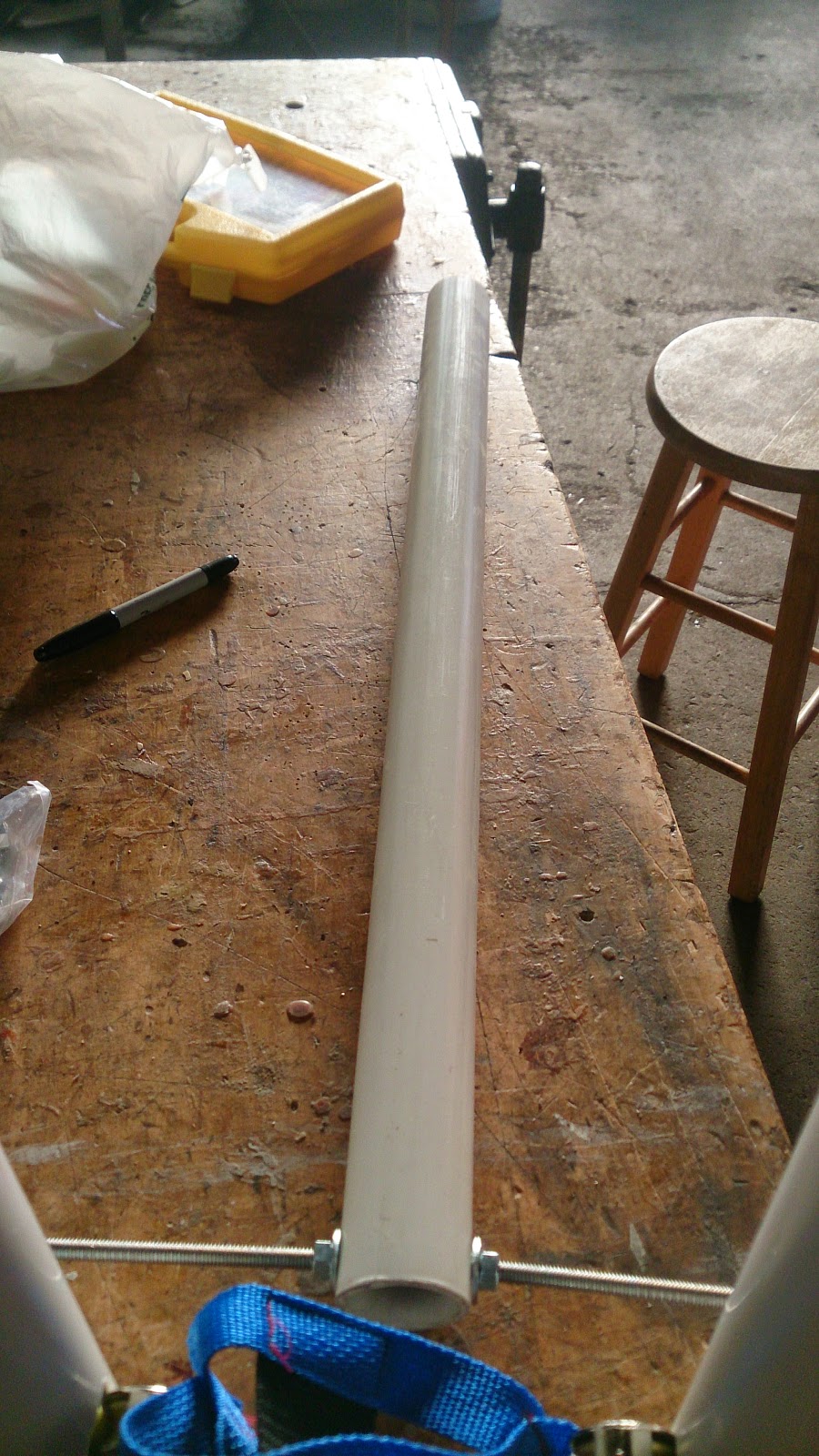 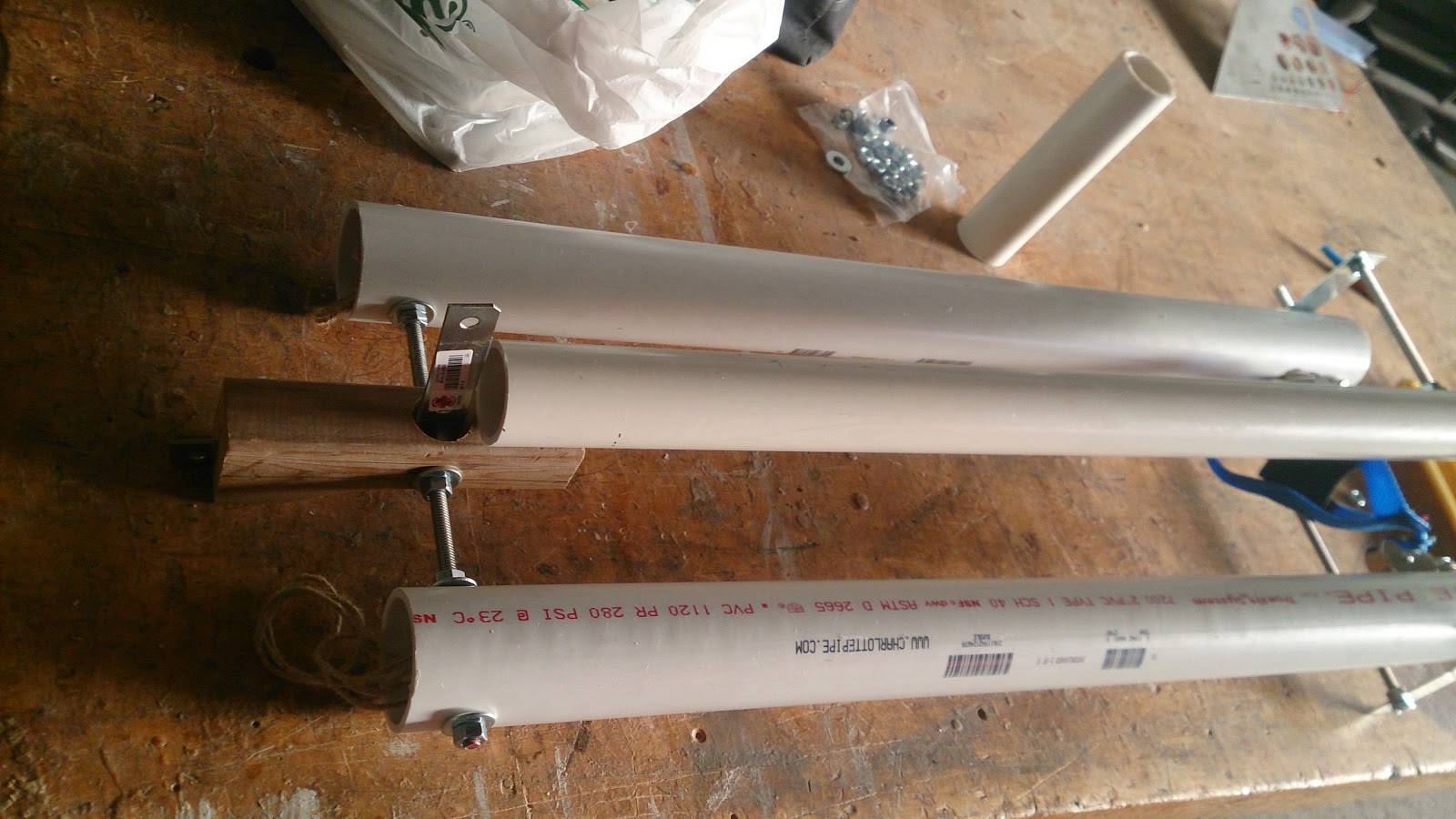 Pipe at the ideal length stopping at the angle brace

Rotational view of the pipe

With the new pipe installed the launcher became ready to load and fire. The first round loaded but the tennis ball fell out and was easily put back into the hammock once the launcher was cocked. The corners of the release mechanism form sharp points and should be smooth out to avoid unnecessary wear on the 1” webbing 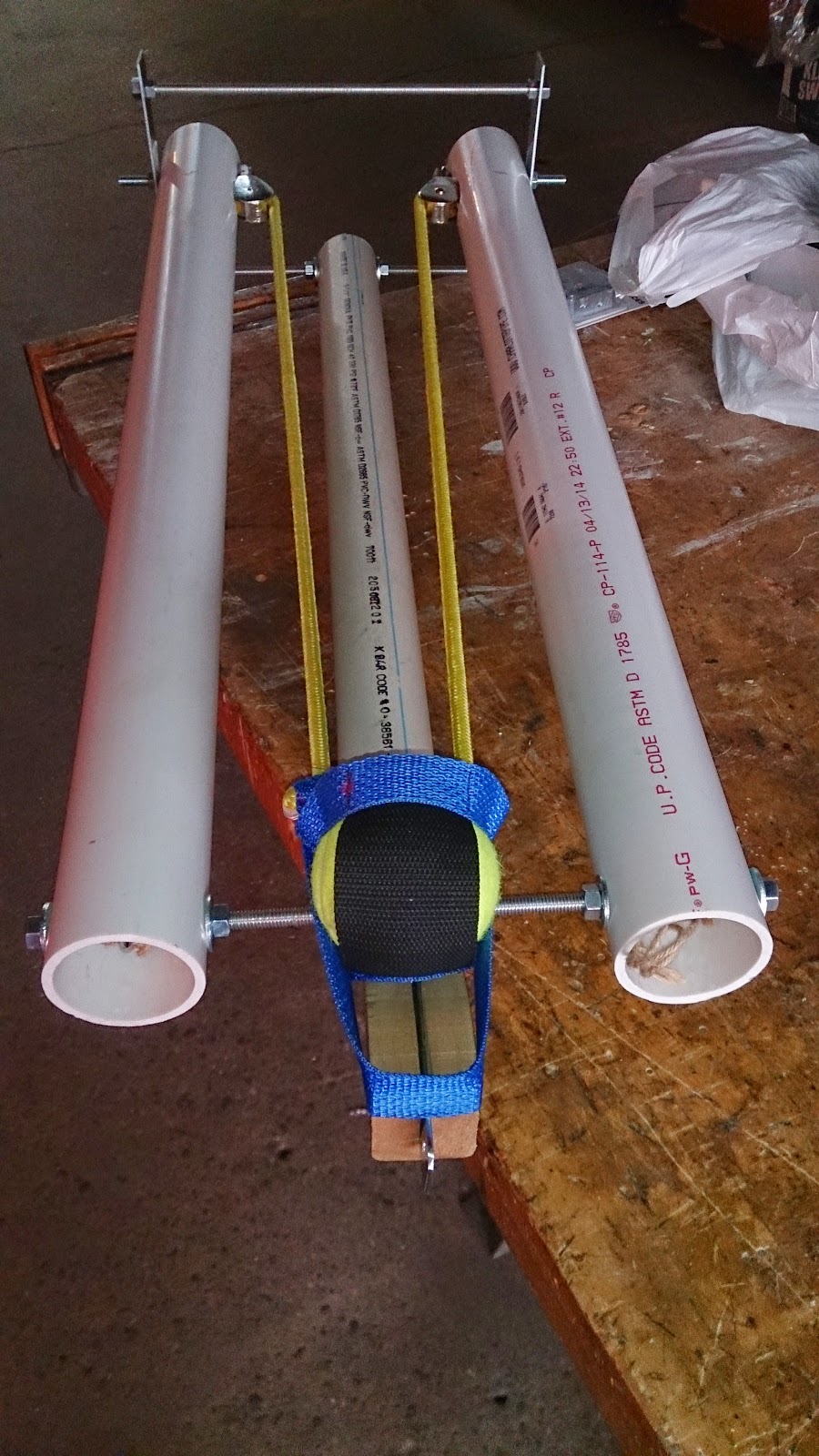 A launcher that is ready to fire

The angle brace provides a good trigger and will probably not need a cabled version to pull it. Rather, a handle could be installed behind it and the brace itself could become the trigger and still provide a solid-feeling trigger. A small corner brace was installed behind the trigger with the intent of providing a mounting point for the cable but may become the mounting point for a handle. 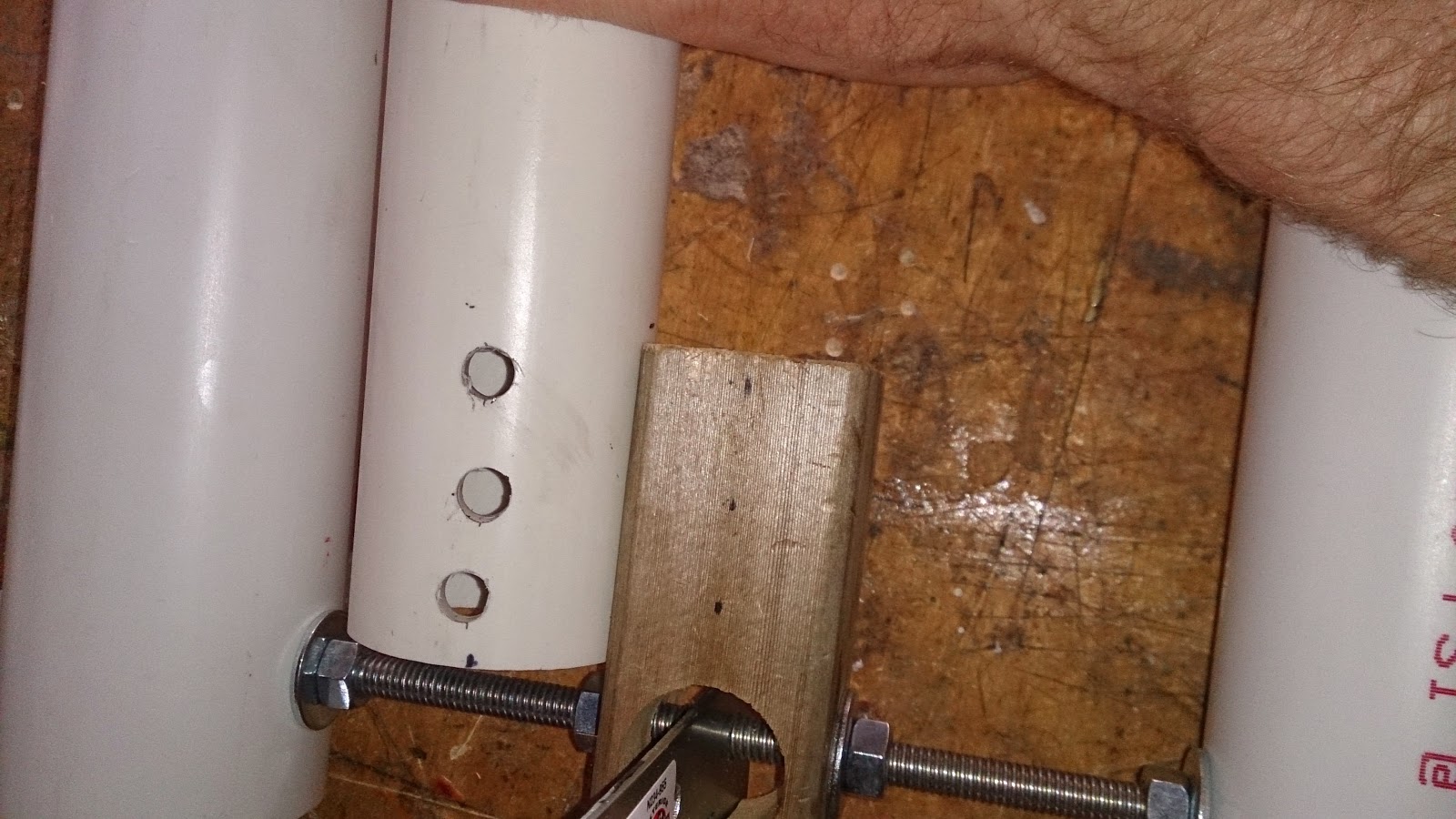 Holes marked on the bottom of the release mechanism 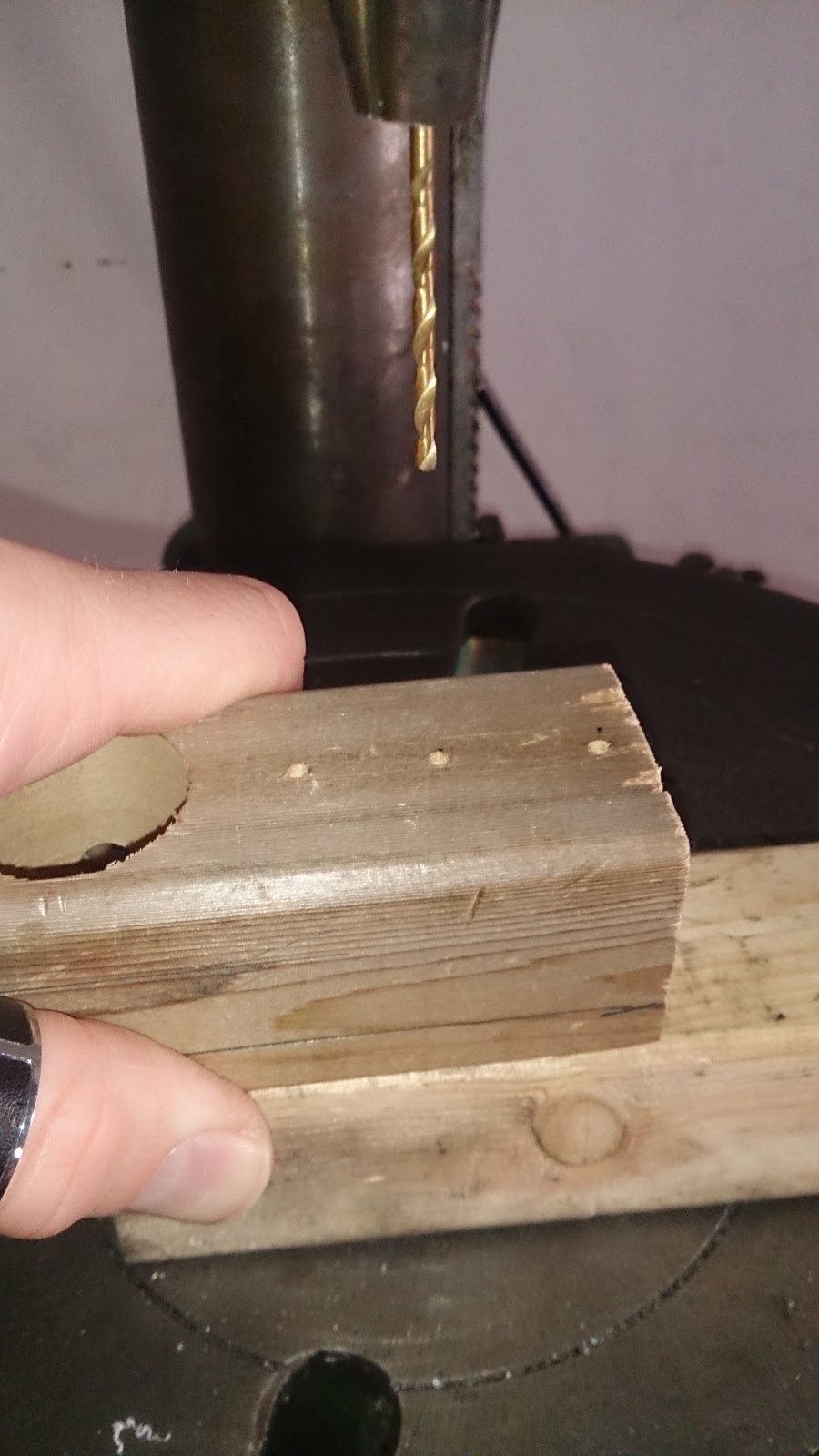 Holes about to be drilled on the release mechanism

The launching was tested several times with success. The hammock may be causing problems at the end of the launch.

Launching a tennis ball. A tape measure would have been smart 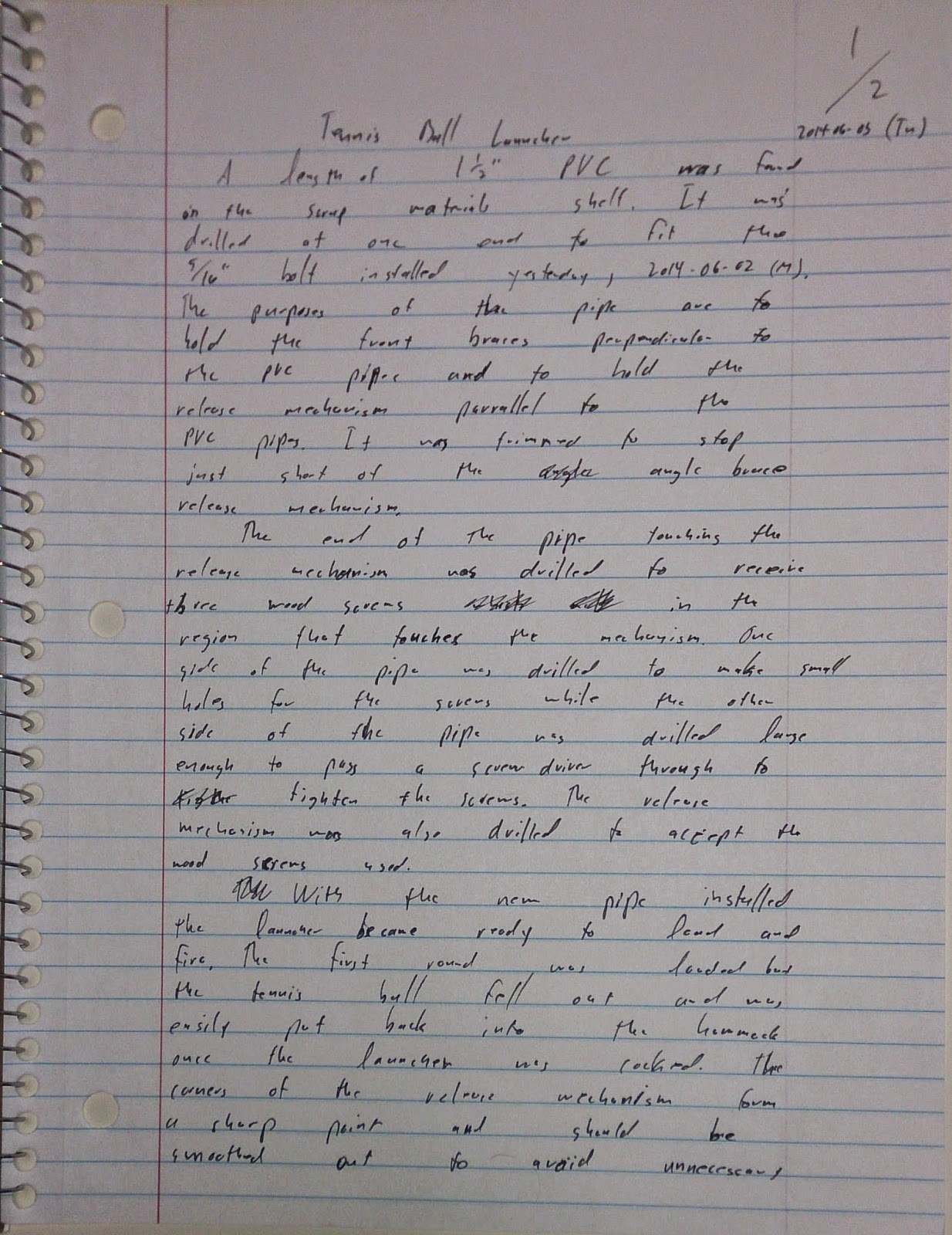 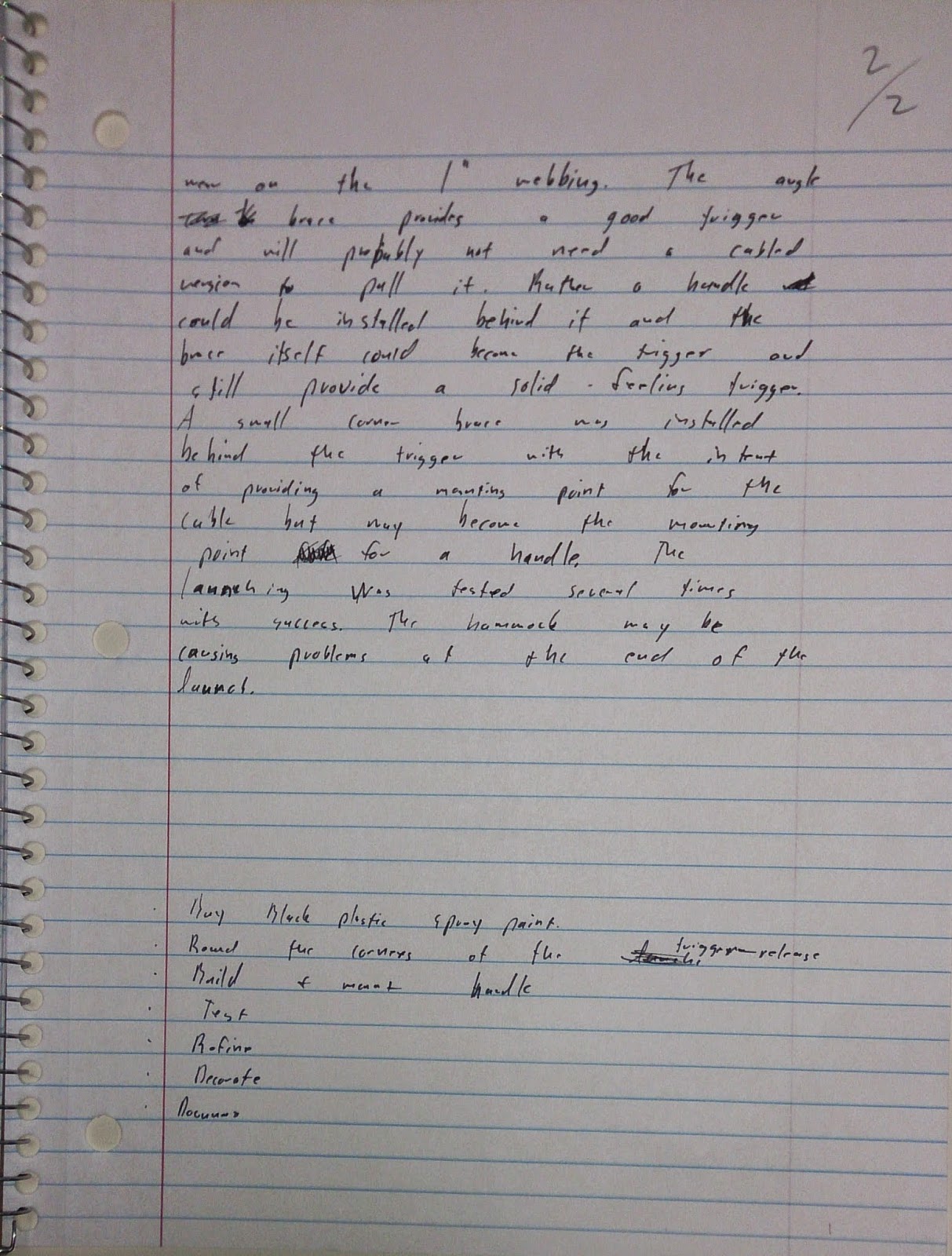