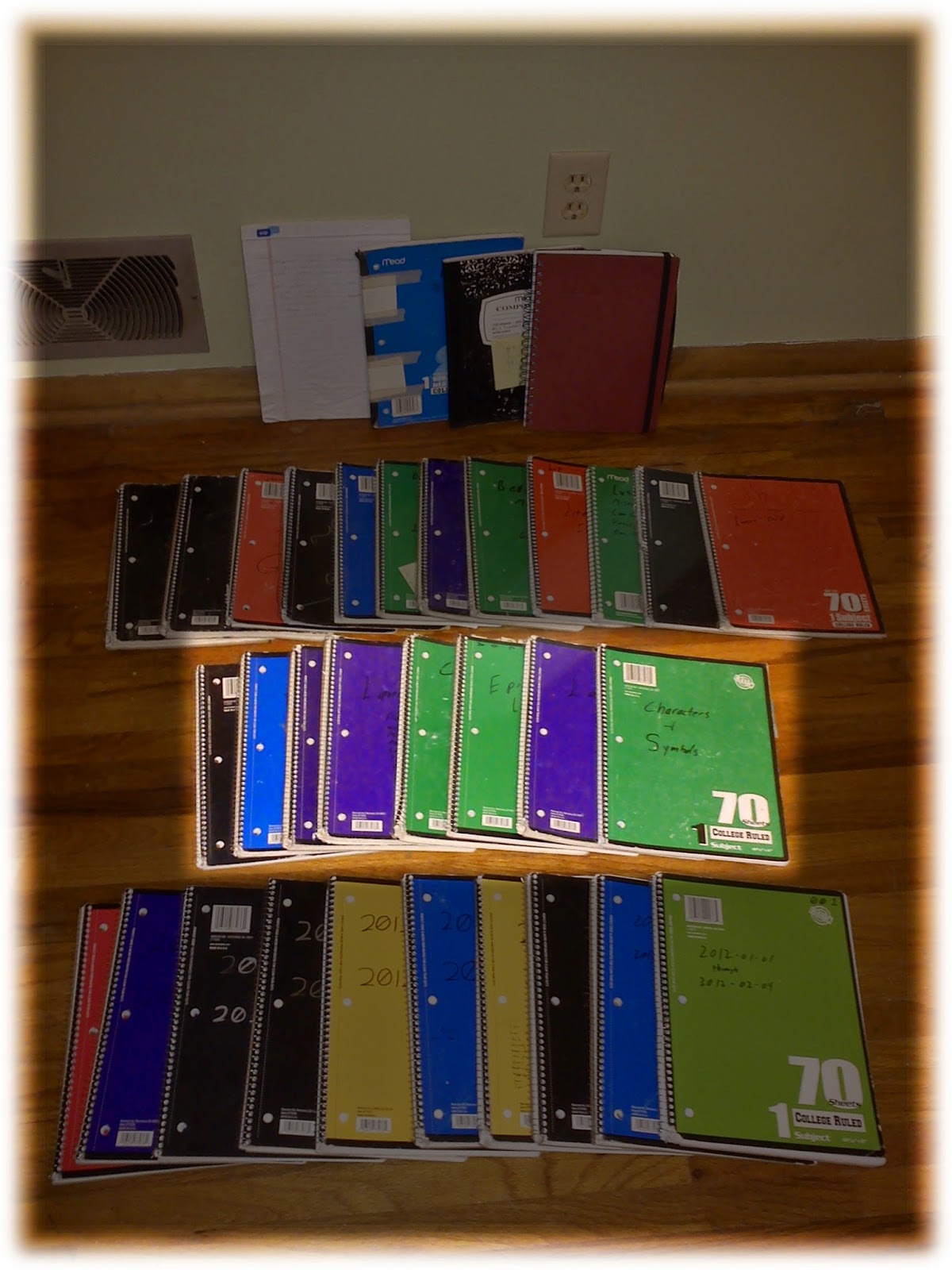 Eight notebooks about a fantasy world

Years ago, I don't know how long, I wanted to write a fantasy novel. I was playing a lot of DnD at the time so it made sense. Here's the thing, I don't write stories that well. I have friends who are storytellers and I appreciate that skill but I have a hard time. On the other hand I can create deep worlds. Making people do stuff in those worlds, not so much.

For years I have been keeping notes and thus far I have amassed eight notebooks filled with their culture and different magical regions. The plot that started this world is no long my favorite because it's too grand. I don't want a story about the war-princess and the enigmatic traveler and how they save her kingdom. What I want to write is a story about the people who live in these kingdoms. Rather than having magical powers themselves they scrape by by being humans in a world of war-princesses and mysterious travelers. This isn't going to be a parody, but rather a character driven story about people who live in a fantastical world. Spoiler, these characters aren't going to become the next queens and lords. They aren't going to save the land from an evil tyrant and be rewarded with a mountain of gold. They aren't going to uncover an ancient artifact that makes them as strong as a dragon. These characters are going to act like regular people.

I've already got the setting and now it's time to try applying the same vigor used on the macro level to the personal level.

An effort to write again was started for two purposes. The first purpose was to have a project which can be done anywhere with minimal equipment. The second purpose is to continue writing so the skill does not deteriorate.

The plot has not been decided and the goal is to write characters cohesive enough that a logical and probably plot becomes apparent. The first character was started using a generic character sheet generated years ago. The character sheet has sixty three fields which are meant to act as a catalyst for delving into a deep history of the character. 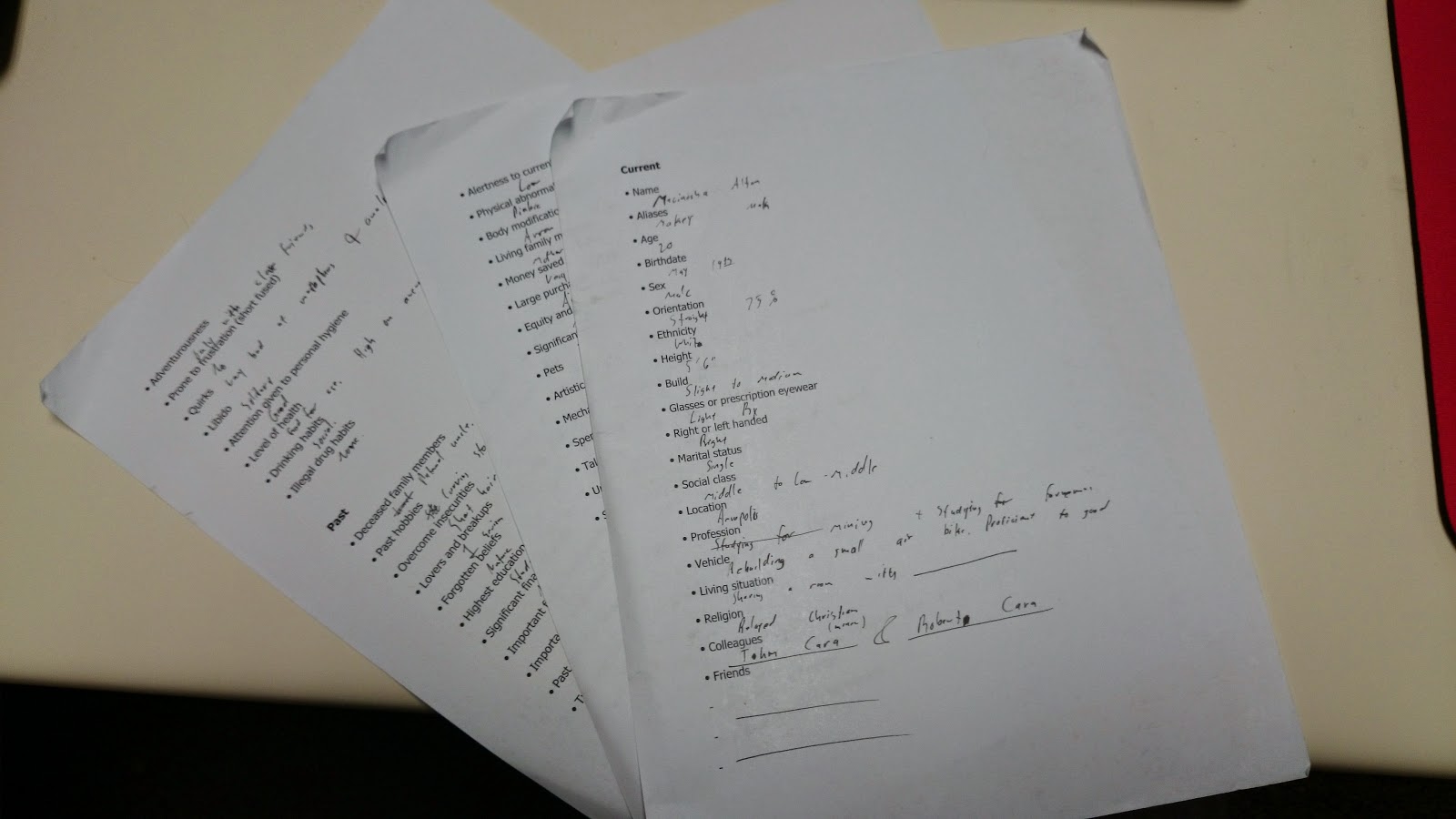