June 29, 2014
There are some things to be said about assuming I learned this weekend. The first is that the assumption that an engineered project won't necessarily outperform a simple project intending to do the same thing. In the tennis ball competition my friend used a slingshot made from nine pieces of 1/2" PVC pipe plus fittings and achieved amazing results. Mine used much larger PVC, metal, heavy duty bungee cords and some wood but didn't fire as far as his. I was a bit crestfallen to see that mine didn't do as well but I learned from it.

The second bit I learned was about assuming that the logical solution was correct and to accept that without diligent testing. When I hooked up the relay for the air pump the first time I made assumption about what the pins were and I was wrong so when I applied power I had problems. It wasn't until I took the entire thing apart and tested it did I find where I went wrong by assuming.

The relay controller the air pump was removed from the circuit because it would not work and caused problems when inserted into the circuit, problems indicating a short in the 5V control side. The relay was tested by applying 5V until the coil was found and then using a continuity tester to establish which pins did what. It was assumed this relay was two Normally Open (NO) switches but testing shows it was a Single Pole Double Throw (SPDT) relay where two pins are tied together as the common terminal. The wires were soldered to appropriate pins and tested before wrapping everything in tape. The test showed that the pump would run when 5V was applied to the coil pins. The exposed pins were accidentally found to be electrified so care must be taken if this project is duplicated. 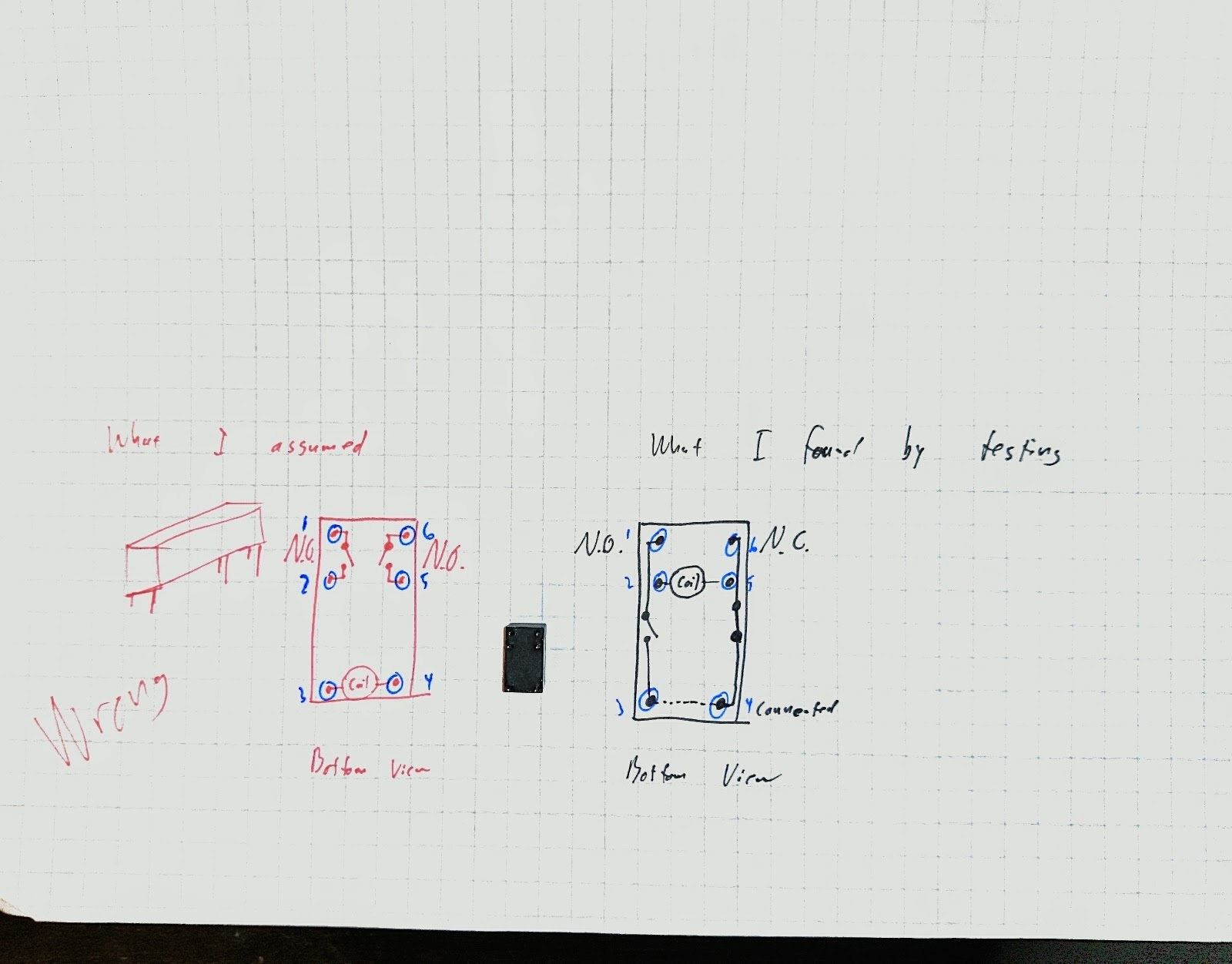 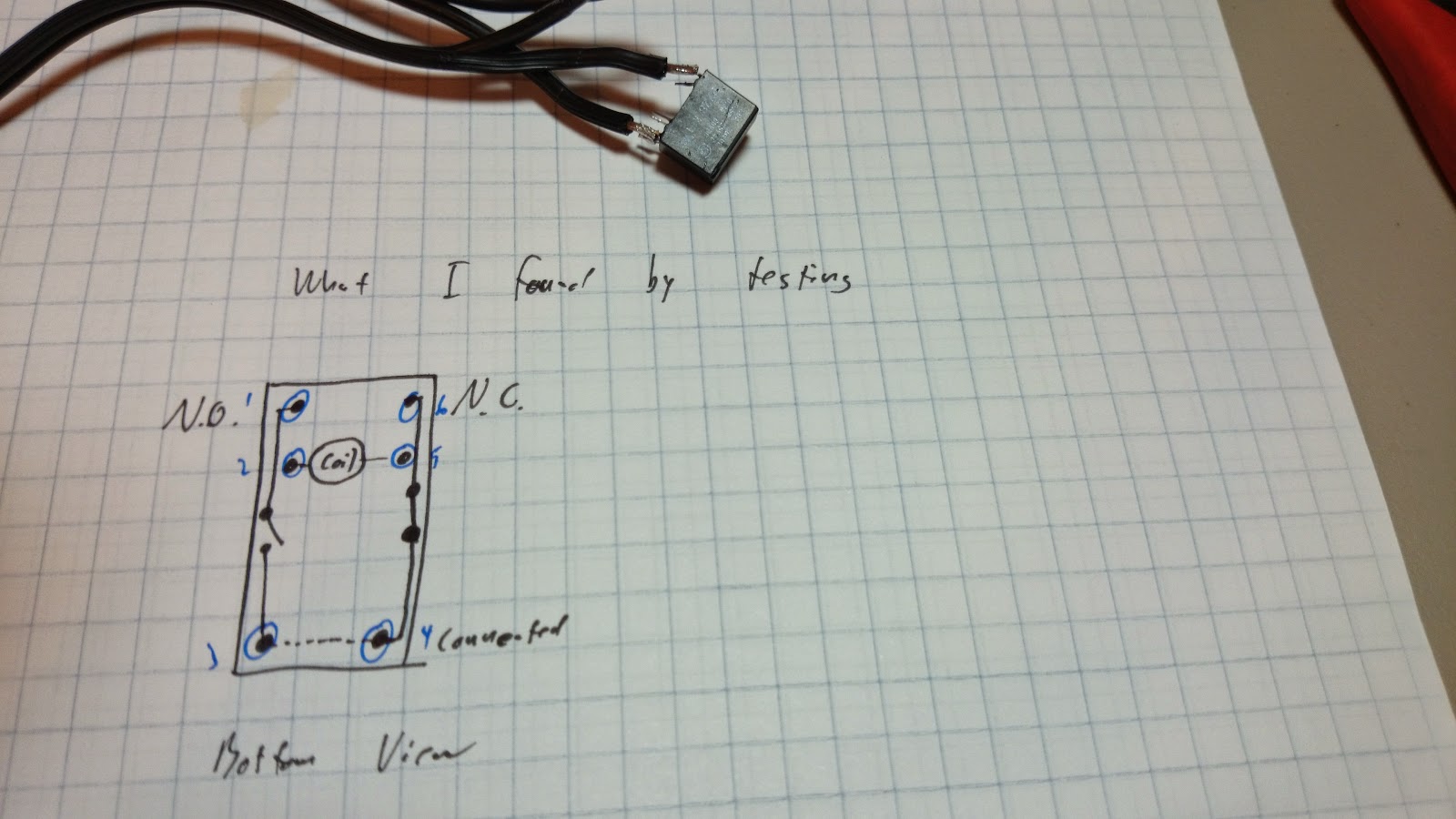 Moving view of relay with wires soldered in place 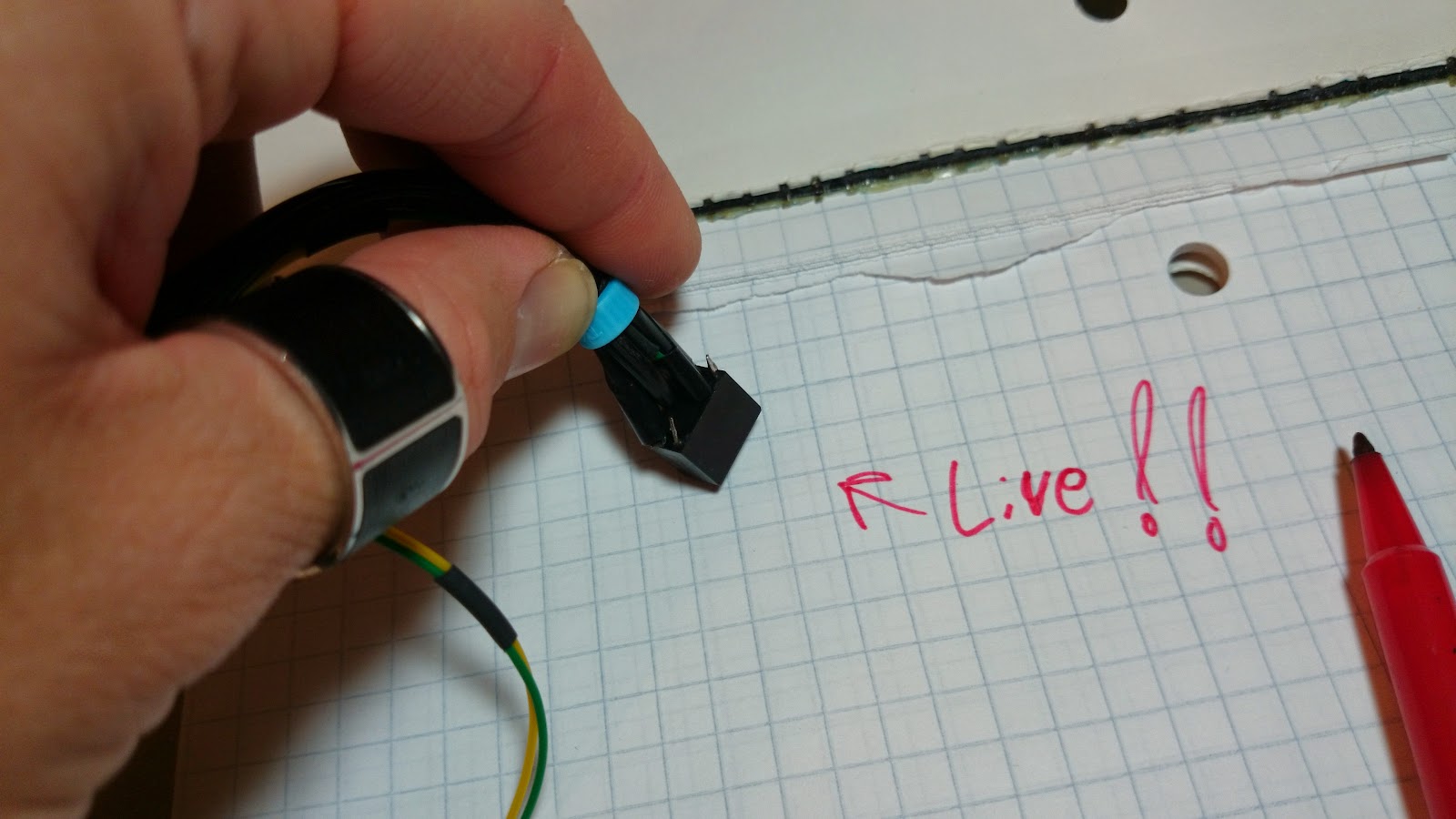 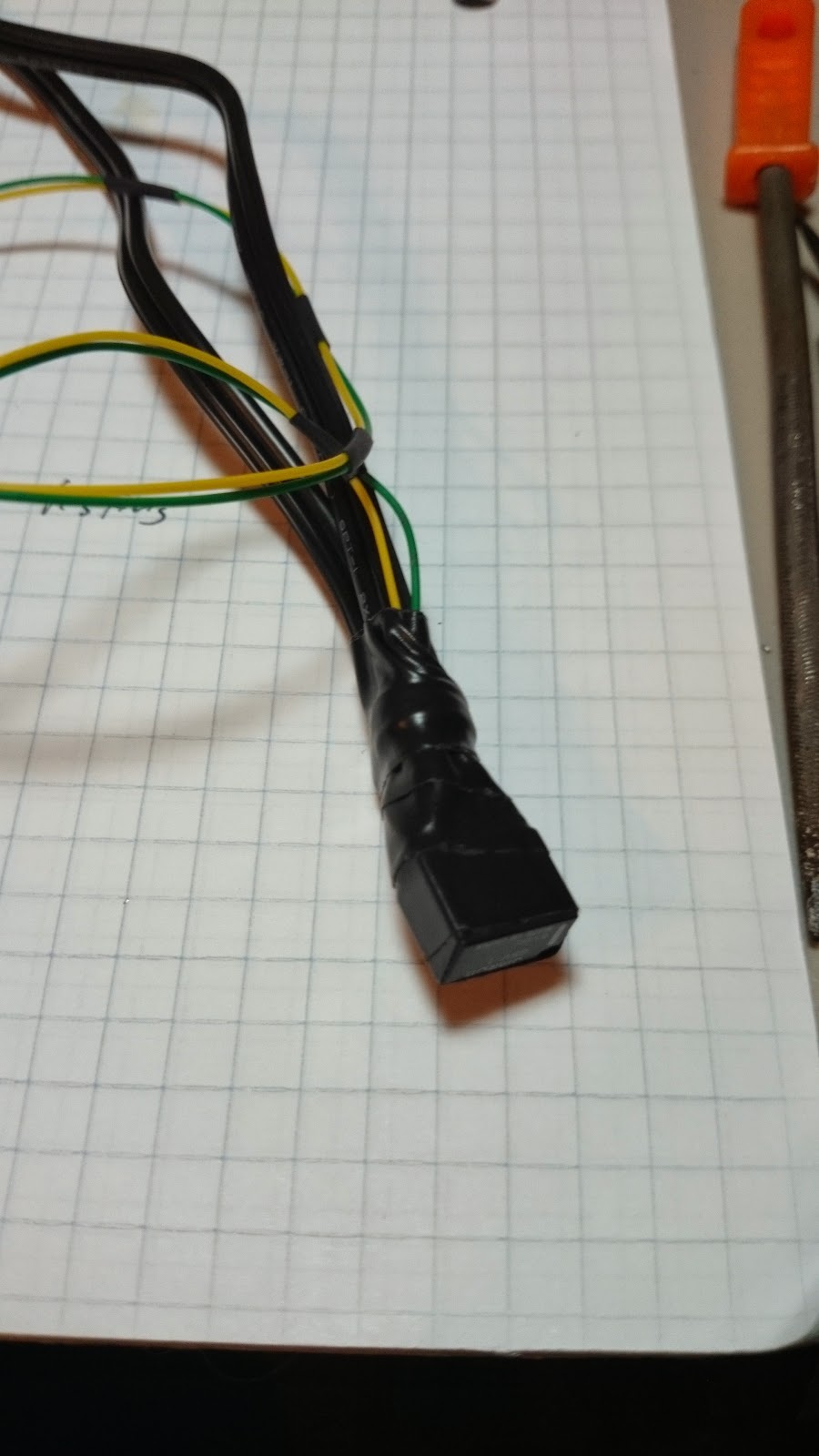 The relay heated wrapped up 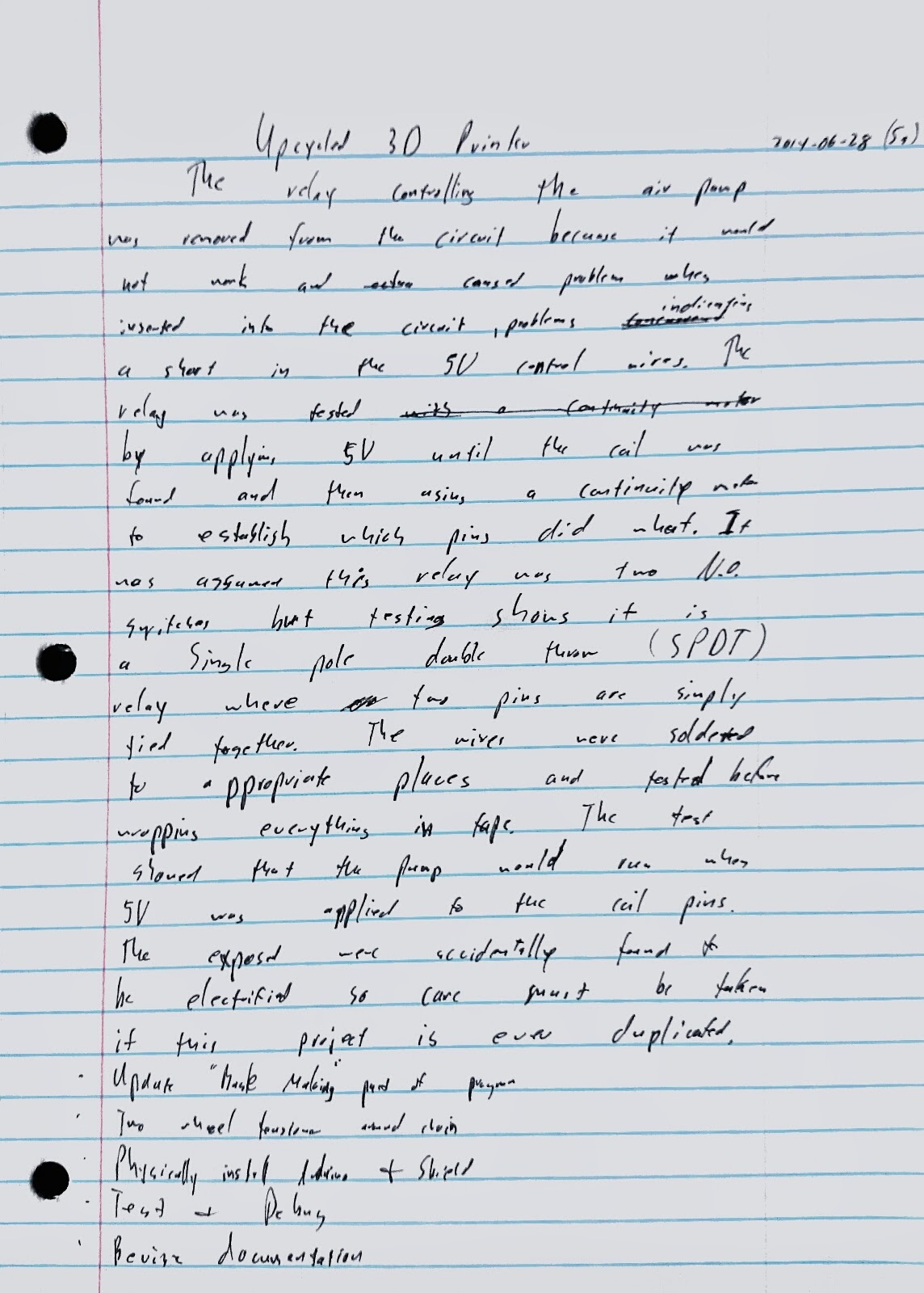