I am not a tattoo artist. I am an engineer. I cannot give you a tattoo. My goal is to improve the tools used by the real artists.

A standard tattoo machine has its speed controlled by varying the voltage. To me it seemed like an archaic way to alter speed for a machine that should have high precision. My idea was to control a tattoo machine with a microcontroller so fluctuations in voltage could be ignored and very precise control could be achieved with inexpensive power supplies.

A year ago I finished work on a tattoo machine controller but I wasn’t happy with the results. The machine was prone to some of the pitfalls of its mechanical nature and I was trying to mechanize it with modern electronics. There was resistance on both sides. Not long ago I had an idea about a compromise that would use modern mechanical parts to smooth the transition with electronic components.

The problem I saw was that I was trying to pull the lever arm of my tattoo machine down at regular intervals. The tattoo machine on the other hand was spring-loaded so it had a natural frequency, like a piano string, which didn’t always line up with the frequency I was forcing. When the two refused to jive I got some unpredictable results. The answer was to put a dashpot on the arm of the tattoo machine. This dampening device cushions the return of the lever arm which reduces the effect of the natural frequency. At least that’s what I’m hoping.

A dashpot was sent as a sample from Airpot. After speaking with a mechanical engineer several cable clamps were purchased to find one which would hold, but not crush, the dashpot. 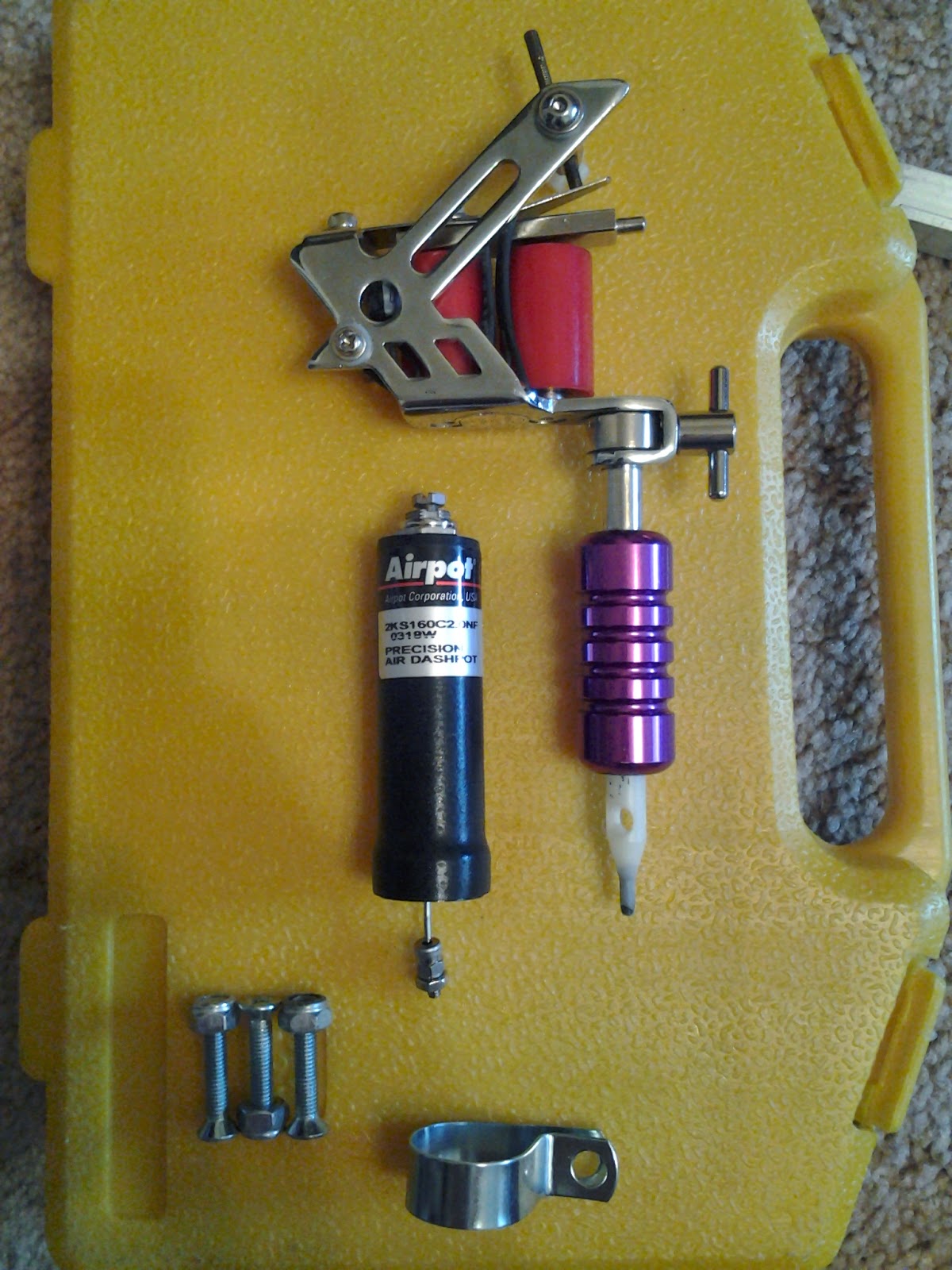 
The tattoo machine was partially disassembled to make room for a new bracket. The upper electrical contactor was removed. Due to the control nature of this project it is not necessary. Since it is not used this also reduces sparking which means less consumable parts for the tattoo machine. The contact plate for the lever arm was also removed. This pieces shows visible pitting from use. Measurements were taken for a bracket to go on the existing arm in order to extend it for the attachment of a dashpot. The tattoo machine arm had usable holes which were able to fit #10 bolts. The bracket was also marked to receive those bolts. 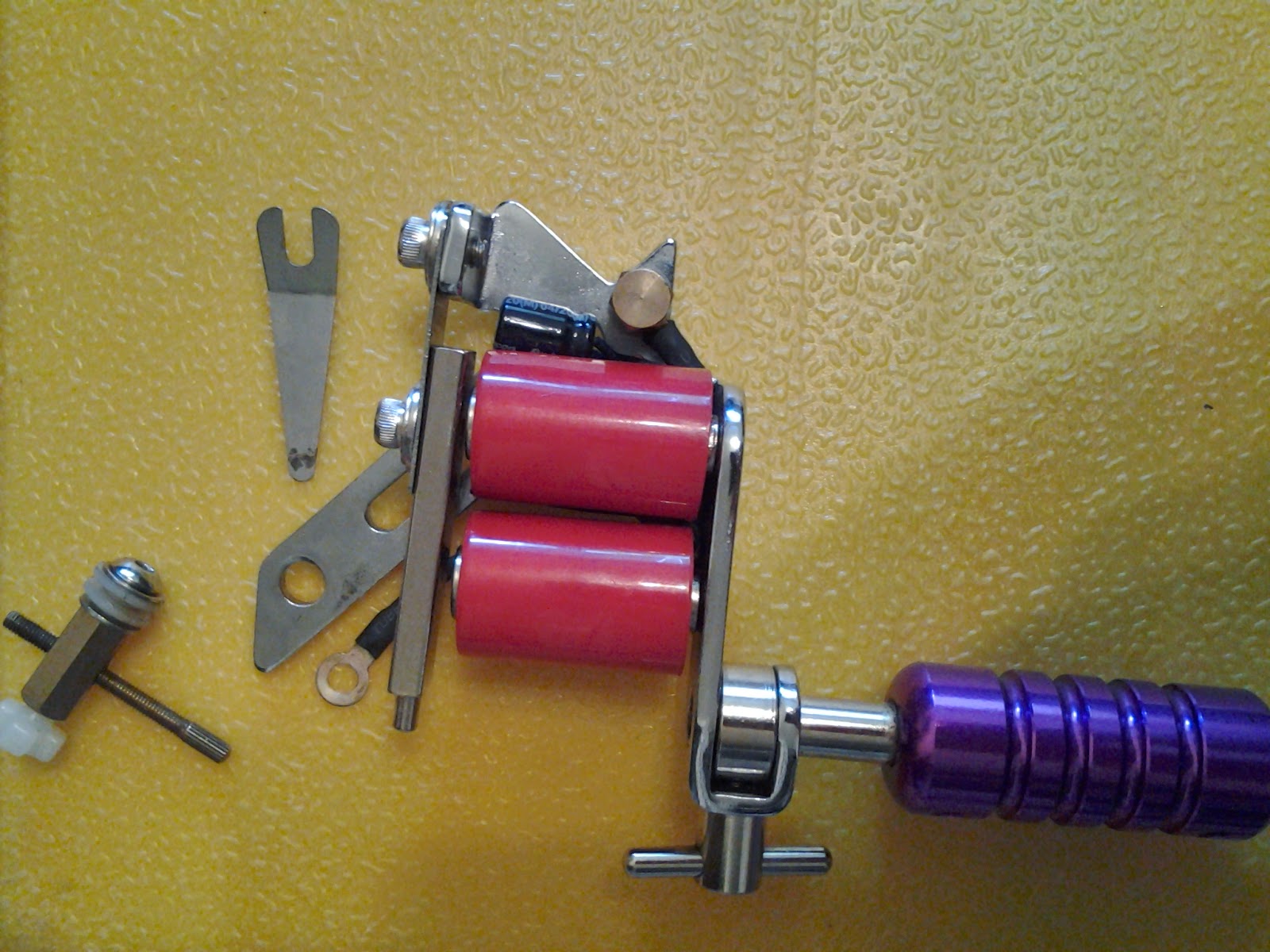 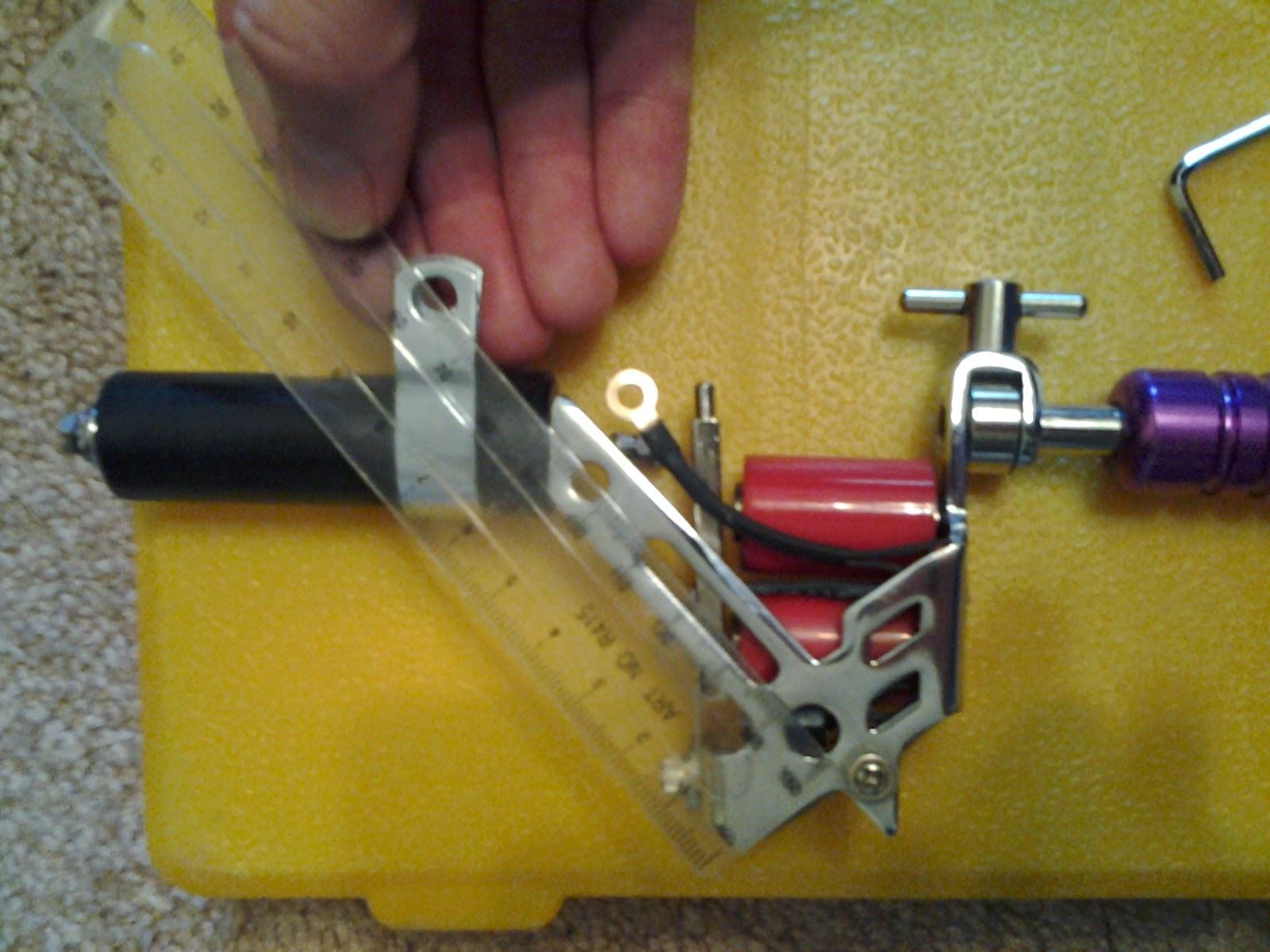 Measuring for a new bracket 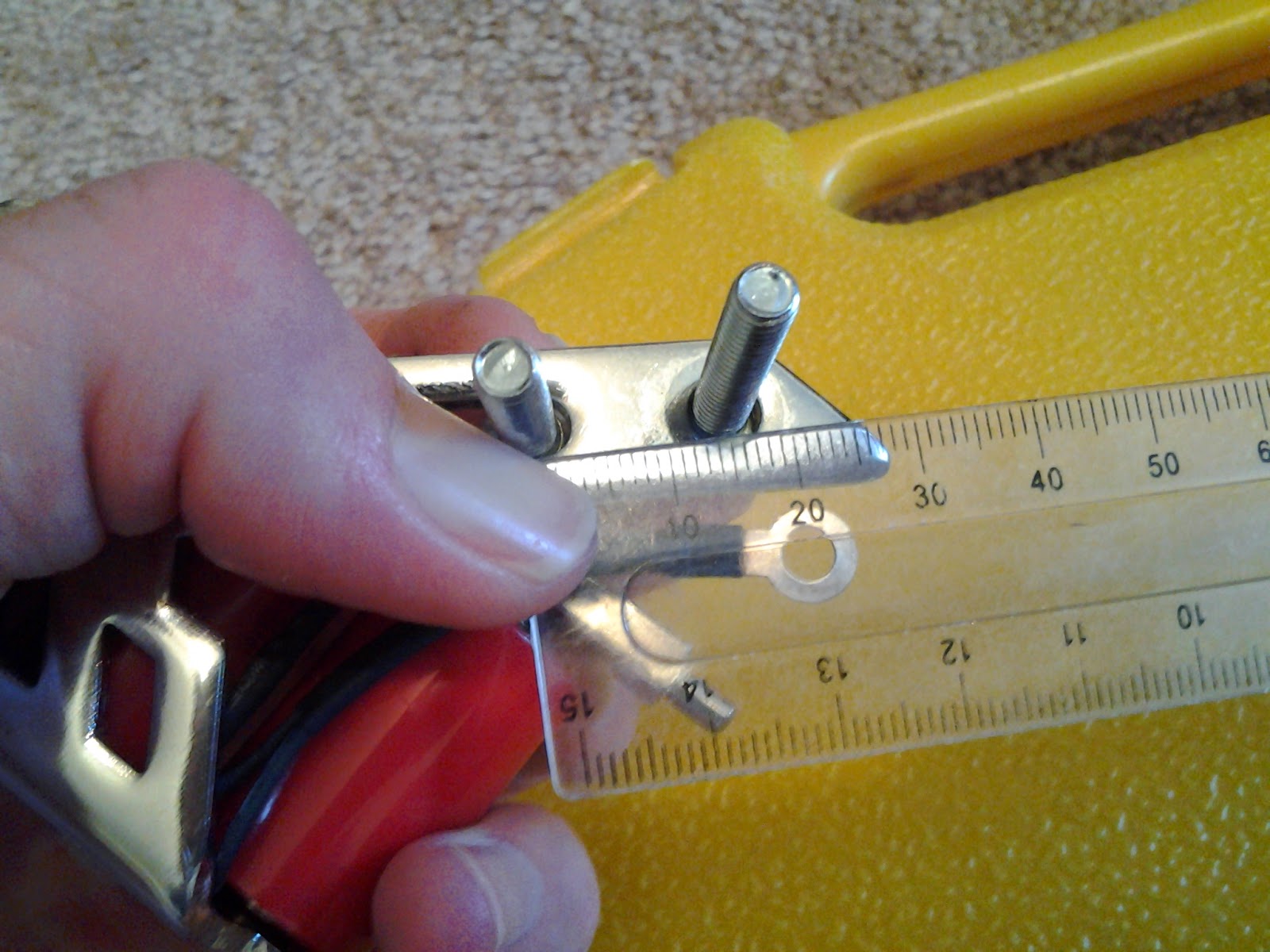 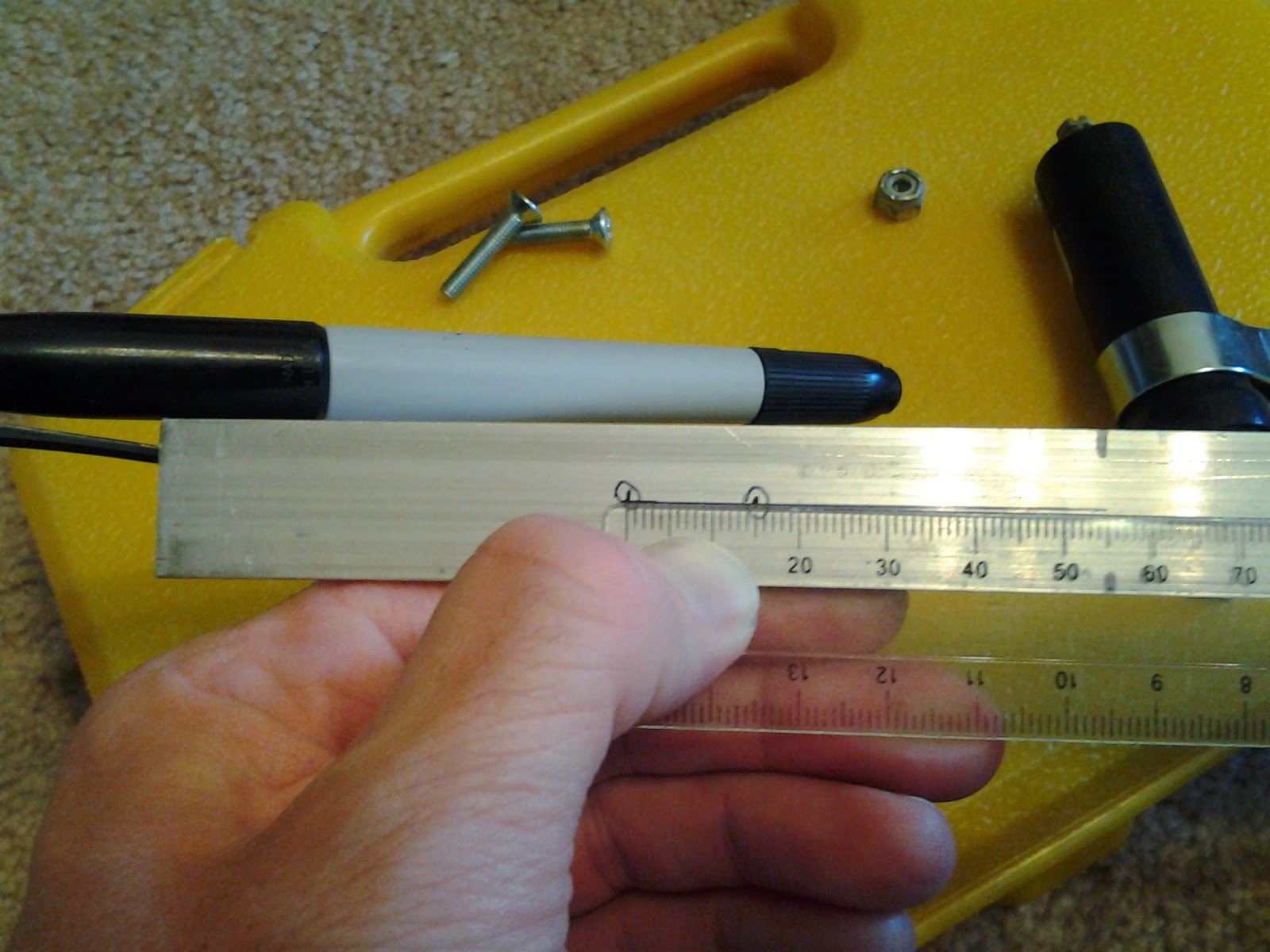 ¾” angle Al was chosen for the new bracket. Al was cut to length on a horizontal band saw then the ends were smoothed on a belt sander. The receiving holes were piloted then drilled with a 3/16” bit. The new bolt locations on the tattoo machine were countersunk. The bracket was attached to test for spacing. 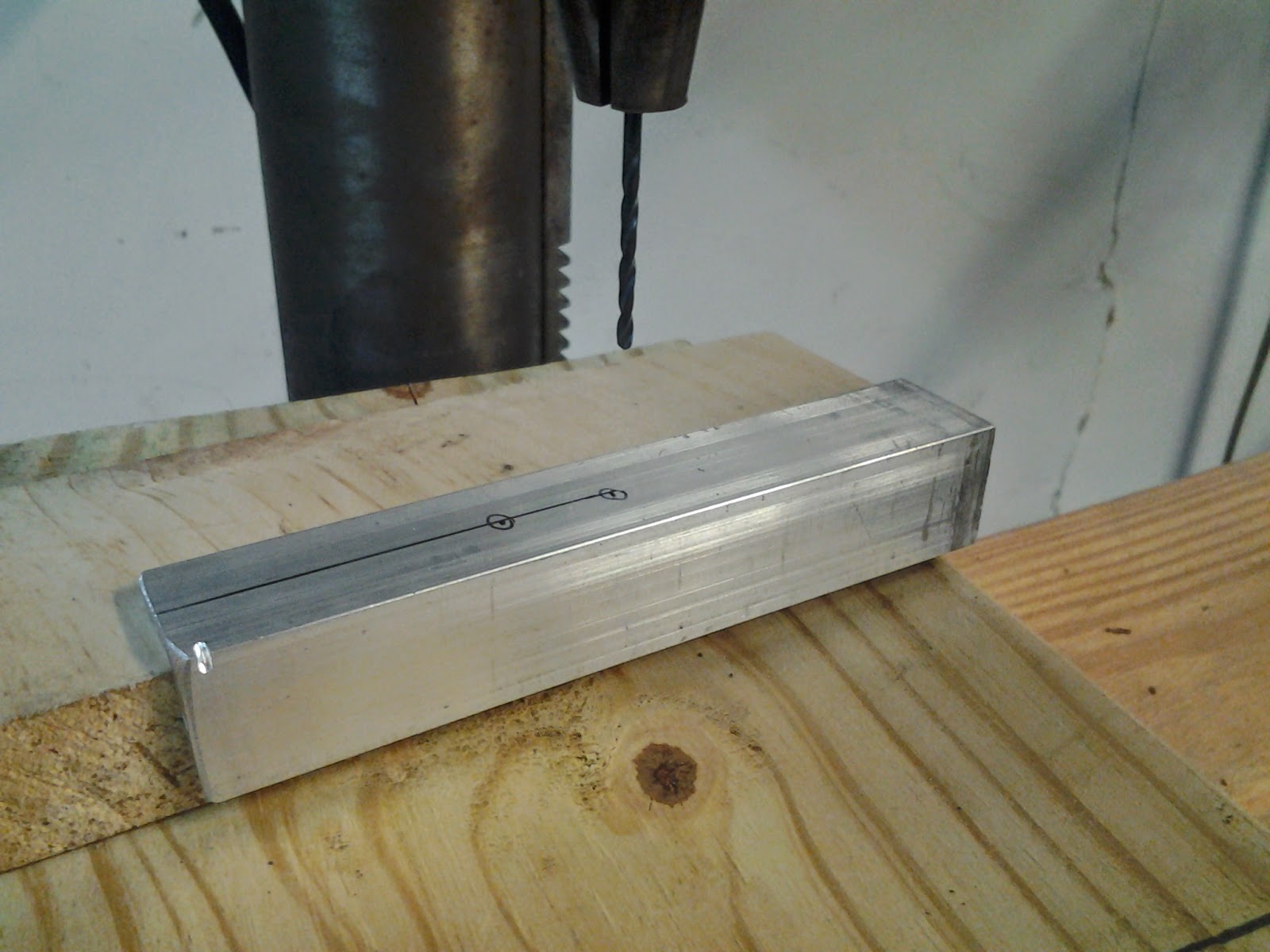 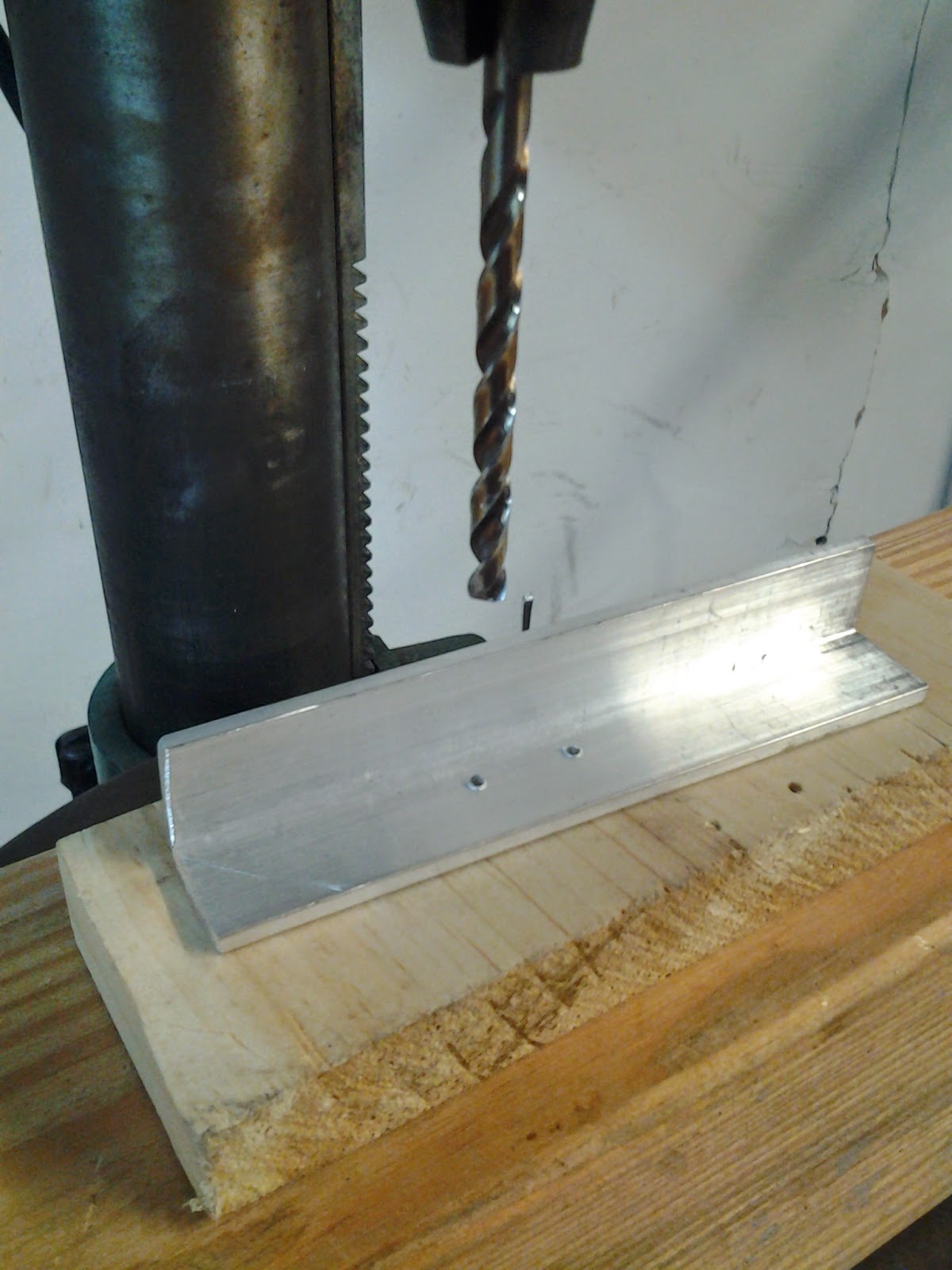 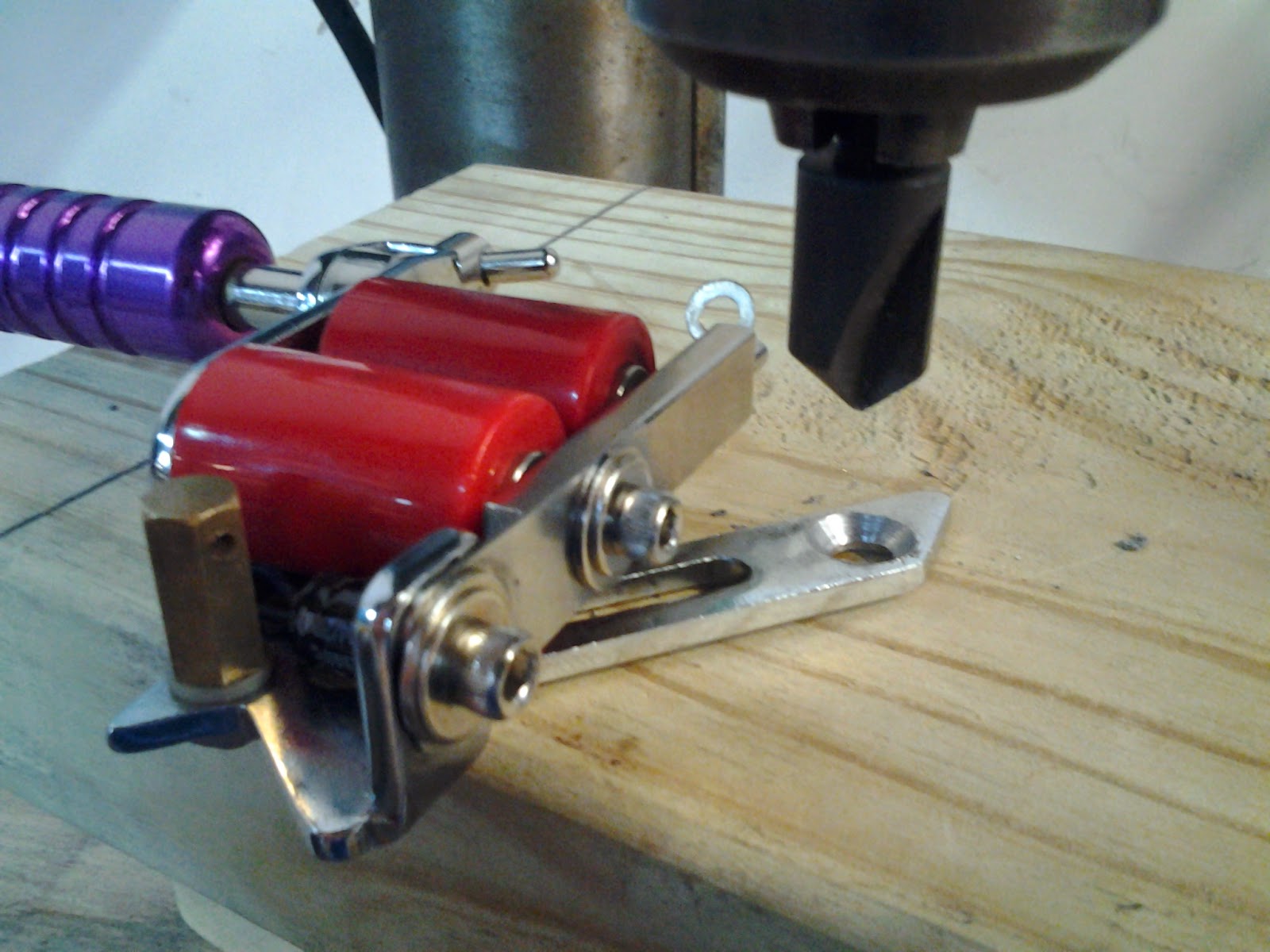 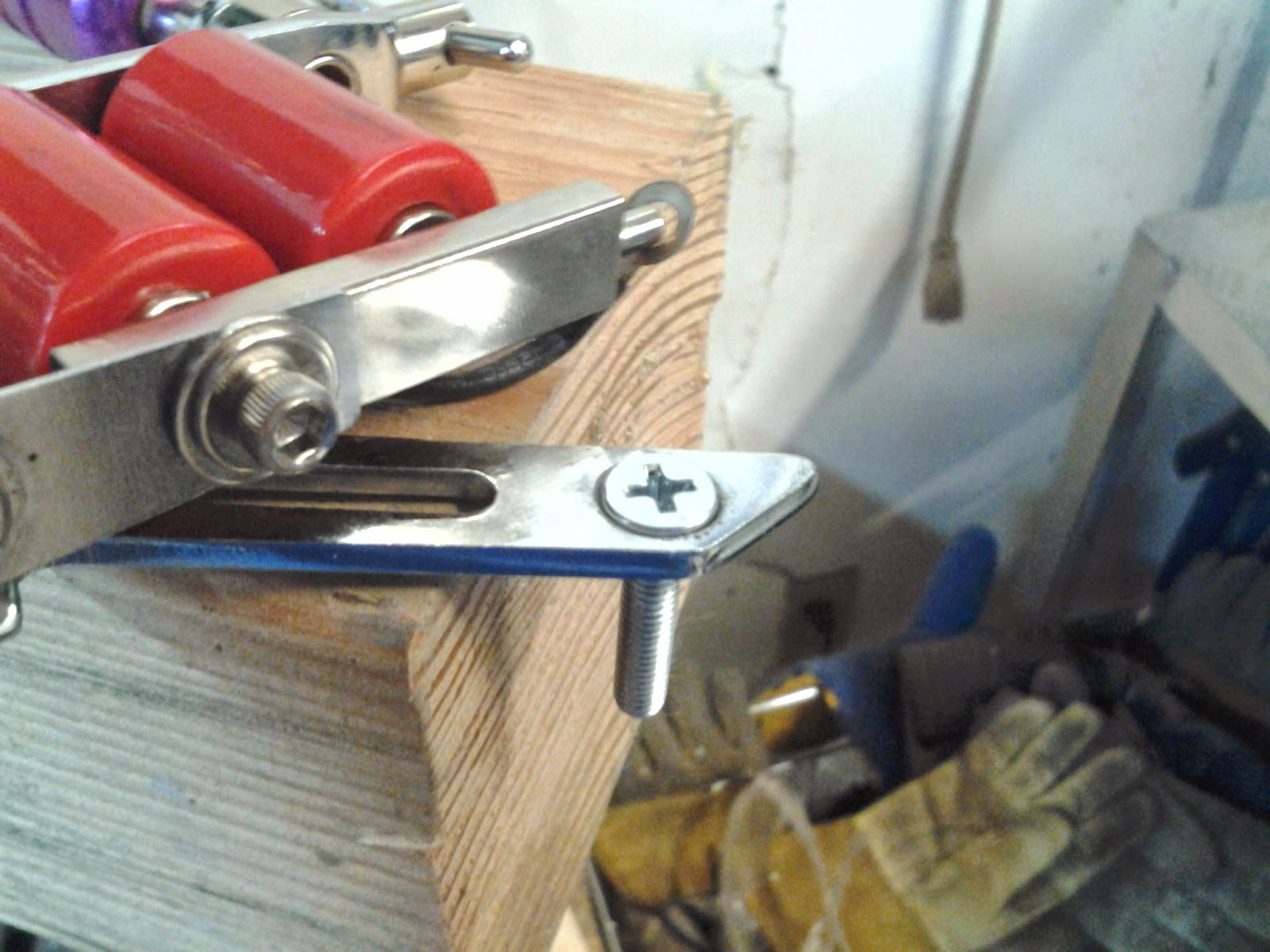 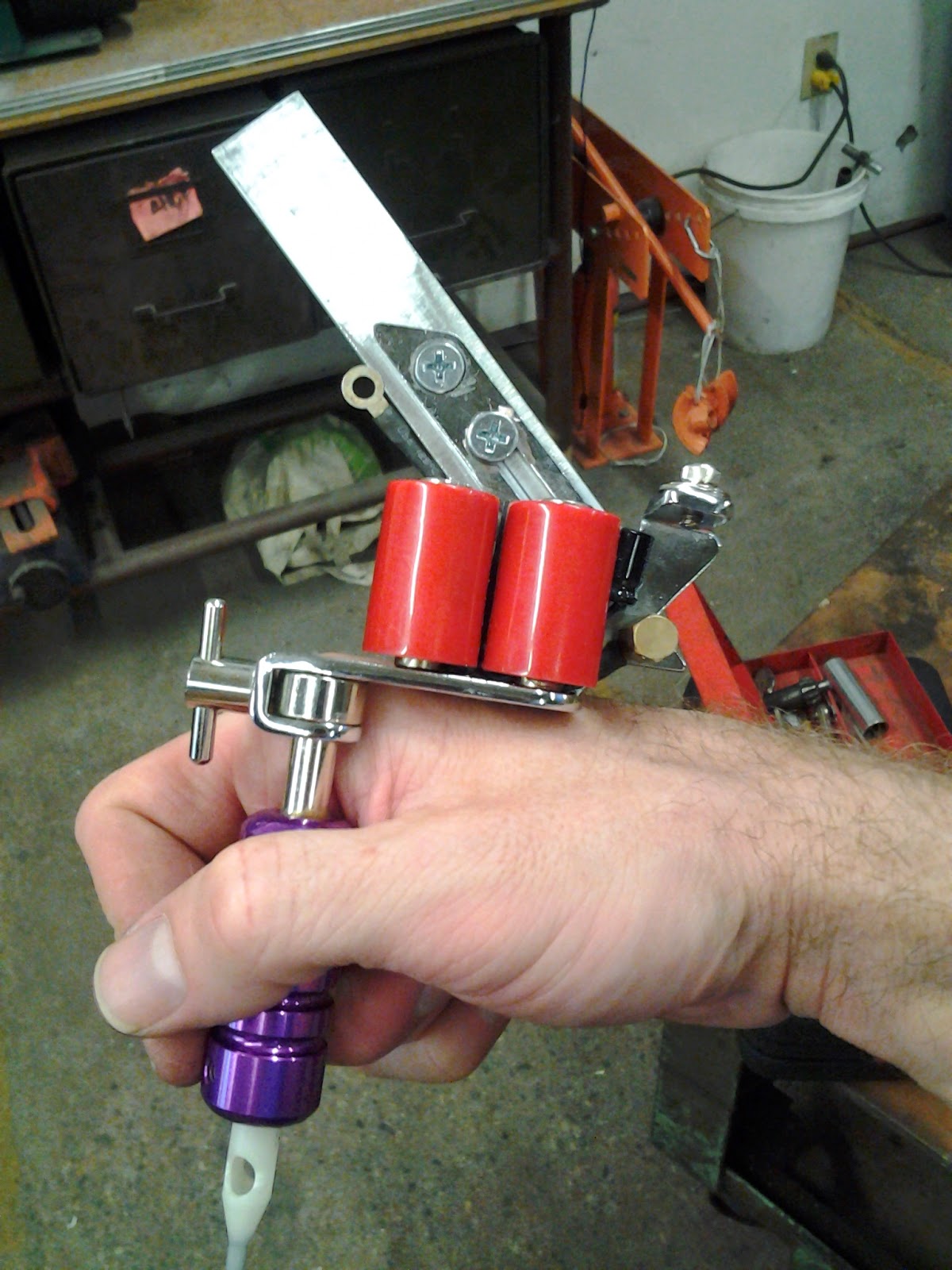 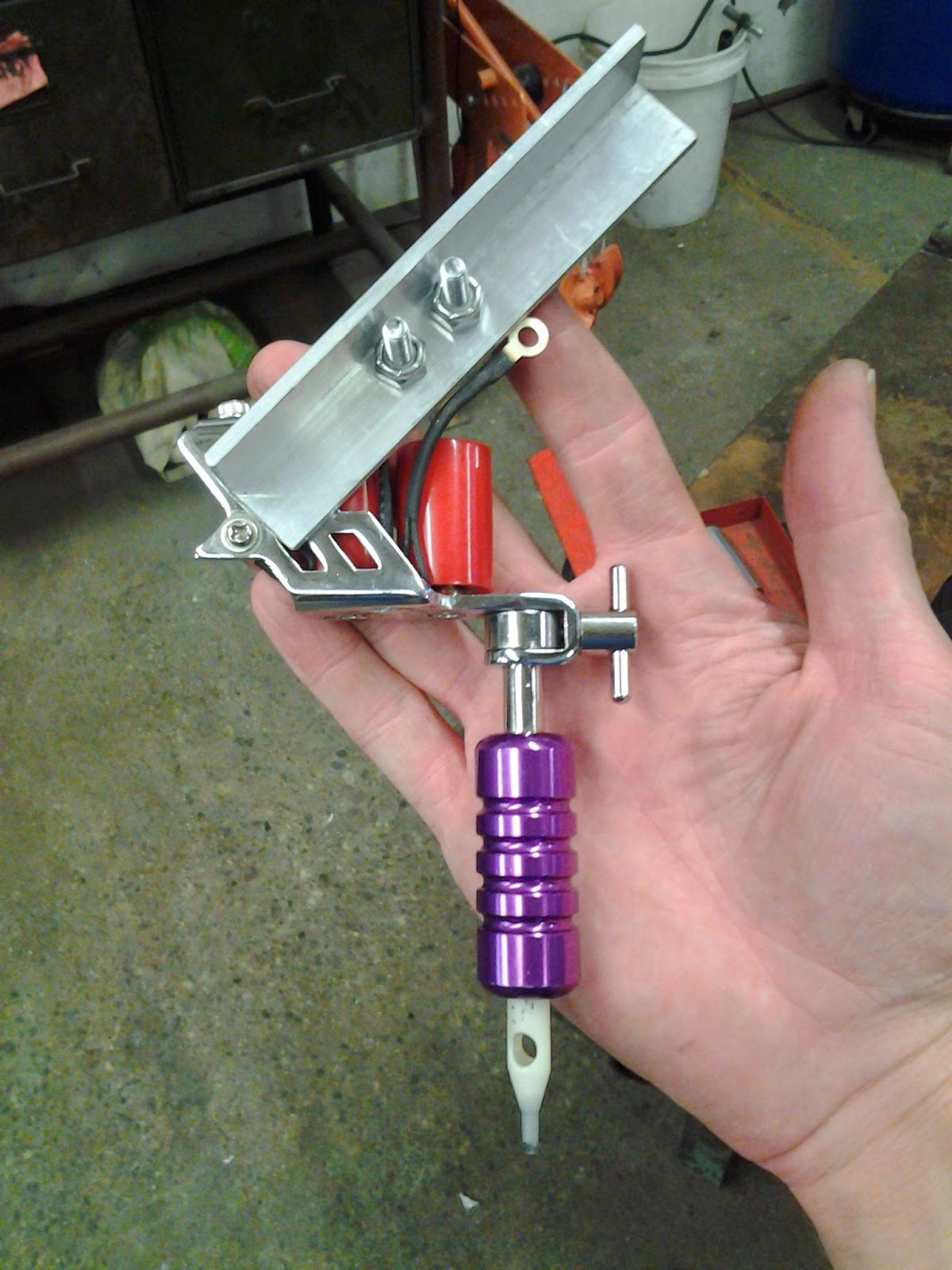 Other side of tattoo machine

The dashpot was held in place by hand over the tattoo machine to line up the hole placement. Another hole was piloted and drilled to 3/16” for the cable holder. 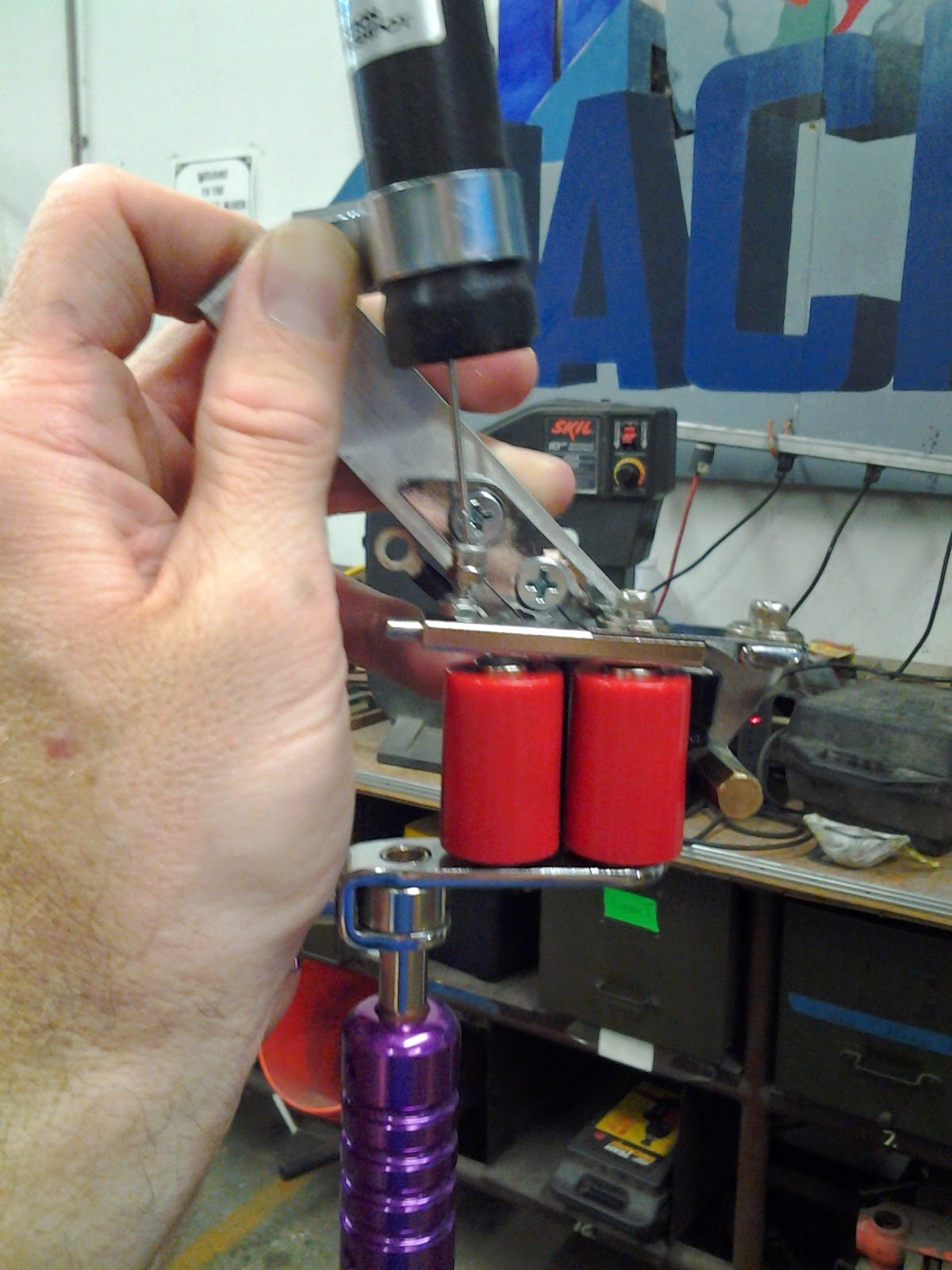 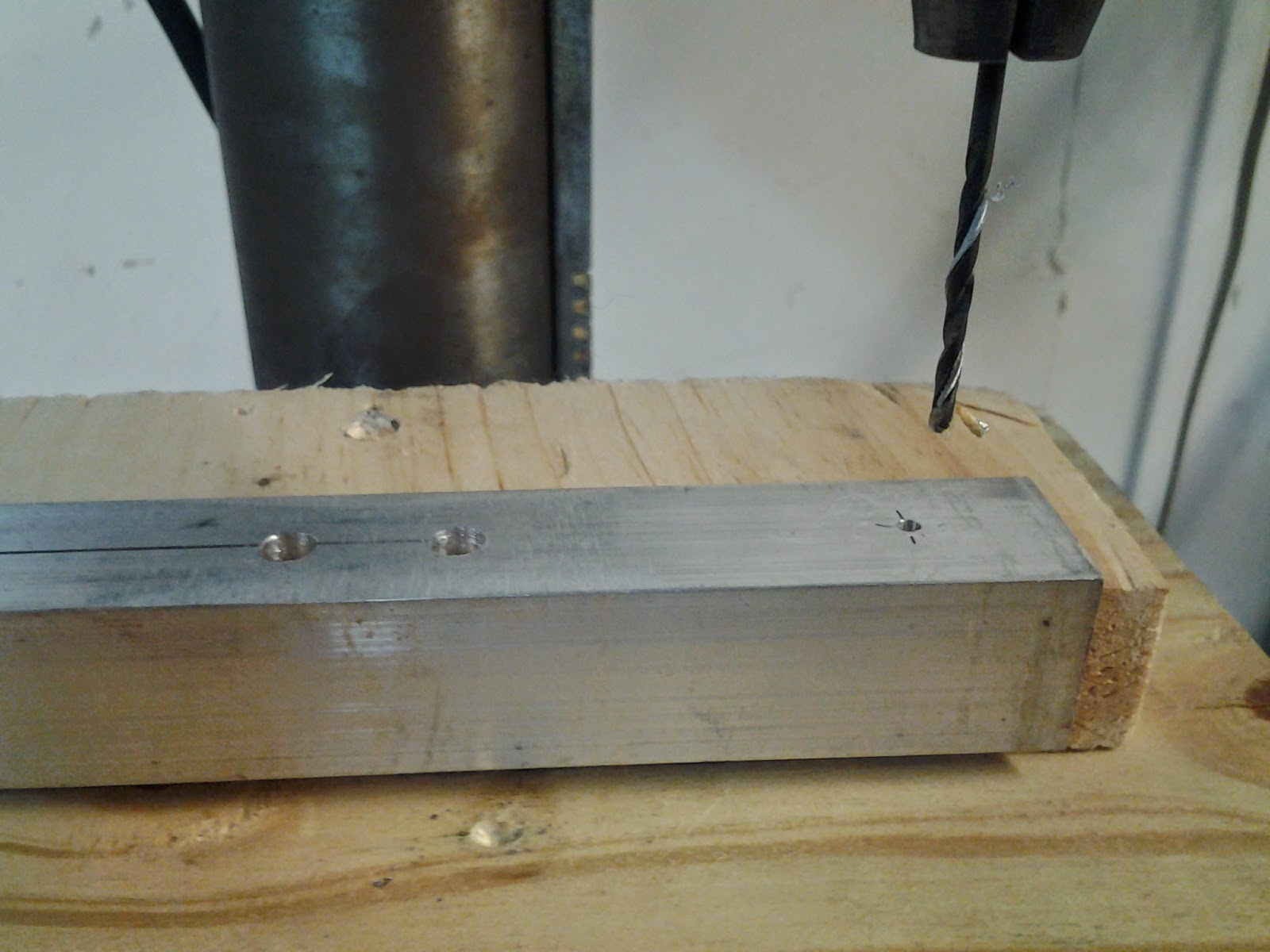 Drilling hole to attach dashpot
To do: 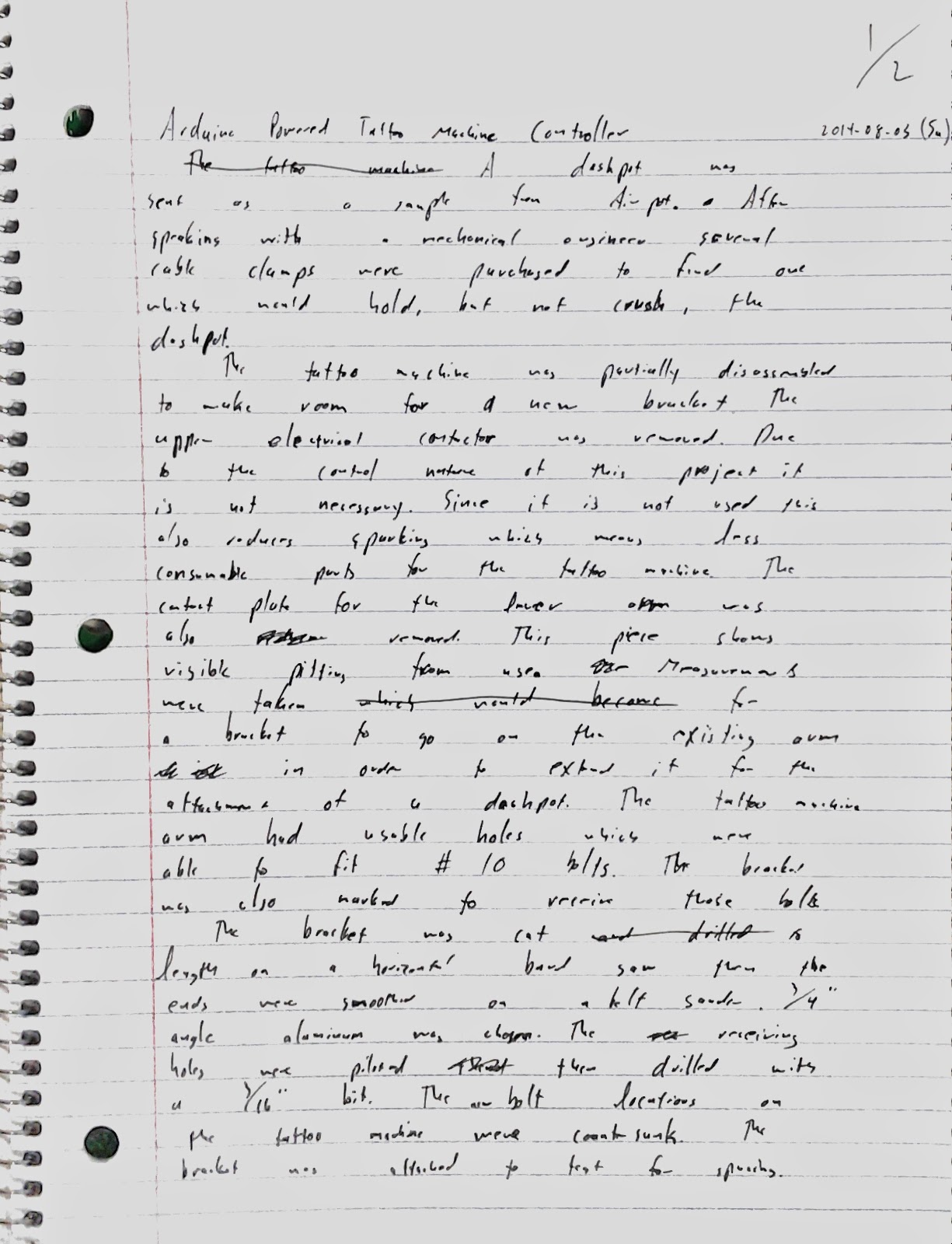 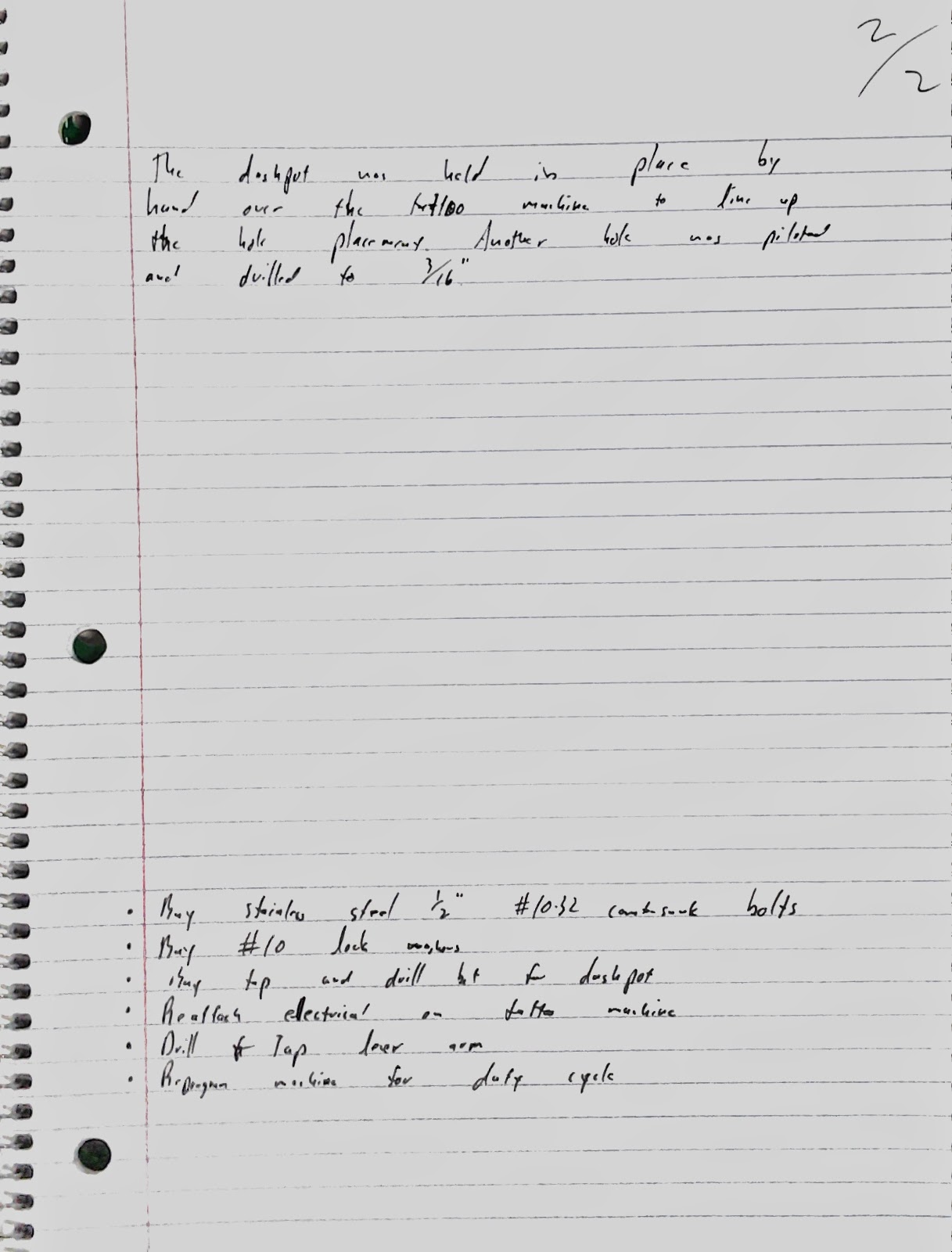 
This blog, including pictures and text, is copyright to Brian McEvoy.