Virtual reality visors are becoming more accessible and the Google Cardboard is proof that it doesn’t require fancy equipment to get the job done. Google Cardboard gives users a taste of what is possible with Virtual reality by providing a stereoscopic view of a phone. The official Cardboard App runs on Android phones. The viewer can work on any lit image placed in the contraption so it will work on a split screen iPhone app.

The accelerometer in the phone allows the user to look around in any direction. It’s a pretty good primer but doesn’t compare to the hardware of an Oculus Rift. The Cardboard doesn’t come standard with a head strap and it is expected that the Cardboard is to be held to the face like a View-Master. The trigger on the left side, a ring magnet, is reminiscent of the View-Master as well.

3D Images are fascinating to me so I wanted to make the experience even more accessible. The lenses I ordered were biconvex glass lenses with a 25mm diameter and a 45mm focal length. They should be the same ones used in Google Cardboard if you search on eBay.

Since this project used my phone as the screens and CPU I could not simultaneously use it for taking pictures. Instead I used a point-and-shoot digital camera for the photography which I kind of miss using. They are lower resolution pictures and they had to be transferred from a memory card but I could adjust all my settings manually and receive text messages without interruption. Perhaps I could invest in a better camera for this blog. Perhaps.

Another fun note, if you use a stereoscopic viewer on the spot-the-difference games which are side-by-side you can solve the puzzle in almost no time. Or cross your eyes until the images line up and all the differences will become apparent. 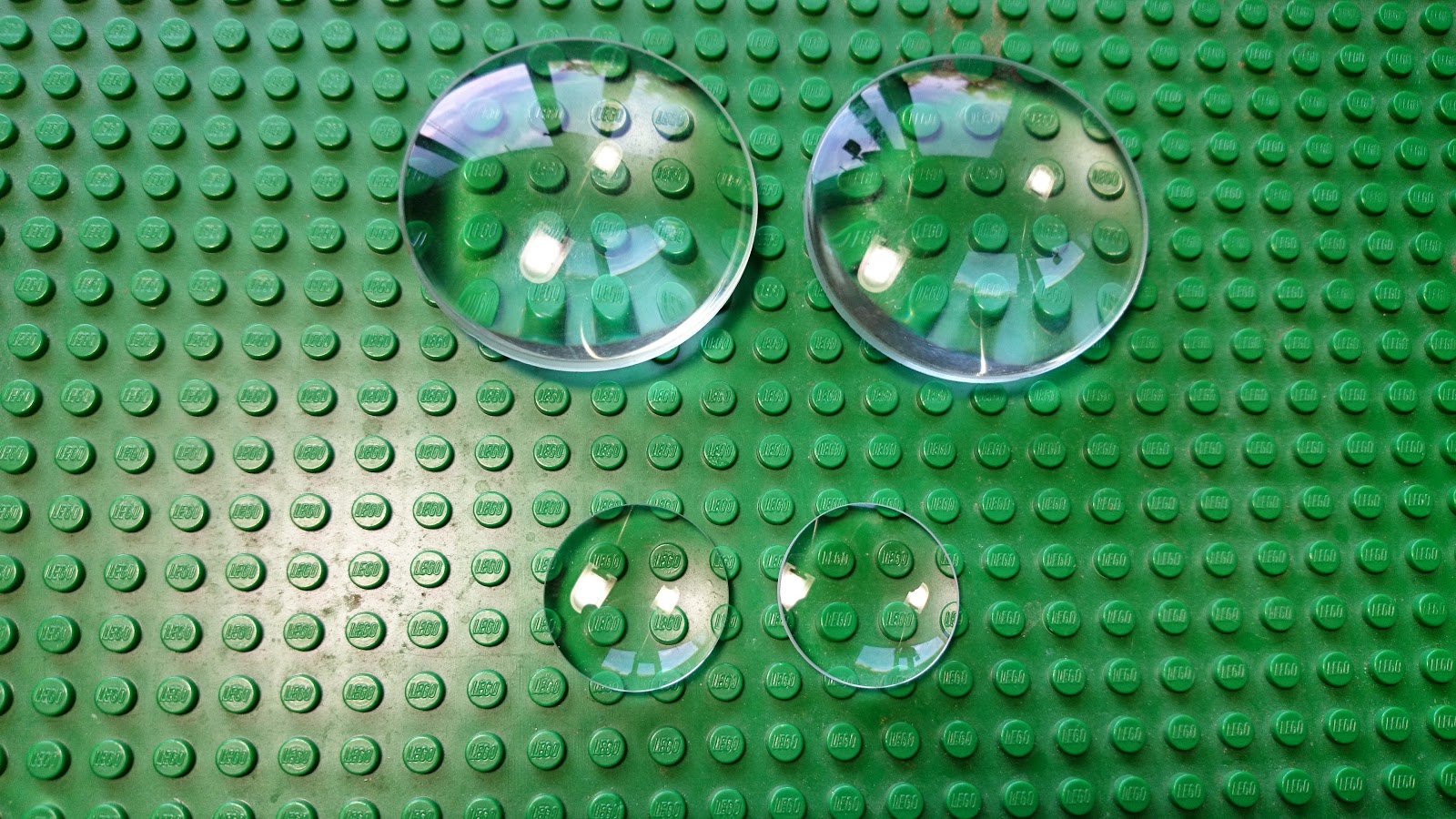 Spacing between the lenses was approximated by comparing to an imitation Google Cardboard and adjusting for the building blocks. The pieces selected were all among the basic shapes as often as possible. Once a lens-holding plane was established a base was build up to hold the plane off the phone surface but remain parallel to the phone’s screen. Once an ideal height was found structure was added to hold the phone in place. 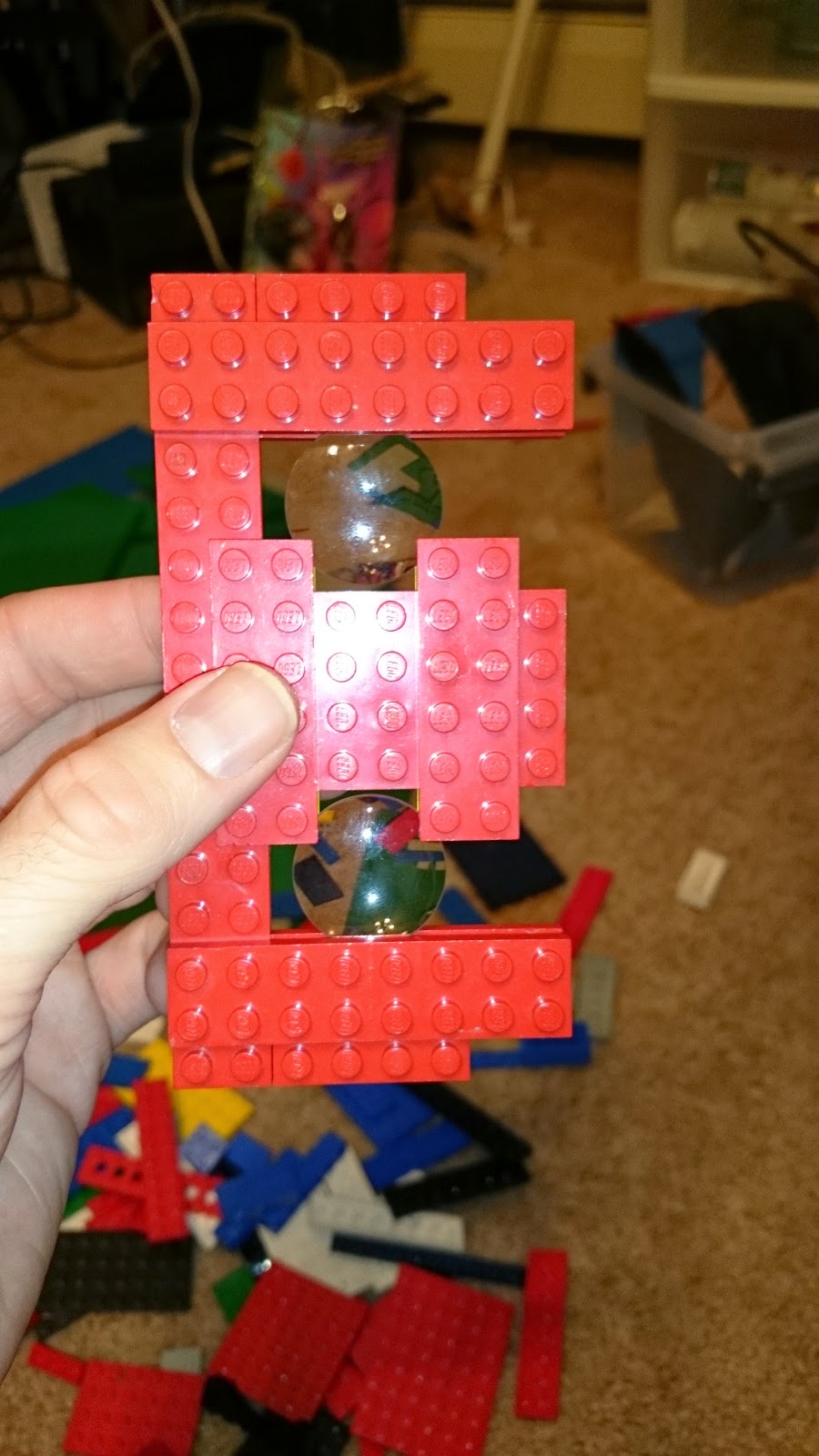 Correct spacing and for lenses 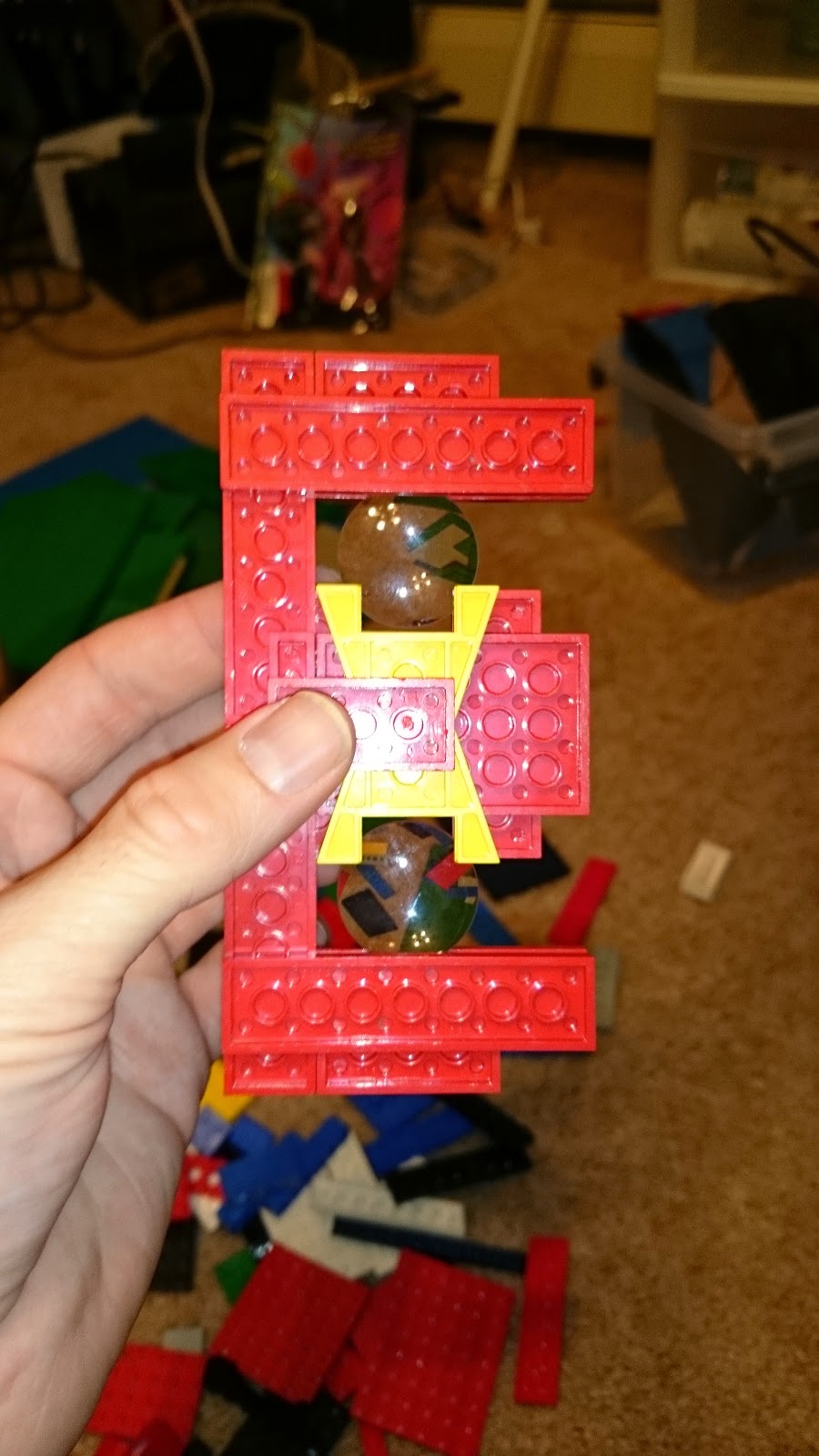 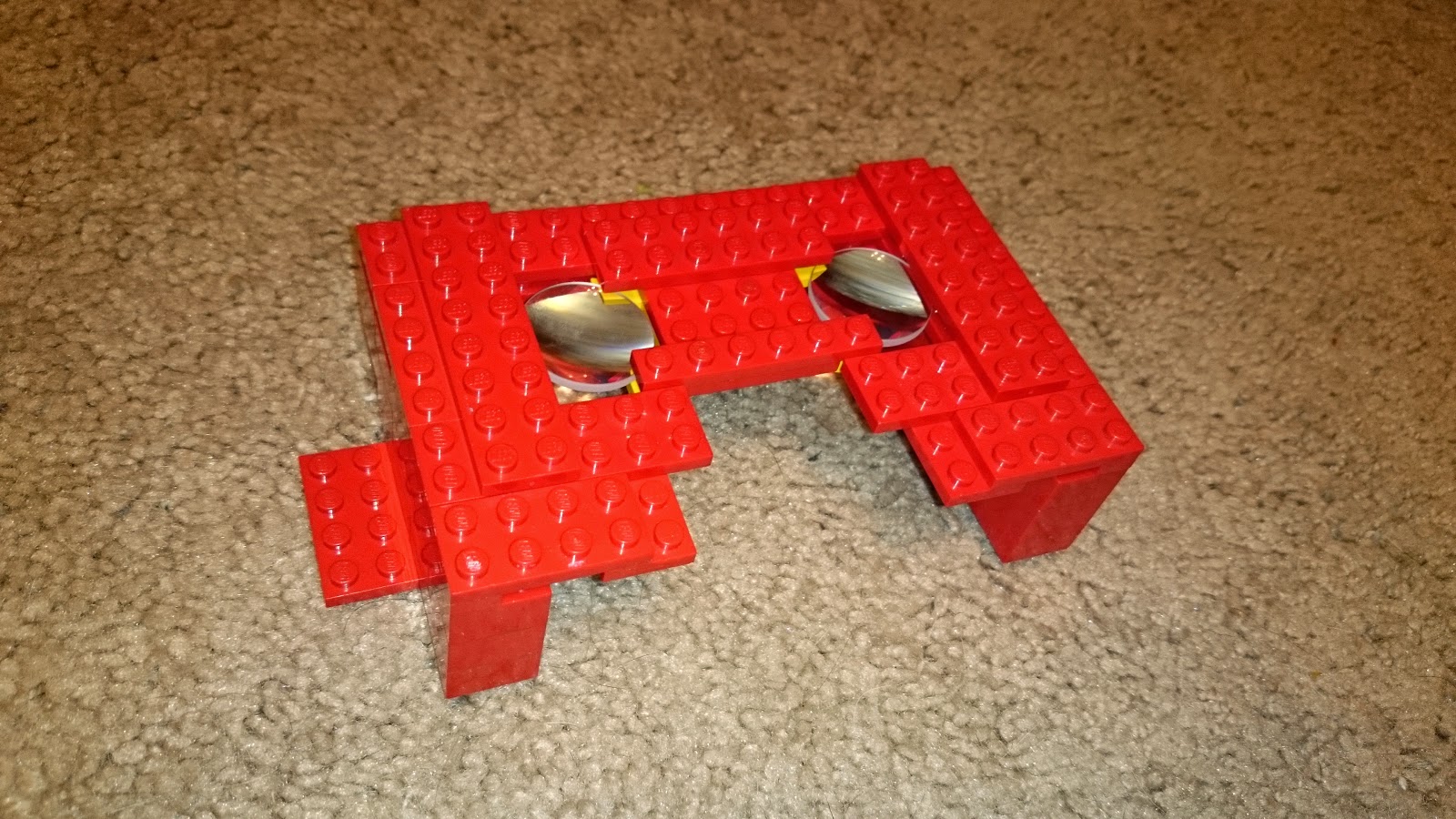 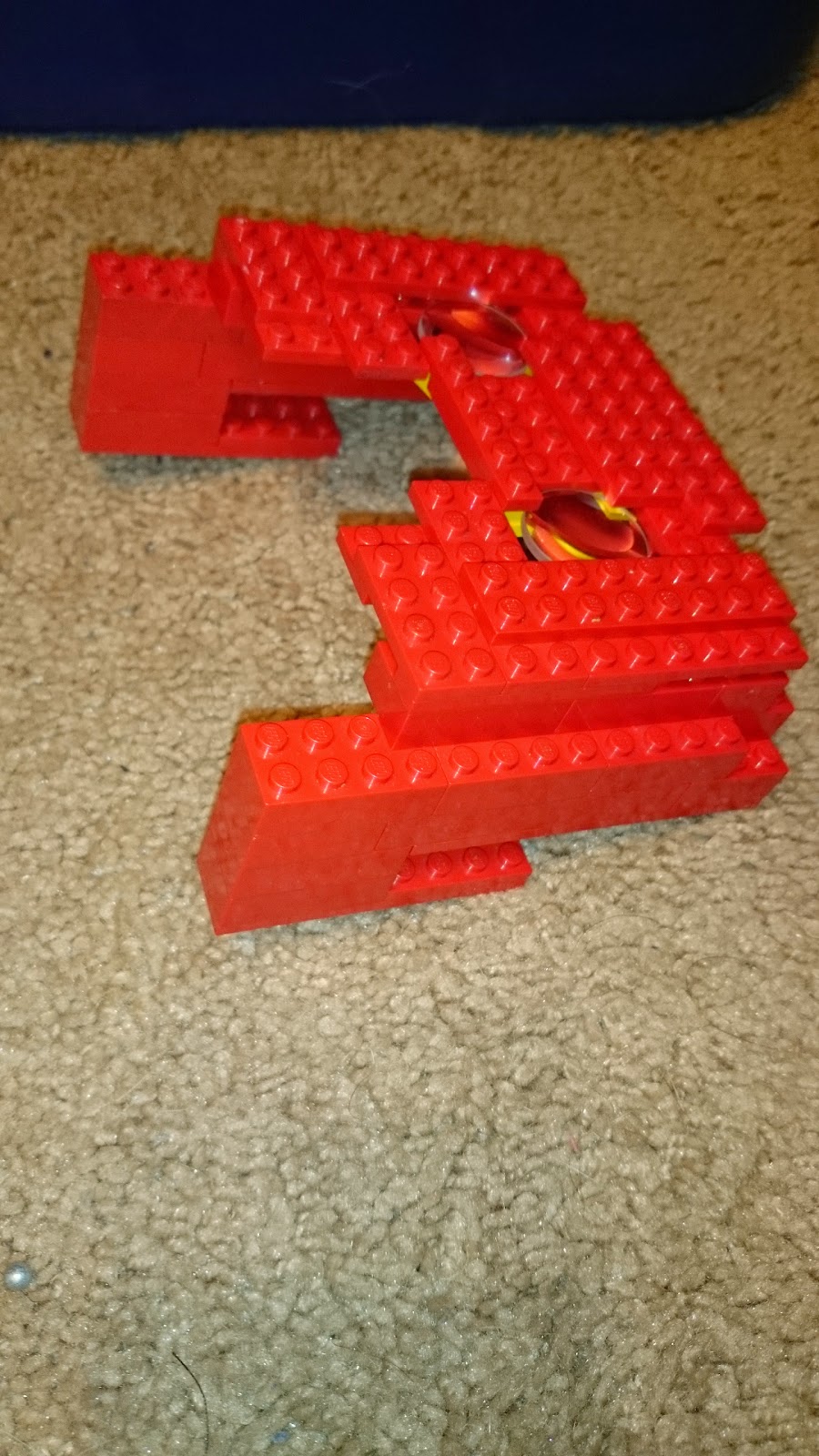 Structures to hold phone in place 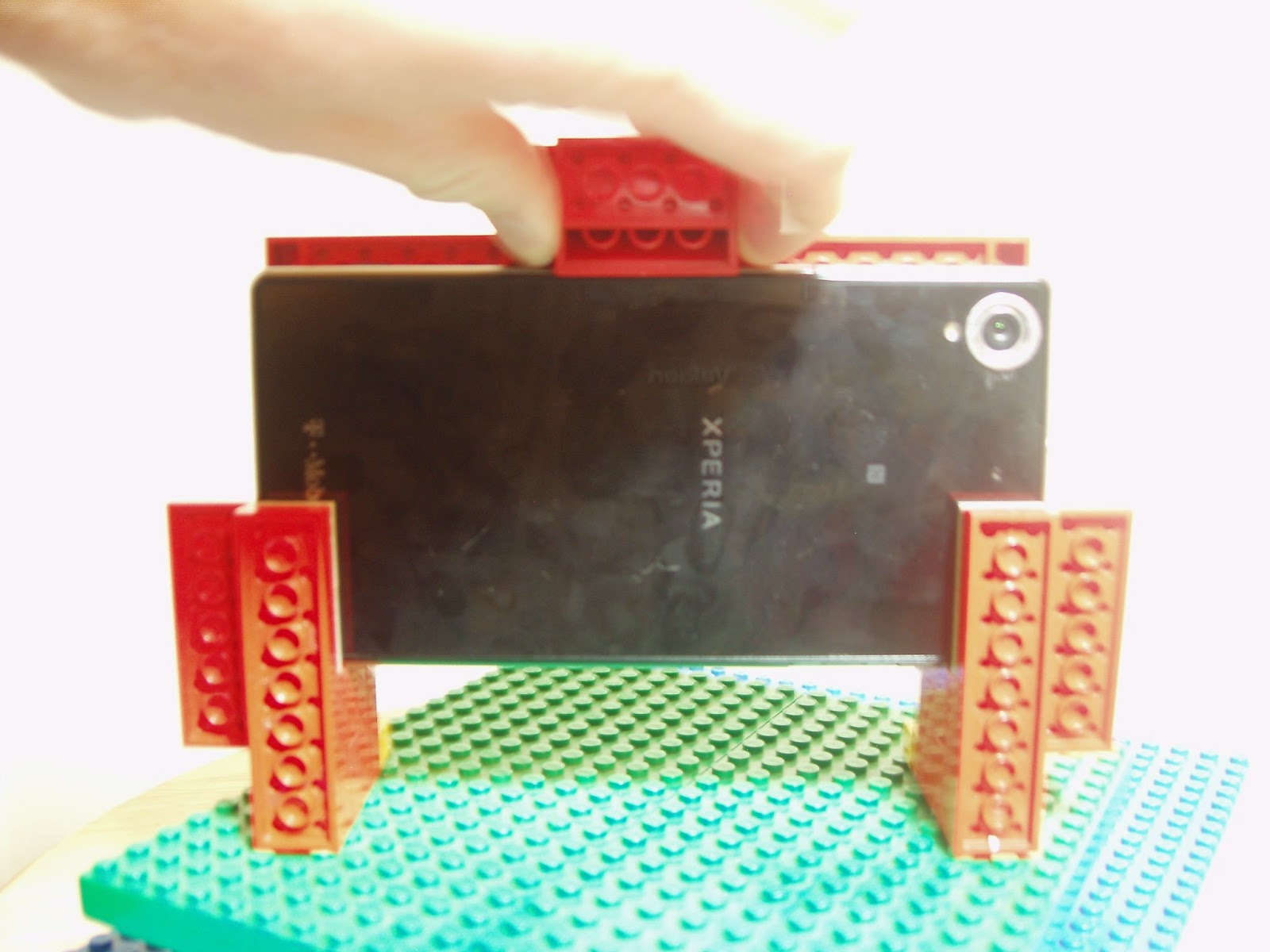 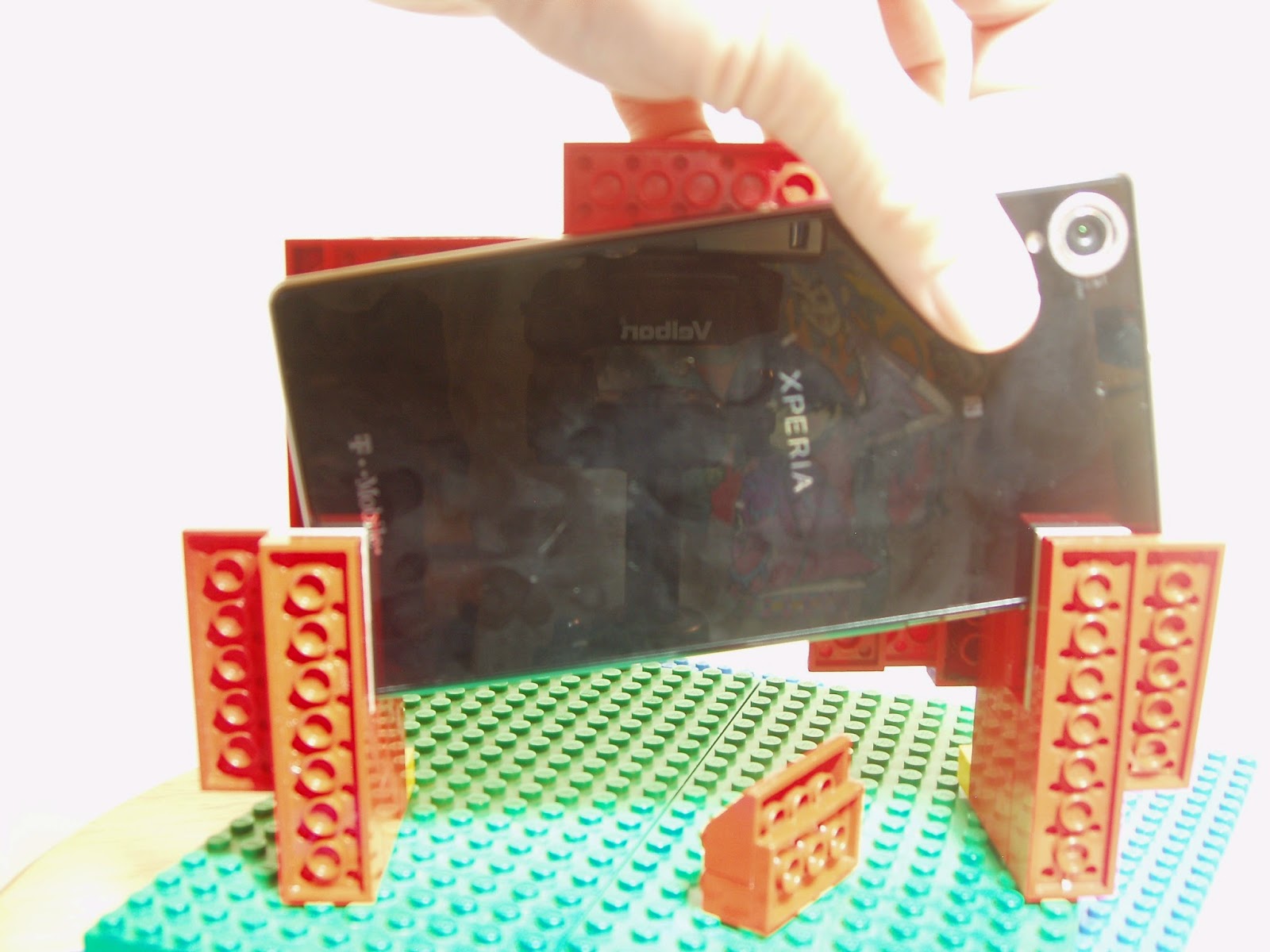 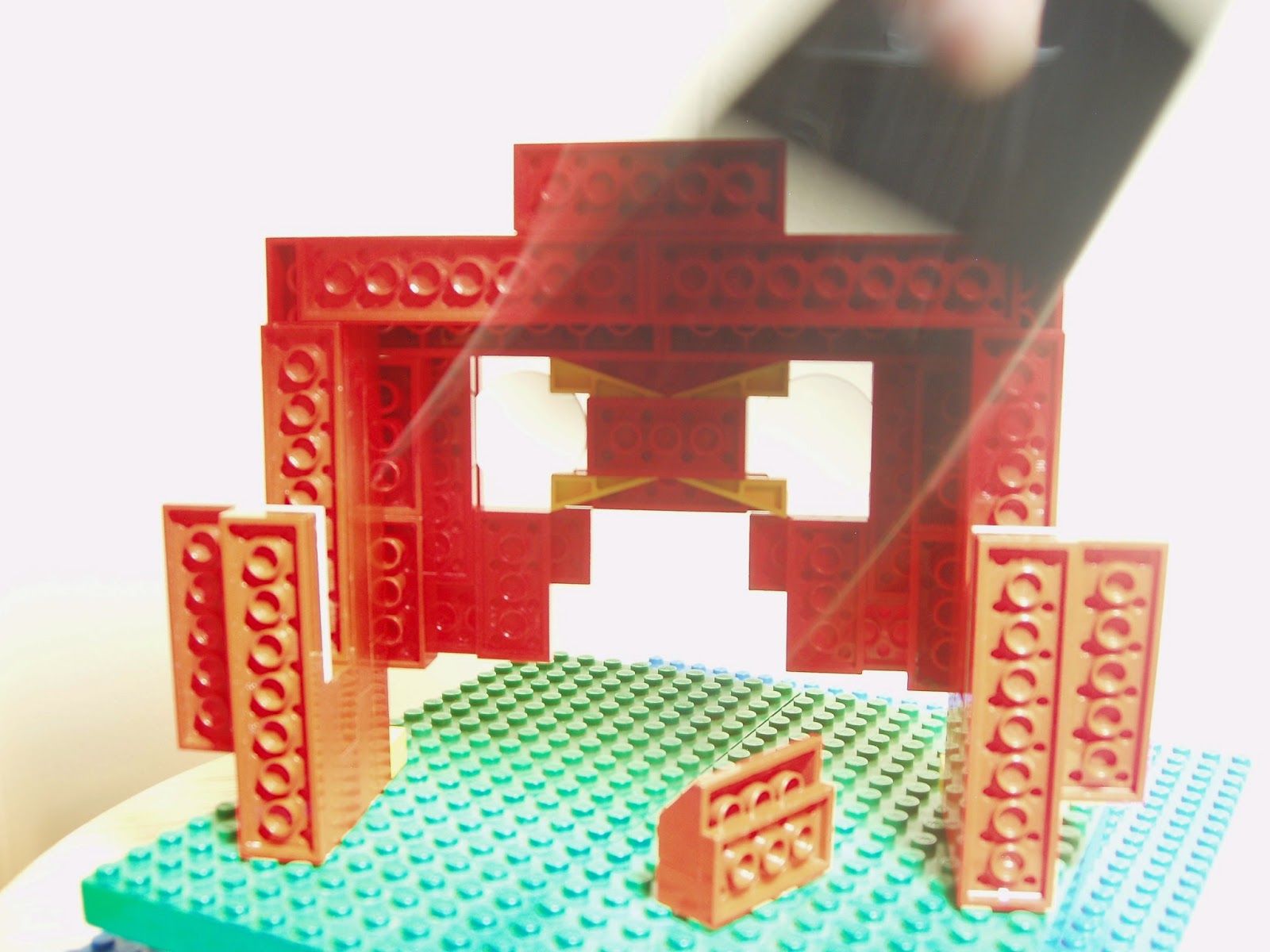 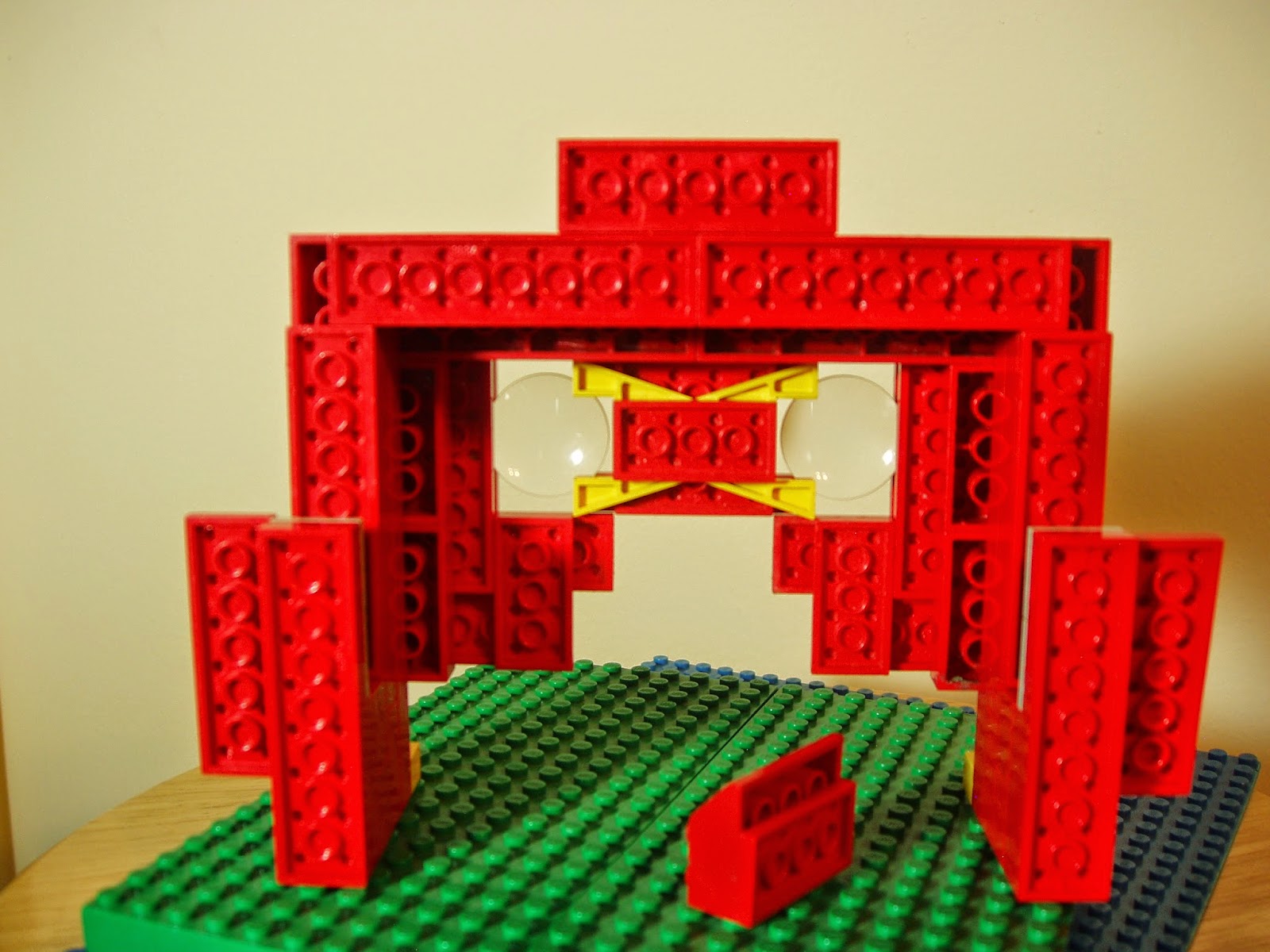 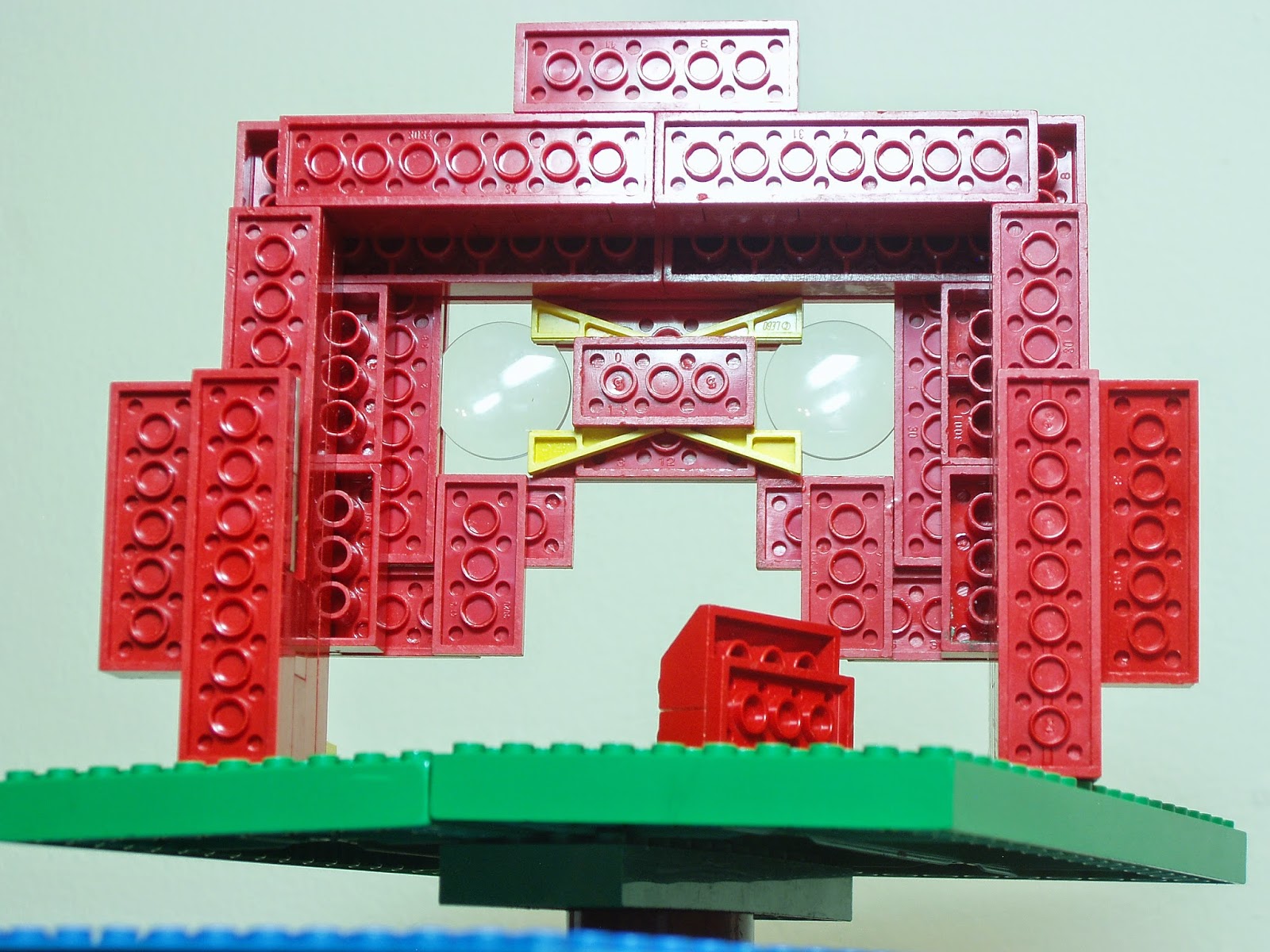 Rear shot without phone from below 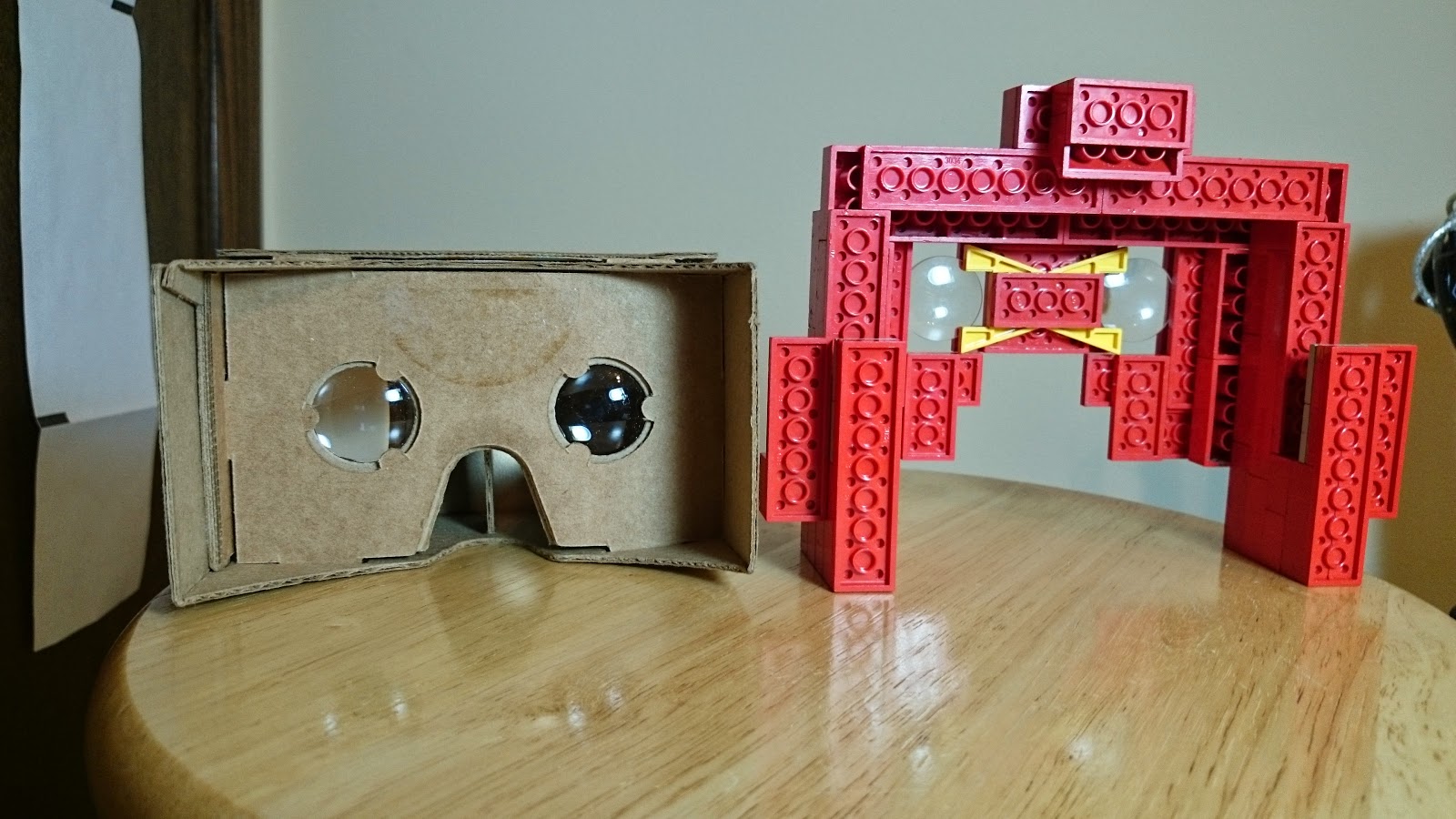 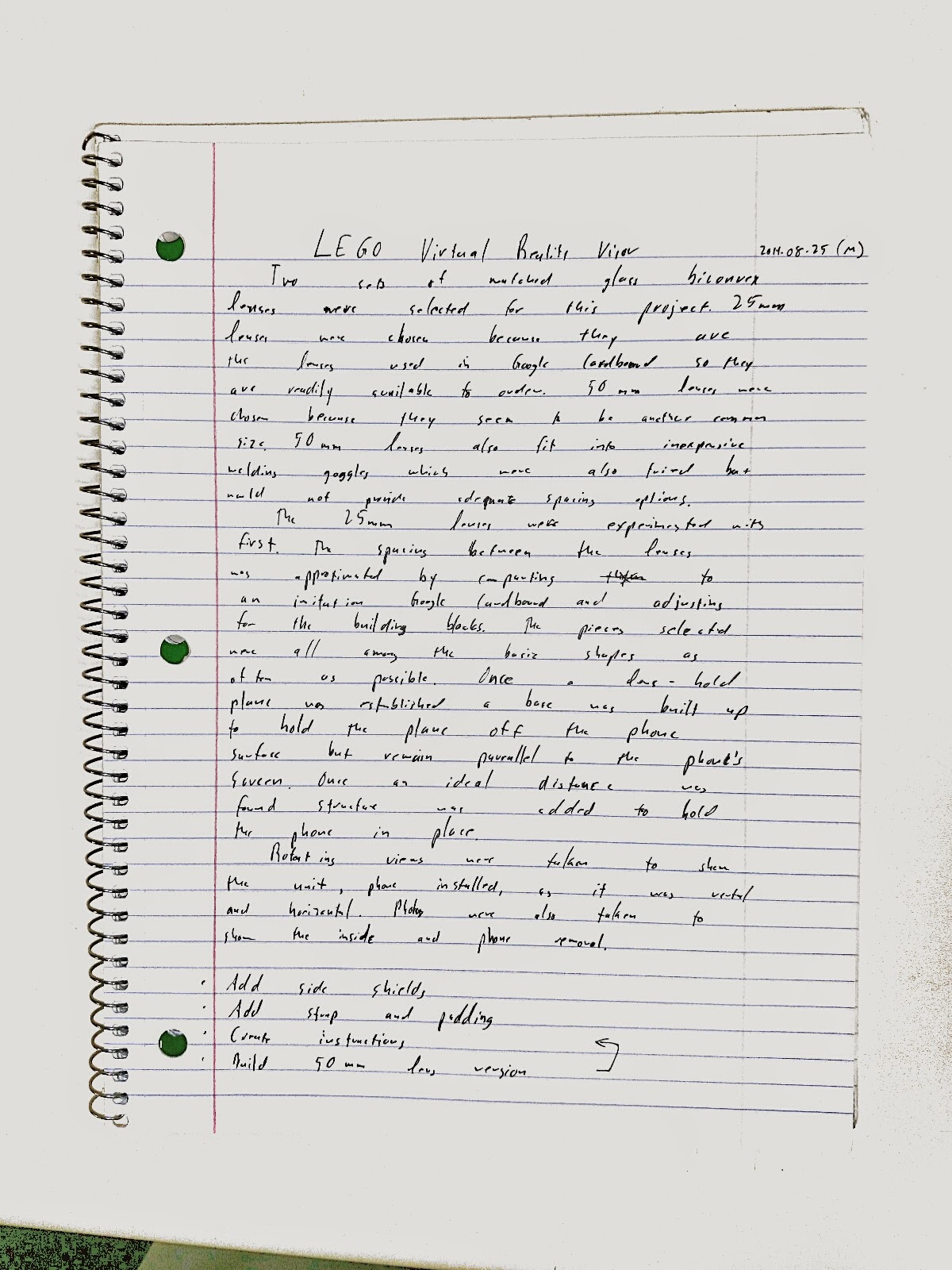